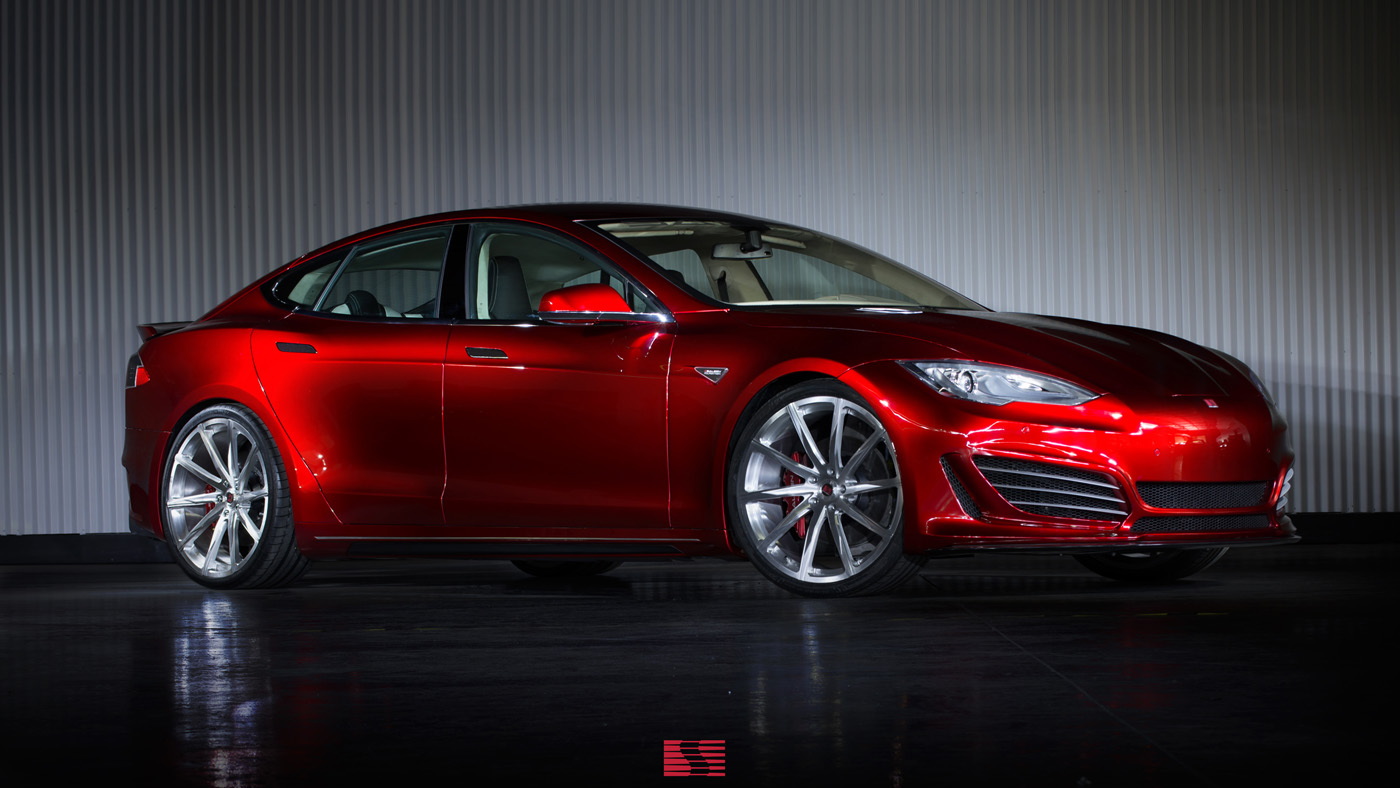 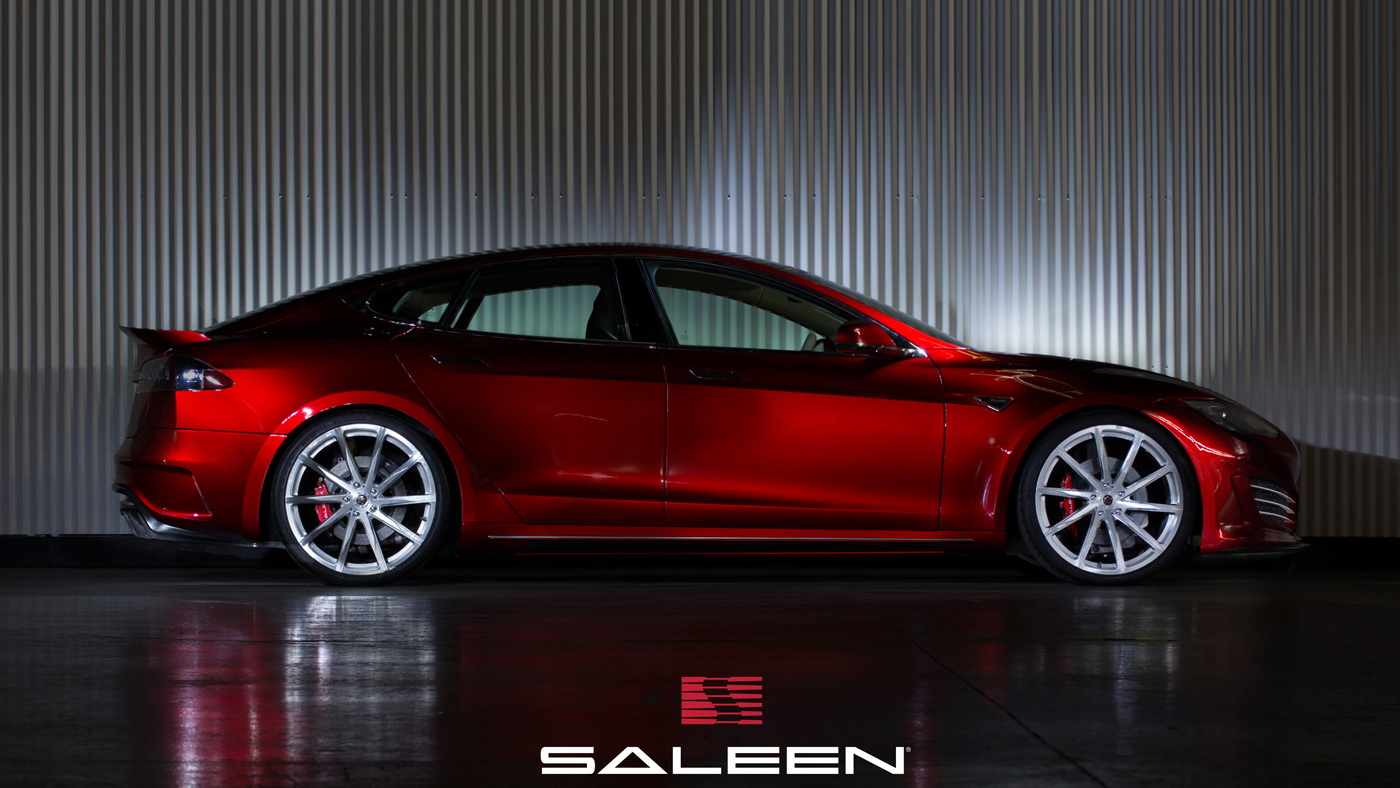 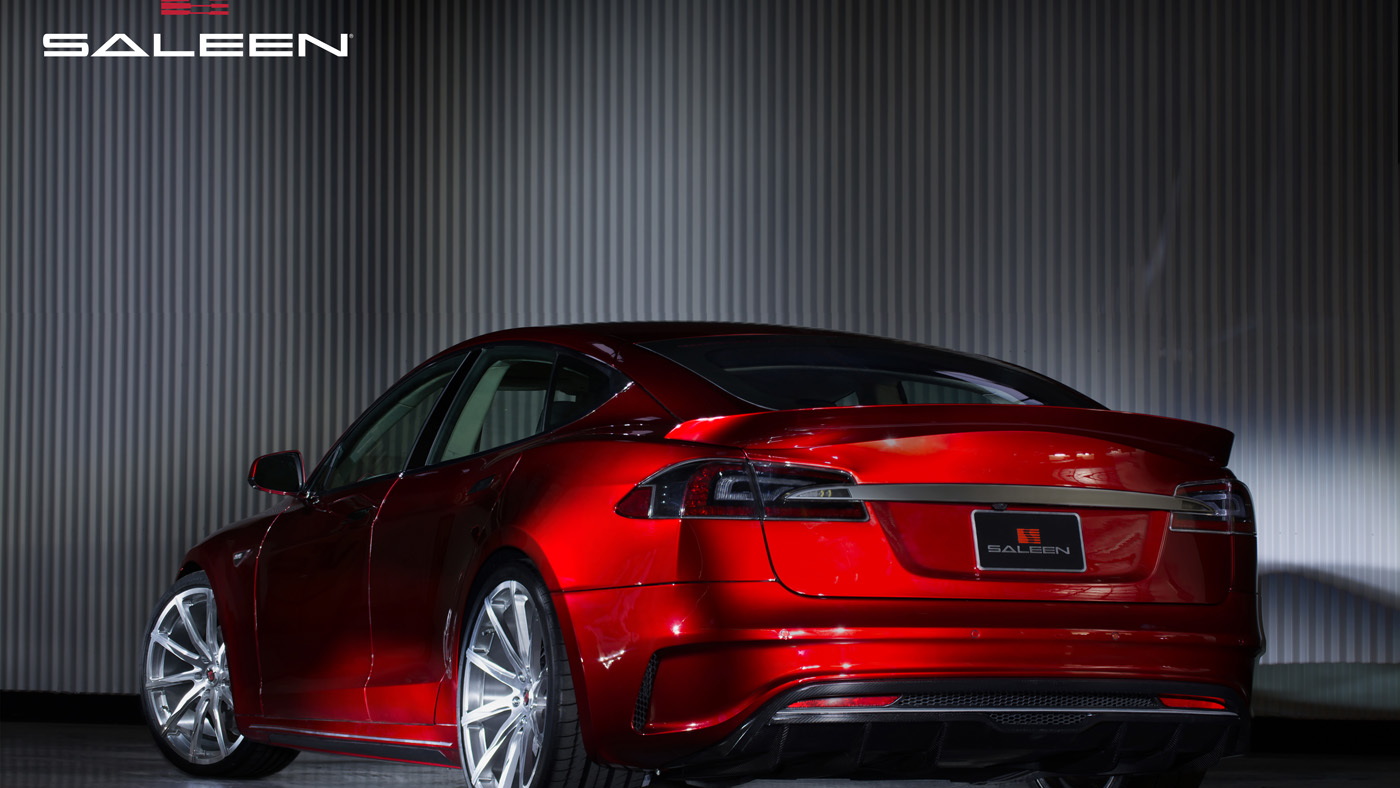 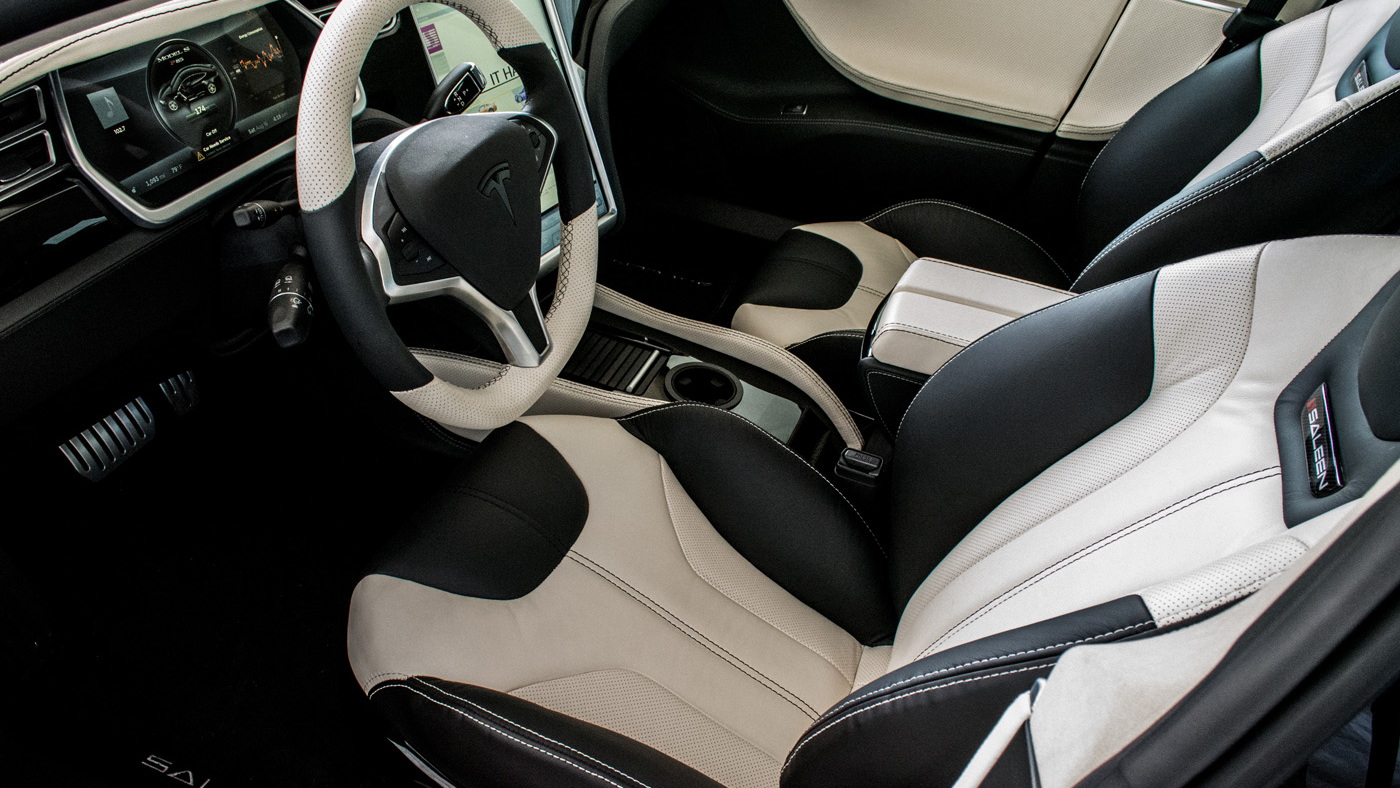 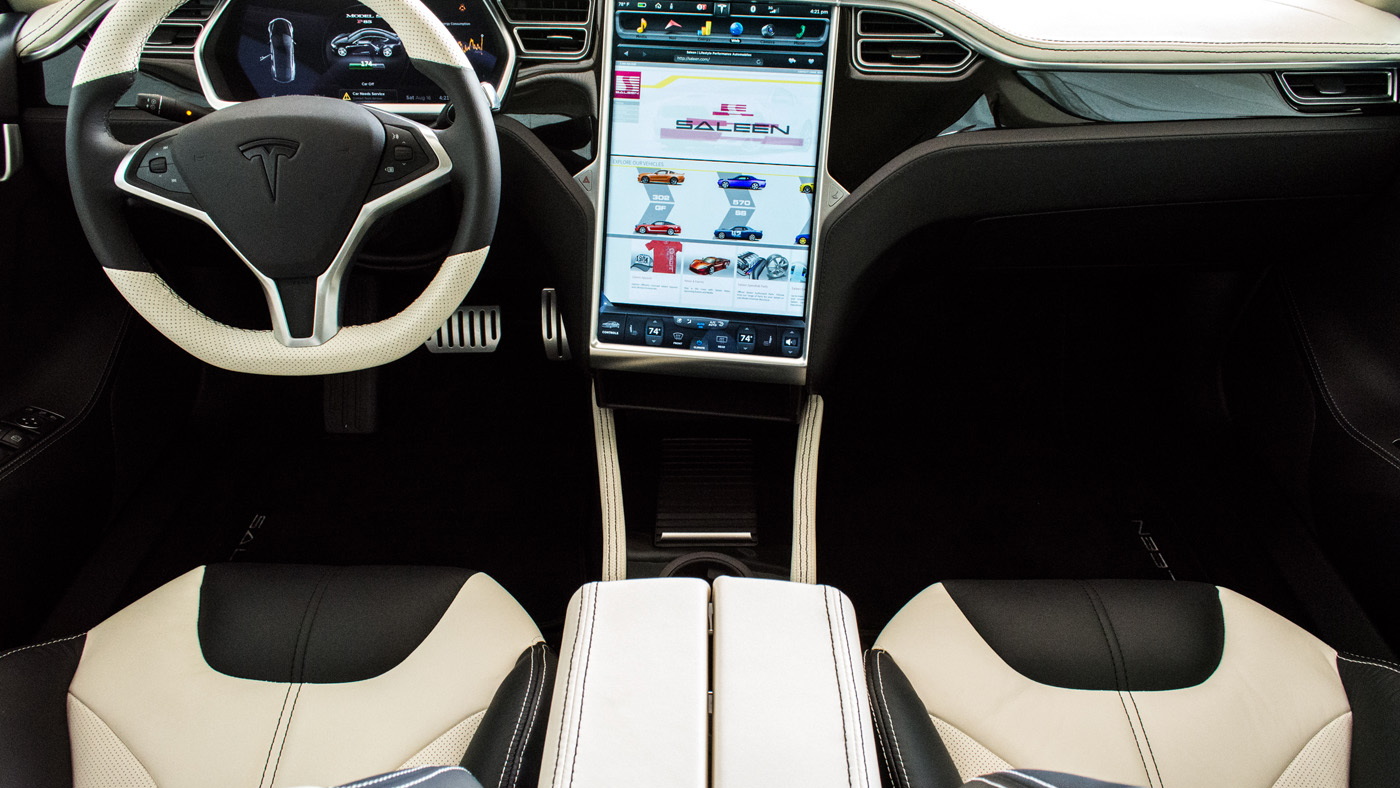 Saleen holds the Model S in high regard, apparent in the quality of its FourSixteen project.

Far from a mere sticker-job, the company has made changes to both the exterior and interior of the Model S, and even made a few tweaks to the car's drivetrain for extra performance.

The car's three-phase, four-pole AC induction motor is hooked up to a new 11.39:1 final gear ratio for improved acceleration, while a locking differential has also been installed for greater traction out of turns.

To ensure the car works at its optimum, Saleen has tweaked the Tesla's cooling system with a larger volume radiator, bigger cooling fans and a high-flow water pump.

It also sits on new S4 track-calibrated suspension with coilovers and a sway bar. Saleen says this enhances cornering ability without sacrificing the car's ride quality.

The Model S's stability control system has been re-calibrated to allow skilled drivers a little more control of the car's attitude before the system cuts in. Reining in the extra performance is a set of uprated aluminum vented rotors and multi-piston front calipers with performance brake pads.

In addition to a new set of wheels, the FourSixteen also wears ZR-rated tires for improved traction and cornering grip.

There are visual changes too, of course. Most notable is a new front facia that removes Telsa's blanked-off grille and replaces it with a deeper, more aggressive front bumper. The hood too is more aggressive, with an extra V-shaped section, which Saleen suggests creates extra downforce.

At the rear is a decklid spoiler and a carbon-fiber diffuser to channel airflow from under the car. Where normally a chrome strip sits between the taillights, another carbon-fiber panel now takes its place.

Inside, Saleen has replaced the usual Model S trim with a two-tone leather and Alcantara design while seat bolsters on both the front and rear seats have been increased to provide extra support when cornering.

Perhaps one change that any Model S owner would appreciate is a new center console. This provides extra storage for the driver and front passenger, a cupholder and a pocket for smartphones and other electronic devices.

The door panels and dashboard are also upholstered in two-tone leather, hand-stitched for a quality feel.

You do get a four-year/50,000-mile warranty though, and delivery shouldn't be too painful either--Saleen quotes a 6-8 week delivery slot following order confirmation and receipt.

And if you don't want the full package, Model S buyers can opt to buy individual components from Saleen's catalog.