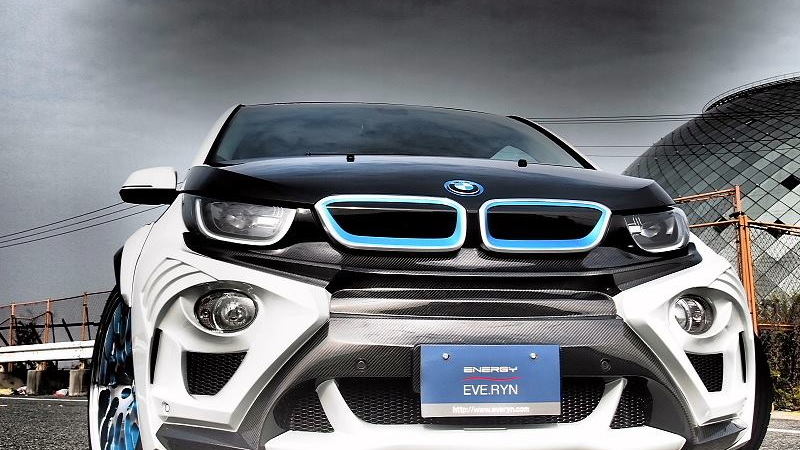 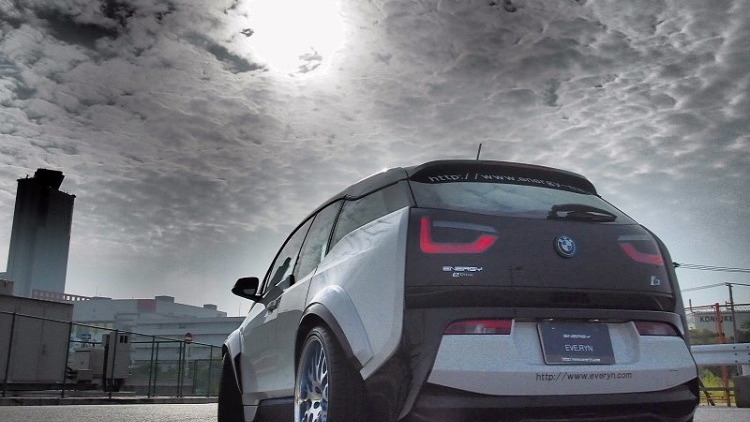 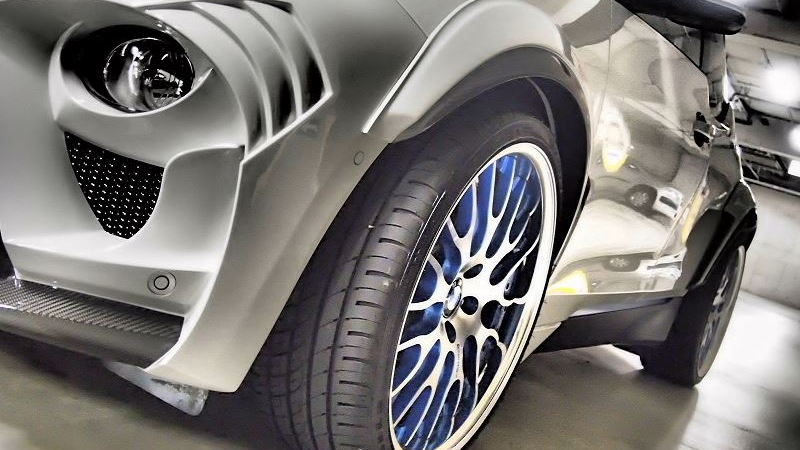 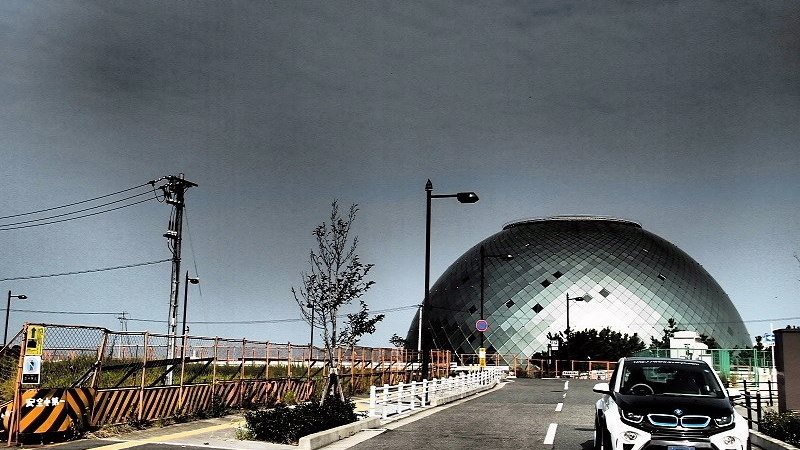 It had to happen eventually.

Many car owners have a strong desire to personalize their vehicles, and BMW buyers may be among the most enthusiastic when it comes to modifications.

So while the BMW i3 electric car is more about efficiency than showing off, perhaps it's not too surprising that there is now a body kit available for it.

According to BMW Blog, this aggressive-looking car is called the EVO i3, and it was put together in Japan.

Given that the i3 has no internal-combustion engine or radiator behind that front bumper, those intakes don't seem to serve a practical function.

The makeover is completed by custom 20-inch wheels in gunmetal grey with blue trim--meant to match the blue rings on the BMW twin-kidney "grille," presumably.

While the i3 is available with optional 20-inch wheels from the dealer (base models have 19-inch wheels), these appear to be much wider than stock.

BMW specified unusually narrow tires to reduce the i3's frontal area and rolling resistance, all in the interest of increasing efficiency.

The wider custom wheels and tires will probably erase those benefits, as will the rest of the modifications, which likely raise the car's drag coefficient.

Granted, there are many modified cars that sacrifice performance, efficiency, and practicality for a certain look.

So don't expect the i3 to be the last electric car to get this kind of treatment.

Noted tuner Saleen recently made the leap from modified muscle cars to plug-ins with its FourSixteen, a modified Tesla Model S.

Saleen's take on the Model S features exterior and interior styling changes, as well as some mechanical tweaks for added performance.