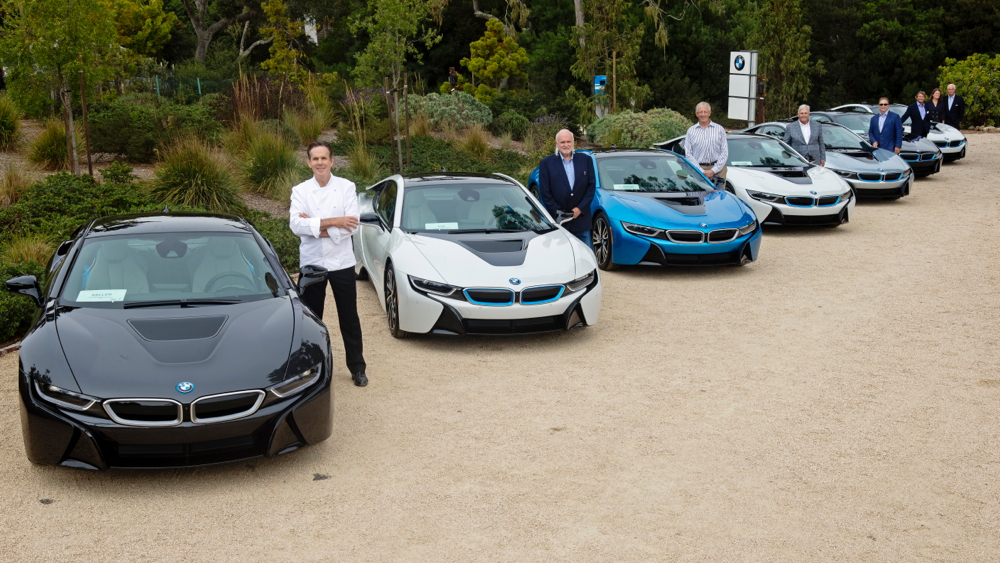 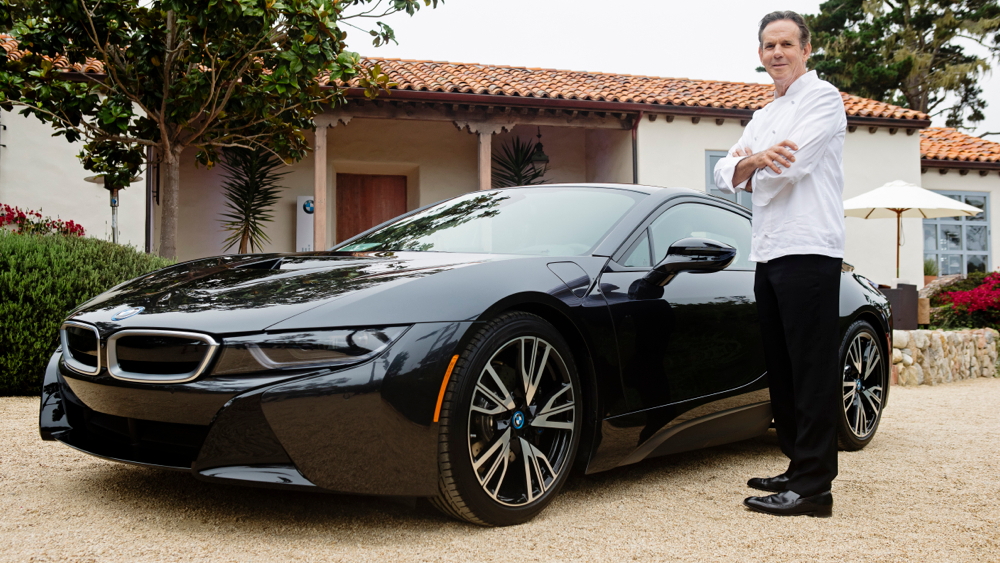 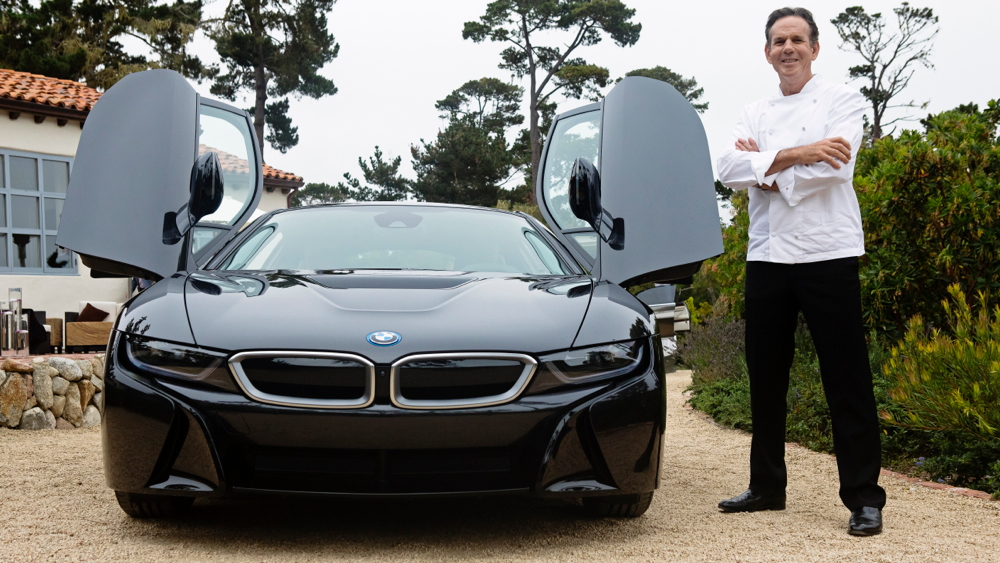 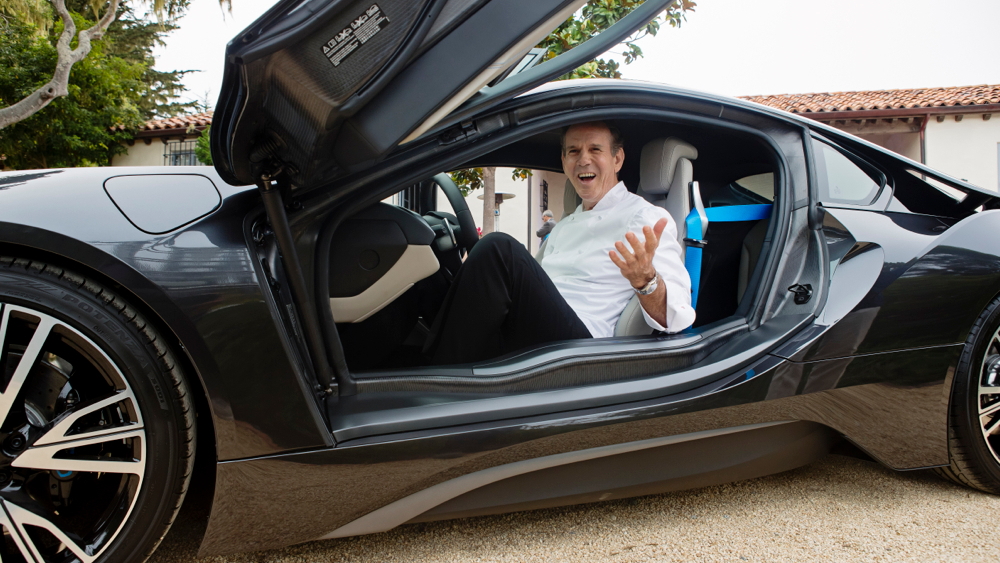 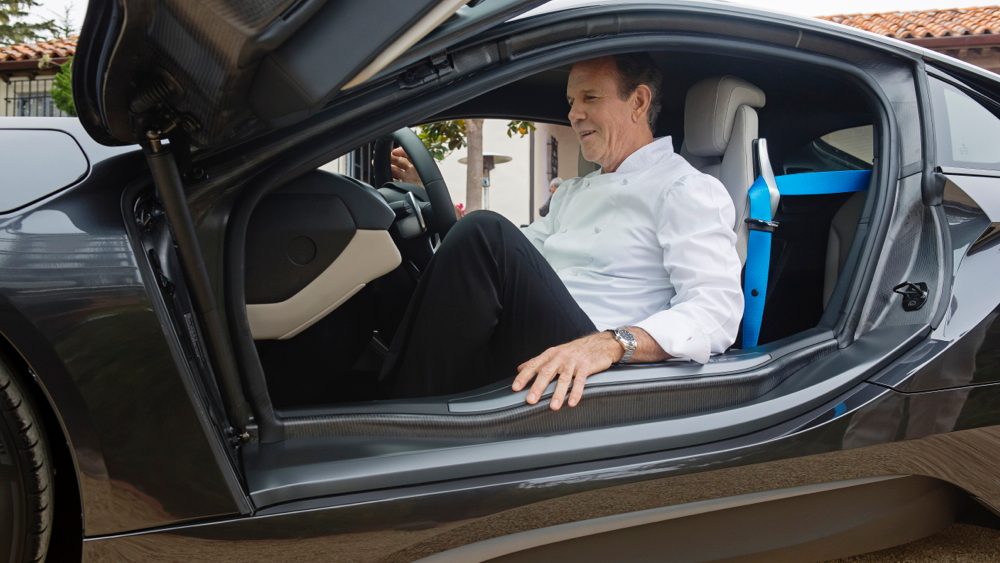 The annual Pebble Beach Concours d'Elegance is perhaps the premiere classic car event in the country.

Lately, it's become a place for manufacturers to preview their newest and most exclusive new models.

With hundreds of rare and expensive cars on display, this celebration of high-dollar automotive history may not seem like the place to show off a fuel-efficient plug-in hybrid.

Unless, of course, that plug-in is the 2015 BMW i8--which stands out in just about any crowd thanks to its striking styling.

BMW chose Pebble Beach to deliver the first few i8 coupes to their eager buyers, arranging a dinner for the first handful of owners.

The event was hosted by one member of that group: Chef Thomas Keller owns restaurants in New York and California's Napa Valley, and was one of the first people to be handed the key fob to an i8.

Given the list of first i8 owners, it must have been an interesting party.

From the automotive realm, there was Roger Penske--overseer of dealerships and multiple race teams--and Rick Hendrick, owner of the nation's second-largest privately-held dealership group and the Hendrick Motorsports NASCAR Sprint Cup team.

BMW was likely pleased to see so many CEOs on the list of first orders for its unusual i8 coupe.

The car's attention-getting lines often overshadow its efficiency, but it's priced at a level to compete with faster (and perhaps coarser) sports cars and entry supercars.

In addition to delivering the first customer i8 plug-in hybrids, BMW auctioned off a one-of-a-kind i8 Concours d'Elegance Edition at the Gooding & Company Pebble Beach sale.