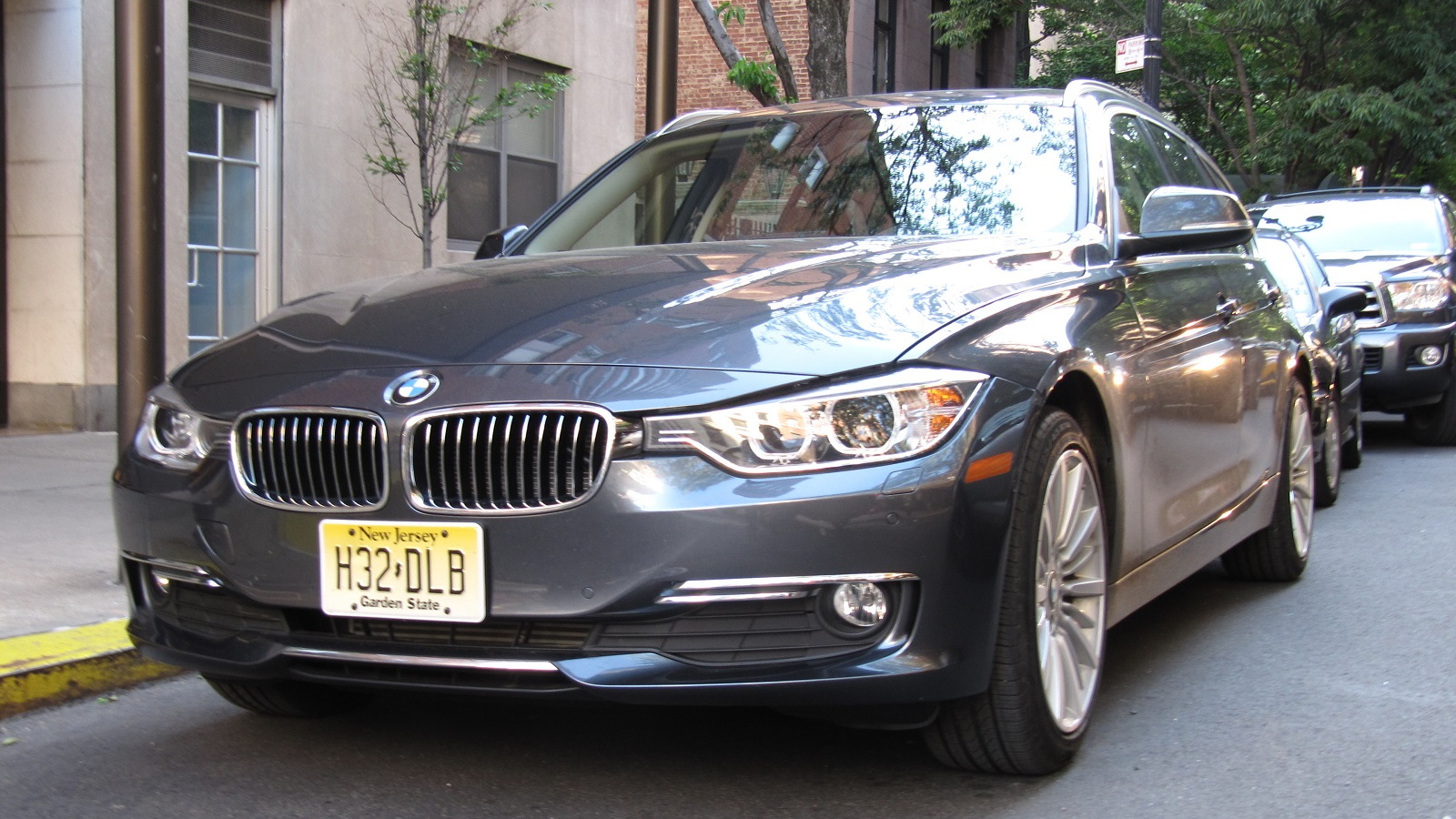 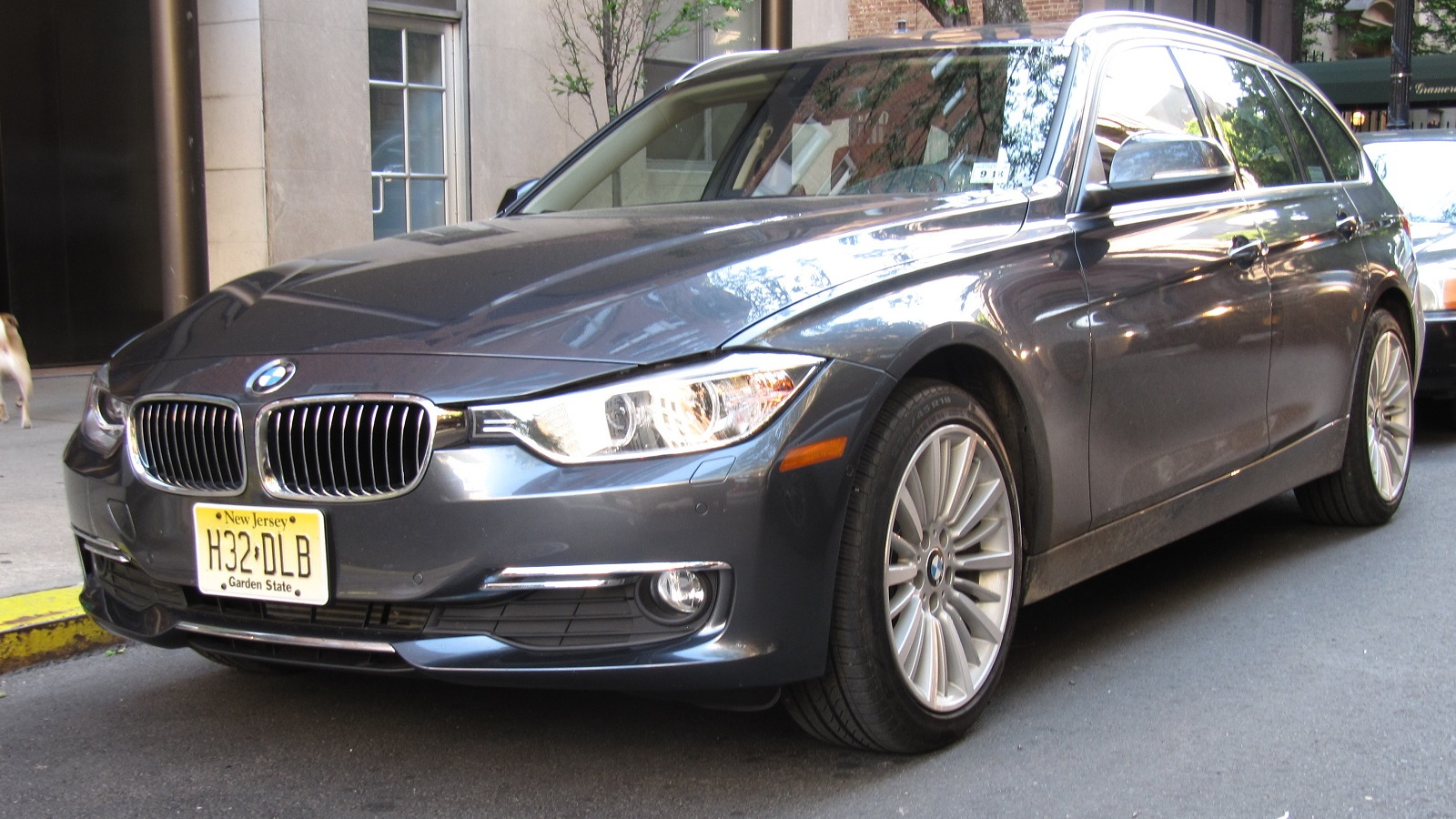 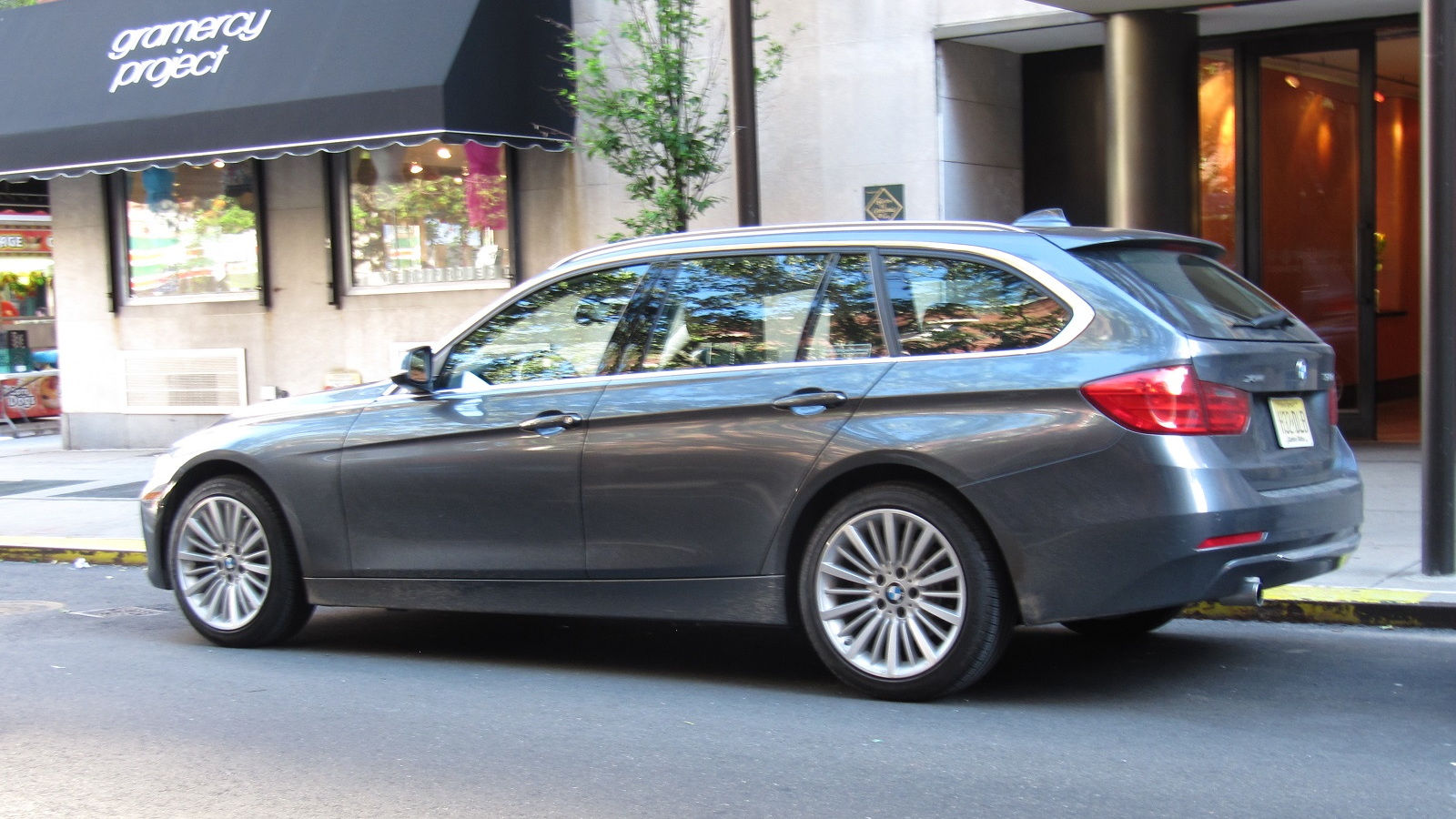 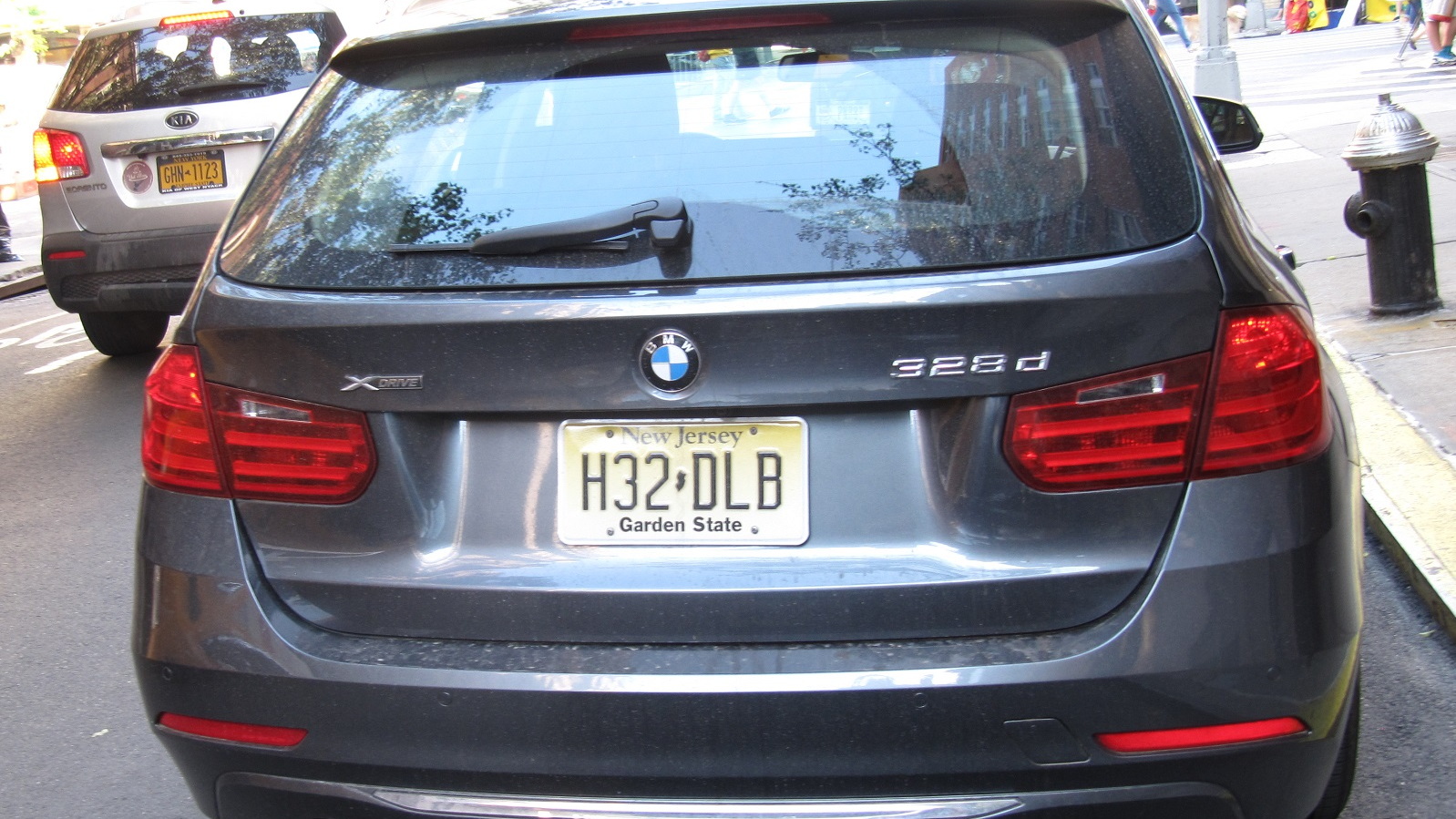 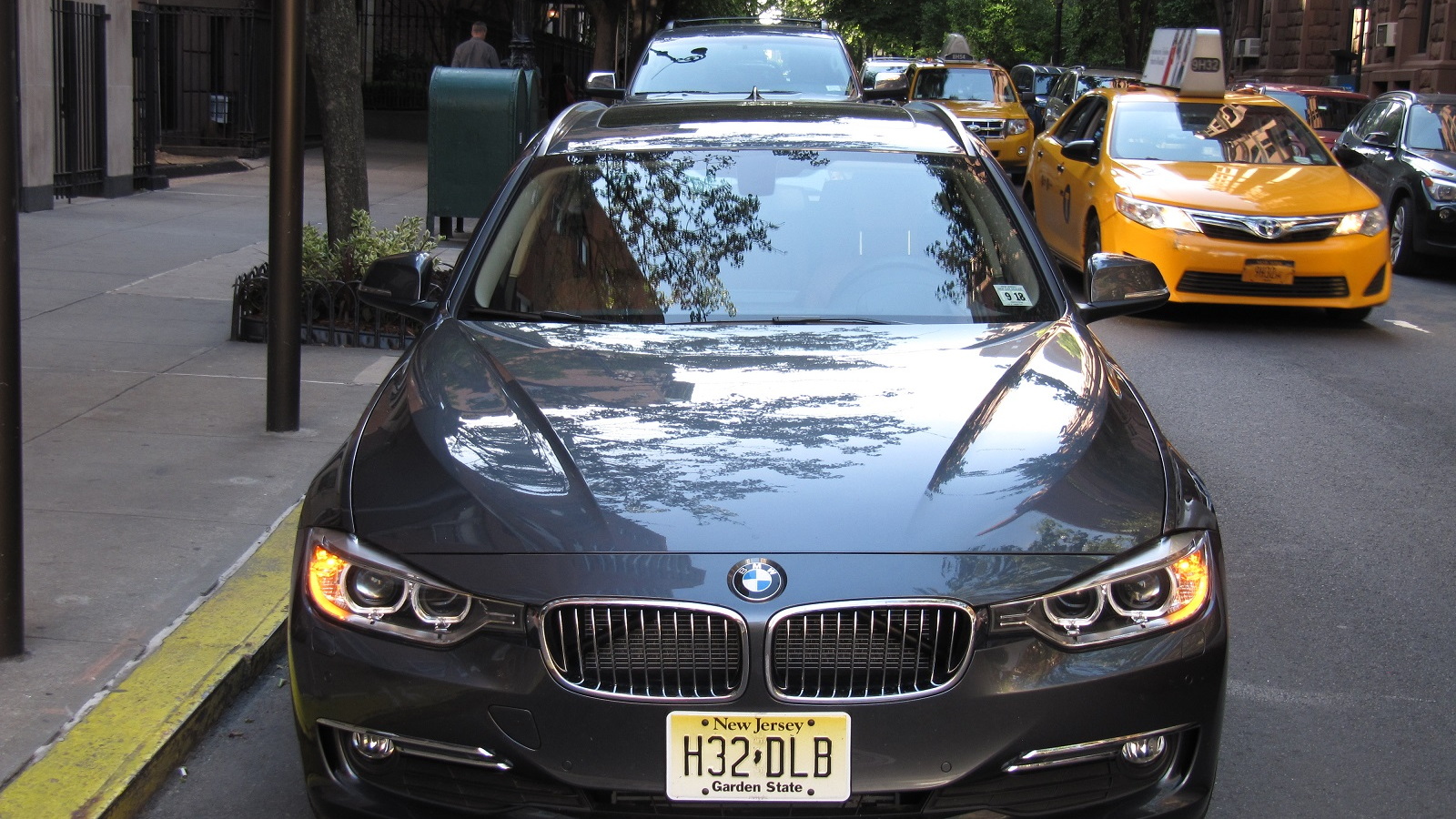 Lots of people want practical vehicles to haul families and their goods around, and increasingly small and fuel-efficient diesel engines are an option--albeit often an expensive one.

We've tested several diesel SUVs and crossover utility vehicles lately. But last weekend, we got a chance to test one of two diesel wagons sold in the U.S.

Ours was the 2014 BMW 328d xDrive Sport Wagon (the other is the Volkswagen Jetta TDI SportWagen, which is many thousands of dollars cheaper).

Diesels are smooth and fantastically efficient at highway speeds, if not necessarily at their best around town and in stop-and-go traffic.

With a long highway trip ahead of us, we climbed into the dark grey 328d wagon and spent our first 10 miles in the thick of New York City traffic--after which it registered a dismal 13.2 mpg on the trip computer.

Then the highway north to hilly upstate New York opened up, the BMW settled into a comfortable cruise mode--and we quickly decided that this was going to be one very comfortable road-trip car.

The diesel 3-Series wagon is rated by the EPA at 35 mpg combined (31 mpg city, 43 mpg highway)--and that seems eminently realistic to us if your duty cycle doesn't have a lot of urban stopping and starting.

At the end of a long weekend, we'd covered 497 miles--at an average fuel economy reading of 41.7 mpg. With 50 miles or so remaining, we didn't even have to refill the 15-gallon fuel tank.

Perhaps 80 percent of those miles were covered at highway speeds, underscoring the diesel's efficiency under light loads.

And as a highway cruiser for two people and a variety of luggage, BMW's littlest wagon was a joy. Behind the wheel, it felt more lively and connected to the road than the diesel BMW 528d sedan we tested earlier this year.

The engine largely stayed at speeds as low as 1250 rpm, aided by control logic that saw the eight-speed transmission upshift four or five times by the time the car reached 35 mph around town.

From the inside, only an occasional low-pitched rumble as the engine pulled hard at low speeds betrayed the diesel power, though from the outside, the distinctive diesel sound was clearly evident.

The 2014 328d is powered by a 180-horsepower 2.0-liter turbocharged diesel four-cylinder engine paired to an eight-speed automatic transmission and all-wheel drive. Quoted torque is 280 lb-ft, and the BMW 3-Series wagon weighs roughly 3,800 pounds.

A start-stop system is also fitted, to switch off the engine when the car is stopped. We found the system adequately quick to switch the engine back on when the brake pedal was lifted, but it only seemed to kick in once the engine had warmed up for 15 or 20 minutes.

On top of that, our test car had a $3,100 Technology Package, which wrapped together the in-dash navigation system and touchpad input (which we didn't test), the quite useful Head-Up Display for the driver, and a host of infotainment and connectivity services, apps, and smartphone integration enhacements.

That was followed by the Premium Package, at $2,200, composed of satellite radio with a one-year subscription, lumbar supports in the front seats, and keyless entry. Yep, $2,200 for that bundle of three items.

The Harman/Kardon surround-sound system added $975, a Cold-Weather Package (heated front and rear seats and steering wheel, plus headlamp washers) was $950, as was a Driver Assistance Package (rear-view camera and Park Distance Control sensors), and the xenon headlights that made up the Lighting Package were $900.

With the mandatory $925 destination fee as the last item on the "options" list, the bottom line for our 40-mpg BMW diesel wagon was a breathtaking $56,750.

While we loved the car's fuel economy, on-road behavior, and its comfort as a long-distance cruiser, we'd likely try to order one that kept us in the $45K to $47K range--which may be why we're not BMW owners.

But it's good to have a wagon alternative to the growing pool of diesel crossovers out there, both compact and mid-size, and we will be curious to see how BMW 328d wagon sells.

While we know that Audi will offer a diesel version of its all-new A4 sedan when that car is introduced next year, we don't yet know if the A4 Avant wagon will join the new sedan--or whether it too might be offered with a diesel.

Given the success of the Volkswagen Jetta TDI SportWagen--which will apparently become the VW Golf SportWagen in its next generation, with or without TDI diesel powertrain--we can only hope more wagons will join the diesel options in the U.S. market.