In fact, Nissan got a low-interest loan for $1.6 billion from the U.S. Department of Energy to make that possible.

So why does every 2013 Leaf carry a window sticker saying that its U.S. and Canadian content is just 15 percent--while 80 percent of its parts content comes from Japan? 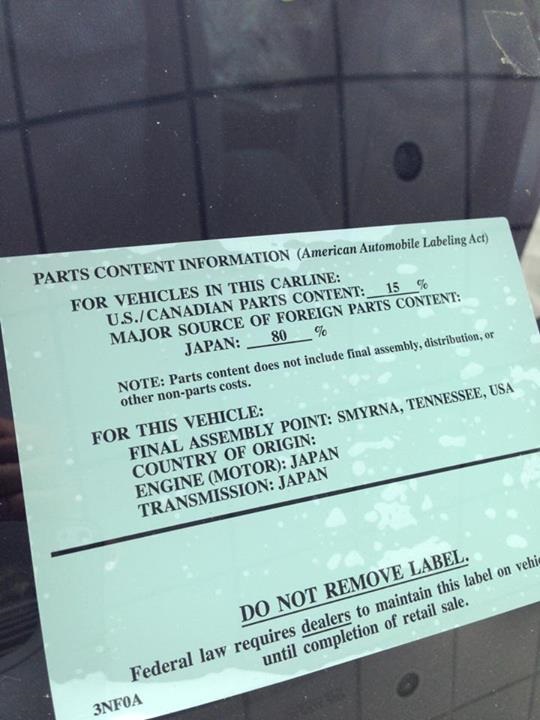 The question arose in late July, coming from electric-car enthusiast Andrew Chiang, who photographed the sticker on a brand-new 2013 Leaf at Nissan Sunnyvale, in California.

Chiang posted the photo in the San Francisco Bay Area Nissan Leaf Owners Group on Facebook, and it seemed worthy of an answer.

You can think of it as a Good News/Bad News story.

First, the bad news: The earliest 2013 Leafs did indeed have only 15 percent of their parts manufactured in the U.S.

The bulk of the parts in the cars were manufactured in Japan and imported from there, whether directly by Nissan or by its parts suppliers--even if those suppliers were U.S.-based.

The good news, however, is that the content manufactured in the U.S. will be considerably higher for 2014 Leaf models.

Nissan declined to specify that number, saying that the 2014 models (which will arrive at dealers in December) were still being finalized. 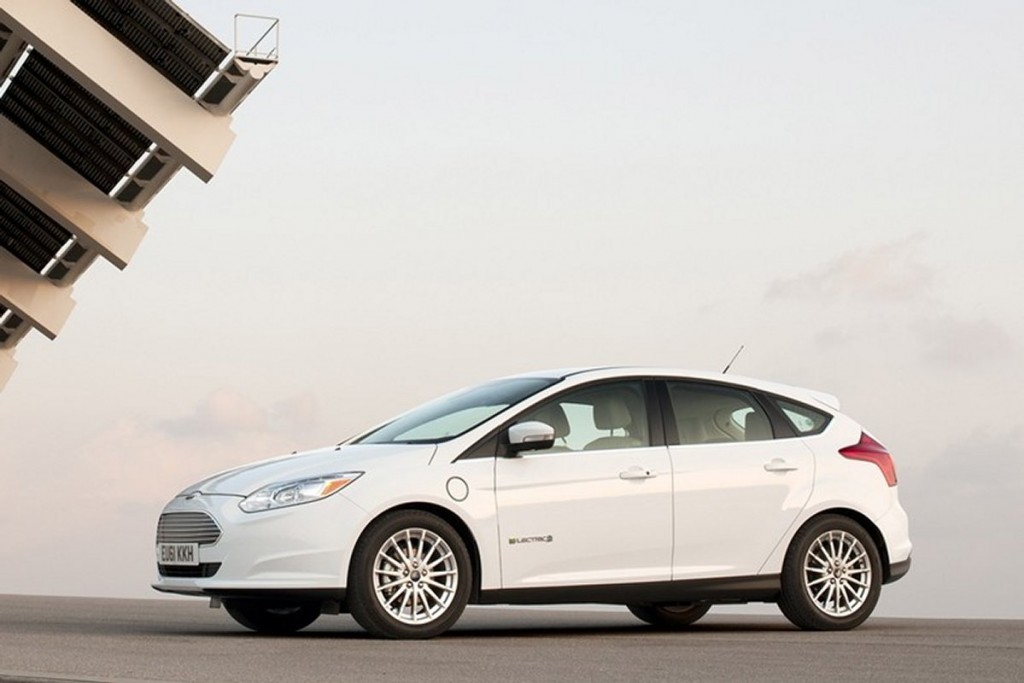 But Brian Brockman, a senior manager of corporate communications, suggested that the 2014 Leaf percentage for U.S./Canadian parts content would be "roughly similar to other U.S.-built advanced technology vehicles."

Asked for an example, Brockman suggested the 2013 Ford Focus Electric--which has a U.S./Canadian parts content of 40 percent, according to the listings of American Automobile Labeling Act (AALA) content compiled by the National Highway Traffic Safety Administration (NHTSA).

The 2014 Chevrolet Volt, for purposes of comparison, has a U.S./Canadian parts content of 45 percent. Of the remainder, 19 percent comes from Korea and 17 percent from Japan.

GM did not receive DoE low-interest loans following its 2009 bankruptcy and Federally-backed restructuring.

Tesla paid back its entire $465 million DoE loan in May, several years early. 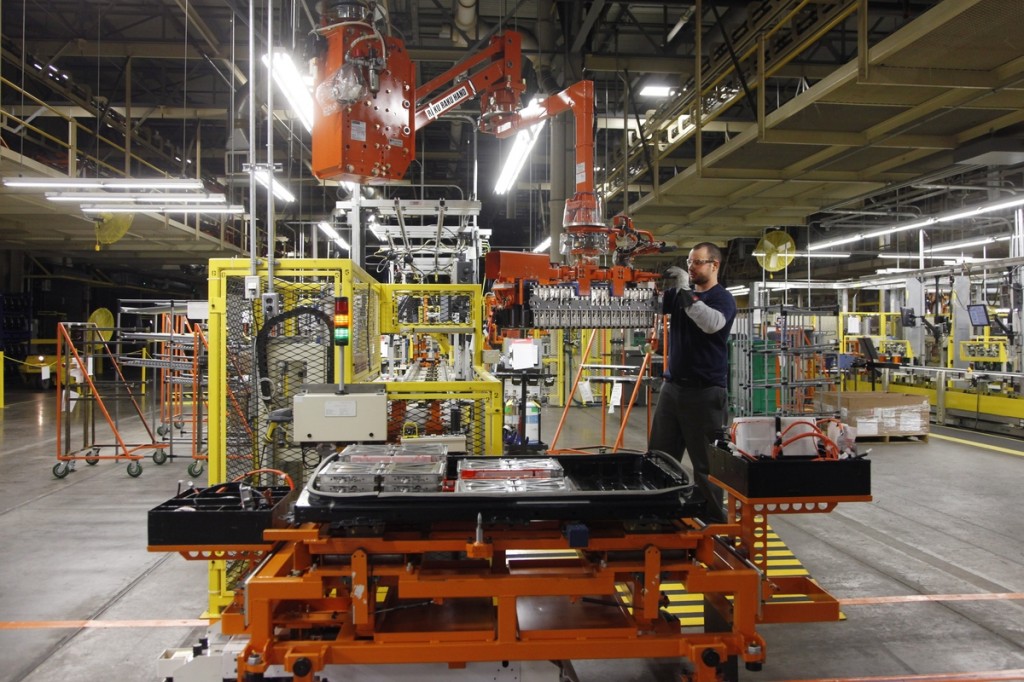 Both Brockman and Billy Hayes, Nissan's Japan-based vice president for global electric car sales, noted that a number of factors played into the low domestic content number for 2013. 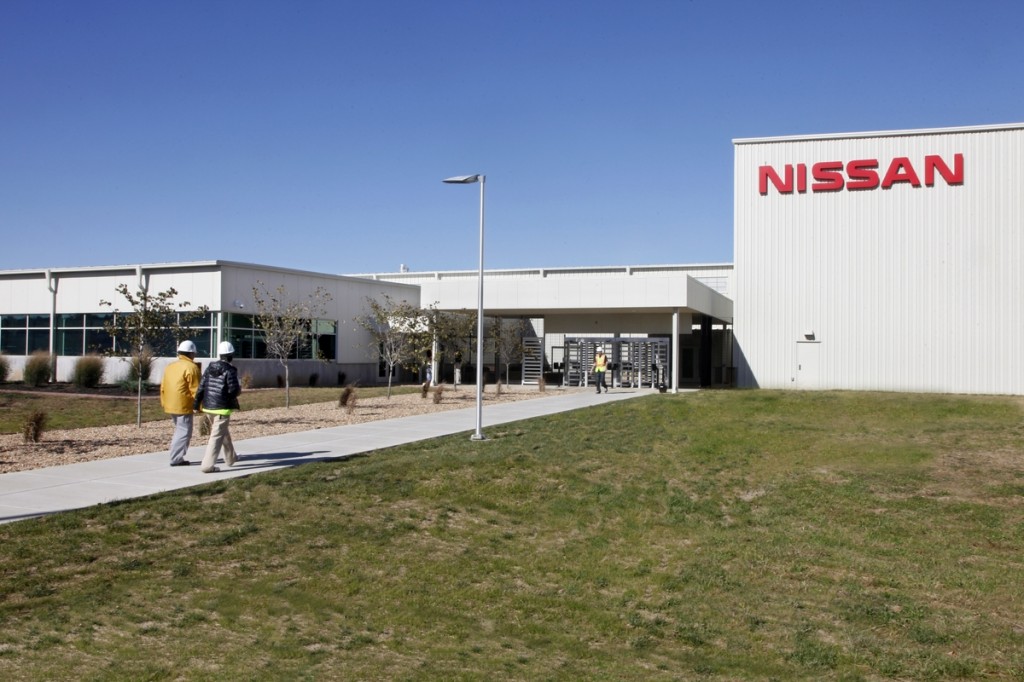 Nissan says that the U.S. and Canadian content of the 2013 Leaf has risen during the year's production, but declined to provide more recent numbers.

The company, indeed, would not offer any other metrics that might provide an alternative picture of the car's total U.S. economic impact.

"We do not provide other localization metrics outside of the company," Brockman wrote. 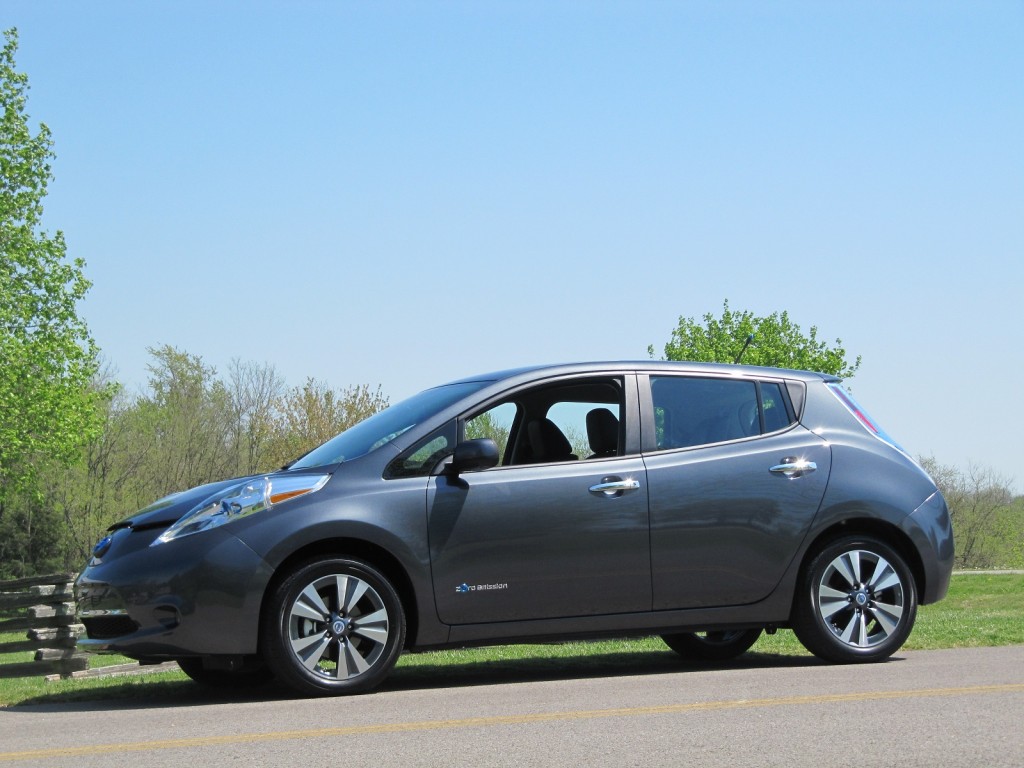 Expanding on the points above, Brockman also provided the following written statement:

The AALA reporting protocols do not fully comprehend the localization effort with Nissan Leaf for a number of reasons. First, due to reporting requirements, 2013 Leaf label values reflect content in vehicles that were built prior to start of production, which included imported content that were subsequently sourced locally.

For example, the label lists the eMotor production source as Japan, but we began producing electric motors for Leaf at Decherd, Tennessee, shortly into the production year. 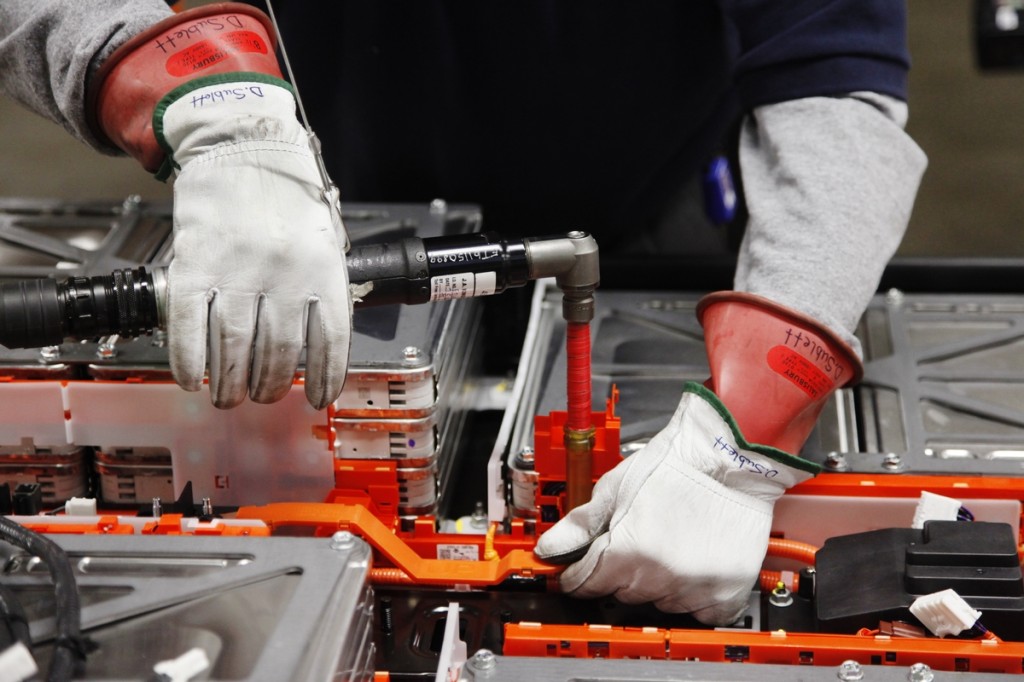 Nissan is currently tabulating the 2014 Leaf data for AALA, but we expect the percentage of US/Canada content to increase to a level similar to comparable, advanced-technology vehicles.

In addition, AALA does not include production cost in its calculation, and therefore does not reflect the value add that takes place while turning raw materials and basic components into battery packs, electric motors and the fully assembled vehicle.

Finally, AALA is cost-weighted. So an advanced technology vehicle such as Leaf contains specialized components that drive a higher percentage of cost compared to an internal-combustion-engine-powered vehicle.

Since Leaf is just starting to build higher volumes, economies of scale can still, in some cases, be on the side of a global supplier rather than a localized source for materials. As Leaf continues to grow in global volume, Nissan is looking for opportunities to increase efficiency by finding local sources. 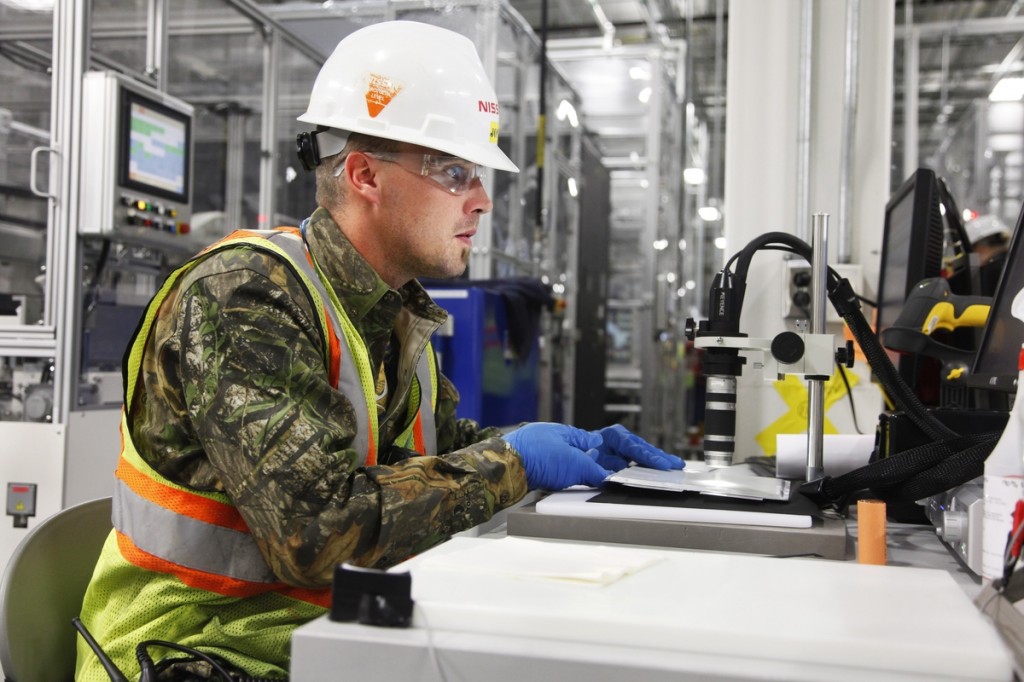 For plug-in electric cars, the question of what's a "U.S. car" can get confusing.

While the 2008-2011 Tesla Roadster was assembled as a rolling "glider" chassis in the U.K., its battery pack (using Japanese cells) and motor and electronics were installed in the U.S. That qualified it to be deemed "made in the U.S."

Similarly, the short-lived 2012 Coda Sedan was put together in California from a Chinese glider, Chinese lithium-ion cells, and various electric components from other sources. It too was considered to be built in the U.S.

Nissan intersperses Leafs with Altimas, Maximas, and other passenger vehicles on an existing assembly line in its Smyrna plant.

But the adjacent battery-cell assembly plant was built from the ground up--even if the most valuable components it assembles are fabricated overseas.

So if next year's Leaf has 40 percent of its parts value sourced in the U.S. and Canada, and it's built in Tennessee, does that make it a U.S.-built car in your mind?