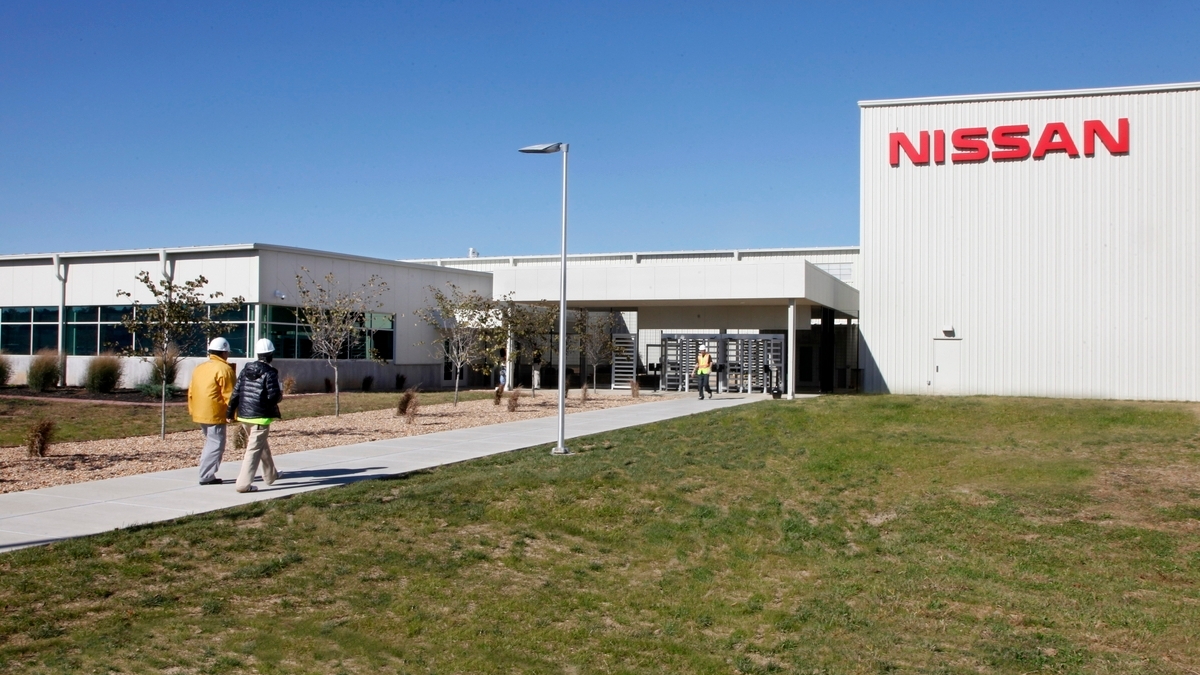 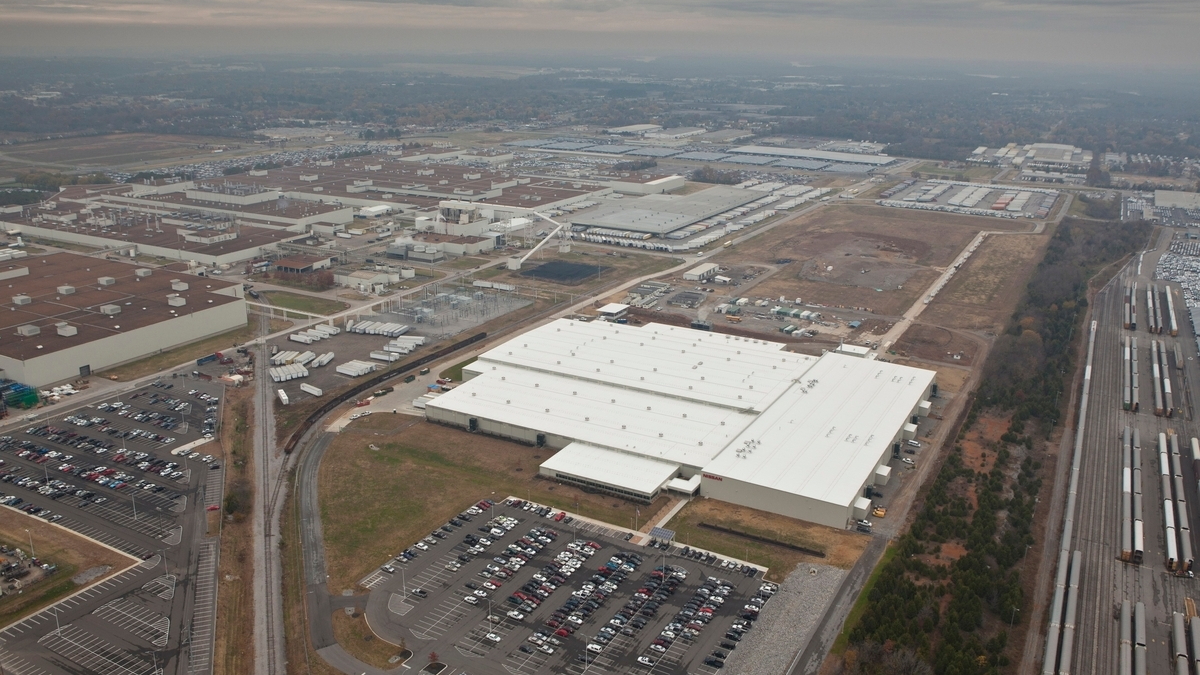 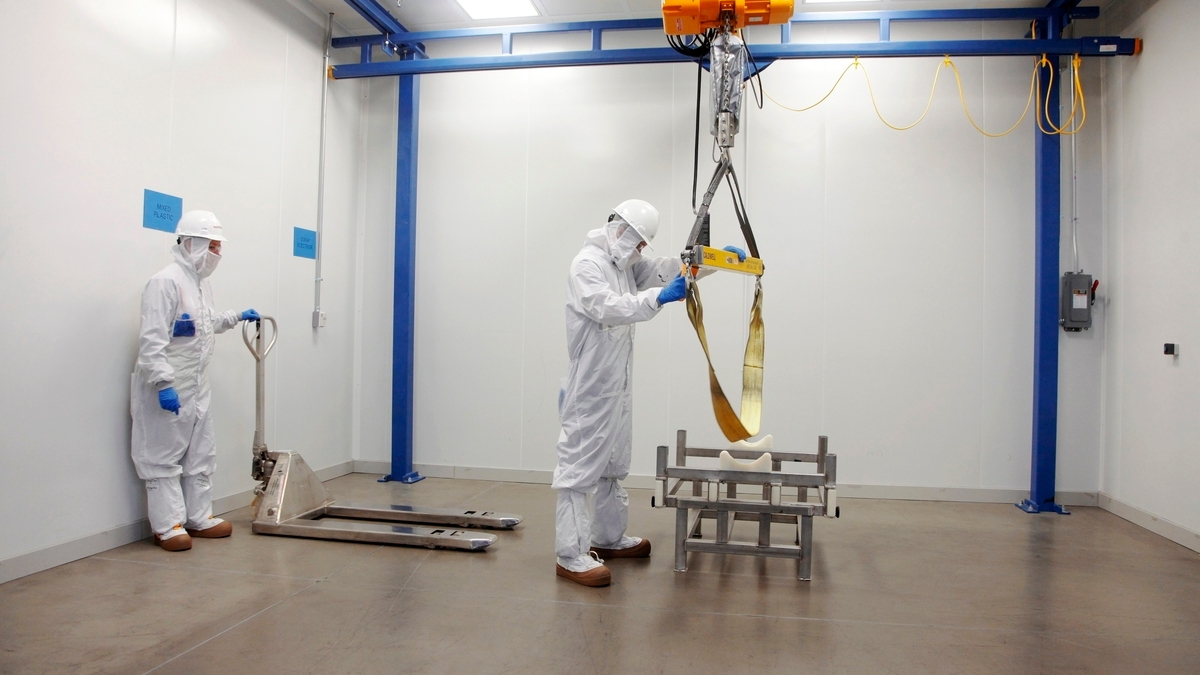 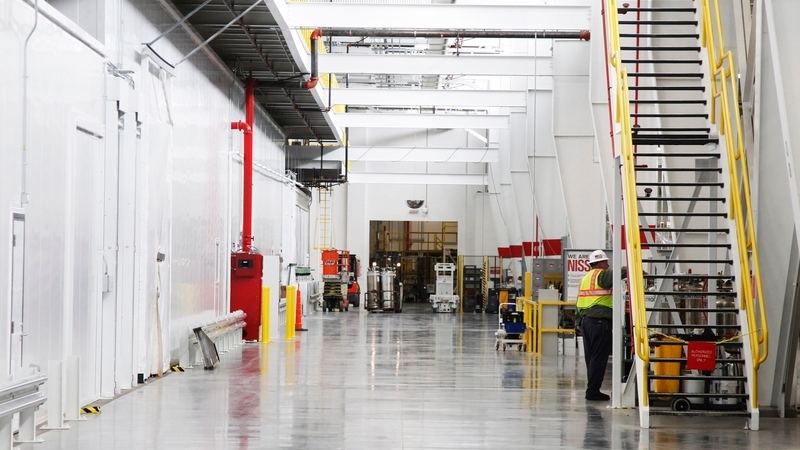 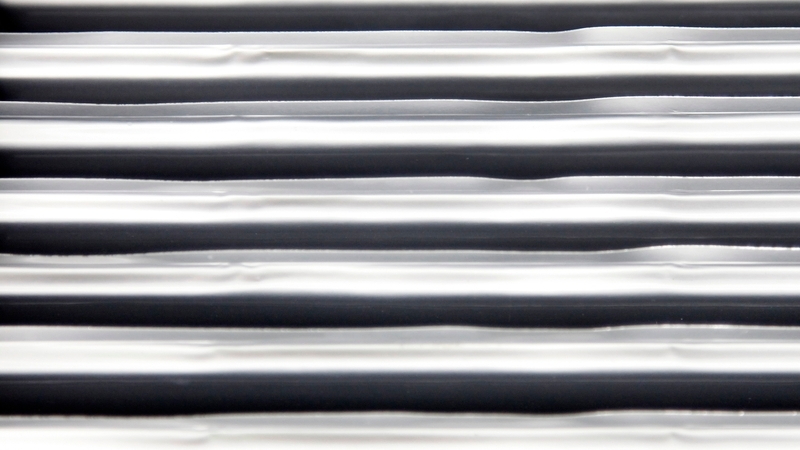 Making a battery for an electric car is more like assembling microelectronics than the kind of auto-plant scenes we think of, involving huge steel stamping presses and battalions of automated welding robots.

That facility sits near Nissan's main Smyrna vehicle assembly plant, which now makes 2013 Nissan Leaf electric cars as well as the Altimas, Maximas, and other sedans that come off its line.

The cell plant and the addition of the Leaf to the Smyrna line were funded with a $1.4 billion low-interest loan from the U.S. Department of Energy, which Nissan is now paying back.

The challenge in touring a lithium-ion cell fabrication plant is that large portions of the cell-making process take place entirely inside highly technical coating machines and within sealed, pressurized rooms pumped full of purified air--to prevent any stray particles that might contaminate the cell materials.

As a result, we've had to rely on Nissan's photos to show the process--because most of our own either showed the same thing or was of mysterious-looking machines behind plexiglass observation ports.

First, there's the process of fabricating the cell, which is a metal object roughly the size of a square paperback book. It's composed of an anode, a cathode, the separator between them, the electrolyte through which the ions travel, and the case in which it's all contained.

After the cell itself is fabricated, sealed, tested, and aged, multiple cells are then assembled into modules.

A module is the main building block of a battery pack; the Nissan Leaf's battery has 48 modules inside it, each of has which four individual cells and associated electronics.

Infographic: Making a lithium-ion battery pack for the Nissan Leaf at plant in Smyrna, Tennessee

The modules are placed into the battery pack, wired together, with a host of monitoring and sensing devices inside to ensure that the battery management software can detect instantaneously anything unusual that happens electrically inside the pack.

At Smyrna, once the pack is assembled, sealed, and tested, it is sent "across the road" to the assembly line to be inserted into a Leaf just as the gas tank is inserted into a gasoline car.

Similiar battery packs will be used for other electric vehicles to be built at Smyrna and other North American Nissan plants.

Those include the 2015 Infiniti LE electric luxury sedan, previewed at the 2012 New York Auto Show, and the Nissan e-NV200, an all-electric version of the company's small commercial delivery van.

That electric van is now being tested all over the world, and will likely launch next year--as will the Infiniti electric sedan.

For more detail on the entire process of making the lithium-ion battery pack that goes into every Nissan Leaf, the company has created the helpful infographic to the left.

For a different take on the same material, see these details from Automotive Energy Supply Corp. It's the joint venture between Nissan and Japan's NEC that is building the cells.

At the bottom of the page, we've put together two photo galleries: The first is for the cell fabrication, and the second is of the battery packs being assembled.