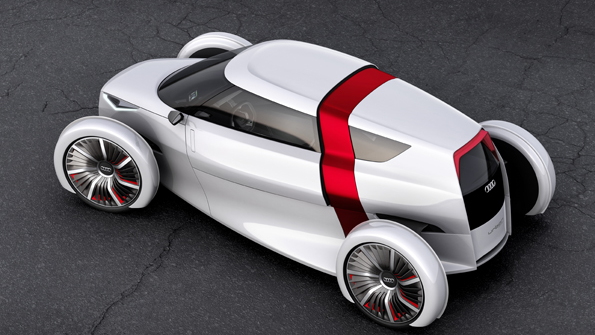 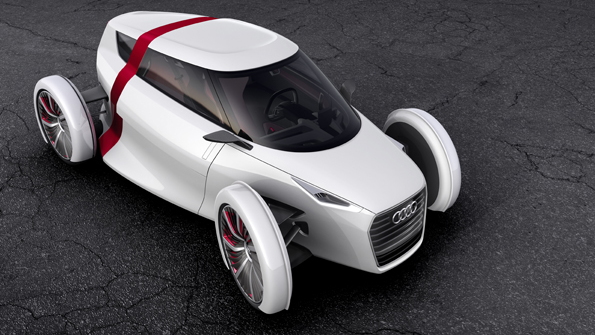 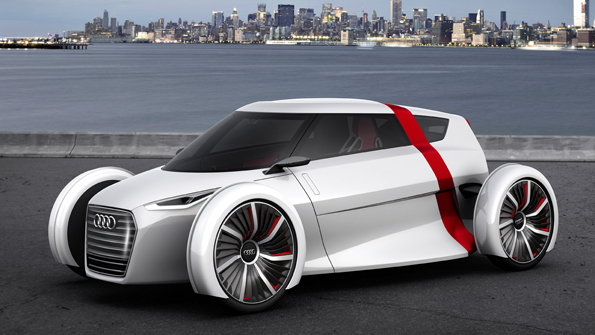 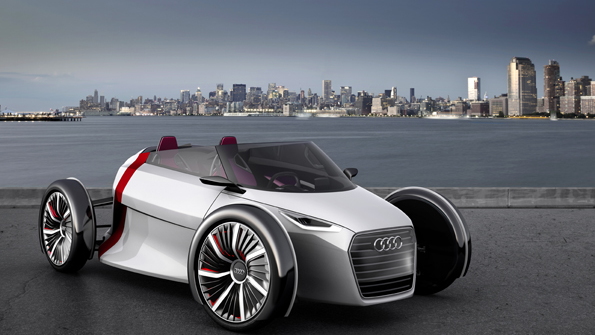 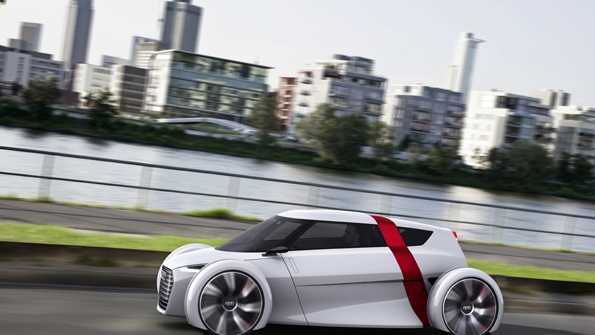 It seems that Audi just can't contain itself with its latest concept cars, the two-seater Urban Concepts.

Three weeks ago some spy videos trickled onto the internet showing the camoflaged electric car being driven around in the center of Berlin. The very next day Audi revealed its first sketches of the concept vehicle, and since then we've also had a rather content-light video and further sketches of an open-top version of the car.

Now Audi has teased us further, ahead of the concept's official unveiling at the Frankfurt Auto Show next month.

The new computer-generated images give us a better impression of the concept's styling, which actually looks more radical than the vehicle we first saw in the Berlin videos. As with the sketches, the styling is dominated by the large wheel housings sprouting from each corner of the vehicle, under which sit large 21-inch diameter wheels.

The traditional Audi grille leaves you in no doubt as to what make of car the Urban Concept is, and the large red stripe has echoes of the Audi R8's side air intakes.

In concept, the vehicle isn't dissimilar from the old Messerschmitt bubble cars sold during the 1950s, with a relatively narrow cabin width and a wheel at each corner. However, interior space (and comfort) should be up to typical Audi standards, and to improve the feeling of space the seats are side by side, but offset. The controls have a strong resemblance to the Volkswagen XL1 concept previewed earlier this year.

According to U.K. magazine Autocar, the Urban Concepts use a 15kW electric motor and lithium ion battery pack, and Audi claims a top speed of 62mph, with range of only 37 miles - so the concepts really are meant exclusively for an urban environment.

Who knows how many more images Audi will reveal before the concept's debut at Frankfurt on September 13, but Green Car Reports will be there to bring you live images from the show.