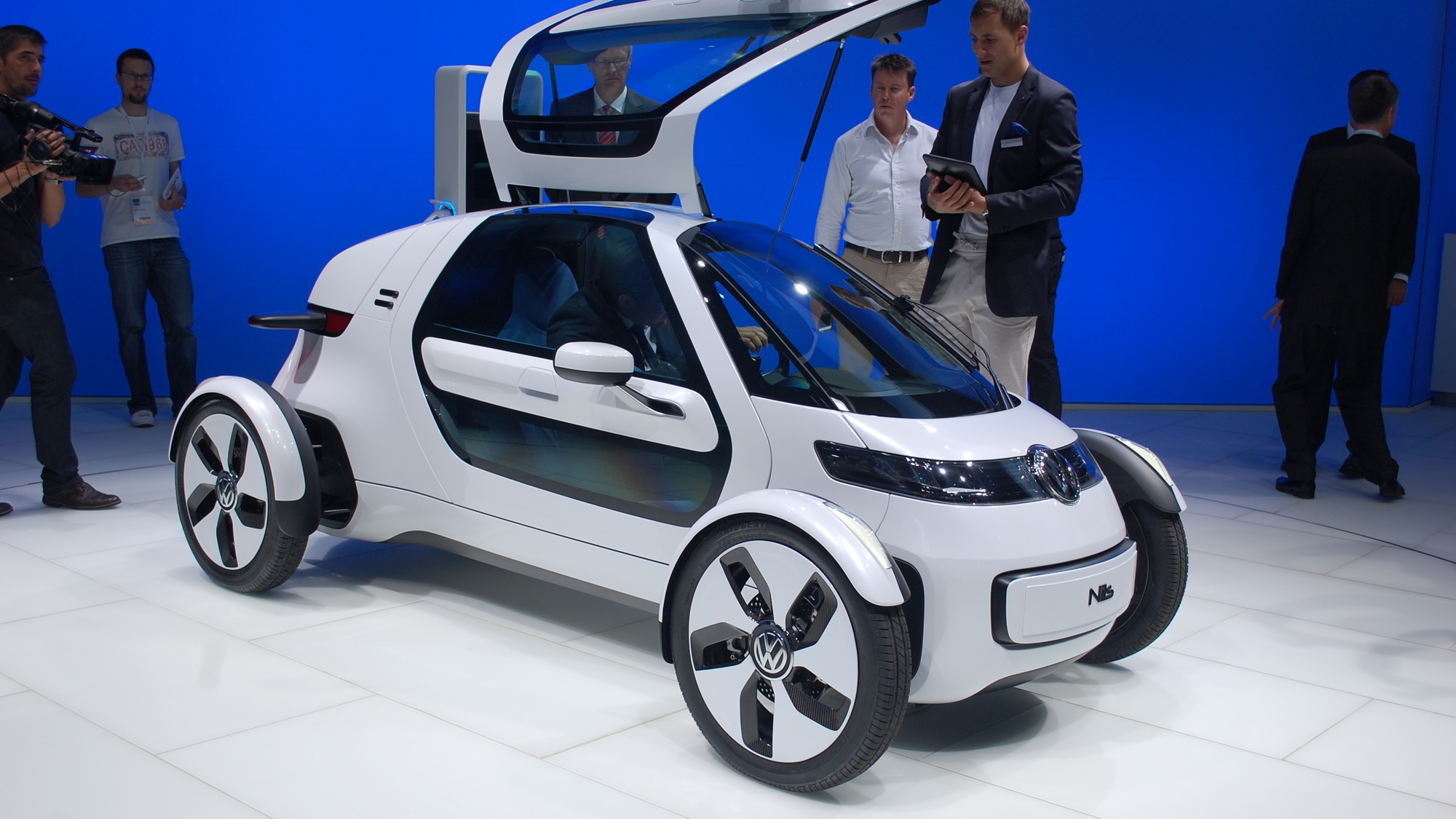 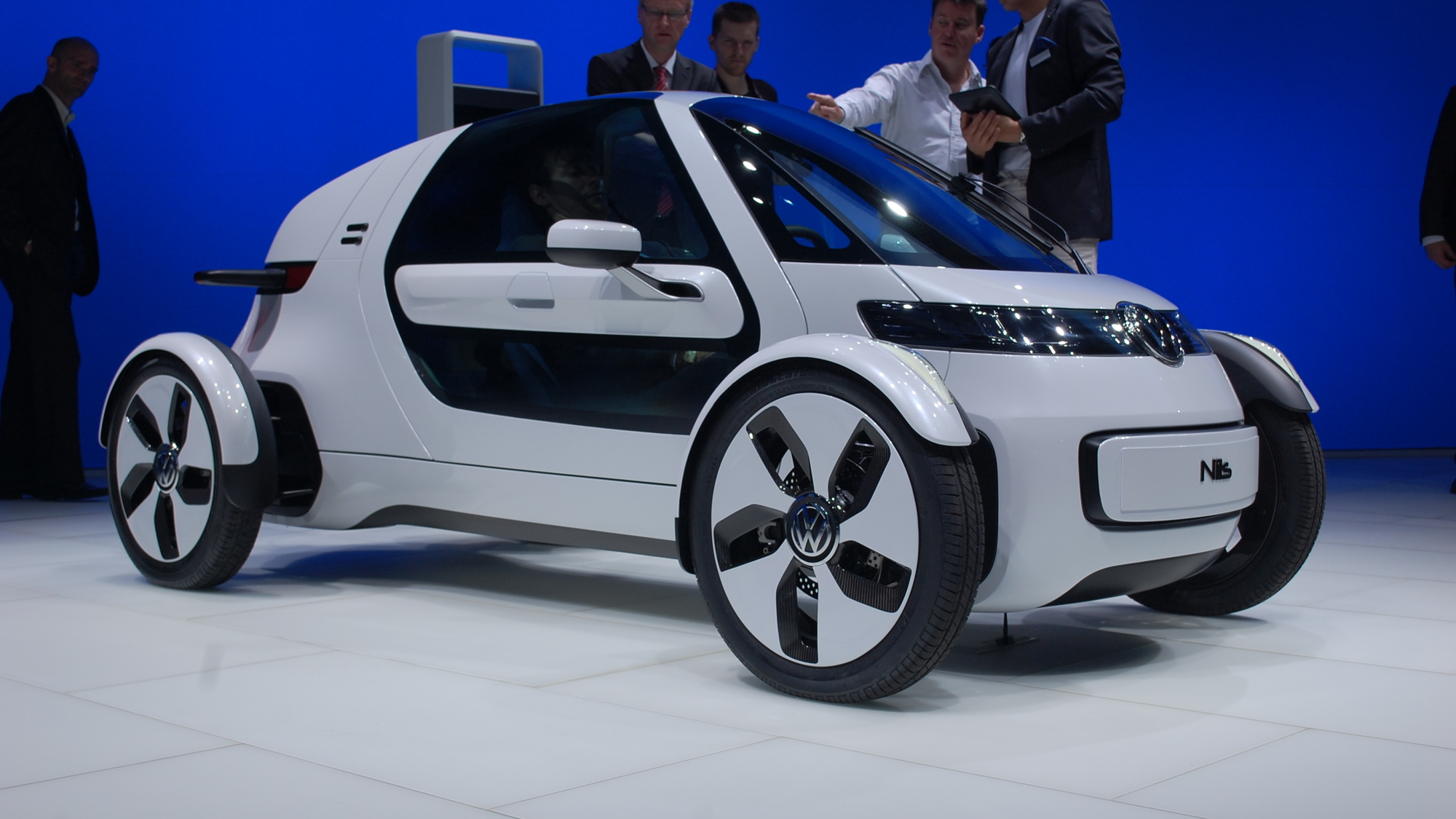 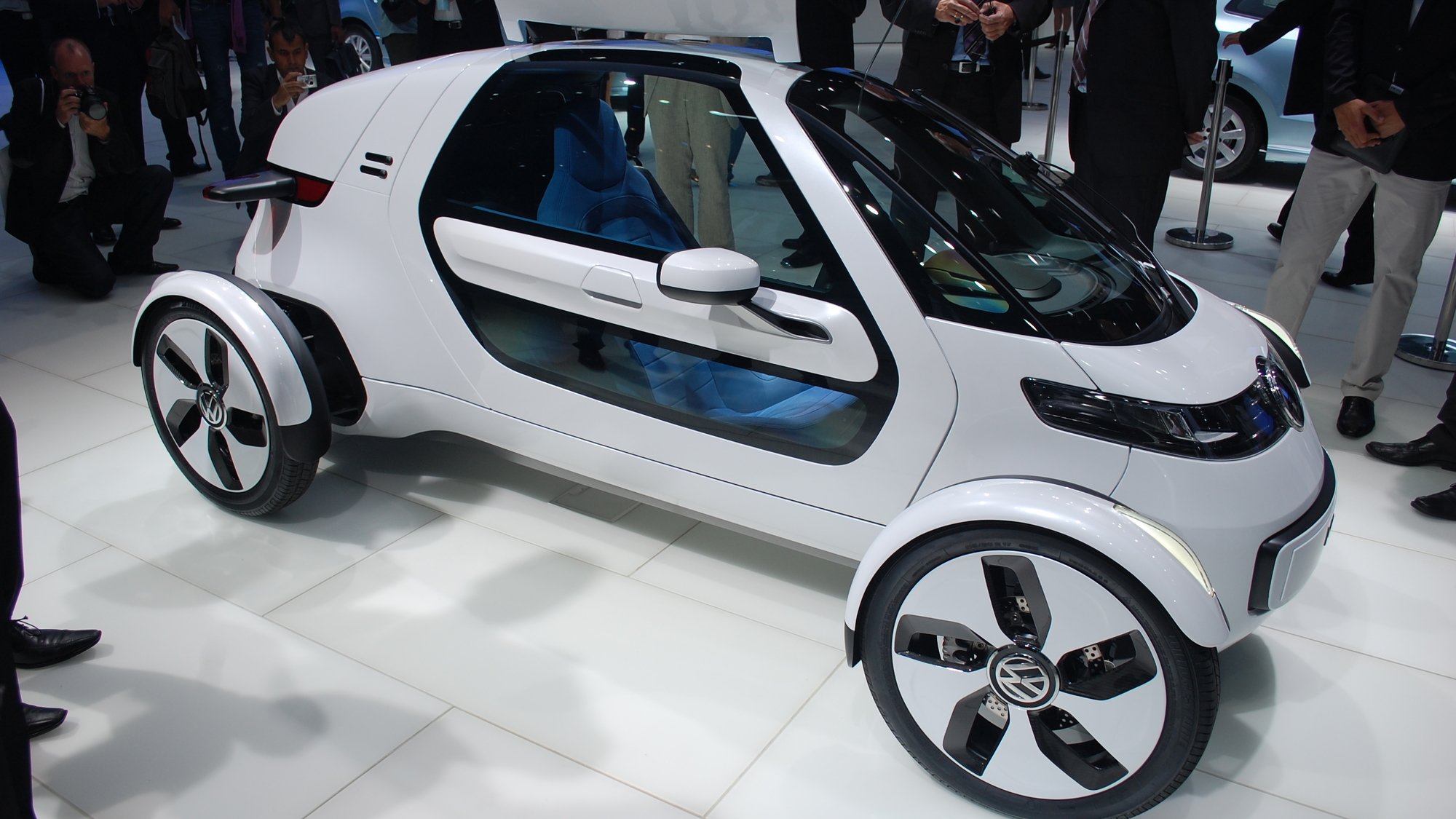 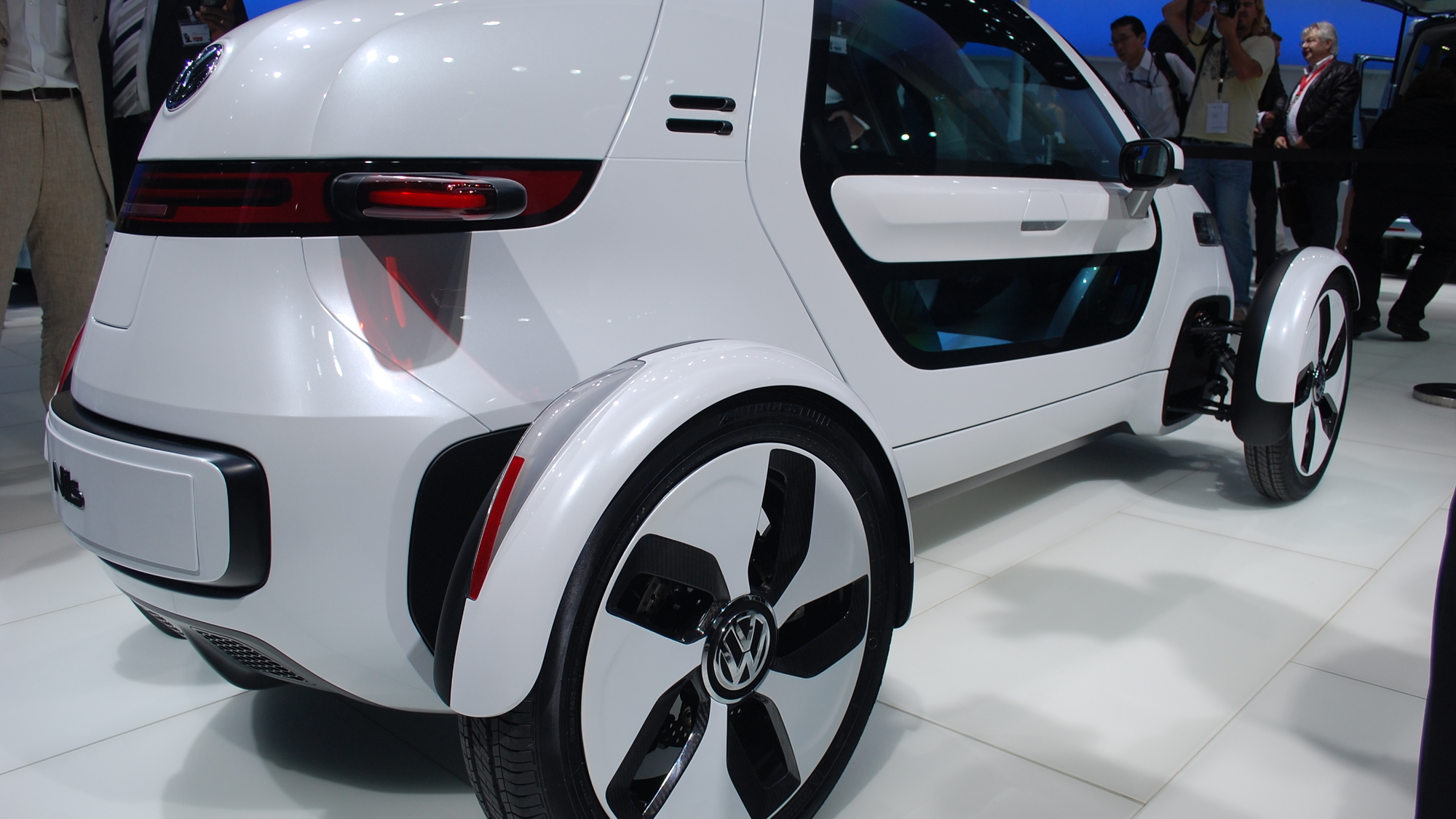 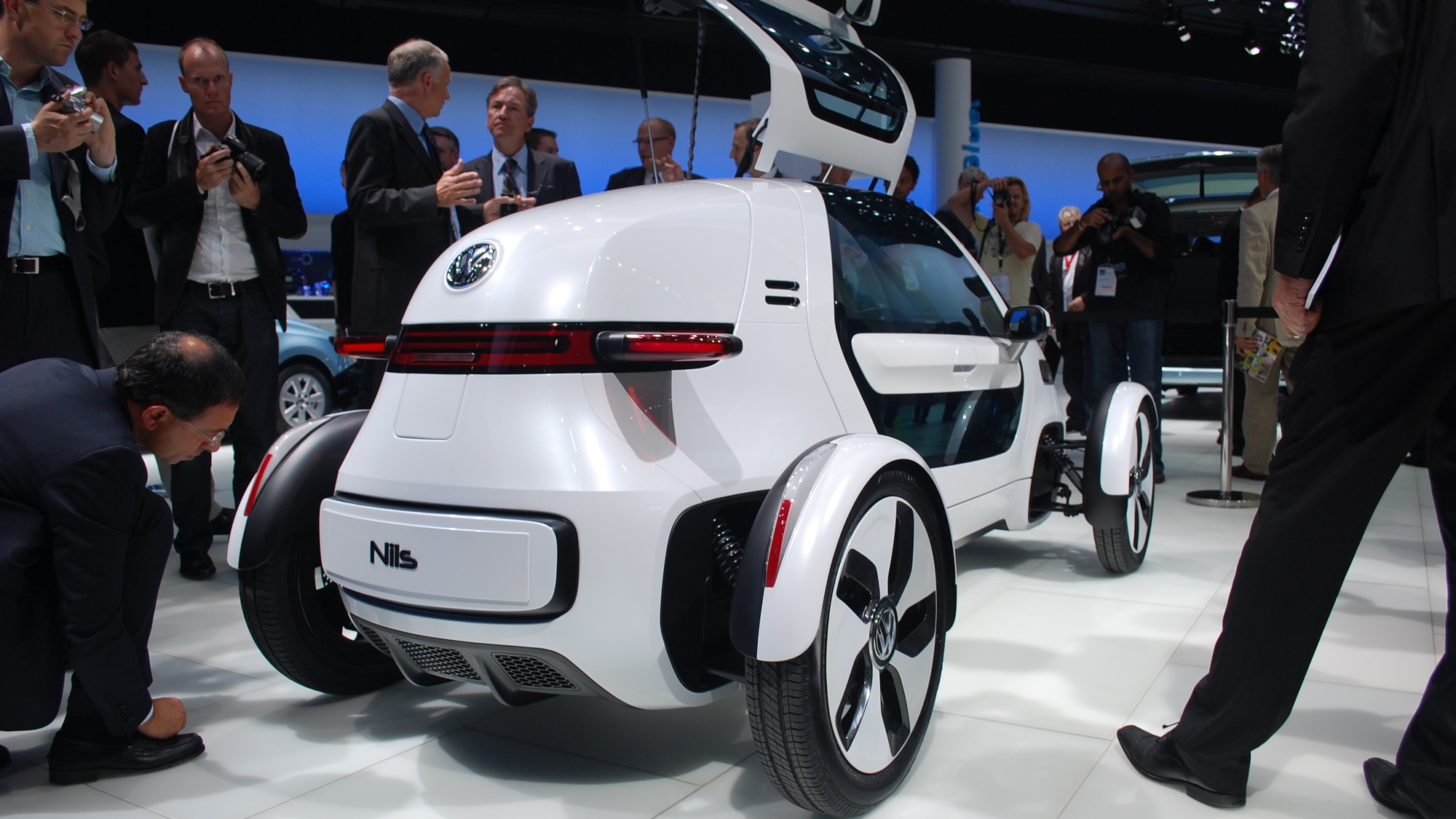 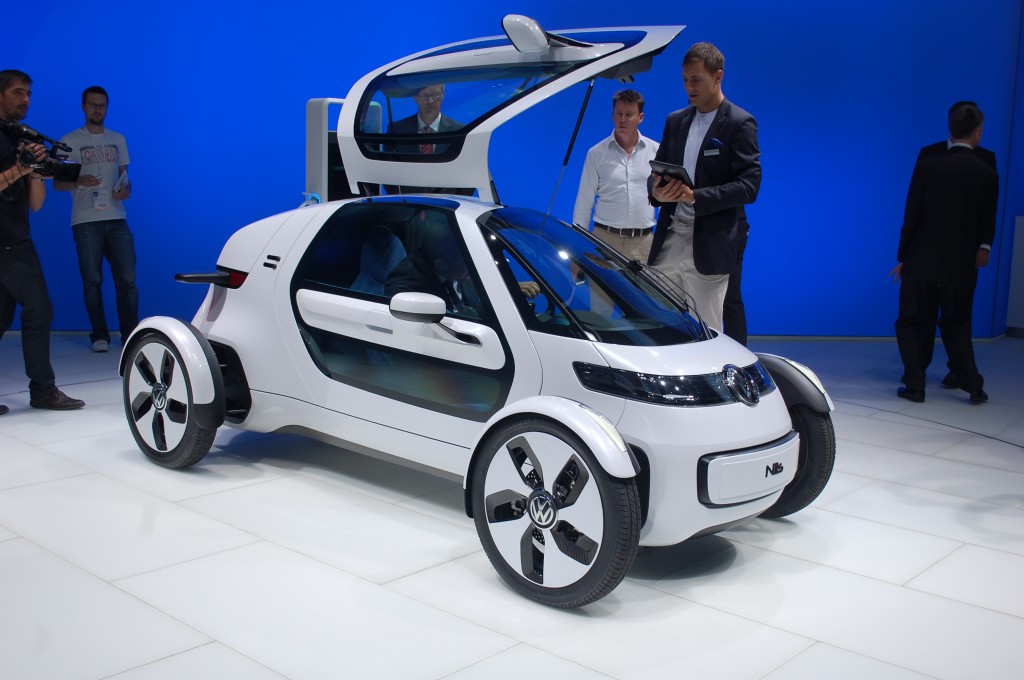 Two weeks ago we brought you images of the Volkswagen Nils electric car concept to be revealed at the 2011 Frankfurt Auto Show.

The car has now been unveiled and Green Car Reports can bring you a full gallery of Volkswagen's smallest electric car concept to date.

The Nils looks very similar to the teaser images we showed you a few weeks back, but what surprises is how production-ready the car looks - on par with the 2013 Renault Twizy electric car we saw at the Geneva Motor Show. It's certainly far less dramatic than Audi's Urban Concept electric car, and more interesting as a result.

The concept is a striking vehicle. It's equally as small as you'd expect a narrow, one-person vehicle to be - taller yet shorter than a junior formula single-seat racing car. It has a dynamic look and some nice details, such as the blade-style tail lights and wide door bars that seem to "float" in the glass gull-wing doors.

We were also able to sit inside the Nils and once again, it felt very production-ready. Materials quality was up to the standards you expect from Volkswagen and the seat is a comfortable yet sporty bucket seat, the central position giving a unique view through the narrow windscreen. 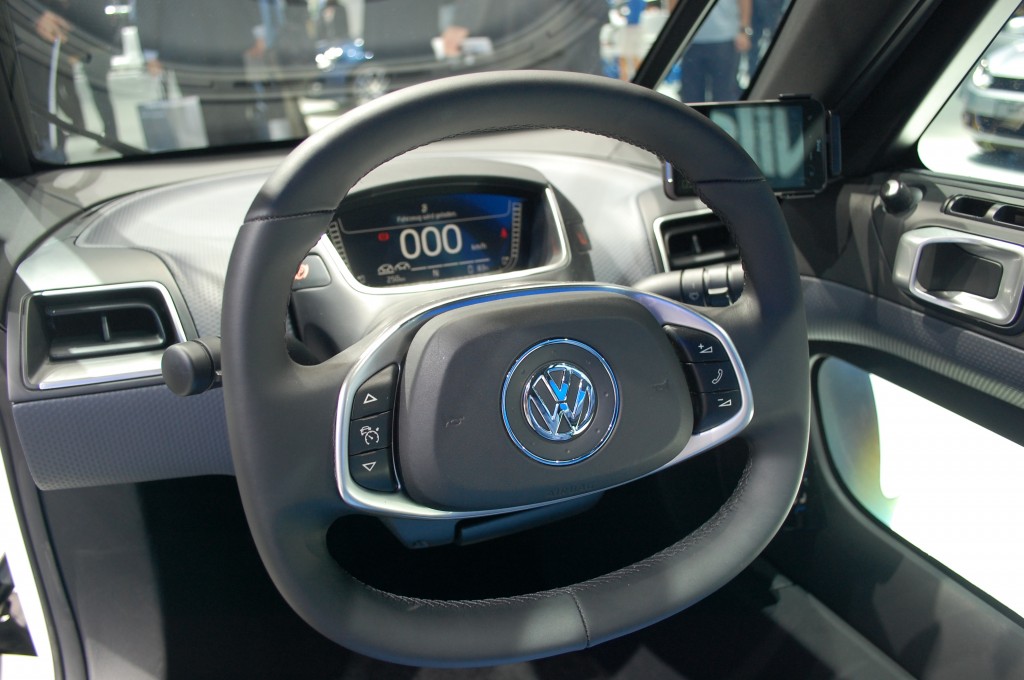 It uses a digital display to relay information to the driver, and the simple two-spoke steering wheel has buttons for a hands-free phone kit and cruise control.

We even got to check out the luggage space of the small, rear-mounted trunk. It isn't huge, but with just a single seat and a reported 40 mile range, you're not likely to need a great amount of trunk space.

The Volkswagen Nils concept looks great and feels great to be in and around. Now all we need is for Volkswagen to produce it, but as previous efficiency concepts have shown, this could be wishful thinking.

Check out our full gallery of the Nils concept below. For more 2011 Frankfurt Auto Show stories, click here.