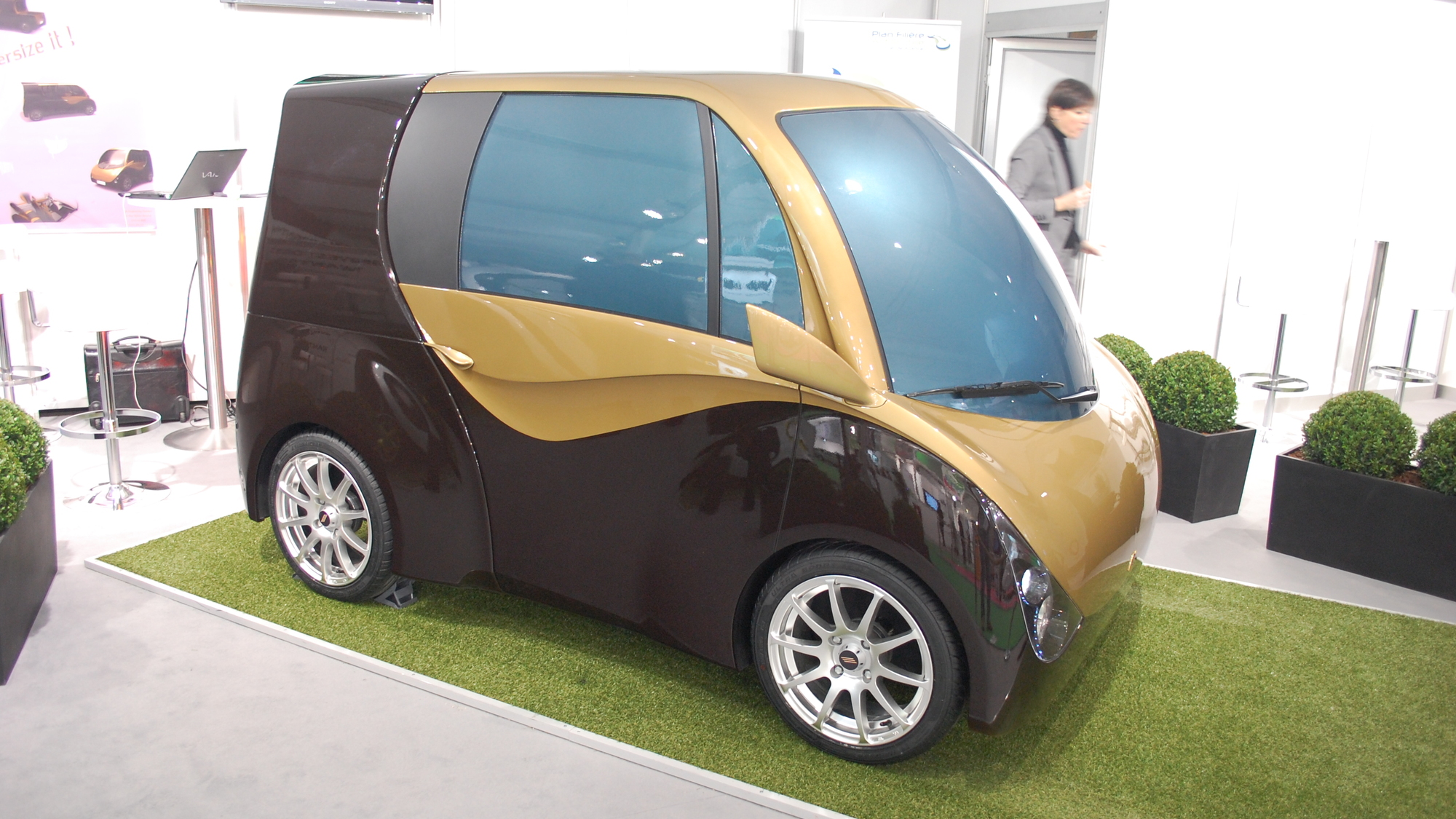 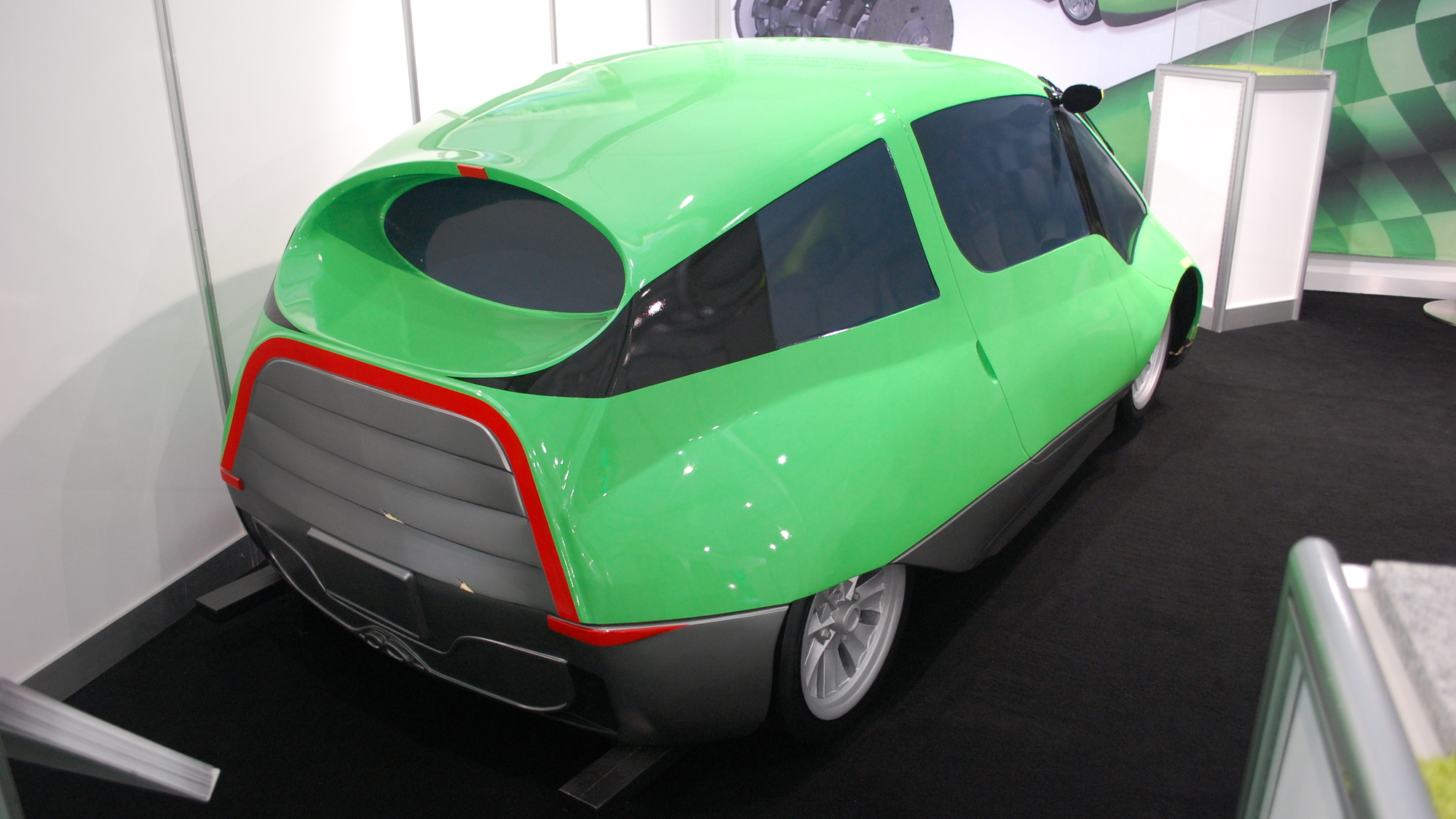 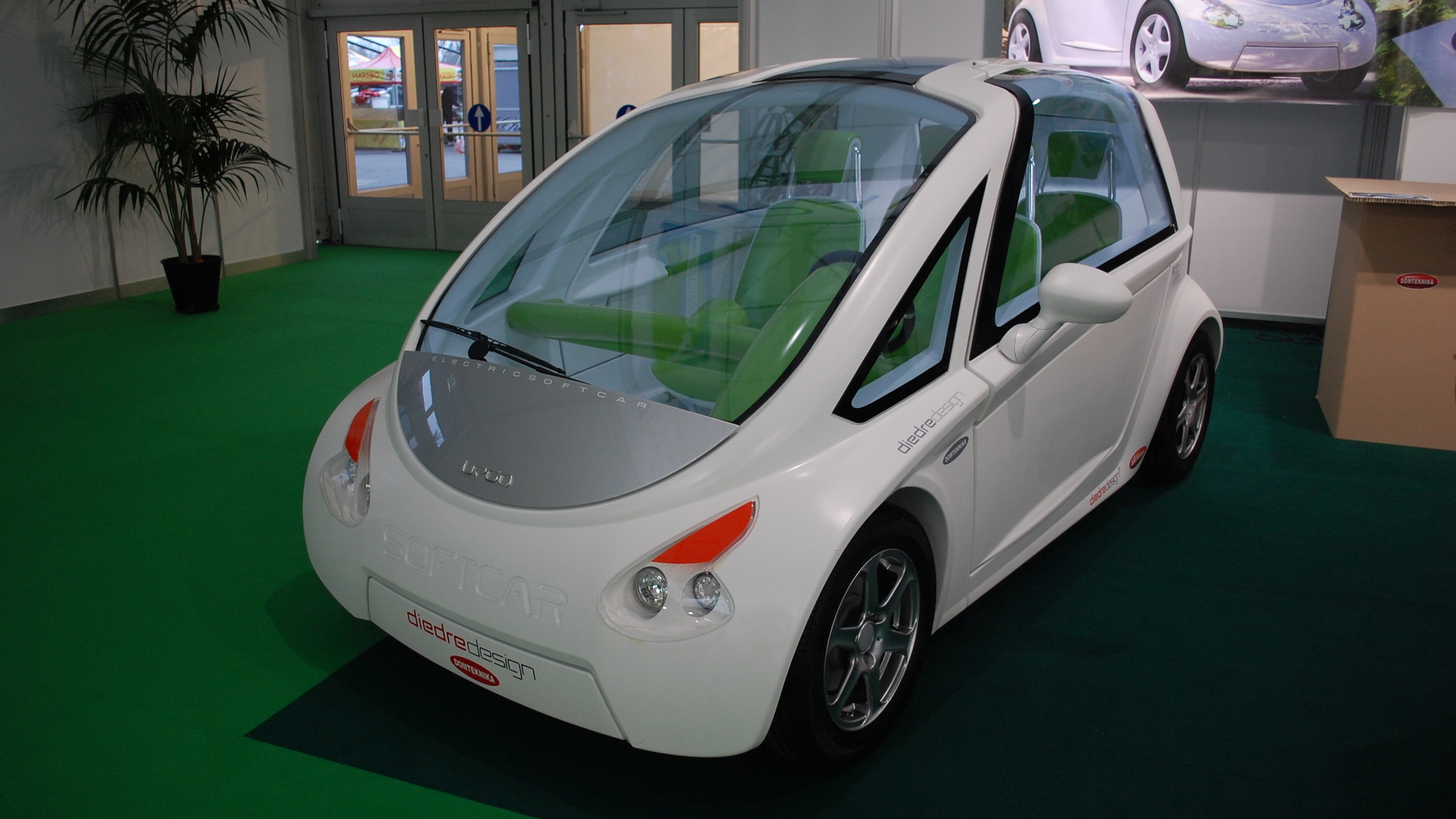 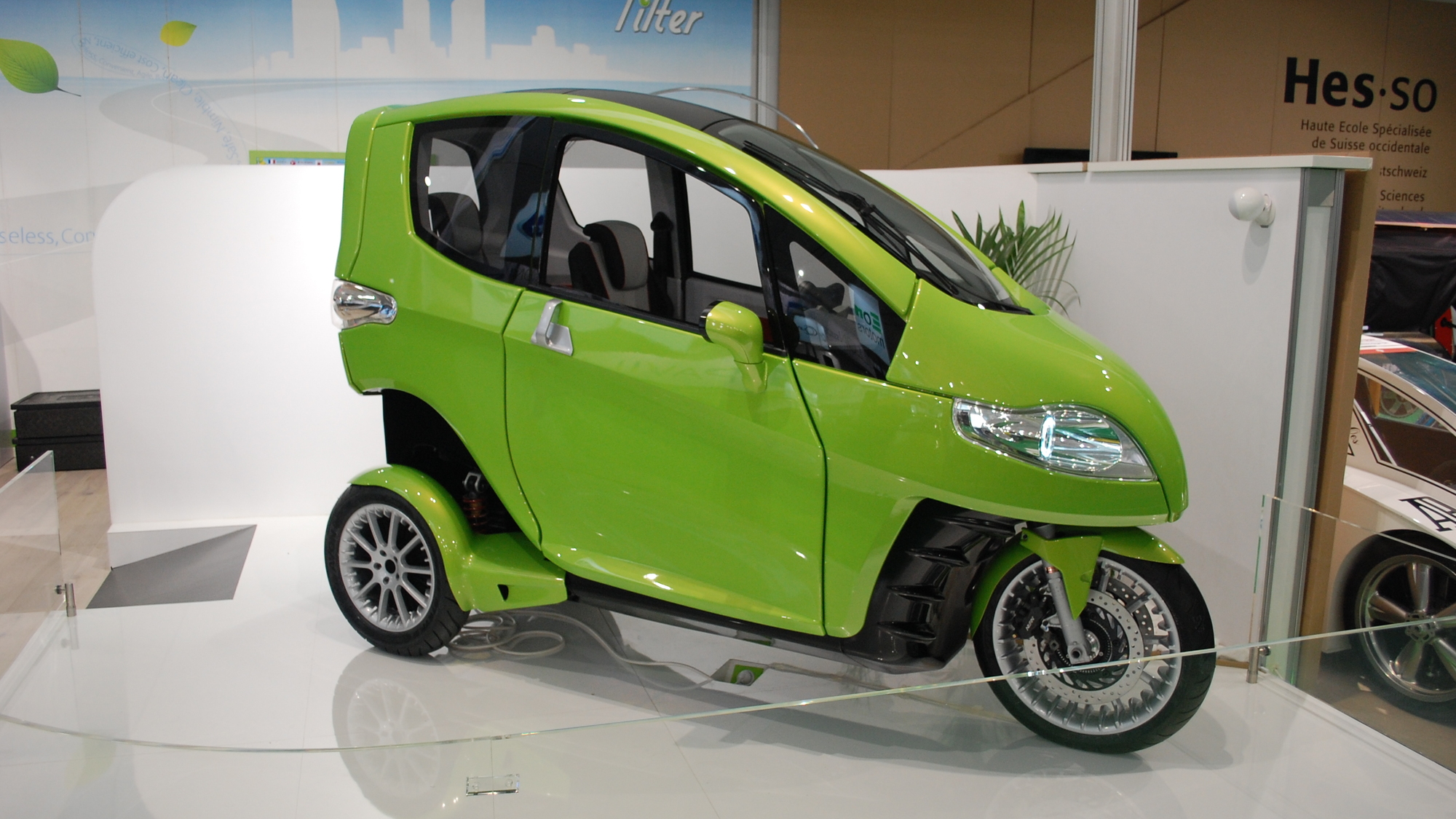 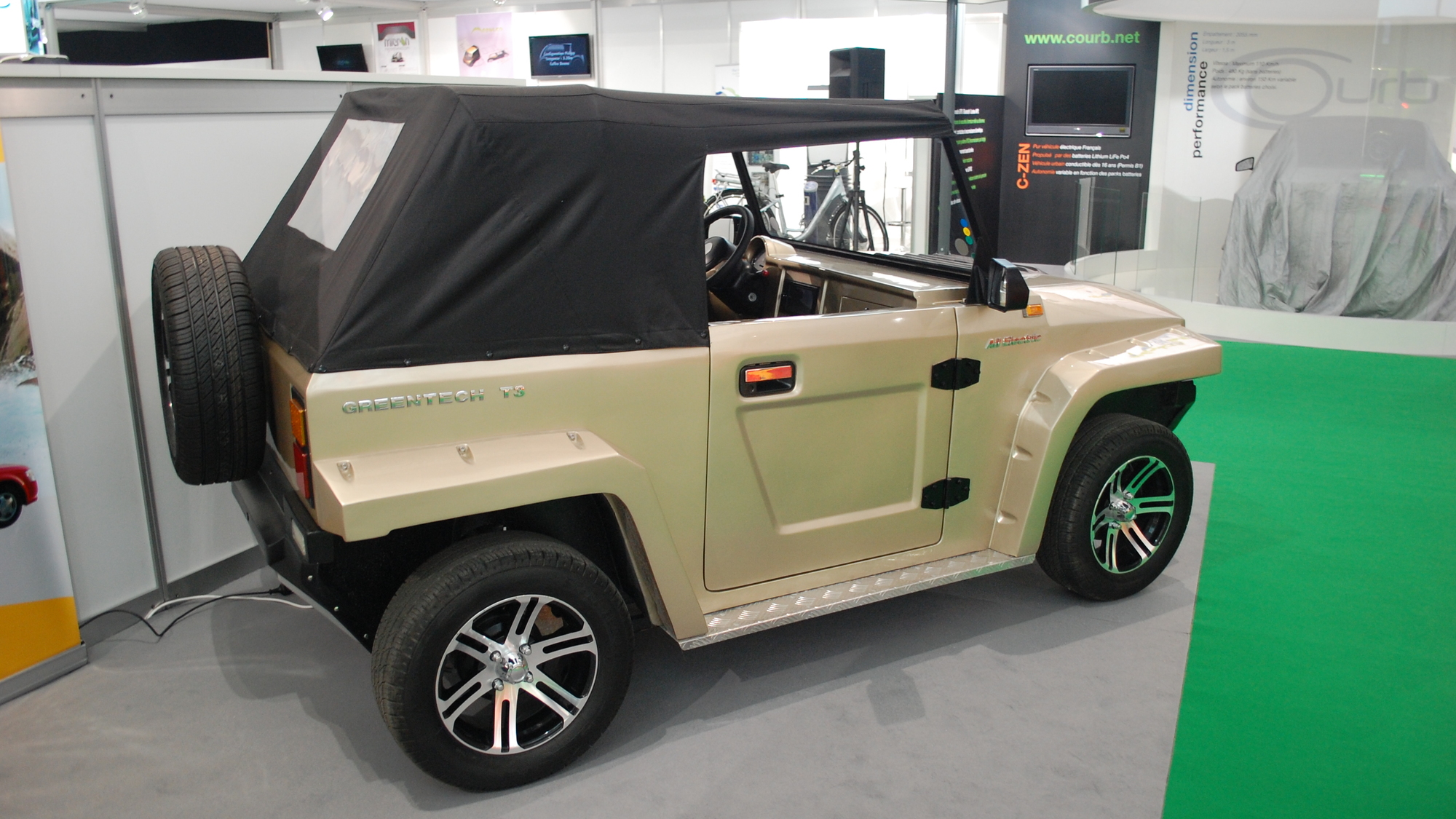 Tucked away in a little corner just off Hall 6 at the 2011 Geneva Motor Show, something weird and frightening lurked. Hiding behind the shiny stands of Kia and Smart and sitting in what looked like a poorly-carpeted entrance foyer, a collection of electric motoring misfits vied for the attention of anyone unfortunate enough to stray too close.

We are of course talking about Geneva's 'Papillon Vert' hall, or 'Green Butterfly' for those of you whose French is a little rusty. The Papillon Vert hall is home to the electric and green vehicles of Geneva, and an outlet for the major manufacturers to sign up people to drive their latest electric cars. The Chevrolet Volt, Renault Fluence Z.E, Mercedes-Benz A-Class E-Cell, Nissan LEAF and many more were available to test.

The Papillon Vert hall has a darker side too though - it's where you find several small companies from around the world showing off their latest electric tricycles, quadricycles and neighborhood electric vehicles. And although it's impossible to say this without sounding utterly insincere: with the greatest respect, not one of them was a vehicle you'd actually want to drive.

We've hinted on occasion that buyers should carefully consider whether an electric vehicle such as these is a wise place to put your money, but the question still lingers: Are these small electric vehicle companies doing more harm than good to the electric vehicle industry they're trying so hard to make business in?

At face value, you'd have to say yes.

The electric car is currently undergoing an important transition period, from a rare and under-developed class of vehicle to one that virtually every major car manufacturer is dabbling in at some level or another. These companies are spending millions upon millions of dollars to give consumers a viable alternative to their fossil-fuelled vehicles, ensuring they're desirable, reliable, safe and as usable as possible.

It's taken companies like Tesla with the Roadster and Nissan with the LEAF to drag the electric car kicking and screaming from a concept that nobody could take seriously to the first generation of the cars we'll be driving in the future.

Consumers are only just beginning to come around to the idea of an electric car you'd actually want to own, rather than an ungainly and slow quadricycle like the Reva G-Wiz. The G-Wiz has served a useful purpose for a great many customers over a great many years, but it's also done a huge amount of damage to the image of electric cars and many of the stereotypes levelled at EVs have cars like the G-Wiz to blame.

And at Geneva, there was a hall full of the things. Sitting there forlornly in a corner like the kids who didn't get chosen for the football team, vehicles with kooky styling and dubious engineering were taking people back to that stereotypical view of the ugly, slow and undesirable EV.

It's not easy for us to say that either, as electric car enthusiasts. Geneva was a melting pot of electric and hybrid vehicles on a level we've never seen before, and several of them - the Nissan ESFLOW, the Volkswagen Bulli concept, the Rolls Royce 102 EX Phantom, the BMW ActiveE - were some of the show's biggest stars. They're all cars you'd give your right arm to own, and although some may never see production and others are out of reach of the Average Joe, they at least point to a future of enjoyable EV motoring.

Enjoyable motoring probably isn't the first thing you'd think of when entering the Papillon Vert hall. The vehicles from Chevrolet, Renault and MINI all look great, as you'd expect. Renault's Twizy shows what happens when a major manufacturer tackles the problem of inexpensive and green urban driving. The Micron a few yards away shows what happens when you try and build a Twizy from steel tubing with your eyes closed. More worryingly, the Micron was probably the best designed of the independant EVs.

The hilariously-named Weez looked like it could be quite appropriately named too, and a company called Greentech was presenting the least aesthetically-challenged of its model lineup, the "Honey, I shrunk the Hummer H2" T3. The models that weren't already in production form looked worryingly like the sort of vehicles that might never make production, and if the lack of people around their stands could be used to gauge market interest, they probably never will.

We can't draw any parallel between these vehicles and the kit-car market for regular automobiles, either. Kit cars are like a support act to major manufacturers, they produce vehicles for that tiny subsection of enthusiasts who want something different from the norm, something that the big makers would never produce.

These cars aren't like that. There are still relatively few electric cars for sale from big makers, and EVs themselves are a market niche. That means that these little guys are on the front line, representing the electric car, and at Geneva, doing it in front of an international audience and the world's press.

It doesn't have to be like that. German company Mia were doing the same thing with their electric microbus, but offering a vehicle with a certain style and some genuinely forward-thinking engineering. The company is still small, but the product is serious.

We really do wish every luck to the little guys. We just hope that their personal business endeavors don't end up harming electric cars as an industry.