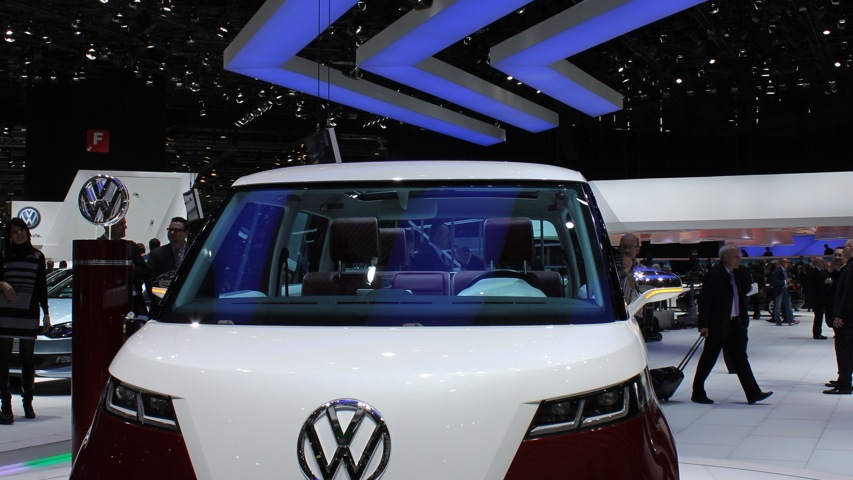 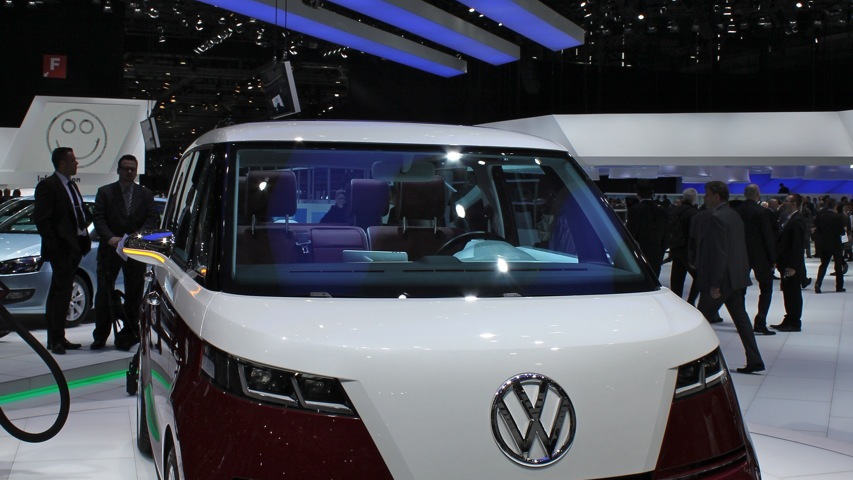 The 2011 Geneva Motor Show in March brought a number of new models out of the closet.

But for the green car fan, two concepts were the gems of the show: the return of the legendary Volkswagen Microbus, and an electric sports car from Nissan that just might be affordable.

Bulli for the Microbus

The Volkswagen Bulli concept is the second iteration of VW's styling exercise to reincarnate the spirit of the long gone Microbus. The name refers to the German model designation for what was formally known as the Volkswagen Type 2.

In Geneva, the Bulli was presented as an electric vehicle with a platform flexible enough to incorporate any of VW's small diesel or gasoline engines.

Physically smaller than the original Microbus, the Bulli would still seat six. Its overall shape refers to the lines of its grandfather, but muted by the more compact dimensions of its mother (the VW "Up" minicar concept).

Small, and not a Chrysler

It's the kind of small minivan that would make a superb family hauler for trips to the soccer field and to bring that big flat-screen TV home from Best Buy.

VW has tempted us with this kind of concept before. It showed the VW Microbus Concept back in 2001, though for the U.S. market it actually rebranded a Chrysler minivan into the VW Routan.

We can only hope that Volkswagen's product planners will allow the Bulli to be built this time around.

As for the Esflow, if Nissan can make a business case to bring its odd-looking Cube to market, the new electric sports car should be a home run.

Nissan needs to expand the range of vehicles that use its all-electric Leaf drivetrain, to spread those costs across more models.

Infiniti is expected to get its own electric vehicle using an upscale version of the Leaf platform, but at Geneva, Nissan showed us what the fathers of the 370Z might do to excite the sports-car-buying public about electric cars.

The Esflow concept is a two-passenger sports car, loosely based on the Leaf platform, but with huge evolutionary steps in the powertrain.  The Esflow uses not one, but two electric motors, which drive the rear wheels--in true sports car format.

Light and fast, at what cost?

Nissan projects a range of 150 miles, and 0-to-60-mph acceleration of around 5.0 seconds. Those specs would give this coupe truly sporty power, and the low siting of the battery would make it drive with a very planted feel.

As yet, of course, no one in the press has actually driven the car yet.

Will Nissan bring the Esflow to production?  As a company which has produced the GT-R, the 370Z, even such genre-bending designs as the Juke and the Cube, it's easy to imagine Nissan expanding into this new niche.

Today, only the expensive Tesla Roadster is the sole entry in the two-passenger electric sports car market. But if Nissan could give us the Esflow for up to $45,000, it would likely find buyers.

As the movie said, "Build it and they will come."