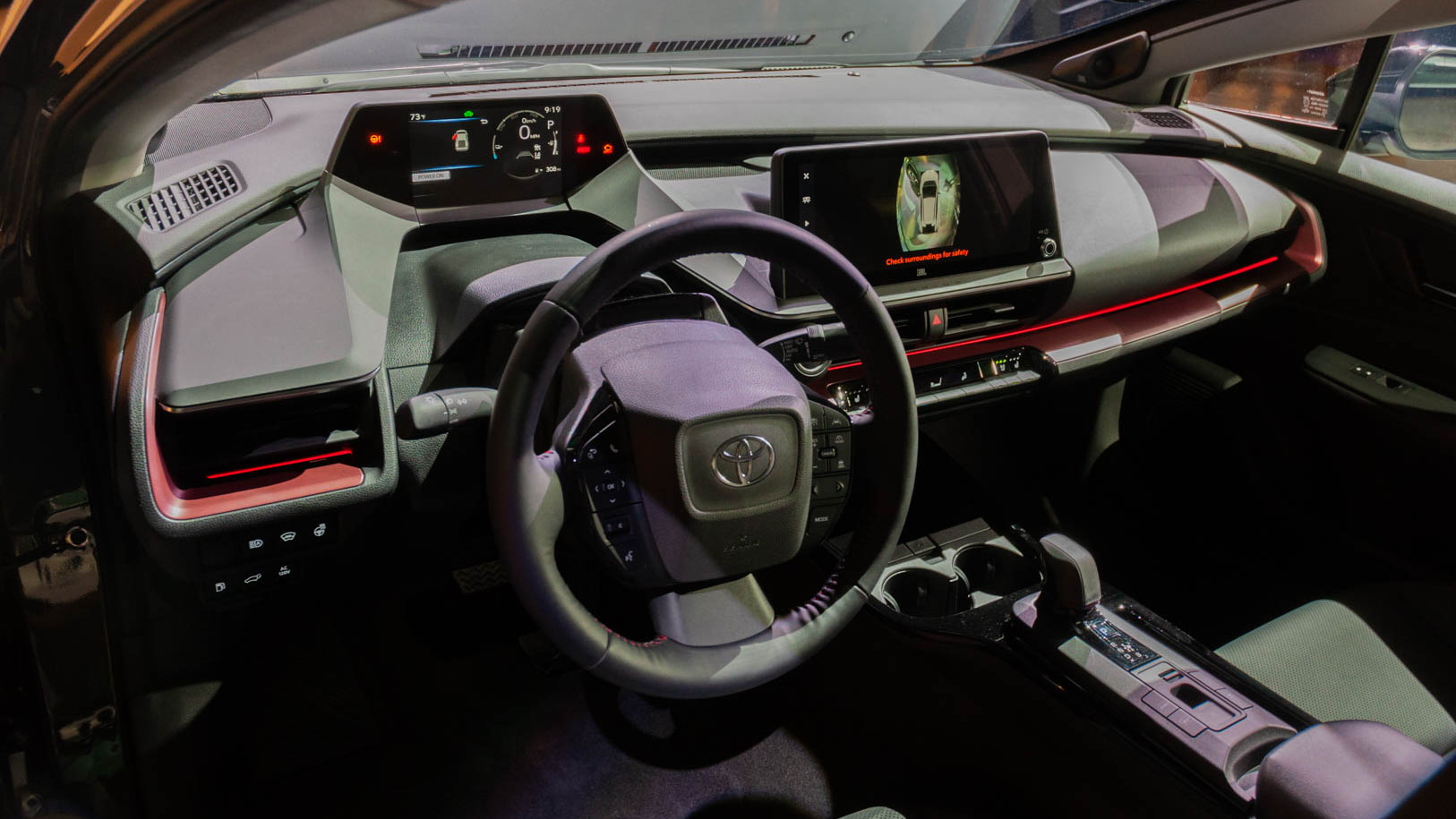 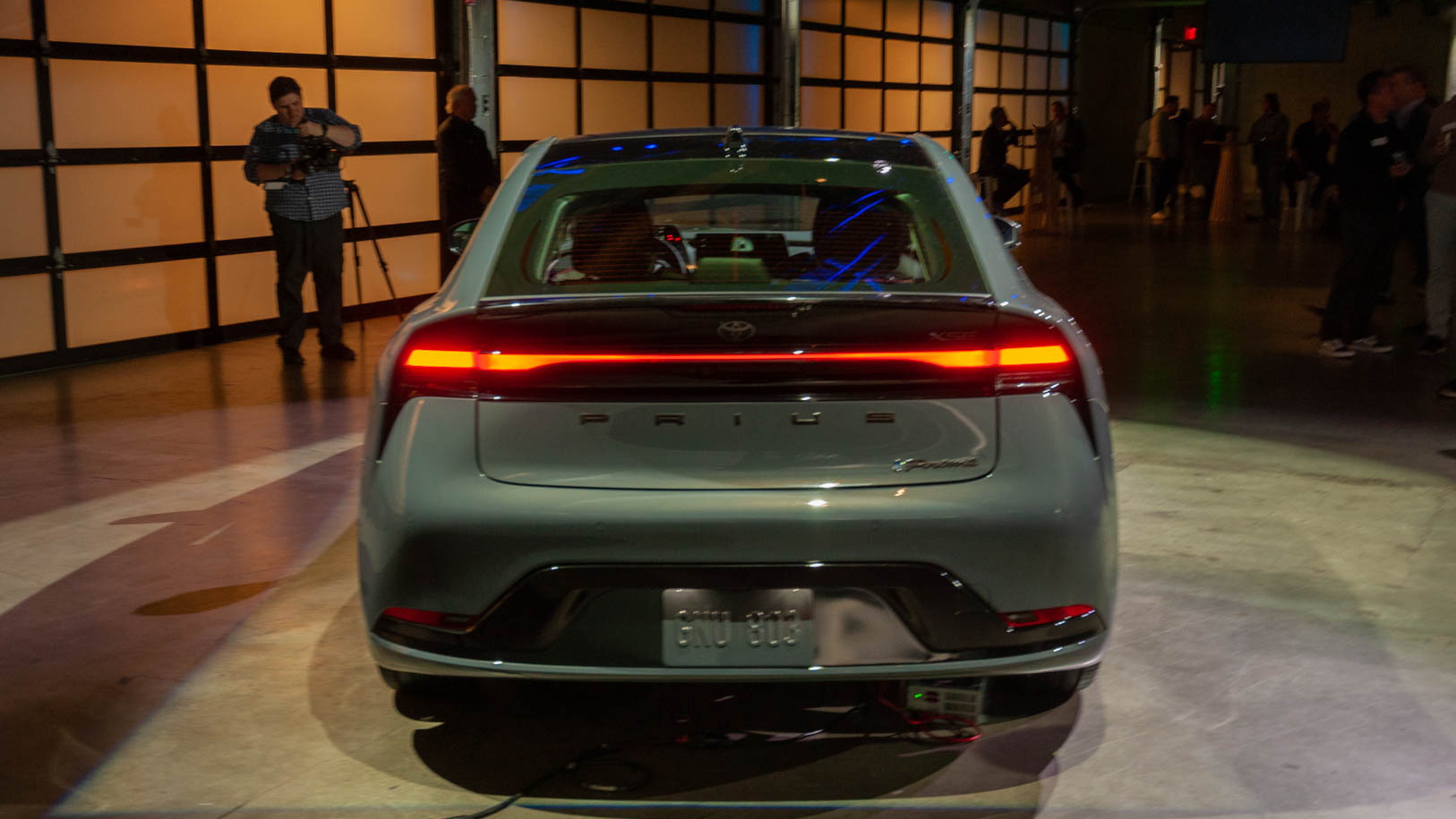 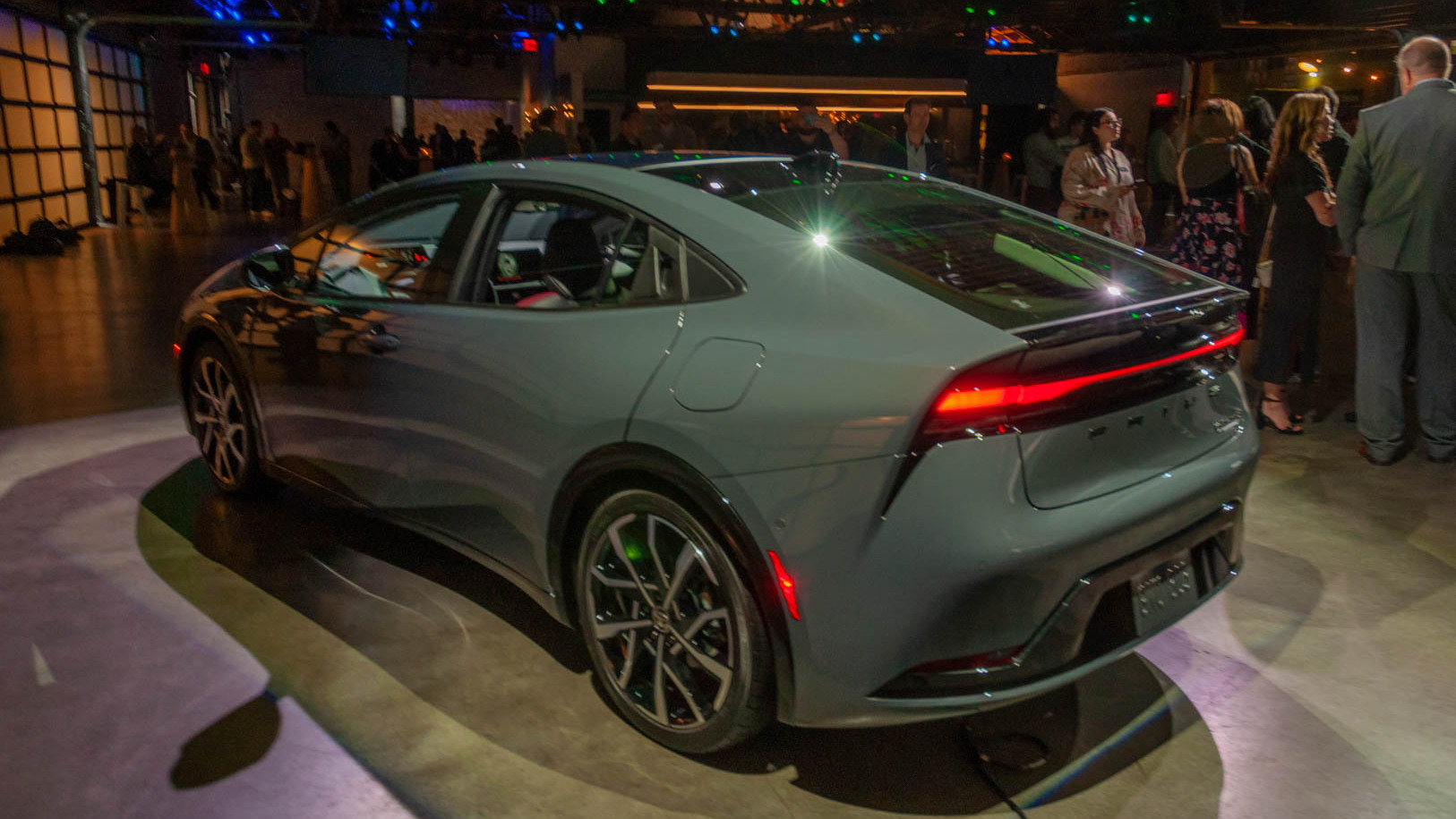 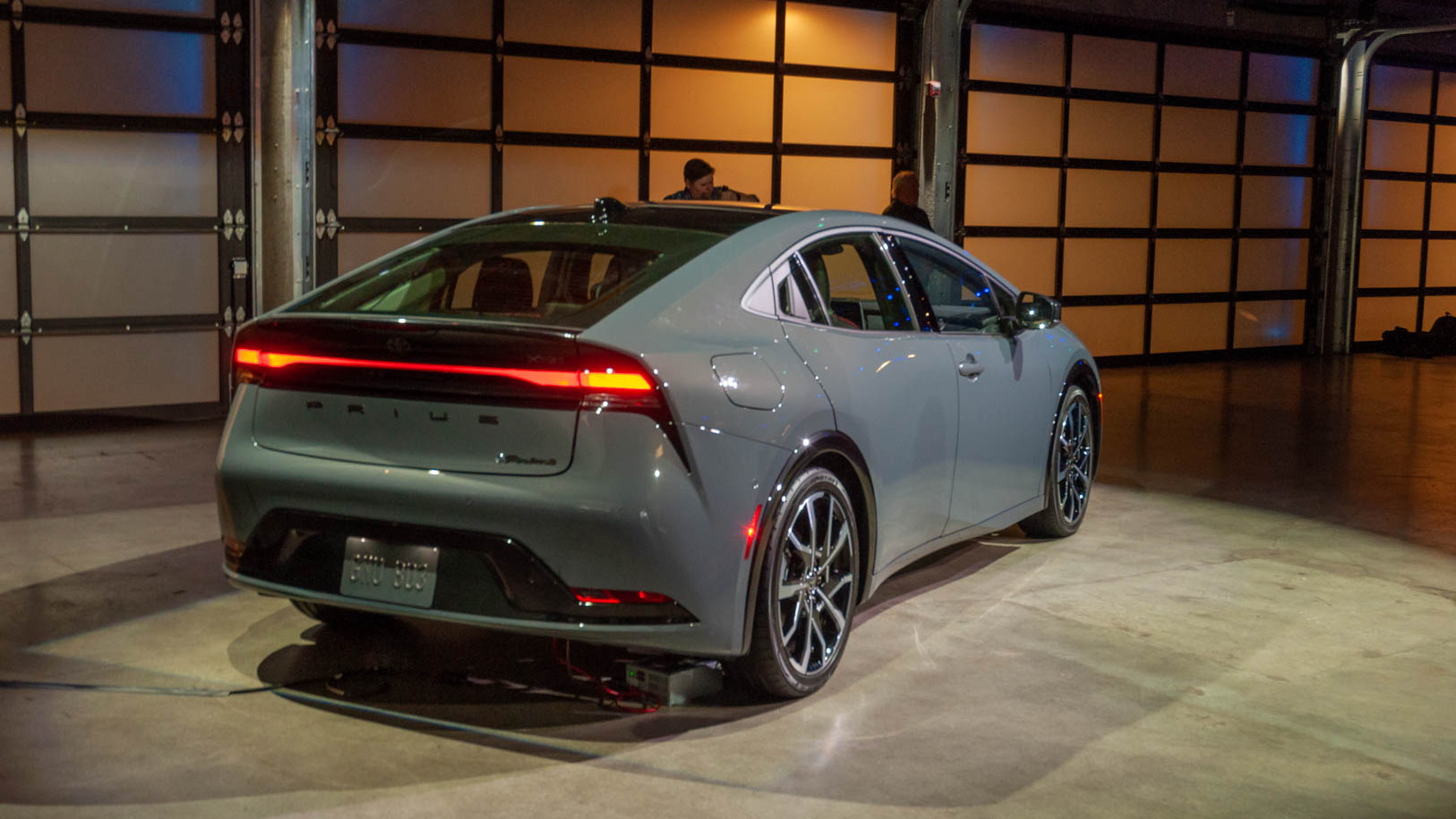 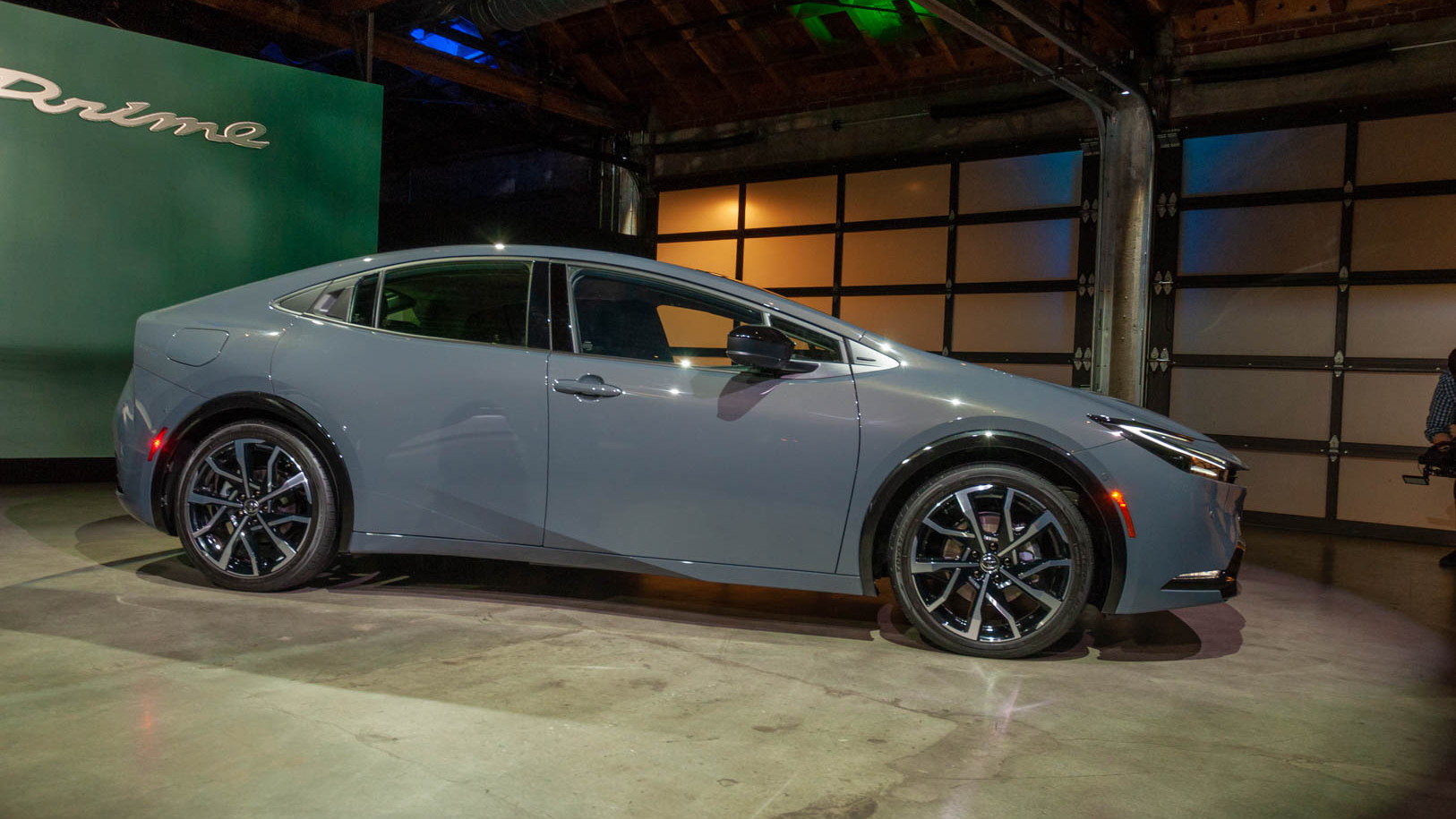 Toyota on Wednesday introduced a new generation of its iconic Prius that’s quicker, more efficient, and better-equipped—plus a new version of the Prius Prime plug-in hybrid that does all that and gets a big electric range boost.

Toyota peppered the introduction of the new Prius and Prius Prime with references to sportiness. They’re built on the second-generation TNGA-C platform, and Toyota says that it has reduced weight and increased rigidity versus the outgoing generation, bringing a wider stance with a lower driving position and more nimble feel.

The new Prius looks very familiar, especially in profile. Toyota appears to be providing a soothing alternative to the busy, overly creased styling of the outgoing Prius with what it calls a “One-Motion Silhouette” in the new Prius. It’s almost as if it’s spliced this one in where the previous generation left off in 2015. Inside, the Prius family appears to adopt much of the layout used inside the bZ4X EV. 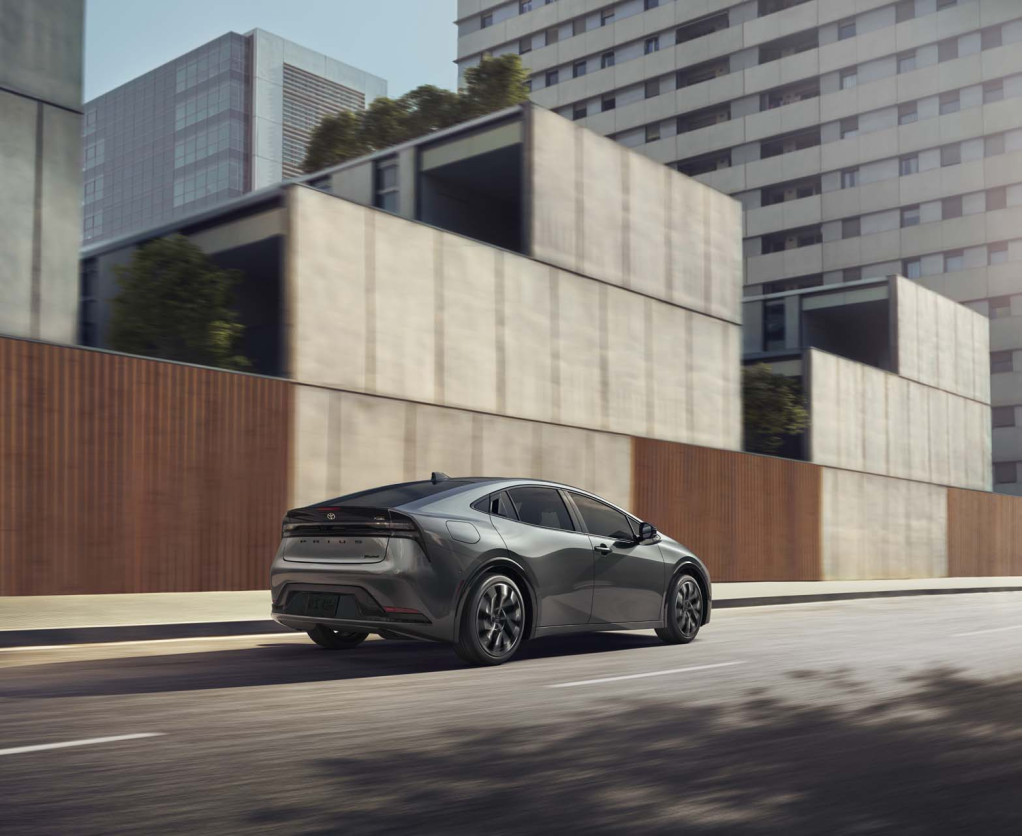 Increases in both battery and engine output lead to boosts in fuel economy as well as performance for the hybrid, according to Toyota, while it’s advanced handling yet again. Toyota claims “accelerator response unique to electrified vehicles.”

In the redesign, the Prius hybrid in LE front-wheel-drive form gains just 1 mpg combined—to an estimated 57 mpg—versus the outgoing Prius Eco. That’s 5 mpg better than the rest of the front-wheel-drive 2022 Prius lineup.

Note that this isn’t final, and in recent years Toyota has managed to do even better in many cases by the time official numbers are released.

The 2023 Prius makes 194 hp in front-wheel-drive form and now accelerates to 60 mph in 7.2 seconds—claimed to be 26% quicker than the outgoing model. All-wheel-drive models adopt a permanent-magnet motor in back and make 196 hp and can accelerate to 60 mph in 7.0 seconds.

The Prime’s hybrid system makes 220 hp—nearly twice the output of the outgoing model—and allows it to accelerate about a half-second quicker to 60 mph than the quicker new non-plug-in 2023 Prius versions, at 6.6 seconds. With a shift from nickel-metal hydride to lithium-ion, the Prius hybrid’s battery is both smaller, lighter, and 15% higher in output. 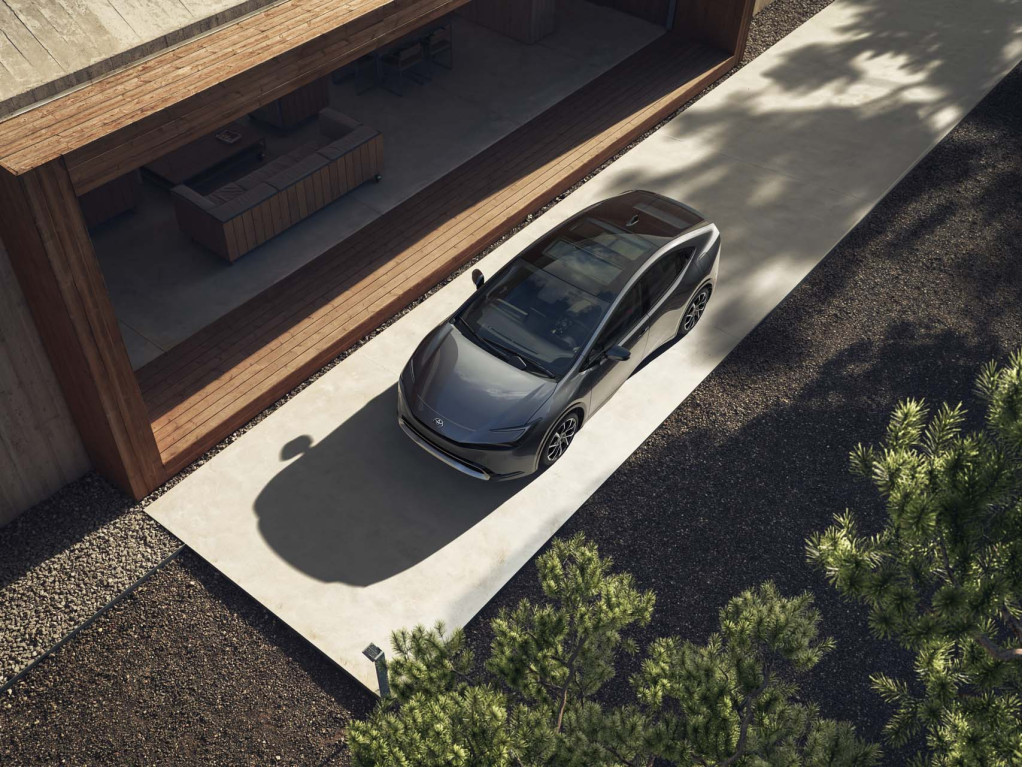 Toyota says that the Prius Prime will provide more than a 50% range increase versus the outgoing model. Given its EPA rating of 25 electric miles, that could translate to 38 miles or more for the new model. That’s less than the 42 miles offered by the popular, supply-constrained RAV4 Prime. Toyota hasn’t yet disclosed the battery size, but says the Prime has a newly developed lithium-ion pack.

The new Prius will be offered in LE, XLE, and Limited grades; the plug-in hybrid Prius Prime is seen as the sportier selection, with SE, XSE, and XSE Premium grades.

In its LE version, the 2023 Prius will include an 8.0-inch touchscreen infotainment system, 17-inch alloy wheels, and six USB-C ports, as well as a blind-spot monitors and rear cross-traffic alerts. The XLE grade adds 19-inch alloy wheels, a power driver’s seat, front heated seats, wireless device charging, and a smart key system. It also adds front and rear parking assist with automatic braking, which is optional on the LE. Optional on the XLE is a 12.3-inch infotainment touchscreen, a fixed glass roof, and a digital key system. Toyota notes that this larger infotainment system was designed by a Texas-based team and includes over-the-air updates—plus a suite of cloud-supported utilities aiding navigation. Wireless Apple CarPlay and Android Auto are supported, with a new wifi hotspot capability. 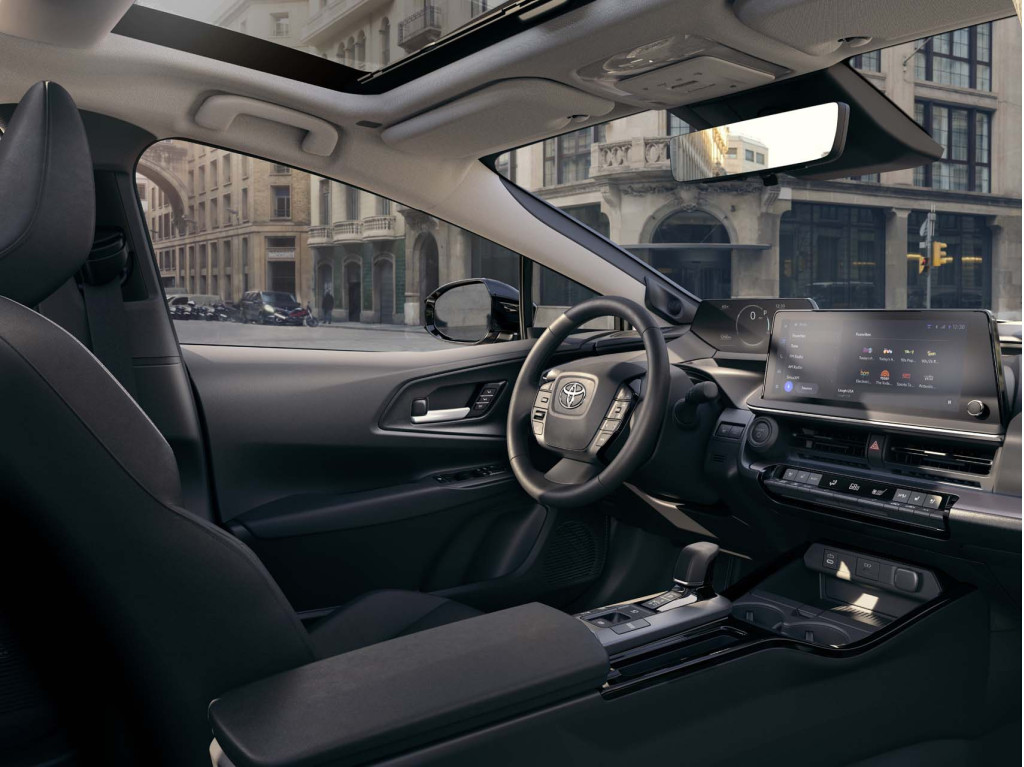 Equipment in the three levels of the Prime closely parallels that of three Prius hybrid trim levels, but a solar glass roof, which Toyota says will feed some charge into the battery when parked, is available. It’s unclear at this point whether this is the solar-roof tech Toyota tested in Japan in the outgoing generation; that system loaded 860 watts of solar panels on the roof.

A feature unique to the Prime that makes its Toyota debut is traffic jam assist, which will assist with steering, acceleration, and braking—under 25 mph, and only if a driver monitor confirms the driver has their eyes on the road. 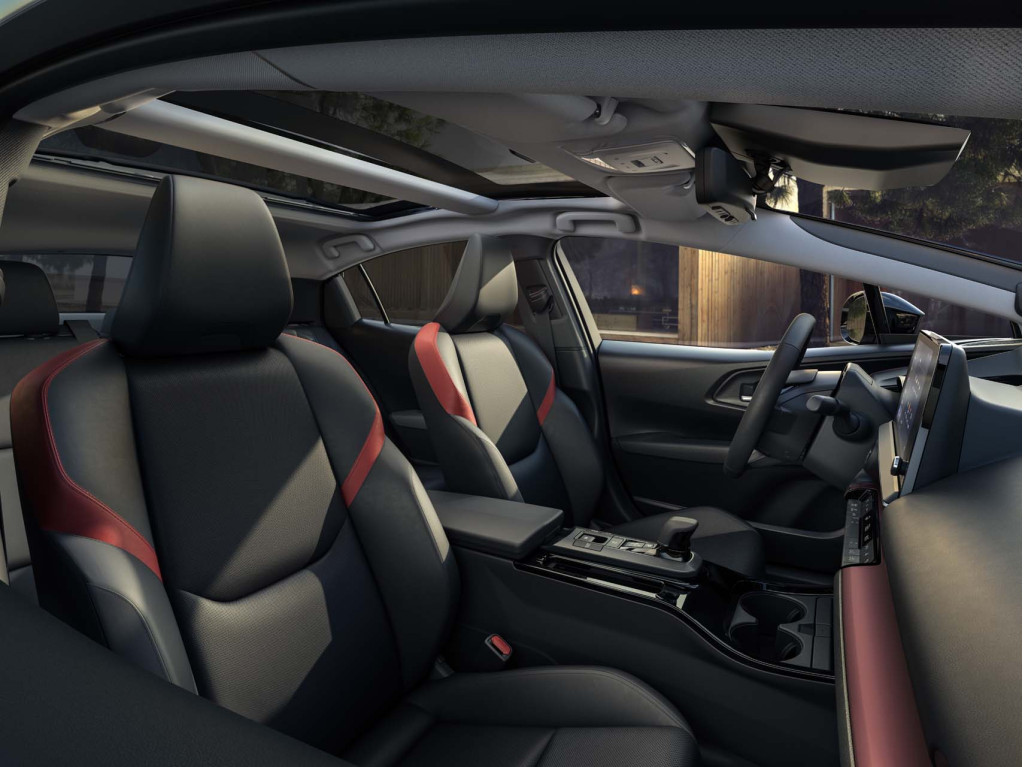 Toyota makes much ado of the new Prius’ safety-convenience features, including front and rear parking assist with automatic emergency braking in all versions, as well as blind-spot monitors with rear cross-traffic alerts. The Limited version adds a surround-view camera system, and active park assist is available.

Over-the-air updates are on the way, as well as an enhanced suite of Google-connected navigation tools.

Digging in hybrid heels, or setting the stage for more EVs?

Toyota says that the Prius fits in alongside its plans to move “beyond zero,” with the electrified North American lineup including ten hybrids, two plug-in hybrids, and the bZ4X EV, as well as the hydrogen fuel-cell Mirai—all among many more Toyota EVs globally.

To that, Toyota says that it’s sold over 5 million units of the Prius in North America and over 20 million globally, and from those it claims it’s prevented more than 82 million tons of CO2 emissions.