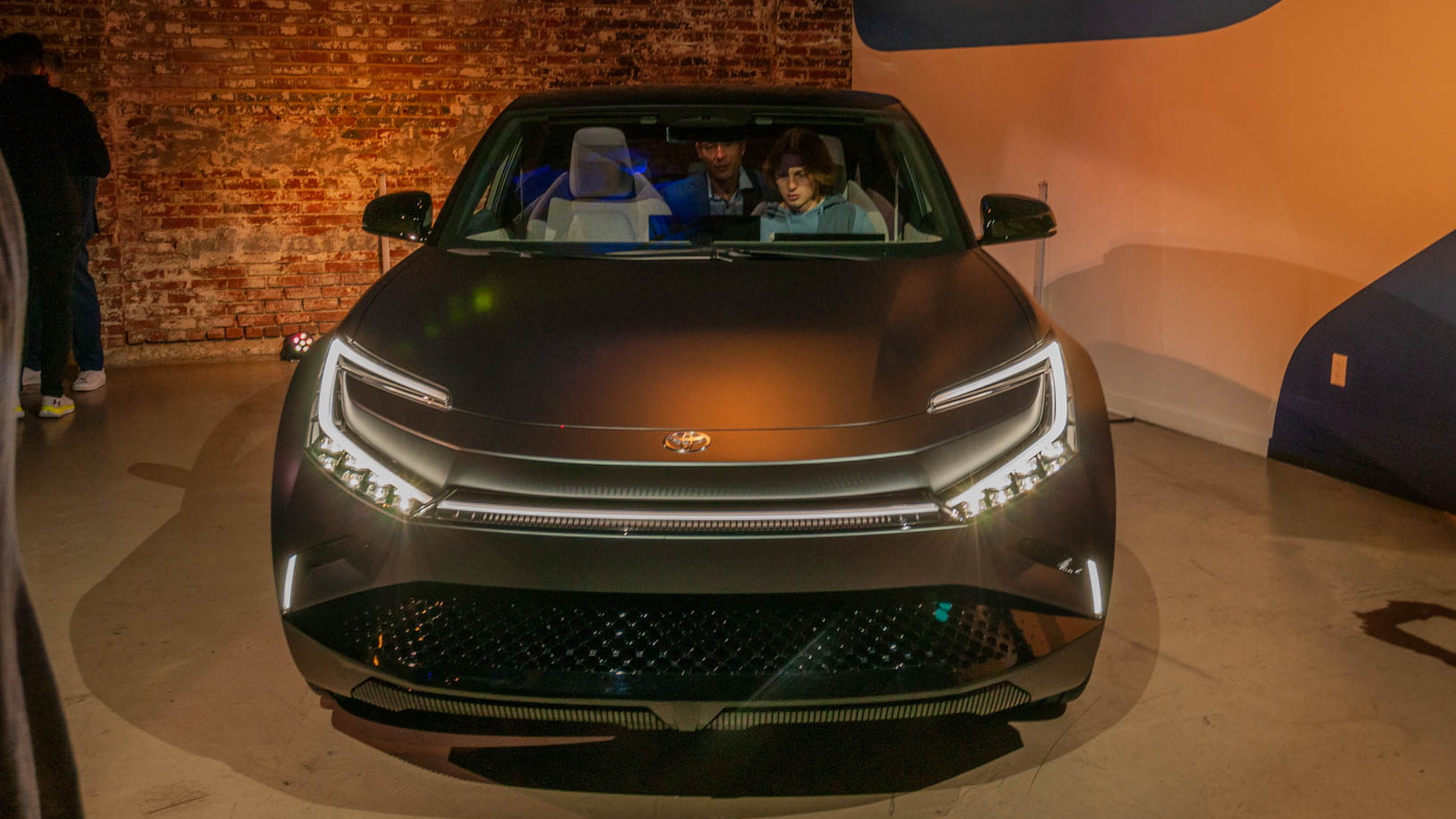 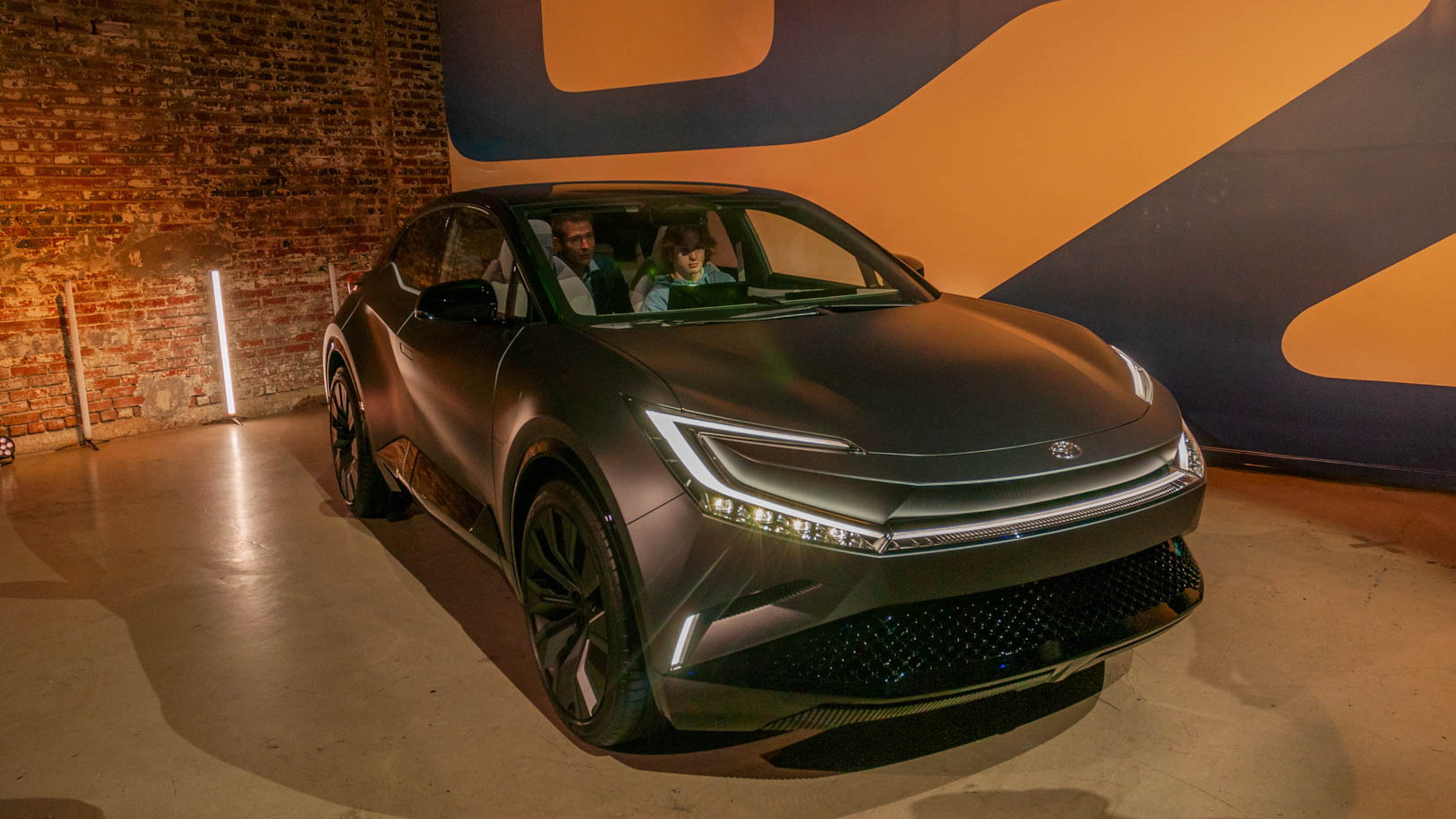 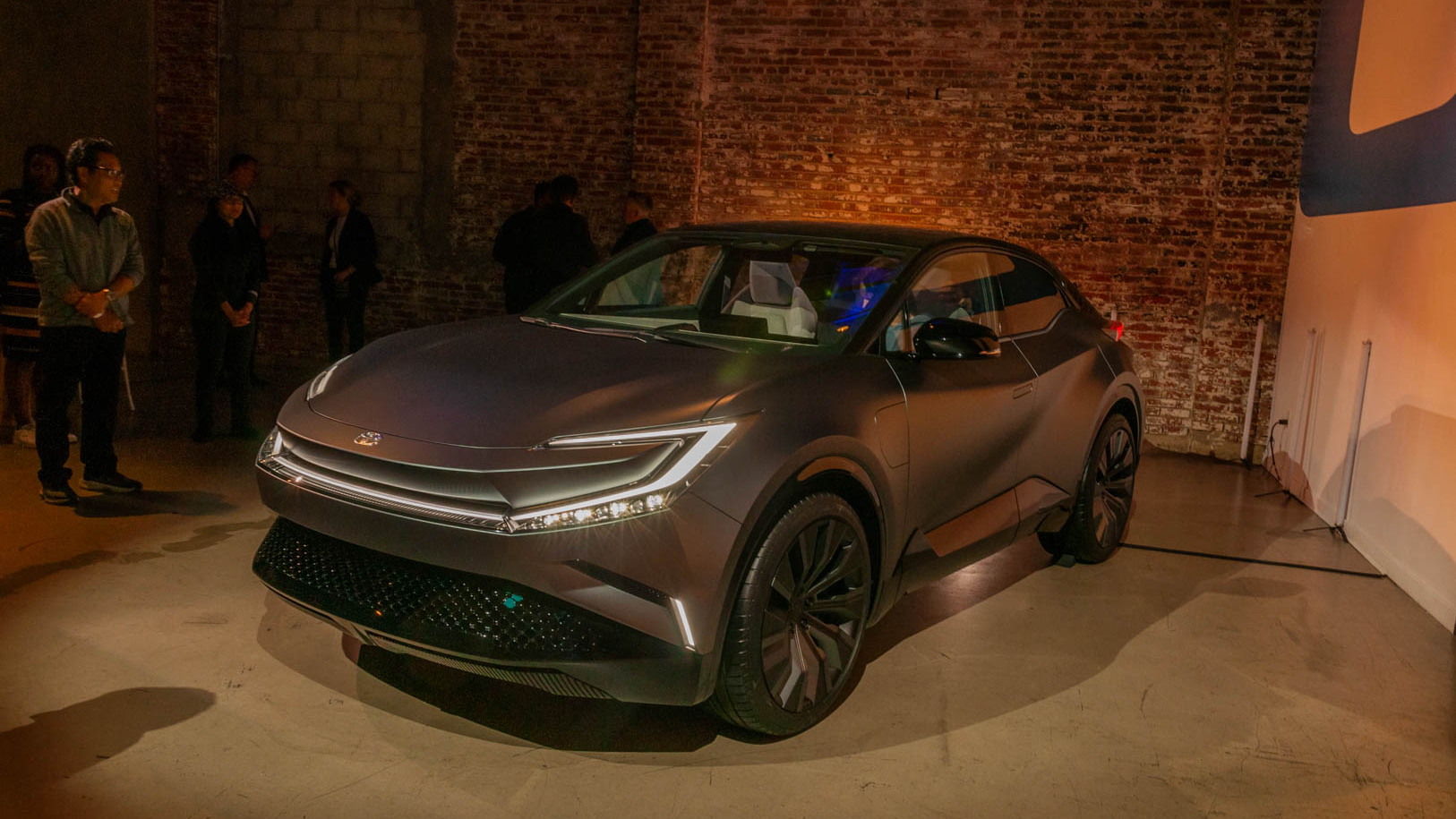 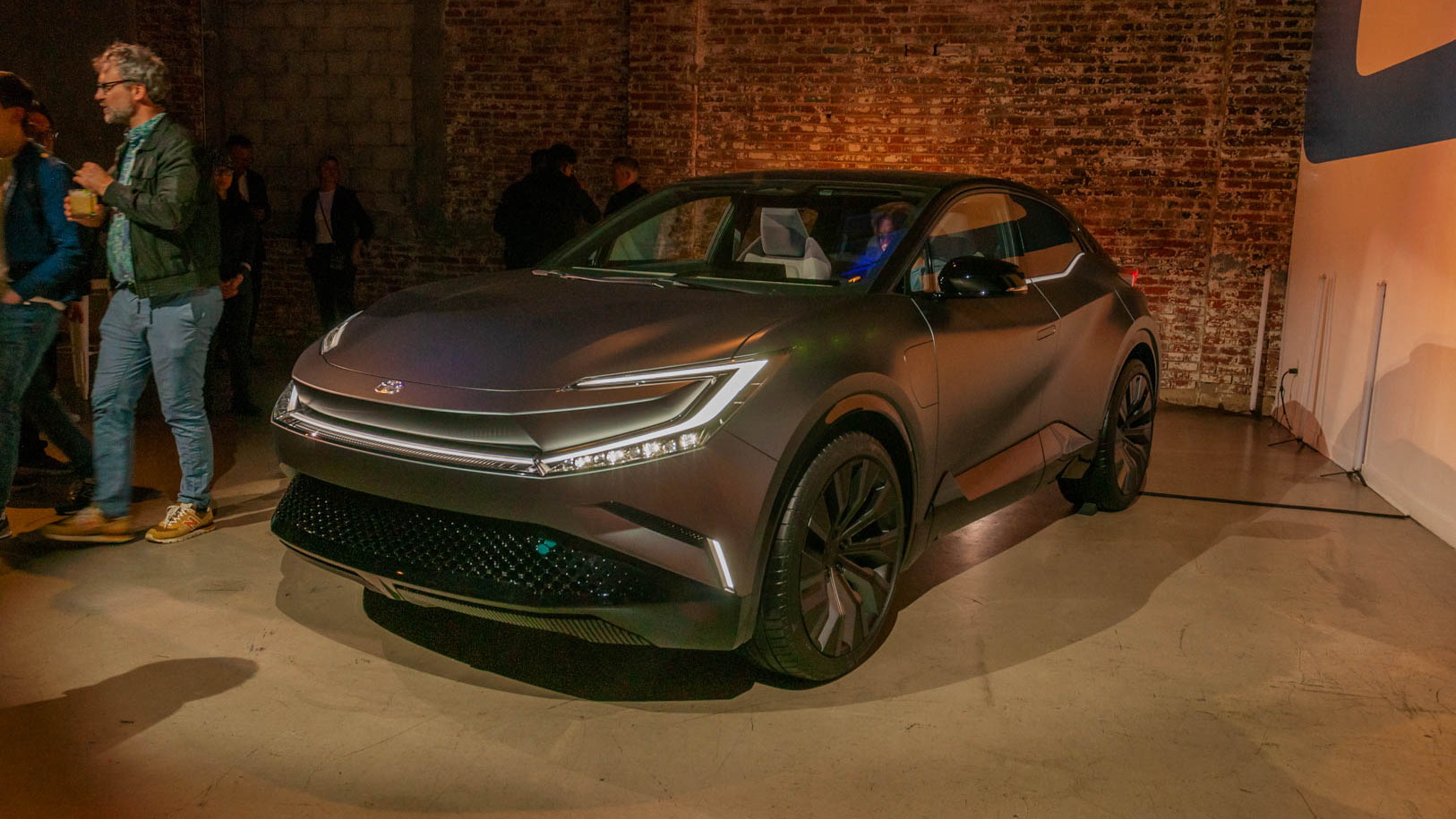 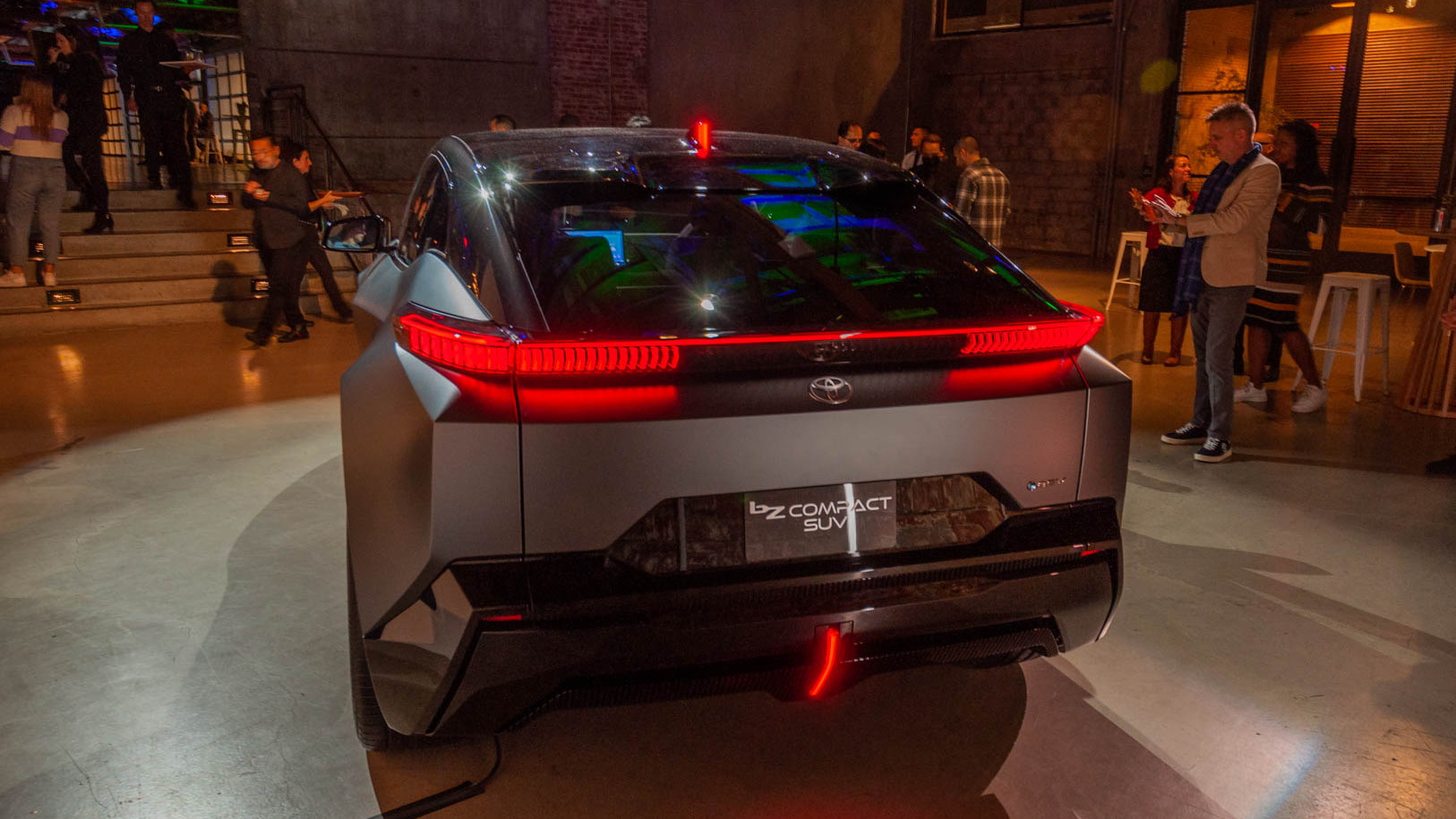 The bZ Compact SUV Concept is a “nod to the near future,” Toyota announced on the eve of the Los Angeles auto show.

Toyota claims to have used an approach with the concept that aims “to express what’s special about battery electric vehicles while also offering fun to drive, exhilarating performance.”

Unlike the boxy, chiseled Toyota Compact Cruiser concept, the bZ Compact SUV goes for a different kind of edgy, with a racy, swept-back profile and an aggressive stance with the wheels pushed out to the corners. Toyota points to a low coefficient of drag, and from pictures, it effectively looks like a high-riding performance hatchback.

Toyota says that it’s extended the feel of the exterior to the cabin, while mixing tech and eco-friendly materials for a distinct look. The seating is plant-based, for instance, and audio and lighting cues respond to commands from the occupants via an in-car “personal agent.”

Specs and dimensions for the concept have not been released, but considering the use of the word compact, this SUV is likely sized in the vicinity of the 37-mpg Toyota Corolla Cross Hybrid—although with some of the curvaceousness of the C-HR small crossover.

The name itself is an extension of bZ (Beyond Zero), Toyota’s electric vehicle sub-brand focused around sustainability and models with no direct tailpipe emissions. Toyota already sells one U.S.-market model from that lineup, the bZ4X, but it sells others internationally—like the Model 3–sized Toyota bZ3 for China.

Toyota has said that it will build more EVs if demand exists. And, with development of EVs reportedly paused as the company considers a larger commitment, this particular signal of change might very well be its idea to test that.