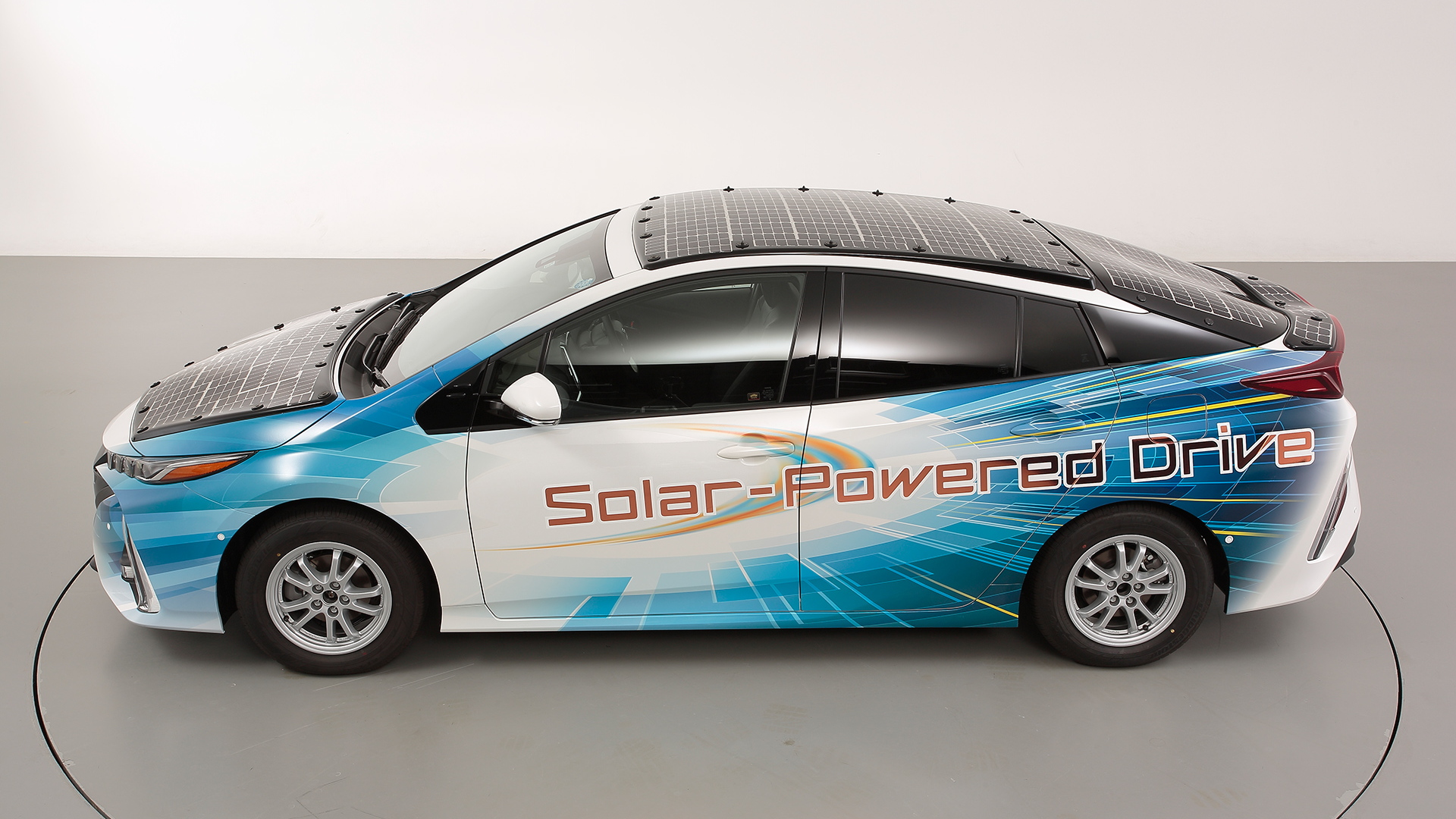 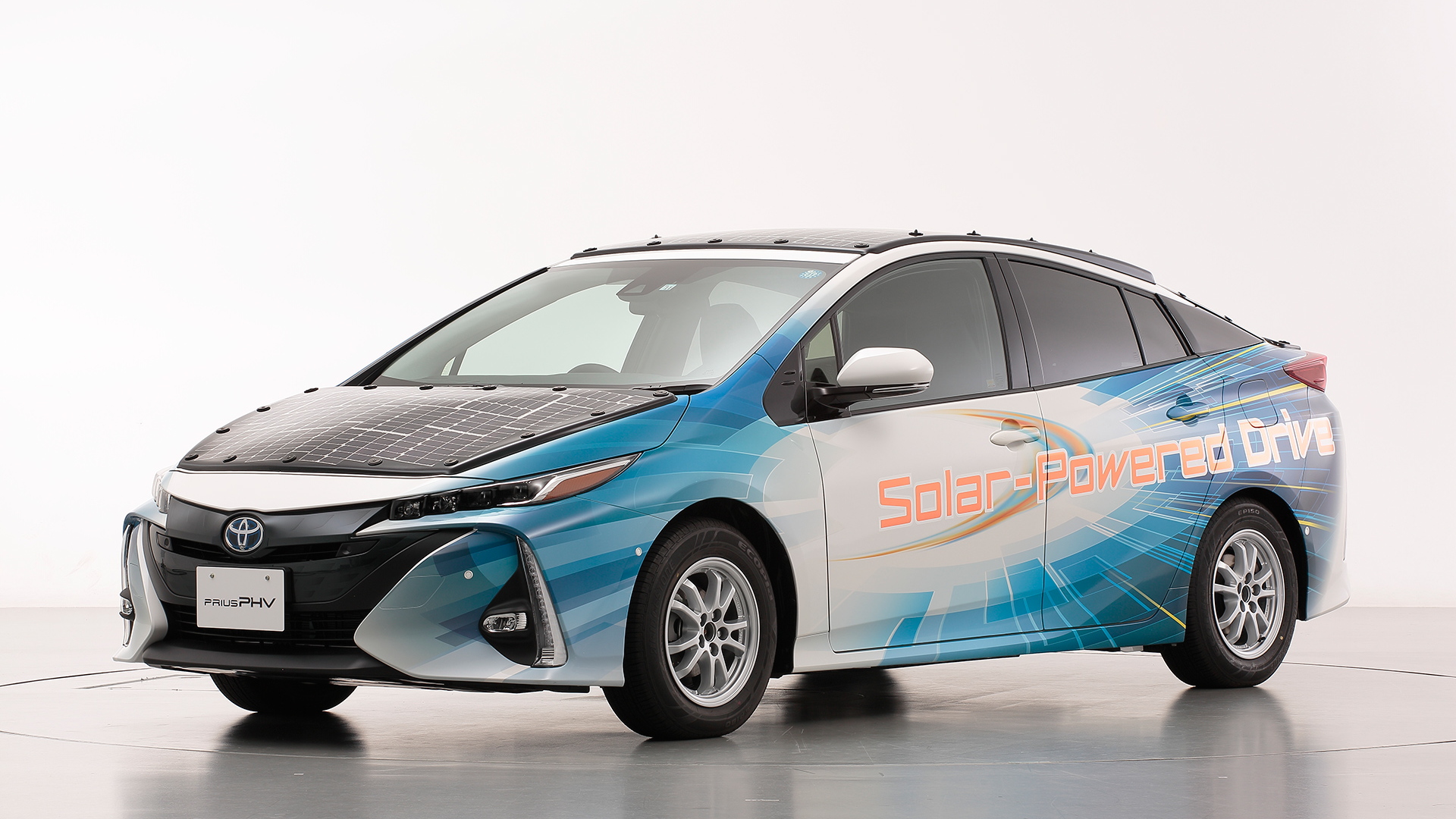 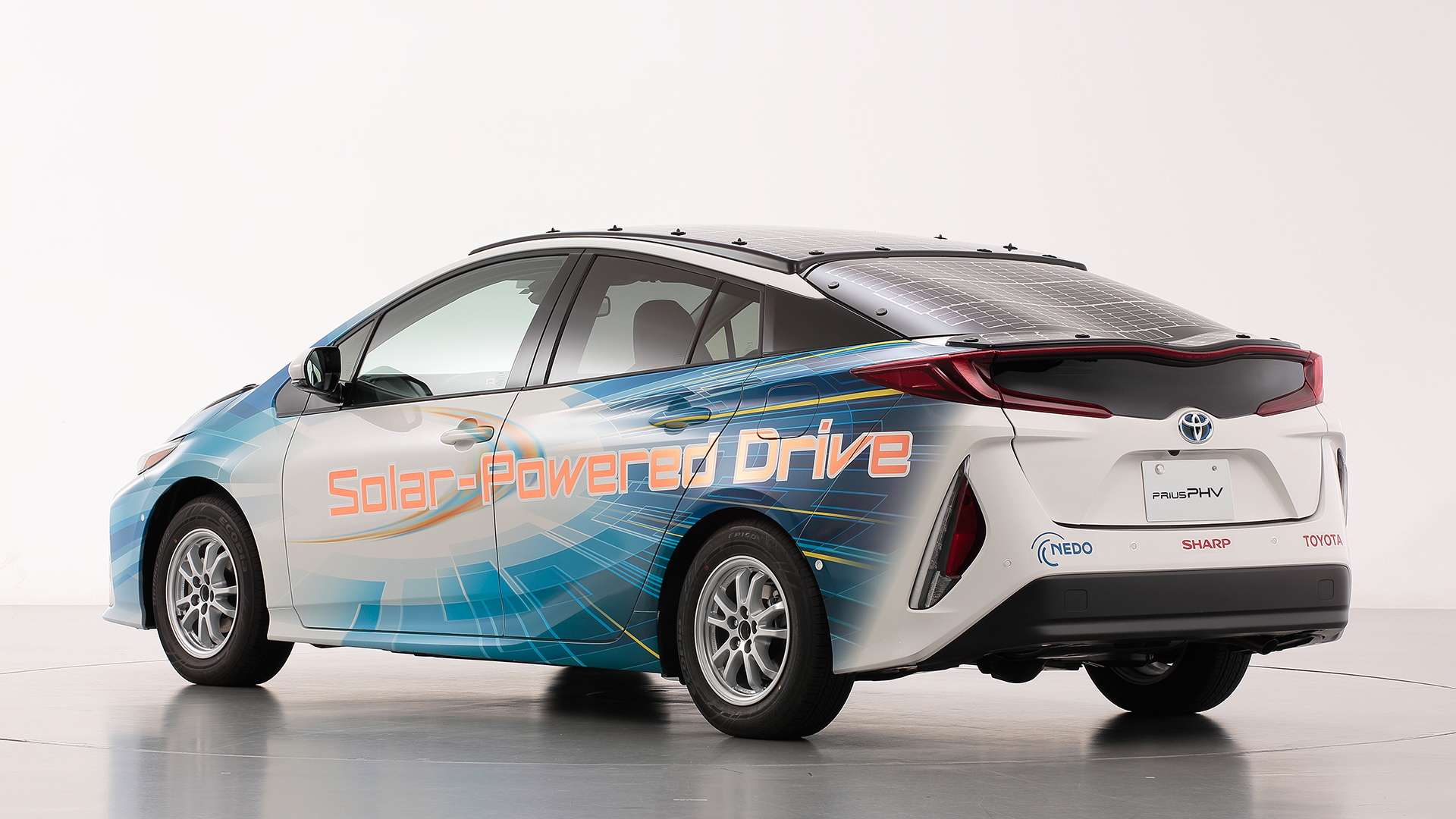 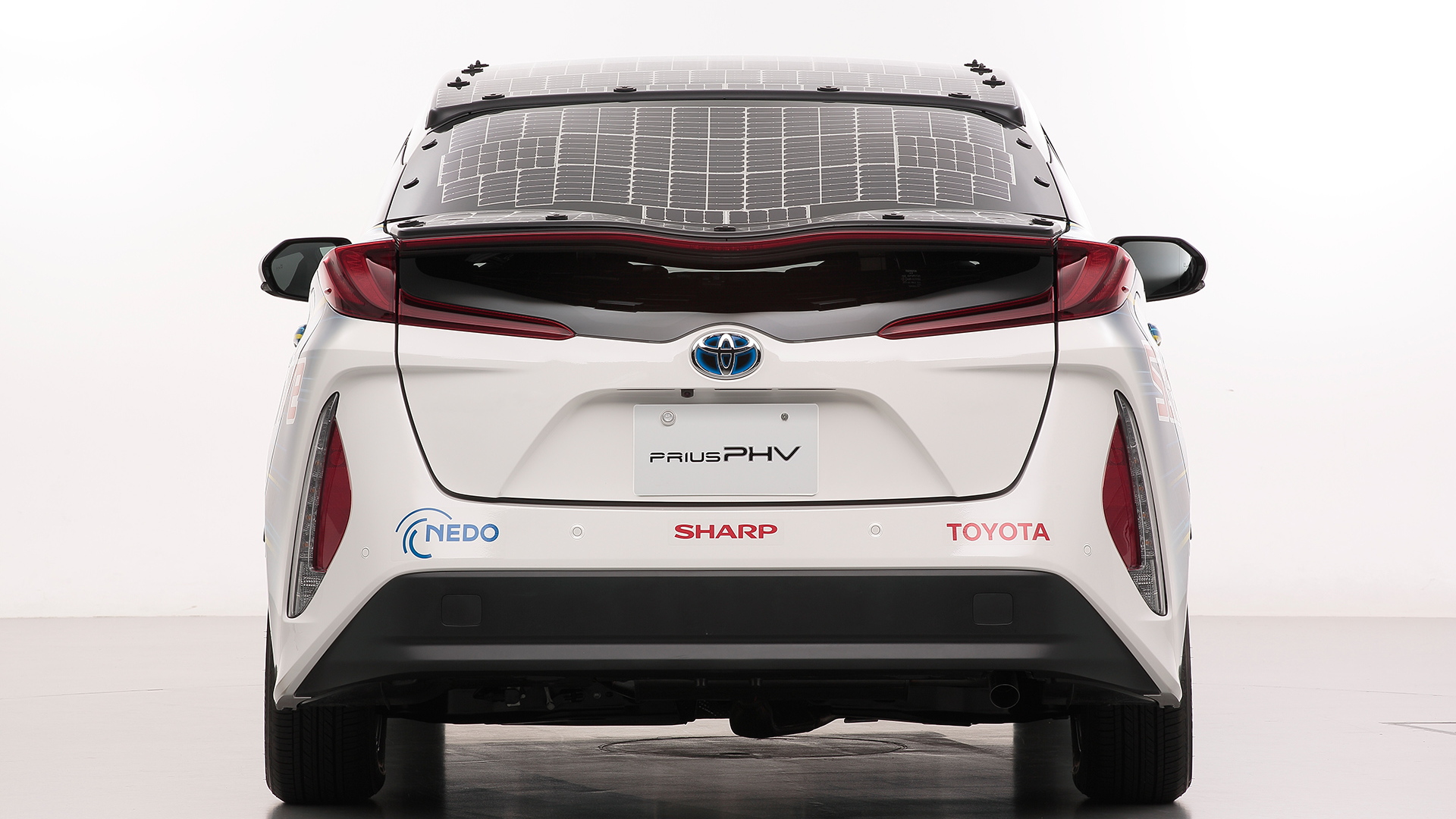 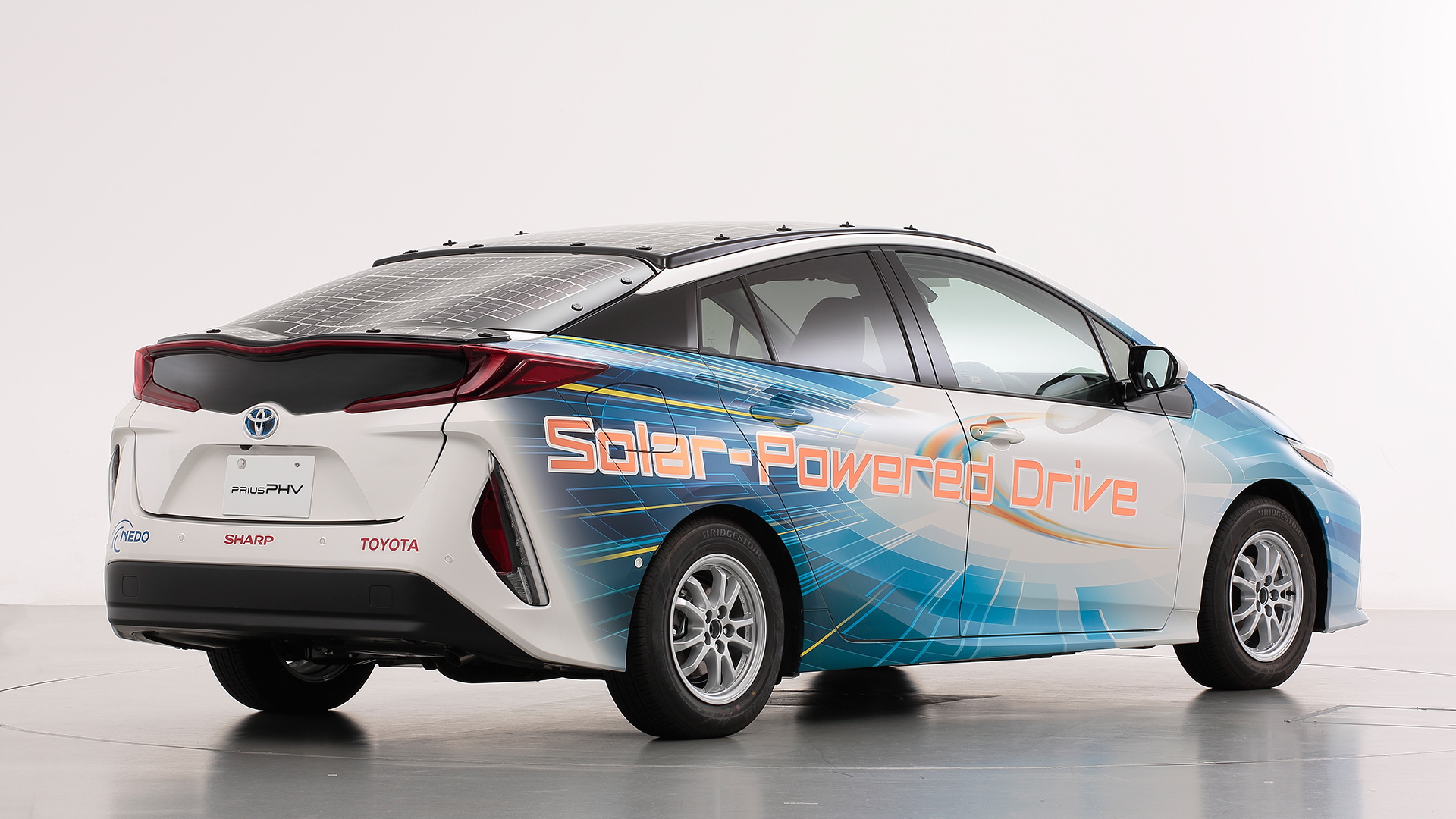 While Toyota has been skeptical of electric cars, the carmaker is expressing optimism about technology that can supplement plugging in: solar.

Along with its battery partners NIDO and Sharp, Toyota is experimenting with a new Prius Prime in Japan (called the Prius PHV there), equipped with 860 watts of solar panels on the roof, hood, and rear hatch.

The car uses photovoltaic solar cells from Sharp that Toyota says are 34 percent efficient "plus."  Altogether, the company says that on an ideal sunny day, the solar panels could give the Prius PHV up to 27.6 miles of electric power per day.

That's a big jump from the current solar roof that Toyota offers on the Prius PHV in Japan, which delivers 180 watts of power from panels that are 23 percent efficient and maxes out at about 3.8 miles a day. It can only charge the batteries while the car is parked, while the test array will charge even while the car is driving.

The Prius PHV still uses its 9-kilowatt-hour battery which can be charged from the wall to deliver another roughly 25 miles of electric driving a day.

The car follows in the mode of two other solar-assisted plug in hybrids being developed by startup companies in Europe: The Sono Sion, which the company claims will have up to 21 miles of solar range per day, is scheduled to go into production at the former Saab factory in Sweden late next year. The Lightyear One, born out of an effort to compete in the World Solar Challenge, is a Dutch startup effort aiming for limited production in 2021 that will also use onboard solar panels to boost its electric range.

The Toyota project is sponsored by the Japanese New Energy and Industrial Technology Development Organization, and Toyota plans to begin testing it on roads in Japan this month to gather data on efficiency and driving range. There are currently no production plans for the car.