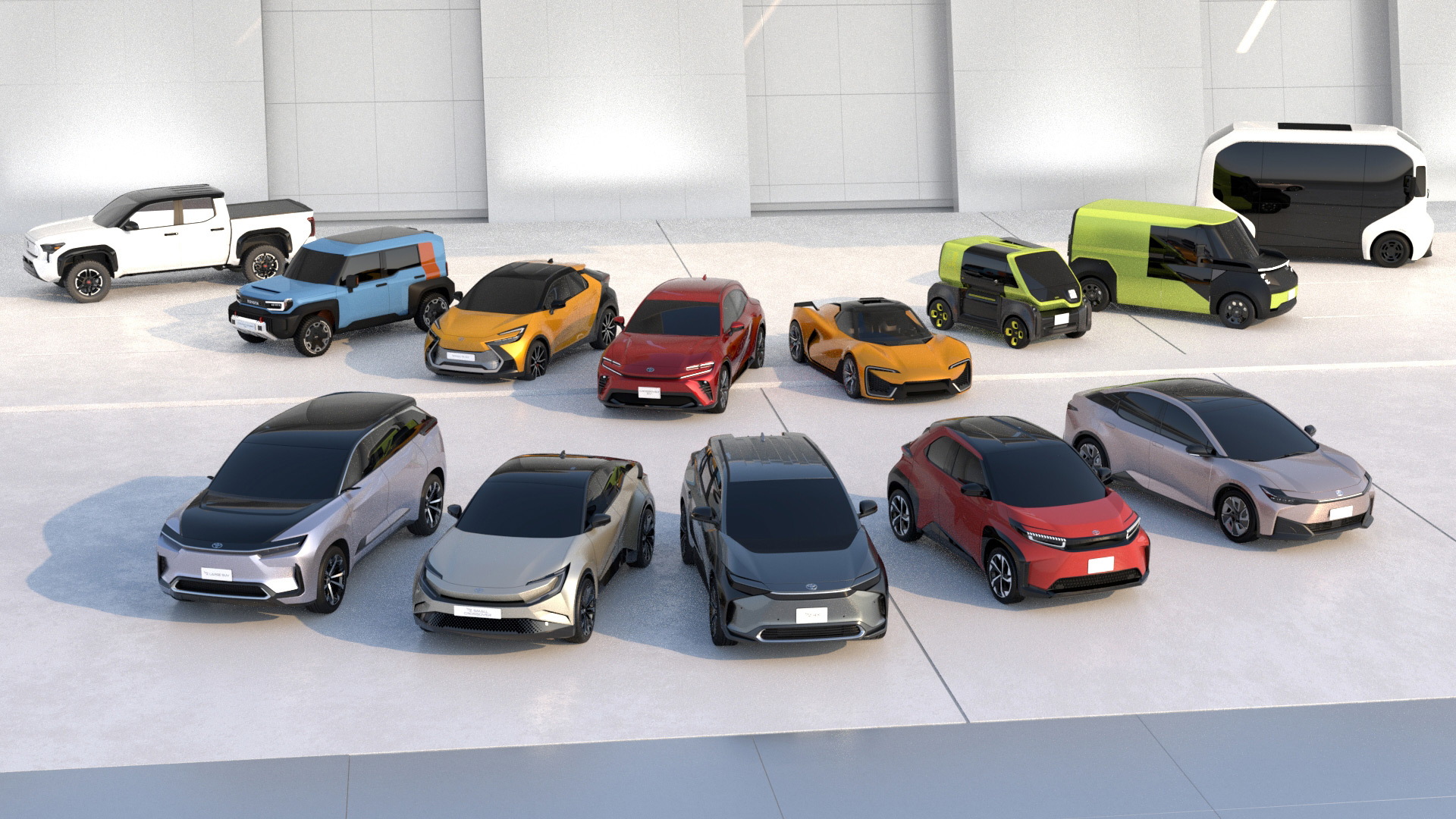 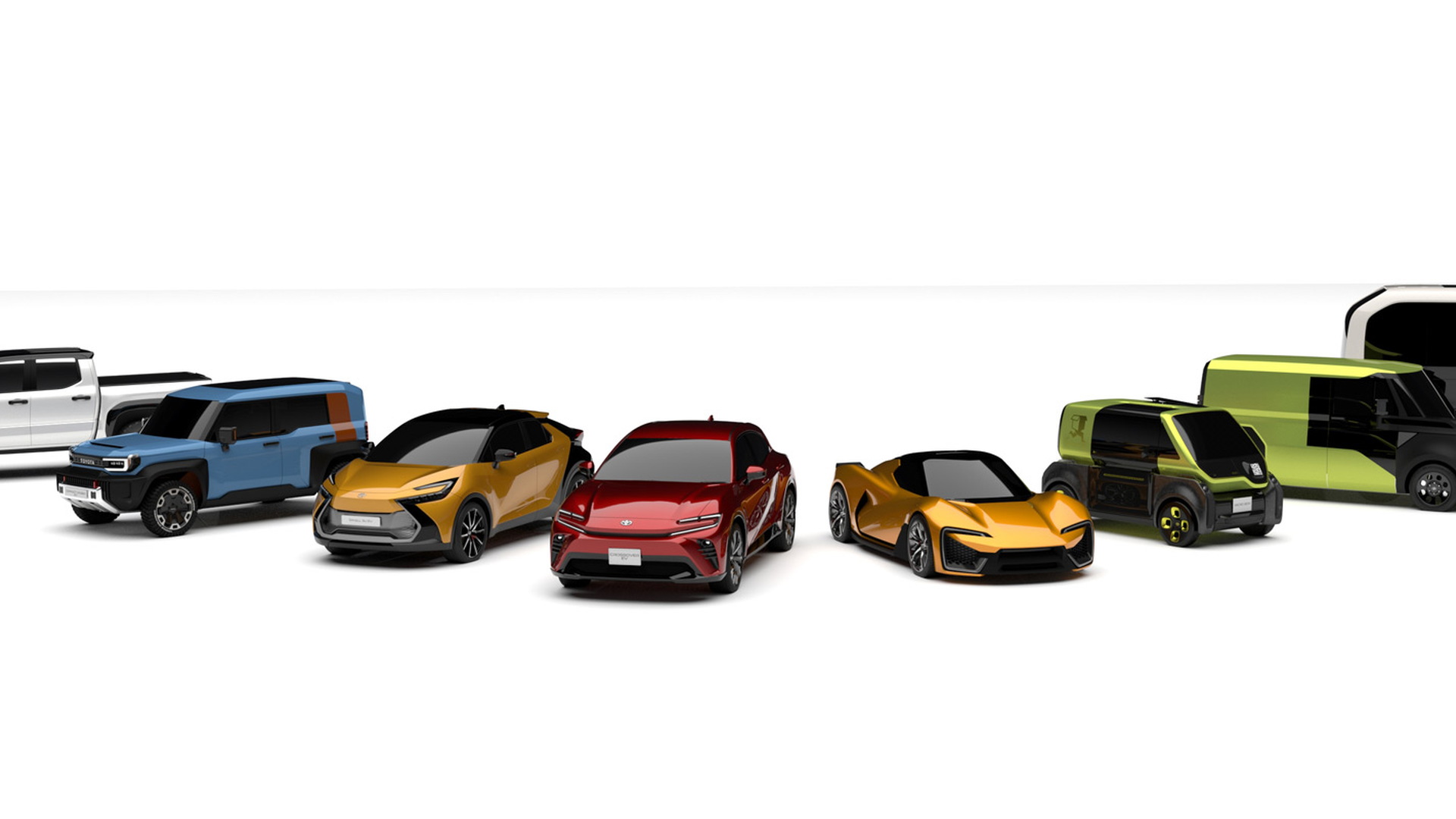 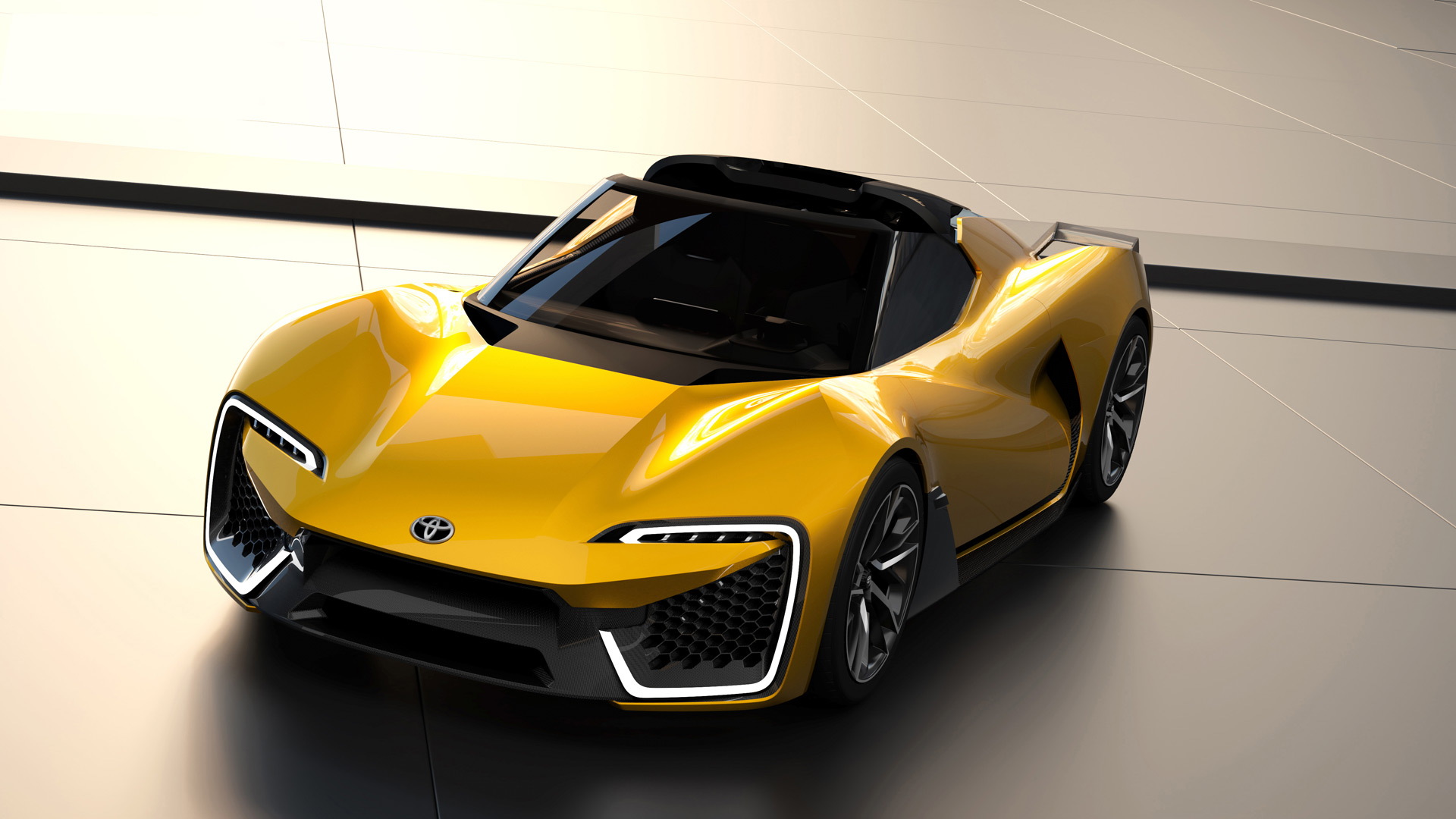 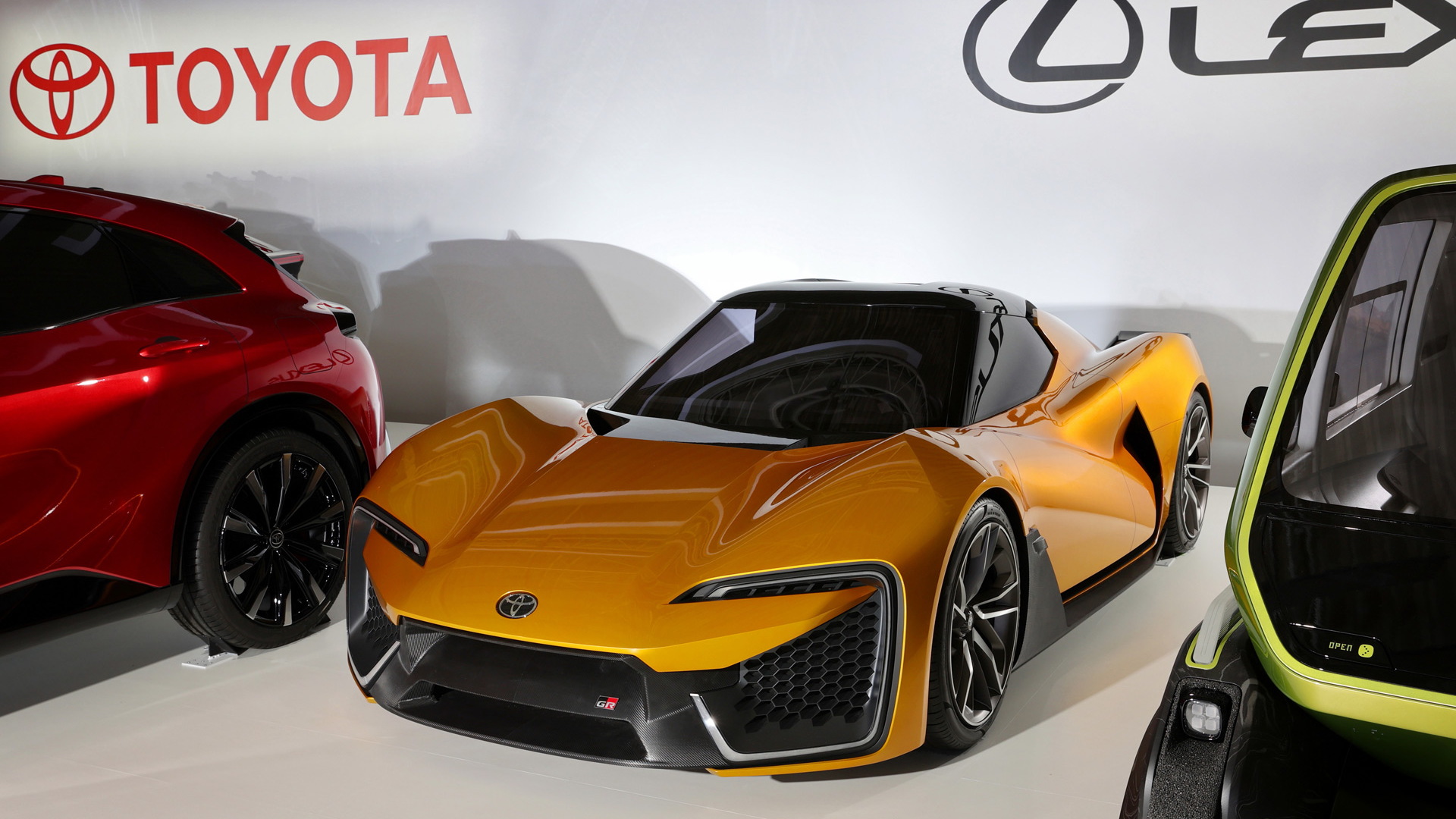 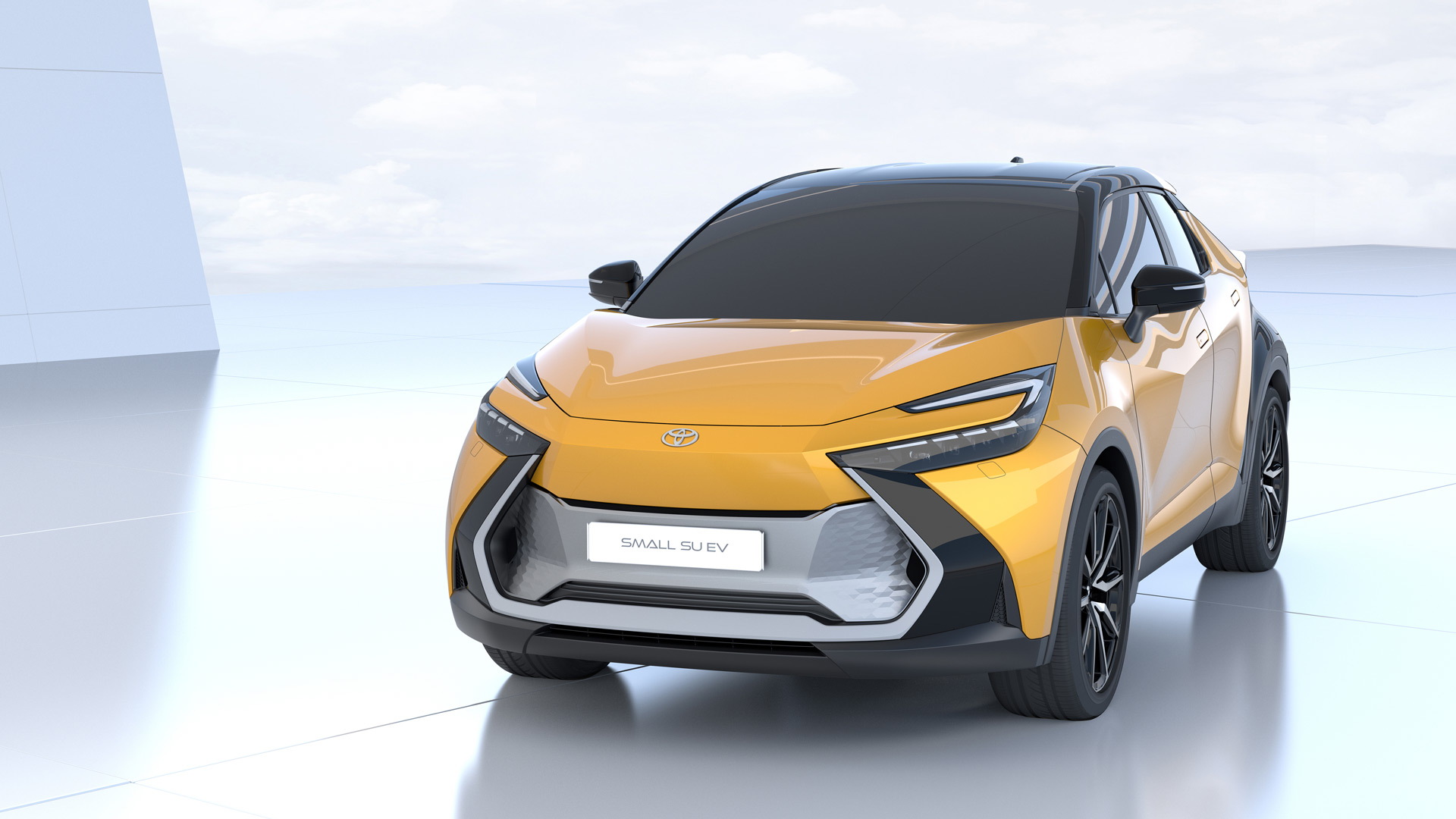 Toyota on Tuesday announced plans to launch 30 electric vehicles across its main Toyota brand and Lexus luxury brand by 2030, unveiling a dozen concepts previewing some of those models.

The lineup covers a wide variety of vehicle types, including a sports car (the Toyota Sports EV), an SUV that seems to be inspired by the defunct Toyota FJ Cruiser (Toyota Cruiser EV), and a Toyota Pickup EV concept that could preview a future electric version of the Toyota Tacoma midsize truck.

Other concepts seemed to be analogs for sedans and SUVs in Toyota's current lineup. Toyota also unveiled the Micro Box subcompact van and Mid Box compact van concepts, and brought out the e-Palette autonomous vehicle concept first shown in early 2018.

The first of this new wave of EVs to reach production will be the 2023 Toyota BZ4X crossover, which is expected to arrive in the United States next spring and early summer. It will likely also serve as the basis for the 2023 Lexus RZ crossover.

In addition to the RZ, the lineup of concepts included one hinting at a sporty Lexus electric coupe. Lexus has said it will offer an all-electric option for every segment it competes in by 2030, and will make 100% of its U.S., China, and Europe EV sales electric by that date, followed by the rest of its global markets in 2035.

Toyota has said it plans to make affordability, not all-out range, the focus of its EV positioning. To that end, the automaker is also aiming for aggressive cost reductions on batteries, and progress on battery range degradation.

The company also this month announced plans for a U.S. battery facility, although it will primarily be for hybrid vehicles at first.

Toyota has long emphasized hybrids and hydrogen fuel-cell vehicles over battery-electric cars but, together with Lexus, it now expects to be selling around 3.5 million EVs annually by 2030.