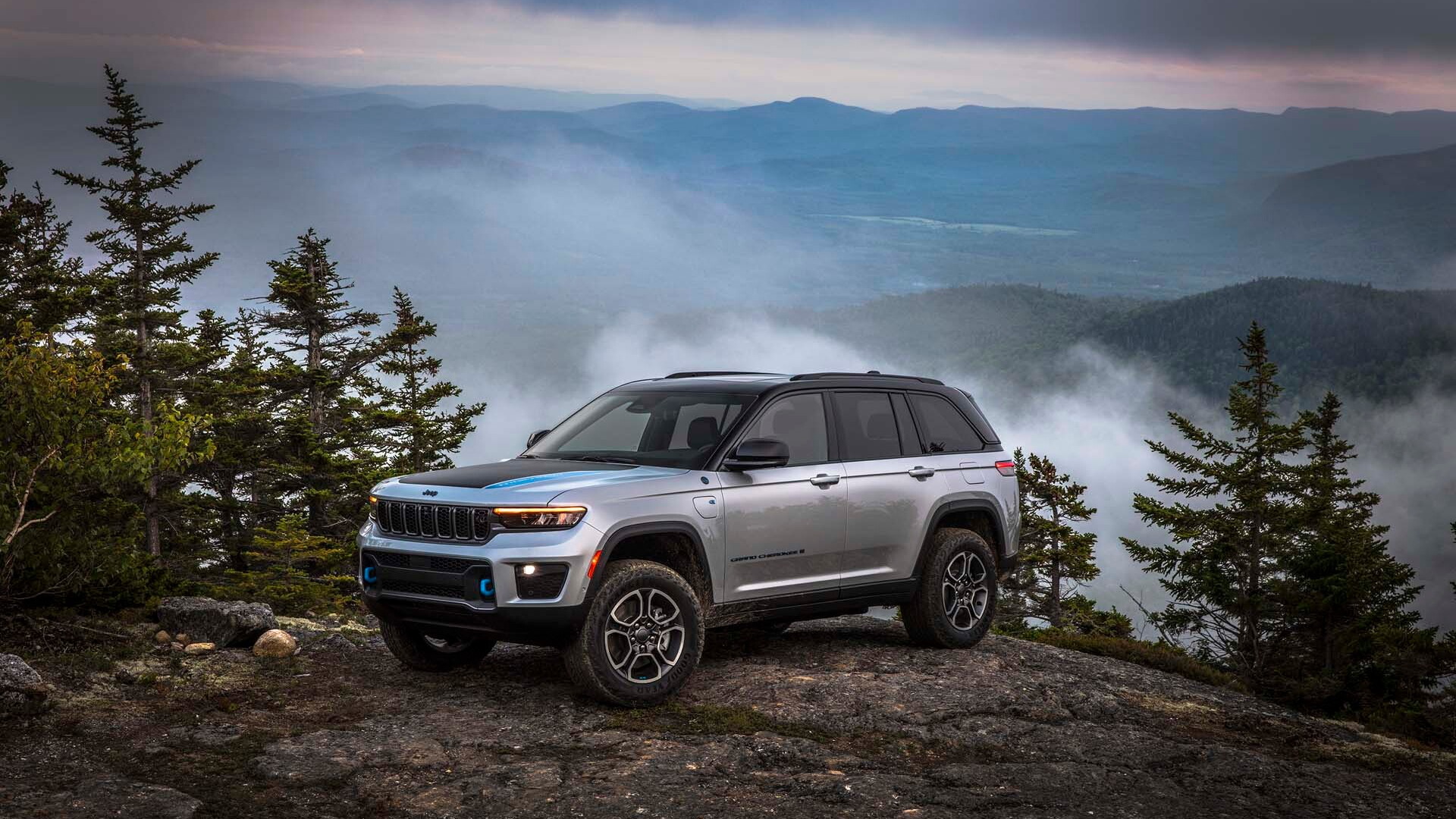 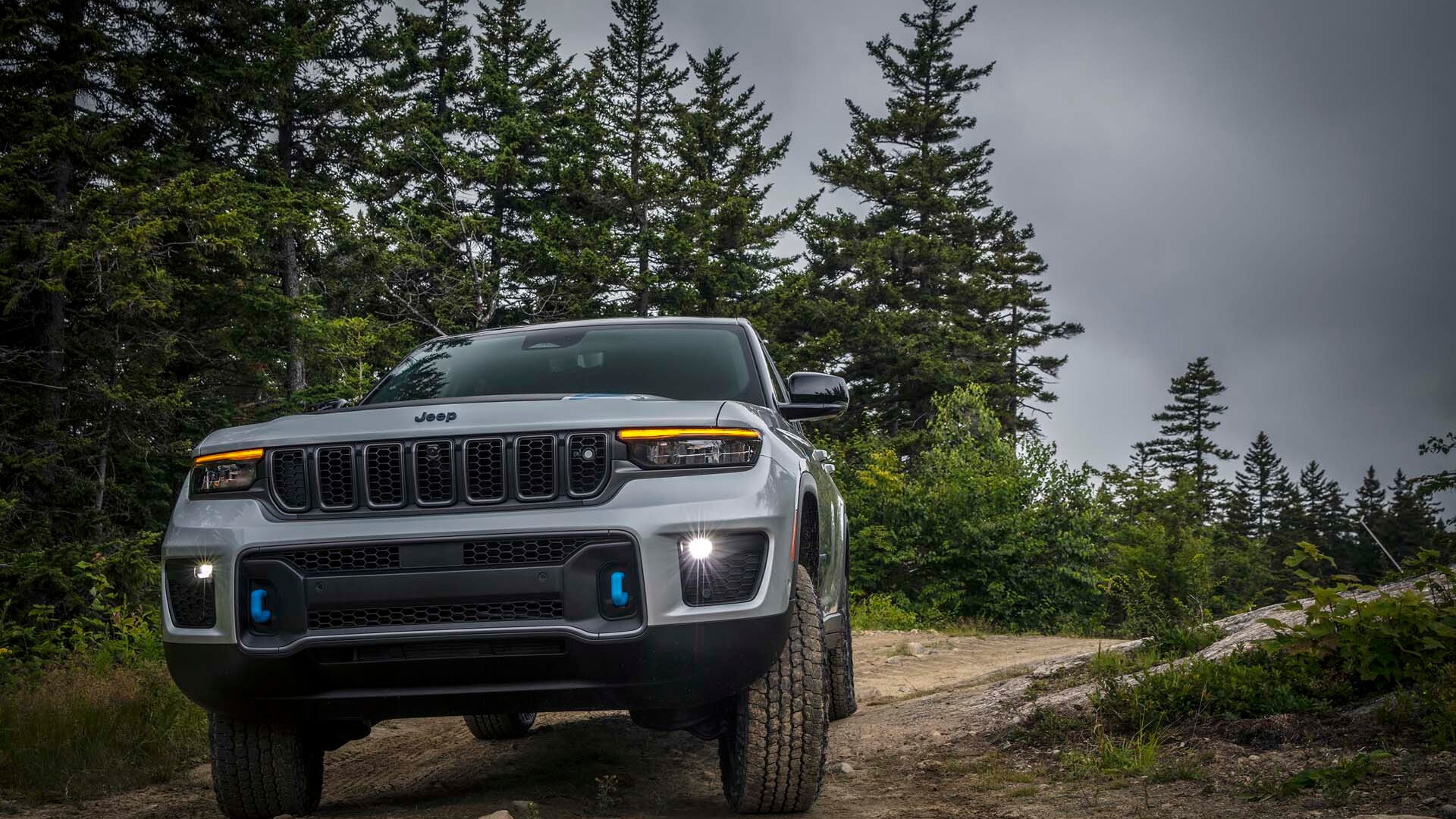 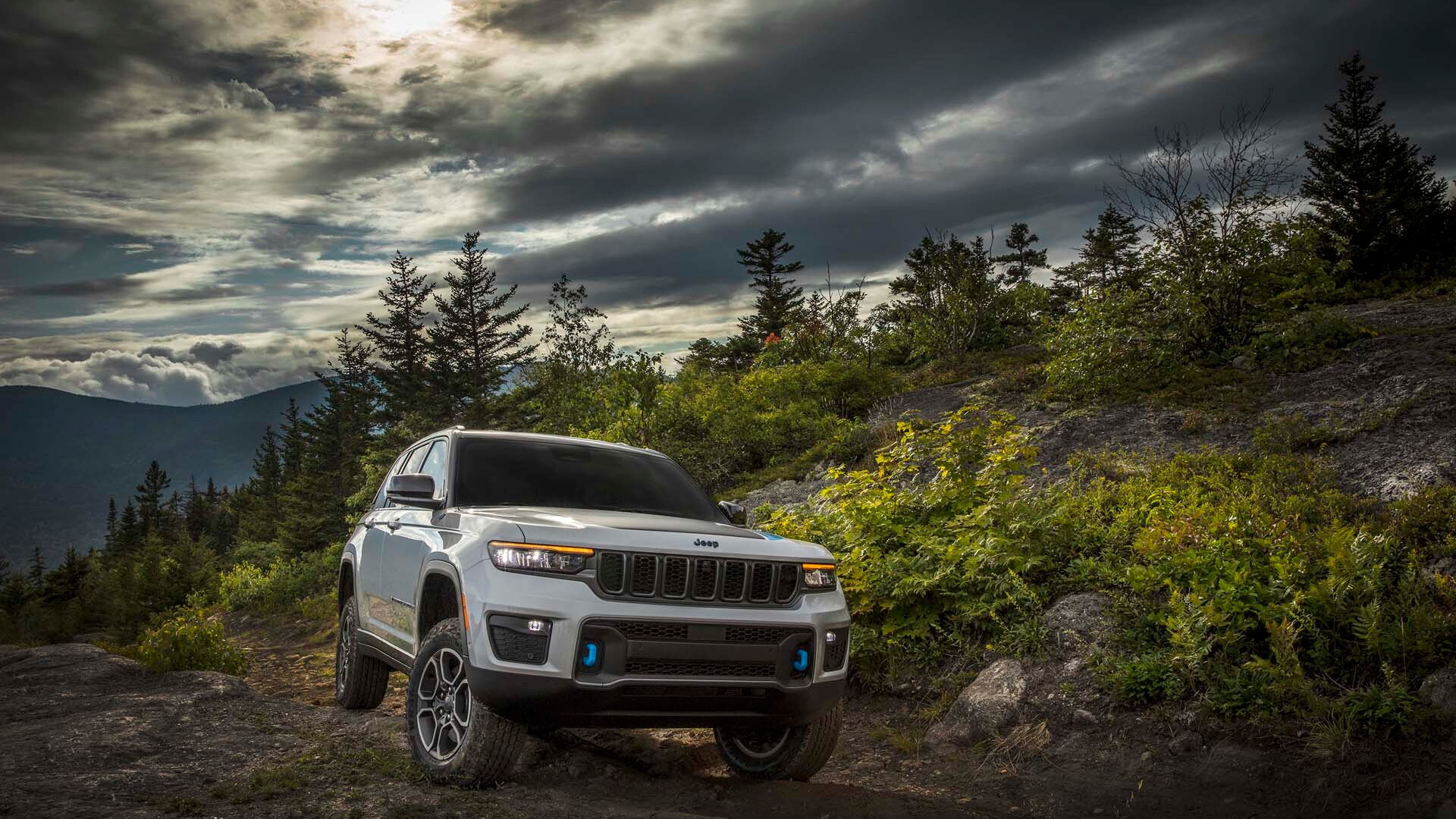 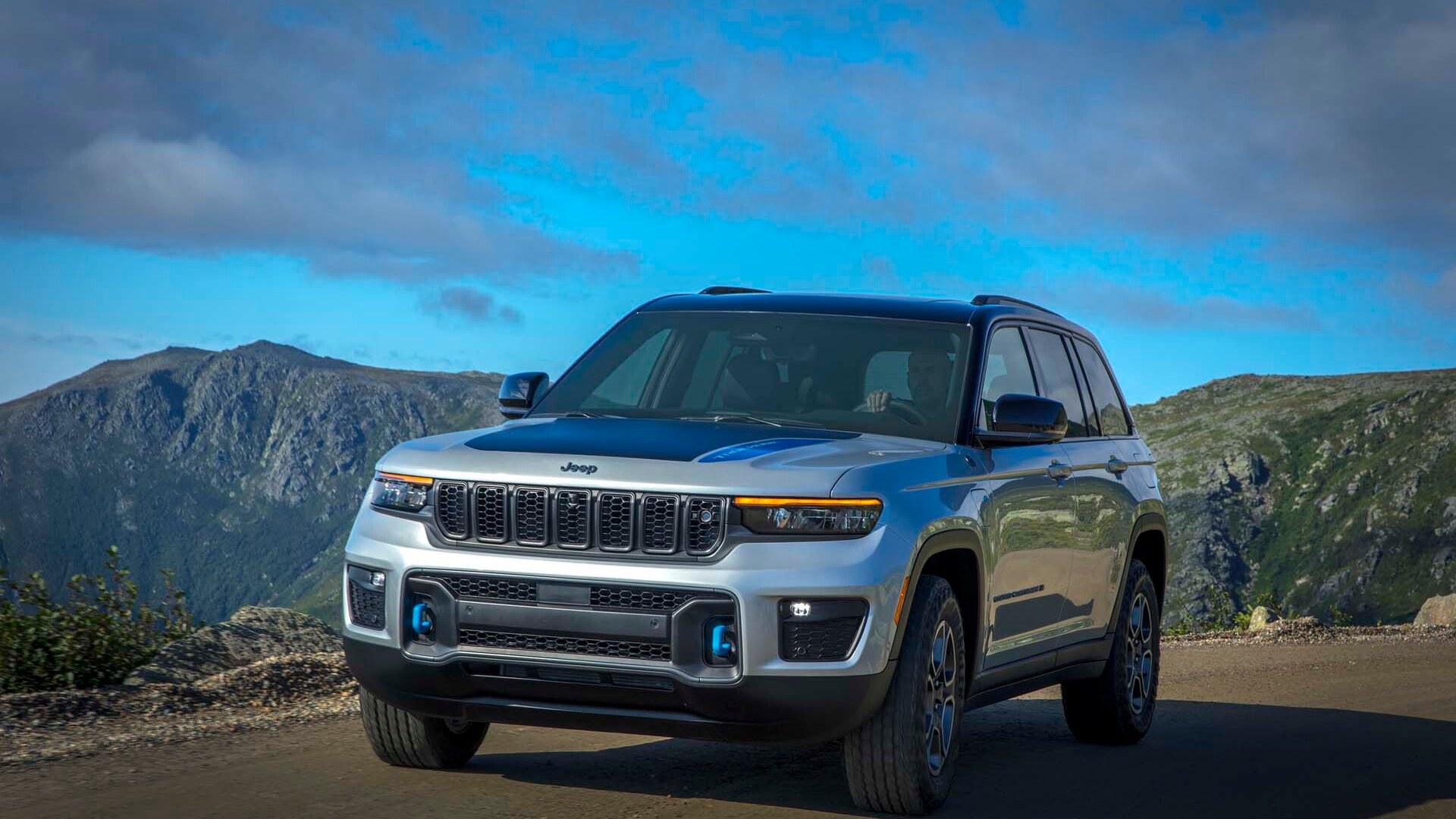 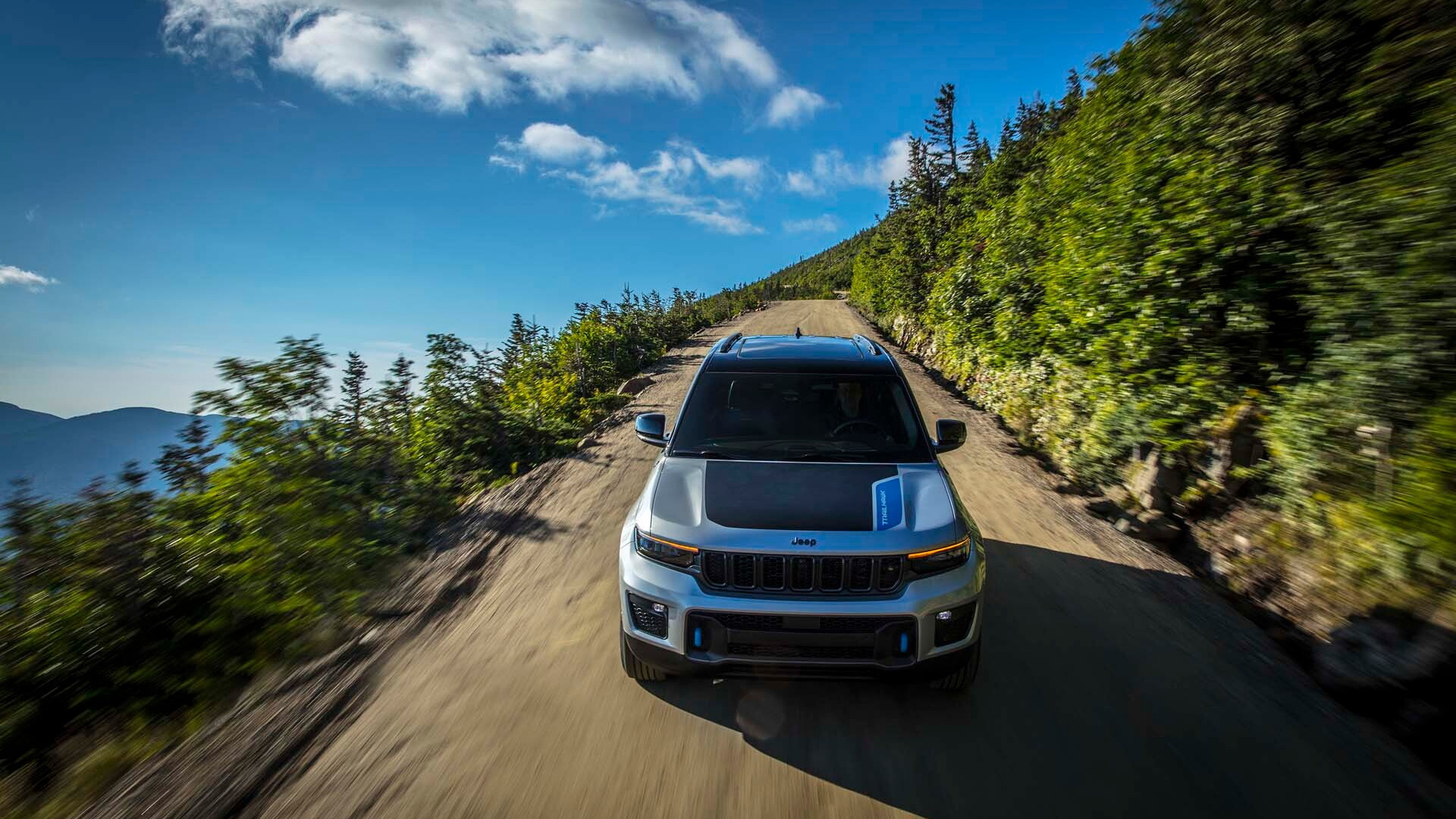 After teasing the 2022 Grand Cherokee 4xe in July, Jeep has released more details on its second plug-in hybrid SUV, including electric range and towing figures.

In a press release, Jeep said it's targeting 25 miles of electric range and a 57 MPGe efficiency rating, while maintaining the towing and off-road capability of the standard Grand Cherokee.

The plug-in hybrid version uses a 2.0-liter turbo-four engine and a pair of electric motors, one belt-driven unit that replaces the starter motor alternator, and another attached to the 8-speed automatic transmission.

Total system output is 375 horsepower and 470 pound-feet of torque, enabling a maximum towing capacity of 6,000 pounds, according to Jeep.

A 17-kwh battery pack is housed under the floor, and gets its own skid plates for off-roading. It also has a dedicated heating and cooling circuit that uses the air-conditioning refrigerant for cooling, per Jeep.

As with the Jeep Wrangle 4xe, which appears to use a similar plug-in hybrid system layout, the Grand Cherokee 4xe is off-road capable in a way plug-in hybrids typically aren't.

The powertrain is coupled to Jeep's Quadra Trac II four-wheel drive system, with a 2-speed transfer case, 2.72:1 low-range ratio, and 47.4:1 crawl ratio. The 4xe will also be available in the off-road-focused Grand Cherokee Trailhawk trim, which boasts 10.9 inches of ground clearance and 24 inches of water-fording capability, according to Jeep.

In the Wrangler 4xe, which is rated at 22 miles of electric range, Jeep's system allows the motor torque to help provide a very different kind of all-electric driving experienceoff-road. With other plug-in hybrids tapping into the engine for off-roading, only the all-electric Rivian R1T pickup can match that so far.

The Grand Cherokee 4xe is scheduled to arrive in North America in early 2022, and global markets after that, with pricing to be announced closer to that launch window. By adding a plug-in hybrid powertrain to one of the brand's most popular nameplates, the Grand Cherokee 4xe takes Jeep a step closer to its goal of having electrified versions of its entire lineup by 2025.