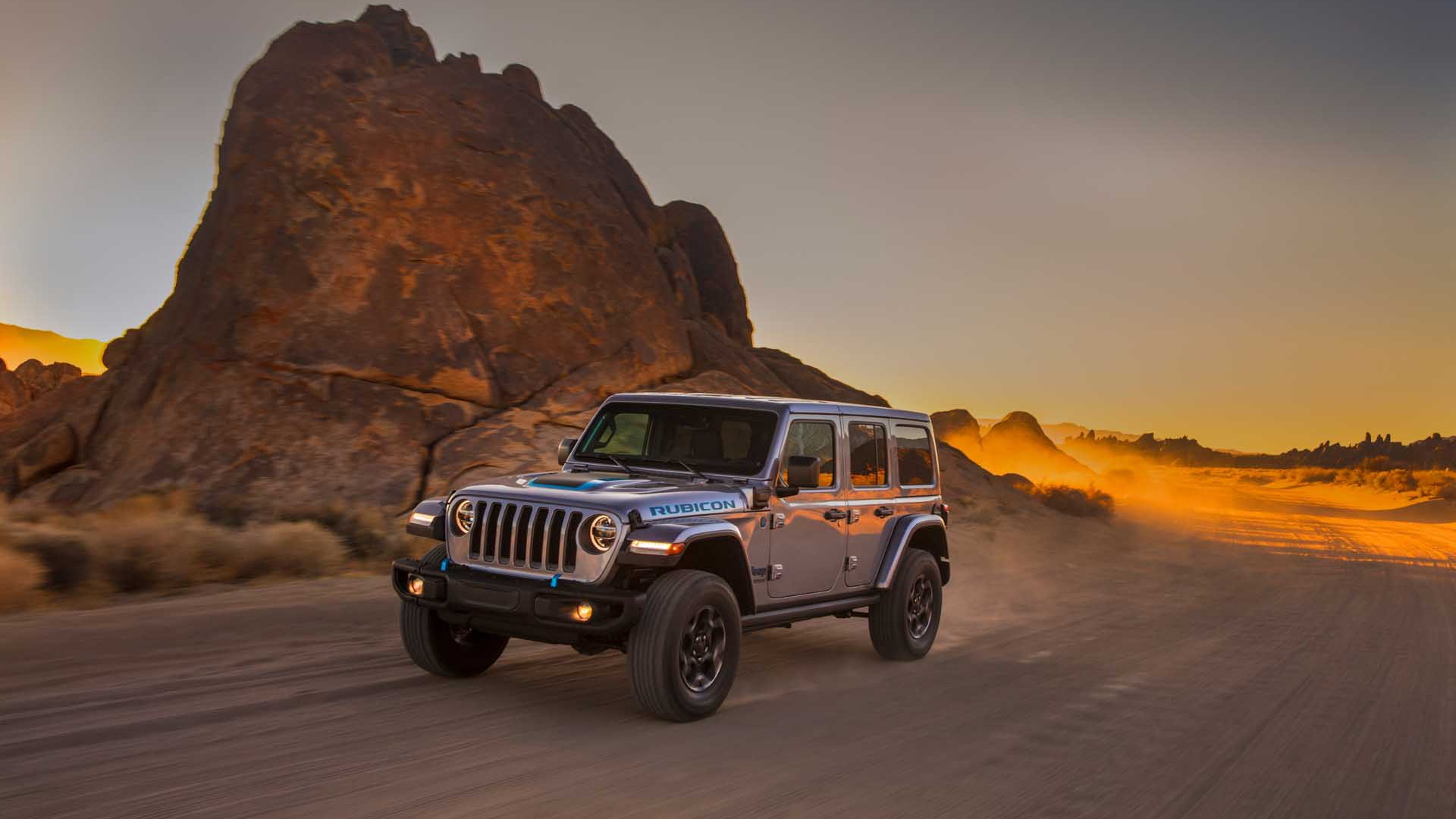 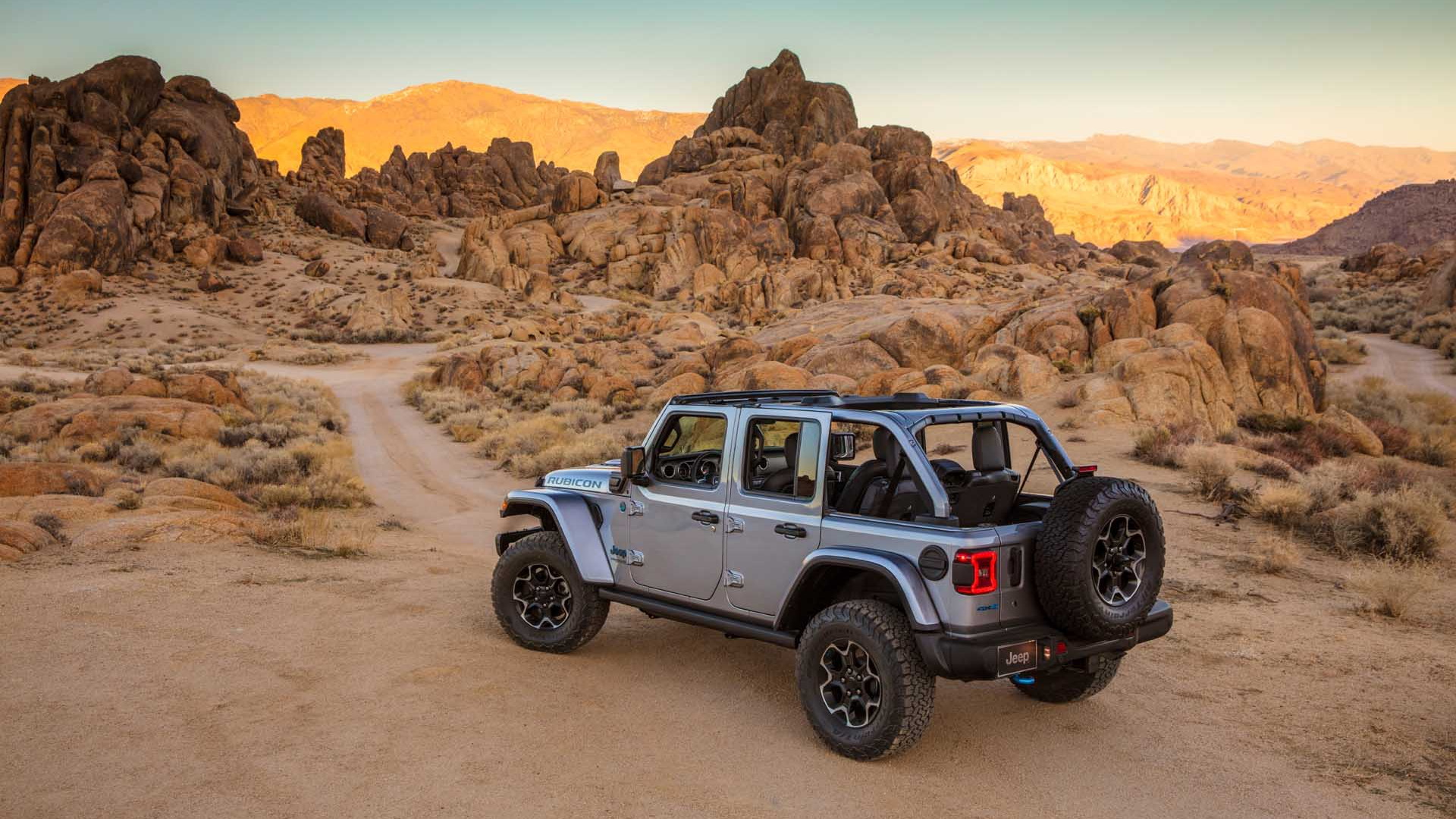 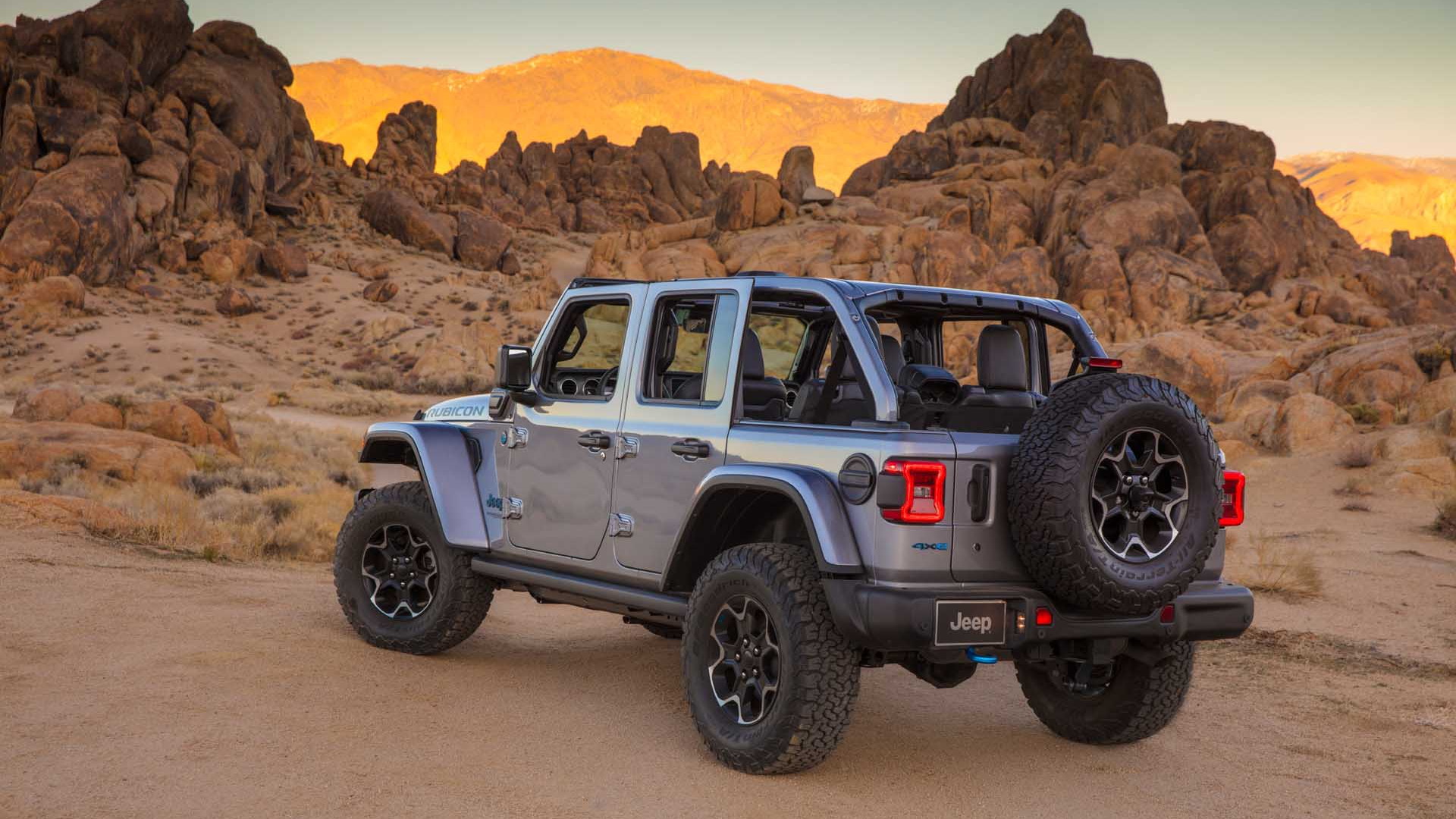 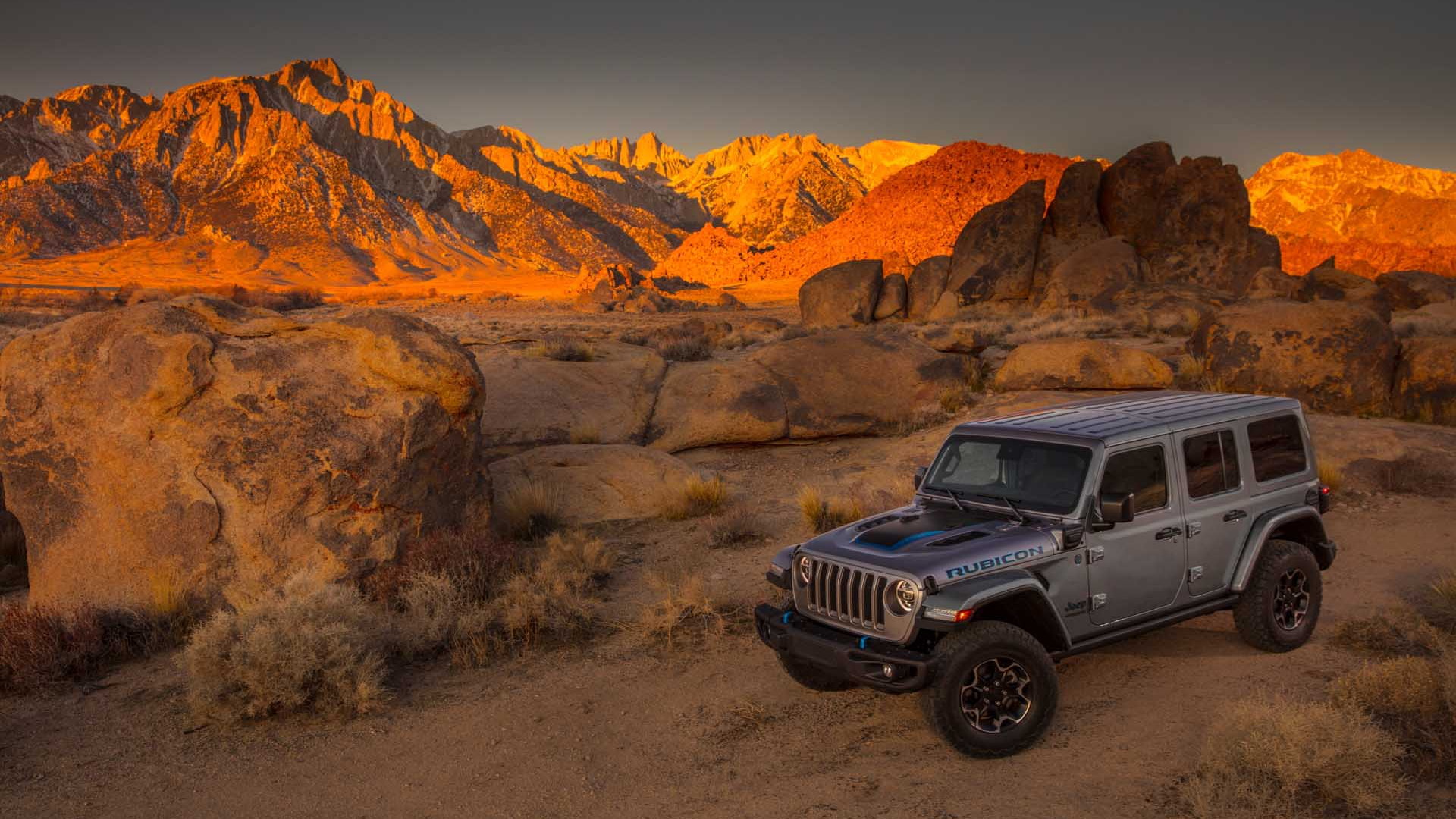 Yes, Jeep could have electrified its Wrangler in a simpler and more efficient way.

But for the iconic off-roader, that would have been beside the point. Perhaps even more than for the Renegade 4xe and Compass 4xe plug-in hybrids launched for the European market in June, the Wrangler needed to be true to what the brand stands for first—and provide the thrills of going off-road when it’s running entirely on plug-in power, too.

You might say the bar is a little higher for the Wrangler, simply because it’s long stood for freedom in the way that sports cars do for other brands.

“Driving all-electric—open-air, doors-off, top off—and going through the Moab or the Andes off road facilities, purely in silence, is a way to make it an even greater open air, no excuse experience; and that's what my mission is,” said Fiat Chrysler Automobiles’ head of global propulsion Micky Bly to Green Car Reports last month.

According to Jeep, the 2021 Wrangler 4xe is the first plug-in hybrid that has 2WD, 4WD, and 4WD Low modes, with lockers front and rear, that’s fully capable of taking advantage of all those modes with electric propulsion from its hybrid system.

Retaining capability partly answers why Jeep opted for what at first appears to be a needlessly complex layout for its hybrid system. It uses a “P2” hybrid system that installs a main traction motor (134 horsepower and 181 pound-feet) at the input shaft of the 8-speed automatic transmission, which allows it to keep traditional mechanical four-wheel-drive components. It also adds the belt-connected “P1” motor system (44 hp and 39 lb-ft) known as eTorque, which is considered a mild-hybrid system in popular products like the Ram 1500.

Bly, who just arrived at FCA 15 months ago and was formerly GM's director of hybrid vehicle development and batteries, said he arrived after some of the hardware fundamentals had been chosen. But after going off-road, Jeep style, he understood why the strategy made sense. In 4 Low, the setup brings some distinct rock-crawling advantages.

Mapping out the behavior of the motors to create the right response in on-road and off-road conditions was quite a coordination challenge. In delicate off-road situations, readily available torque helps, but control and precision are more important.

“Trying to control a gas engine, a P1 motor, a P2 motor, transfer case, a clutch in the transmission, all the inputs… It is a control person’s dream,” said Bly. “We do all our controls work in house, and we've got a dedicated, very brilliant team here.”

Developed around the world

To that end, engineers put about 1.5 million miles on development vehicles around the world so they could cover every possible surface and capability.

Bly described the 4WD system’s behavior to be “very similar” to that of gas Wrangler models with Selec-Trac, which is generally considered the most versatile of the Wrangler’s off-road systems.

“We’ve tried our best to make it feel alike. In fact, when we do these off road courses, we actually have the same evaluator...he's the reference point and actually scores these vehicles for us. And he's ensuring that this thing feels equal—no head bobbing, no swaying, no lean, very controlled, not herky-jerky, coming down-grade.”

The battery layout was one of the first things Jeep decided on in the plug-in Wrangler. The 17-kwh pack, stocked with 96 lithium-ion cells from Samsung SDI, sits underneath the rear seat and, according to Bly, completely out of the range of underbody contacts or rock-crawling concerns. To make sure the 4xe could withstand the same water-fording depths as the other Wranglers, it invested in top-grade sealing for high-voltage wires and cables throughout.

The Wrangler 4xe defaults to a Hybrid mode that we suspect is a lot like what you get with the Chrysler Pacifica Hybrid—prioritizing electric power first, and providing there’s charge, keeping the engine off unless the accelerator is nearly floored. In Electric mode, the focus is electric power only. And in eSave mode, it either saves the present charge or, if selected, actively tops it off.

Can you truly lock in fully electric when off-roading?

With this a common point of frustration in the mode selections of other plug-in hybrid SUVs, we asked Bly if E-Drive means what it sounds like.

In E-Drive mode, in almost every condition it will stay locked in electric,” he said. “Though we do a torque interpretation; if the driver is on a hill and has a trailer, wide open throttle, we will bounce out of it just because we believe the driver is asking us to.”

“Those are the five-percentile situations; all the rest are e-mode...and obviously you can’t lock it in fully drained,” Bly added, explaining that there’s also a really cold battery mode that may not allow it...but it’s in the extremes.

Electrifying all of Jeeps in the future is in the roadmap, Bly notes, and that more plug-in hybrid announcements are coming as soon as early next year. And to provide an extra assurance that this is going big, Jeep last month announced that it will be installing a series of solar-powered chargers for popular U.S. off-road locations in California and Utah.

A set of vehicles from Rivian, GMC-Hummer, Bollinger, and others promise to arrive fully electric and off-road-capable within the next year or so, albeit with trail chops yet to be established. The Wrangler 4xe will arrive within a few months, with “up to 25 miles” of electric range—enough to make the off-road excursions most Wrangler buyers live for all-electric.