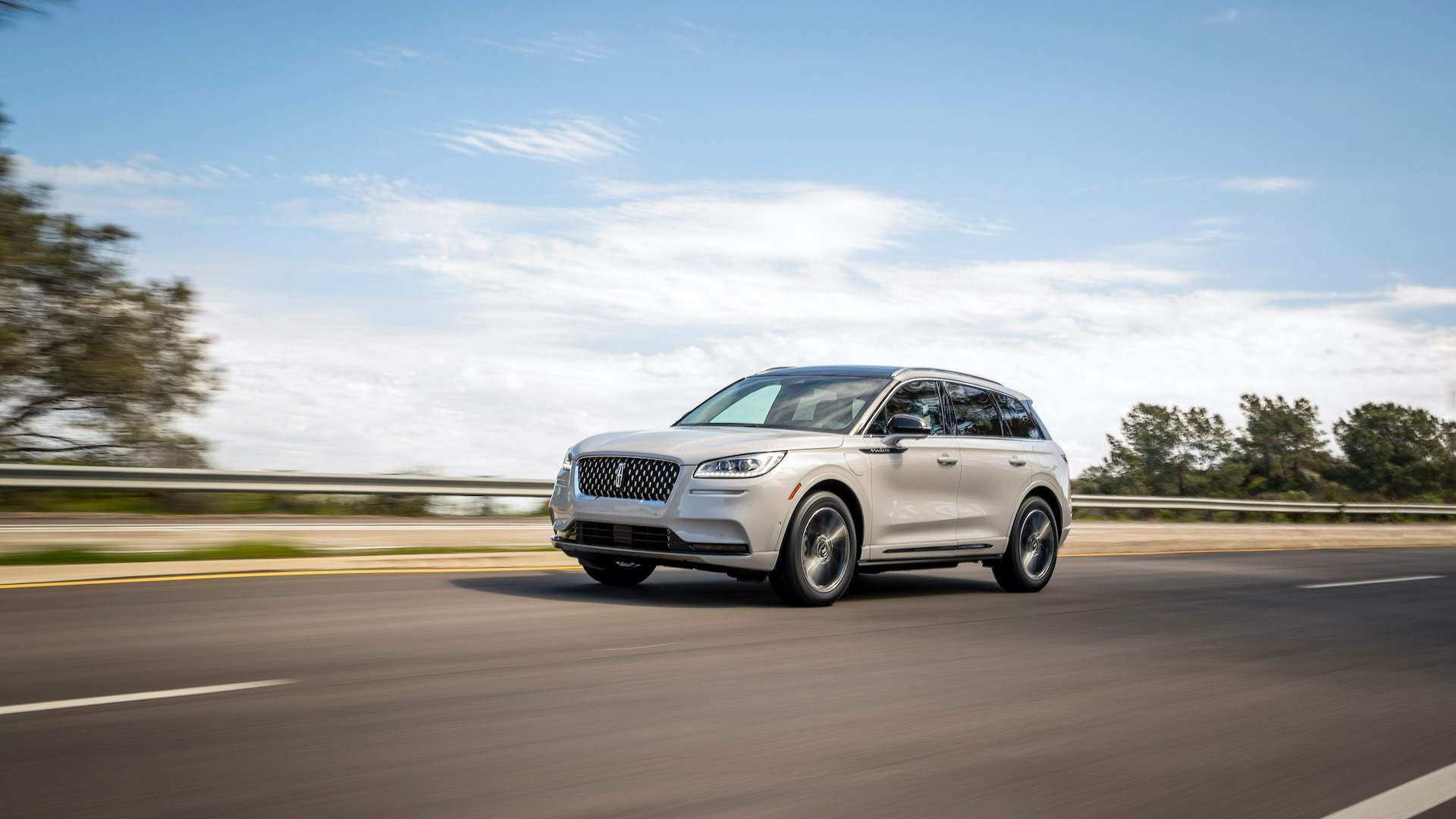 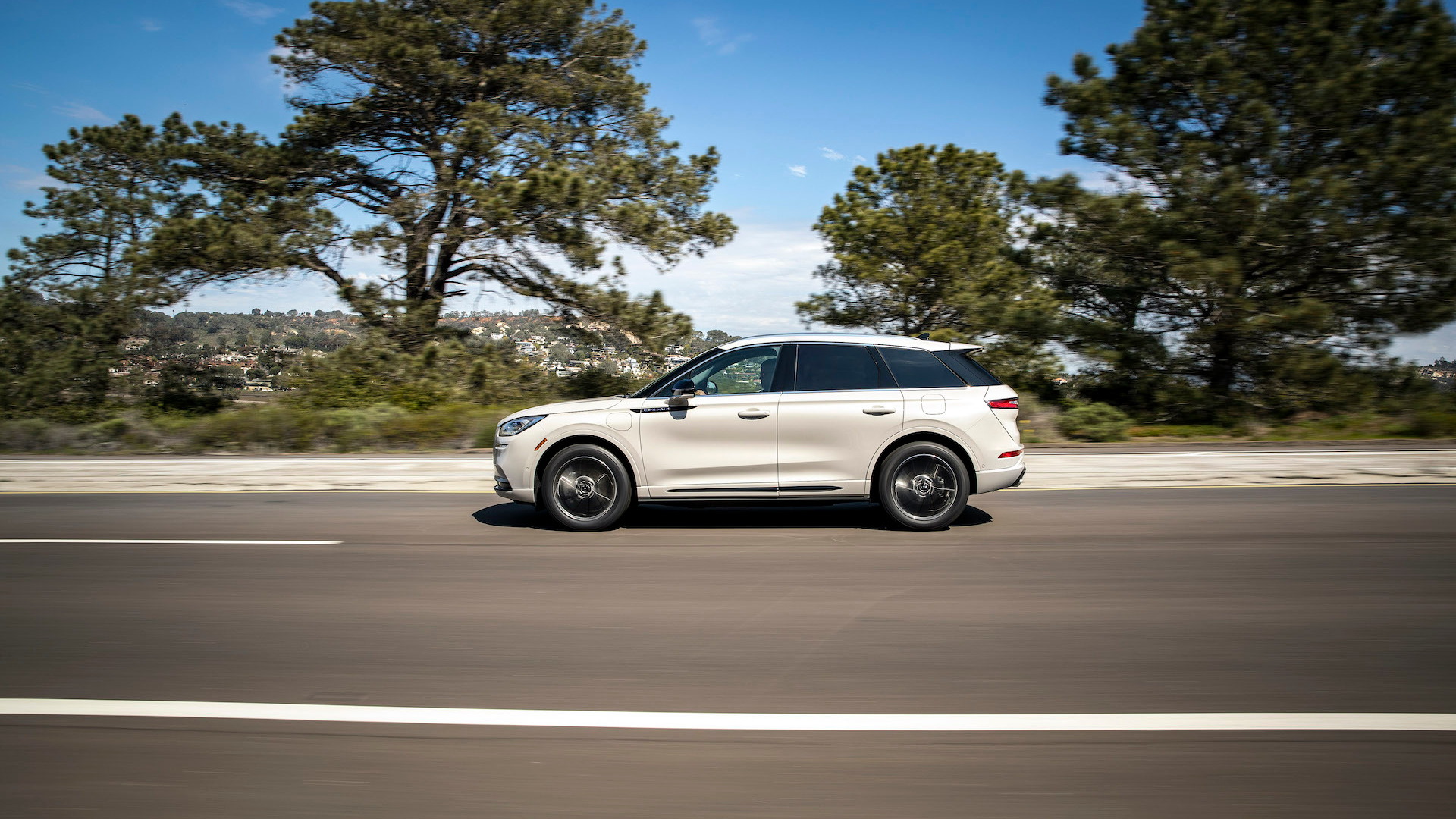 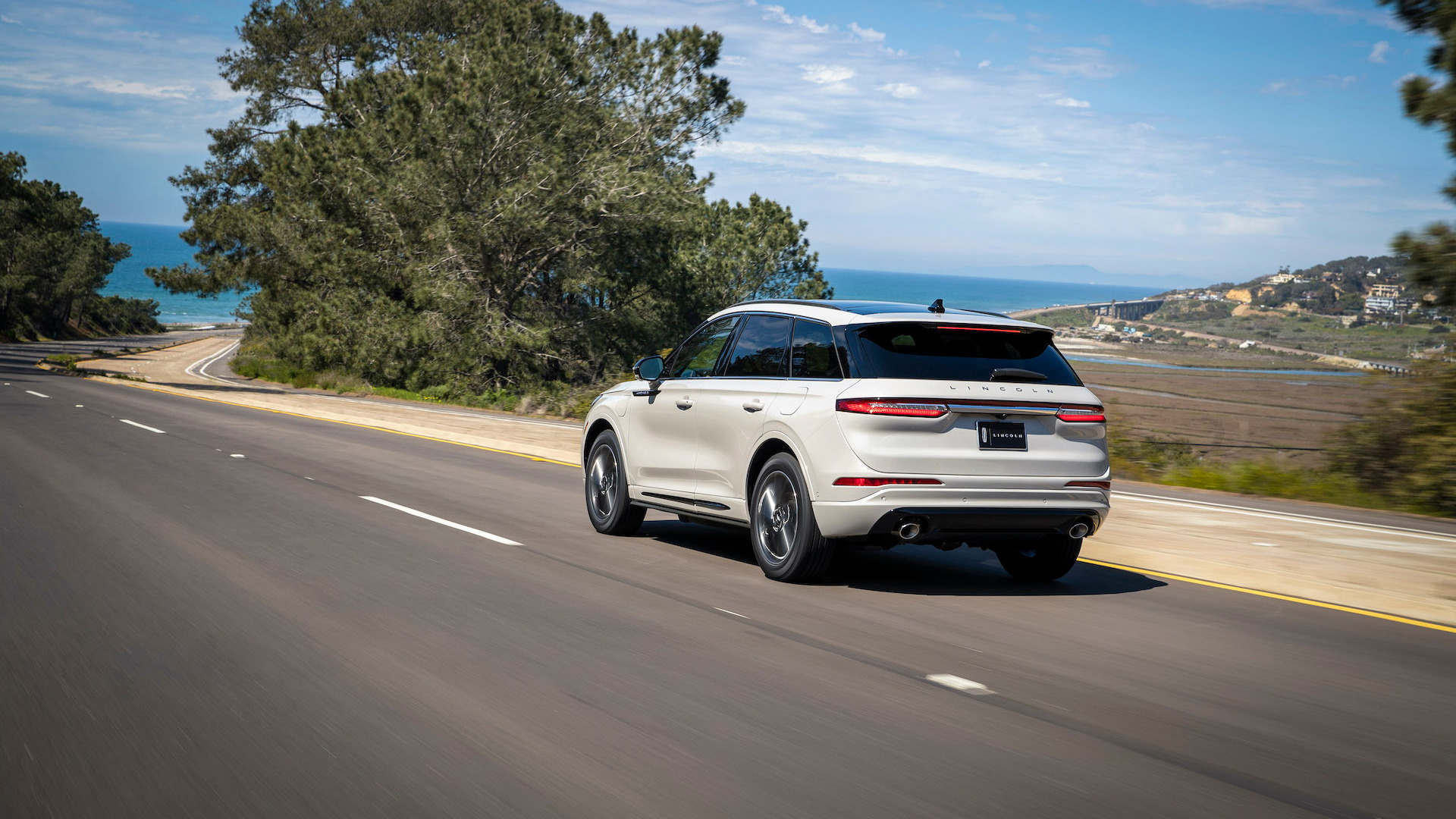 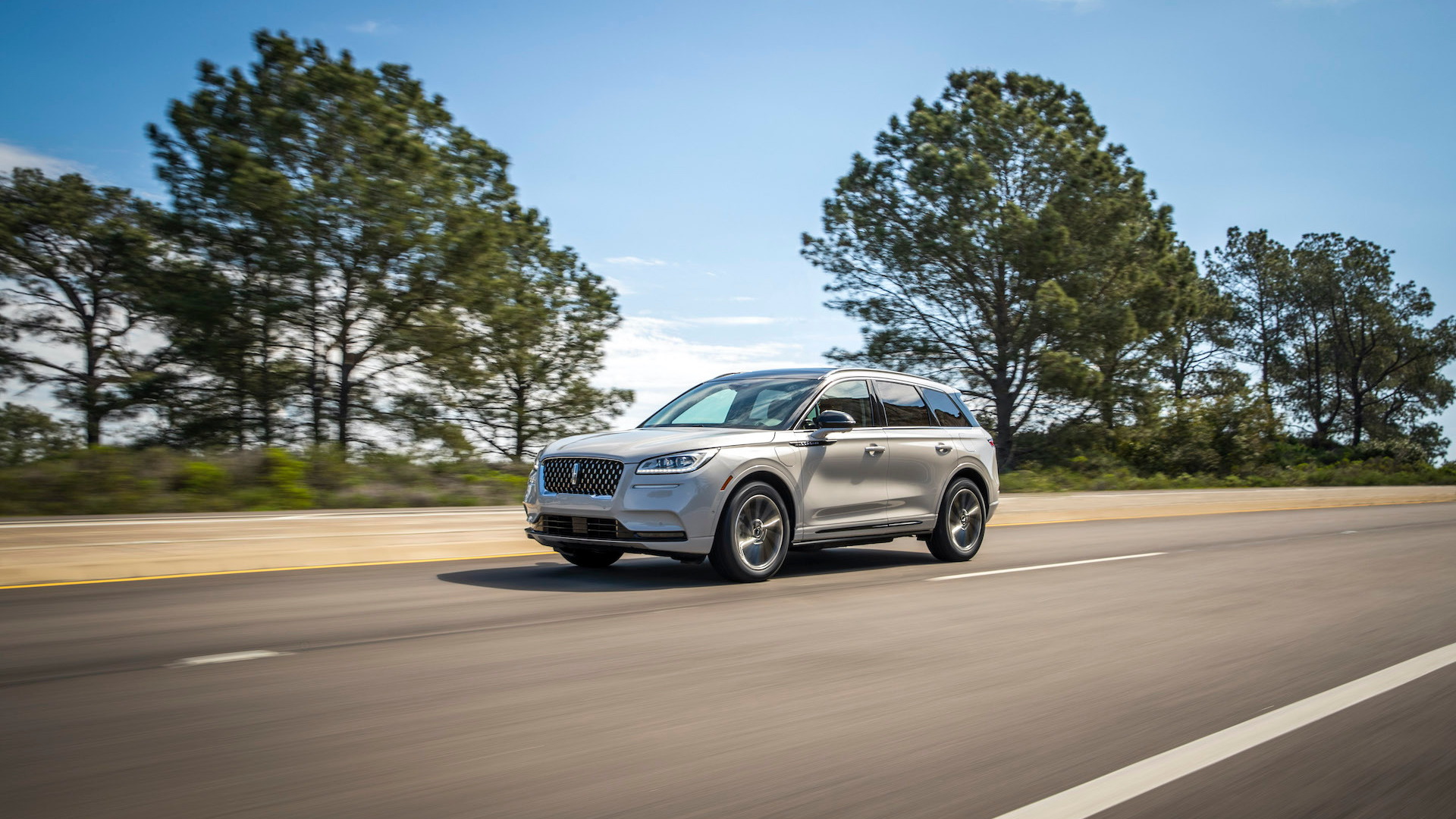 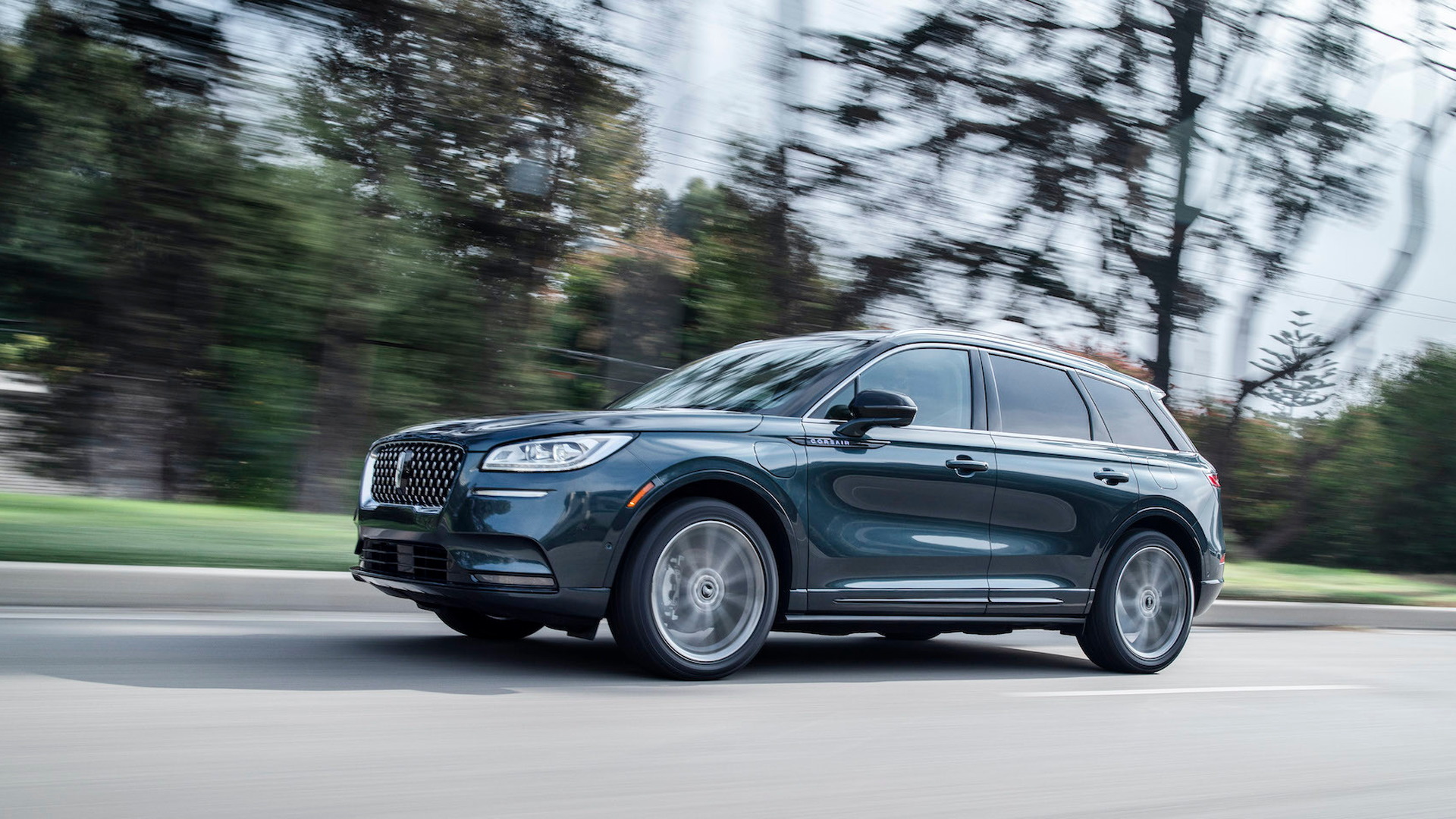 Nearly a year after its planned arrival, the plug-in-hybrid Lincoln Corsair Grand Touring has just been given official EPA ratings.

Lincoln’s second plug-in vehicle—after the release of the Aviator Grand Touring plug-in hybrid last year—will go an EPA-rated 28 electric miles on a charge, followed by 33 mpg as a hybrid.

The Corsair Grand Touring will be powered by a 2.5-liter inline-4, with Ford’s two-motor planetary-gear hybrid setup as an evolution of what’s been previously offered in the Ford C-Max Energi and Ford Fusion Energi.

There are two key upgrades here, however. One of them is a third motor, exclusively for the rear wheels; it delivers up to 110 lb-ft of torque and provides all-wheel drive, bringing the combined output of the hybrid system to 268 hp. The other key is a 14.4-kwh lithium-ion battery pack, potentially allowing enough distance for many Americans to do their commutes without firing up the gasoline engine.

Pricing for the 2021 Lincoln Corsair Grand Touring was released last July through dealership channels, starting at $51,225 including destination.

The Grand Touring is expected to qualify for a federal EV tax credit amount of $6,843. That, as we’ve pointed out, even before other applicable state incentives, will position the Corsair Grand Touring at a lower price than the Corsair Reserve AWD, the top-trim non-hybrid version.

The Corsair plug-in hybrid sure won’t be alone. Shoppers will likely compare it to the BMW X3 xDrive 30e, the Volvo XC60 T8 Momentum, and the Audi Q5 plug-in hybrid. All of those models also qualify for a federal EV tax credit of roughly the same amount, potentially lowering the effective starting prices for each of these models to the mid- to upper-$40s.

The Corsair PHEV offers a much stronger electric-only range than any of those alternatives, all of which are at less than 20 miles. Its gas mileage in hybrid mode is also far better, and it’s the only one of this peer set rated for regular-grade gas.

If you’re willing to step down from the luxury-brand pedestal, the Toyota RAV4 Prime will go 42 miles and gets 38 mpg, and the 2022 Hyundai Tucson Plug-In Hybrid was just last week rated at 32 miles on a charge and 30 mpg after that.

Although the moment for plug-in hybrids is right now—before many more EVs arrive—the Corsair PHEV has hardly been speeding out of the gate. At its November 2019 LA auto show reveal, Lincoln said it would be due for deliveries in summer 2020. As the launch approached, Lincoln moved the arrival date toward the end of 2020, and then last summer pushed it to 2021, as Ford reportedly examined a potential issue with vehicle fires in non-U.S.-market models.

Lincoln confirmed to Green Car Reports that the Corsair Grand Touring is due to go on sale later this spring. As of yet, it's not featured on Lincoln's consumer website, and it cannot yet be ordered.