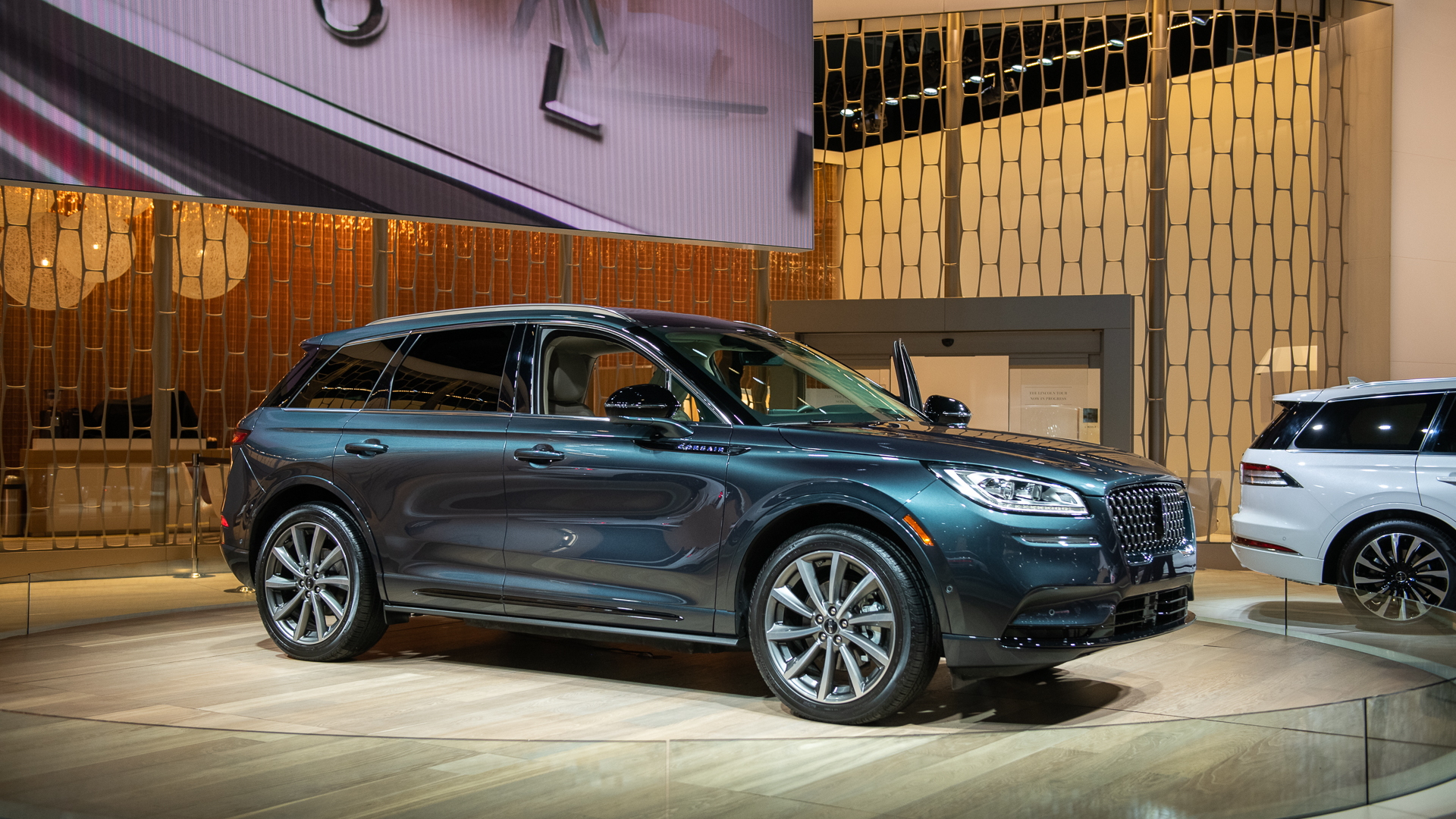 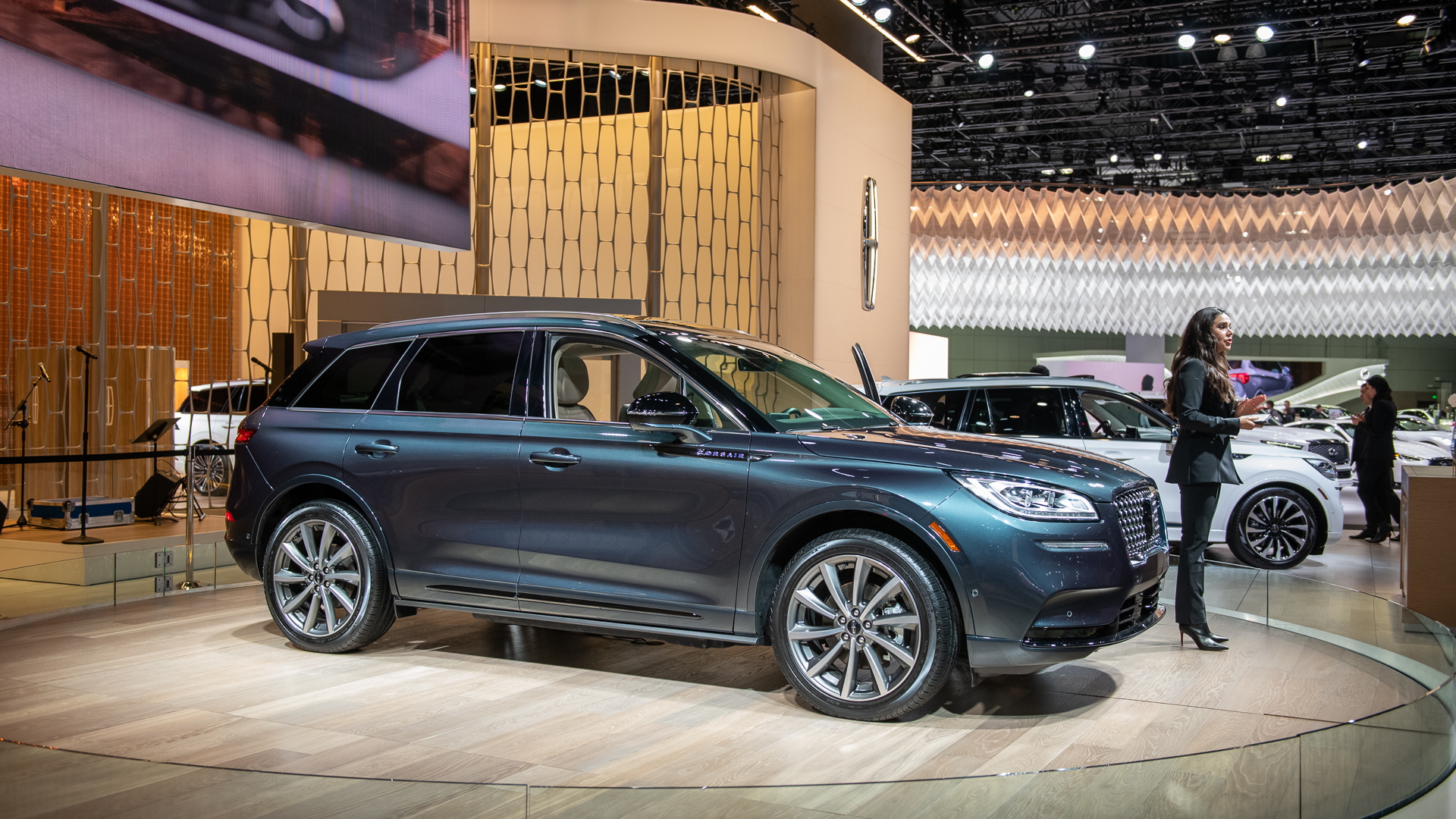 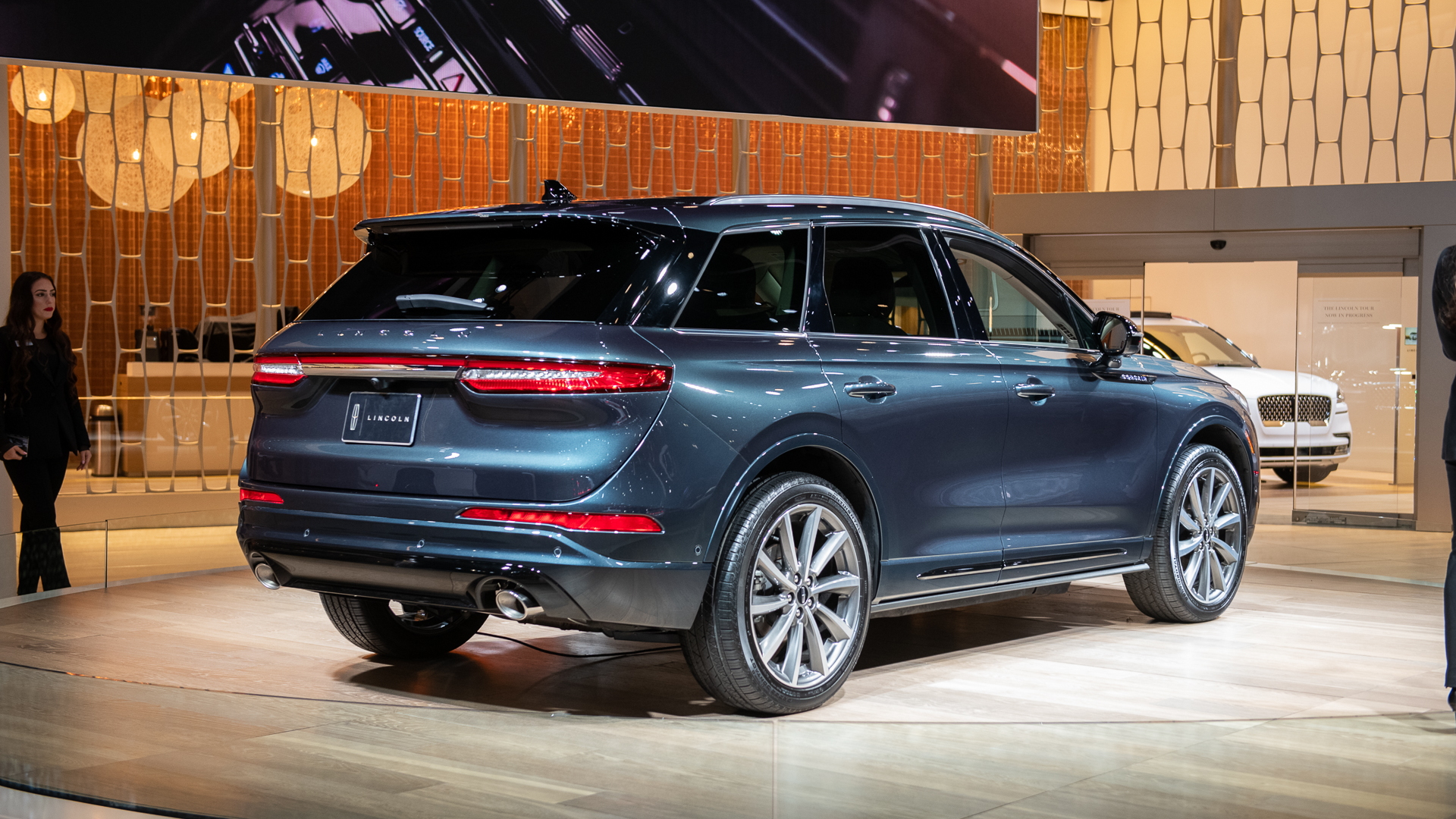 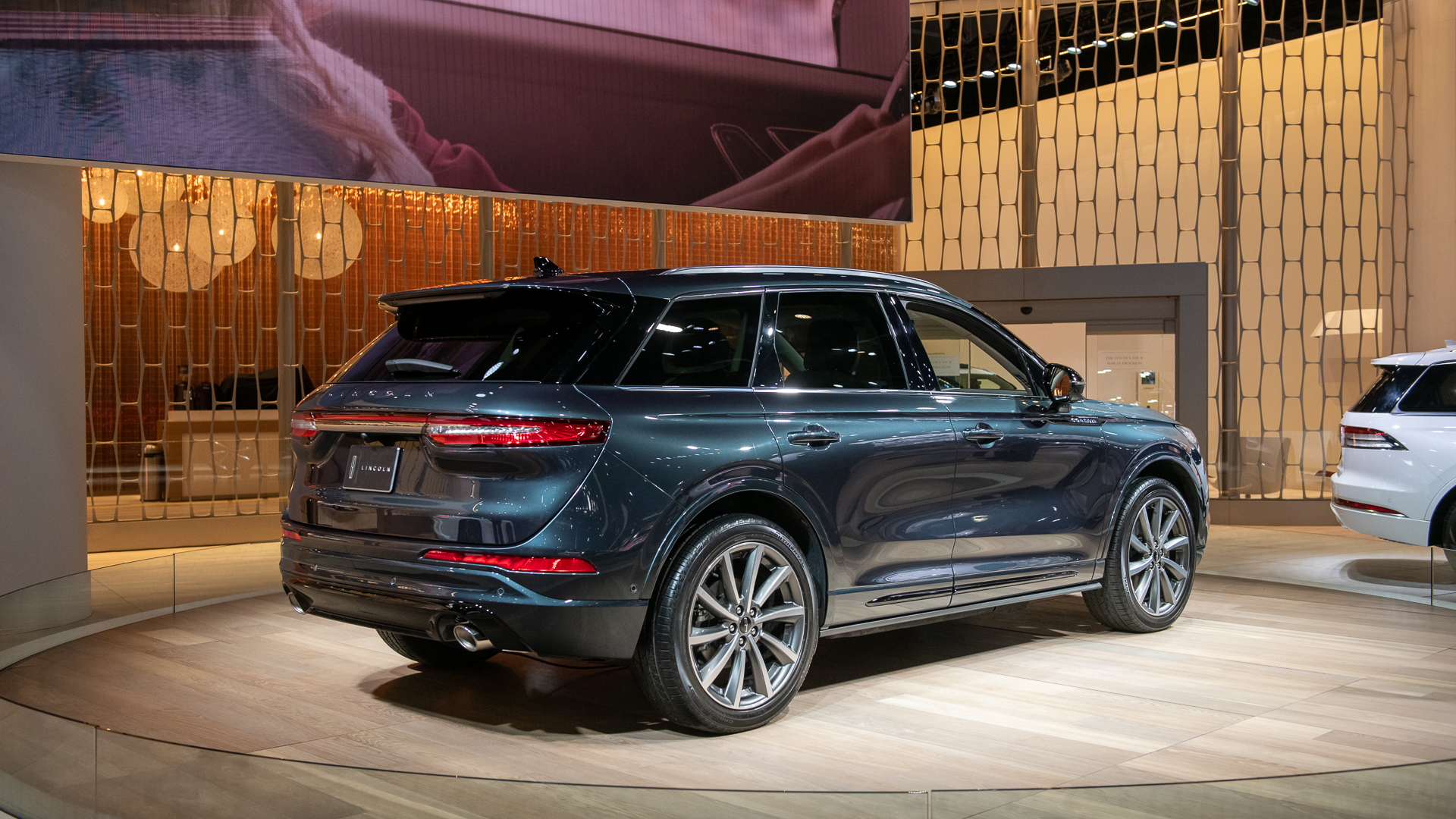 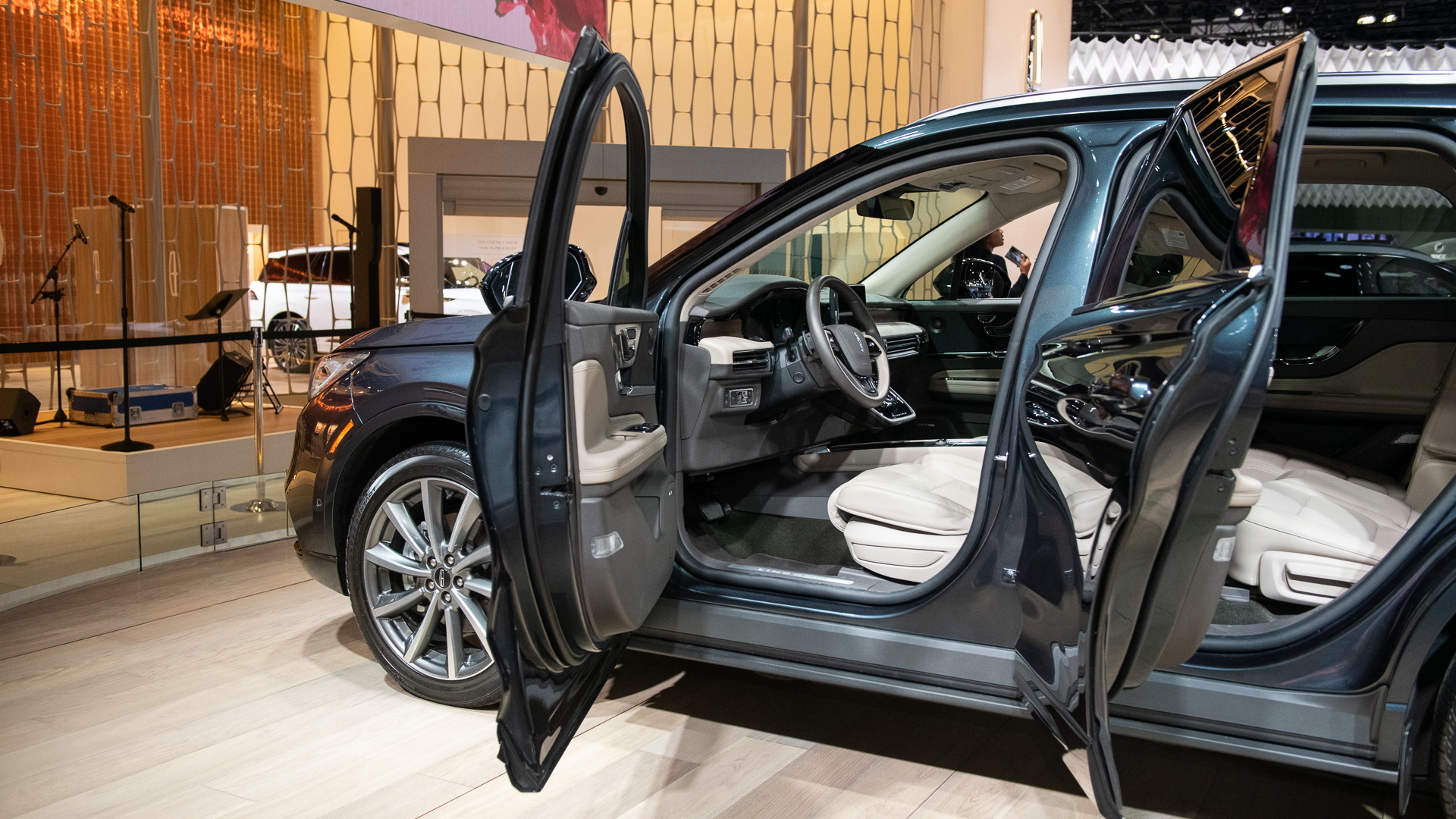 With the 2021 Corsair Grand Touring, Lincoln has its second plug-in hybrid crossover and the smallest vehicle in its lineup with a hybrid system. When it goes on sale next summer, the 2021 Lincoln Corsair Grand Touring will cost more than $50,000, before any applicable federal or state tax breaks, which is about $14,000 more than the base Corsair with front-wheel drive and a 2.0-liter turbo-4.

That follows a similar strategy with the plug-in Lincoln Aviator Grand Touring, which costs more than $20,000 more than the base Aviator crossover; the automaker is pushing electrification as a luxury feature first, efficiency second.

That's not to say that the Corsair Grand Touring won't be efficient. Lincoln says the plug-in hybrid will travel up to 25 miles on electricity alone thanks to a 14.4-kwh, 84-cell lithium-ion battery located under the floor. That's similar to the Ford Escape plug-in hybrid, which is mechanically related to the Lincoln Corsair, although the two are very different in how their powertrains behave.

Unlike the front-drive Ford Escape, the Corsair Grand Touring is all-wheel drive only, with one electric motor powering the rear wheels only and a second motor to assist the internal combustion engine for better efficiency. The engine never clutches into drive the rear wheels at all, and the rear electric motor uses a single-speed which is unique to the Corsair Grand Touring for now.

In front, the Corsair Grand Touring uses an Atkinson-cycle, 2.5-liter inline-4 and two electric motors, as part of a planetary torque-split hybrid layout not unlike what's used in the . It's joined by a rear motor delivering 110 pound-feet to the rear wheels (with no driveshaft allowing the gas engine to ever be connected to the rear wheels). The whole system makes 266 horsepower combined, up from the Escape PHEV's combined output of 209 hp. Lincoln hasn't yet said what numbers it expects from the Corsair Grand Touring when its tested on the EPA cycles, so we'll wait longer.

What's clear already is that the Corsair Grand Touring, like the Aviator Grand Touring, is a spin on electrification toward luxury—not necessarily just efficiency. The Corsair Grand Touring may be the most expensive Corsair available when it goes on sale (current models top out north $60,000) and the Grand Touring includes 20-inch wheels, leather upholstery, active safety features including automatic emergency braking and driver-assistance tech, and Lincoln's phone-as-a-key app that also includes remote start and locking.

Aside from the hardware differences that aren't readily noticeable, the Corsair Grand Touring gets two additions in drive-mode software. A Pure EV mode keeps the Corsair PHEV running on electrons unless its battery is depleted, or acceleration or speed require more than the electric motors can handle. (Lincoln didn't say how fast the Corsair Grand Touring could travel on electricity alone.) A Preserve EV drive mode recharges the battery using the ICE (Eds note: Which is always less efficient PHEV than driving it like a conventional hybrid instead) and complements the standard normal, sport, snow, eco, and all-weather modes. (Lincoln calls those modes Normal, Excite, Deep Conditions, Conserve, and Slippery.)

The 2021 Lincoln Corsair Grand Touring is built in Kentucky and goes on sale in summer 2020.