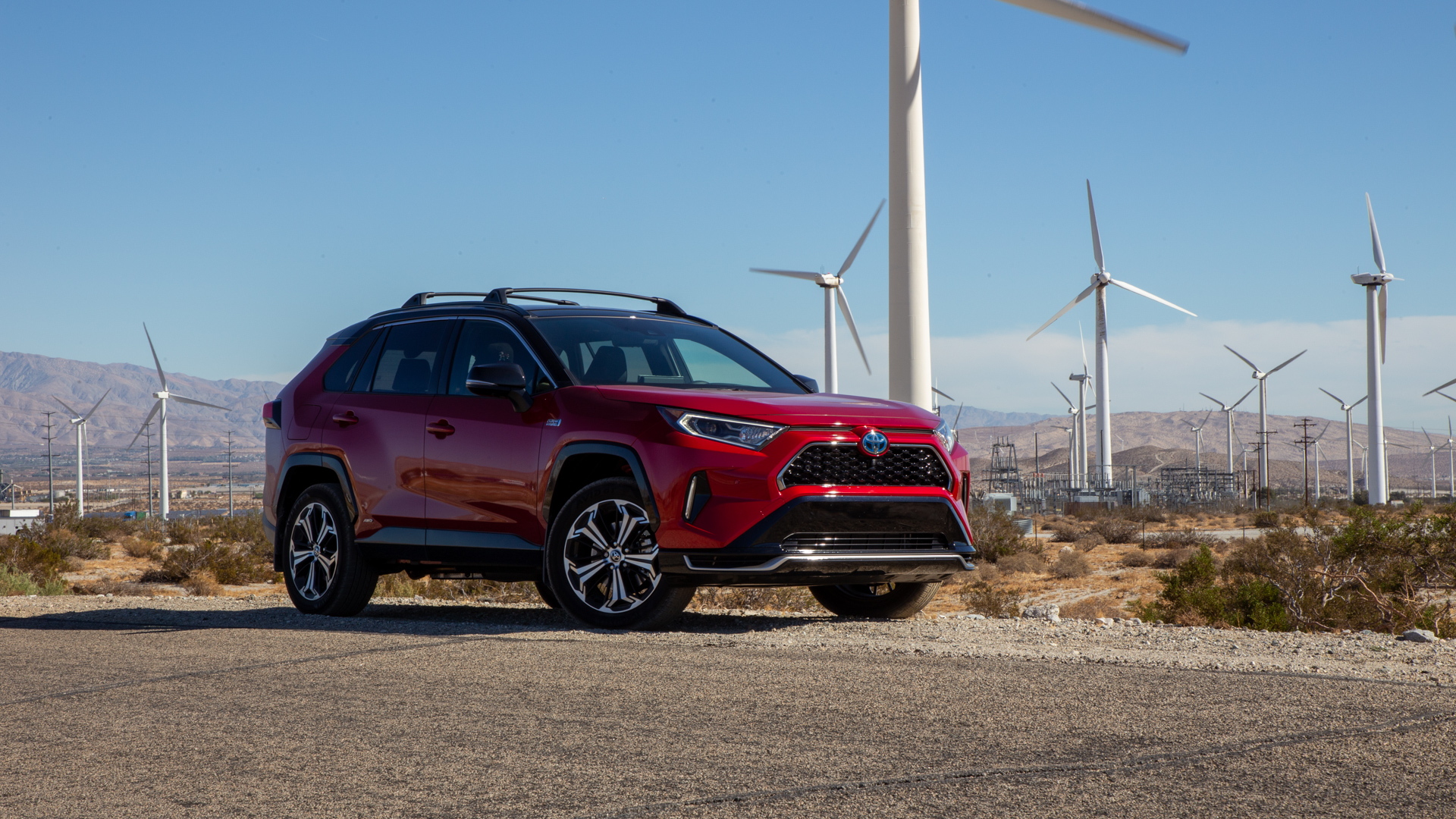 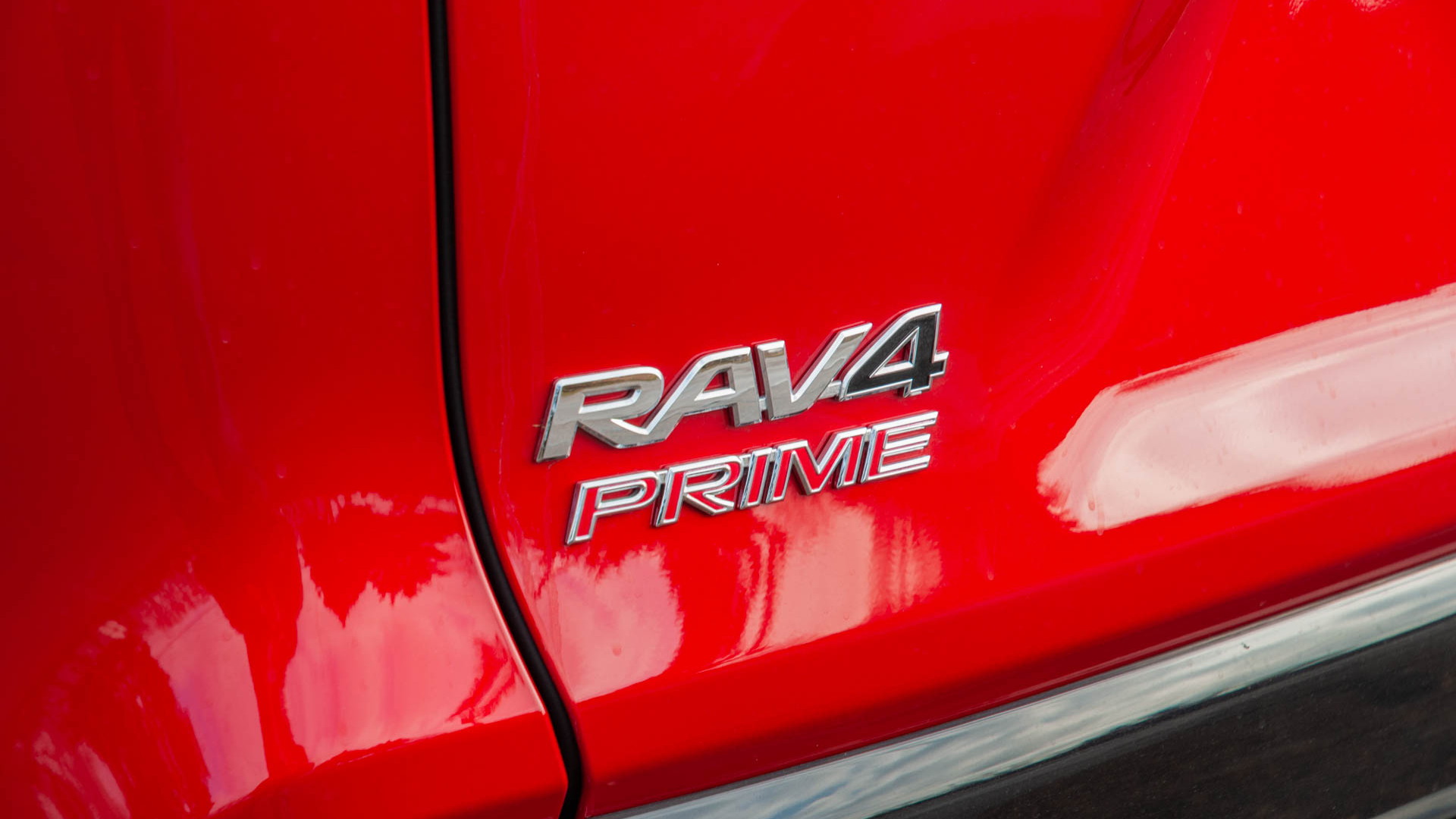 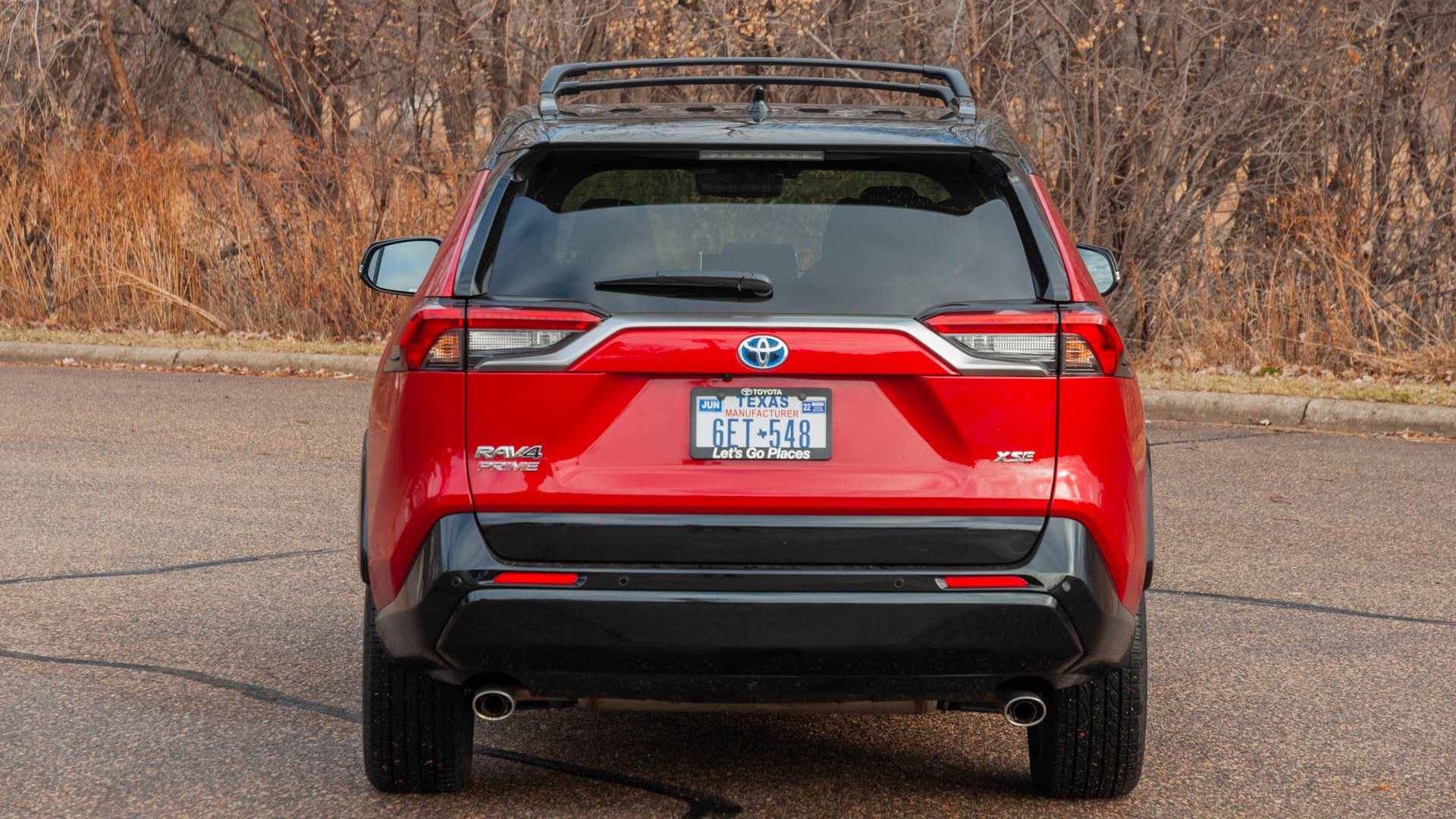 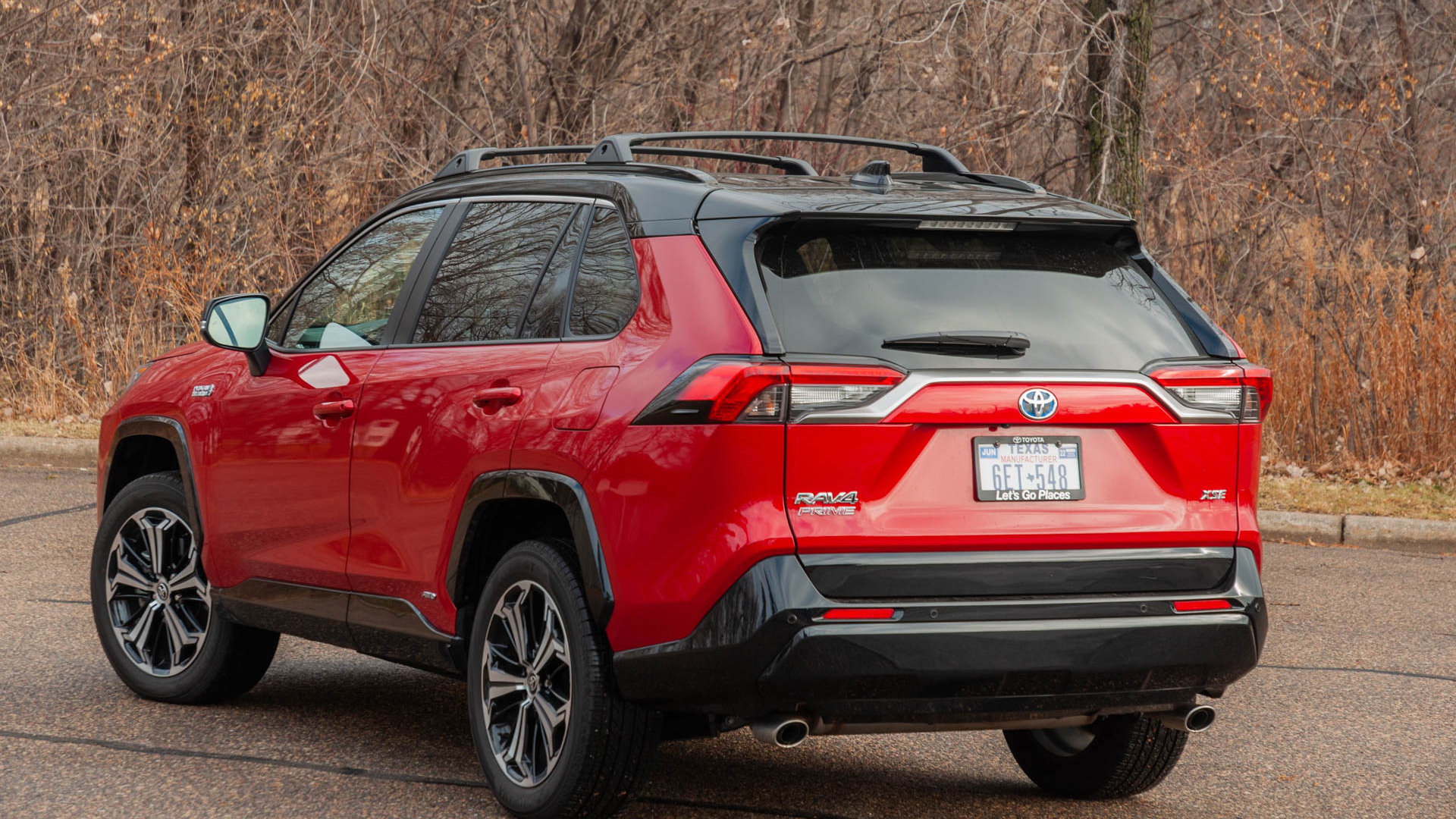 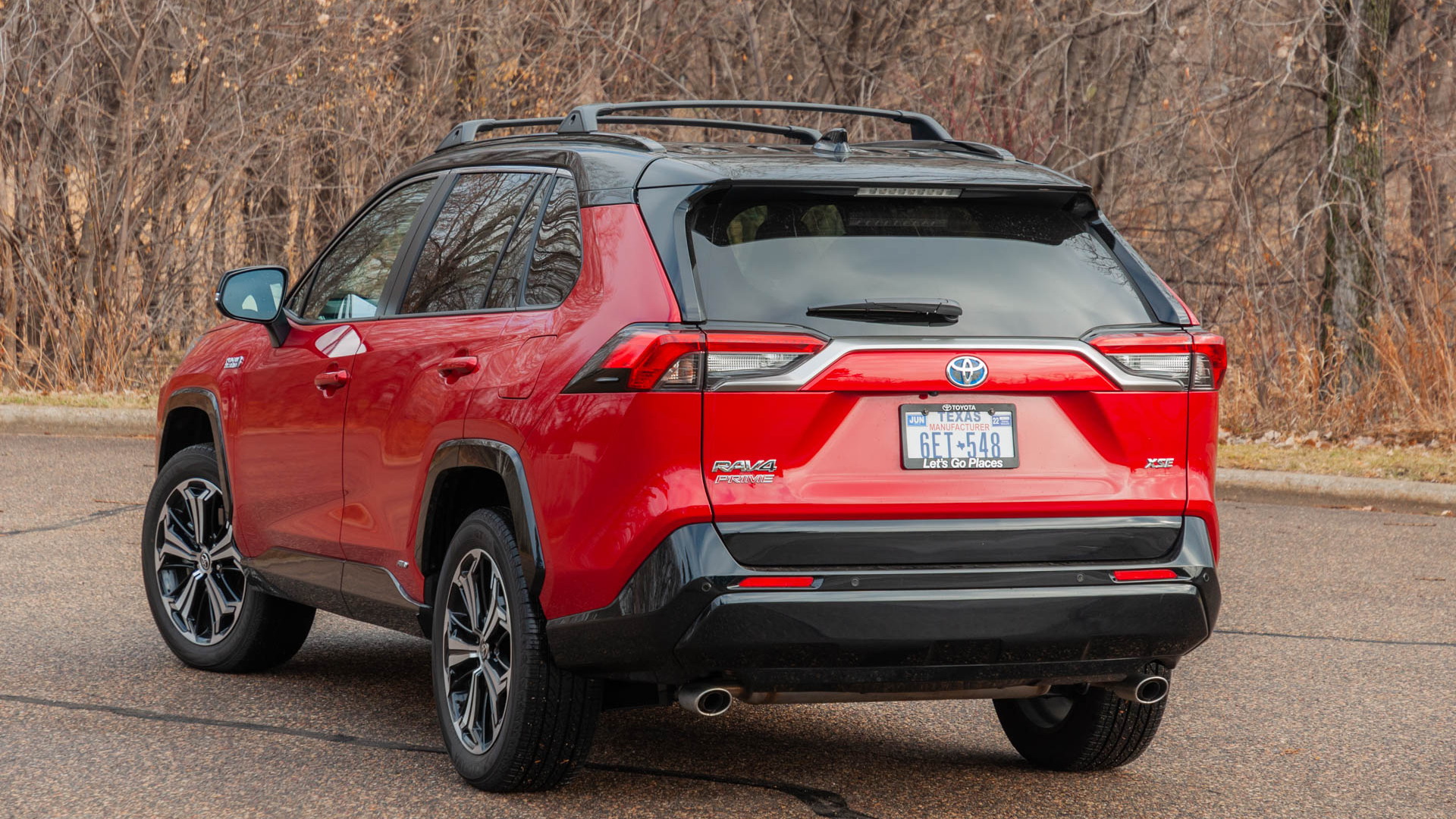 What’s the most efficient way to drive the 2021 Toyota RAV4 Prime and use its charge mode, when you’re traveling a long distance and going near posted speed limits?

Charge mode allows drivers to strategically charge the battery with the engine rather than the charge port. The RAV4 Prime’s owners manual doesn't actually instruct owners why they'd want to use charge mode or how it can benefit efficiency, leaving owners to figure that out.

It says that using this charge mode only delivers “approximately 80% of the fully charged capacity for the charging from an external power source," even though the indicator in the dash does indicate a fully charged battery—and obviously, the energy doesn't come free, as you're using more fuel most of the time you run in that mode.

Even though GM did a reasonably good job instructing owners how to use the Hold and Mountain modes on the Chevy Volt, most consumers still didn't understand the Volt. Will they understand the Prime?

I got to spend 10 days with a RAV4 Prime and within that time, had a pair of long road trips planned from my home in Los Angeles: to Las Vegas, and to Palm Springs, California. That provided me with two opportunities to conduct highway fuel economy tests in the RAV4 Prime and the chance to address those nagging questions.

One of our Best Car to Buy 2021 finalists, the Prime only further extends the argument that Toyota should probably only make electrically augmented models, because they continue to be better to drive and cheaper to own than their gas counterparts—and in the case of Toyota’s two Prime models, better to drive than their sans-plug hybrid counterparts. The gasoline RAV4 is solidly average to me, but the Prime? It’s primo.

As a quick refresher, the RAV4 Prime’s EPA estimates are 40 mpg city, 36 highway, 38 combined, with 42 miles of electric range out of its 18.1-kwh battery pack. The RAV4 Prime would have no trouble hitting that highway mpg estimate, but the electric range did seem to take a precipitous dip at highway speeds.

To charge or not to charge

On a longer trip, would it be more efficient to drive one of these vehicles as a hybrid most of the way, or to use the gas engine as a generator to fully refill the battery and then use electric power in selected spurts?

The trip to Las Vegas provided an opportunity to put that theory to an admittedly flawed test that could give us some hints. I filled up the RAV4 Prime’s gas tank to full before starting the journey in either direction, then drove in charge mode on the highway until the battery was full. Once it was topped off, I reset the trip computer’s various mpg and EV usage figures to begin the test—and I simply repeated this pattern as long as needed.

The first leg resulted in an average of 43.8 mpg over 271.0 miles, with the first 27.1 miles done purely on electric power. That calculates to a total of 5.59 gallons of gasoline consumed during the first leg.

For the second leg, the RAV4 Prime returned an average of 38.3 mpg over 193.3 miles, with electric power covering 42.5 of those miles. That calculates out to 3.94 gallons of gasoline consumed over the return leg of the trip.

You’ll notice a difference in the distances between the two legs, that’s because getting out of Los Angeles in the evening is a challenge and there is a quicker route that’s not the shorter route. Las Vegas sits at about 2,000 feet elevation, with Los Angeles at 305 feet, so there was a bit more downhill on the drive back which has a small influence on results.

What can we say based on this imperfect and mostly anecdotal test? With careful calculation of your route ahead of time—knowing where speed and terrain intersect with state of charge—you might be able to squeeze even more mileage out of each gallon—dependent on terrain, speed, driving style and much more. If the trip were longer, I’d have probably completed the trip on electric power. That would bump up the EV driving ratio and give that trip the edge.

We should also note that on the highway, the RAV4 Prime didn’t come close to getting to its full 42 miles of EPA estimated battery range. Accounting for an 80% charge from the onboard charger, the RAV4 Prime should have gotten 33.6 miles of electric range and it was short of that on both legs.

Some automakers have told us that they don’t offer charge mode because in the vast majority of driving situations it will make your efficiency (and emissions) worse.

But with this experience we’re convinced that strategic use of the mode could improve your RAV4 Prime mileage.

This test was much more straightforward, I drove from Los Angeles to Palm Springs, Calif. and back to see the difference between driving the RAV4 Prime in similar conditions under Eco and Sport modes. Both tests started with a full drained battery, so this provides a simple difference in driving on the highway between the two modes.

The end result was an average of 39.5 mpg over 152.6 miles in Eco mode and 35.9 mpg over 162.5 miles in Sport mode (I took a slight detour to grab some lunch on the way back). That’s a 10% difference in fuel efficiency between the two modes and the Eco mode is fine for driving both on the road and on the highway. It doesn’t feel overly sluggish, and if you’re more aggressive with the throttle the system is smart enough to provide enough acceleration for passing or jumping out into traffic. Sport mode, which firms up the steering and heightens the hybrid system’s responses to accelerator inputs, seems to be best left for quick jaunts on winding roads, rather than for everyday use.

Hypermilers will likely debate about the strategic charging of a rather large plug-in hybrid battery to no end—as have the most dedicated fans of other models that allow on-the-fly recharging of the battery, like the Mitsubishi Outlander Plug-In Hybrid and the Hyundai Ioniq Plug-In Hybrid. But after putting nearly 1,000 miles on the RAV4 Prime in my time with it, versatility is its virtue. I came away more enamored with its powertrain and the potential it has to be a real one vehicle solution for many folks.

The RAV4 Prime was constrained last year by a battery production shortage and the insistence of dealers to drive the price up way past the sticker. Hopefully both of those problems are now remedied as Toyota confirmed to Green Car Reports at the end of last year that it plans to deliver 20,000 Primes each year going forward and that it will be available nationally. That will help to keep the prices reasonable for this absolute peach of a vehicle.

And we hope to see more Prime versions of other Toyotas in the future because as the name would suggest, they seem to be worthy of top billing.