Each year we start with a shortlist, and the qualifications for that have evolved as electric vehicles have become not only feasible for the mass market, but cleaner.

For the third year in a row, we’re applying a filter that leaves us with a relatively small list of contenders—and potentially a mix of electric vehicles and plug-in hybrids.

Simply put, we required that vehicles be able to operate in a zero-tailpipe-emissions mode for a significant portion of daily driving. In today’s energy reality, that requires plugging in, but looking ahead to next year and a bumper crop of fully electric vehicles on the way from many brands—and in new segments, like pickups and off-road SUVs—the bar to get on our shortlist is going to be raised again.

The greenest new vehicles today are electric. Using electricity from the grid, the average EV operating in the U.S. has an equivalent of 88 miles per gallon by greenhouse-gas emissions, according to a 2020 update from the Union of Concerned Scientists (using data through 2018). The additional carbon footprint of manufacturing an EV is relatively small compared to the lifetime emissions savings of the vehicle; because the electricity grid keeps getting cleaner, so will the EV as you own it.

To emphasize vehicles that can go tailpipe-emissions-free for “a significant portion of daily driving,” we had to set some boundaries. Based on data from the federal government and that from past AAA American Driving Surveys, average U.S. commutes have occupied 54 to 62 minutes per day and covered 29 to 32 miles round trip. So we included only plug-in hybrids that offer at least 32 miles of all-electric driving—allowing those Americans who have to crisscross major metro areas the ability to do it fully electric and save the gasoline for the weekend. 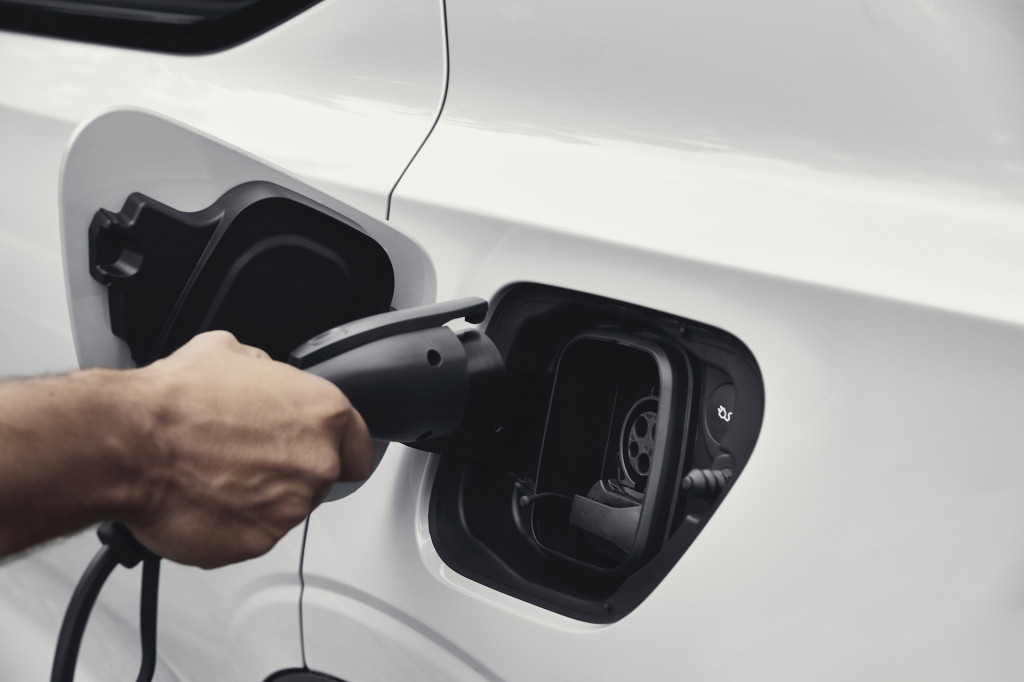 Once again, we limited the list to those fully electric vehicles that can go at least 125 miles of EPA-rated range. While we’re not convinced that every EV needs 400 miles of range—or even 250 miles—125 miles would mean 100 miles at 80% between highway fast-charges, which is about the minimum we could see coping with on weekend road trips.

To qualify for Green Car Reports' Best Car To Buy, vehicles need to be new or substantially updated versus the previous model year. They also need to be made available to some of us for testing, at the very least, by November 2020, and be on sale in at least some limited way by around the time we announce the winner, on January 4, 2021.

The vehicles also need to be widely available—if not in stock throughout the continental U.S., easily available through order. This is nuanced and something we consider on a case-by-case basis.

There were some vehicles that got so close in timing to be in the running this year. On timing, the Volkswagen ID.4 was almost there, but we'll have to save it for next year.

The Best Car To Buy is chosen by a collective vote of Internet Brands Automotive editors, who also help oversee The Car Connection and Motor Authority. Considering COVID-19 protocols, we didn’t home in on the usual back-to-back drives and heated discussion—and, increasingly, the griping over why we hadn’t chosen a place with more fast-chargers—and had to rely on each of us simply doing the best we could, given each of our geographic and personal constraints, to get in these vehicles. 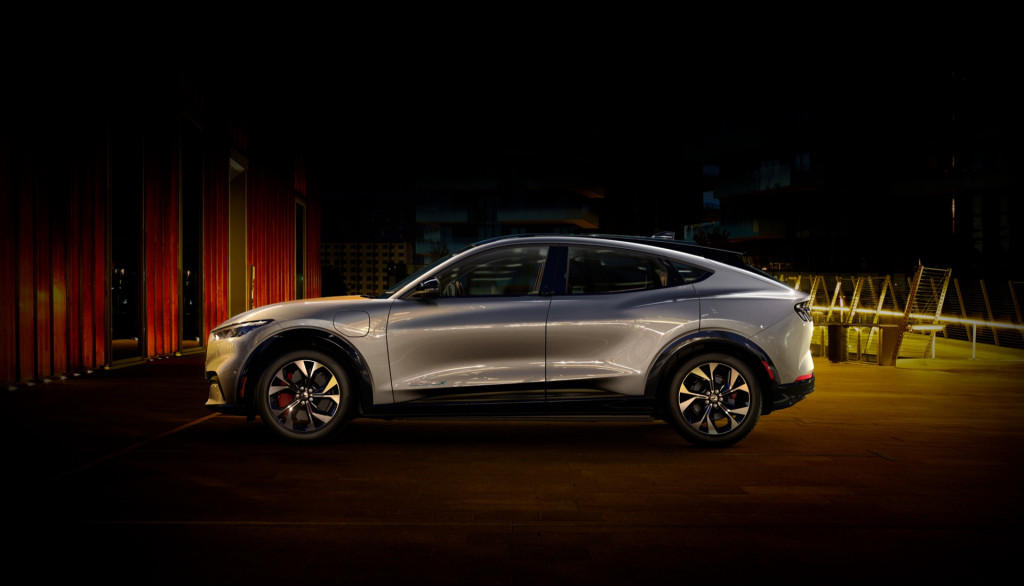 Ford Mustang Mach-E. The Mustang Mach-E is Ford’s first long-range electric vehicle, and the first modern EV from the company to be available nationwide. As Ford moves to electrify its icons while also focusing on EVs for work and commercial applications, the Mach-E is poised to show how the company can make EVs sexy and playful while also being affordable and practical. Does it get there? We can’t tell you quite yet, but the Mach-E’s EPA-rated 300-mile range, over-the-air updates and, well, Mustang pedigree all factor into something many are looking forward to. 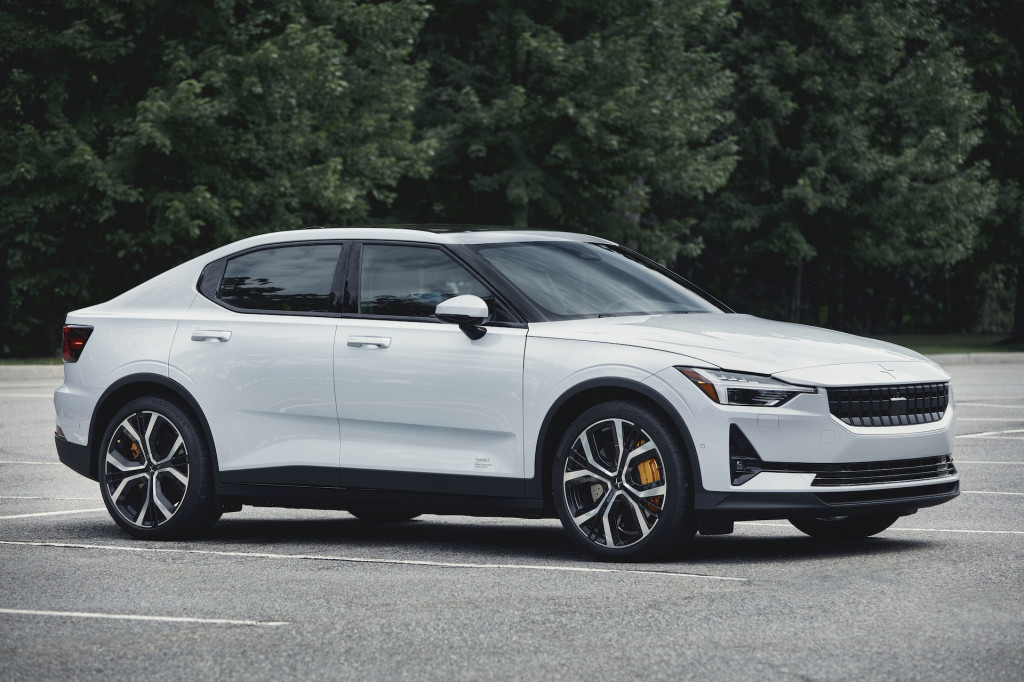 Polestar 2. Assembled in China but built on Volvo engineering, the Polestar 2 is the first widely available model from this new offshoot brand of Volvo and its parent, Geely. The ‘2’ is a hatchback, with a somewhat higher ride height and some of the sensibilities of a crossover, which puts it partway between the Tesla Model 3 sedan and Model Y crossover in size and shape. The 233-mile range isn’t anything to boast about, but its charge time of 40 minutes to 80% on 150-kw hardware set it up well enough for road trips. It’s also one of the first vehicles to be using Android Automotive OS. 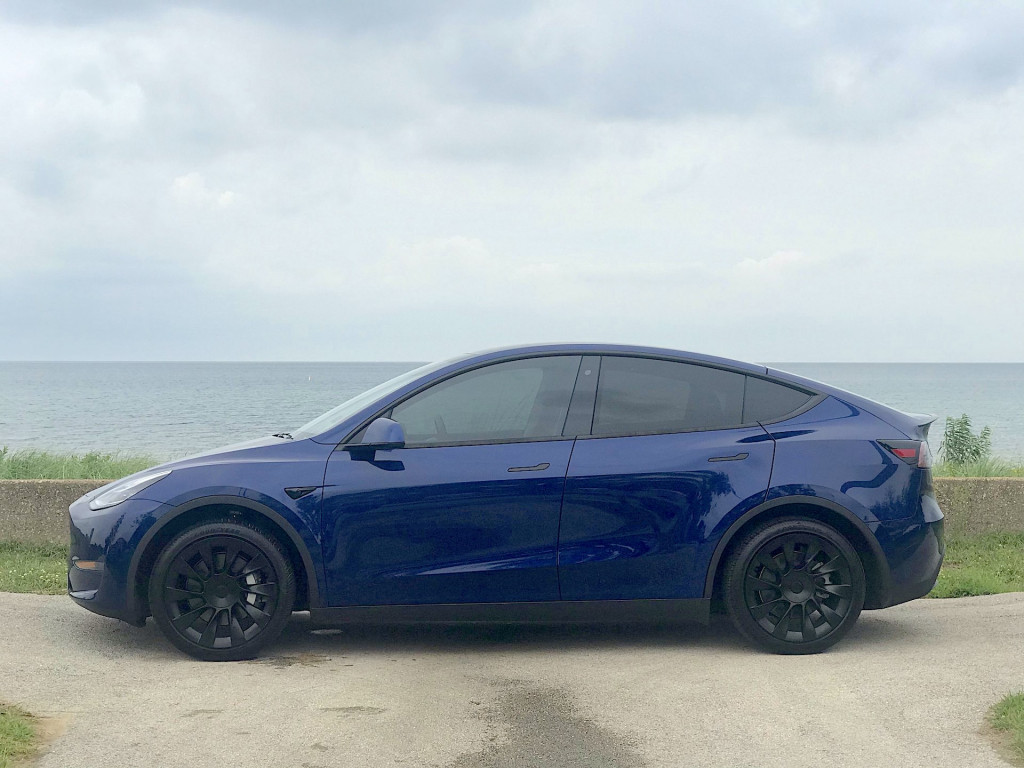 Tesla Model Y. The Model Y arrived early, in April 2020, but its timing makes it a contender for our 2021 award. The Y has a lot going for it—far more rated range than other electric crossovers, and much of the Model 3’s sport-sedan driving experience carried over. And of course you get Tesla’s top-notch interface and over-the-air updates. Downsides? The constant complaints about assembly quality have to be telling us something, as does the drab interior. 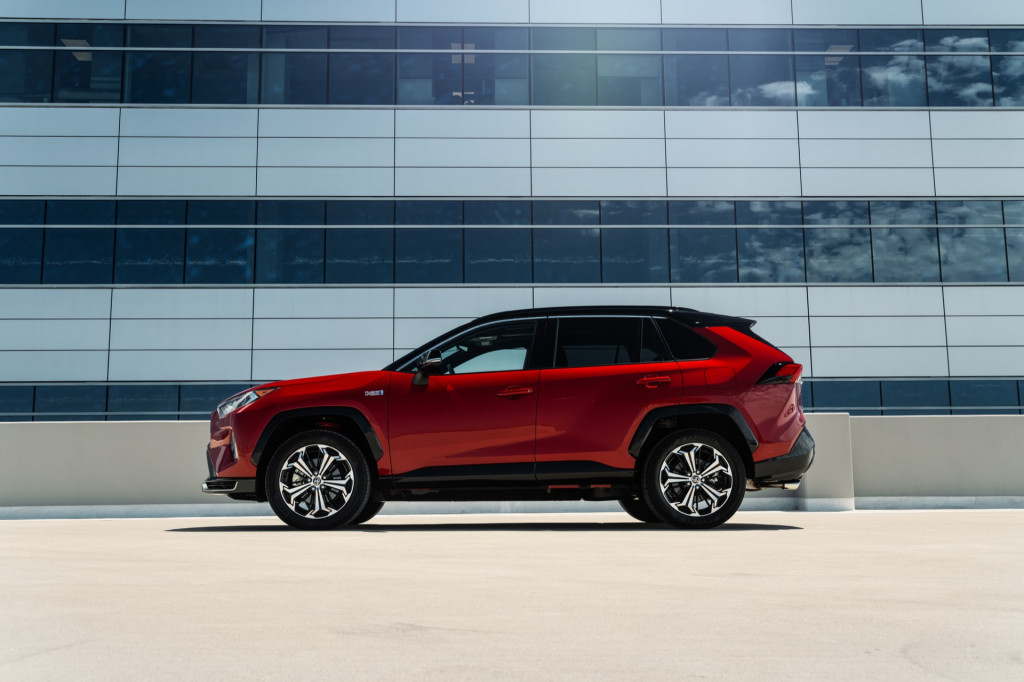 Toyota RAV4 Prime. The Prime is the only model on our Best Car to Buy shortlist for 2021 with an engine under the hood. Then again, it strings together a bucket list of bragging rights, from a 42-mile electric range to 38-mpg hybrid operation to all-weather traction and upgraded performance that has made it the quickest Toyota outside of the Supra sports car. 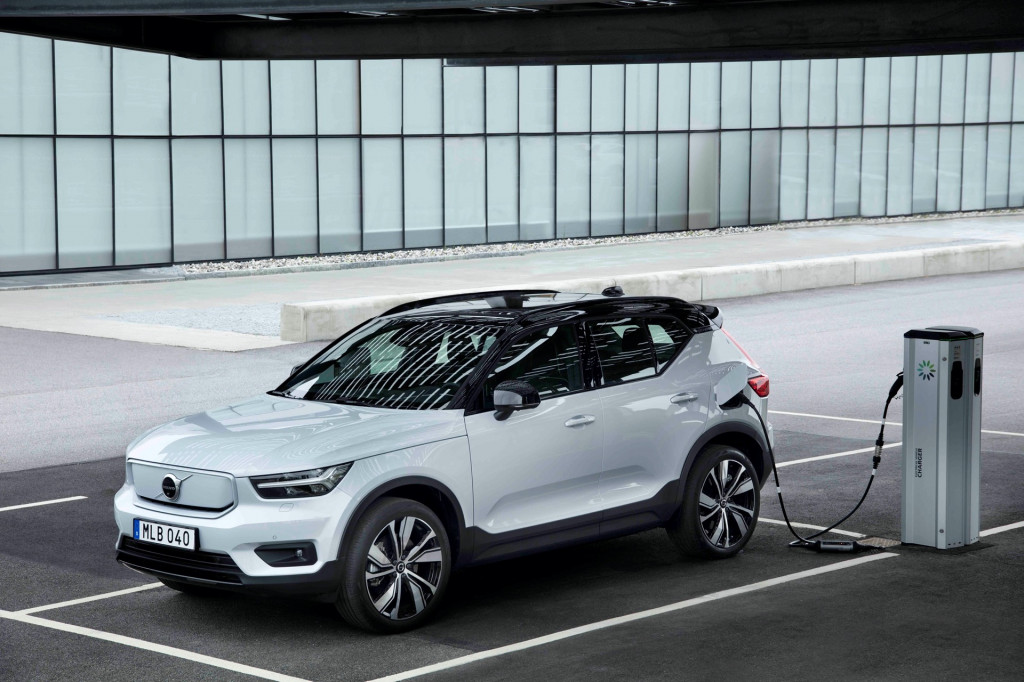 Volvo XC40 Recharge. The Recharge is positioned to be more luxurious and premium-feeling inside than the Mustang Mach-E or Tesla Model Y, even though it’s somewhat smaller. Simplicity and serenity are otherwise the headlines here. The performance is quick and capable enough; and although the range is underwhelming, at 208 miles, the warm interior and no-fuss interface make this a stronger contender than the numbers indicate.

In the meantime, we’d like to hear your comments about this year’s picks, and we’ll check back in with more detailed posts, exploring the specs and our driving impressions on each of these nominees, plus a whole lot more.