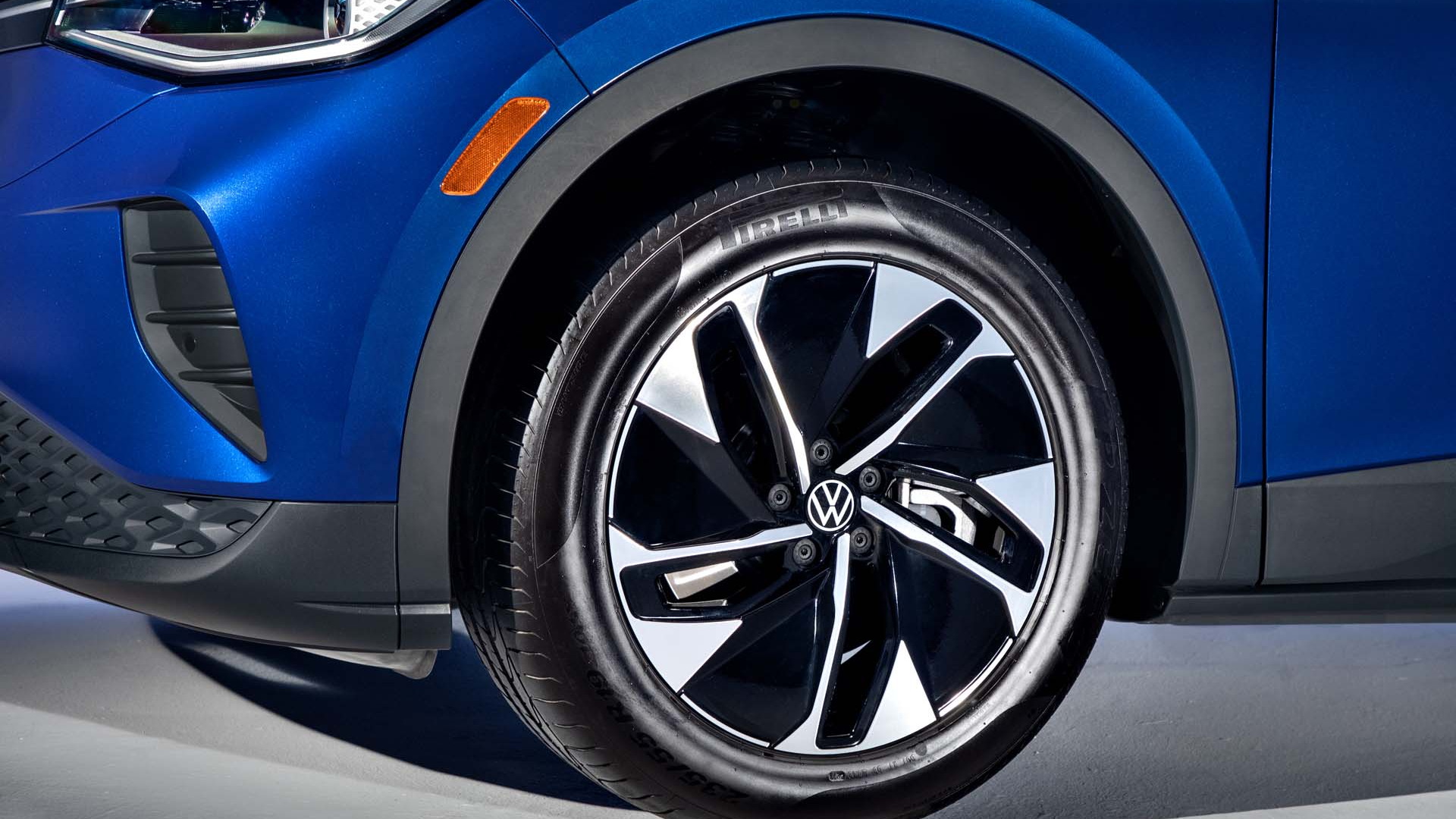 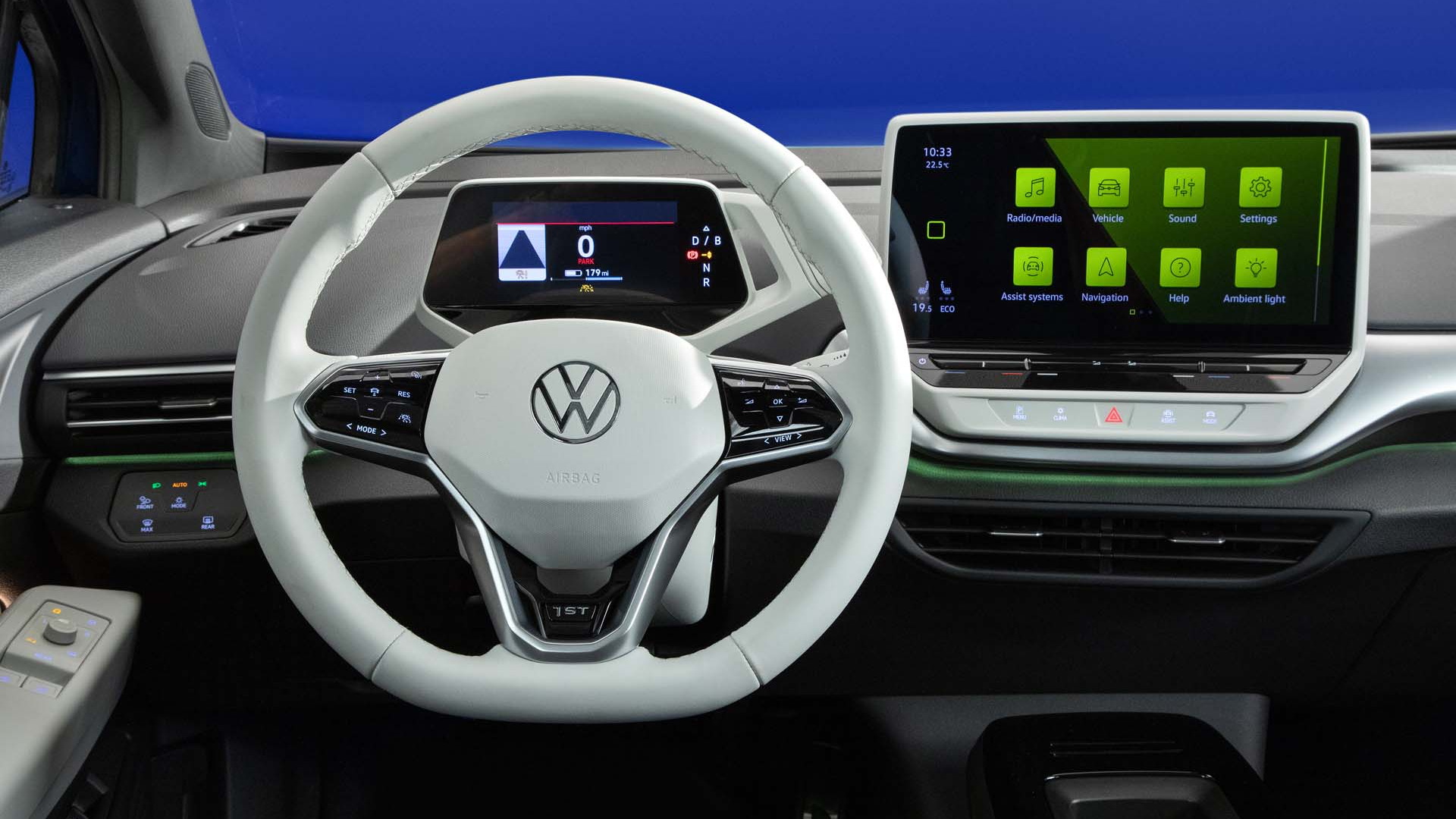 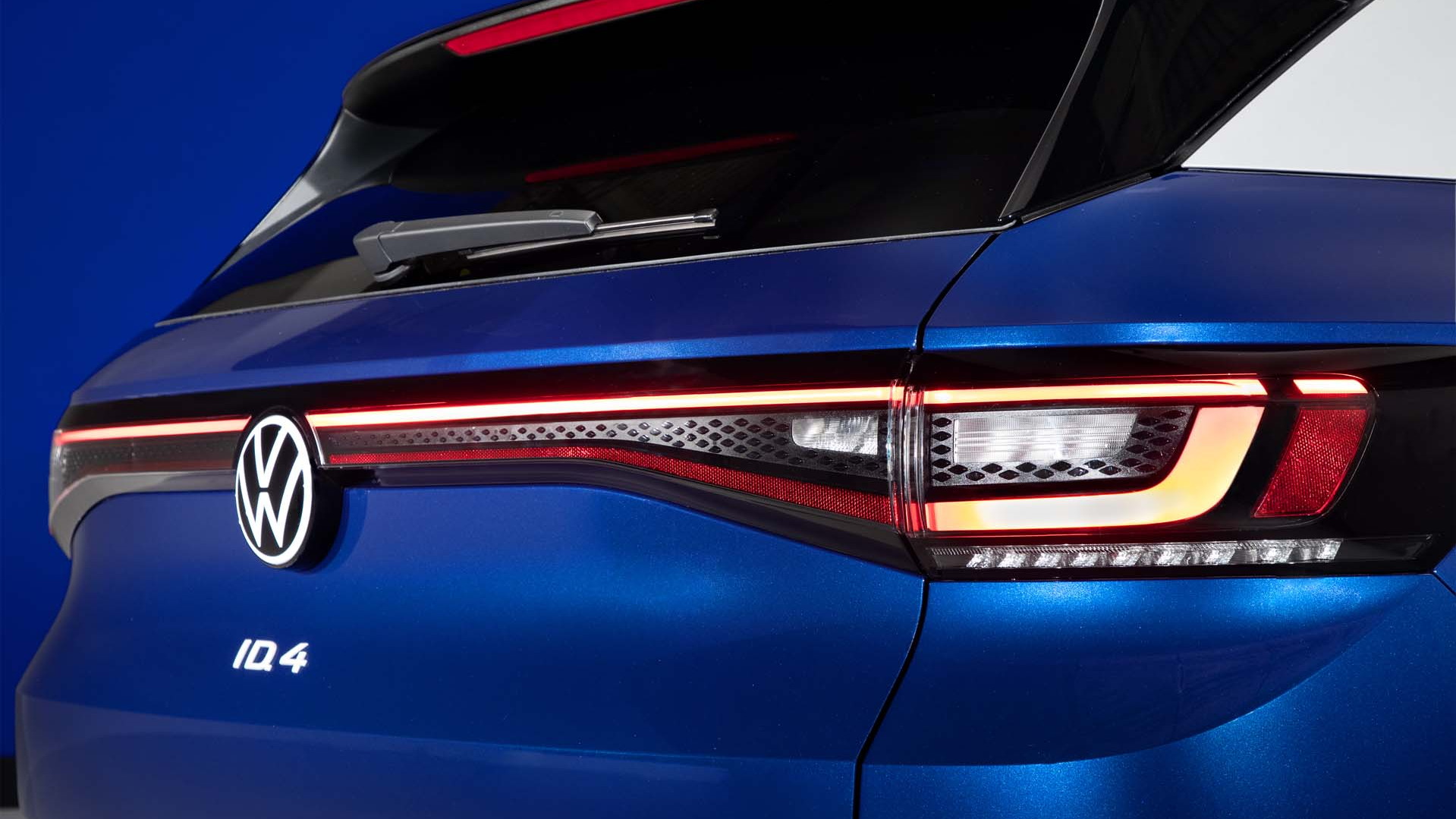 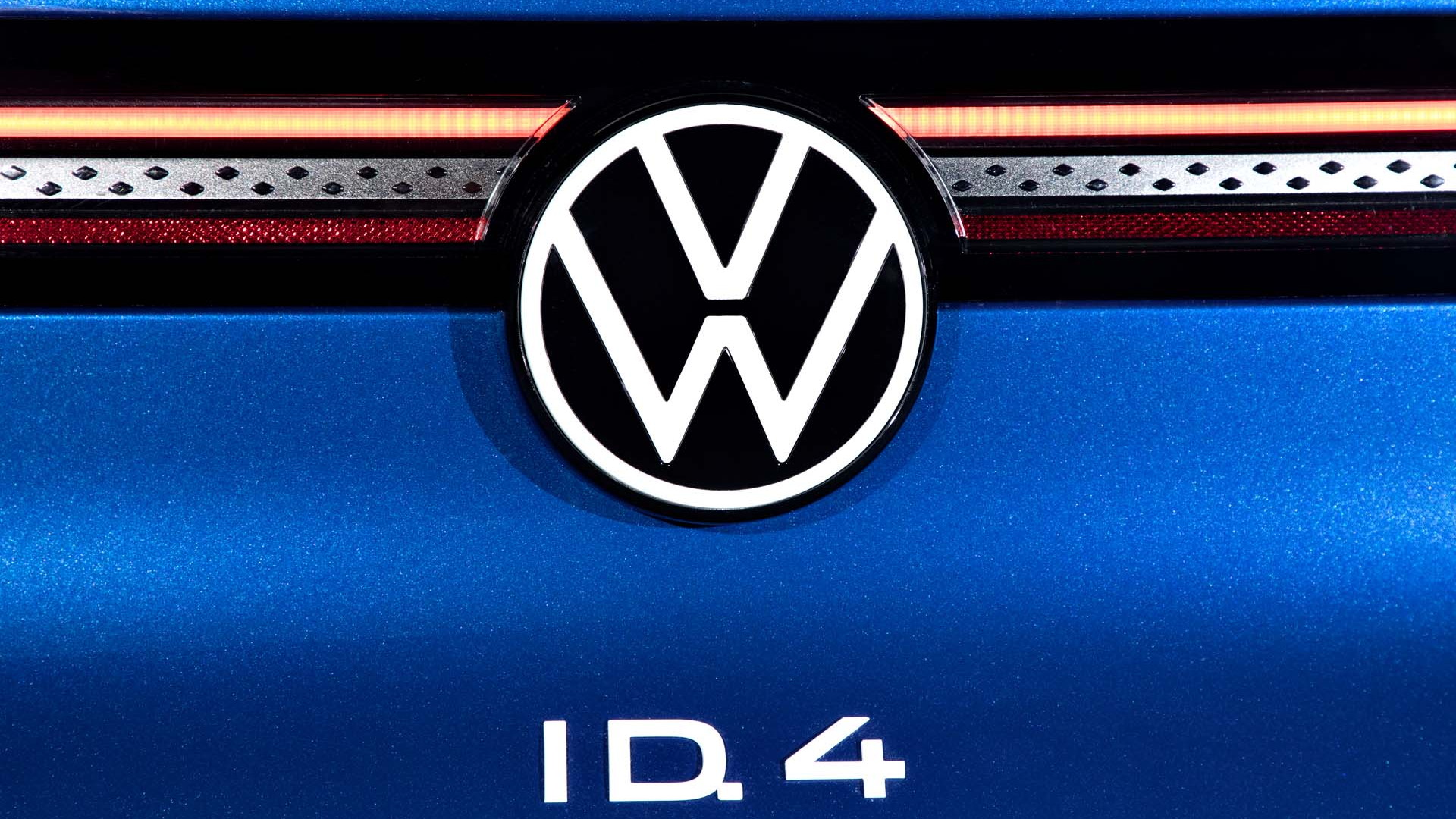 The covers have now been taken off of the 2021 Volkswagen ID.4, via a YouTube reveal held this morning. And earlier this week Green Car Reports got an up-close look inside and around the pre-production version of the electric crossover to see how it stacks up in the flesh.

Unfortunately, this didn’t include any driving or riding time, but what I did experience left me cautiously optimistic—with one screen-sized caveat.

Photographs do a poor job of conveying the ID.4’s size. The styling makes it appear like a weirdly stretched out Golf, but as you approach the ID.4 its height and the heft of the fenders emerge. This is a true crossover in dimension and bulk. Volkswagen’s ID vehicles come with the “VW” logo finished in white instead of chrome, and the First Edition also comes with a “1st” badge on each fender—making it feel a bit like a comment section come to life.

The 1st Edition models will only be offered in three of the ID.4’s seven available colors: blue, black or white, with the white vehicle I saw being my favorite of the three potential colors since it matches the 1st Edition’s exclusive white finishes on the door panels, steering wheel, and the trim surrounding both screens. It’s a complete flip of what the Nissan Leaf and Chevrolet Bolt EV do (those cars have black trim on the touchpoints and white trim on the dashboard), and I think it works much better in the ID.4.

The Volkswagen ID.3, a hatchback EV that rides on the same MEB platform but won’t be coming to the U.S., debuted this month, and the first reviews of that vehicle highlighted two potential problems with the ID.4: faults in build quality and problems with the infotainment. It’s hard to get a full read on build quality in these pre-production cars, but the example I looked at didn’t have any of the same egregious issues. Panel gaps seemed mostly uniform on the exterior and the interior fit-and-finish felt ready for market.

Its infotainment is a completely different story. I got a fairly long disclaimer from Volkswagen that the system was not fully ready and had been finicky all day, which continued in my time inside. The system lagged heavily when performing actions as simple as swiping through the menu screens and the gesture controls were mostly fruitless waving. Whatever latent potential this system has is hard to see given its tepid showing at this juncture.

There is some silver lining: Volkswagen did indicate to us that the ID.4 would come with all of the promised multimedia content at launch (unlike the ID.3). But the bottom line is it has to work; if you simplify the dashboard and move controls like the climate control into the screen, using the screen experience has to be seamless.

Thankfully, the ID.4 will come with over-the-air updates, and that gives Volkswagen a chance to fix any issues that pop-up and even add more features. Johan de Nysschen, COO of Volkswagen North America, also indicated that could include updates to the software and firmware for the drivetrain, potentially increasing efficiency and range slightly.

When I asked if Volkswagen would ever cease those updates as the vehicle aged (a la Apple), de Nysschen wagged a finger and said: “As long as Tim Cook is not the CEO of Volkswagen, you don’t have to worry about that.”

The rest of the interior was much more impressive. Though the ID.4 is smaller than the Tiguan in pretty much every dimension, it is still quite roomy. Legroom and headroom are especially plentiful for both rows, and equipped with the Statement package the ID.4 adds a gigantic panoramic sunroof that is a single pane of glass (no unsightly bars in the middle). The backseat won’t recline or travel forward/back, but it’s at least fixed at a comfortable angle. I also found the materials to be quite good, there were no points of obvious cost-cutting, and the touchpoints strayed away from cheap-feeling plastics.

There’s clearly still a good amount of work to be done on the ID.4’s technology, but the rest of the crossover seems to be promising. Volkswagen has included enough passenger space and useful storage inside, and it’s rated for 2,700 pounds of towing capacity, so that it can be used as a traditional compact crossover would be.

That’s integral to the company’s stated goal of luring non-EV shoppers to consider this vehicle against mainstays like the Toyota RAV4 and Honda CR-V. As long as those multimedia issues can be solved, the ID.4 has a fighting chance.