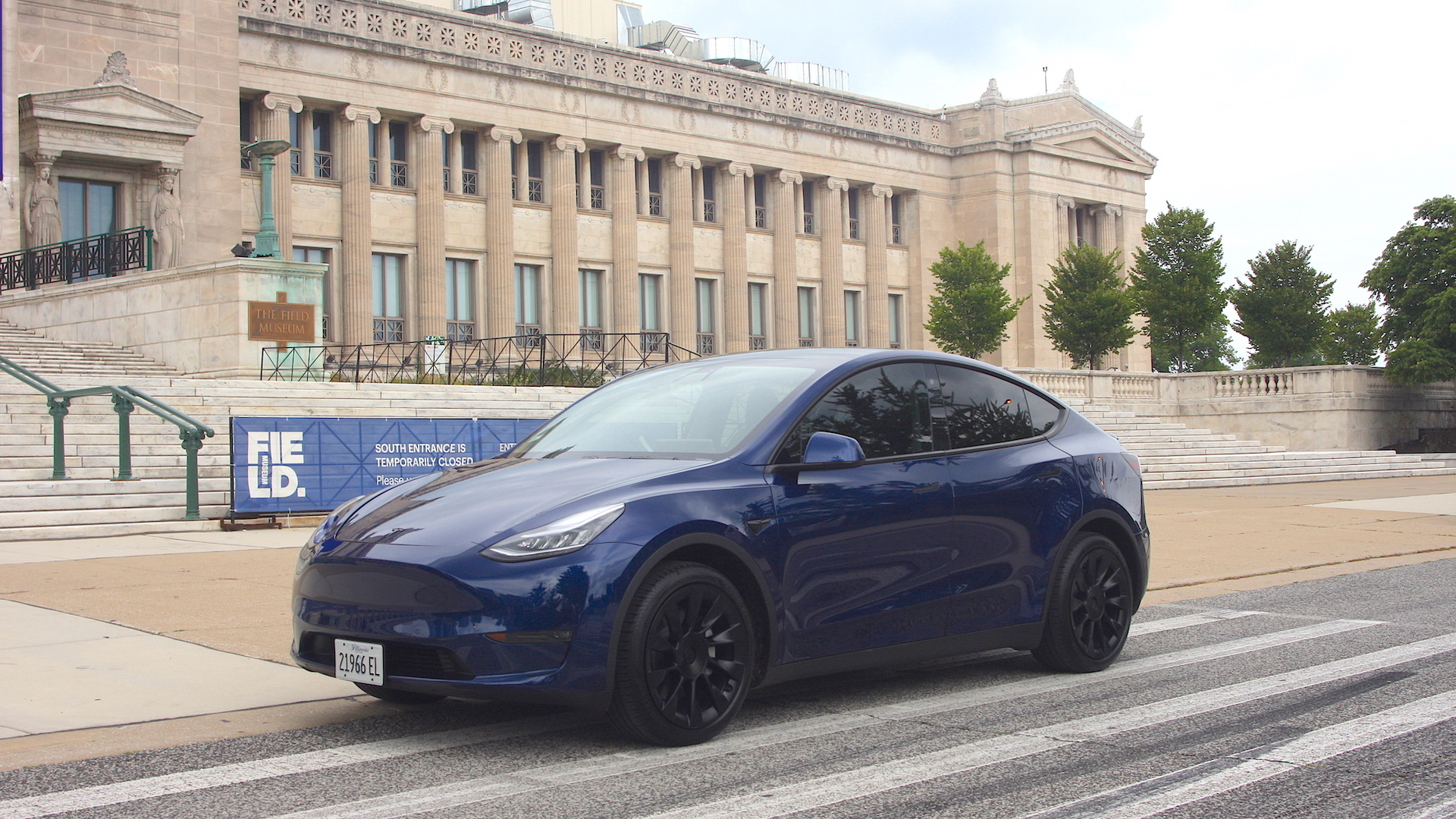 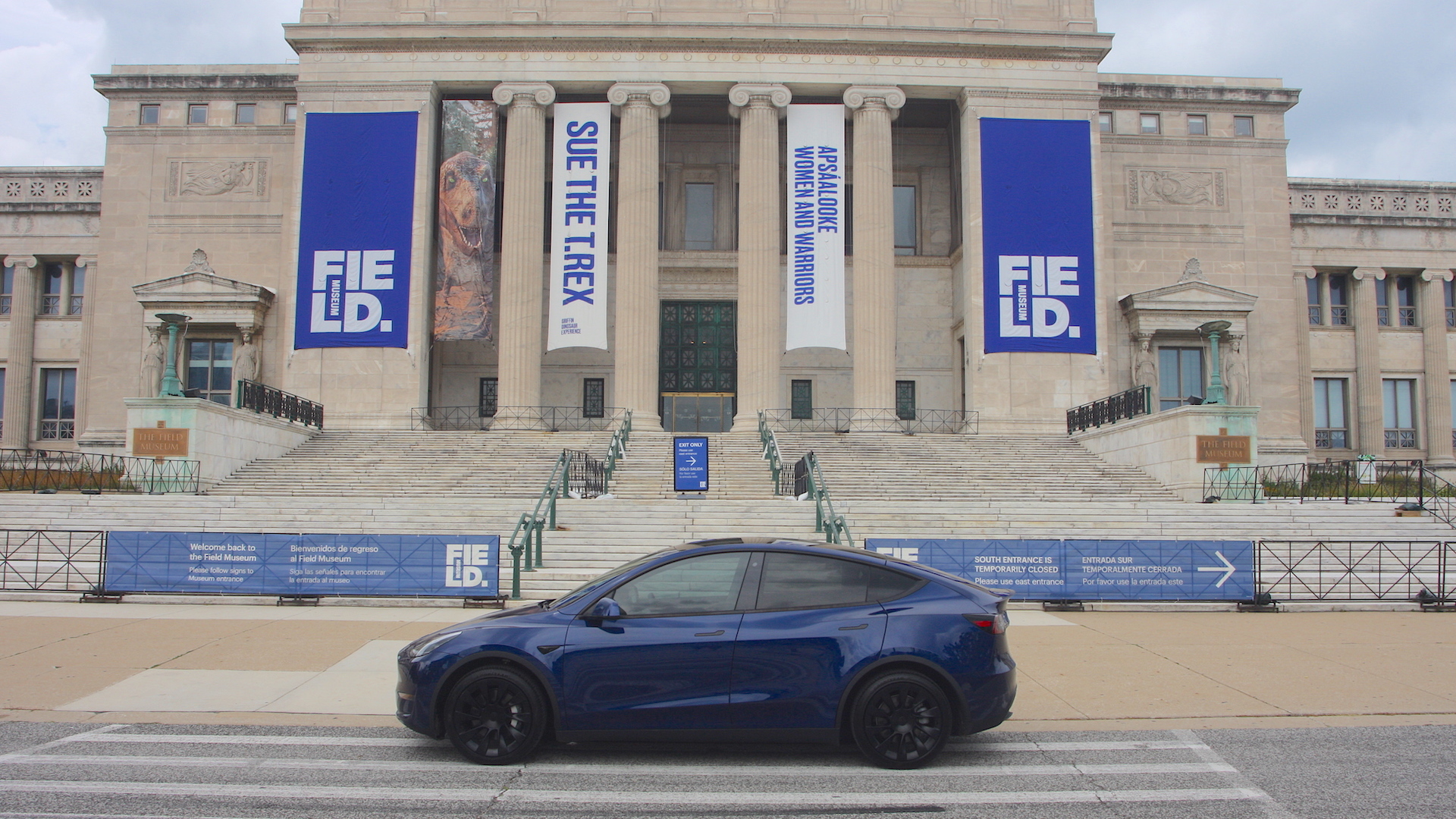 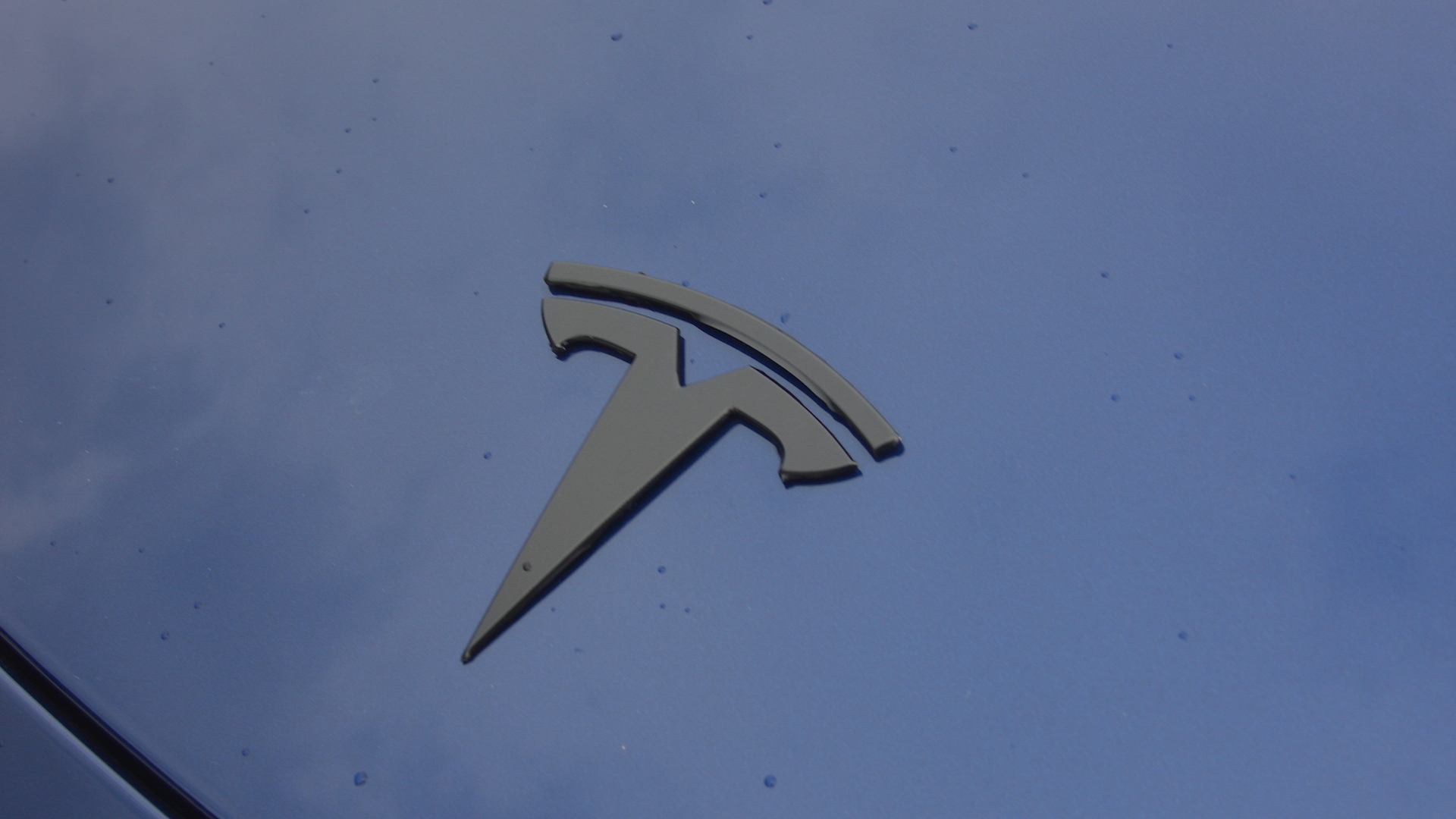 The 2020 Tesla Model Y is perfectly positioned. A crossover, it represents the fastest growing automotive segment. An electric vehicle, it’s part of a future that is rapidly approaching.

It’s the first viable entry (sorry, Jaguar I-Pace, buyers just aren’t into you) in a class primed to expand. It’s here, it’s efficient, and it’s the benchmark contenders will have to overcome.

By the end of next year, Tesla’s first mass-market crossover will have at least four new competitors, the Ford Mustang Mach-E, Nissan Ariya, Volkswagen ID.4, and Volvo XC40 Recharge. All four are going to have to bring it to compete.

The Car Connection Senior Editor Robert Duffer and I got seat time in a 2020 Tesla Model Y the only way we know how, by borrowing one from an owner.  Lucky for us, Paul, the cousin of Interactive Content Manager Joel Feder, was one of the first Model Y buyers. He lives in Chicago and agreed to let us drive his 4,800-mile car, provide we return it in one piece.

A wall of power

Paul uses his phone to enter and start his Deep Blue Metallic Model Y, but he provided us a key card. I held the card against the driver’s side B-pillar to get in, then set it on the center console to awaken the Model Y’s powertrain and massive center screen.

From the first jab of the throttle, the Model Y felt more like a performance car than a daily driver. Tesla outfits the Model Y Long Range with a front induction motor and a rear permanent magnet motor that combine to make 384 horsepower and 376 pound-feet of torque, all of which is enabled by a 75-kwh battery pack.

The powertrain has Chill and Standard acceleration modes, and Standard delivers immediate shots of ready power. The wall of electric burst isn’t progressive like a gas engine, and there are no stepped gears to ramp up the acceleration. Instead, going hard on the throttle pinned my head back into the supportive driver’s seat, be it from a stop or at highway speeds, and shot the Model Y toward the horizon with a smooth burst that continued until I let off. It was exhilarating and certainly felt capable of Tesla’s quoted 4.8-second 0-60 mph time.

Chill mode was still strong, but not nearly as aggressive, and it didn’t interest me.

Tesla also offers two brake-regeneration modes: Low and Standard. I opted for Standard, which enables one-pedal driving most of the time. The regen system supplied noticeable drag any time I let off the throttle and brought the Model Y to a complete stop on city streets. I only needed the brake pedal, which only controls the mechanical brakes, when more braking force was necessary to stop at lights from higher speeds.

Using the two Standard modes has a downside. Jack-rabbit acceleration and immediate drag upon throttle lift-off can create an uneven, jerky ride for passengers. I caught on in an afternoon behind the wheel, and most Tesla drivers will have a well-trained right foot within days.

Tesla also put effort into what happens when the Model Y stops by providing Creep, Roll, and Hold settings. Creep acts like an automatic transmission car, Roll like a manual transmission car in neutral, and Hold simply keeps the Model Y in place any time you stop. I went with Hold so I didn’t have to keep my foot on the brake at lights. Paul said he has no idea why anyone would use any other mode and I agree.

It also took just a few blocks to realize that the Model Y’s suspension is tuned for sporty moves. Chicago streets are notoriously rough and the Y’s firm suspension tuning bordered on uncomfortable. Paul paid the extra $2,000 for the optional 20-inch Induction wheels shod with 255/40 Goodyear Eagle F1 Asymmetric 5 tires. The larger, heavier wheels and tires likely caused some of that rough ride, but Tesla obviously made a conscious choice to give the Model Y a little edge.

The flip side of the ride is controlled handling.  The Model Y has a crossover ride height of 6.6 inches, which combined with its nearly 4,400-pound mass to create some body lean in turns during our jaunt through Chicago. However, through corners and on clover-leaf on-ramps that lean was well controlled. The body gathered itself well for quick changes of direction, and I didn’t detect any wallowing on the highway. It was a sportier feel than I expected, but every day cruising would be more comfortable if Tesla offered adjustable dampers.

Steering was also a surprise. Tesla outfits the Model Y with a very quick 10.3:1 steering ratio that is best served by the Sport setting. The steering gets weightier through Comfort, Normal, and Sport modes. The extra weight stabilizes the steering on center and prevents a jittery feel on the highway.

Paul loaned us his car with a 76% charge and 230 miles of remaining range on the 75-kwh battery pack. We returned it (in one piece) after driving exactly 100 miles, using what had originally been estimated to be 144 miles of range, and depleting the battery to 28%. While we had several hard starts, used the air conditioning constantly on an 87-degree day, and left the systems on for pictures on multiple occasions, we still ate up only 29 kwh of charge for a rate of 291 wh/mile or 3.44 miles per kwh. That’s more efficient than most EVs, including those that are efficiency oriented.

The EPA rates the Model Y we tested at 316 miles of range. Our friendly owner said he gets about 250 miles between charges, though he doesn’t often charge it to full because jamming in more electrons after the battery reaches an 80% charge takes much longer.

On a 240-volt outlet with a 60-amp circuit, the Model Y Long Range adds 42 miles of range per hour. It’s only 7 miles on a 120-volt outlet, so it makes sense to install 240 in your garage if you buy a Tesla. Unlike Model S and X owners, Model 3 and Y buyers have to pay for the use of Tesla’s Supercharger network. It’s a must for road trips and it can provide 158 miles of range in just 15 minutes. Paul used it without a single issue on a drive from Chicago to Key Largo, Florida, and back.

The Model Y’s space made both Paul’s trip and our drive comfortable. While the Model Y has all-wheel drive, the rear motor powers the rear wheels, so there’s no driveshaft to create a hump in the rear seat. That and lengthy rear leg room create a spacious second row that can fit three across comfortably, and the middle passenger even gets a heated seat. For 2021, Tesla is adding a two-passenger third-row seat for $3,000. Given the Model Y’s length and sharply raked rear roofline, I don’t see how that will be useful for anyone other than kids.

The only drawbacks to the interior? A couple of ugly welds in the hatch area and an occasional rattle from the rear. These were part of Tesla’s quality-control growing pains, as was the ill-fitting left-side rear door.

Back to the pluses that put the Tesla Model Y at the forefront of not only the EV market, but the industry as a whole. From the driver’s seat, I was confronted by the best infotainment technology on the market. Tesla mounts a landscape 15x10-inch capacitive touchscreen in the middle of the dash to control not only infotainment but also every other vehicle system except signals, volume, and wipers. The size of a laptop, the screen is bigger than any on the market and responds without lag.

I found several great features in the system, including a large navigation map, a Toy Box screen with apps to entertain you while waiting for the kids to finish practice, efficiency screens, and a vertical pane that shows the Model Y’s position on the road and in surrounding traffic.

The latter is enabled by the Model Y’s standard eight cameras, forward-facing radar, and 12 ultrasonic sensors. Tesla includes this equipment on every Model Y, as well as an Autopilot system that functions as adaptive cruise control system with active lane control, but buyers have to pay $8,000 for the Full Self-Driving suite of additional driver-assistance features—and promised future semi-autonomous features. Whether buyers choose those packages or not, they still get forward-collision warnings with automatic emergency braking, side-collision warnings, and automatic high beams.

Paul’s car was equipped with Full Self-Driving, but we tapped down twice on the right stalk to use Autopilot. Full Self-Driving allows the car to drive itself from on-ramp to off-ramp and even change lanes around slower traffic. The Model Y also changed lanes by itself when we activated the turn signal—because it was optioned with FSD—and it otherwise stayed in its lane and away from other traffic as long as we applied torque to the steering wheel roughly every 45 seconds (note, yes, this is more than we’ve seen in our Model 3 experiences).

Full Self-Driving’s highway driving mode and Navigate on Autopilot functionality require the driver to touch the steering wheel periodically. The package also adds automatic parking and summon features and can recognize and react to stoplights. In the future, should regulations allow it, Full Self-Driving will enable actual full self driving through an over-the-air update.

I should note that the day was clear and the roads were dry. In these conditions, Autopilot worked well. However, we can’t render a full opinion until we experience it during extended tests and in poor conditions. We always recommend drivers pay full attention to the road.

The 2020 Tesla Model Y is a warning shot across the bow of would-be competitors. Rivals that want to compete will have to find answers for the Model Y’s useful space, ready power, industry-leading range, and smart technology.