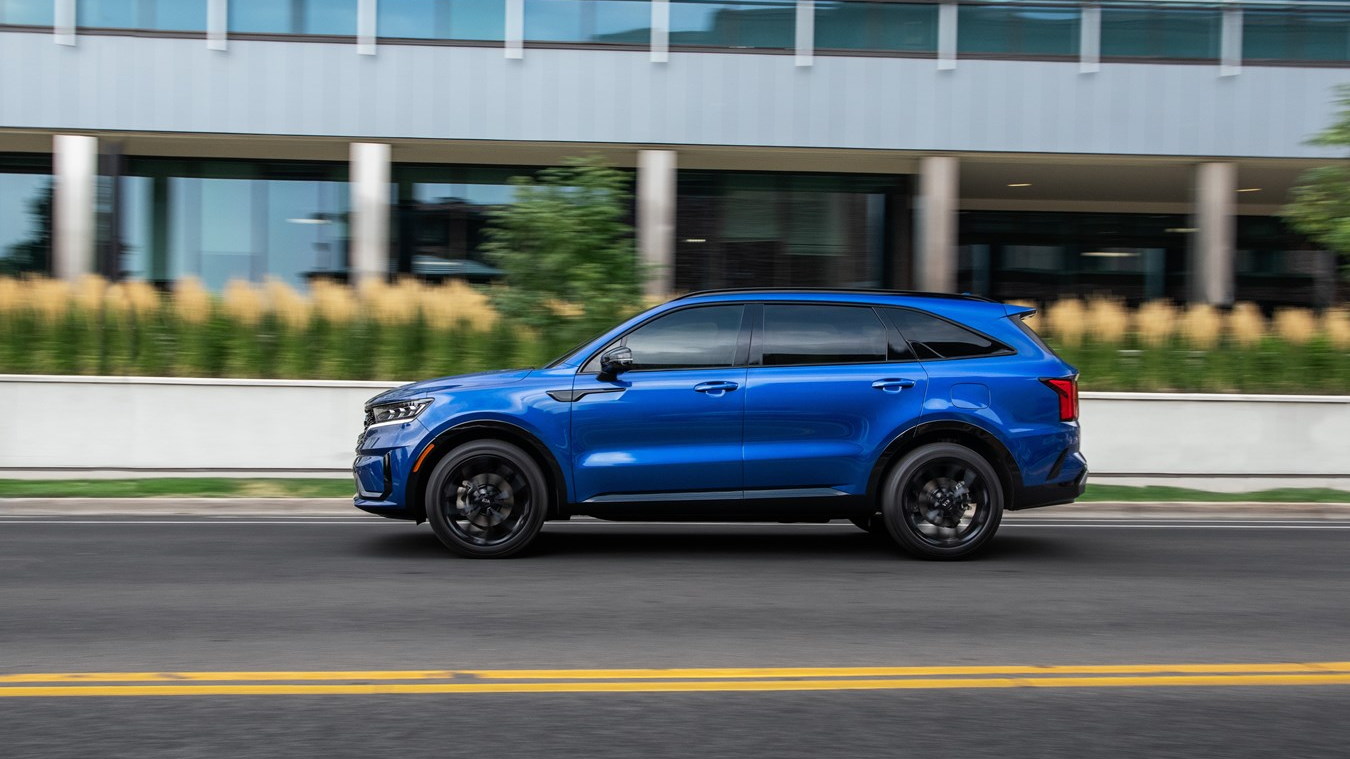 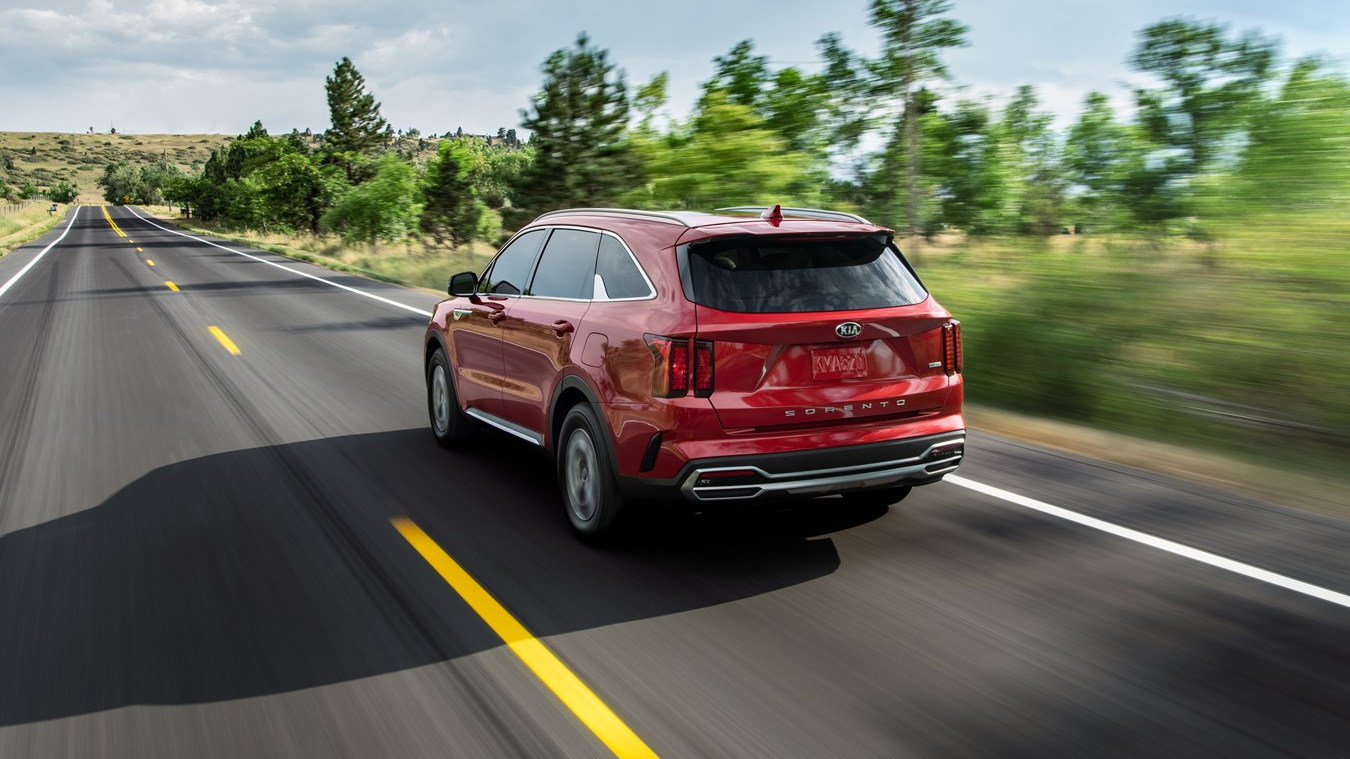 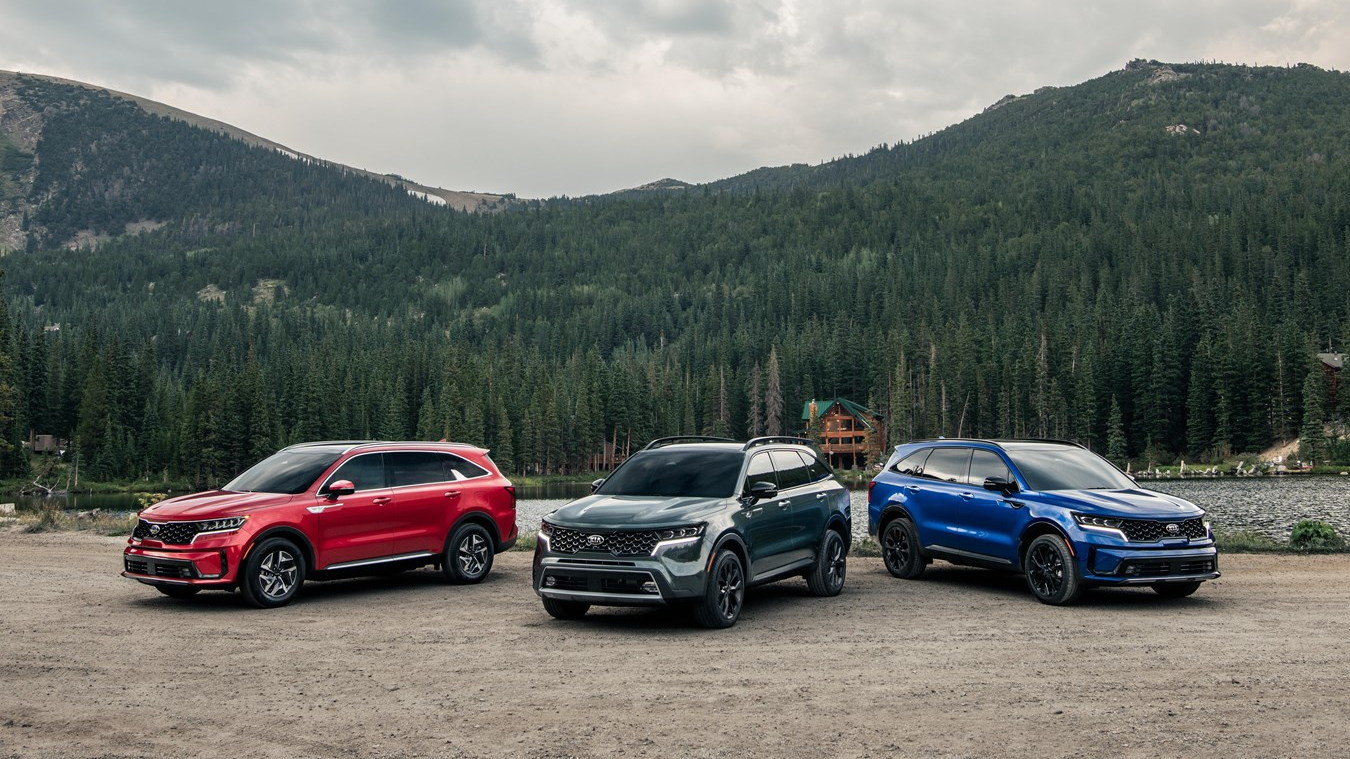 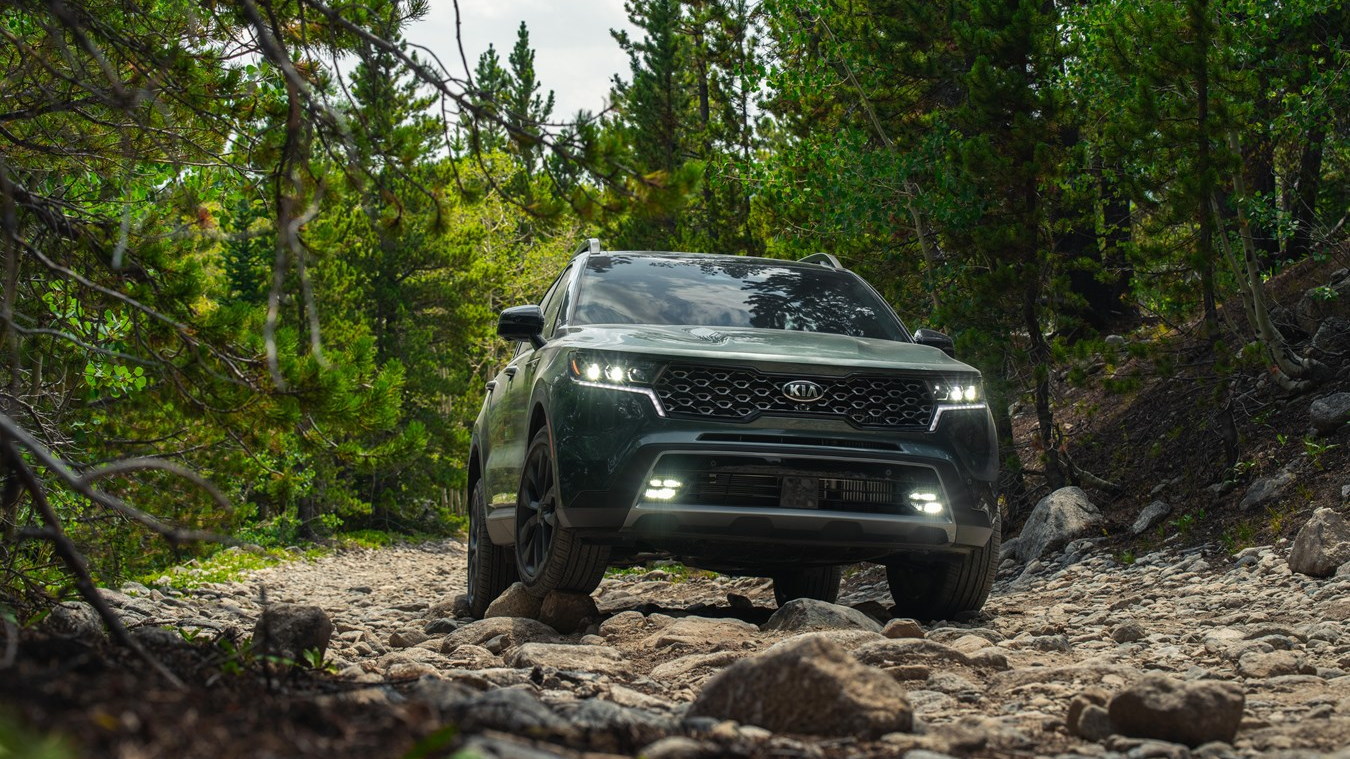 A 2021 Kia Sorento Hybrid mid-size SUV arrives later this year and a Sorento Plug-In Hybrid joins the lineup next year as a 2022 model. On Tuesday, Kia releases specs for both.

Kia estimates that the Sorento Hybrid will achieve EPA results of 39 mpg city, 35 highway, and 37 combined, the last of which nudges the model ahead of the 36-mpg Toyota Highlander Hybrid.

Both the Hybrid and Plug-In Hybrid models are part of a fully redesigned Sorento lineup that includes the choice between two three-row interior layouts, 4+2 or 5+2 seating, combined with what Kia calls best-in-class interior passenger volume. In addition to a dramatically upgraded feature set, the Sorento will have boast a wide-ranging suite of active-safety tech features.

The front-wheel-drive Sorento Hybrid will be powered by a 1.6-liter turbo-4 gasoline engine connected to a 6-speed automatic transmission, with a 44-kw electric motor at the input shaft of the transmission. The two power sources produce a combined 227 horsepower, which Kia claims makes it the most powerful (non-plug-in) hybrid in its class.

With a clutch that can disconnect the engine from the motor and transmission, and a 1.5-kwh battery pack, the Hybrid should allow for short distances of engine-off operation.

Plug-In Hybrid versions of the Sorento will be powered by a version of this same setup with all-wheel drive, a 67-kw electric motor, and a 13.8-kwh battery pack. It will produce a combined 261 hp, and Kia estimates it will provide an impressive 30 miles of all-electric range—by U.S. measurements—before transitioning to hybrid mode.

Compared to the outgoing Sorento, Kia says that the new model is lighter and stronger, and has more versatility for various drivetrain combinations as illustrated by these models. Given that, however, it’s likely the Hybrid and Plug-In Hybrid models will be a bit heavier.

At present, Kia’s only plug-in model is the Niro, which comes in hybrid, plug-in hybrid, and Niro EV versions.

Kia’s plug-in vehicle plans will perk up next year, however. A flagship all-electric model from Kia has been confirmed for the U.S. later in 2021, and Kia just last week revealed that model, code-named CV, will debut of a completely new design direction for the brand.

U.S.-spec Sorento models will be assembled in West Point, Georgia.