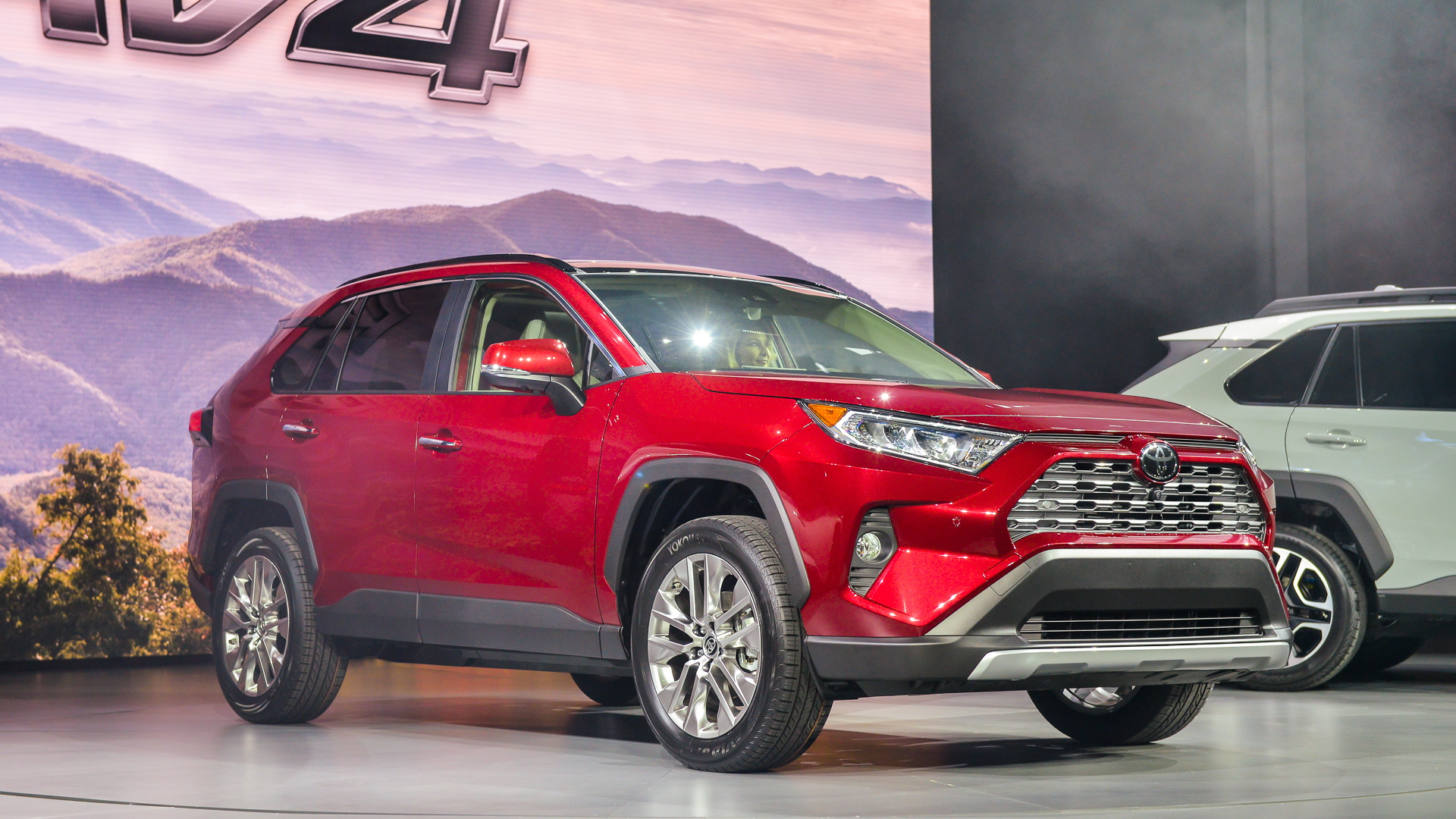 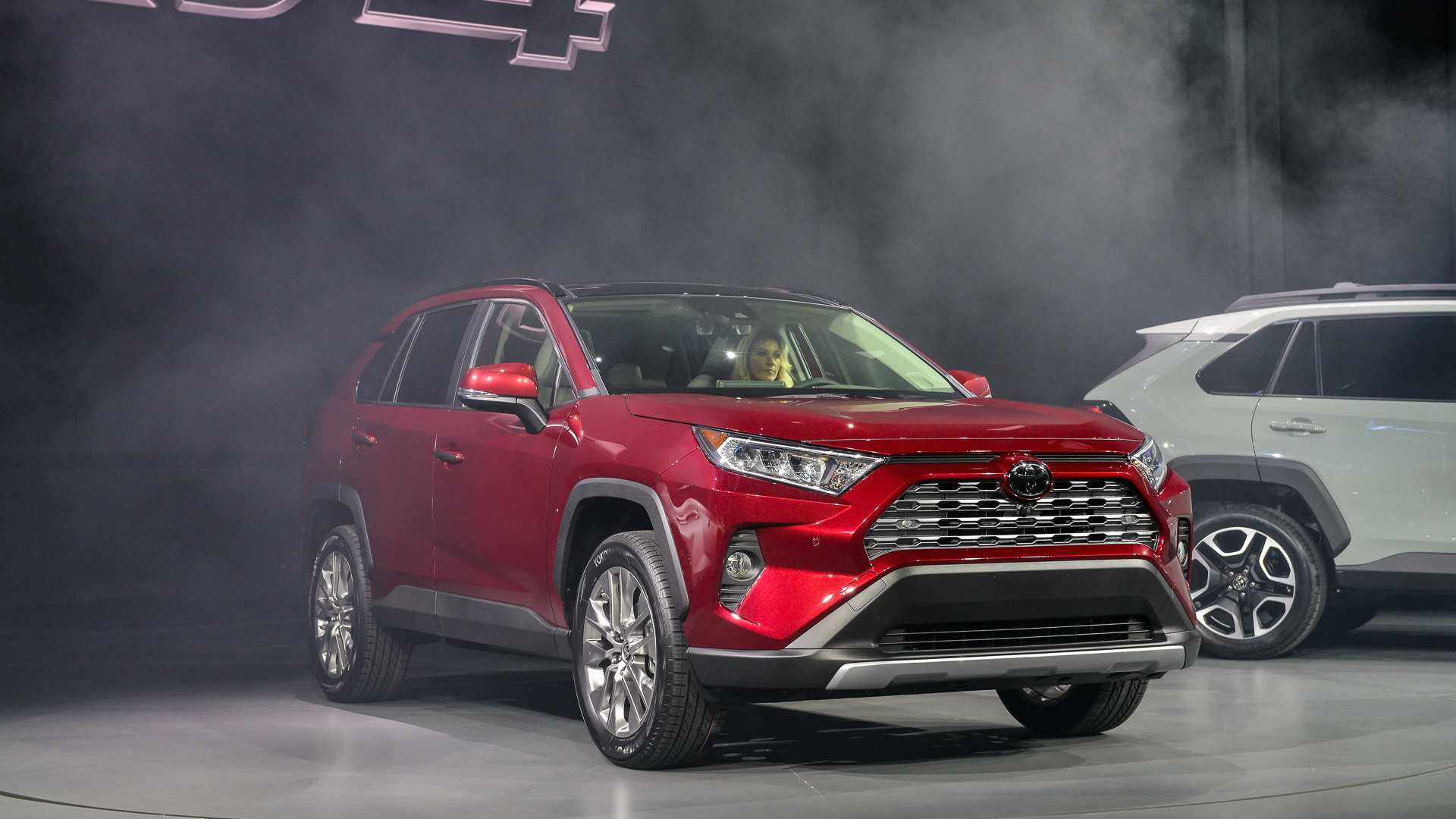 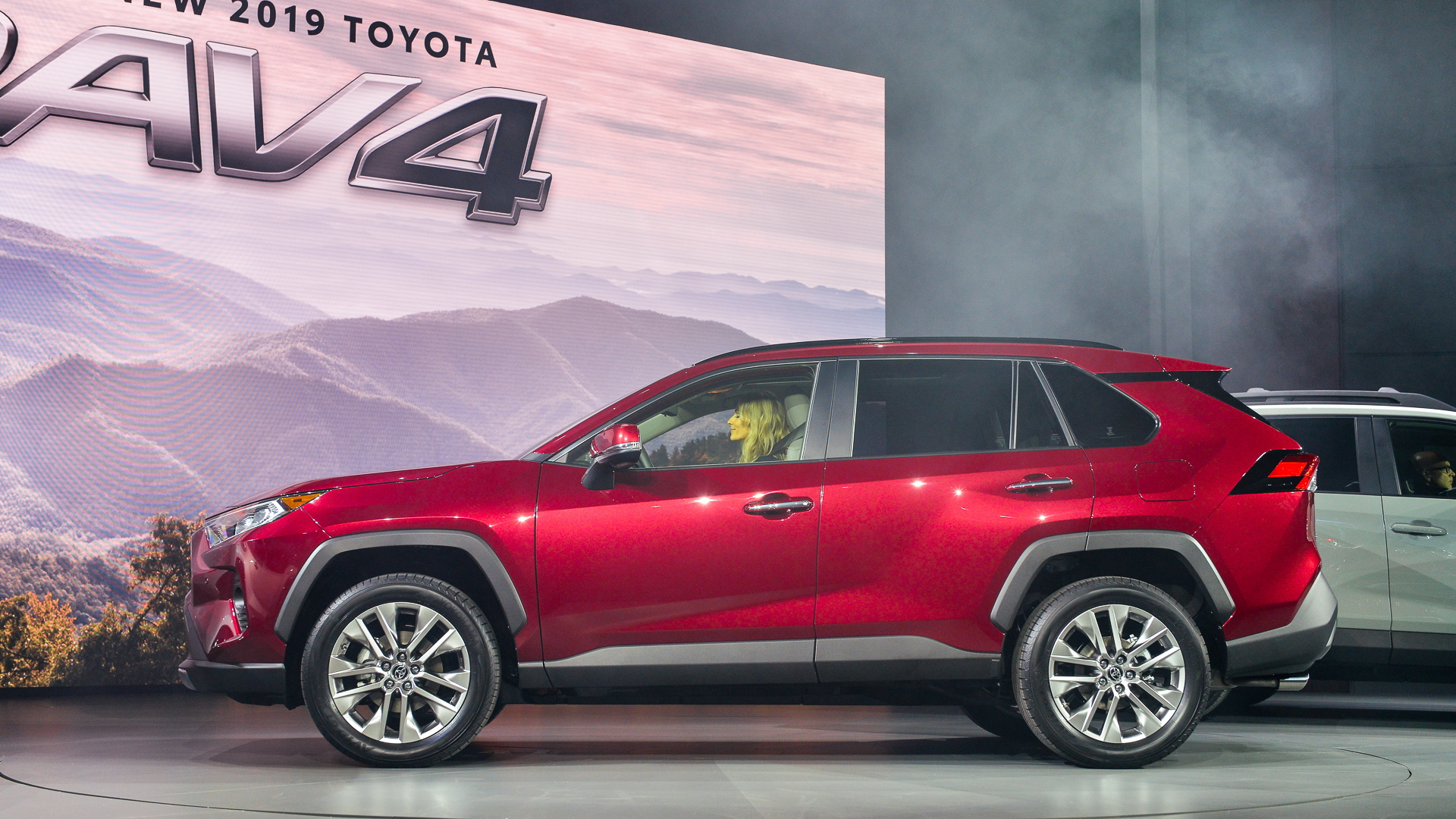 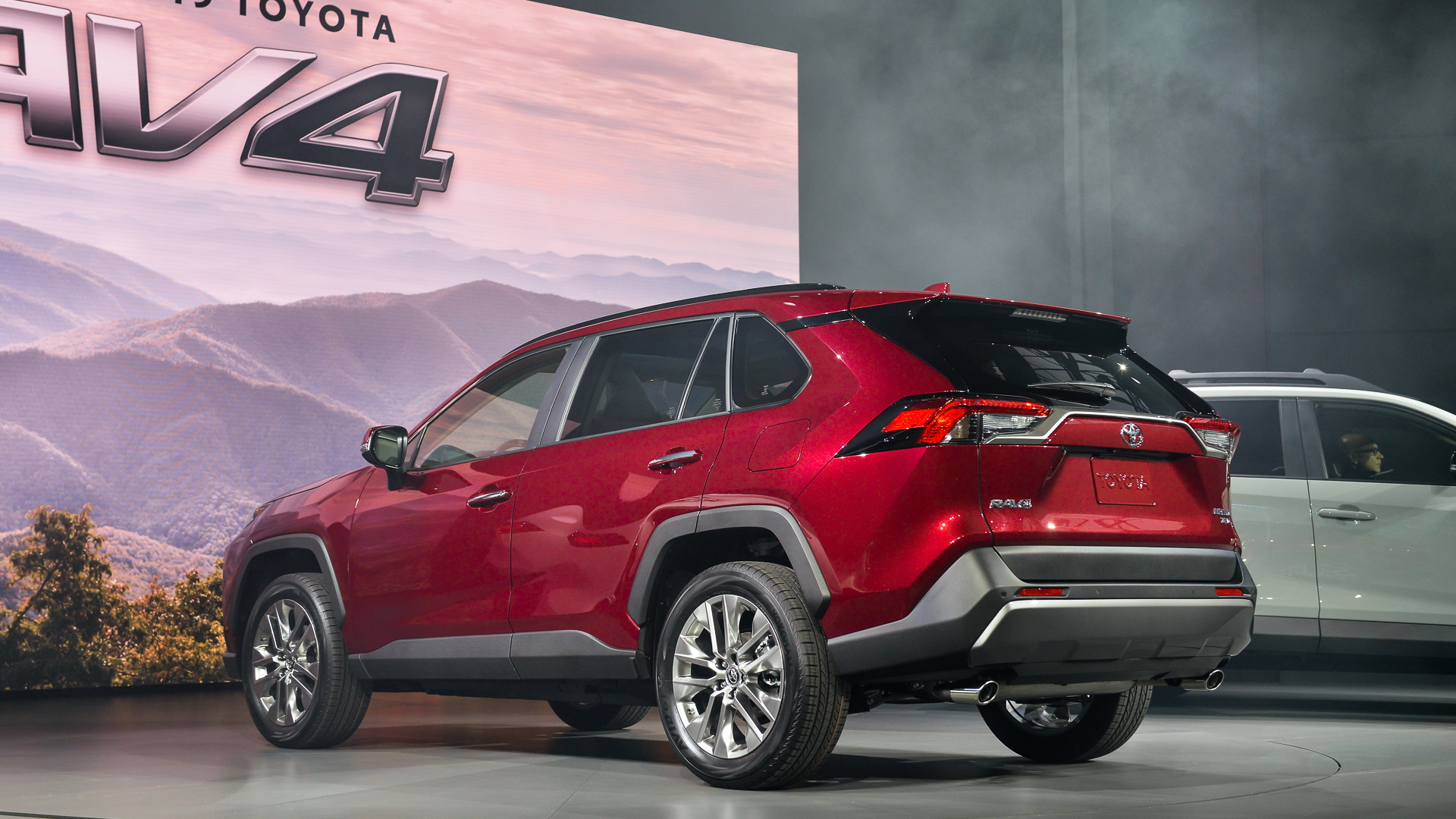 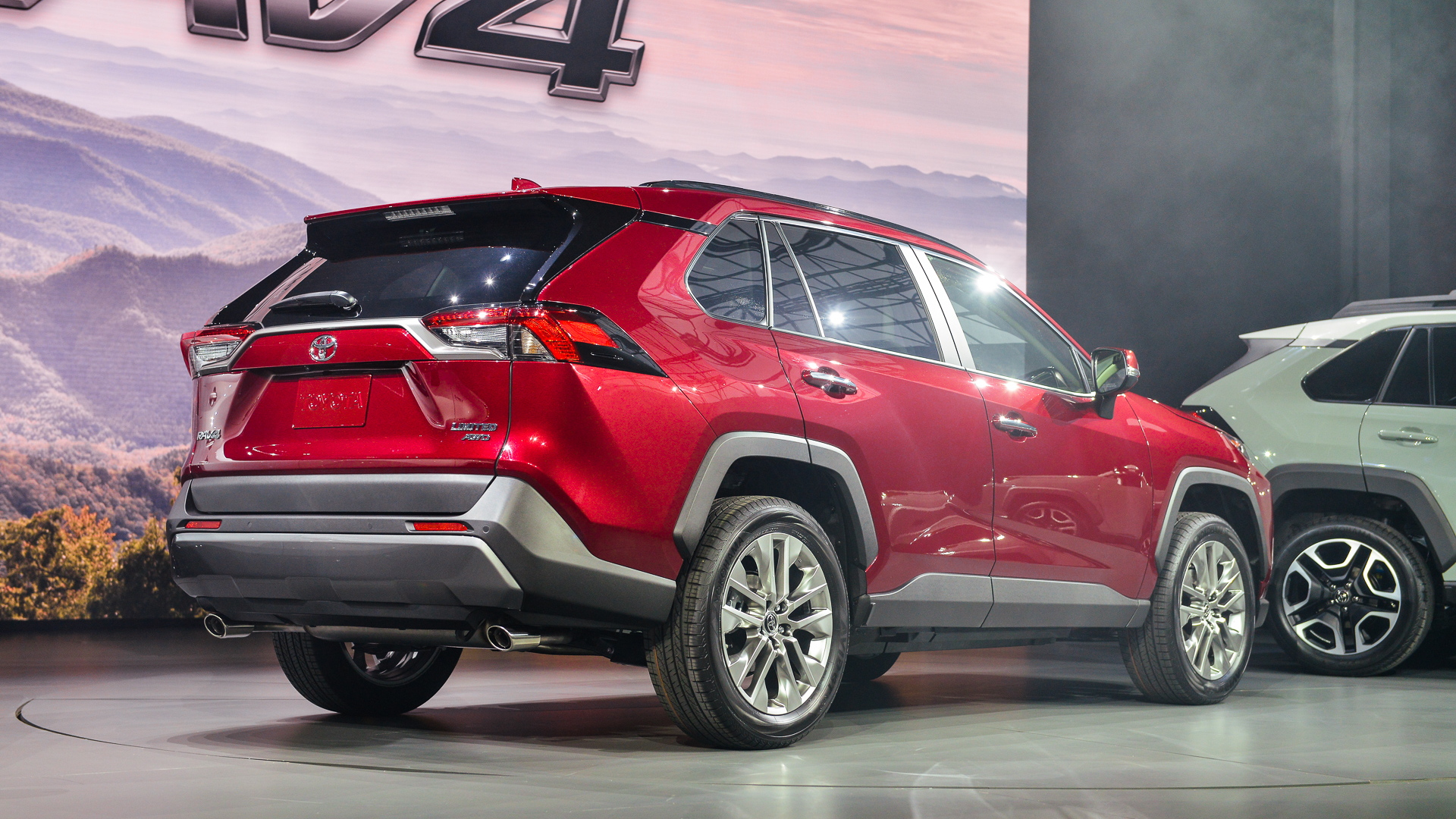 With buyers showing no signs of letup in their enthusiasm for crossovers of all sizes and shapes, the redesigned 2019 Toyota RAV4 couldn't be coming at a better time.

The company delivered more than 400,000 of the now-six-year-old RAV4 compact crossover, and more than 50,000 of those included a hybrid powertrain.

The gas-powered RAV4 is due in showrooms in a few months. Unlike its predecessor, which didn't add a hybrid version until several years into its run, the 2019 RAV4 Hybrid is being launched in the same model year as its gasoline-only counterparts.

The 2019 RAV4 will arrive late this year—Toyota is just saying "winter" for now—and the hybrid version will follow within a few months "in early 2019."

The new 2019 RAV4 is restyled, slightly sleeker, and comes with more standard and optional features than the model it supplants. Front-end styling draws from the aggressive look of the company's 4Runner off-road SUV.

The latest RAV4 is built on the company's Toyota New Global Architecture, as are the latest Prius, Camry, C-HR, and other models—meaning the hybrid battery can sit under the rear seat rather than below the load bay.

The RAV4 is slightly lower and wider, with a 1.2-inch longer wheelbase, though its overall dimensions are within half an inch of the old one all round.

The base engine is a 2.5-liter inline-4, and for the RAV4 Hybrid, that's adapted to run on the ultra-efficient Atkinson cycle and paired to the latest generation of Toyota's two-motor hybrid system, known as THS-II.

Under optimal circumstances, Toyota says the conventional engine can occasionally hit 40 percent thermal efficiency, while the hybrid version squeaks out 41 percent. That means that only 60 percent of the energy in the gasoline used is wasted as heat and noise.

As before, the gasoline-only versions use mechanical all-wheel drive while the RAV4 Hybrid eliminates the driveshaft to the rear wheels and substitutes an electric motor mounted transversely between the rear wheels to provide on-demand traction in back as well.

Unfortunately, Toyota provided no ratings of specifications for the new RAV4 in either version. What Toyota did say is that the RAV4 Hybrid will be the most powerful model in the lineup. The automaker hinted at about 200 horsepower for the gas version, with even more power for the RAV4 Hybrid.

The outgoing 2018 model is EPA-rated at 32 mpg combined, against 26 mpg combined for the most fuel-efficient version of the gasoline-only model.

Toyota says that the RAV4 Hybrid battery will again be a nickel-metal hydride unit stuffed under its rear seat.

For 2019, Toyota will offer the RAV4 Hybrid in no fewer than four trim levels, with the top-of-the-line XSE Hybrid offering both the most standard and optional features to make it what the company calls "the sportiest RAV4."

The Rogue offers a hybrid version; Honda is expected to add the CR-V hybrid now on sale in Europe and Asia to its U.S. lineup at some point; and Ford has promised a plug-in hybrid Escape in its next generation, in 2020 or later.

Chevrolet, on the other hand, is approaching small-SUV fuel efficiency by offering a 4-cylinder turbodiesel option instead.