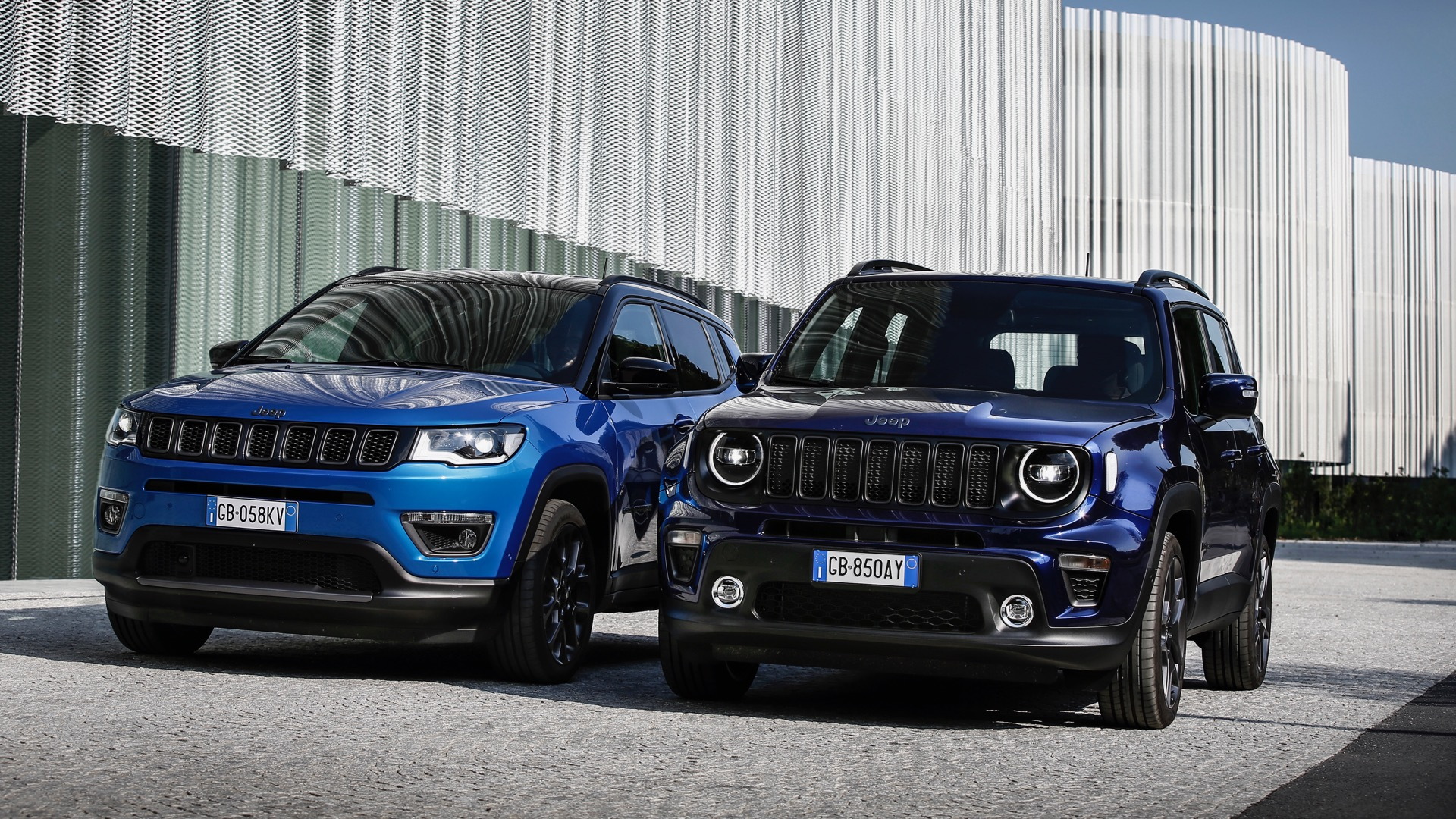 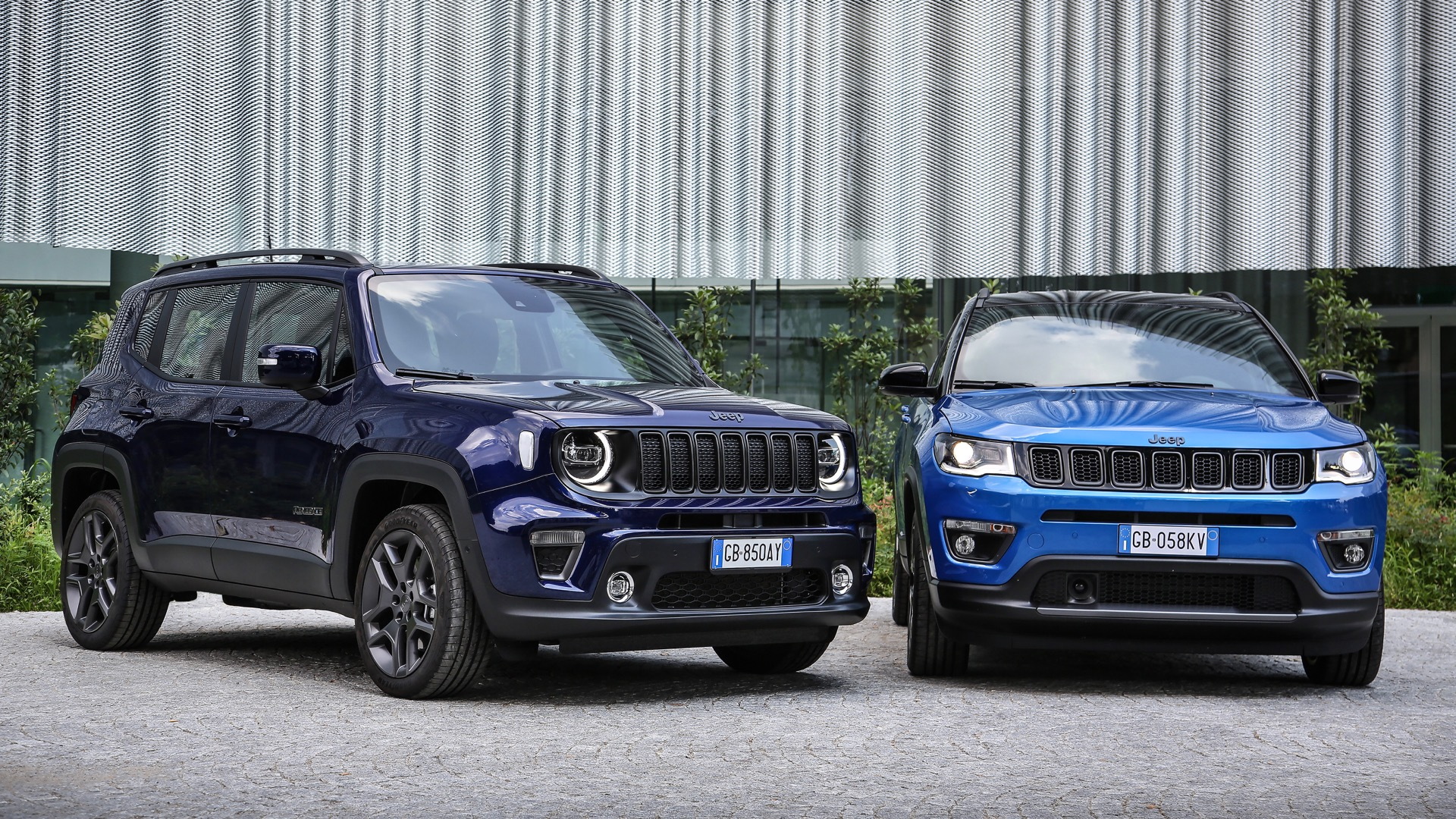 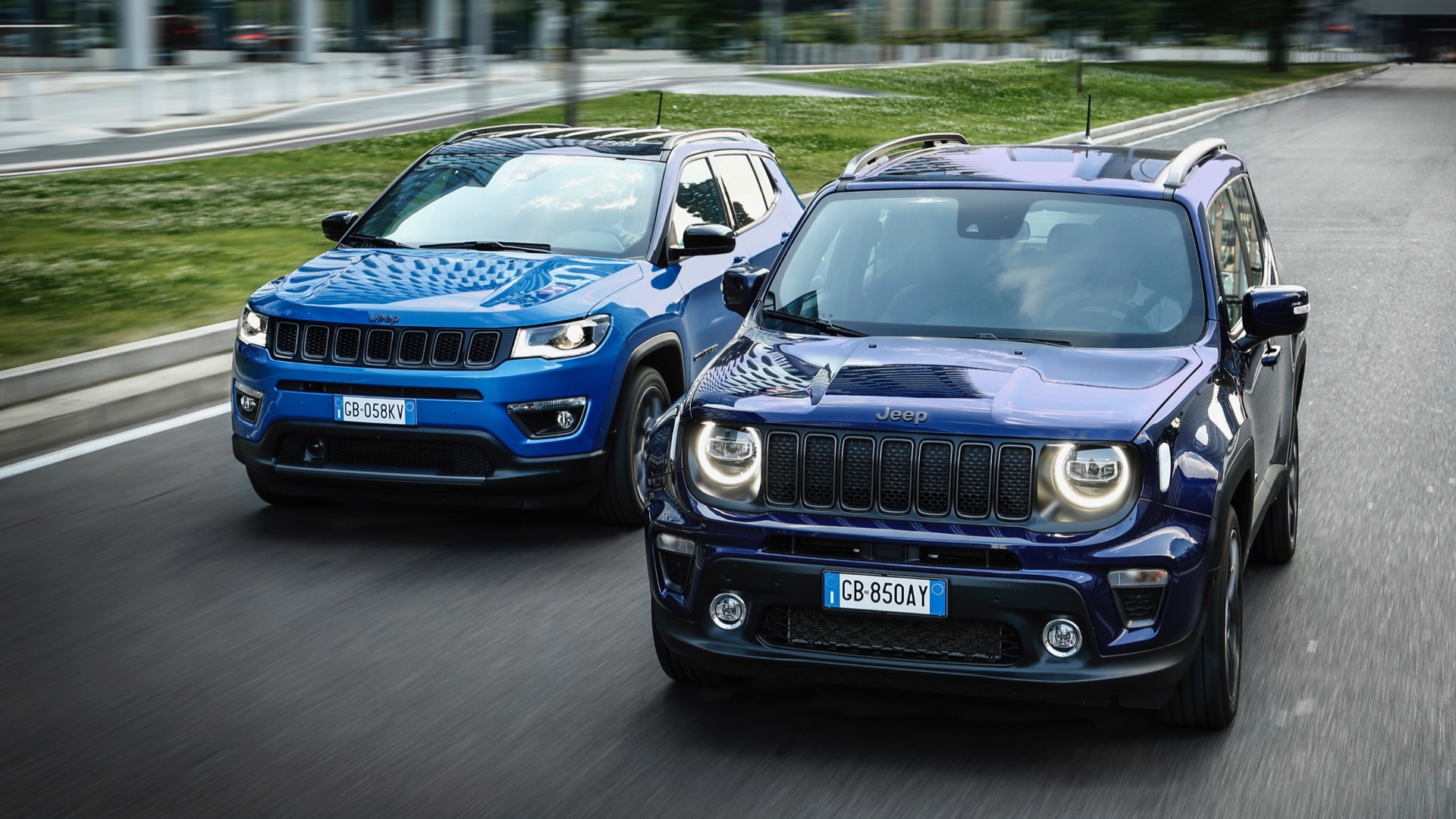 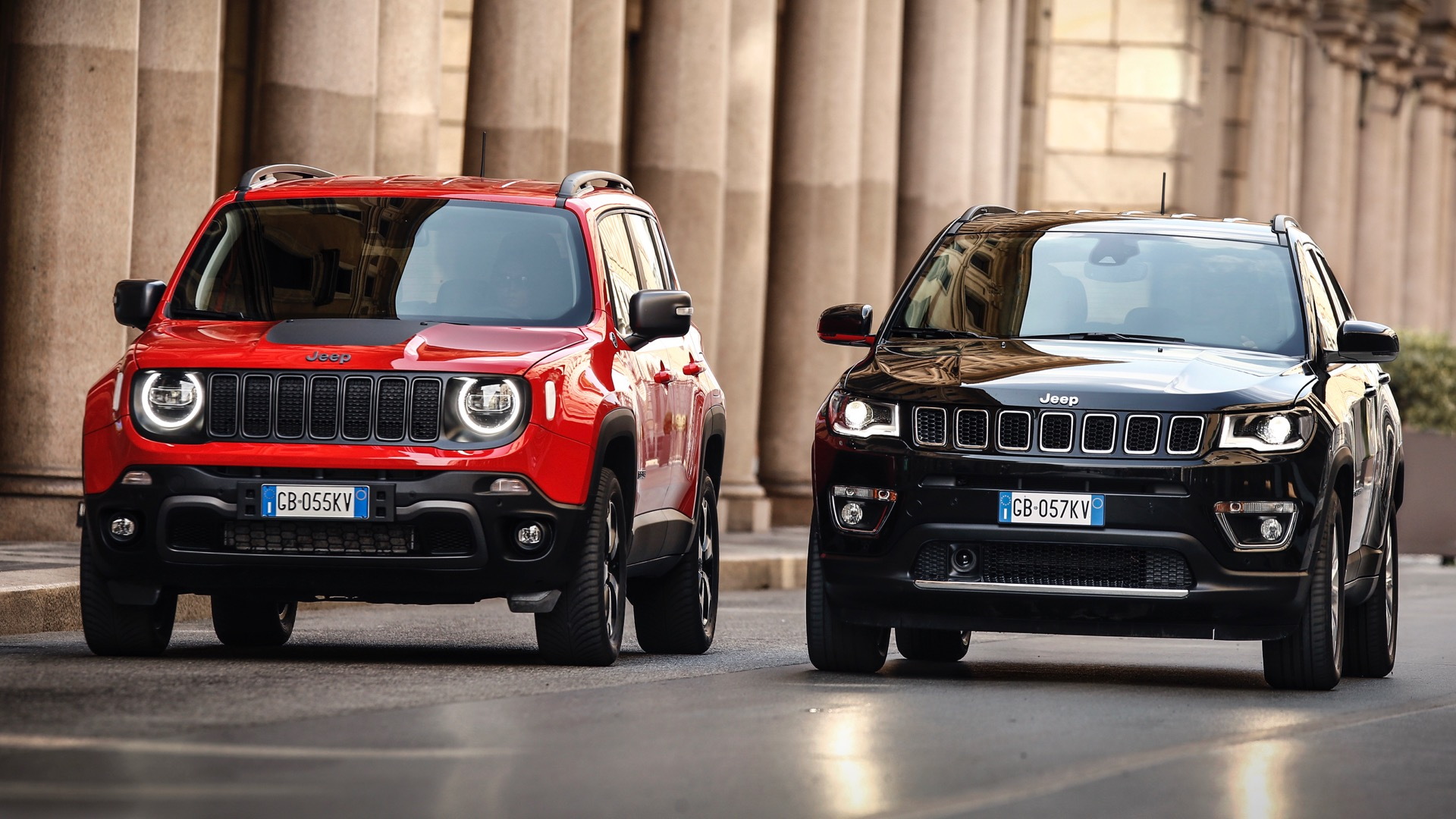 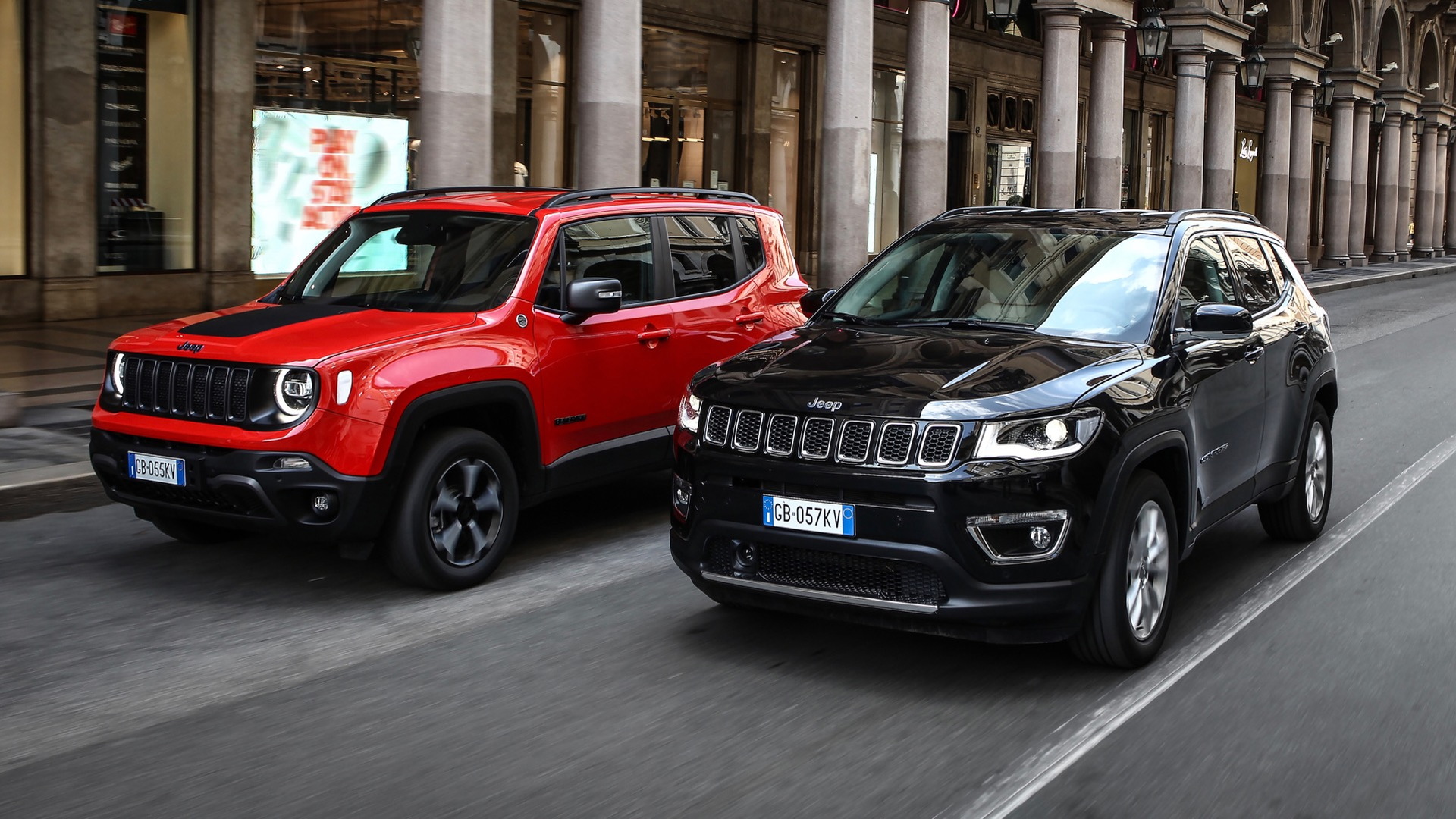 Jeep is launching 4xe plug-in hybrid versions of the Renegade and Compass in Europe, but both models are unlikely for the United States.

The Renegade and Compass share a powertrain consisting of a 1.3-liter turbocharged four-cylinder gasoline engine and 6-speed automatic transmission, working with two electric motors—one for each axle. The combination is good for 190 horsepower in Longitude and Limited trim levels, and 240 hp in the top Trailhawk trim level.

An 11.4-kilowatt-hour battery pack mounted under the rear seats gives the Renegade 4xe 26 miles of electric range, as measured on the European WLTP testing cycle. That's a bit less than the 31 miles Jeep quoted when the 4xe models were unveiled at the 2019 Geneva Motor Show.

The Renegade's top speed in electric mode is 81 mph, but it can hit 124 mph in hybrid mode, according to Jeep. The crossover can accomplish a full charge from a standard European household outlet in five hours at 2.3 kilowatts, Jeep said. The automaker will also sell a home-charging station, allowing for charging at 7.4 kw and reducing the charging time to less than two hours.

Both models also get an "Intense eCoasting" mode that dials up the amount of regenerative braking when both the throttle and brake pedal are released. 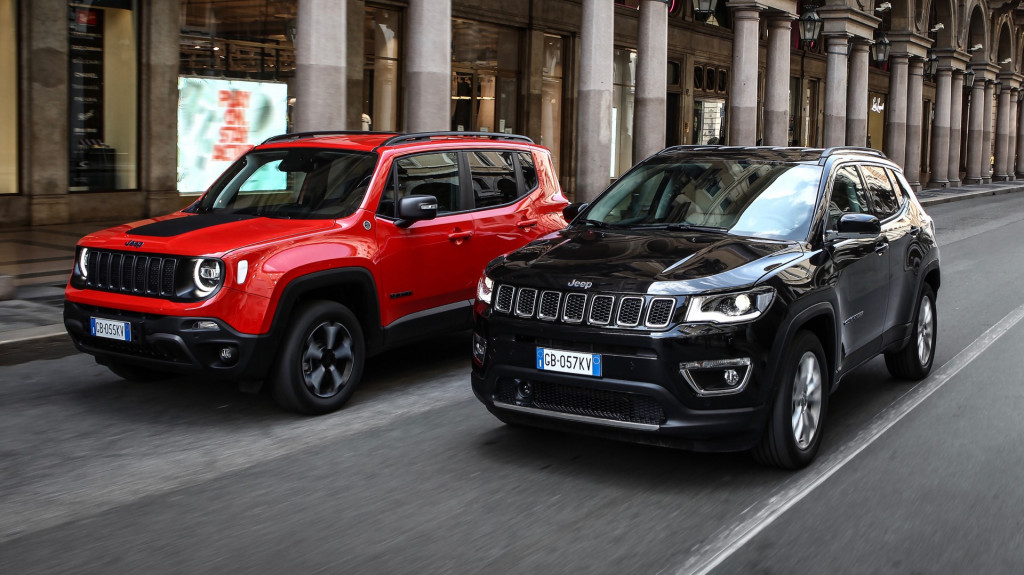 The Renegade and Compass are among the only small crossovers to offer any true off-road capability, and Jeep sought to preserve that with the 4xe models. Jeep actually expects better off-road performance because the plug-in hybrids have more torque than their European-market diesel counterparts. The dual-motor setup also eliminates the need for an easily-damaged rear prop shaft, and allows power distribution to be more precisely controlled, Jeep noted.

The plug-in hybrids get the Selec-Terrain system used in other Jeep models, which adjusts various vehicle parameters for different surfaces, including, snow, sand, and mud. Trailhawk models get a rock-crawling mode as well. A four-wheel drive lock option is included as well, as well as a drive mode that simulates the low-range operation of mechanical four-wheel drive systems.

Jeep presented the Renegade and Compass 4xe models at the 2020 Consumer Electronics Show, but didn't commit to their arrival in the U.S.

However, a Wrangler 4xe plug-in hybrid is due to launch in the U.S. later this year.

Fully electric Jeeps are on the way, too, and some at the brand say that they will be more capable than gas or diesel off-roaders.