Looking back at last week's Los Angeles auto show media days, one new vehicle sucked up a disproportionate amount of attention and airtime.

That would be the new 2018 Jeep Wrangler, a once-in-a-decade redesign of the iconic off-roader that's the linchpin of the Jeep brand image worldwide.

While the new Wrangler itself had long been expected—and seen in dozens of spy photos leading up to the reveal—the announcement came with a surprise.

DON'T MISS: Turbo-4 to boost fuel economy in next Jeep Wrangler (May 2016)

That was the announcement that the Wrangler would be offered with a plug-in hybrid powertrain in a future model year.

That's a separate hybrid system, mind you, from the 48-volt mild hybrid enhance start-stop system FCA has already detailed as part of the 2.0-liter turbo-4 engine option for the 2018 Wrangler.

A plug-in hybrid powertrain would be the first production Jeep offered with a plug, after a couple of different concept vehicles shown a decade ago. 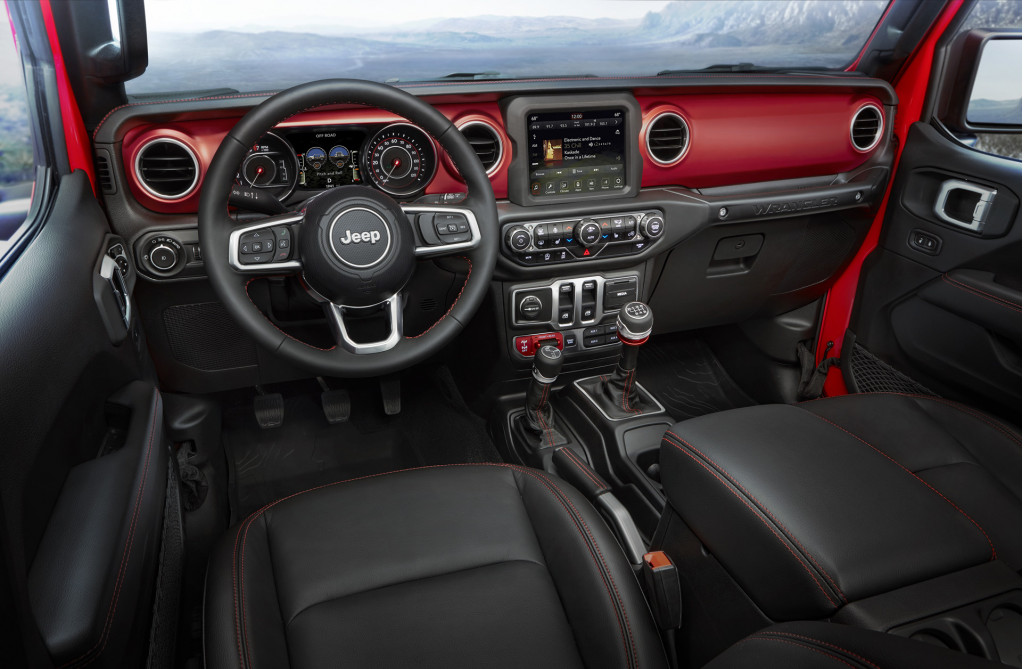 The Jeep powertrain will use a version of Fiat Chrysler's in-house two-motor hybrid system now in production in the Chrysler Pacifica Hybrid minivan.

That vehicle uses a specially-tuned 3.6-liter V-6 paired to the hybrid system, mounted transversely, and driving the front wheels.

A plug-in hybrid Wrangler, however, would have to use a longitudinally mounted engine and offer four-wheel drive, which leads to some packaging questions.

READ THIS: Jeep Wrangler Diesel To Come Well Before Wrangler Hybrid (May 2016)

Those questions include where and how the largish battery pack would be mounted.

It could certainly go between the frame rails, but would that interfere with the rear driveshaft? If so, could Jeep actually be considering an electric motor to power the rear axle rather than mechanical 4WD?

FCA gave almost no details beyond announcing the future plug-in powertrain, but such a system was part of the planning from the start of the project to replace the Wrangler. 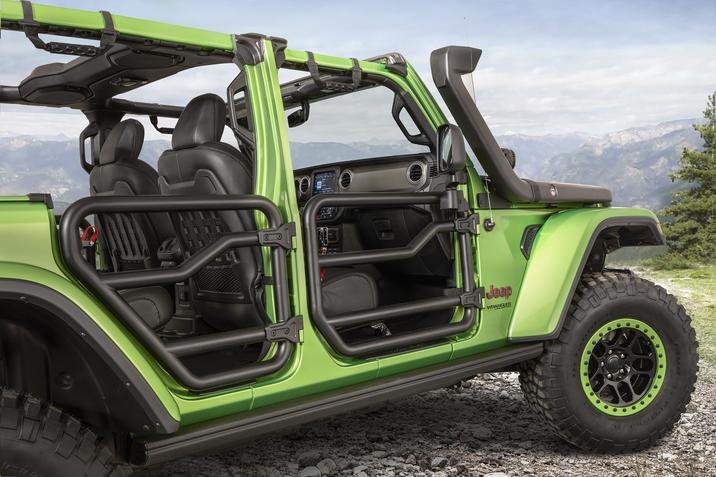 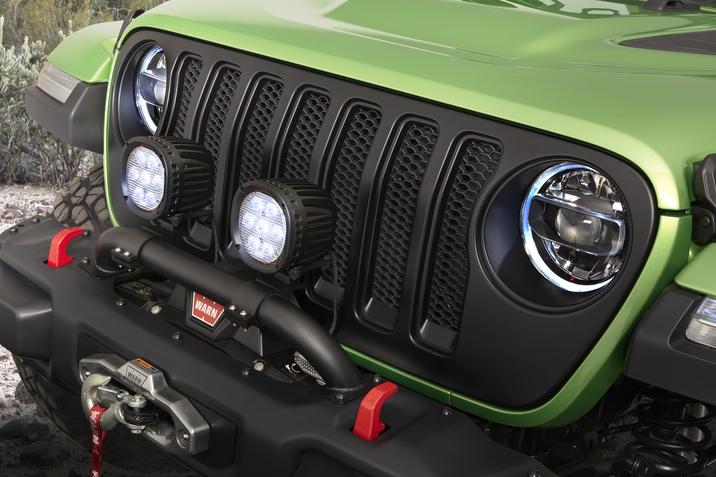 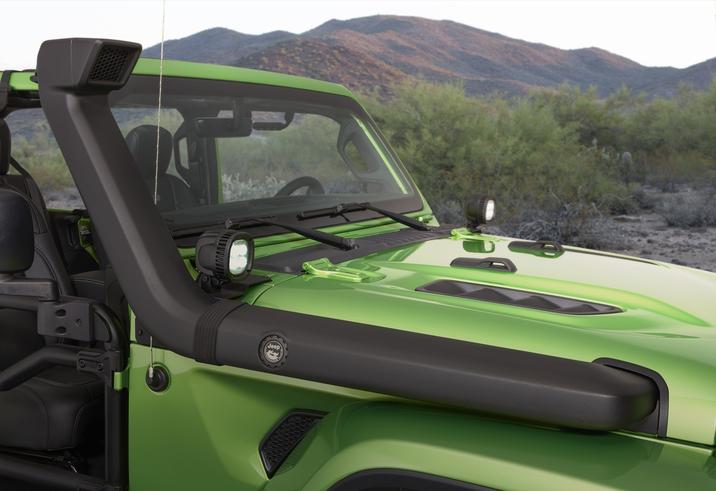 That's according to Jeep CEO Michael Manley, who spoke to Motor Authority after last week's launch.

“Electrification was always on the books for Jeep," he said. "It was inevitable."

He added that the development team wanted to make sure from the start that the new Wrangler was "future-proofed"—and, remember, this is a vehicle that will last into the late 2020s.

Manley wouldn’t discuss many details about the plug-in hybrid to us during our interview, including battery size, placement, and basics about the four-wheel-drive system, but when asked if adding batteries to the off-roader would present problems in packaging, he answered quickly:

“There are (problems) if you don’t think about things in advance—for sure. Packaging the batteries are very, very important, not just because you want to make sure that they’re not intrusive to the consumer space,” he said.

The plug-in hybrid powertrain is one of four confirmed for the latest "JL" Jeep Wrangler. 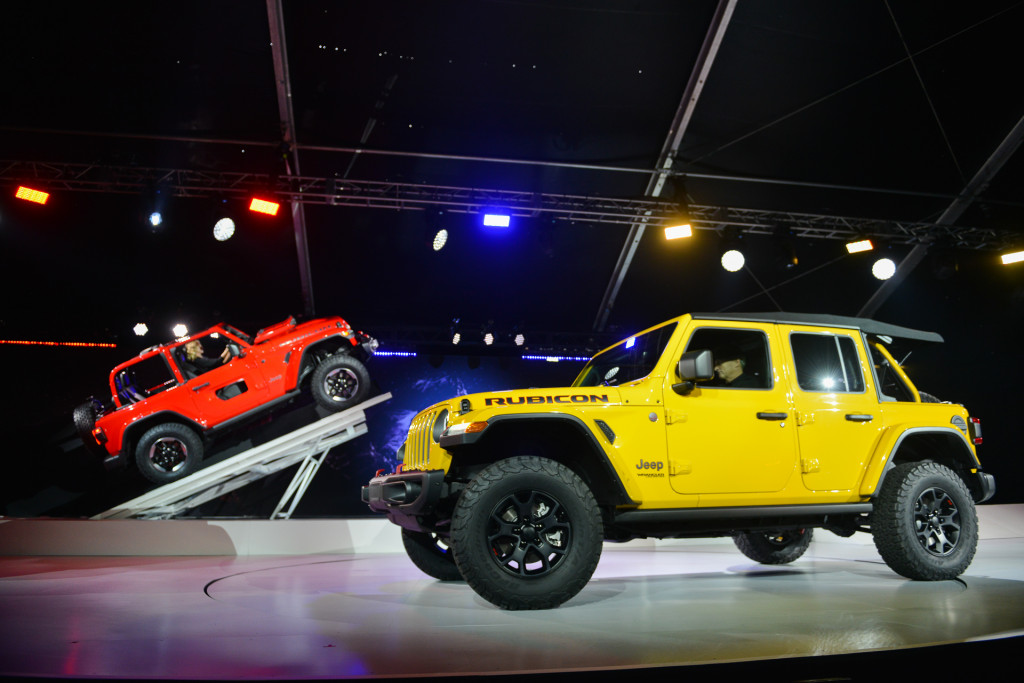 The others are the 2.0-liter turbo-4 with mild hybrid, a 3.6-liter V-6, and a 3.0-liter turbodiesel V-6 similar to that used in the Jeep Grand Cherokee EcoDiesel SUV.

Manley underscored the importance of keeping Jeep up to date in an era of fast-changing auto technology, while using electric power to enhance the capabilities buyers value.

“It’s important for Jeep to continue to be relevant and compliant," he told Motor Authority.

"When I think about electrification, if we use it properly," he added, "it can enhance the capability."