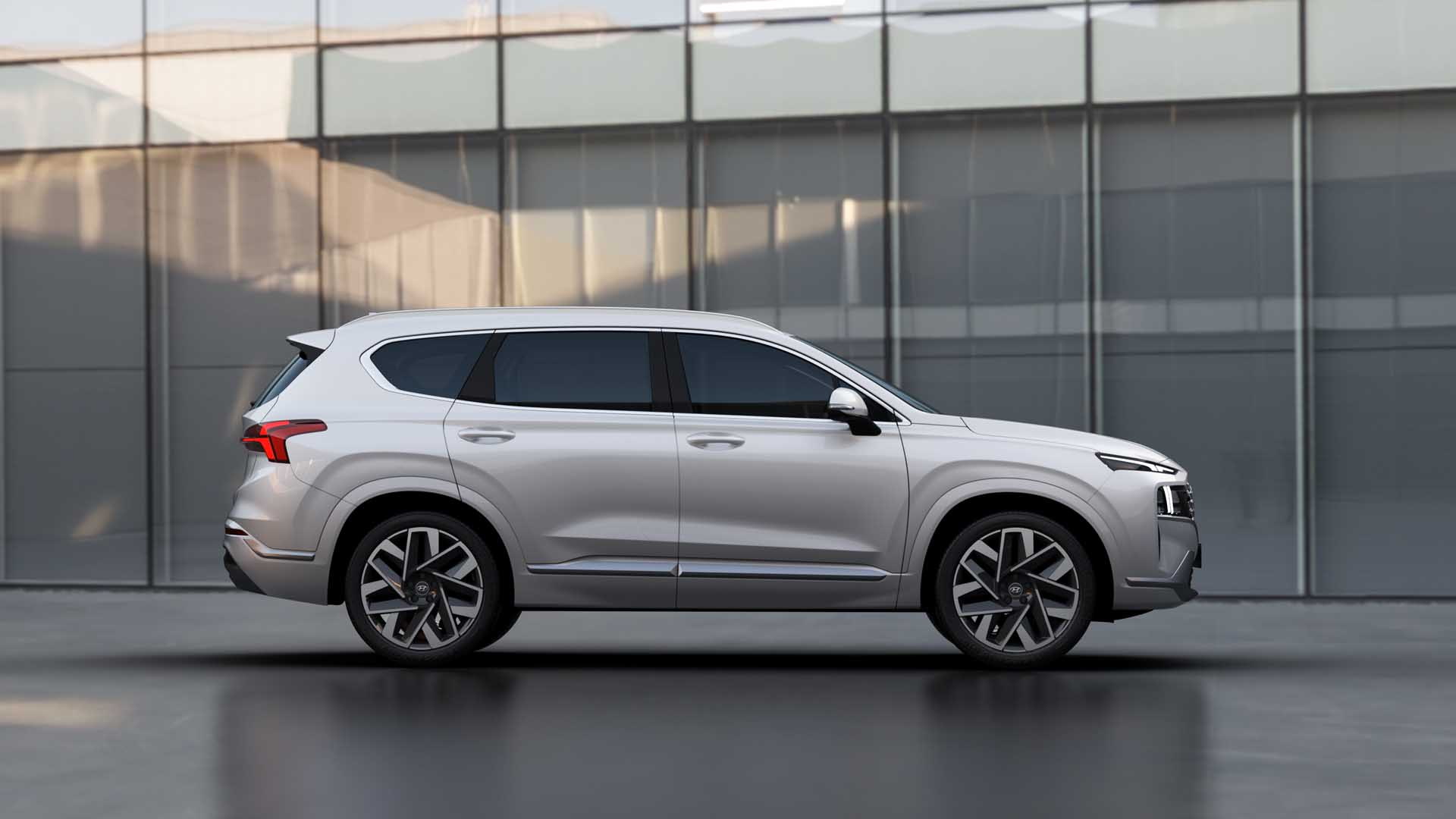 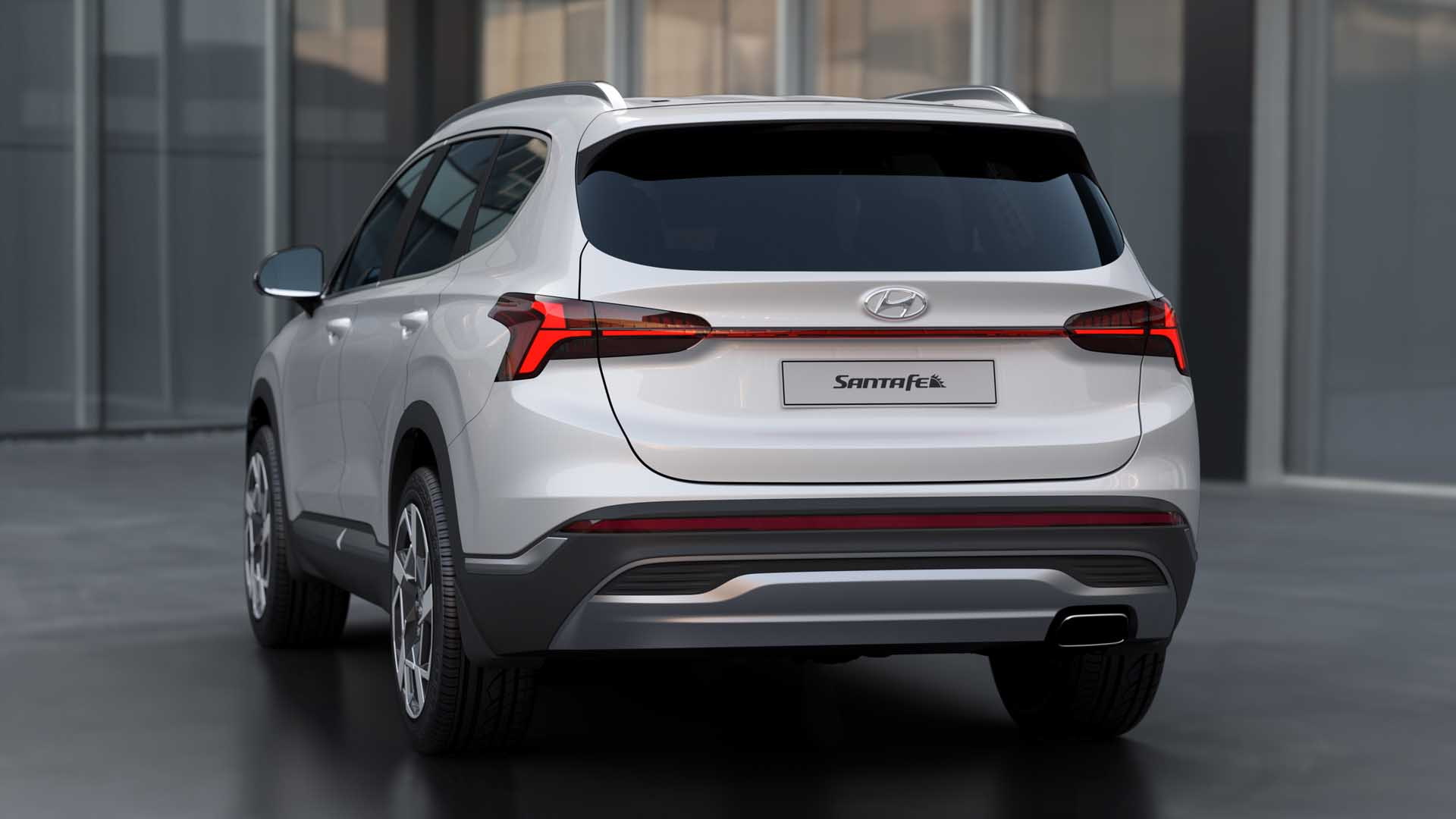 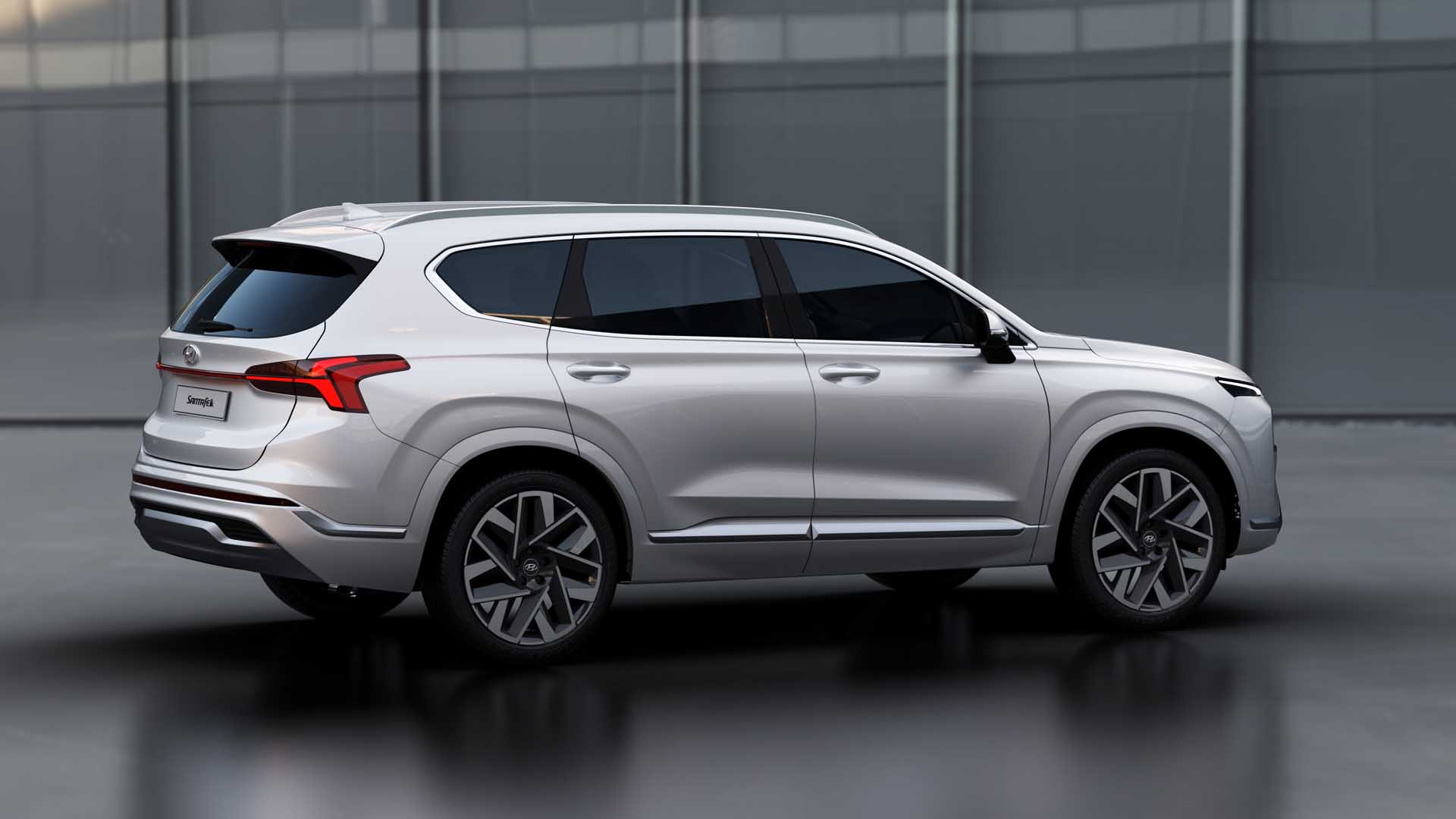 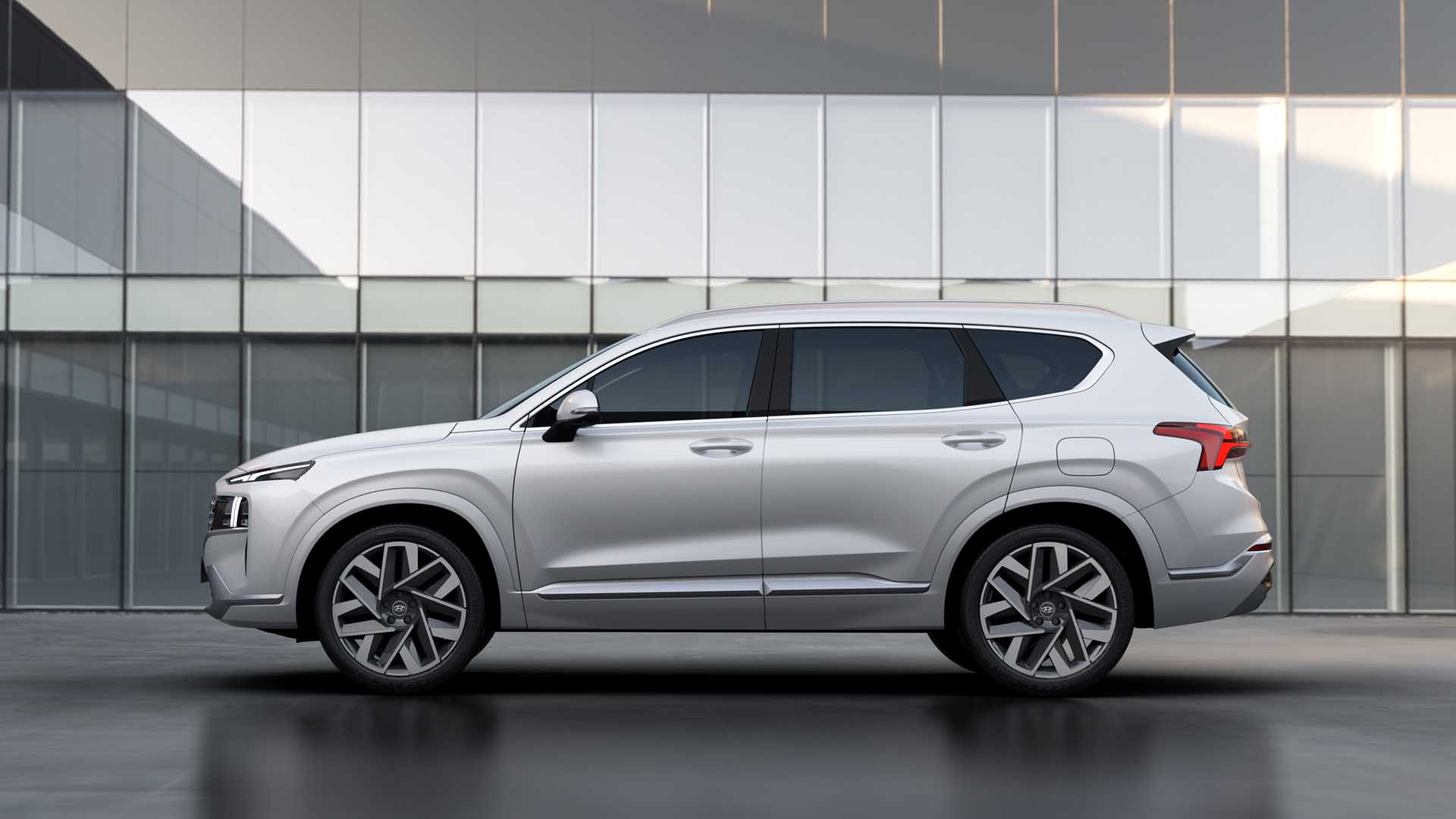 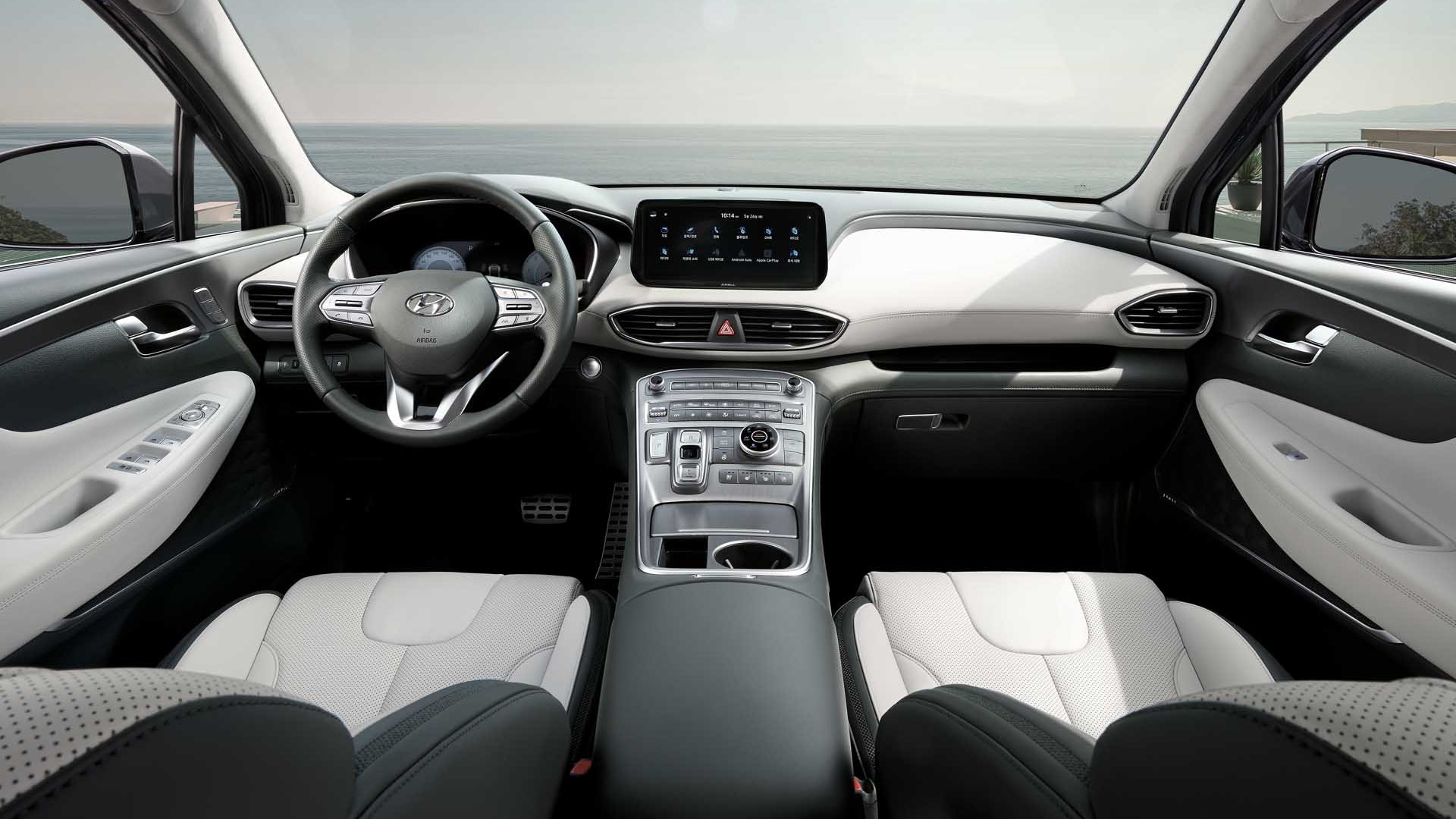 The next-generation Hyundai Santa Fe crossover will be offered with hybrid and plug-in hybrid powertrains in Europe.

Hyundai has not confirmed either of them for the United States, but the plug-in hybrid seems likely to be the larger SUV that Green Car Reports was tipped would fit into the automaker's lineup for the U.S. later this year instead of the Sonata Plug-In Hybrid.

At present, Hyundai Motor America had no response to the possibility of the Santa Fe Plug-In Hybrid as an addition to the U.S. lineup.

The related 2021 Kia Sorento was confirmed to get both hybrid and plug-in hybrid powertrains in March. Kia Motors America hasn't confirmed either electrified powertrain for the U.S., but hasn't denied the possibility.

Full technical details will be revealed closer to launch, but the Santa Fe could borrow powertrains from the similarly-sized Sorento. That would mean a hybrid model with a 1.6-liter turbocharged 4-cylinder engine and 6-speed automatic transmission, working with an electric motor and 1.49-kilowatt-hour lithium-ion battery pack, with total system output of 226 horsepower and 258 pound-feet of torque.

Kia has not released specifications for the 2021 Sorento plug-in hybrid, but if the automaker (and parent Hyunda) follows previous practices, it will likely feature the same basic powertrain layout as the hybrid, with a bigger battery pack.

Meanwhile, the only Hyundai plug-in hybrid currently sold in the U.S. is the Ioniq hatchback, with an EPA-rated 119 MPGe combined and 29 miles of electric range. The Ioniq is also sold with hybrid and all-electric powertrains.