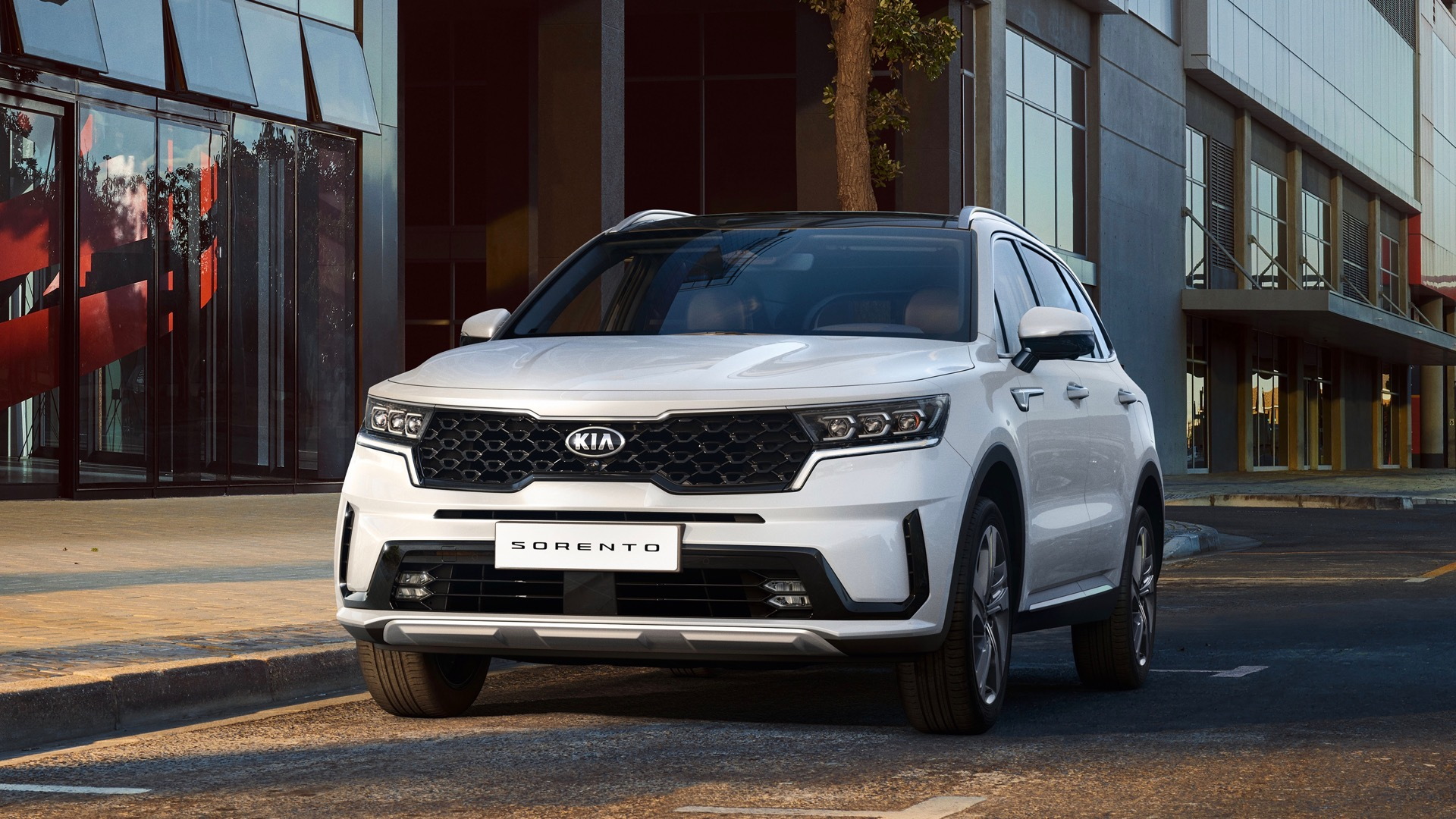 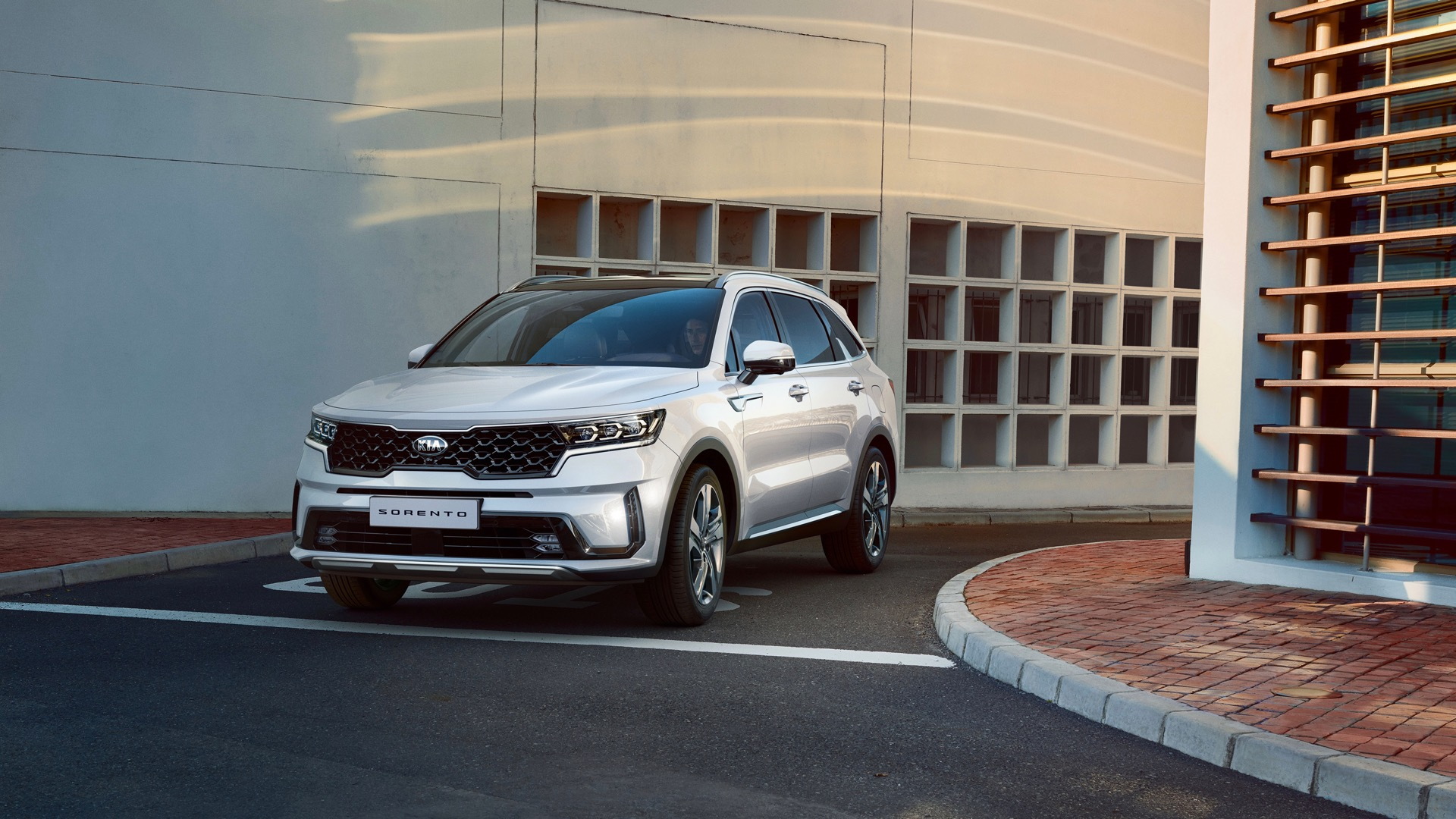 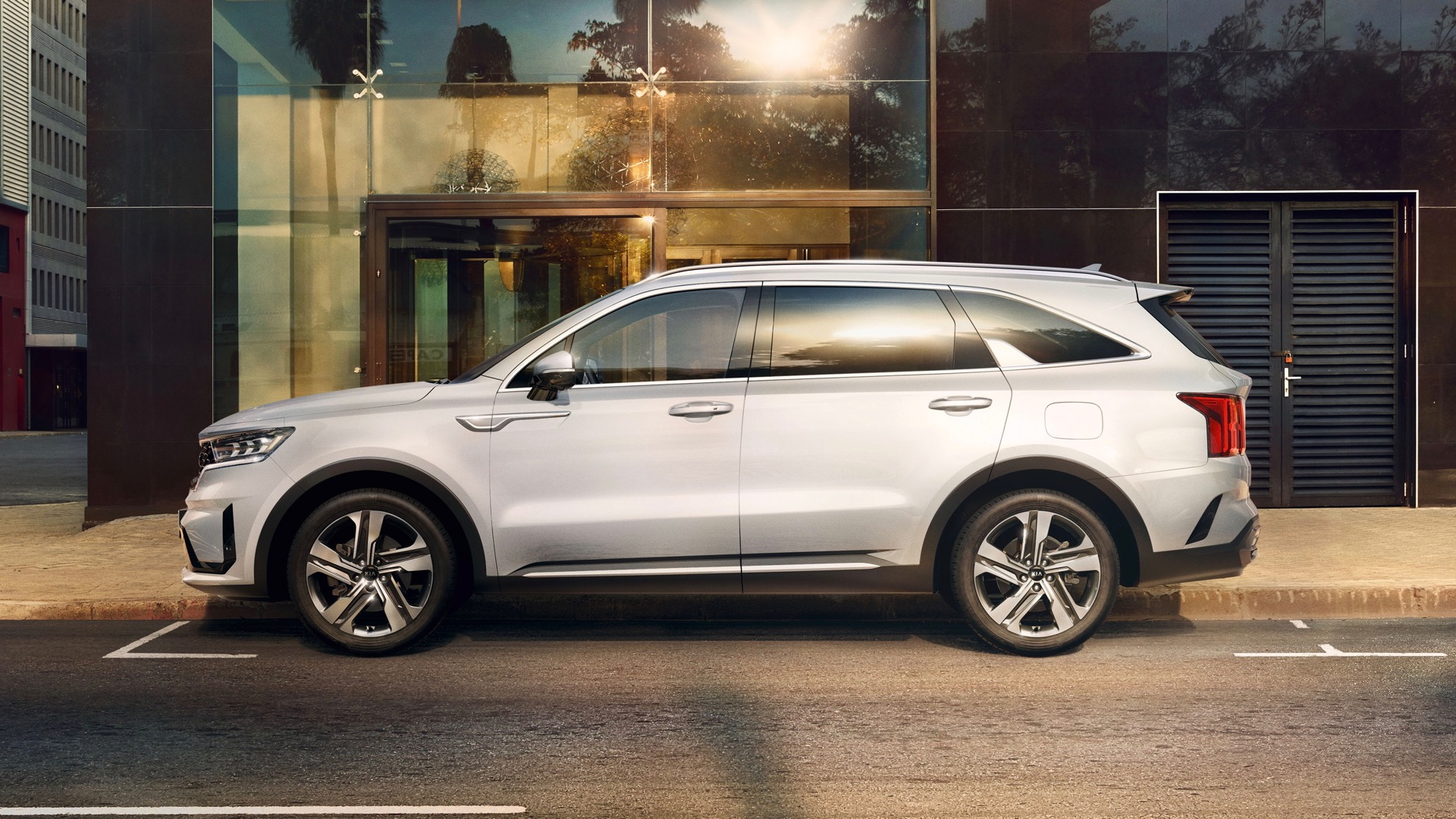 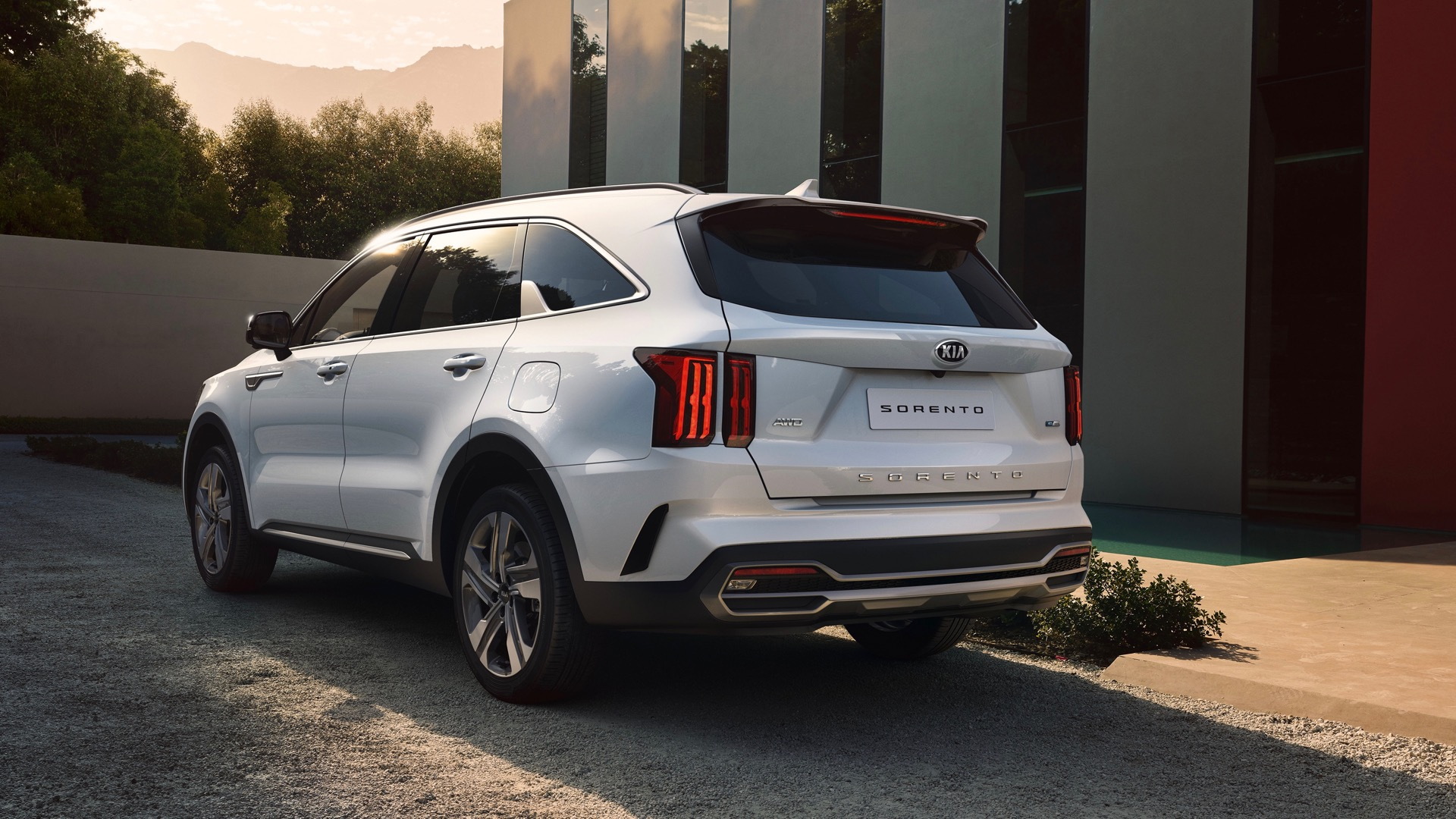 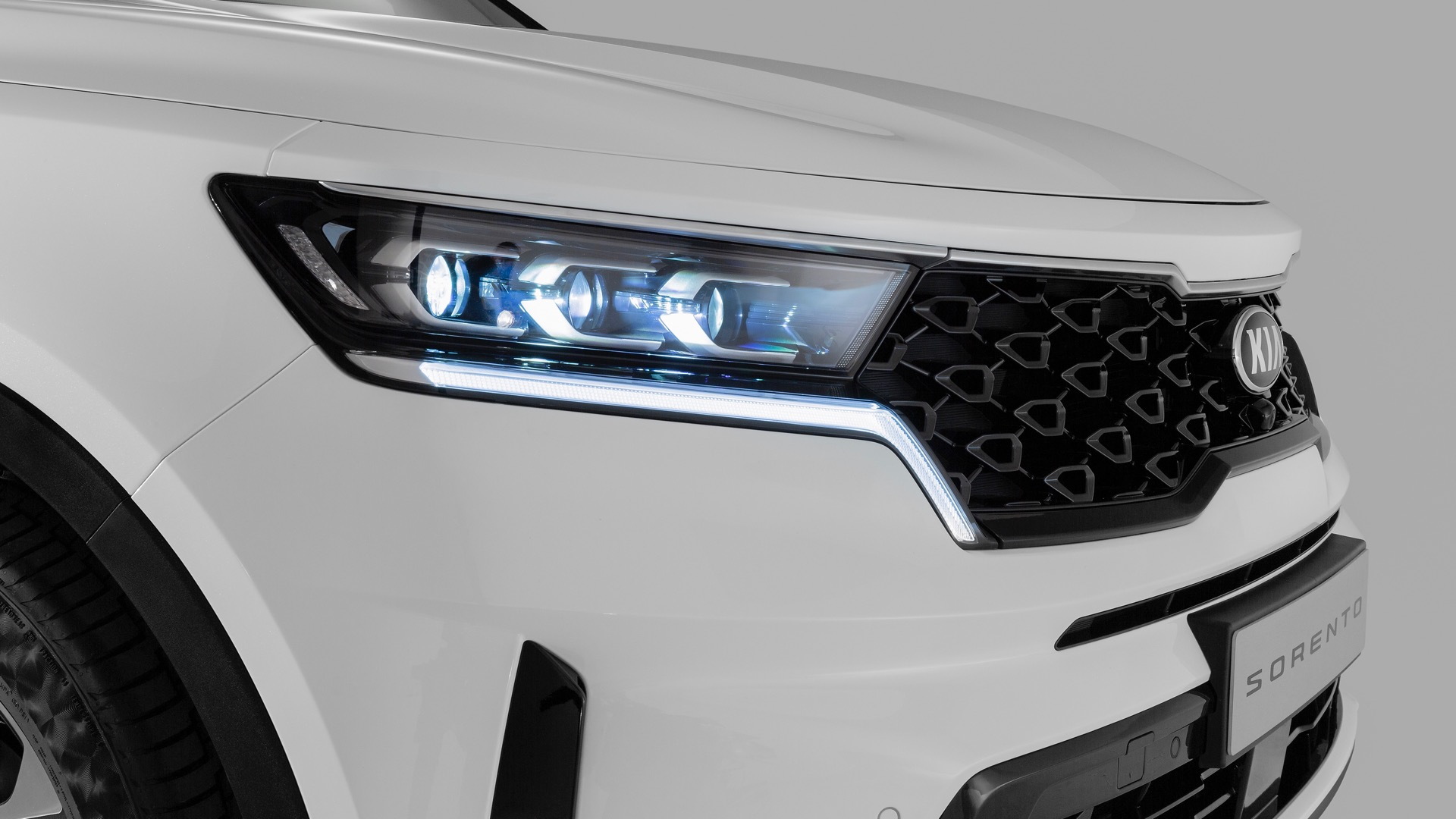 Although Kia previously provided a look at the next-generation Sorento crossover, it released new details on the vehicle that will make it more of interest to efficiency-focused shoppers.

The 2021 Kia Sorento could get hybrid and plug-in hybrid variants, marking the first time electrified powertrains have been offered in Kia's midsize crossover.

Both hybrid and plug-in hybrid powertrains will be available in some markets, but Kia hasn't confirmed them for the United States. Kia Motors America couldn't yet confirm to Green Car Reports which versions of the Sorento we'll see here, but they didn't deny the possibility.

The gasoline engine has the Continuously Variable Valve Duration (CVVD) feature developed by Kia and parent Hyundai—already deployed it on the 2020 Sonata midsize sedan.

While many modern engines feature variable valve timing, which controls when valves open and close, CVVD also provides precise control of how long valves stay open. This helps boost fuel economy, as well as low- and mid-range acceleration, according to Kia.

Total system output for the hybrid powertrain is 226 horsepower and 258 pound-feet of torque.

Kia did not provide details on the plug-in hybrid model. Based on its strategies for previous plug-in hybrids, it will likely feature the same basic powertrain layout as the hybrid but with a larger battery pack.

That's the case with the current Kia Niro, which is available with hybrid, plug-in hybrid, and all-electric powertrains, as well as the Optima Hybrid and Plug-In Hybrid sedans. The Optima Plug-In Hybrid is likely to be discontinued alongside its Hyundai Sonata Plug-In Hybrid platform mate.

But Hyundai and Kia have indicated they will remain committed to electrified vehicles—including plug-in hybrids. Kia has said it hopes to sell a million "eco-friendly vehicles" annually by 2025.

We'd place our bets on the Sorento plug-in hybrid coming to the U.S. A crossover is likely an easier sell than a sedan like the Optima in this moment.

However the U.S.-spec Sorento could differ somewhat from the version currently being shown, which is designated for other markets. As with the current-generation U.S.-market Sorento, the 2021 model will likely be built at Kia's West Point, Georgia, factory.

The Sorento hybrid and plug-in hybrid will launch in Europe in late 2020, but Kia has not discussed a U.S. launch date. Fuel economy estimates will be published closer to the crossover's arrival at dealerships.

Kia is also expected to bring the second-generation Soul EV to the U.S. in 2021 after a two-year delay, and launch a new flagship electric car around the same time.