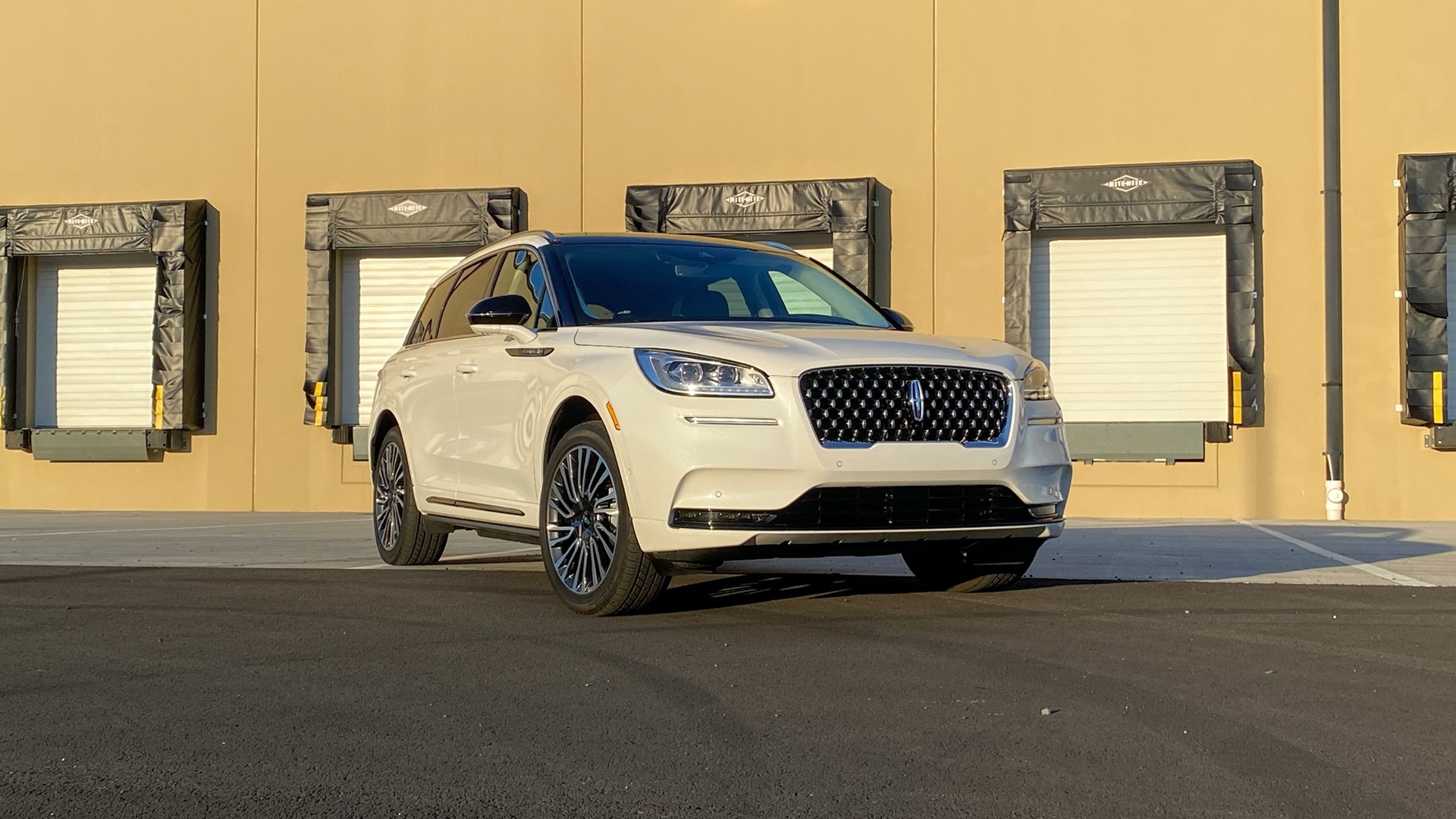 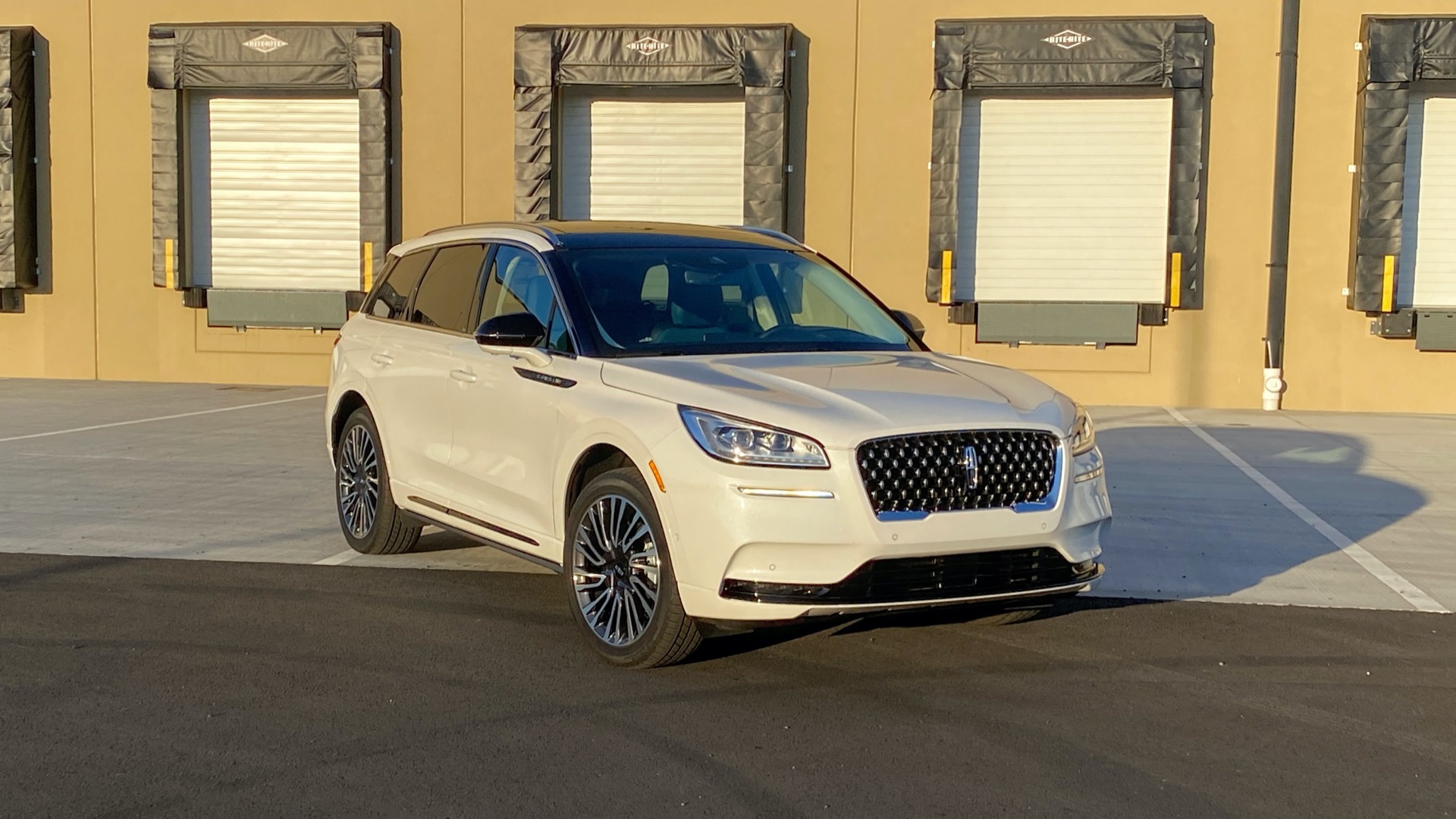 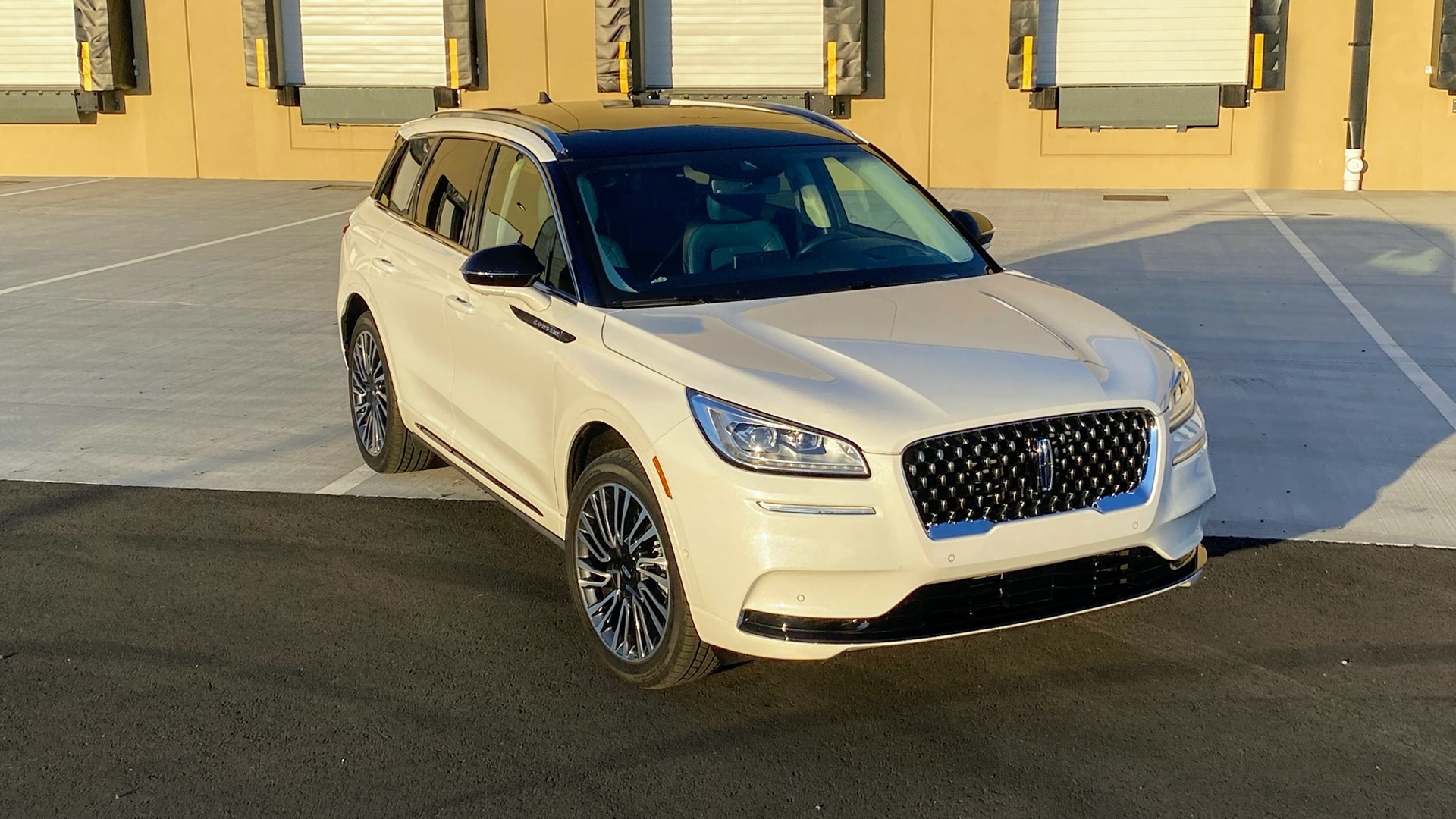 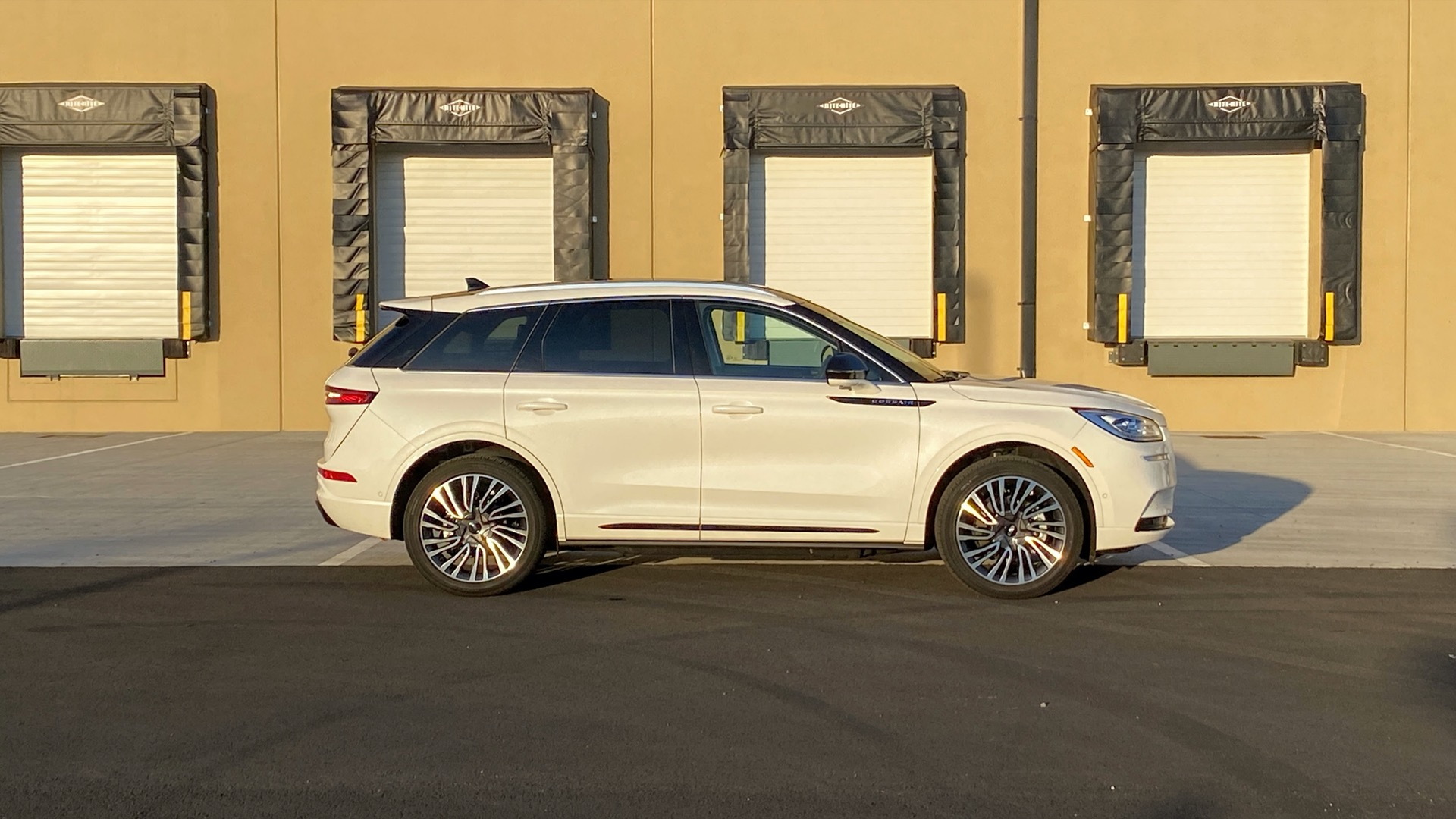 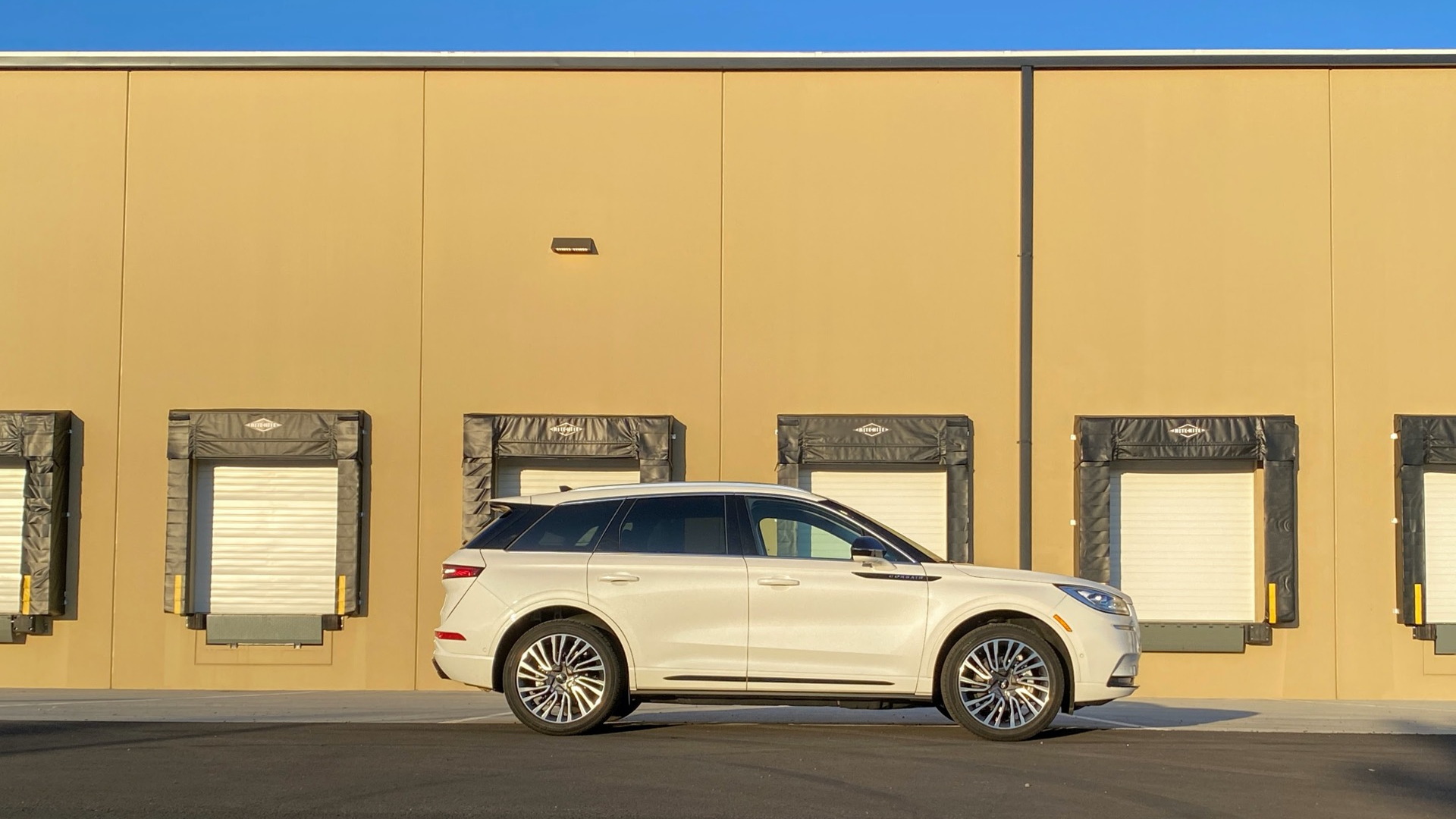 The brand best known for Town Cars and Continentals has entered the plug-in age with those models’ hallmarks—like a hushed, conservative approach.

The compact Corsair SUV bears Lincoln’s under-the-radar Grand Touring badging to softly signal it’s the top-tech, top-lux plug-in hybrid version. And in a recent, long-awaited week spent with the Corsair Grand Touring—a 2021 model, now replaced at dealerships by the 2022—I found that like its badging, its approach to embracing the electric side is far from overt.

That said, the first fully electric models from Lincoln are due soon, and parent Ford has a chance to completely remake the brand with several EVs arriving mid-decade. And with this context, the understated approach to the Corsair Grand Touring’s plug-in side feels like a lost opportunity.

For those who want a vehicle that offers good plug-in electric range and great gas mileage the rest of the time, without sci-fi overtones or design gimmickry, the Corsair Grand Touring might be a great pick. It embraces the electric side cautiously and conservatively, without a lot of bluster, and there’s a lot to like here.

Those who like a bolder electric-vehicle feel and predictability about how to access it will be frustrated with this vehicle, though. I’ll get to why.

But first, all the hybrid pieces perform well. The Corsair Grand Touring is powered by a 165-hp, 2.5-liter Atkinson-cycle inline-4, as part of Ford’s familiar planetary-gear hybrid system (think Maverick and Escape, and former C-Max and Fusion), which includes an electric motor and functions a bit like a CVT. But it steps that up and adds all-wheel drive with a motor delivering 67 hp and 110 lb-ft of torque exclusively to the rear wheels.

That makes a combined 266 hp—versus 209 hp in the Escape PHEV or 200 hp in the Escape Hybrid—amounting to a 0-60 mph time of about 7.0 seconds. Without a plug-in charge, it’s a very pleasant-driving combination. Road noise is minimal, as is wind noise, and there’s a soft ambience to the whole cabin. When the coarse-sounding gas engine starts, it’s the only time things are momentarily uncouth in the cabin, but with lots of sound insulation, it settles into a distant hum unless you’re accelerating hard.

Don’t expect a sporty ride or handling here. The Corsair soaks up all but the biggest bumps, although there are lots of damped secondary motions (think soft, springy mattress). The plush ride and body lean in corners make the light steering feel a little sloppy around center, although once you load it up on a curvy road it’s satisfying and precise. Overall drivability is great, and so is the blending of regenerative braking and the friction pads, allowing precise stops.

The Corsair Grand Touring delivers big on efficiency and all-electric miles. I saw more of both than the EPA ratings indicate—albeit during best-case-scenario warm spring weather in the 60s and low 70s.

As a hybrid, the Grand Touring delivers much better than its 33-mpg EPA combined rating suggests. I ran the Corsair through what I’d call a high-speed commuter loop—some surface streets, but mainly freeways at 60-70 mph, and averaged 37 mpg.

To see how good it gets without a charge, I ran the Corsair Grand Touring through a 53-mile loop I use for a lot of hybrid models—running from 300 feet altitude up to about 1,000 feet and back, with an about equal mix of freeways, rolling country roads, and 40-mph boulevards. The resulting average was 41 mpg—not as good as the 46 mpg I saw in the Escape PHEV, but with AWD and without all the Escape’s tradeoffs for cabin noise, ride, and handling.

And we thought Lincolns were easy

But the Grand Touring is a plug-in—with a 14.4-kwh battery pack that charges up in about three hours. And we have to assume that buyers who invest in the extra cost and extra few hundred pounds of weight are going to be very interested in plugging in—perhaps because they’d rather have an EV but can’t quite commit to the idea of mapping out chargers on weekend road trips.

This is where I found the Corsair Grand Touring frustrating, verging on maddening—in some of the same ways that I encountered the Escape Plug-In Hybrid. It is very eager to start the gasoline engine, even when you have a charge. And so it’s not a straightforward recommendation for those buyers who simply want to save their tailpipe emissions for weekend road trips.

First, it takes a little game mentality to tap into all the plug-in functionality—which feels un-Lincoln in itself. If you plan to get the most from the Corsair GT’s plug-in hybrid functionality, you’ll be getting very familiar with the drive mode selector. Through it you can choose between Normal, Pure EV, Preserve EV, Excite, and Slippery.

Surprisingly, each time you start the Corsair PHEV—even if you have available plug-in charge—it defaults to Normal, which will prioritize electric-only operation when there’s charge but start the engine if you want to accelerate with the pace of brisk traffic, not emphasizing it as much as Pure EV. We couldn’t see any way of circumventing this, and the owner’s manual dismisses the possibility: “This is the default mode after each ignition cycle.”

In Pure EV, if you press the accelerator pedal to the floor (or very close to it, as we observed), a pop-up appears asking you to press OK on the steering wheel to start the engine.

While that part is straightforward, Pure EV isn’t so pure-electric either—oddly, less so when you have a full charge. I live on a slight uphill from most places I’d drive to, and heading out gently with a full charge, the Corsair PHEV kept starting the engine, invariably—”Engine Enabled for System Performance”—due to an issue in which it doesn’t trust the friction pads alone without engine braking. So I learned a workaround whenever my charge was near full. I’d drive to where the hill got steeper, shift to neutral, and then coast down to that stop sign.

I saw other temperature limitations that would start the engine in the Escape PHEV—acknowledged in the Corsair’s owner’s manual, too, for defrost function in particular.

The nanny state of plug-ins

By the end of my week I felt like I was still learning odd situational reasons that would start the engine, each with a different workaround. One of my driving routes includes a 1.5-mile long grade of nearly 10%. While climbing that easily in electric mode at 35 mph or so with the accelerator about halfway, I got a different engine-start reason: ”Engine Temporarily Available.” This one would climb the hill quietly provided the climate control was off.

Owning and driving a plug-in hybrid becomes a strange game in which you have a vehicle that operates within a ruleset you don’t entirely have access to. And unlike a hybrid, which makes long-game efficiency choices about what will use the least gasoline, the car neither knows how often you can plug in nor allows you root-level control.

If I want to, for instance, go 10 miles to a nursery on plug-in power to go pick up some tomato starts, I know better—that electric is more efficient, and that I can complete the trip all-electric.

It took a lot of prefacing to get here: Manage all these workarounds, and the Corsair will go a respectable distance all-electric and in fair weather cover most of the typical American commute. I covered nearly 31 miles in a loop I’ve used to gauge a number of plug-in hybrids, including  8 miles of 65-mph freeway, 8 miles of 50-mph boulevard, then the remainder on 30-mph streets with more frequent stops.

You’ll do a bit less so in freeway driving. For one charge, I did a suburban freeway loop—close in route to the one I’d averaged 37 mpg in hybrid mode—and managed 25 miles electric.

The Corsair feels plush and luxurious from the moment you step inside, and the cabin is a natural extension of its cushy but nimble road manners. Compared to its sportier predecessor, the MKC, the Corsair is more soothing, and the whole vehicle feels well-coordinated now. The seats themselves are widely adjustable, with unique dual-extending thigh bolsters, and padded surfaces surround. There’s enough comfortable space for four 6-footers and their bags—quite a feat in a vehicle that has a compact-car footprint.

It’s also noteworthy that you won’t be making excuses to your rear passengers. Cushions back there feel well-padded, and trims don’t skimp. And yes, you can fold the seats down for more cargo if you wish.

The Corsair’s interface is a mixed bag, but I appreciate how it gives you multiple redundant ways to accomplish most things. The 8.0-inch center touchscreen hovers at the top of the dash, and it’s mostly intuitive. The steering wheel toggles are essentially little joysticks with four-way selections that vary depending on the feature or menu you’re accessing, and a black area on the lower left steering wheel spoke lights up with cruise control functions when selected.

The Corsair Grand Touring starts at $51,810 for 2022. For whatever reason, my test vehicle was a 2021 model. Option configurations have changed somewhat, but an equivalent vehicle, priced out for 2022, appears to total $62,675.

The Toyota RAV4 Prime (and likely, its luxurious counterpart the Lexus NX 450h+) also offers a range of them, but you lock in predictable behavior with each one—even off-roading. PHEVs from BMW and Volvo are hardly simplified either on which power source is on what base, but they’re more straightforward than this.

Who is this buyer?

In all, I was immensely conflicted about the Corsair GT. I see its niche, though the execution drives me nuts.

It doesn’t seem like a big ask to have two modes, each aiming for different priorities: 1) “Use plug-in energy to boost overall mpg,” and 2) “Keep engine off when there’s plug-in energy.”

Three years ago, at the original reveal of the Corsair Grand Touring, a top Lincoln executive said that it and other PHEVs were part of an appeal to a younger, more affluent demographic.

While I can see a lot of potential buyers in the latter group—who would rather have an EV but look to the realities of charging or range—Lincoln appears to have tuned the Corsair Grand Touring around those who just want their plugging-in to merely cut the number of gallons needed at the gas station, not the electric experience.

In 2022, on a luxury budget, it’s increasingly hard to imagine who this household or buyer might be.