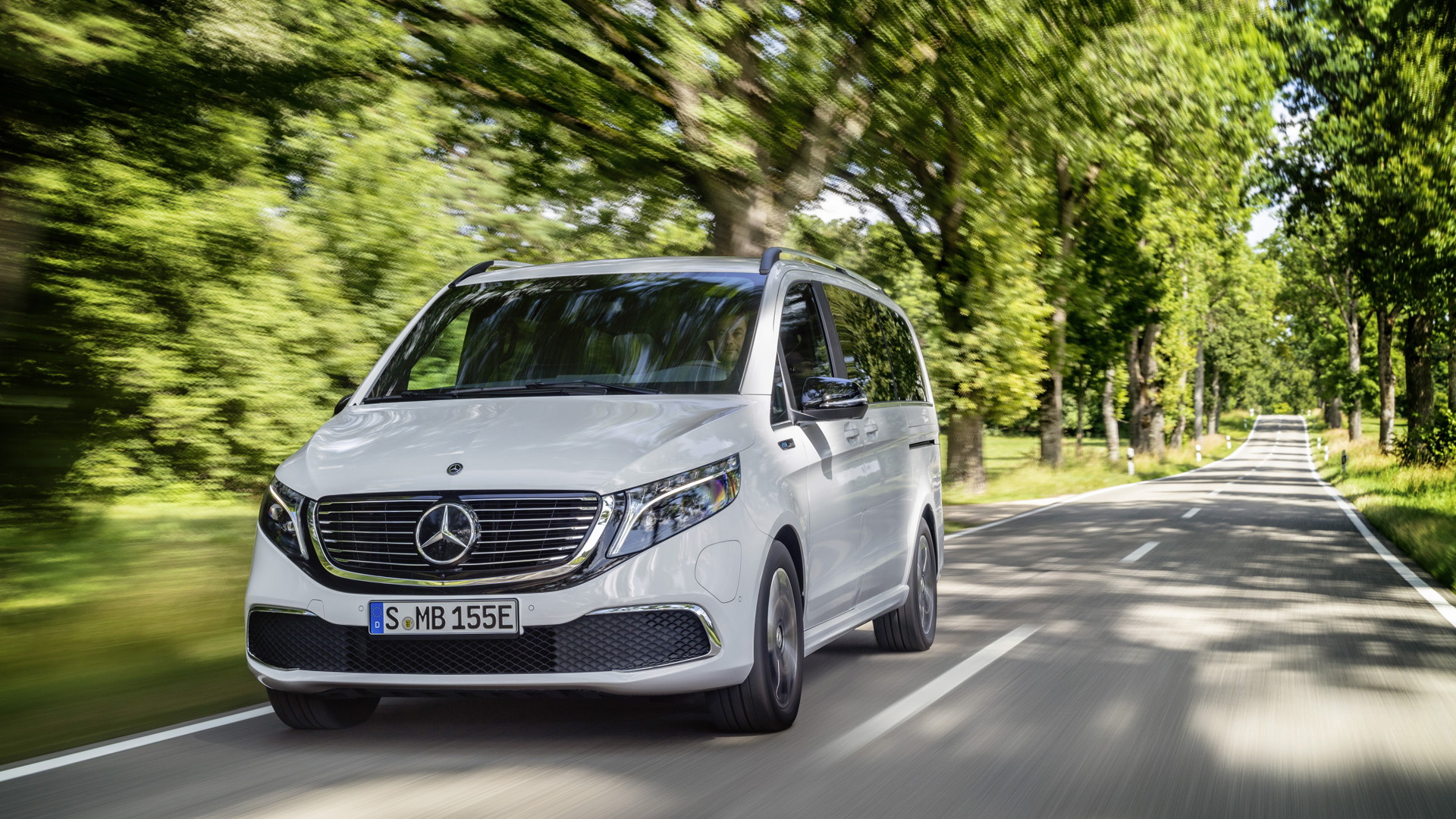 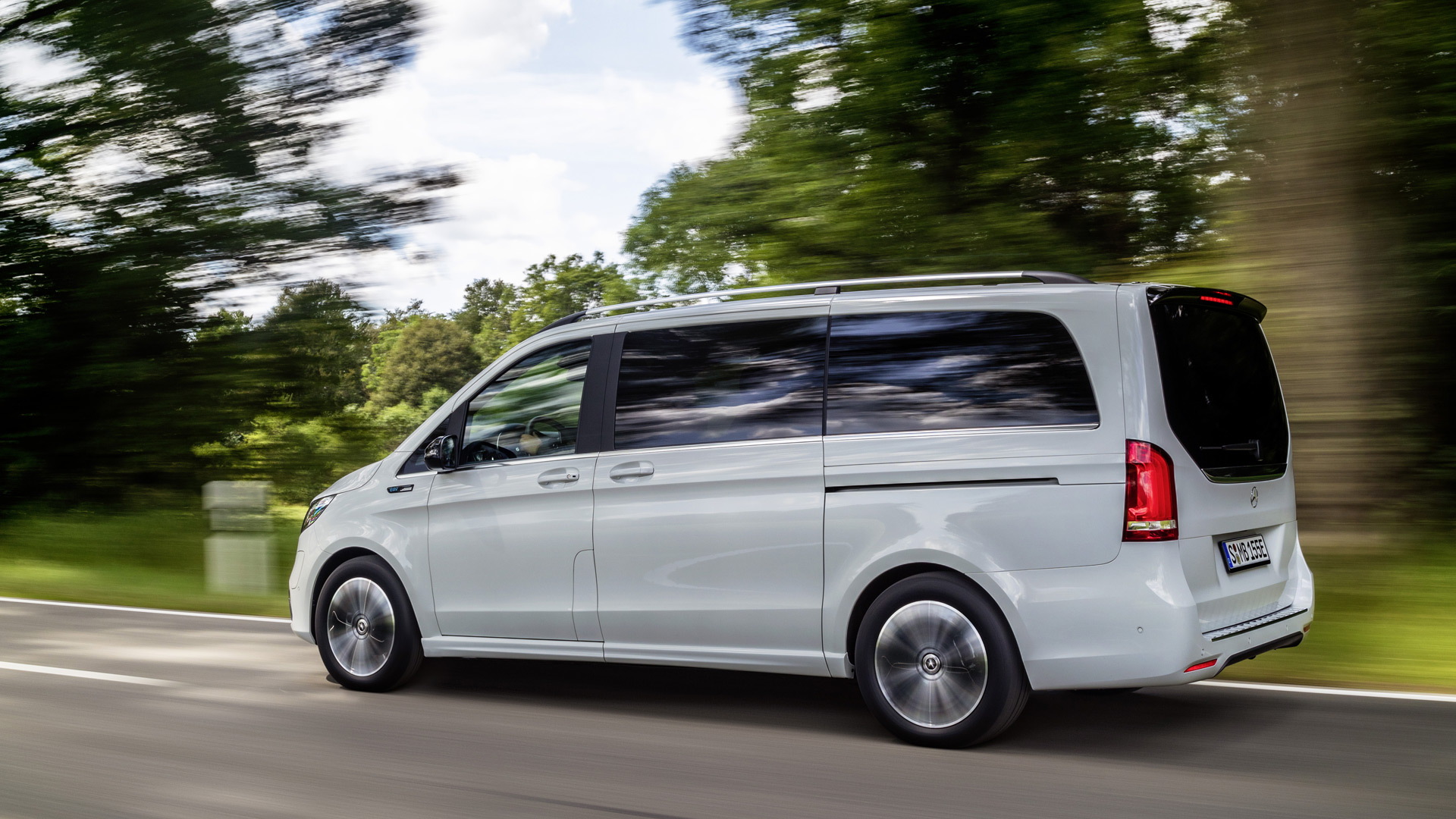 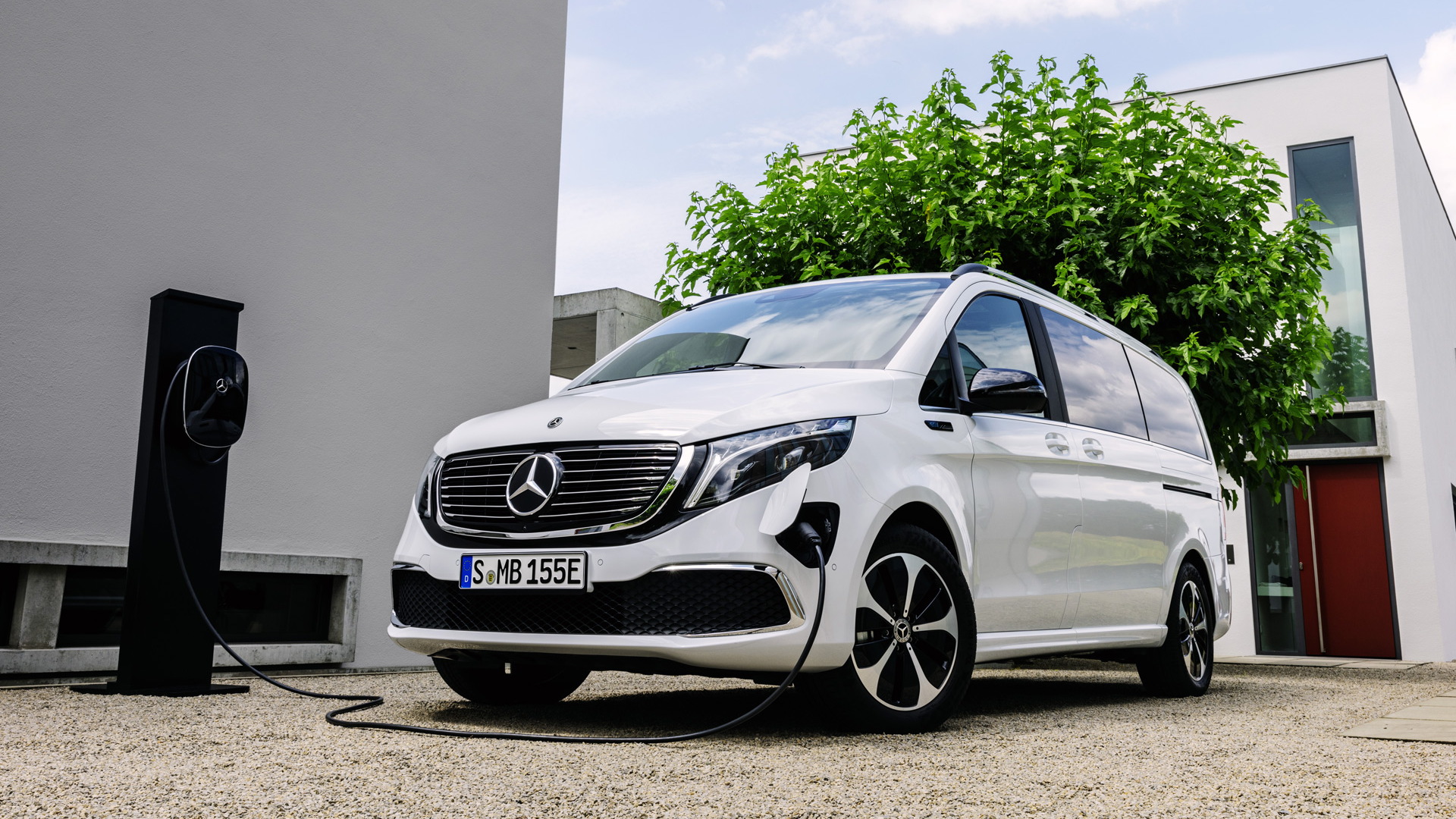 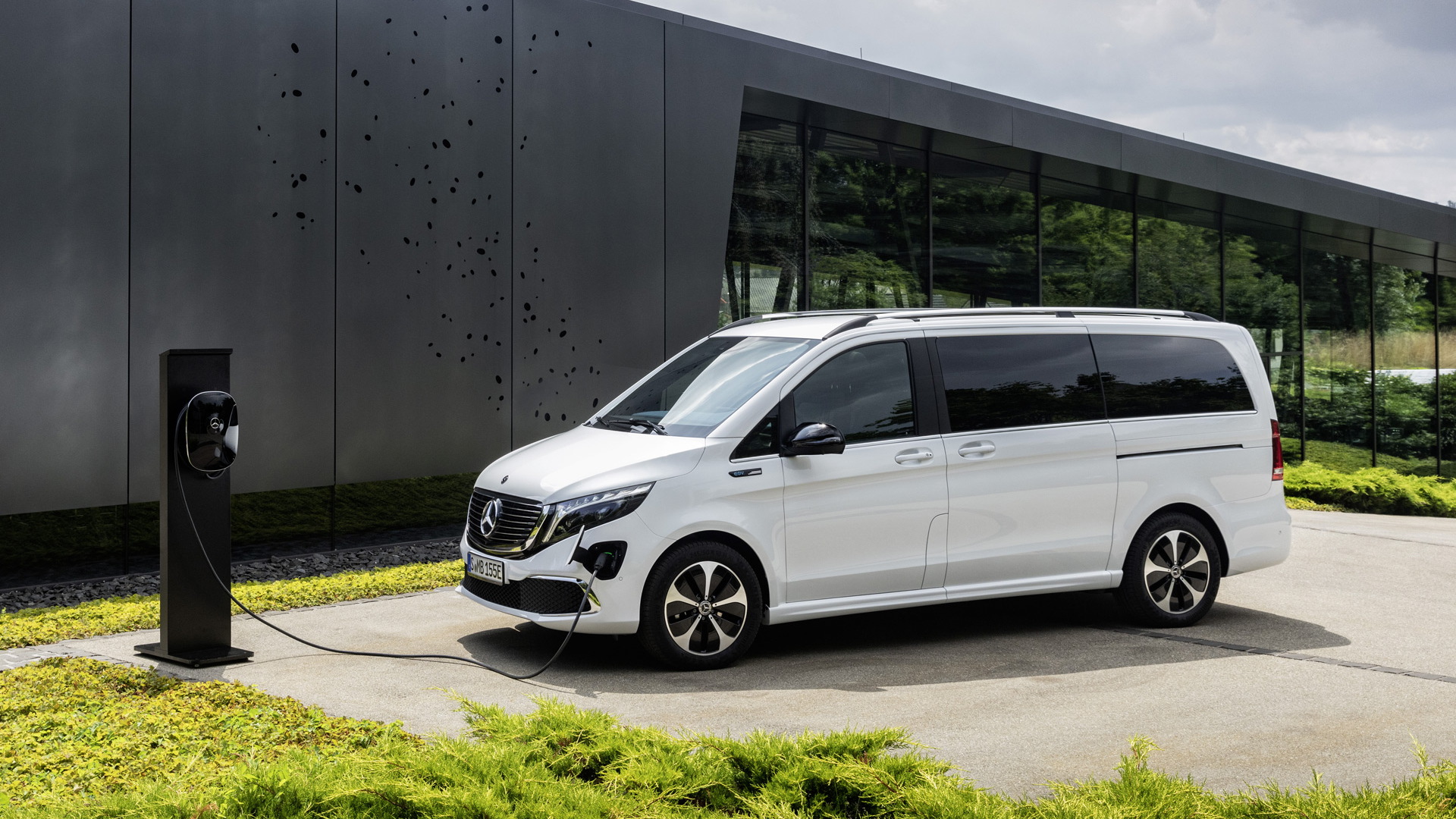 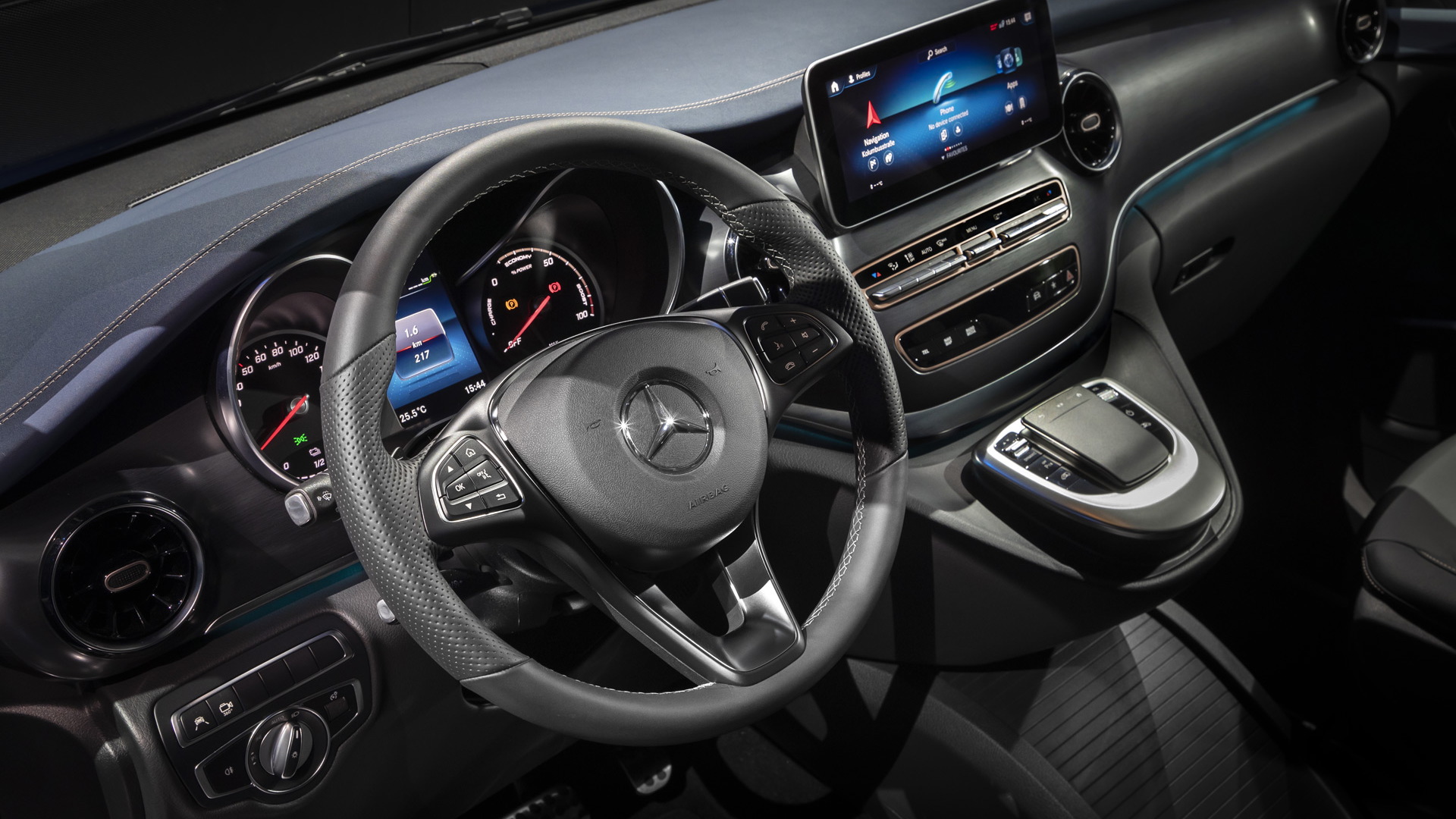 Mercedes-Benz plans to introduce the second in its new EQ line of electric vehicles, the EQV van, at next month's Frankfurt auto show.

The company says that a 100-kwh battery pack under the floor will deliver 250 miles of range on the European driving cycle. Mercedes has not confirmed whether the EQV will be sold in the U.S., and has not released any range estimates for the U.S.

A CCS charge port can bring the battery back to 80 percent in about 45 minutes, through a charge port on the left side of the front bumper.

Unlike earlier electric vans from Mercedes-Benz—the eSprinter and eVito (based on the van that had been called the Metris in the U.S.)—the EQV is front-wheel-drive.

It is powered by a 204-horsepower electric motor that delivers 267 pound-feet of torque, with top speed limited to 99 mph.

The EQV can be configured as a 6-, 7-, or 8-passenger van and also will be available as a panel van for contractors who will be able to outfit it with Mercedes' full range of rack systems in the rear.

The navigation system will incorporate charging stations and try to route drivers on the most efficient route to maximize range when the battery charge is low.

The production EQV could be the second production vehicle in Mercedes's new lineup of EQ electric cars, after the EQC small SUV, which is on sale now in Europe and expected in the U.S. next year. It will soon be followed by an electric luxury sedan parallel to the Mercedes S-Class, the EQS, and a smaller electric SUV potentially called the EQB.

Mercedes has committed to building 10 different electric cars by 2022, and to making half the company's models plug in—as either plug-in hybrids or pure electric cars—by 2030.