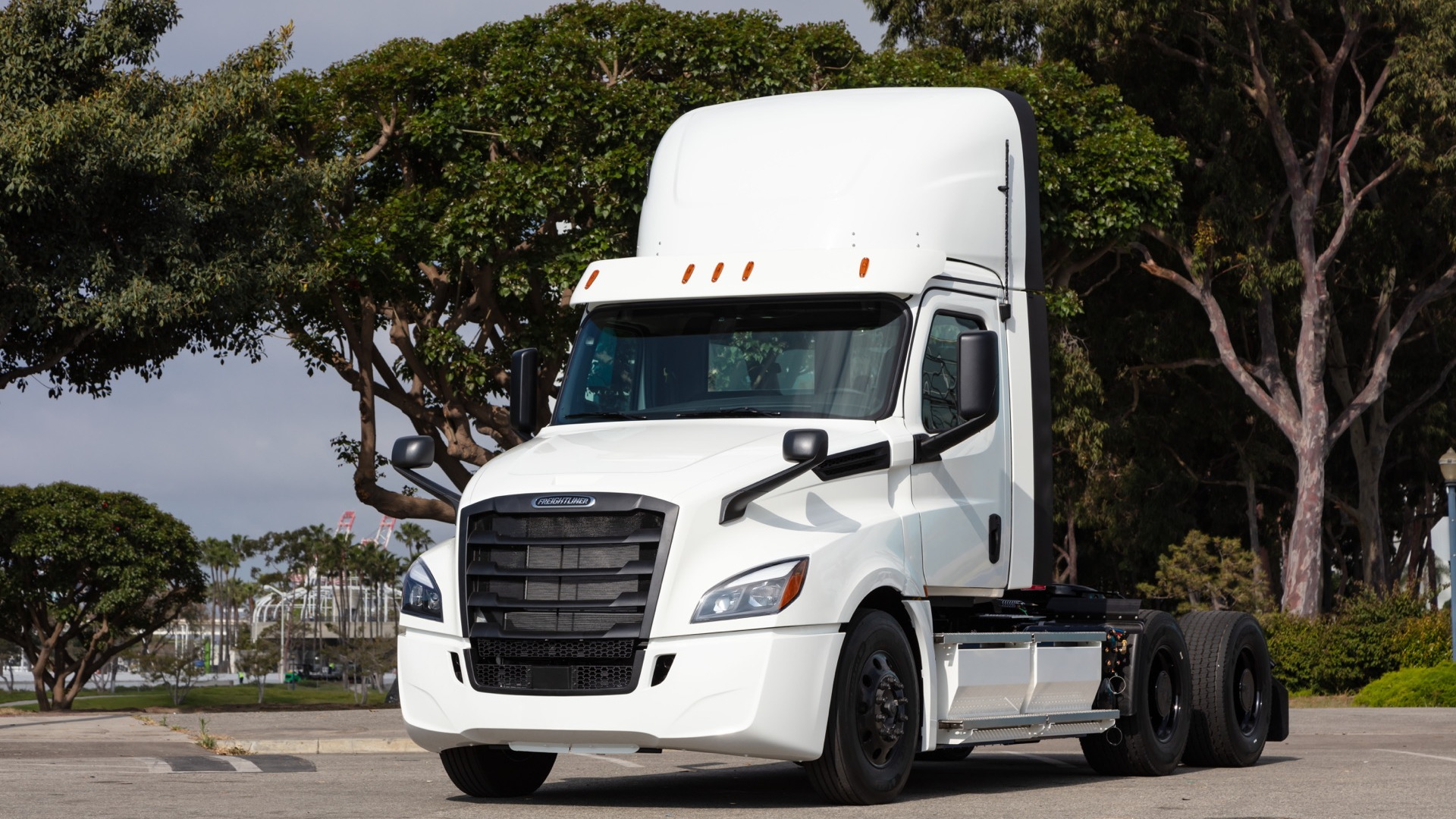 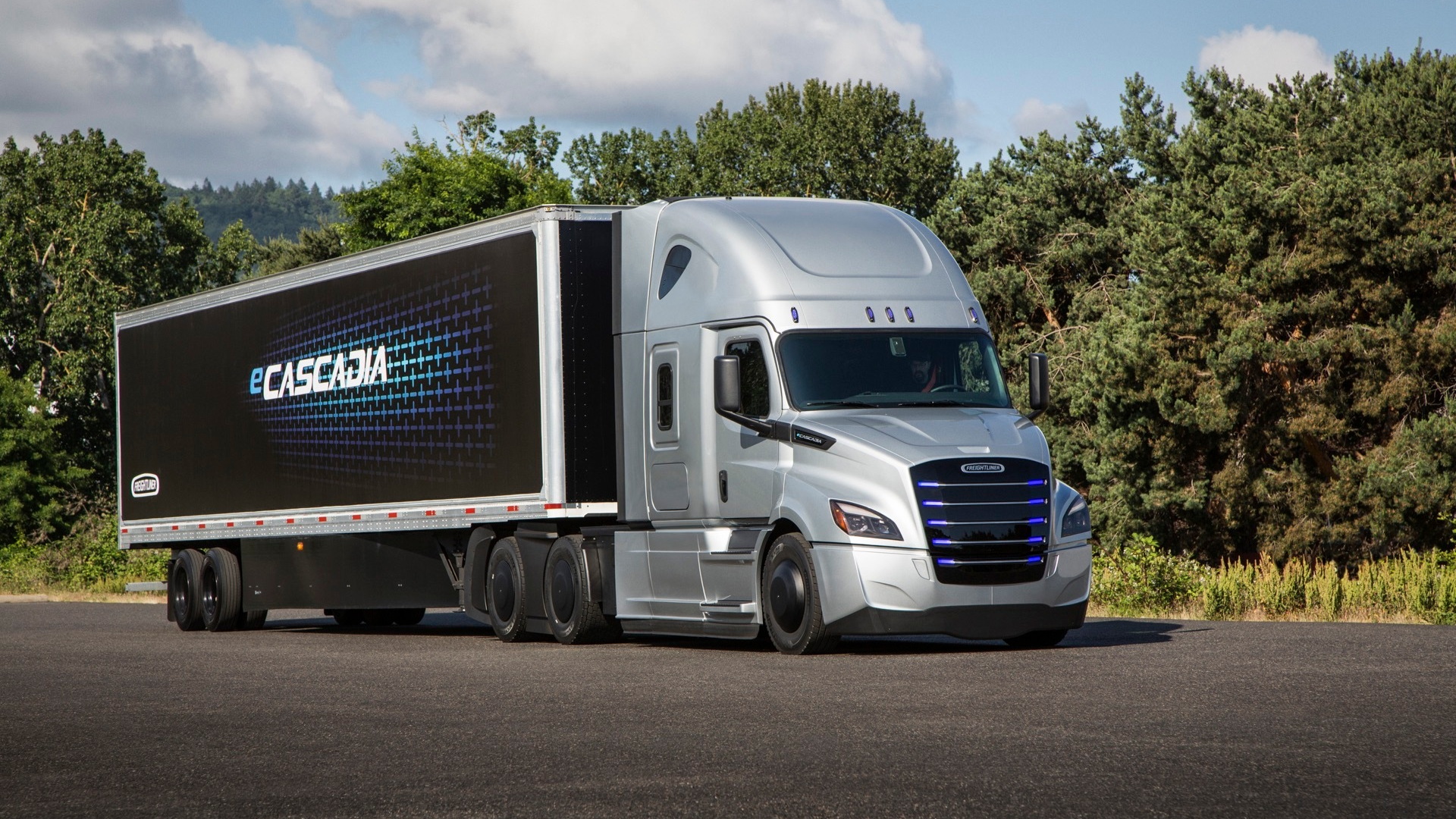 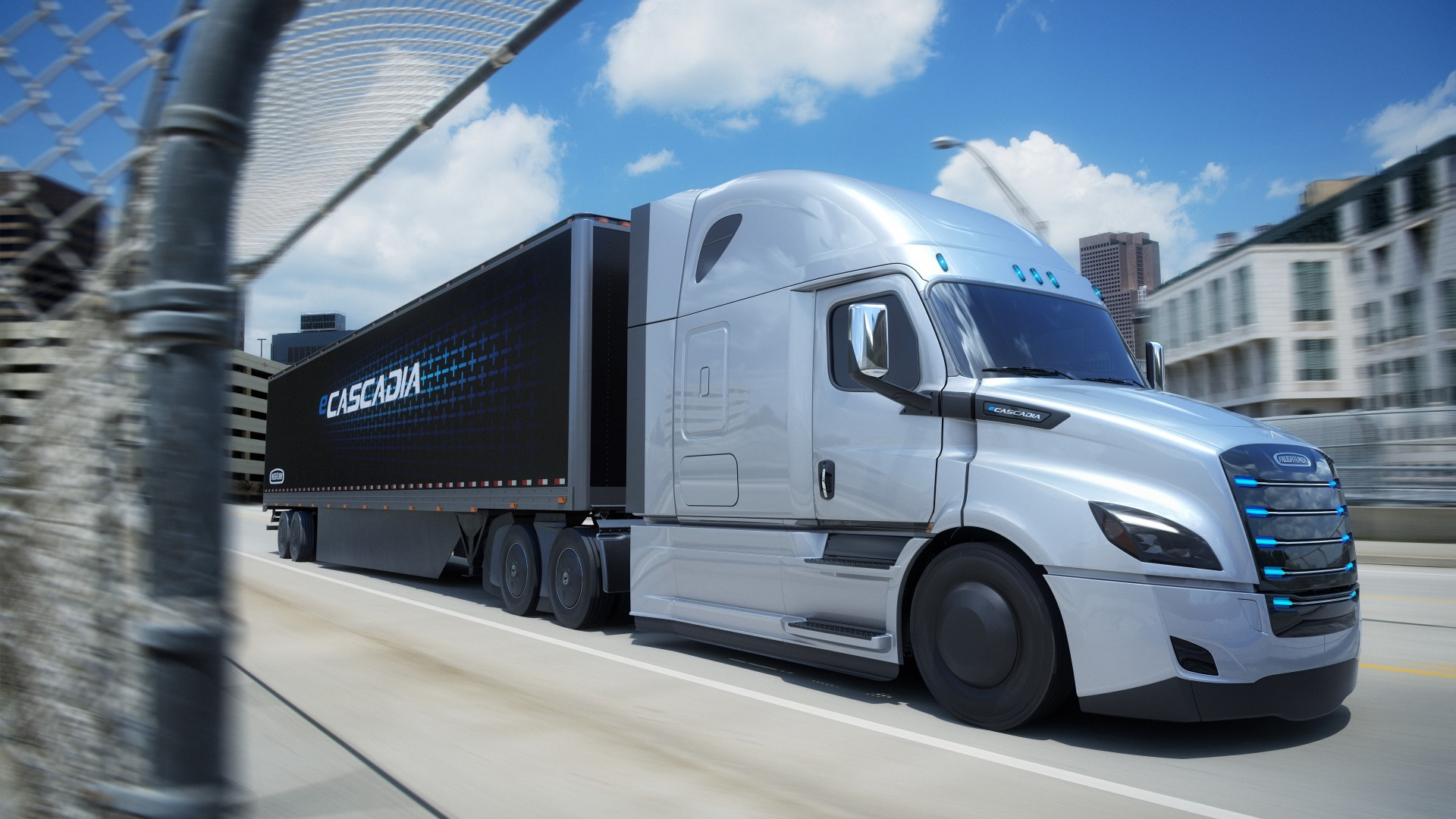 That nod would go to Daimler Trucks North America. The initial two Freightliner eCascadia semis were built this week for its Electric Innovation Fleet—funded by a $16 million California grant—and they’ll be placed into duty later this month by the Southern California operations of two companies: Penske Truck Leasing and NFI.

The company’s intent is to test how the trucks fare in large-scale fleet conditions, and the innovation fleet “will inform the final production versions” of its two upcoming electric trucks, the eCascadia, and the medium-duty Freightliner eM2. Daimler also has an Electric Vehicle Council of 38 customers “to identify and address all potential hurdles to large-scale deployment of commercial battery electric vehicles.”

How much range these trucks can achieve, while performing the tasks they’re expected to—year round—has been one of the great challenges for development teams. Daimler has quoted a range figure of 250 miles from the eCascadia pack’s 550 kwh of usable capacity (with an 80-percent charge possible in about 90 minutes), while Tesla has stuck to claims of versions offering 300 and 500 miles.

With both trucks essentially fitting the spatial constraints, that led some in the industry to question the physics involved—including Martin Daum, the head of trucks at Daimler, who told Bloomberg that “for now, the same laws of physics apply in Germany and in California.”

Tech luminary Bill Gates is among those with doubts about trucking going electric; he went so far as to say he doesn’t see them working quite yet. But Daimler sounds bullish on electric.

“The road to emissions-free transportation is going to be driven with battery-electric vehicles,” said Daimler Trucks North America president and CEO Roger Nielsen, as part of the keynote address to the annual ACT fleet conference in April. “I believe the future is electric.”

At that time Daimler called natural gas “an interim solution,” and stated that while it sees the potential for fuel cells it doesn’t see near-term viability. It stressed that three things need to happen: a common vehicle charging infrastructure; cheaper, lighter, and more powerful batteries; and incentives to strengthen electric’s ownership-cost advantages.

Those might not be the only eCascadias to soon be placed in duty. Daimler says that it will put 50 commercial EVs into use by the end of the year in North America, and more deliveries of trucks from the Electric Innovation Fleet will continue through the year.

The longer-hauling electric truck gets its name from the Cascadia, which is the best-selling Class 8 heavy-duty truck.

Tesla has followed a different strategy than Daimler. It’s been getting the Semi out for customer test drives—including a long tour last year visiting big-name reservation-holders such as UPS and J.B. Hunt—but hasn't yet placed it into fleet duty (outside of its own, in delivering cars). Tesla hasn’t recently provided a formal update on the Semi, but Green Car Reports has reached out to the company for comment.

The two trucks could actually reach the market within months of each other. The Tesla Semi is now expected for first deliveries in late 2020, while Daimler is targeting full-scale production in Portland, Oregon, beginning in 2021.