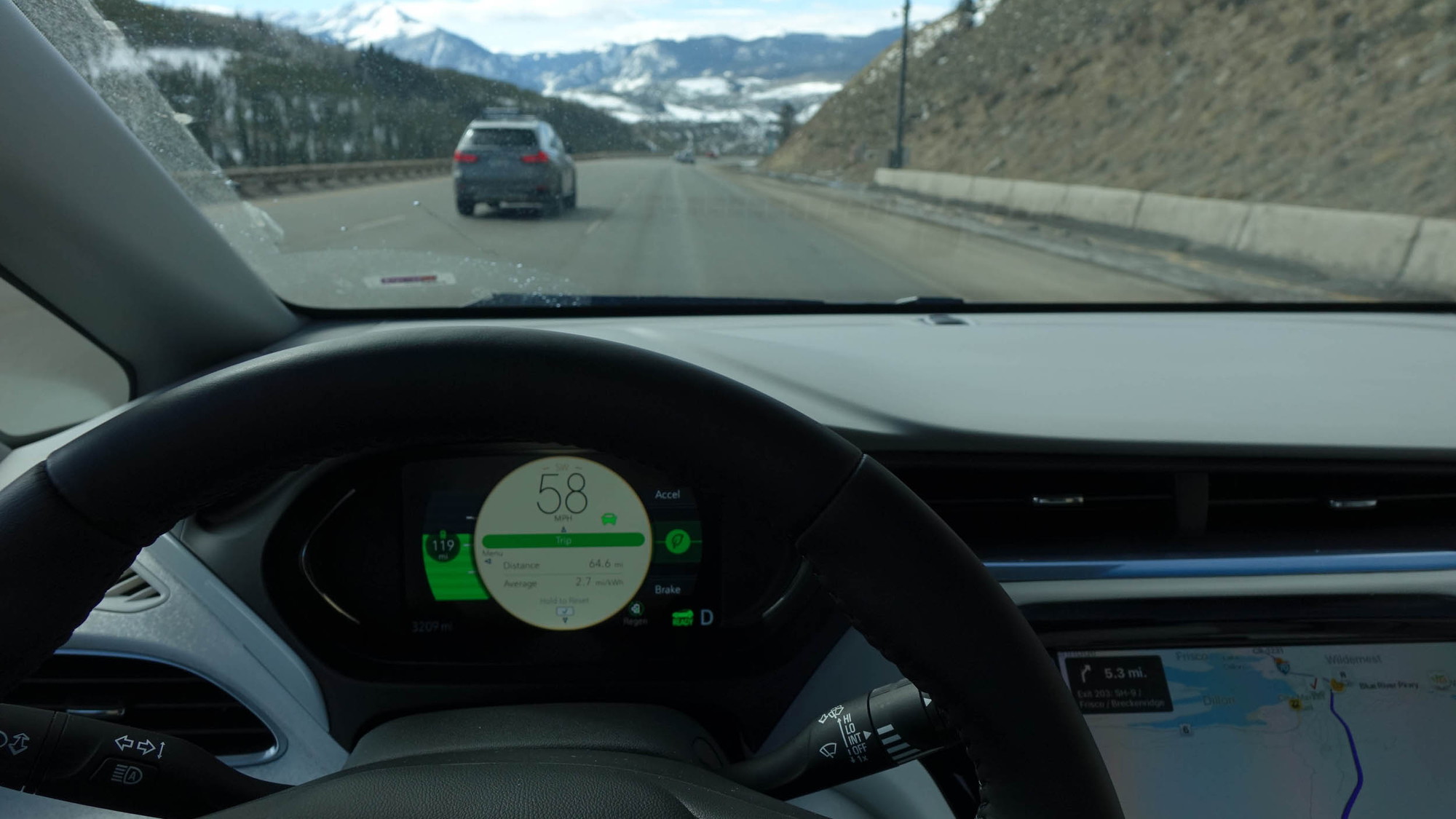 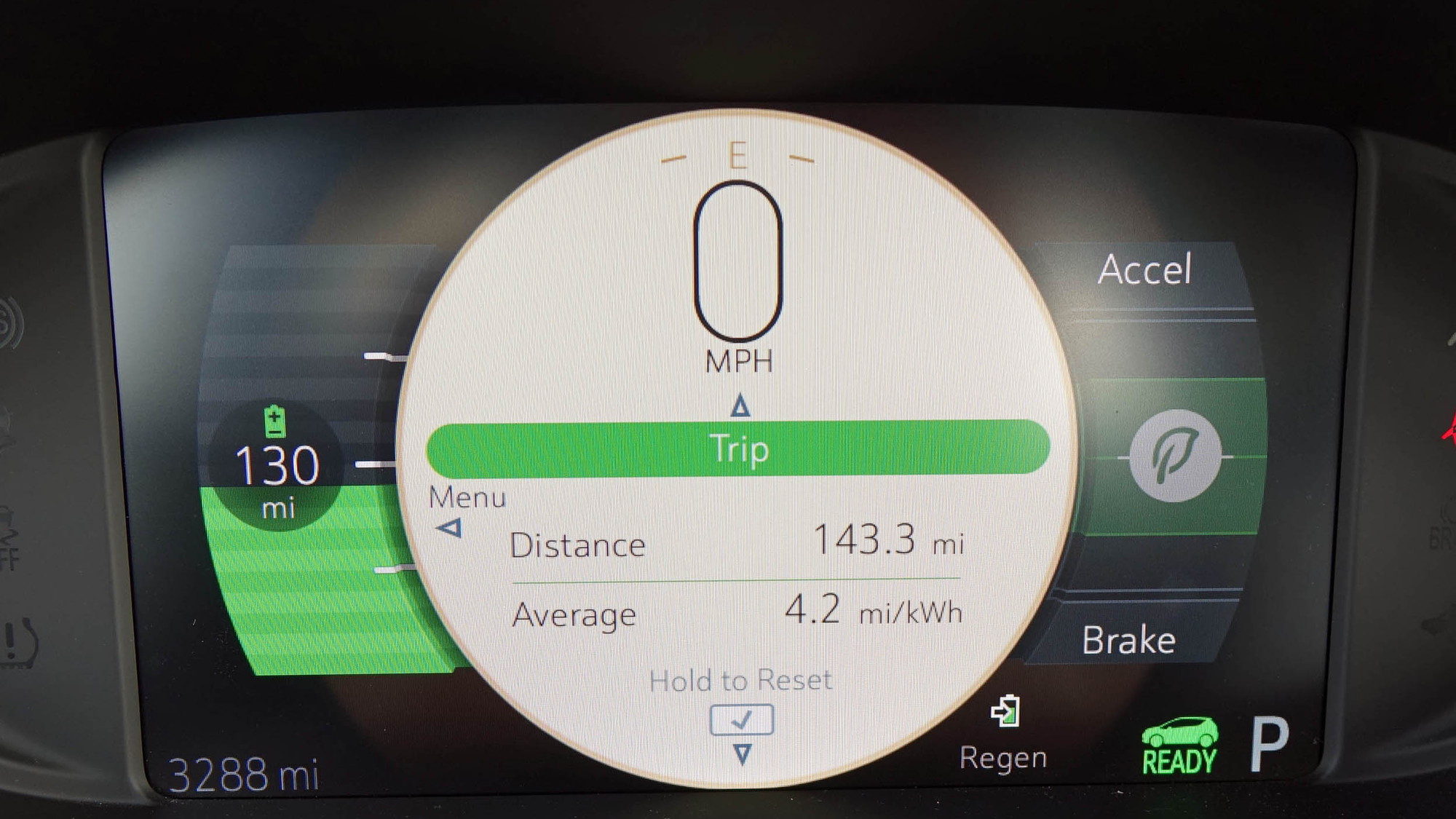 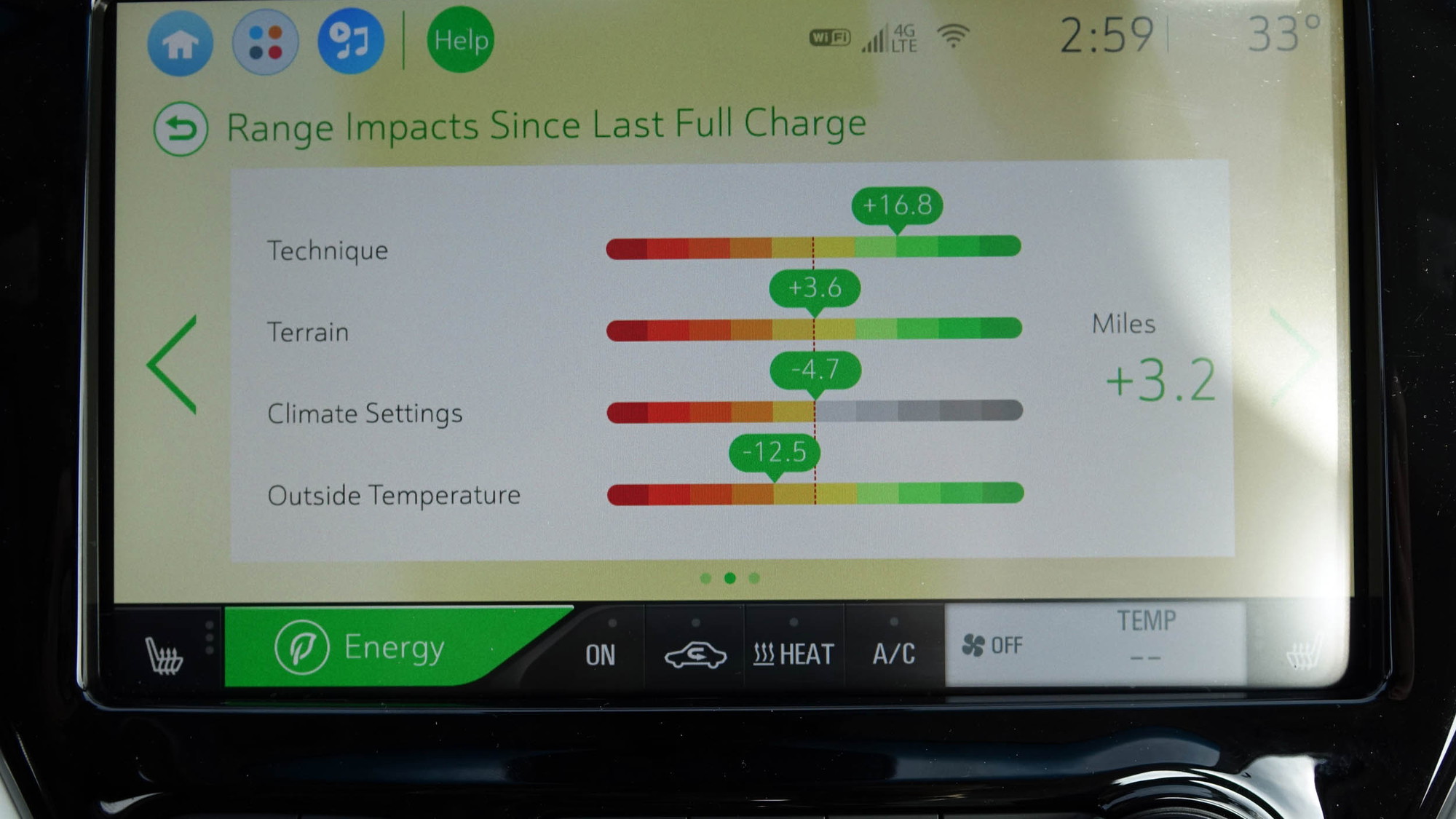 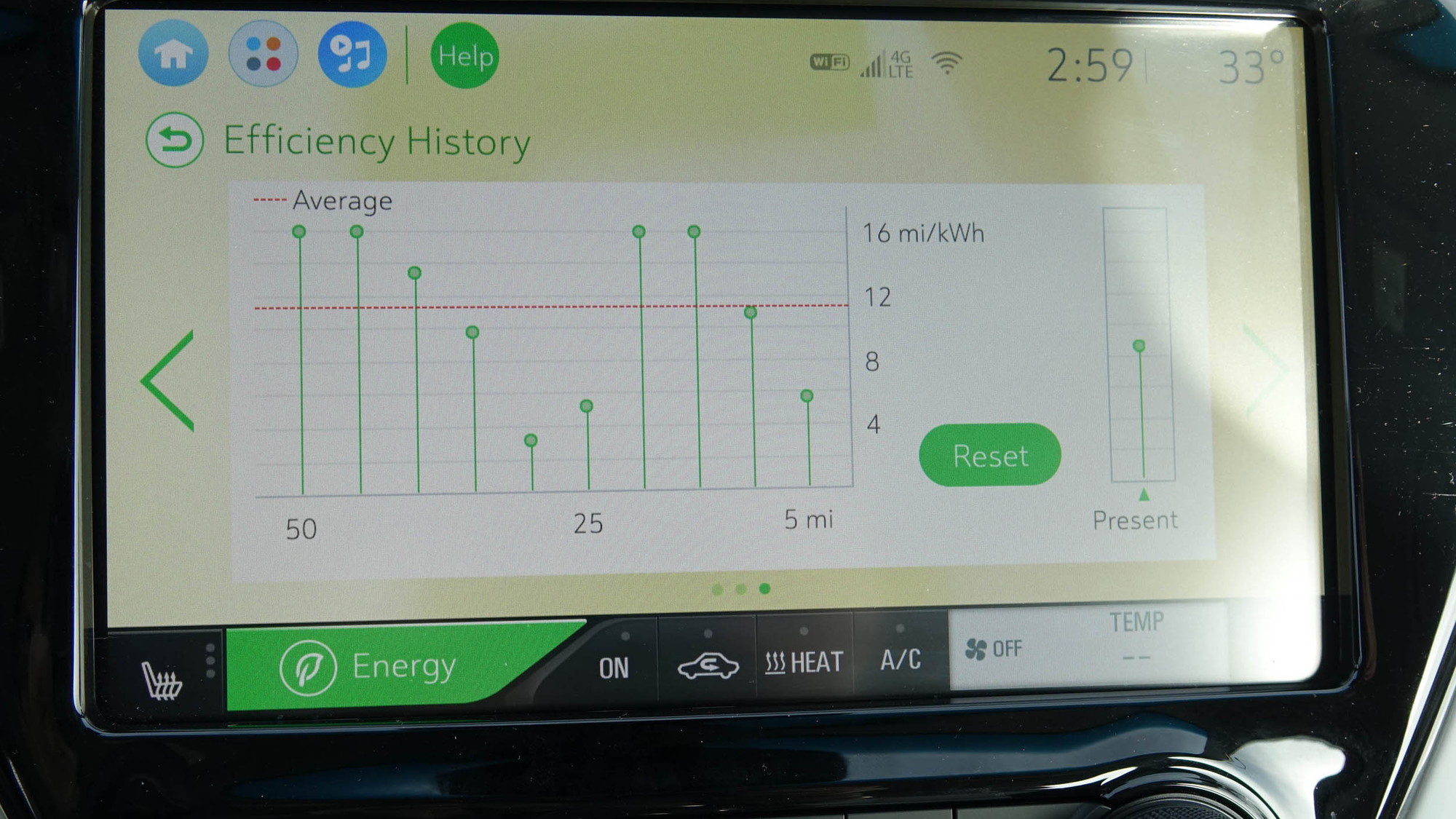 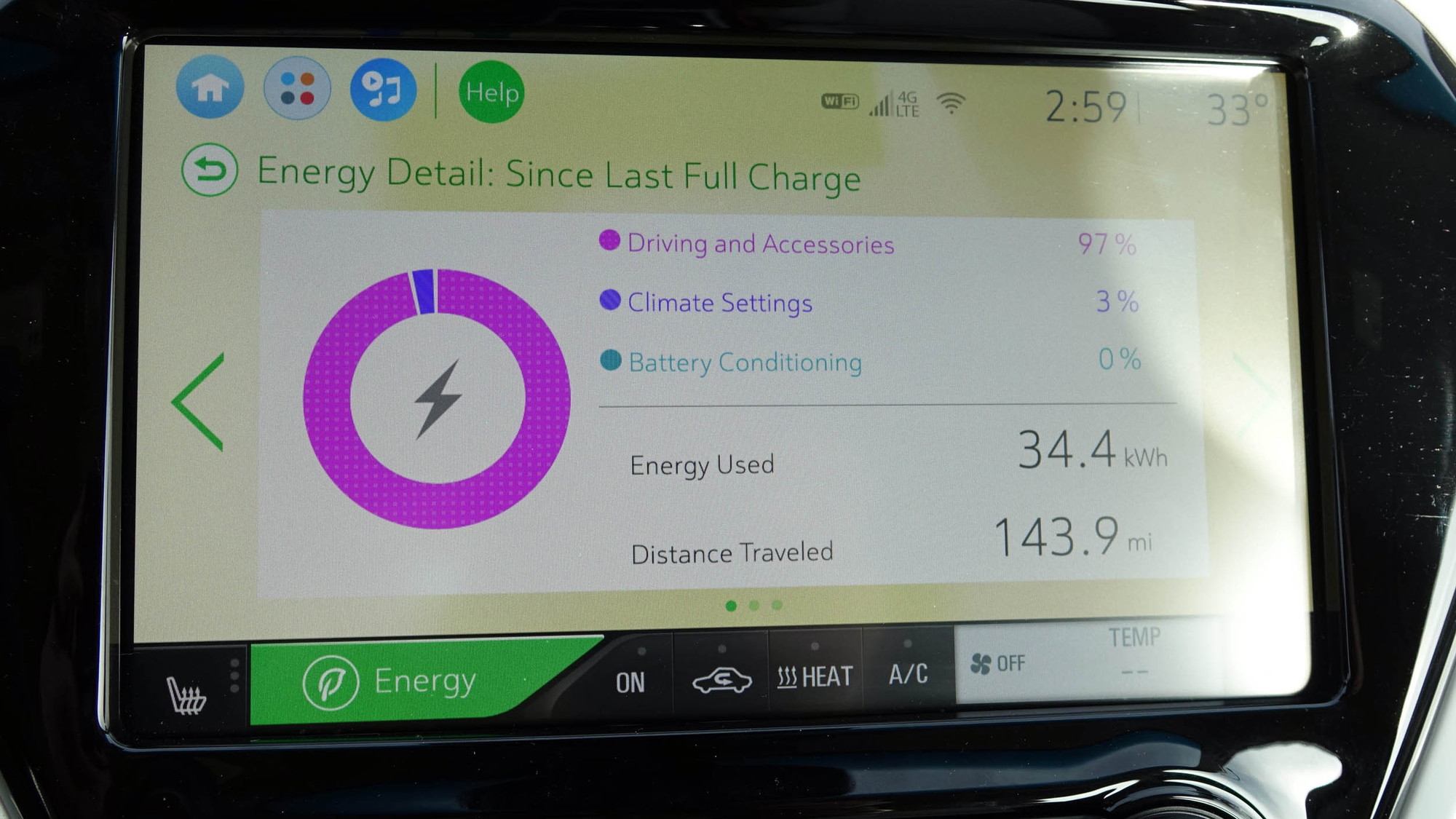 The state has the highest portions of the Interstate highway system, including routes spanning past 11,000 feet and varying several thousand feet. Even with a number of electric cars like the Chevrolet Bolt EV now offering well over 200 miles of EPA-estimated range, the range anxiety that was once the norm for any highway trip in more level states still looms large here, where the long grades can be a true test.

That’s exactly what I had in mind when I headed to lunch from Denver to a Whole Foods 72 miles away in Frisco, Colorado, toward my favorite lunch buffet—likely around $8 for a plate of kale and quinoa, and maybe a cookie to cancel out all that healthiness.

Yes, there are Whole Foods much closer, but there are none anywhere in the world at a higher elevation.

I set off in a 2019 Chevrolet Bolt EV knowing that I’d make it to Frisco on a full charge but not certain if I could cruise home without plugging in. A DC fast charger is coming to Frisco, but for now the only way to juice up is a 240-volt, Level 2 charger. Who needs to rush lunch, anyway?

“Good food matters at 9,097 feet,” a sign above the produce section at the world’s highest Whole Foods proclaims, as if elevation matters when shopping for bananas. What does matter at 9,097 feet is the route there, which would take me from a mile high in Denver over several passes and under the continental divide through the Eisenhower Tunnel at about 11,150 feet above sea level.

Keeping with the Whole Foods theme, I swung by my local store for a quick electron and coffee top-off. That done, my Slate Gray Metallic Bolt EV showed 203 miles of range with outside temps below 30 degrees F, the climate control set to 72 and the seat and steering wheel heaters engaged.

I hit the highway after selecting Low mode with the drive lever before realizing as I sped up that one-pedal driving isn’t really meant for high speeds. Instead, the single regen paddle located behind the left steering wheel spoke comes into its own at those speeds. The paddle has been decried as a gimmick, but I found it useful for occasional modulation as I entered the ups and downs of the Rocky Mountain foothills.

I initially planned to use cruise control but soon realized from studying the rapid drop of the range meter that, if I had any intention of making it to Frisco’s Whole Foods and back on a single charge, I’d need to watch my acceleration and deceleration closely.

As the sun broke through and the air warmed toward 40 degrees, I shut off the climate control, and 20 miles were added to the estimated range displayed in the Bolt’s instrument cluster.

The big test came as I climbed toward the Eisenhower Tunnel. At the summit, the Bolt showed 103 miles of range, down 122 miles in about 55 miles of driving!

Gliding about 15 miles downhill into Frisco, however, added 20 more miles, and I cruised into the Whole Foods parking lot with an empty stomach and 119 miles of range showing. Overall, I’d driven 71 miles and had used 84 miles of range, albeit with the asterisk that I turned the climate control system off about 25 miles into the drive, because I didn't need it.

Fueled by hunger, perhaps, I was feeling optimistic about the 71 mile drive back home with an extra 32 miles of range showing, so I skipped the empty charging spot next to a Nissan Leaf and parked the Bolt in the standard lot.

Of course, as I ate my lunch, I looked up at the mountains I’d just driven through, remembering that I had a big climb before the gradual descent back to Denver.

By the time I reached the opposite side of the tunnel 15 miles outside of Frisco and had nowhere to go but eastbound and down into Denver, the Bolt’s estimated range had dropped to 87 miles. I still had about 65 miles to drive, but the downhill run would allow the Bolt to regenerate some energy.

I was confident I’d make it home without being devoured by marmots on the side of the freeway while waiting for a tow truck to haul an inert electric car to a charger, so I spent a little time getting to know the greenest of Chevys. Little did I know how much that estimated range figure would change as I made the last drop out of the foothills and into Golden, about 10 miles west of Denver.

The Bolt settled into its highway jaunt in typical small-car fashion. It’s not quiet and the narrow, low-rolling resistance tires cause it to skitter about more than larger cars. However, I didn’t find its seats to be as objectionable as some of my colleagues.

The interior is far from perfect, however. The light gray carpet in my tester isn’t suited to wintry slush in a snow state. Additionally, the infotainment screen washes out in bright light and can be kludgy. The 10.2-inch touchscreen is large, however, and the Apple CarPlay compatibility fills nearly the entire screen.

When I finally rolled up to my house nearly 144 miles later, the Bolt’s instrument cluster showed just one bar below a half charge and an astounding 130 miles of range to go.

That’s right, in the 65 miles from the tunnel at the top of the mountains to my house, the Bolt added 43 miles of range. And since Frisco, 70 miles up and mostly downhill on the way home, the total range climbed 11 miles.

A look at the efficiency history screen reads like a topographical map for the last 50 miles, showing as high as 16 miles per kWh at several points.