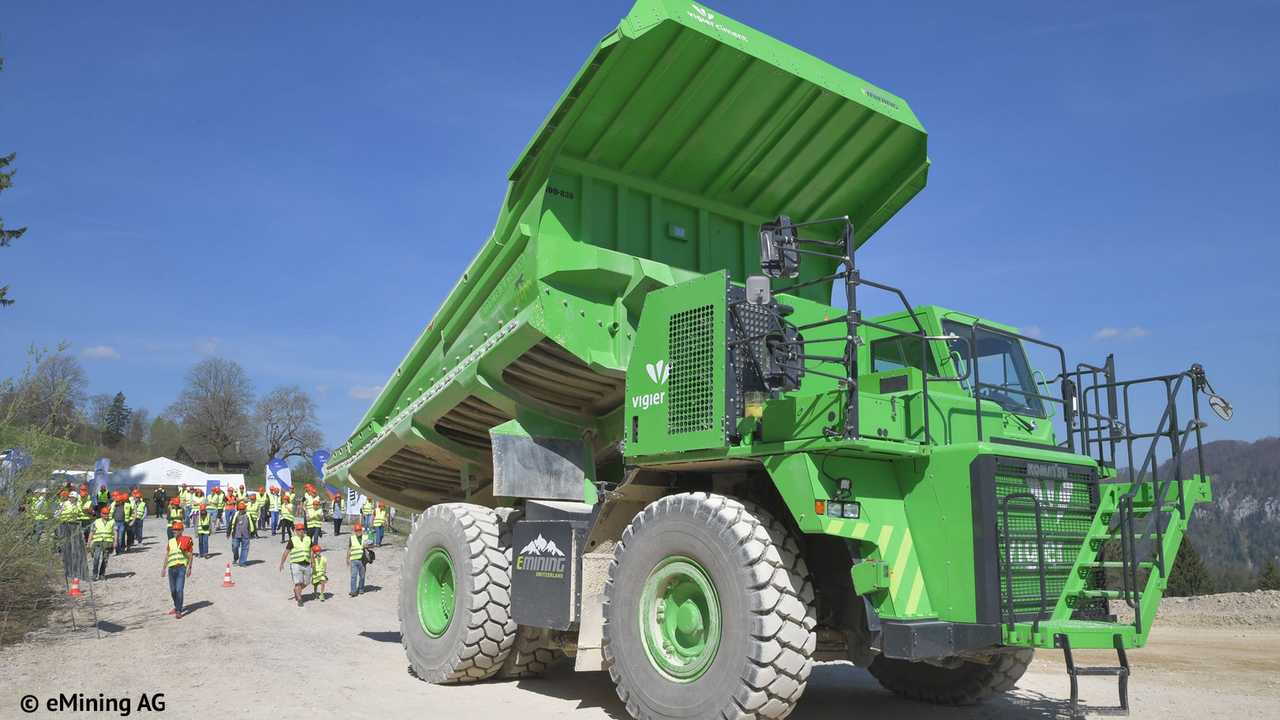 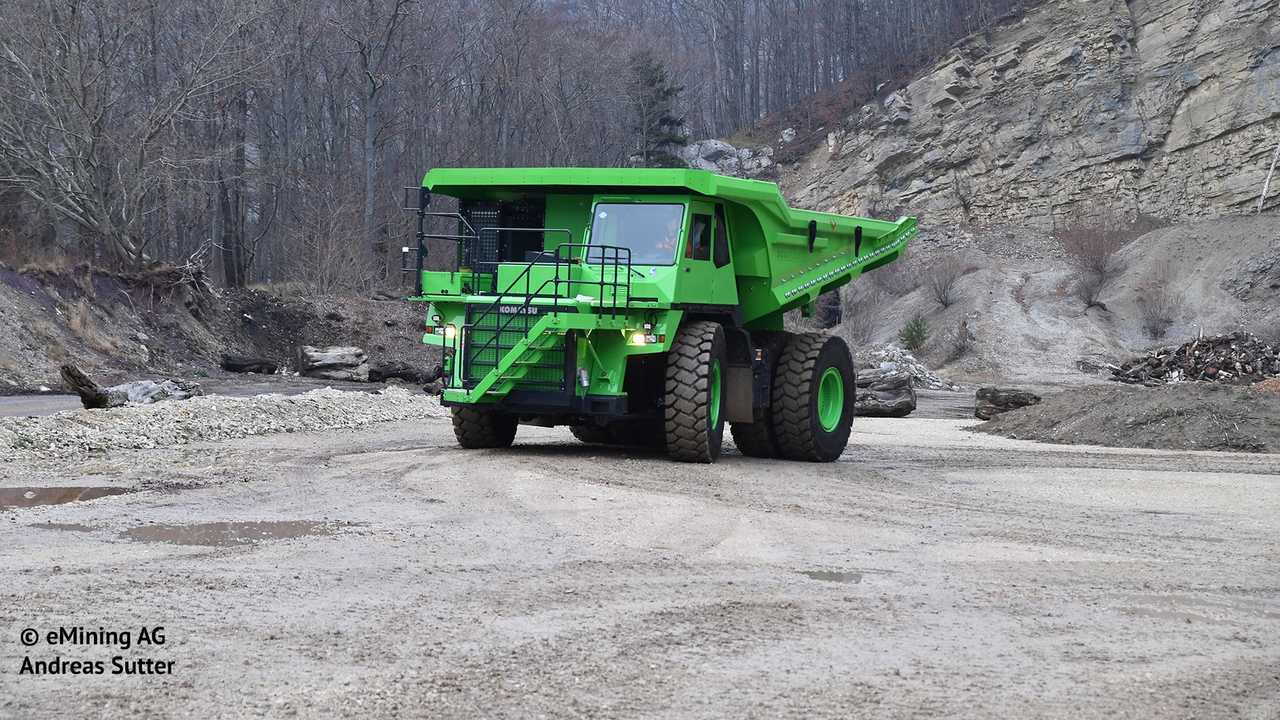 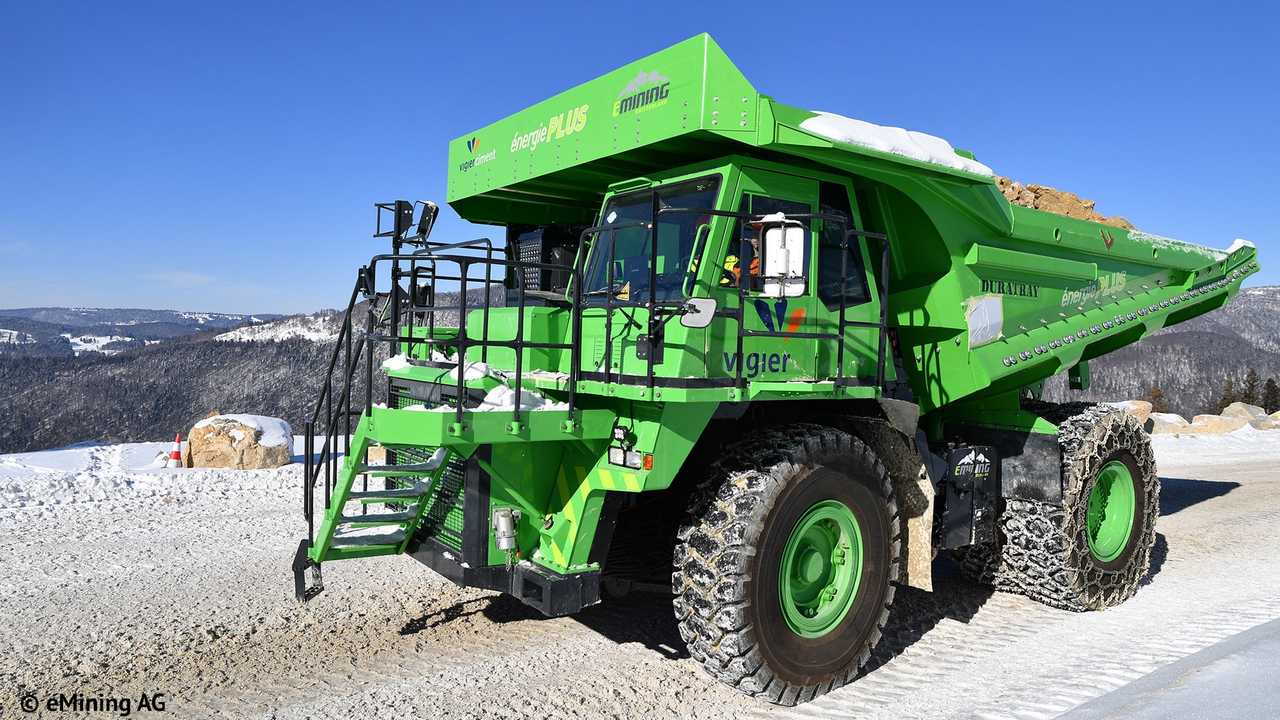 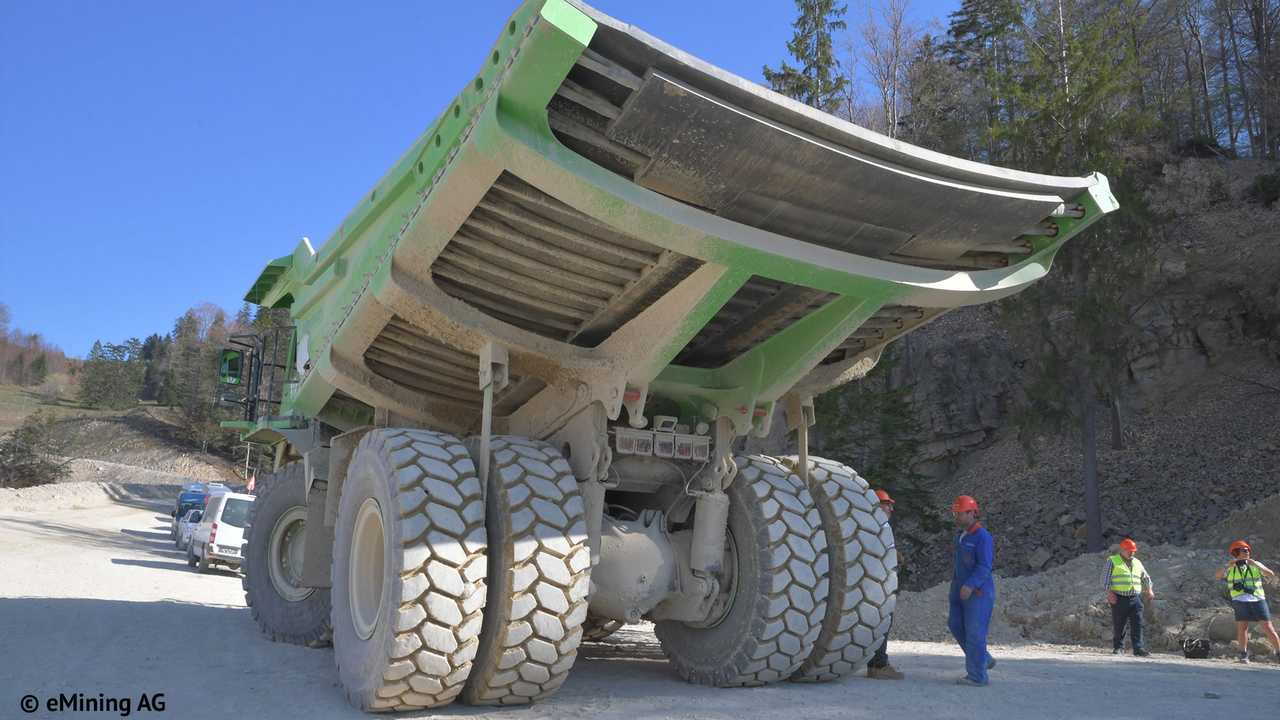 A quarry in Biel, Switzerland, is operating the world's largest electric vehicle, a 110-ton dump truck, to haul lime and marl off the side of a mountain to a cement factory. Perhaps best of all, it consumes no energy doing it.

How is that possible, you ask?

The dump truck, at 45 tons, ascends the 13-percent grade and takes on 65 tons of ore. With more than double the weight going back down the hill, the beast's regenerative braking system recaptures more than enough energy to refill the charge the eDumper used going up.

The Elektro Dumper—eDumper for short—made by Kuhn Schweitz, is based on a Komatsu HB 605-7: 30 feet long, 14 feet wide, and 14 feet tall. The tires are six feet high, and the dump bed reaches to more than 28 feet, fully raised.

CNN recently brought Formula E driver Lucas DiGrassi along to test drive the machine, owned by Swiss cement company Ciments Vigier SA. He reported reaching the top of the grade with 80 percent, then recovering battery charge to 88 percent on the way down (not unlike our writer's experience with a Chevrolet Bolt EV in the Rockies.)

Marking that trip around 20 times a day, Kuhn Schweitz says the eDumper produces 200 kwh of surplus energy every day, or 77 megawatt-hours a year. A typical dump truck uses between 11,000 and 22,000 gallons of diesel fuel a year. That saves up to 196 metric tons of global-warming carbon-dioxide gas a year.

Correction: Lucas DiGrassi is a driver for Formula E, not Formula 1 as originally indicated.