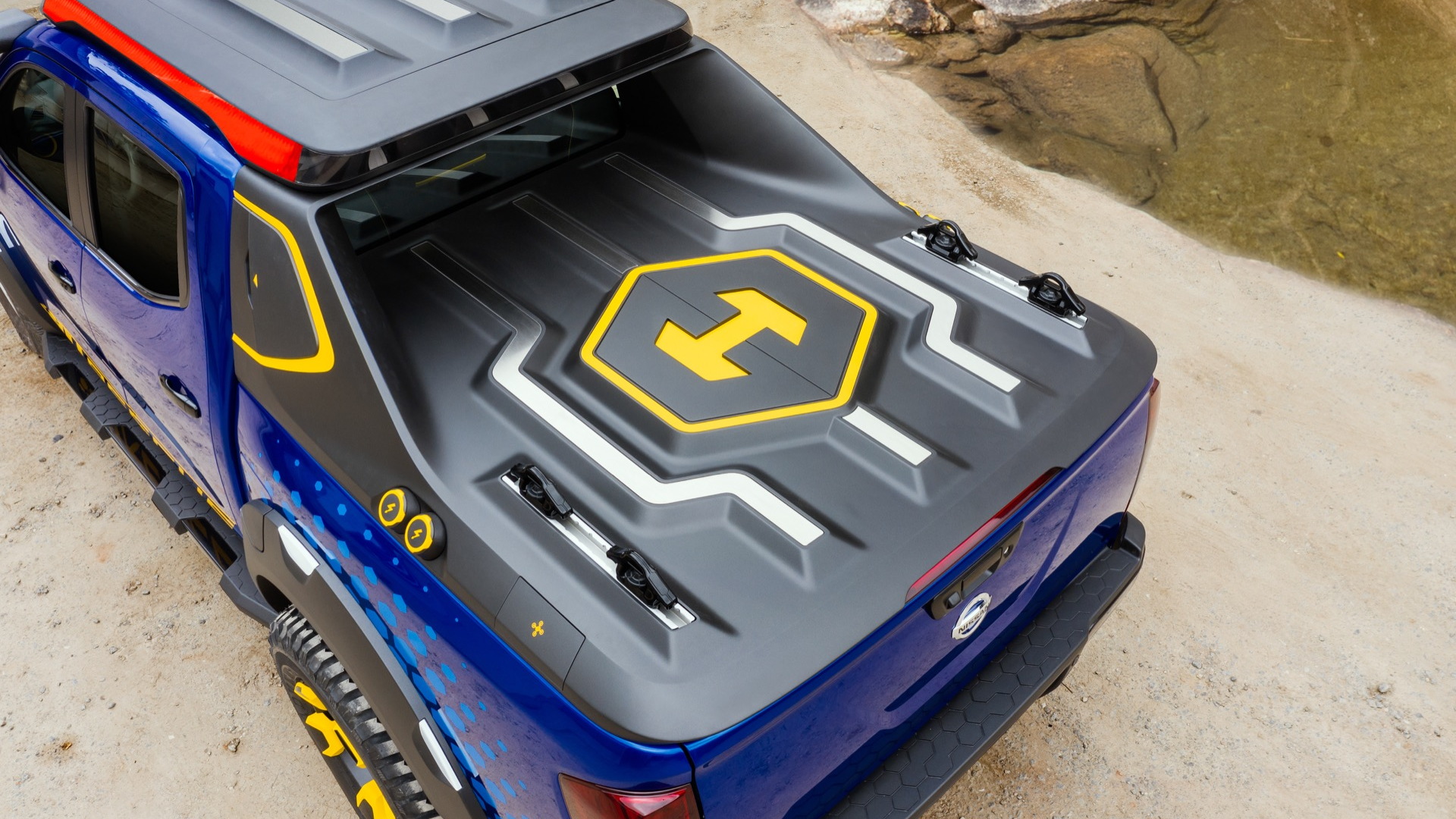 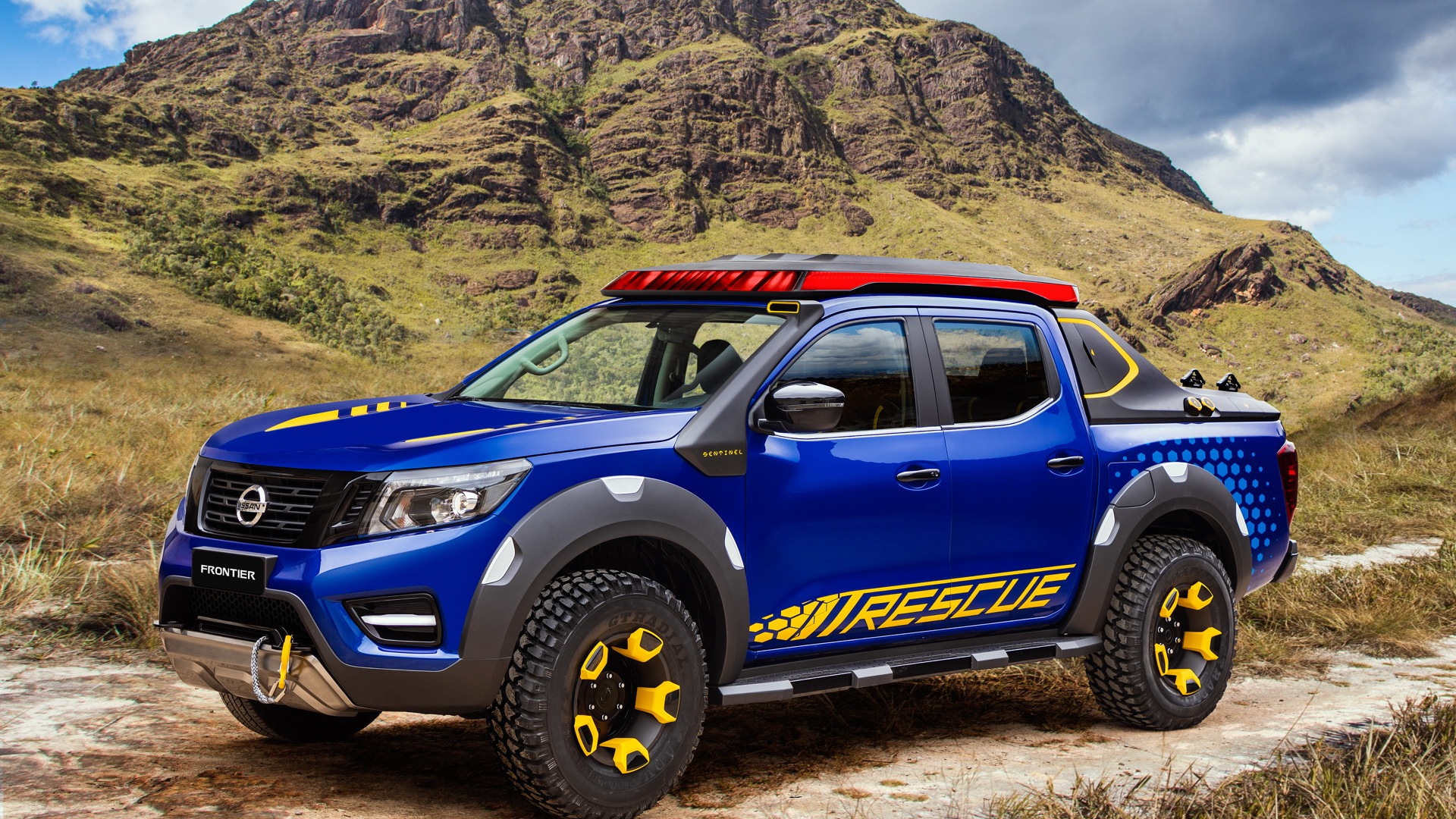 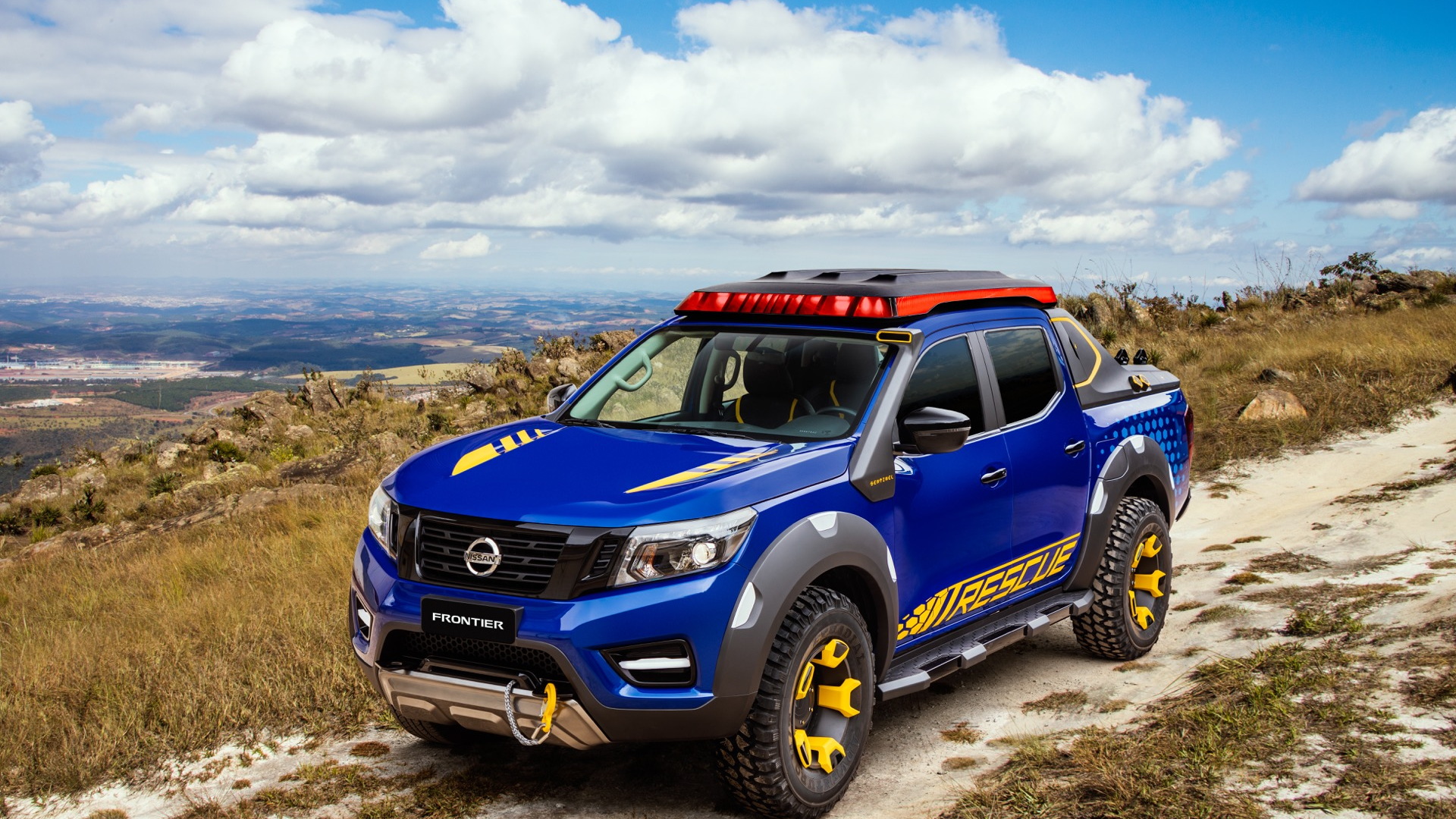 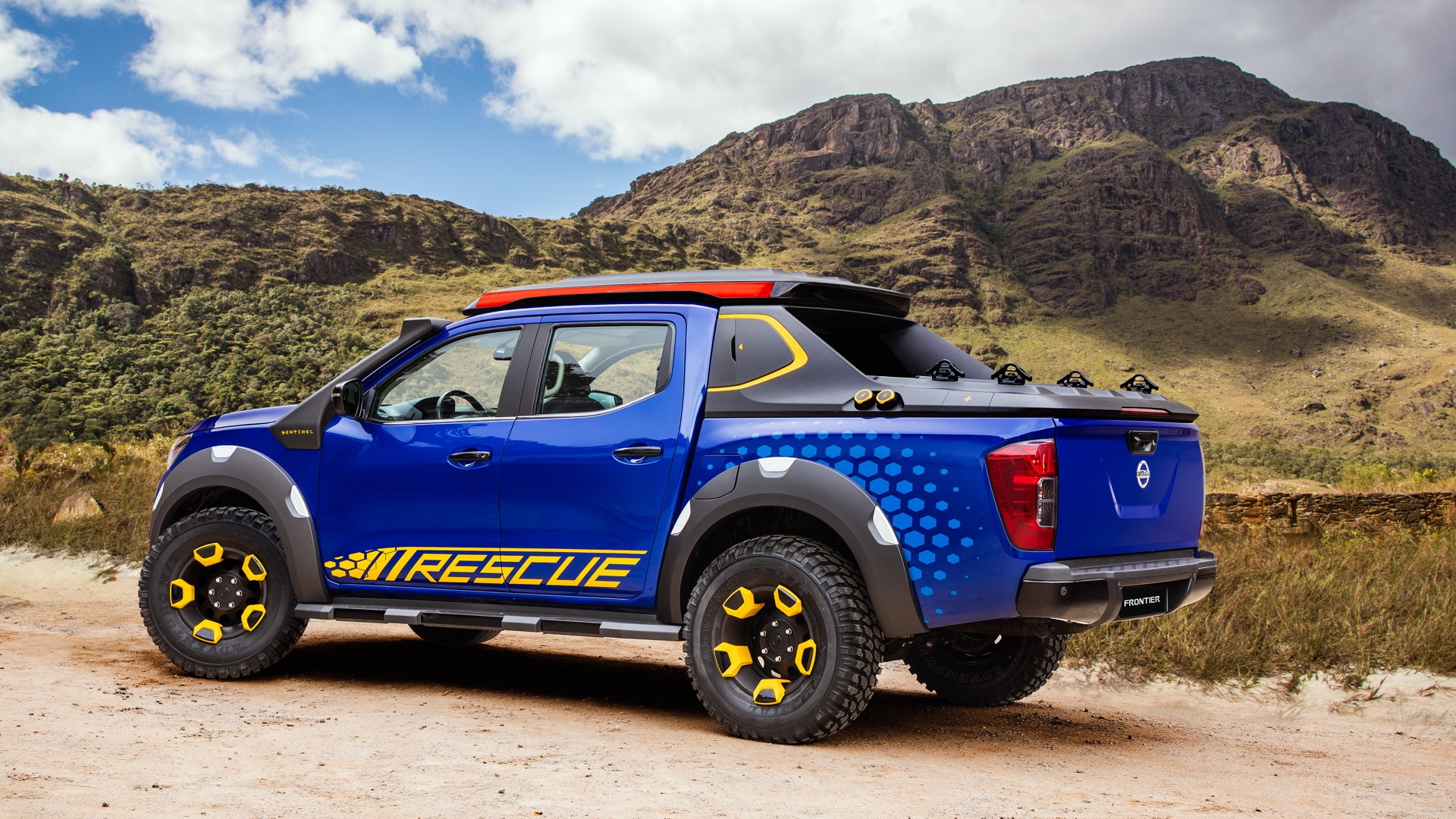 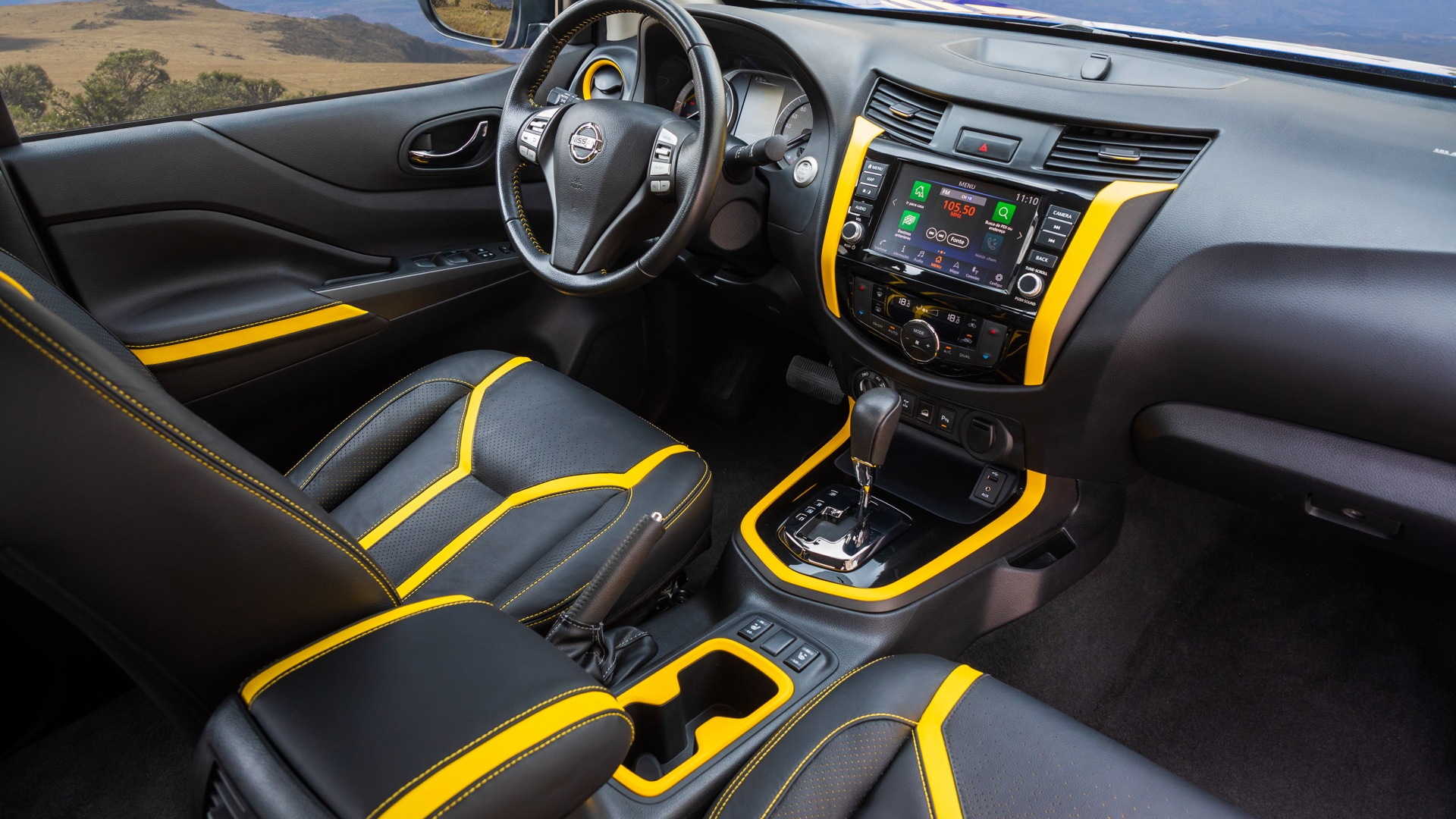 In a concept vehicle for the São Paulo Motor Show, Nissan has outfitted its local-market Frontier pickup with two Leaf battery packs—creating what it’s calling the Frontier Sentinel.

But it’s not anything close to what you might suspect. The Sentinel isn’t Nissan’s hint of what it could do in applying its Leaf technology to a long-established format—the mid-size body-on-frame pickup—but a diesel vehicle “designed for rescue missions in all types of Brazilian terrain.”

To accomplish that, Nissan has upfitted the cargo bed to keep the two battery packs snug and safe (and, we would hope, ventilated). Assuming these are second-life 24-kwh packs, they together should provide 30 kwh or more of power—enough to power the average American house, which is hardly a paragon of world efficiency, for a day.

The top of the cargo bed and battery cover also acts as a platform to serve as a launch pad for a drone, and the cargo bed has a set of drawers for tools and supplies. With a strengthened roll bar, Nissan says the truck is sturdy enough for “the most extreme and remote areas.” 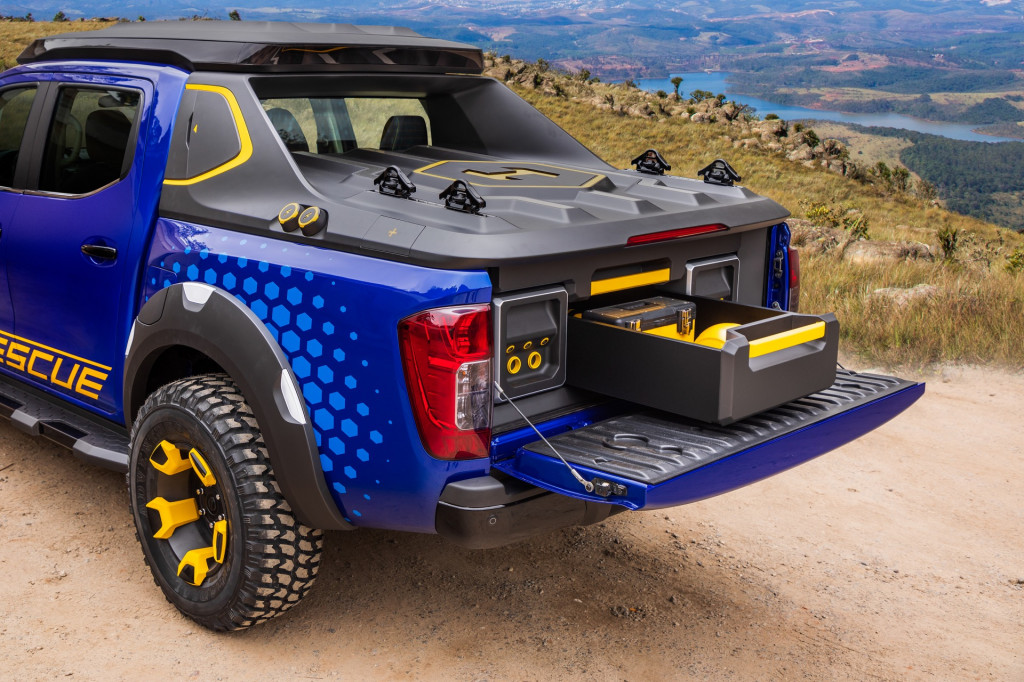 The truck actually depends on a tank of diesel fuel to move. It’s powered by a 2.3-liter turbo-4 diesel engine and 7-speed automatic transmission. It’s not clear from the release whether the truck has upgraded generator systems that can use the engine if needed to charge up the battery.

It’s likely a trend we’re going to see more of, as automakers look for more second-life uses for vehicle battery packs. Auxiliary power for commercial and special-use vehicles, where they can reliably store a certain amount of energy, but it’s no longer weight-efficient, seem like a good use for that.

Of course, we can’t help but wonder if Nissan could make the truck electric, too. It’s a product that Tesla is already working on, along with Workhorse and several other startups. The first company that can offer up the whole truck—traction battery and all—as emergency power when times get tough, is going to look like the winner.