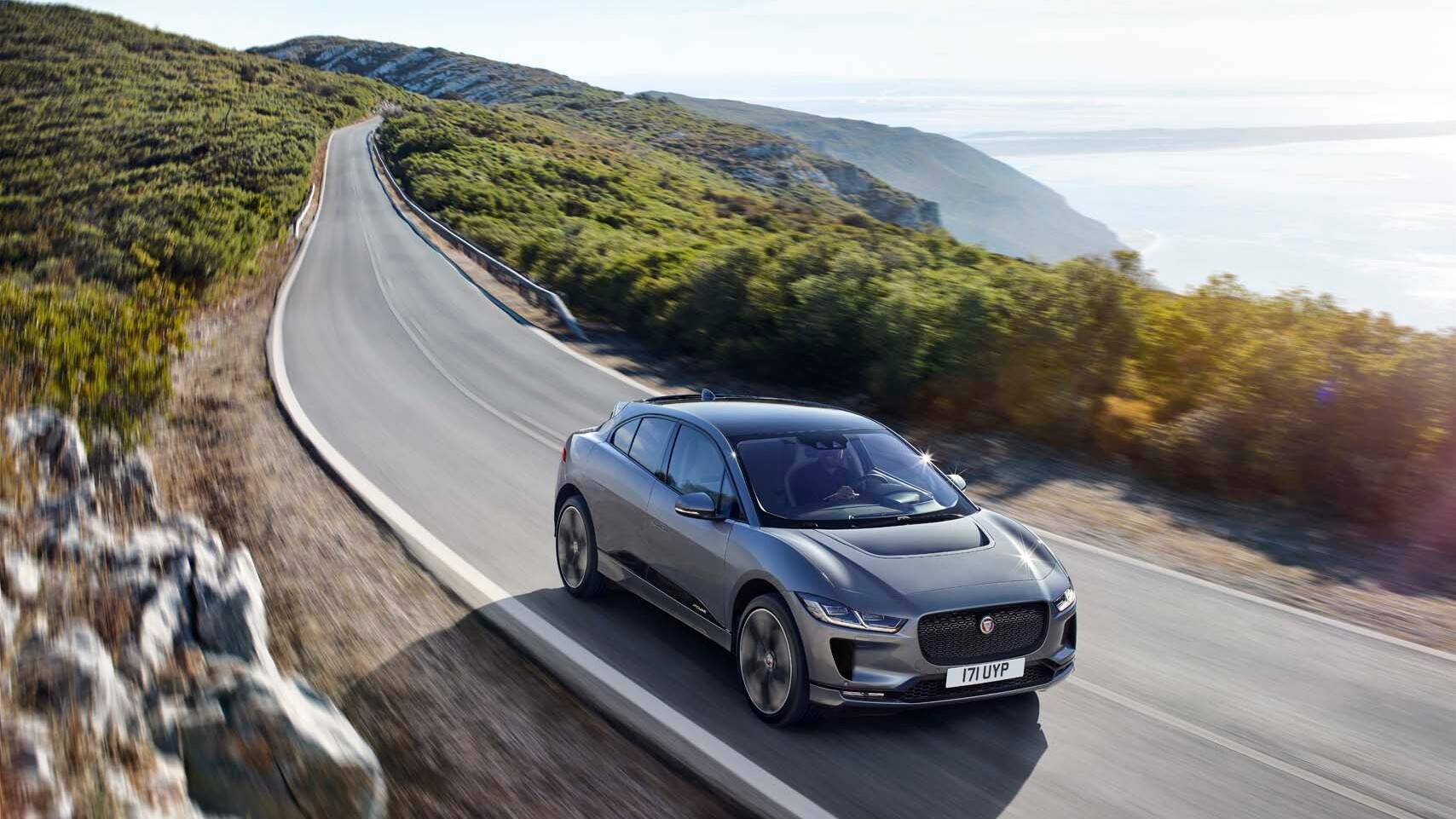 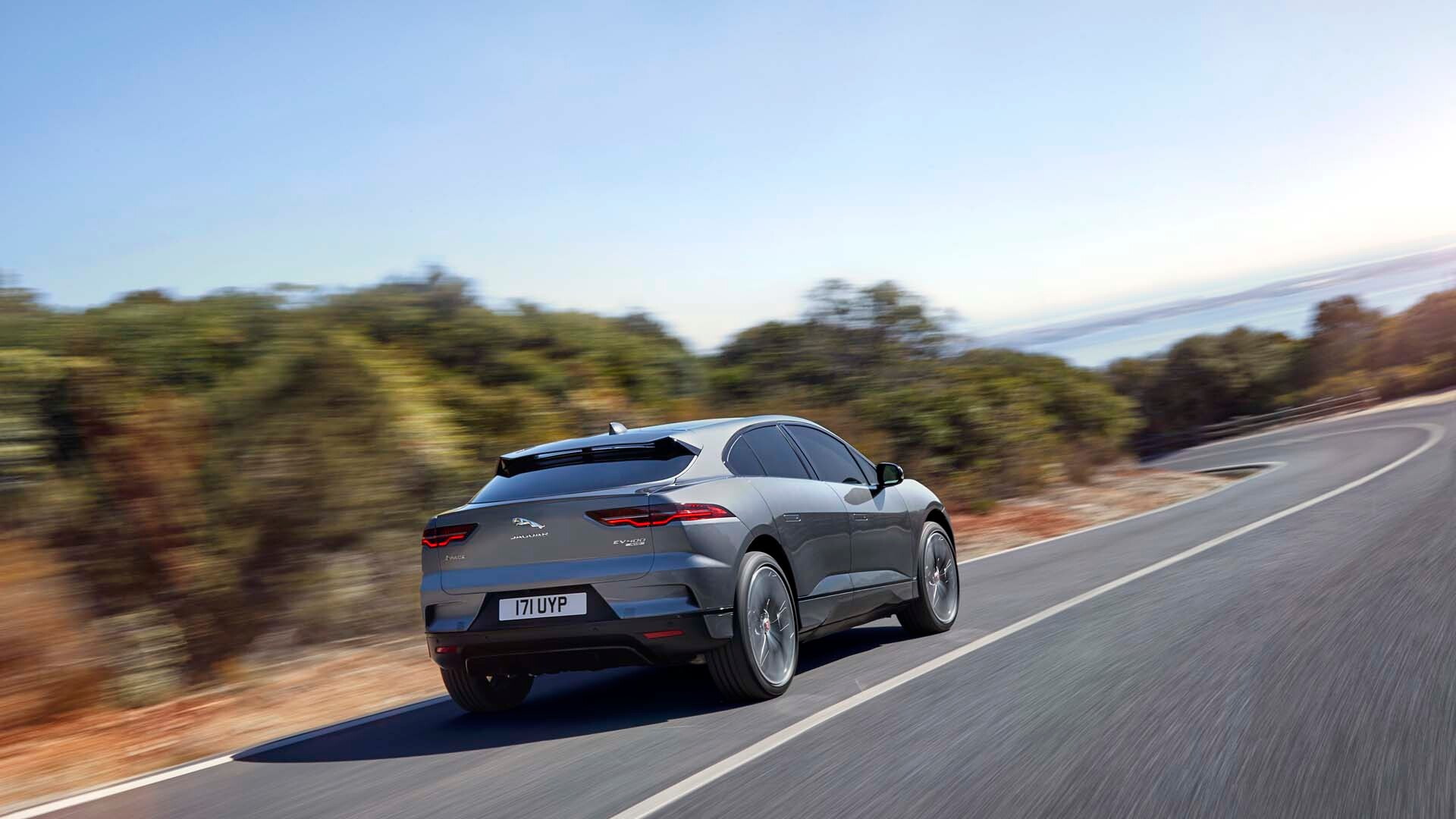 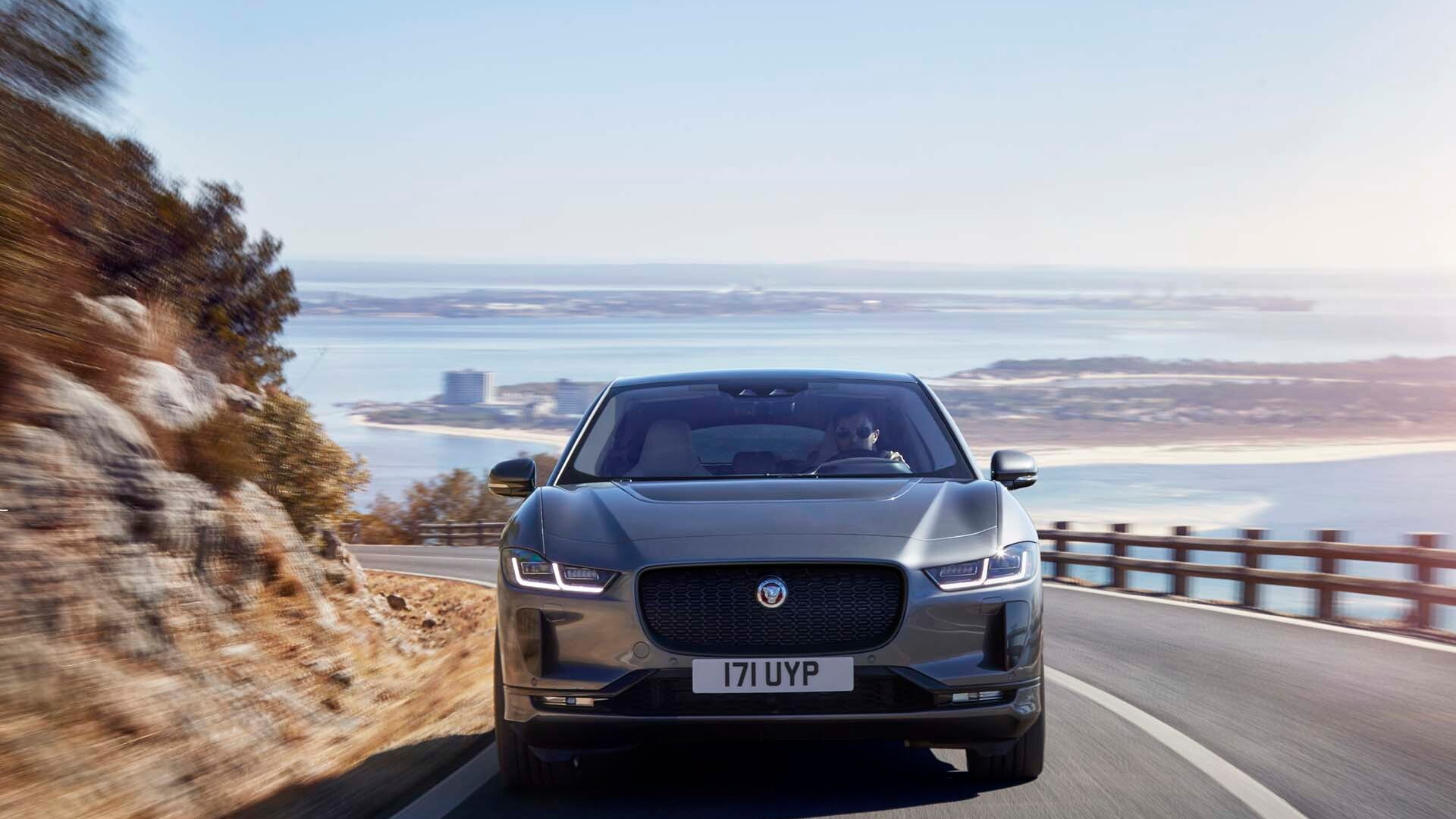 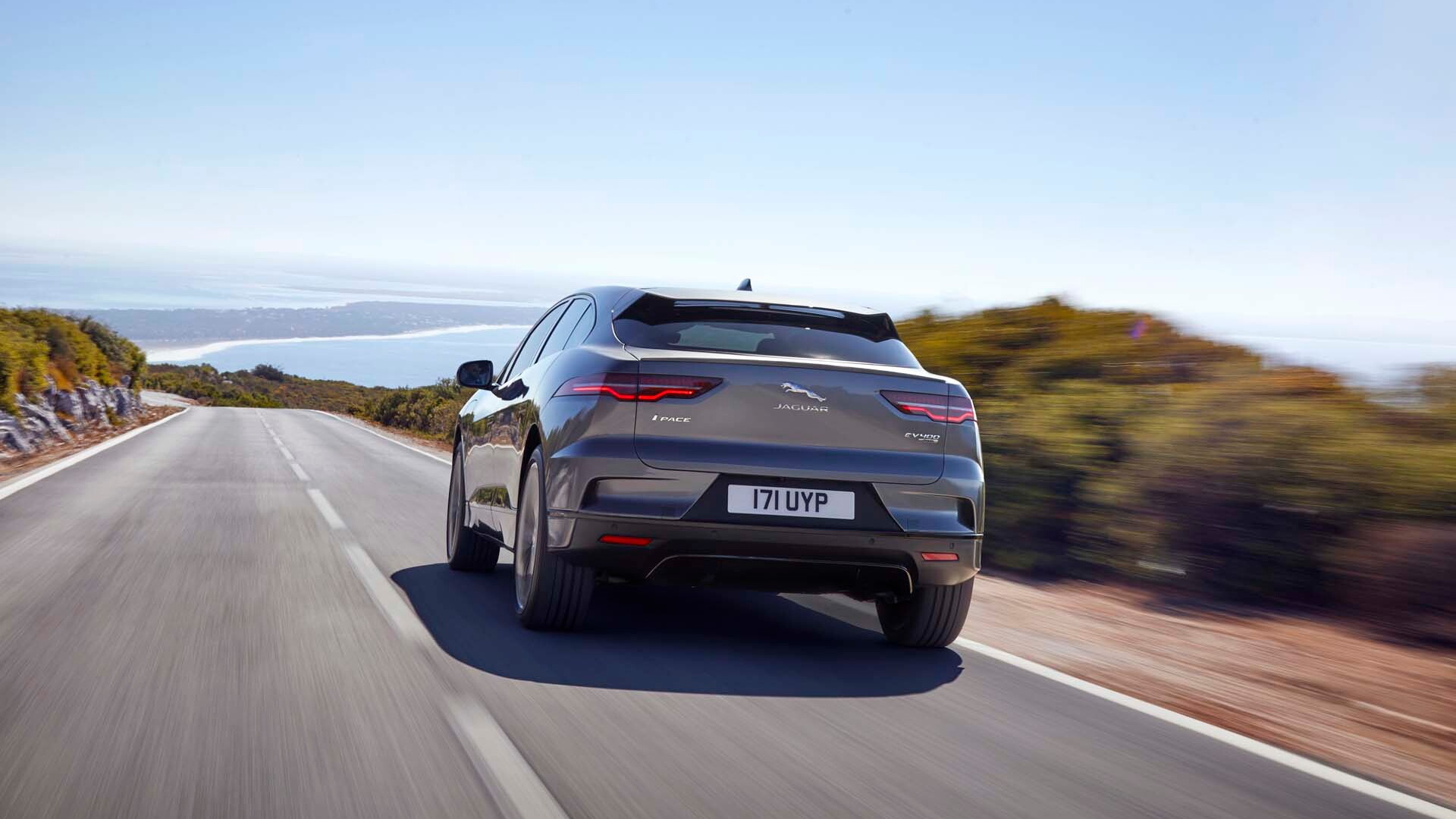 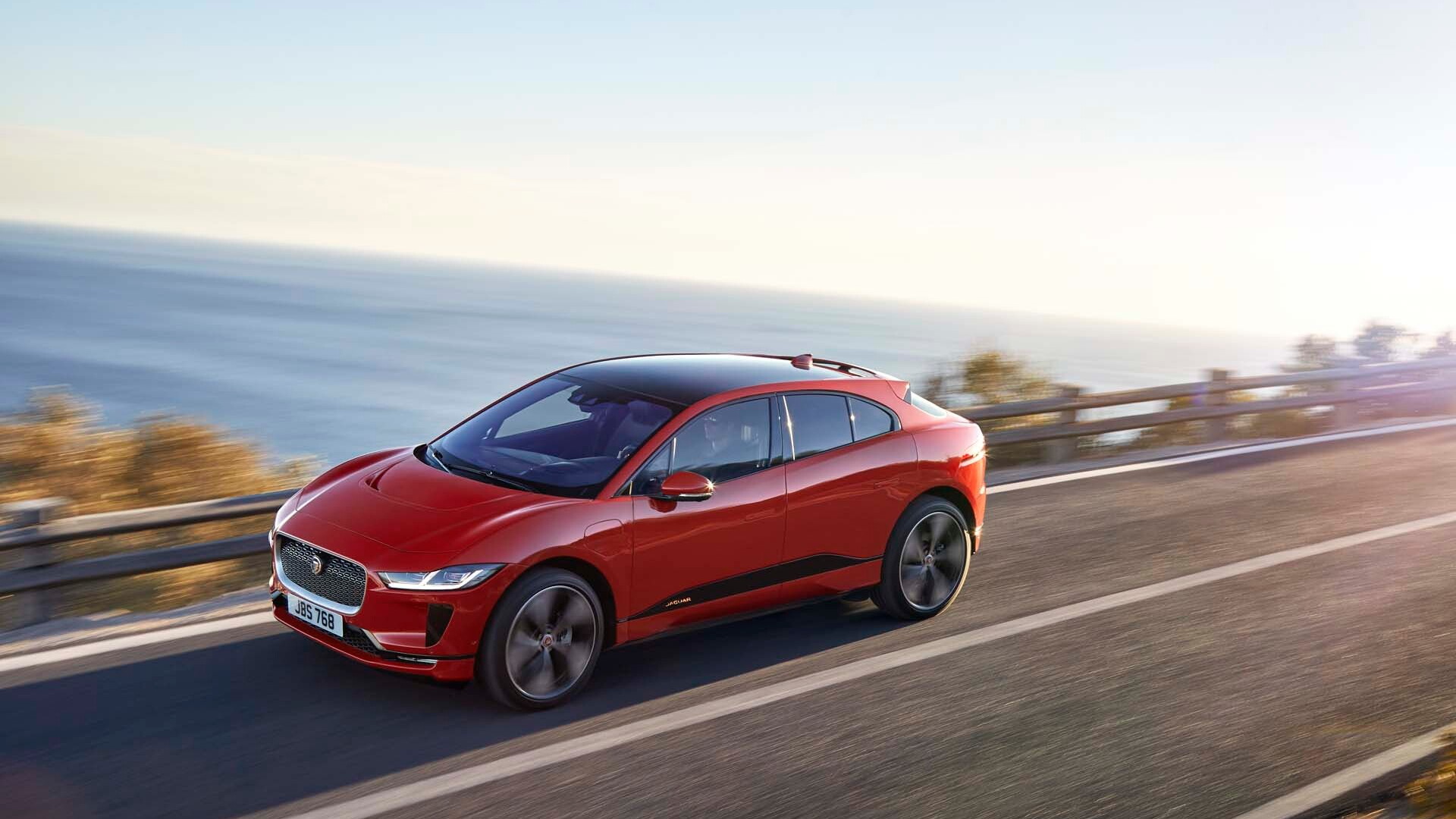 Total sales by Jaguar Land Rover are a fraction of those by its rivals Audi, BMW, and Mercedes-Benz.

Arguably, that has required the British luxury maker to be more agile and more creative to compete.

While Audi has discussed its plans for an all-electric crossover utility version for more than two years now, Jaguar's electric-car plans only broke cover in November 2016.

Yet the 2019 Jaguar I-Pace was unveiled in production form on Thursday, a few days before the 2019 Audi e-tron appears at the Geneva auto show—and far ahead of the BMW iX3 or Mercedes EQC expected for the 2020 model year.

The electric SUV that will appear in European showrooms late this summer and U.S. dealers this fall is relatively close to the concept version shown at the 2016 Los Angeles auto show.

UPDATE: Further information indicates the U.S. range will be rated by the EPA at 240 miles, while the Jaguar I-Pace will receive a 298-mile rating under the new WLTP test cycle used in Europe. The previous NEDC test used there would have returned a rating of 336 miles.

The 2019 I-Pace uses a pair of motors, designed by Jaguar itself drawing on experience from its FIA Formula E racing team, that provide combined output of 294 kilowatts (394 horsepower).

Acceleration from 0 to 60 mph is quoted at 4.5 seconds, although future performance versions will likely improve on that number.

The I-Pace comes with fast charging built in, using the CCS protocol and capable of up to 100 kilowatts, meaning the battery can be recharged from empty to 80 percent in 40 minutes at locations capable of charging at that rate.

That's lower than the 150 kw Audi has promised for its 2019 e-tron crossover, which will compete directly with the I-Pace, but it remains unclear how many public charging stations will be in place to offer that output when either vehicle launches.

The onboard charger in the I-Pace allows a recharge to 80 percent using a conventional 240-volt Level 2 home charging station in roughly 10 hours.

As for its design, Jaguar's first-ever battery-electric production car sticks with the short-nose, long-cabin proportions that won plaudits in Los Angeles 18 months ago.

The 4,800-pound electric crossover is the same length as the smaller XE compact sedan, but offers cabin and cargo volume on a par with the conventionally engineered F-Pace crossover.

It's built on a dedicated electric-car architecture that takes full advantage of the compact powertrain allowed by front and rear electric motors and a thin, flat battery pack mounted under the cabin floor.

Jaguar says the car's structure is "aluminum-intensive," without specifying the mix of aluminum and steel it uses.

Other firsts for the I-Pace include its ability to receive over-the-air updates to its control software, a new capability in any Jaguar or Land Rover—although one offered in the Tesla Model S for almost six years.

The I-Pace will include a setting to allow "one-pedal driving," the stronger regenerative braking that allows a driver to accelerate and brake simply by varying the pressure on the accelerator pedal.

That feature is now offered on electric cars from BMW, Chevrolet, Nissan, and Tesla, which—again—pioneered it.

A gigantic glass moonroof panel gives the I-Pace cabin a light and open feel, again a touch that some may say Jaguar cribbed from Tesla, which is presently building that feature into all Model 3 sedans now being produced.

In the cockpit, Jaguar has adapted the company's twin-touchscreen InControl Touch Pro Duo infotainment interface, using a pair of displays stacked in the center on the dashboard.

Similar to the one first seen on the Range Rover Velar, the system dedicates the top unit to navigation and audio functions, while the lower handles climate and convenience features. A set of rotary knobs below it can be used for different functions depending on what the screen is controlling.

The instrument cluster is actually a 12.3-inch display that can be set to show a driver's preferred operating information. A head-up display will be offered sometime after the I-Pace launches.

Jaguar notes it's the company's first product to incorporate the Amazon Alexa smart assistant, which can answer a variety of questions, including those about the electric car's state of charge.

While Jaguar was first to use a rotary drive controller, about a decade ago in its restyled XF mid-size sedan, the I-Pace dispenses with the knob altogether, using pushbuttons to conserve console space.

Trim finishes inside will be a choice of gloss black, glossy ash wood, and machined aluminum.

The standard trim levels will be S, SE, and HSE, along with a limited-run First Edition version to celebrate the launch.

While final trim specifications aren't out yet for the U.S., Jaguar said leatherette, two grades of leather, and a fabric that pairs wool-blend with suede cloth upholstery will be offered.

Prices for the U.S. model of the 2019 Jaguar I-Pace were specifically not discussed on Thursday, but will be released next Tuesday morning at the Geneva auto show.

U.S. buyers can place orders for the I-Pace at Jaguar Land Rover dealers as of Thursday.

All Jaguar I-Pace models will be assembled by Magna Steyr at a plant in Graz, Austria, though Jaguar has said it hopes to bring electric-car production to its home in England's Midlands at some point in the future.