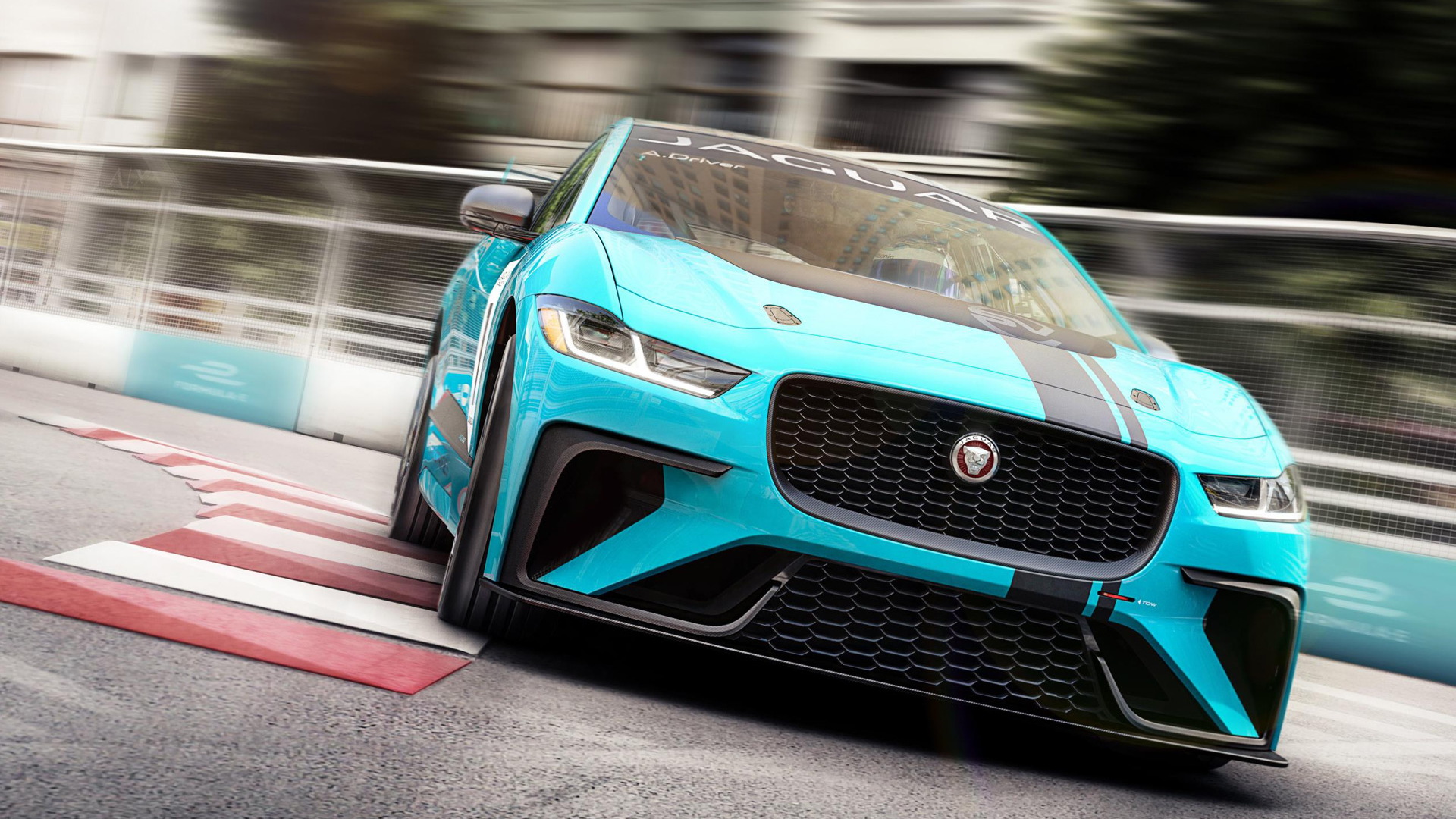 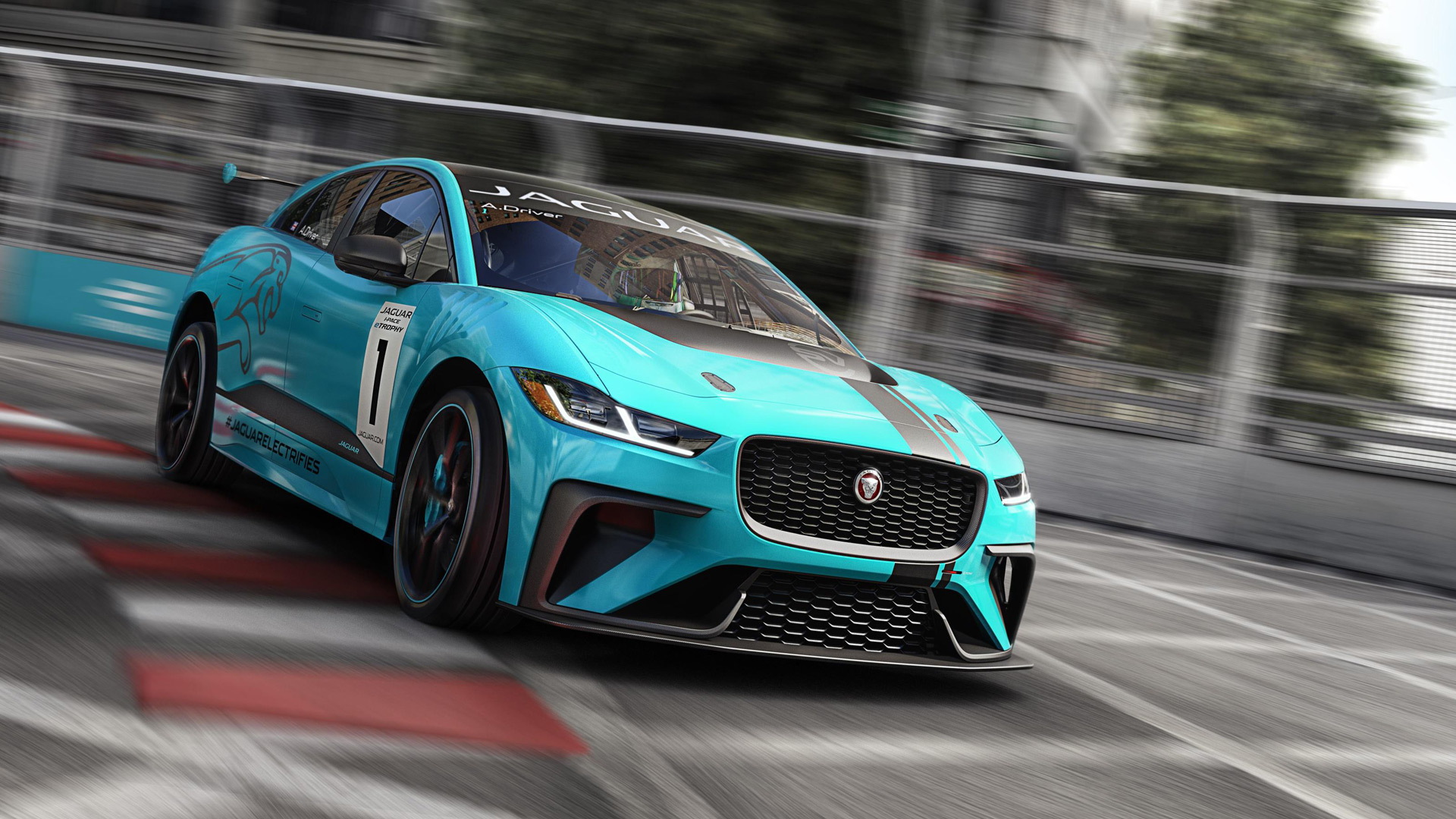 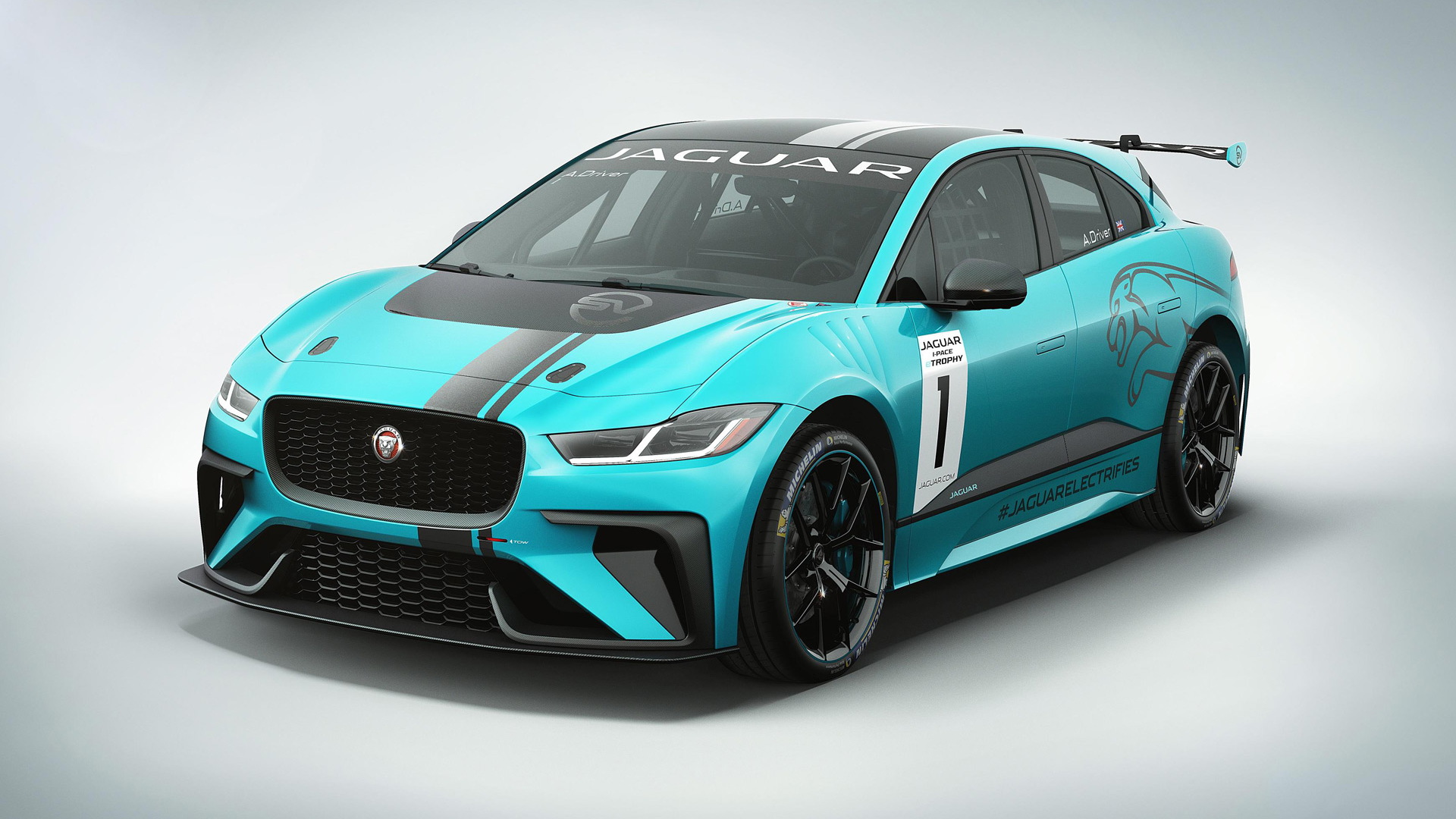 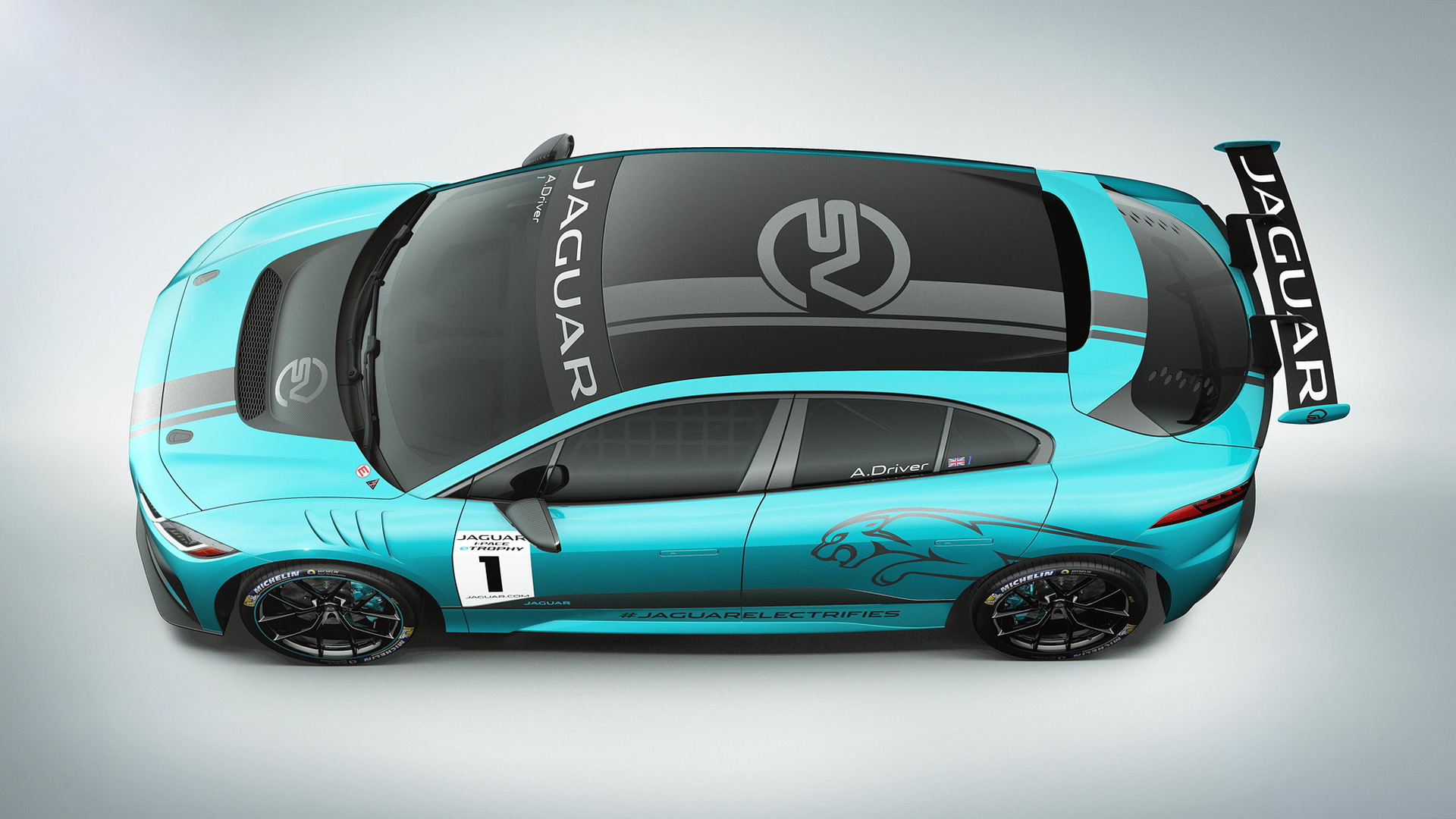 Media days at this week's Frankfurt motor show seemed to be all about electric cars and concepts, from mass-market brands like Volkswagen to luxury makers like Mercedes.

Jaguar Land Rover, however, was able to get its own share of press by announcing that its upcoming electric car would go racing.

Specifically, the Jaguar I-Pace all-electric crossover utility that will launch late next year is getting its very own racing series.

That series, starting in late 2018, will be held at the same circuits and on the same weekends as the FIA Formula E open-wheel electric-car race series, which travels to major cities around the world.

The racing versions of the Jaguar I-Pace will be constructed by JLR Special Vehicle Operations in its workshops and factory in Warwickshire, England.

Details of the race cars' technical specifications, as well as costs for teams that want to buy one of spec cars, will be released next year. 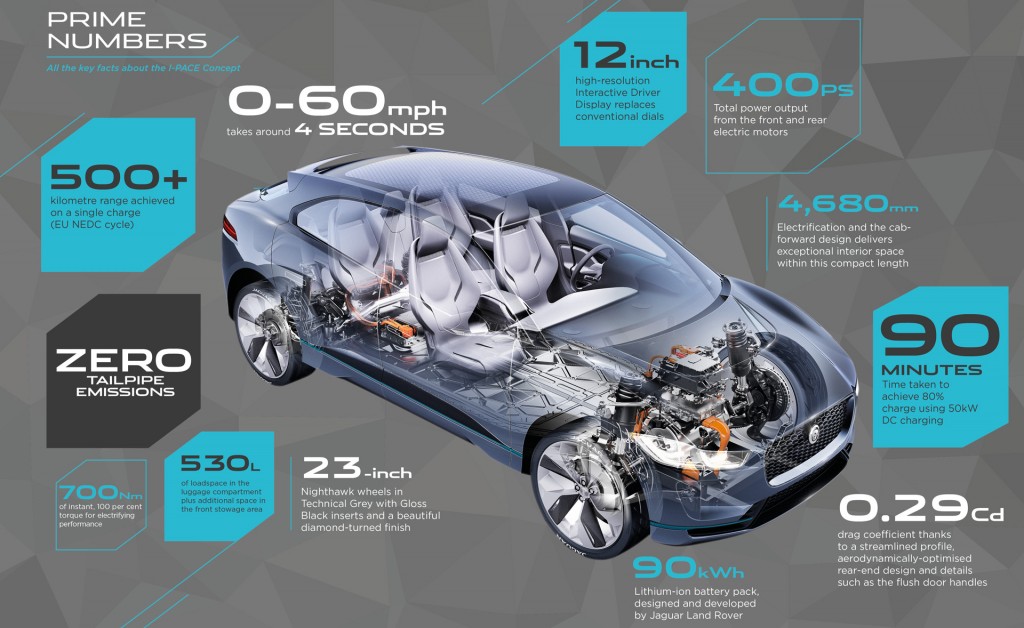 The goal is to give "racers of the future a chance to showcase their talent," Jaguar said, "competing on the world stage in zero-emissions motorsport."

Aspiring racers who get their start in what's being called the Jaguar I-Pace eTrophy series could logically move up to competing in the faster open-wheel Formula E series in due course.

READ THIS: 11 things you need to know about Formula E electric-car racing

Up to 20 I-Pace race cars could compete on the Formula E courses, though given the tight confines of some of them, the opportunities for passing in two five-passenger SUVs side by side may be somewhat limited.

Jaguar envisions that 10 races in the Formula E season that begins late in 2018 will add the I-Pace eTrophy series, including Hong Kong, New York, Paris, and Sao Paolo. 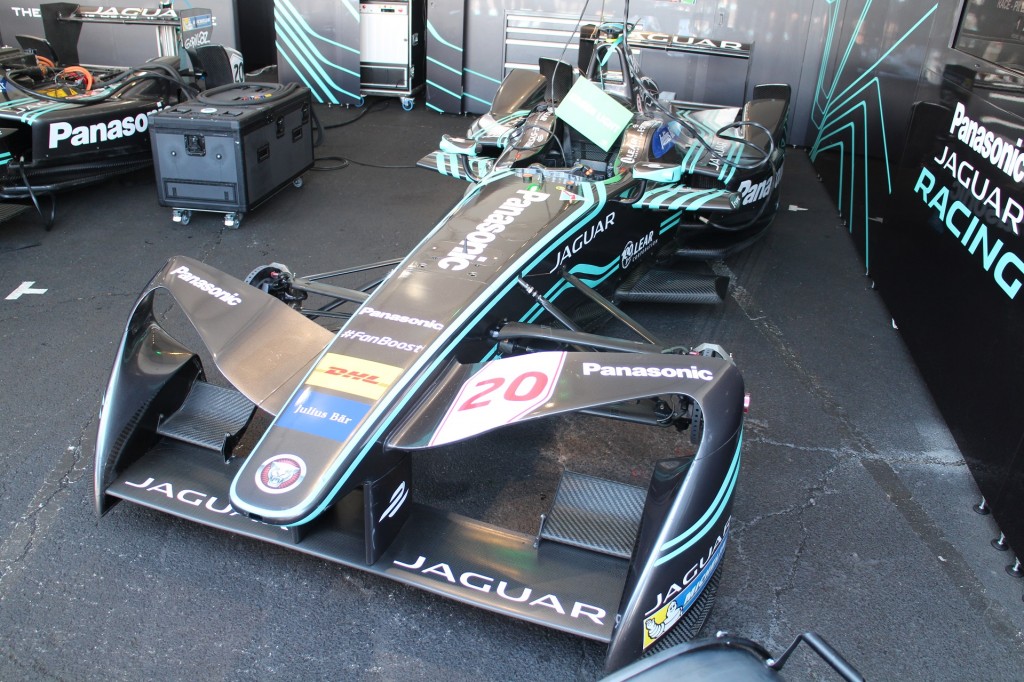 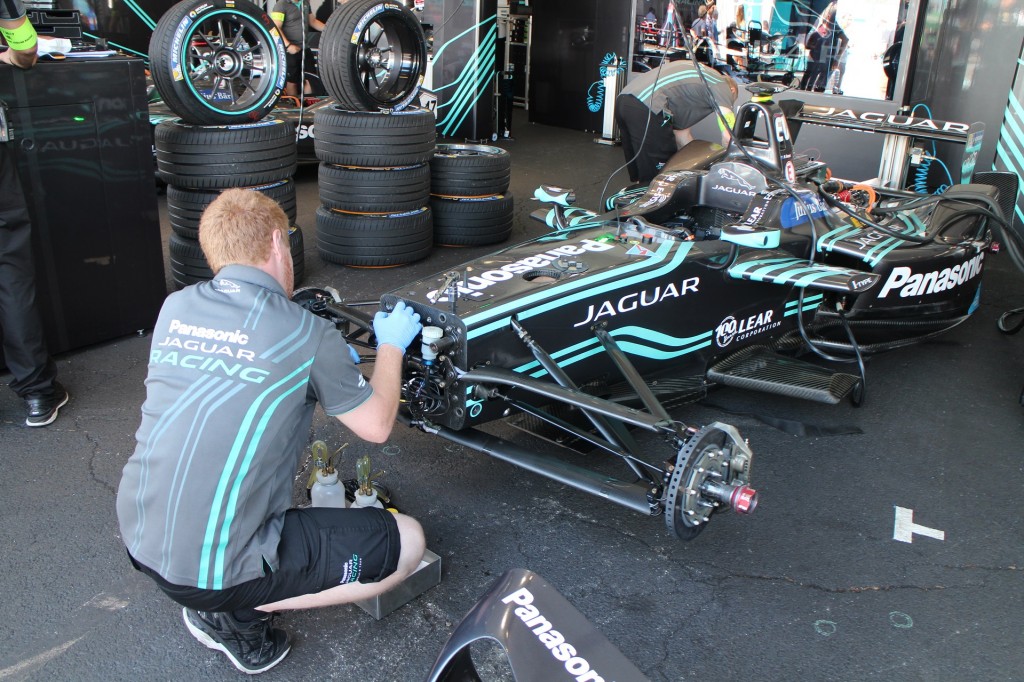 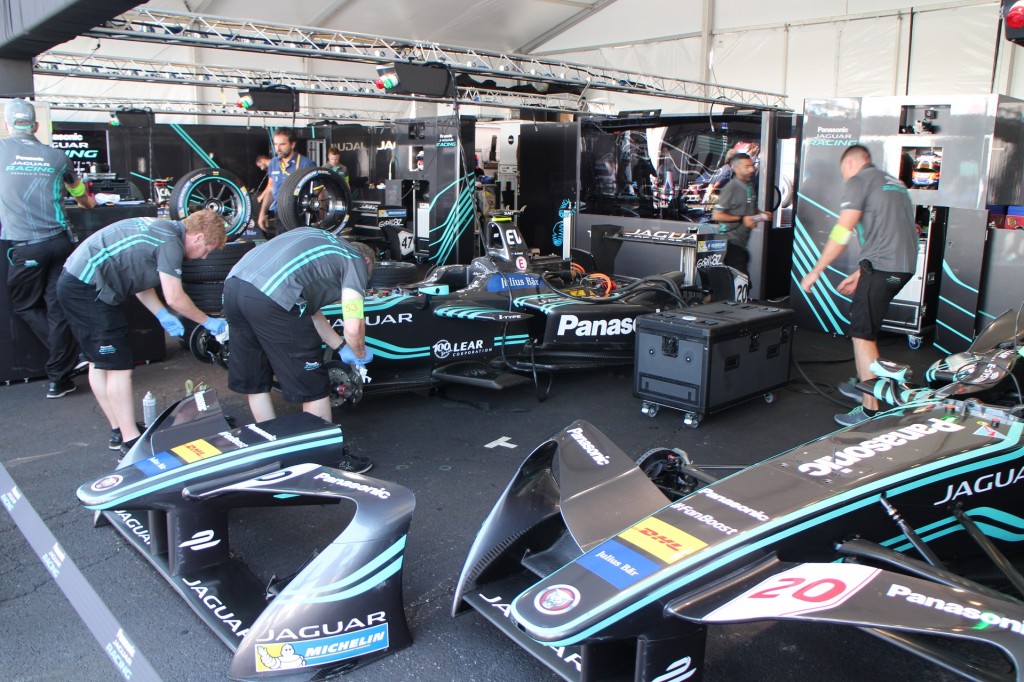 The Jaguar I-Pace that will launch in late 2018 features a combined 400 horsepower from front and rear electric motors, giving it all-wheel drive, and 0-to-60-mph acceleration in around 4 seconds.

It debuted last fall at the Los Angeles auto show, and received wide acclaim for retaining Jaguar design language in a proportion that took advantage of the electric drivetrain to provide more passenger cabin room and a shorter nose.

CHECK OUT: Why all electric-car owners should follow Formula E racing

One of the few people who've driven the pre-production I-Pace so far is Magna's president of vehicle technology and engineering, Karl-Friedrich Stracke, who told Automotive News the first electric Jaguar has "unbelievable" acceleration.

It's faster than a Tesla (presumably the Model X utility vehicle), he said, all of which sounds like it bodes well for the future racers of the Formula E series.