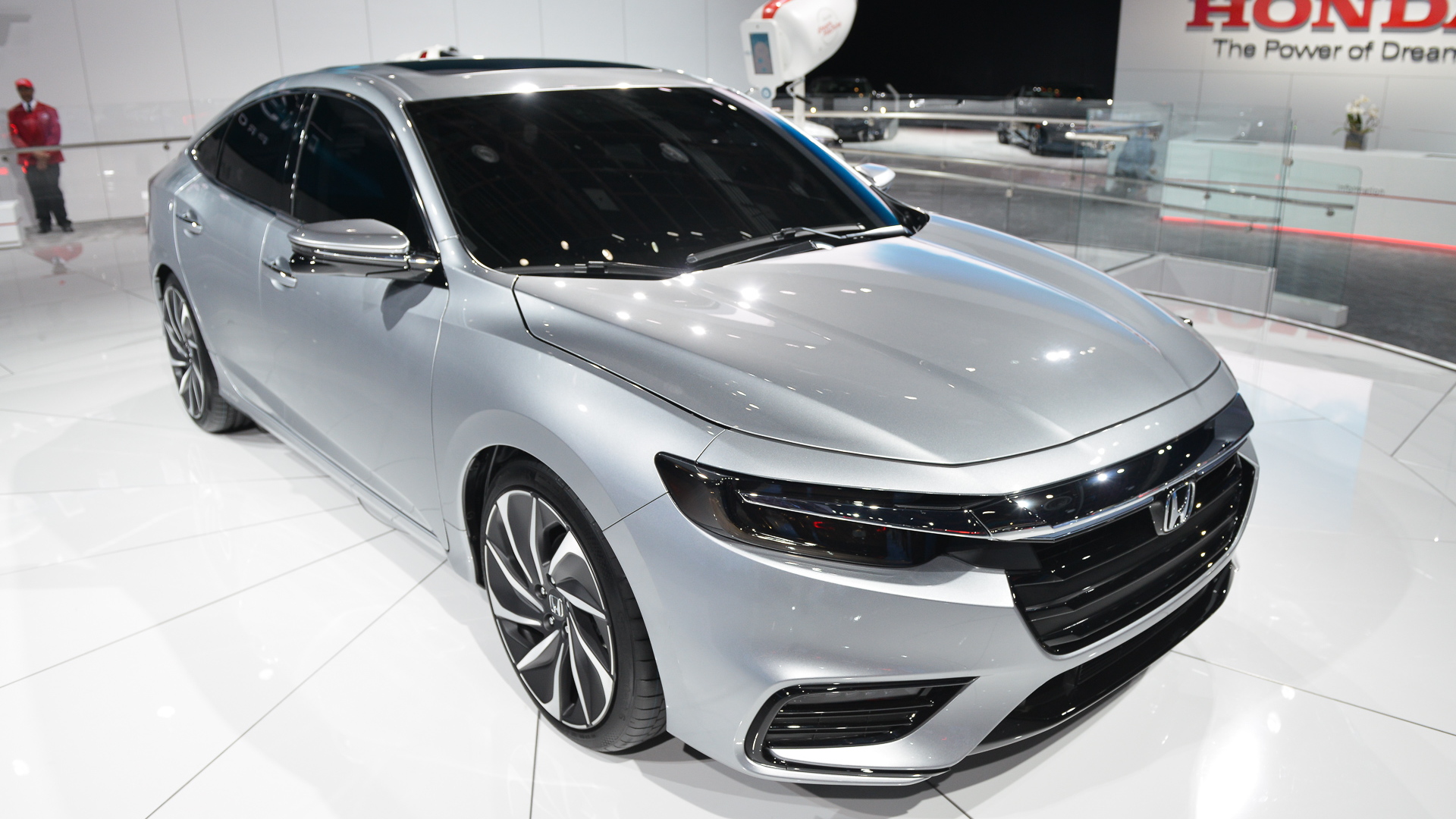 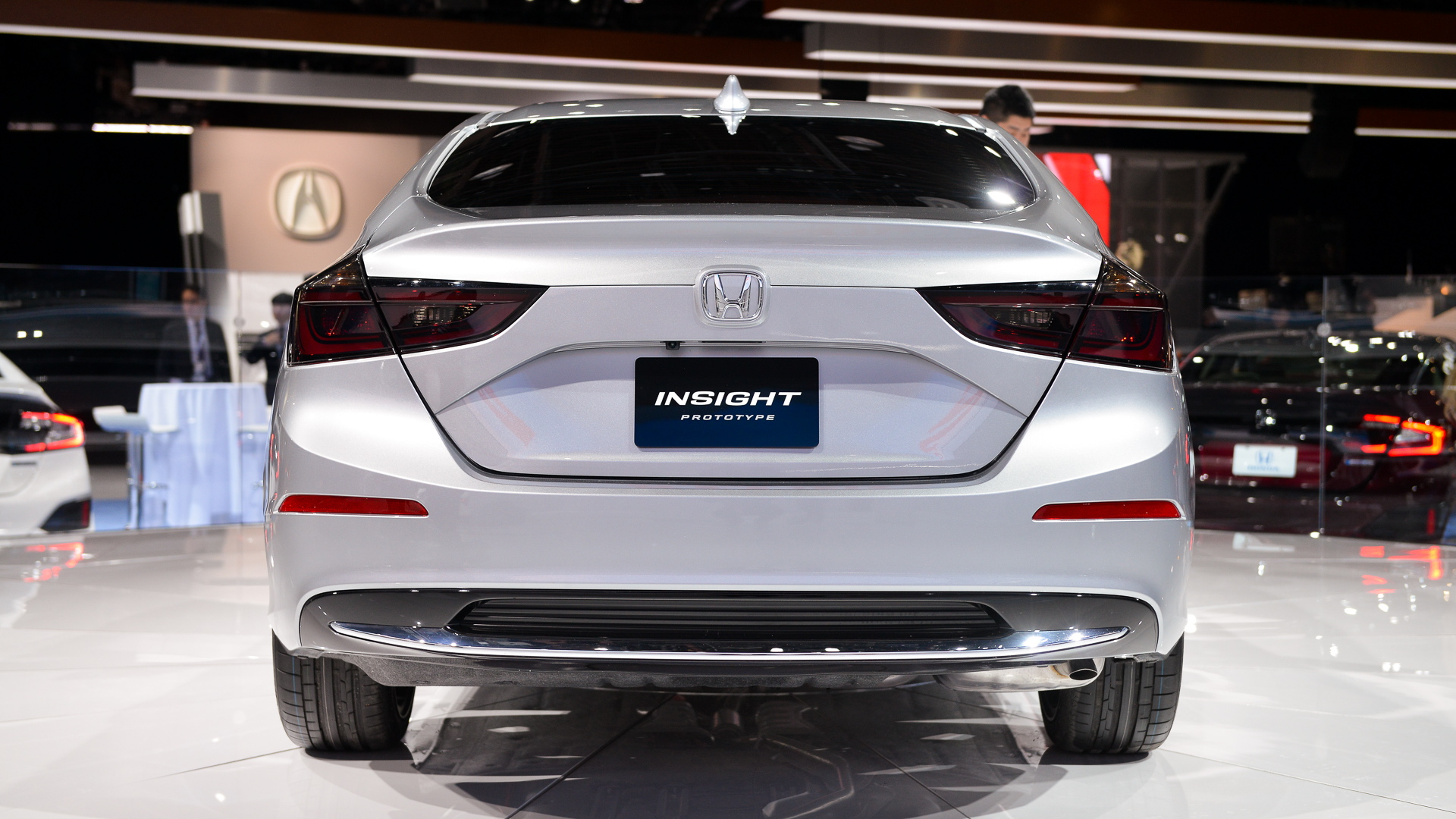 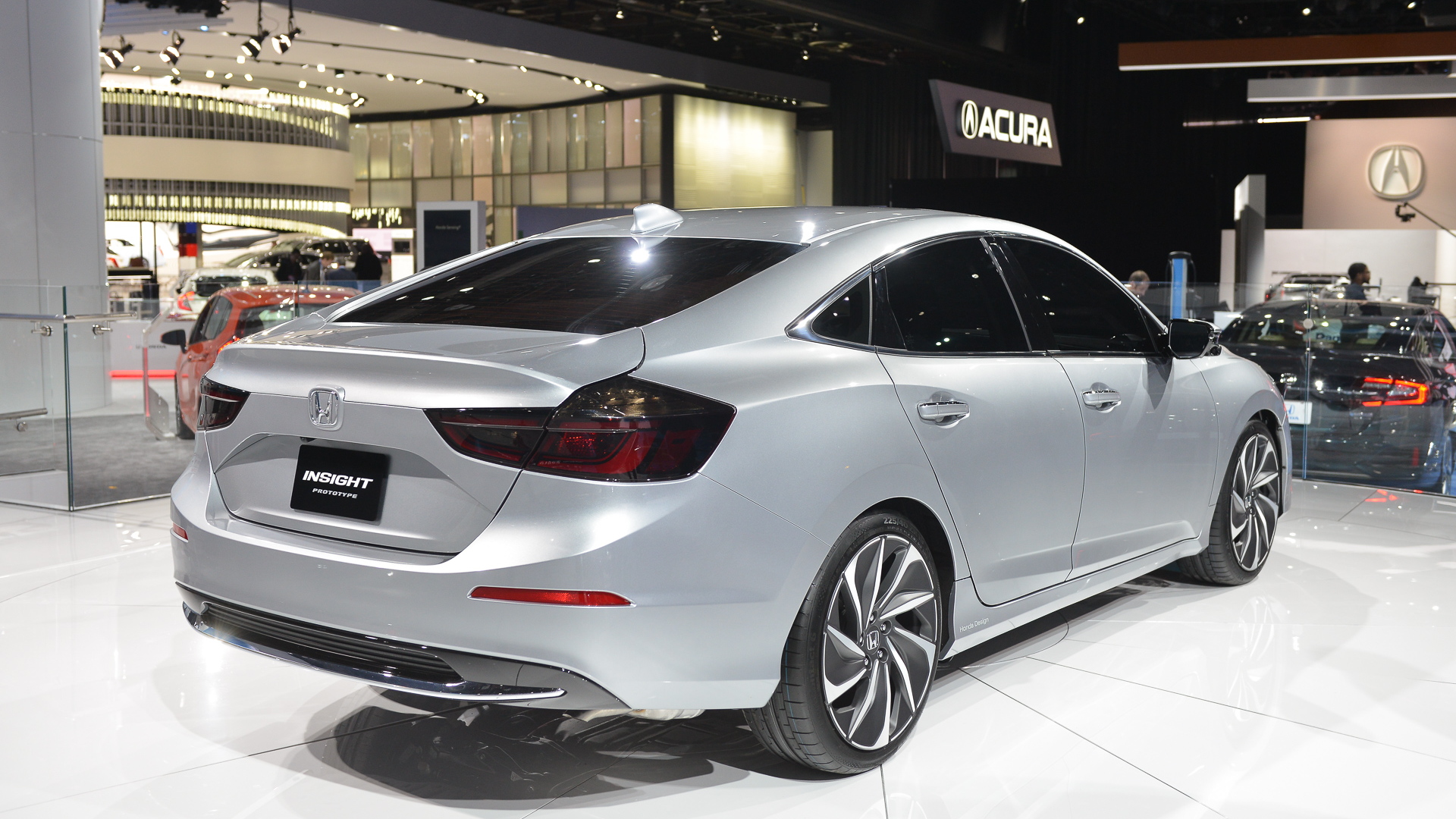 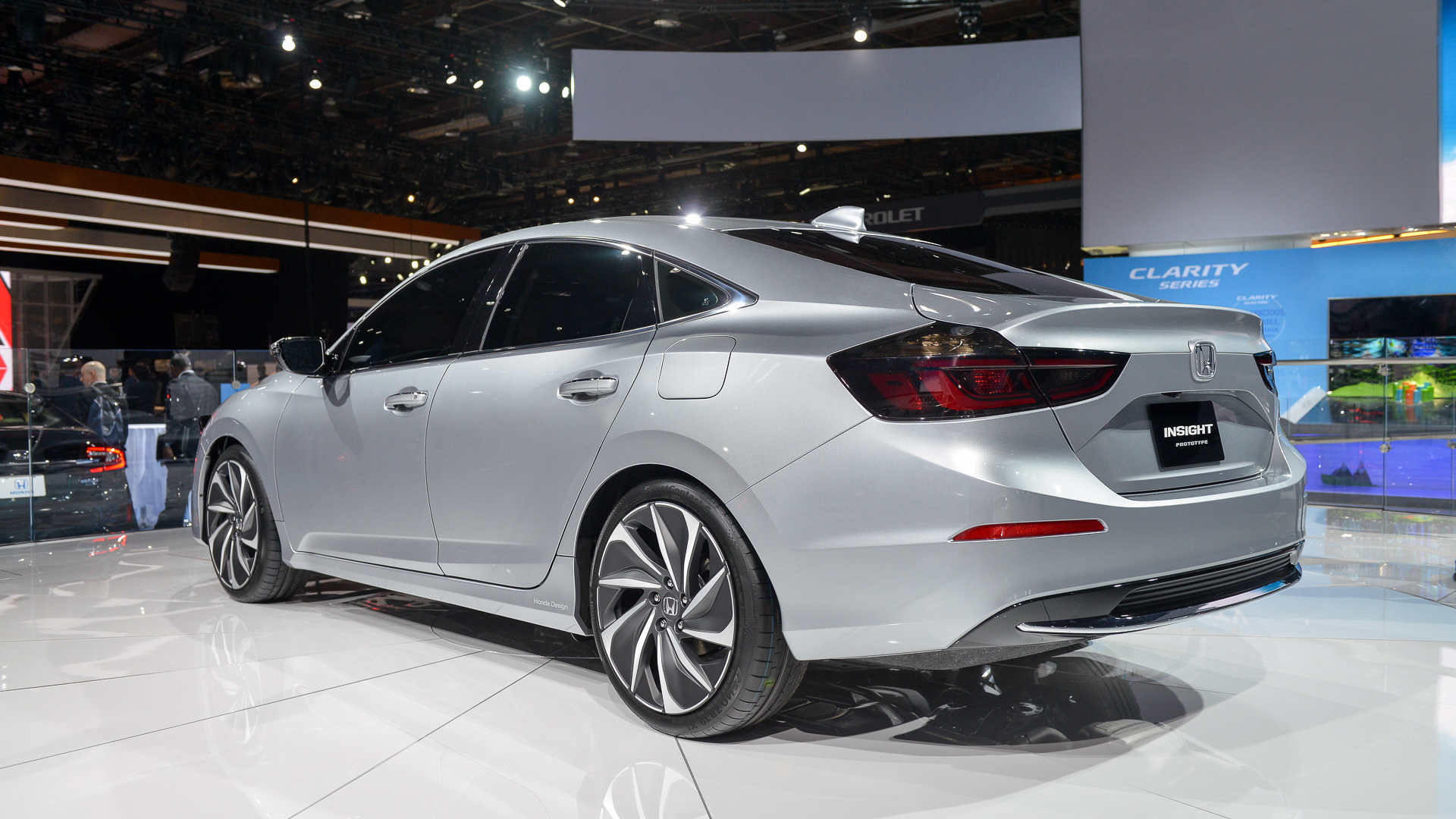 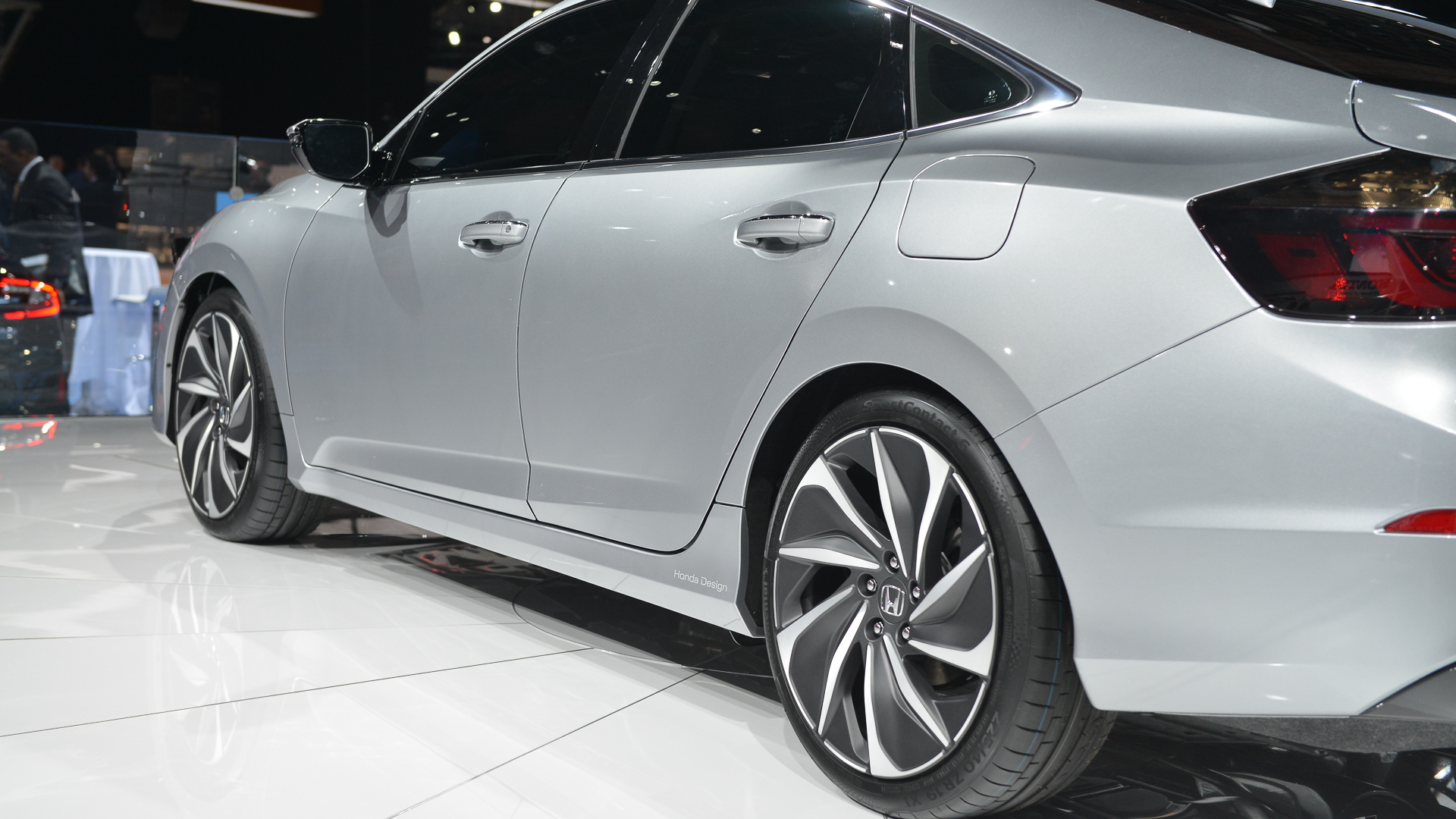 At the 2018 Detroit auto show, the Honda Insight Prototype was unveiled Monday to preview a production sedan due later this year.

Any new hybrid car from one of the pioneers of hybrid-electric vehicles is notable, and that's what Honda has delivered.

Honda called the car at the auto show an "Insight Prototype," though it looks about as close to a finished production car as any concept we've seen.

Interestingly, the third-generation Insight appears to be a hybrid version of the latest Civic, launched for the 2016 model year.

In other words: The Honda Civic Hybrid is dead! Long live the 2019 Honda Insight!

We've reached out to Honda for information on how closely the new Insight is related to the current Civic, and we'll update this article if we get more details.

Honda said the new Insight will sit above the Civic in its lineup of passenger cars, offering "premium style and high fuel efficiency in a sophisticated and spacious five-passenger sedan."

Crucially, the 2019 Insight will use Honda's two-motor full hybrid system, pioneered on the 2014 Honda Accord Hybrid sedan and now in its third generation in the 2018 version of that model.

The company said it expects the 2018 Honda Insight to receive an EPA combined fuel-efficiency rating of 50 mpg or better.

That compares to 56 mpg and 58 mpg for the highest-mileage versions of the Toyota Prius Liftback and the Hyundai Ioniq Hybrid, respectively. One version of the Kia Niro Hybrid is rated at 50 mpg combined as well.

The Insight's two-motor system is also used in the 2018 Honda Clarity Plug-In Hybrid, and is expected to appear in a future Honda CR-V Hybrid, a version of which has already been introduced in China.

The two-motor system allows sustained electric running for 1 mile or more, unlike the small mild-hybrid system used in the first- and second-generation Insights, which couldn't move the car on electric power alone.

The 2019 Insight, however, is a compact-to-mid-size four-door sedan—a far more popular segment for U.S. car buyers.

Honda said the latest Insight "takes an entirely new approach with the styling, packaging, premium features and performance desired by mainstream car buyers – a hybrid vehicle without any inherent compromise.

It will be a slightly smaller hybrid four-door sedan than the Accord Hybrid, new for 2018, for which fuel-economy ratings haven't yet been released.

The 2019 Insight will include the clever LaneWatch system used in numerous other Hondas, in which a camera in the right-side door mirror provides a view of the car's blind spot that is displayed on its center screen once the driver signals a right turn.

It will also incorporate the Honda Sensing suite of active-safety features. Those include adaptive cruise control, automatic emergency braking, lane-departure alert, and a new traffic-sign recognition feature that's been used on European cars for several years but is just making its way into mass-priced U.S. vehicles.

The 2018 Insight will also be built in the U.S., unlike the two previous generations, which were imported from Japan.

As such, it helps Honda by providing economies of scale for its high-volume Civic assembly line as passenger-sedan sales wane in the face of continually rising demand for SUVs and crossover utilities of all sizes.

The 2019 Honda Insight will go on sale in the summer of 2018, the company said. Pricing, final specifications and ratings, and trim details and features are only likely to appear a few weeks before it becomes available.

EDITOR'S NOTE: This article was originally published on December 19, 2017. It was updated with additional information on January 11, 2018.