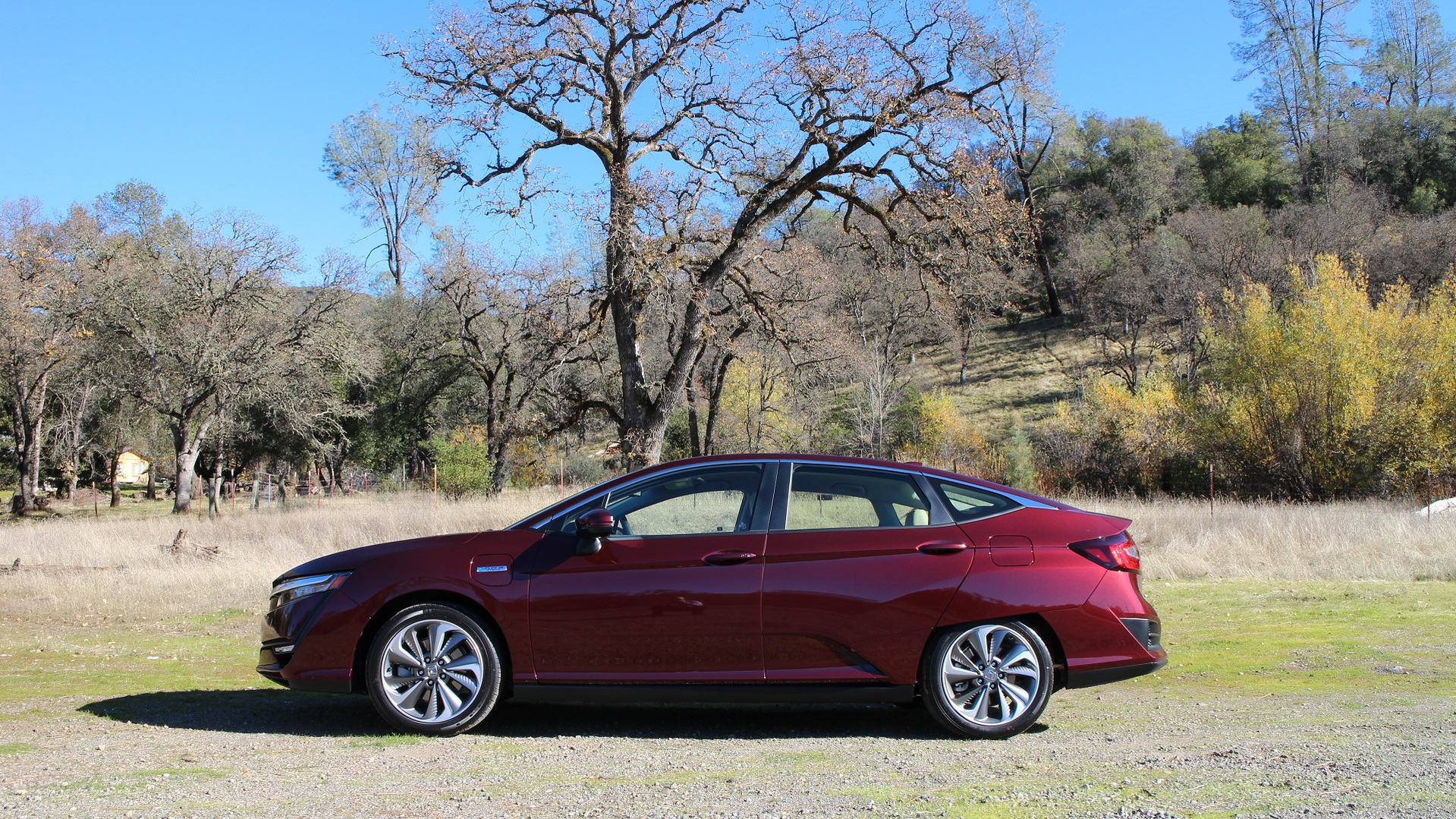 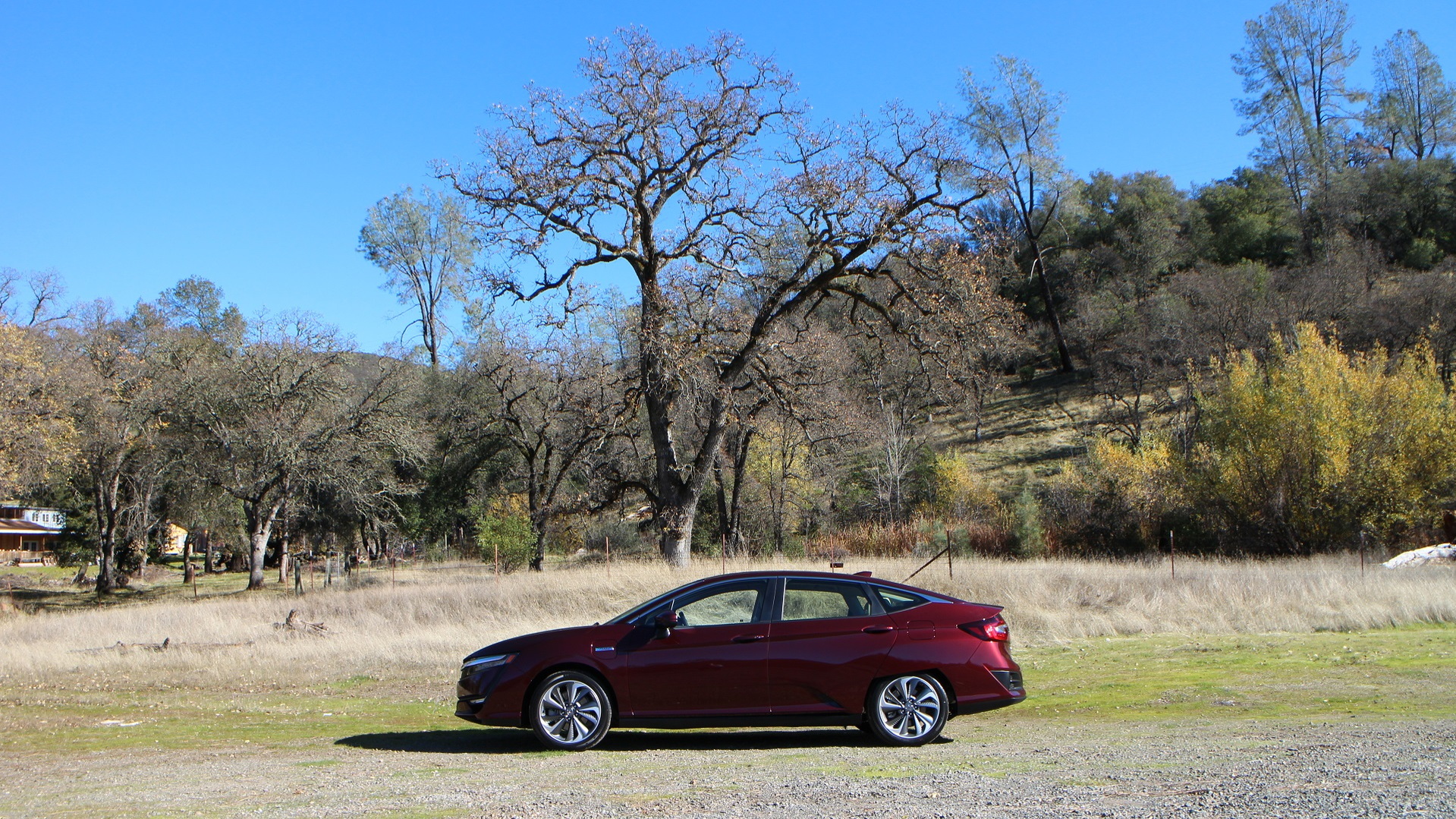 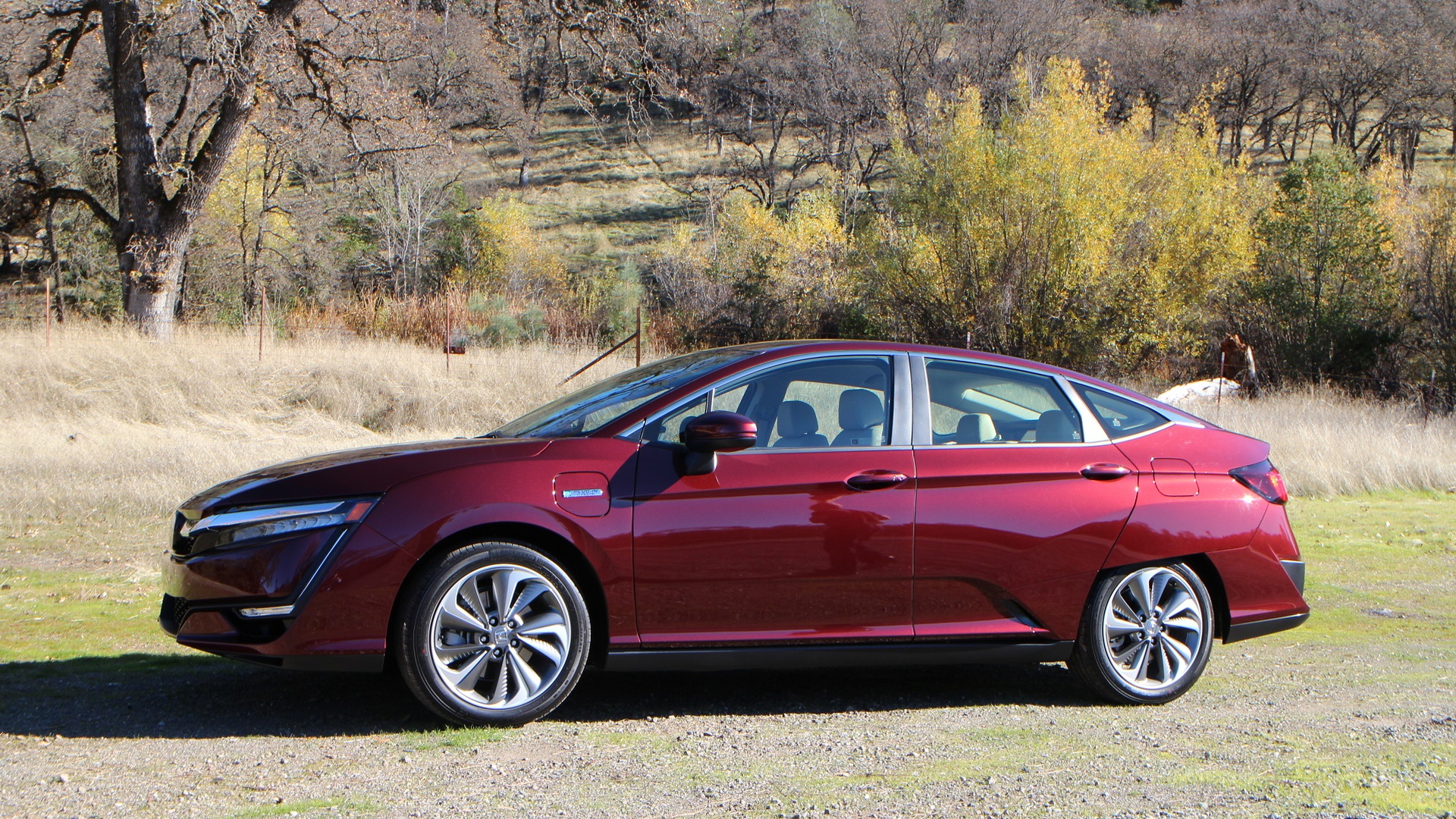 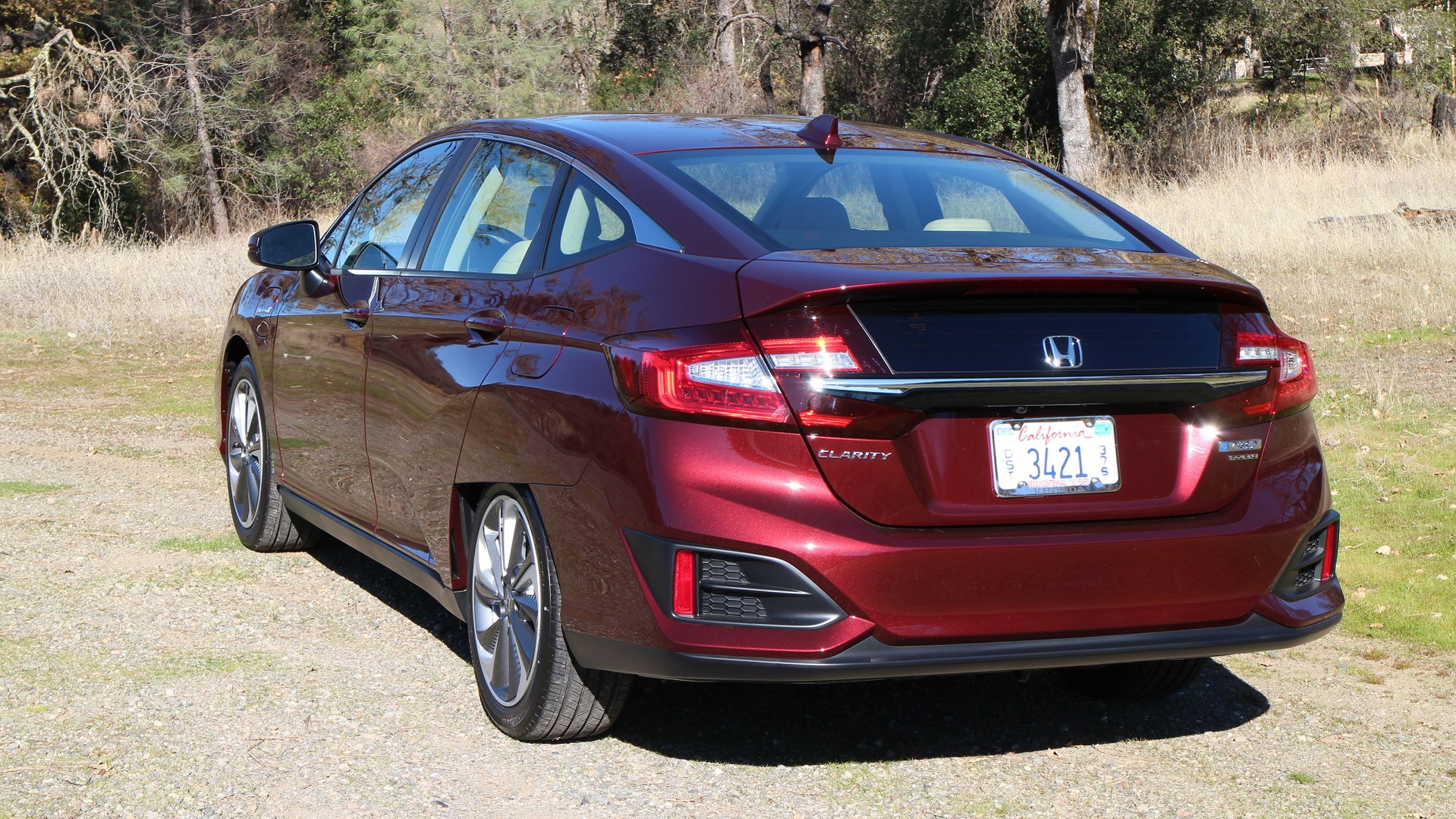 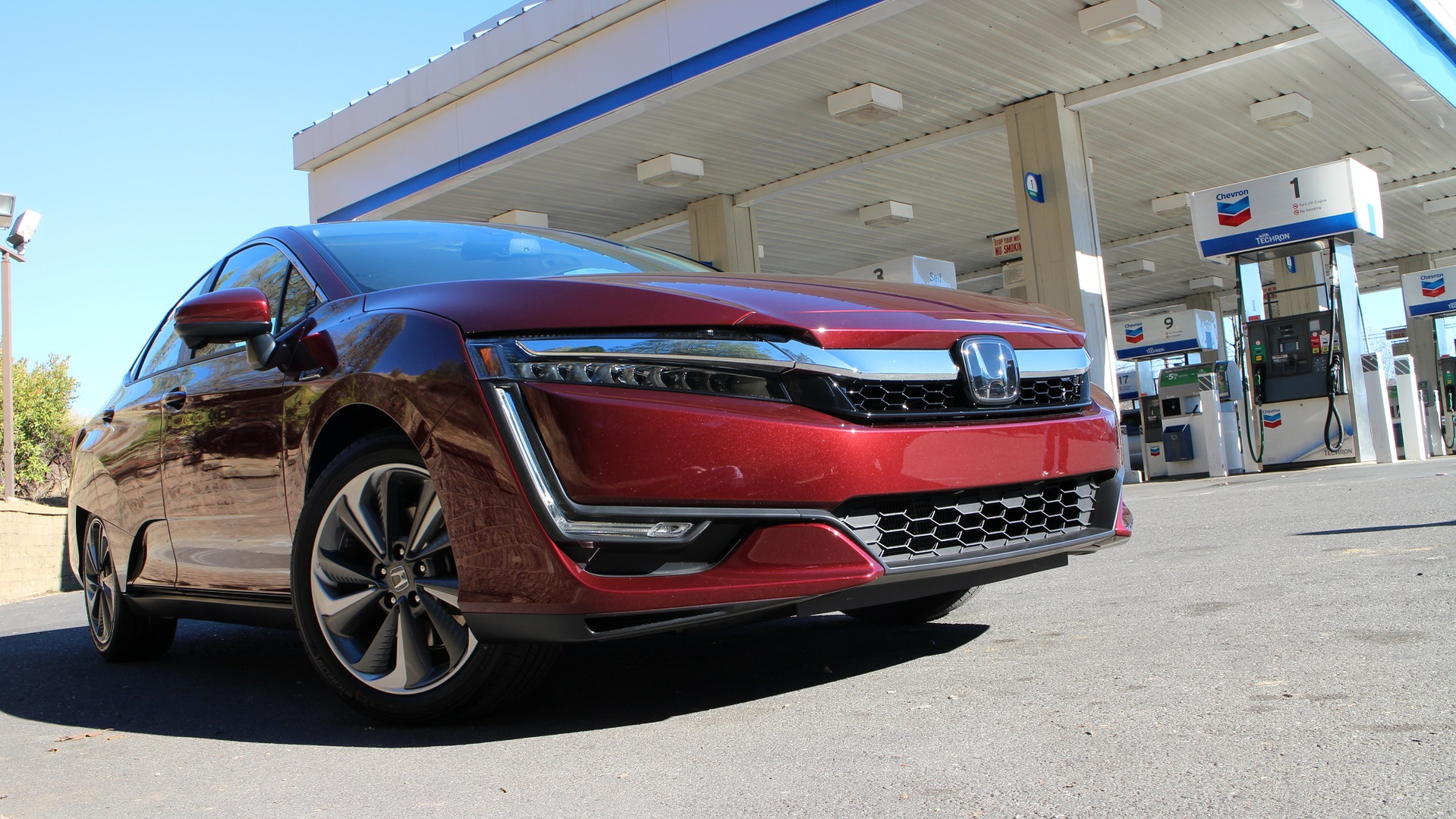 There's a new plug-in hybrid in town, and it could expand the audience for cars that provide useful electric range for daily driving while retaining an efficient gasoline engine for longer trips.

The 2018 Honda Clarity Plug-In Hybrid is the third and most important model in the Clarity lineup, which already includes the hydrogen Fuel Cell model as well as a 89-mile battery-electric version.

Both those cars are sold in low volumes in California only; the plug-in Clarity will be the high-volume entry, at up to 20,000 sales a year, according to Honda.

Since 2011, the Chevrolet Volt has been the king of plug-in hybrids, with the longest production life and the highest battery range. Starting at 35 miles of range in 2011, it's now up to 53 miles in its second generation.

The Honda Clarity Plug-In Hybrid comes in at 47 miles of electric range, and the same EPA-rated fuel economy as the Volt, at 42 mpg combined.

But the Honda is a five-seat midsize sedan, while the Chevy is a considerably smaller compact hatchback with only four usable seats.

We spent several hours last week driving a couple of different Clarity Plug-In models around the picturesque hills of Napa and Sonoma valleys in Northern California, while taking copious notes.

Our top-line impression is that the Clarity is the first real contender to give the Volt a run for its money.

Sure, the Toyota Prius Prime has better fuel economy (plus the Prius name and Toyota reputation), but its range rating is 25 miles and it's no larger than the Volt

Then there's the BMW i3 REx, a battery-electric small hatchback with a tiny two-cylinder range-extending engine that powers a generator. This year's model has 97 miles of electric range, plus another 83 miles on gasoline.

That's where the Honda Clarity Plug-In shines: it's a larger, more comfortable car with a more luxurious interior priced right on top of the Volt.

The interior, however, is striking—especially in the higher of two plug-in hybrid trim levels, known as the Touring trim. That includes light-colored Ultrasuede inserts in the dash and doors that catapults the interior feel from basic to luxe.

The dashboard and controls are typical Honda, which means largely intuitive and easy to learn.

We did note the lack of volume and tuning knobs for the audio system (there's a slider on the steering wheel), but one source suggested they may make a return in future, just as they have on the new 2018 Accord.

The big question, though, is what the plug-in Clarity is like on the road and behind the wheel. In brief, it's smooth, quiet, and has well-suppressed engine noise under most circumstances.

We found the rated range of 47 miles from the 17-kilowatt-hour battery pack to be entirely credible, though to let us test the various powertrain modes, we didn't do a single full-to-empty run. (We'll do that as soon as we get a Clarity for a multi-day test.)

All plug-in hybrid Claritys are powered by a 1.5-liter Atkinson-cycle inline-4 with Honda's two-motor hybrid system, which takes the place of a transmission.

One motor, rated at 135 kilowatts (181 horsepower) and 232 pound-feet of torque, can drive the car itself under most circumstances, especially at lower speeds. The other motor acts as a generator to recharge the battery.

The Clarity's Normal driving mode defaults to electric-only operation if there's charge left in the battery; once the pack is depleted, it becomes essentially a hybrid car.

It can, however, recharge the battery more than usual for plug-in hybrids whose batteries have discharged. On a long downhill stretch from the mountains, we actually racked up 5 miles of range on regenerative braking alone.

A pair of paddles behind the steering wheel increase (left) or decrease (right) the level of regeneration in four increments, from slightly slower on the first step to a fourth step that slows the car fairly quickly even on downhill stretches.

But the driver also has choices to conserve or even recharge the battery. An "HV" (or Hybrid Vehicle) mode can be selected, turning the car into a conventional hybrid to conserve battery charge for later use.

If that switch is held down for a second or two, it toggles into "HV-Charge" mode which keeps the engine running continuously and recharges the battery as well as powering the car.

We used all three powertrain modes, and found the Clarity to have suitably strong electric power under normal driving, including the ability to accelerate from a stop onto a highway solely on battery power.

A detent in the accelerator travel keeps the car in electric-only mode when the battery has charge, and requires a conscious push to get maximum power by switching on the engine.

The Volt, of course, stays all-electric all the time until the battery is dead, while the Prius Prime felt more likely to switch on its engine than the Clarity Plug-In.

A handful of miscellaneous impressions from our 100 miles or so in both the base and Touring versions of the Clarity Plug-In Hybrid:

In the end, we found ourselves wishing that Honda would put this excellent plug-in hybrid powertrain into its new 2018 Accord as well.

Much lauded for its styling, driving qualities, roadholding, and fuel economy since its launch, the 2018 Honda Accord is the other midsize sedan offered in dealers—and it will likely sell 15 times the Clarity's 20,000 units each year

The battery pack in the Clarity plug-in hybrid sits under the driver's seat, the rear-seat footwells, and the rear seat itself. (The battery-electric model adds an auxiliary pack at the front of the trunk to boost capacity.)

The new Accord is lower, so the packaging would likely be a problem—but if Honda could marry the looks and handling of the Accord to the Clarity Plug-In's excellent powertrain, we'd be happy drivers indeed.

On the other hand, Honda's suggestion that it plans to sell only 75,000 Claritys over four years (2018 through 2021) means they won't exactly be common.

If you're looking for a plug-in hybrid with top-tier range, a reasonable price, and more seats, cabin space, and cargo volume than a Chevy Volt can offer, Honda now has your car.

The 2018 Honda Clarity Plug-In Hybrid is offered in standard and Touring trim levels.

They also include the LaneWatch video camera that shows the right-hand blind spot in the display, and the Honda Sensing active-safety system. Android Auto and Apple CarPlay are standard.

Recommended prices for the base Clarity Plug-In Hybrid start at $34,290, while the high-end Touring line begins at $37,490. Both prices include a mandatory delivery fee.