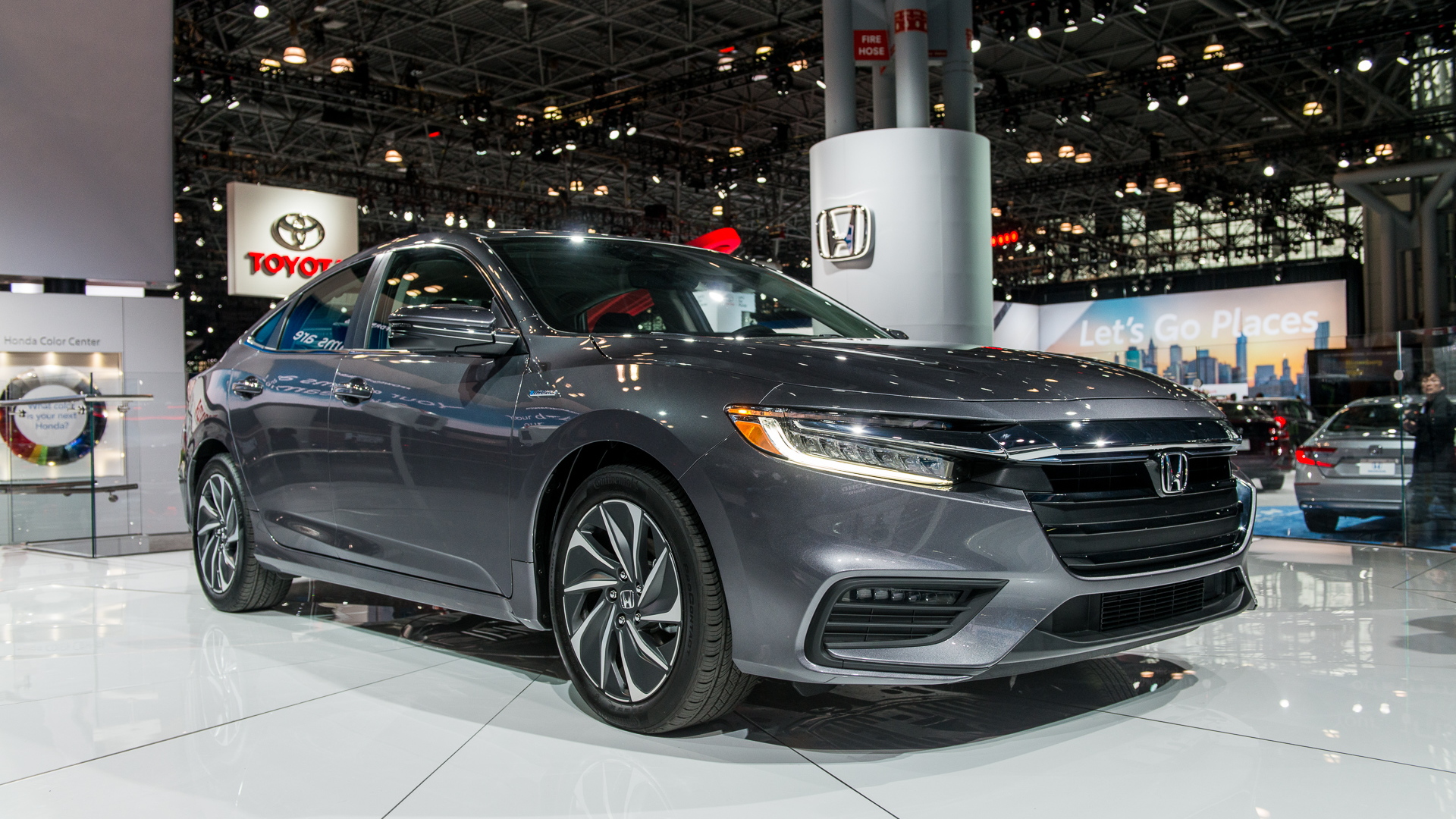 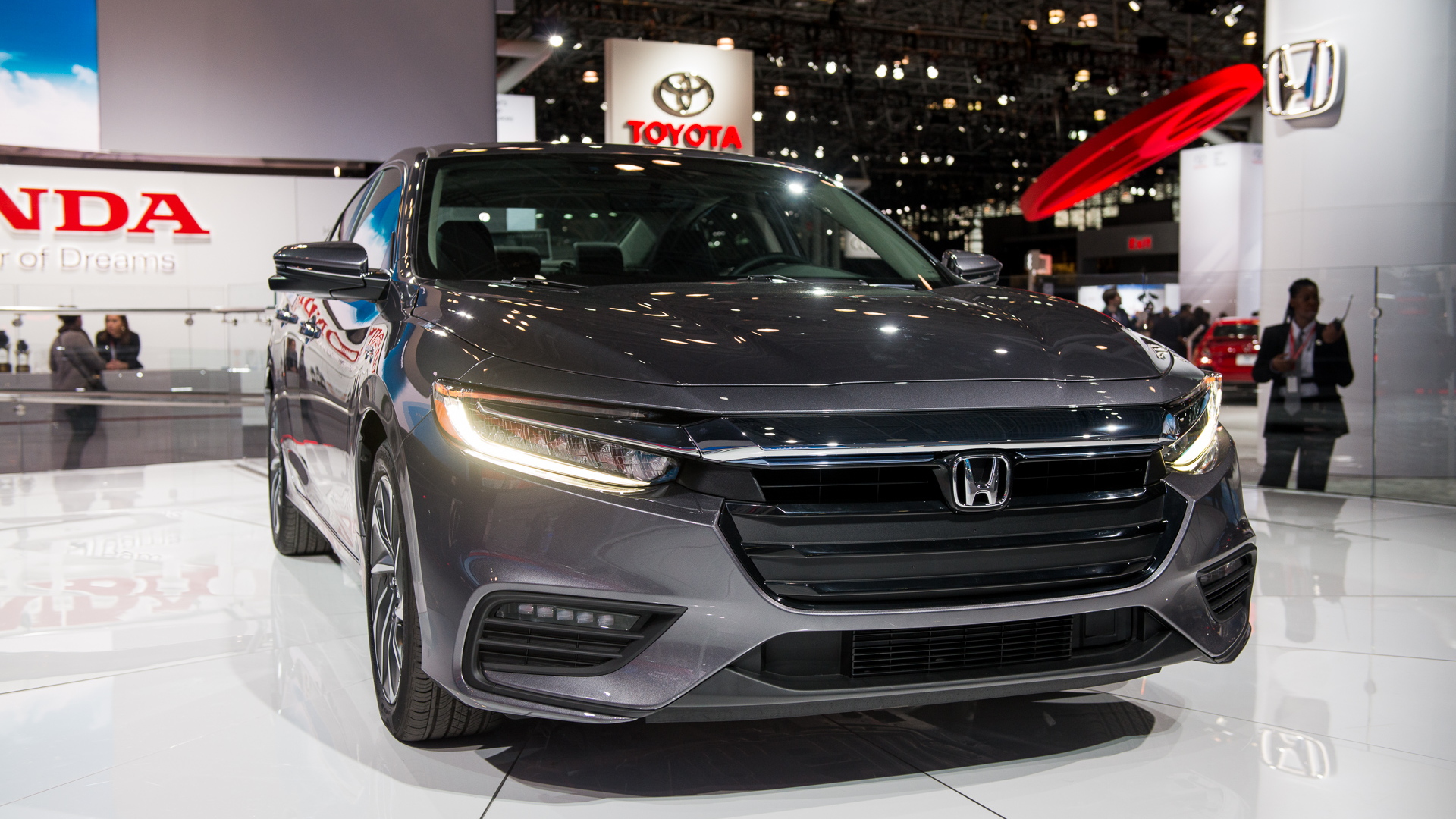 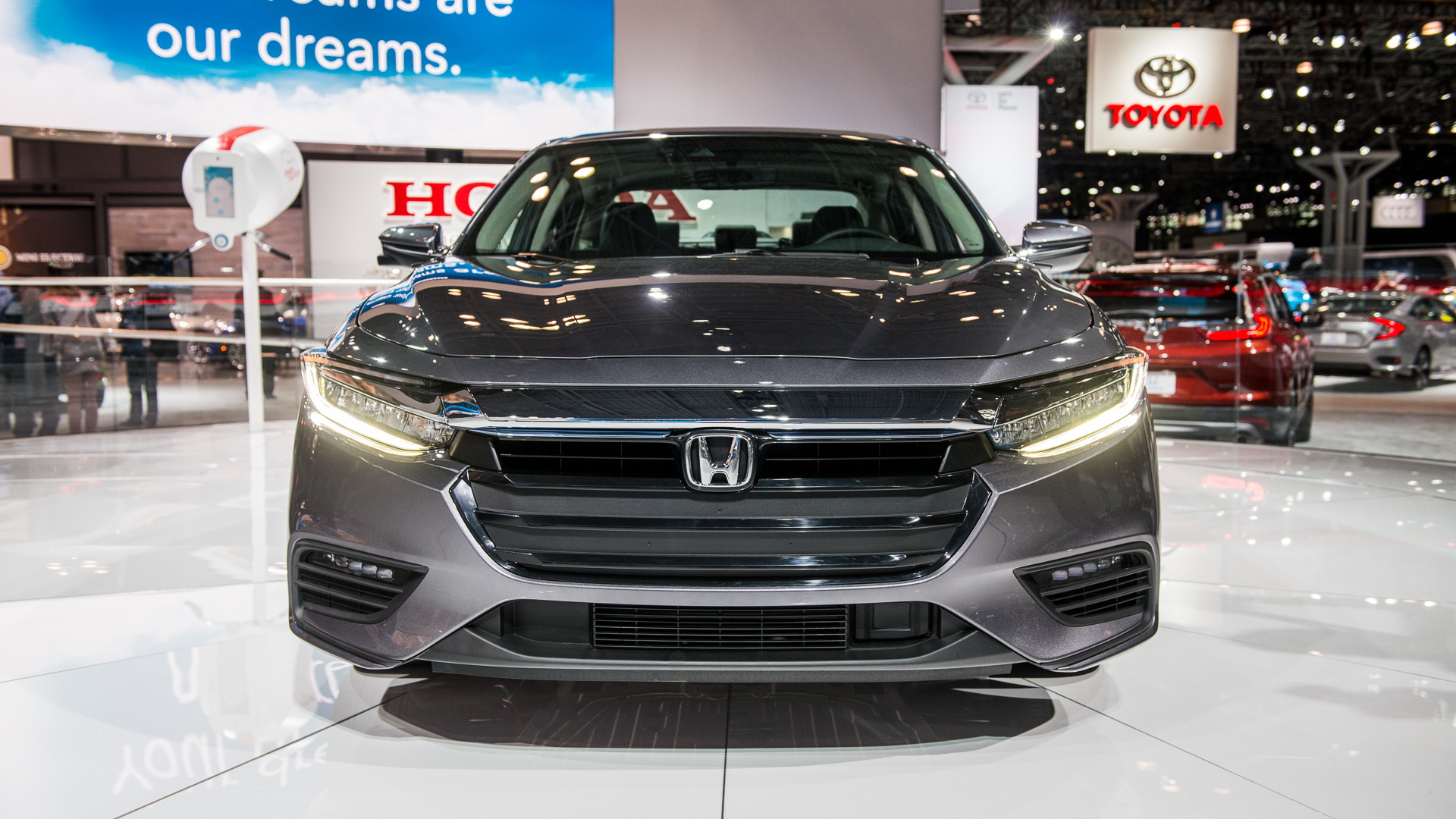 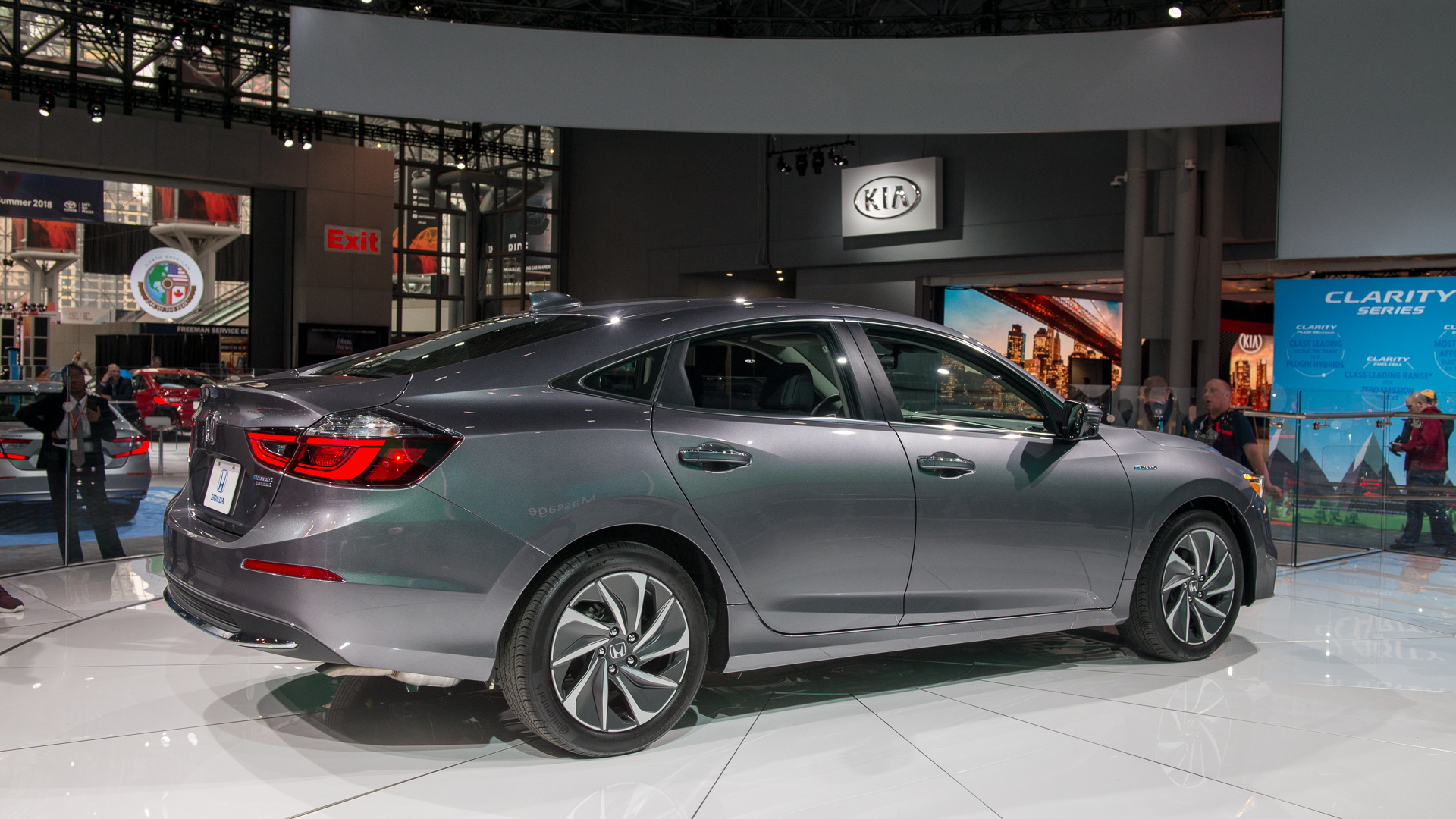 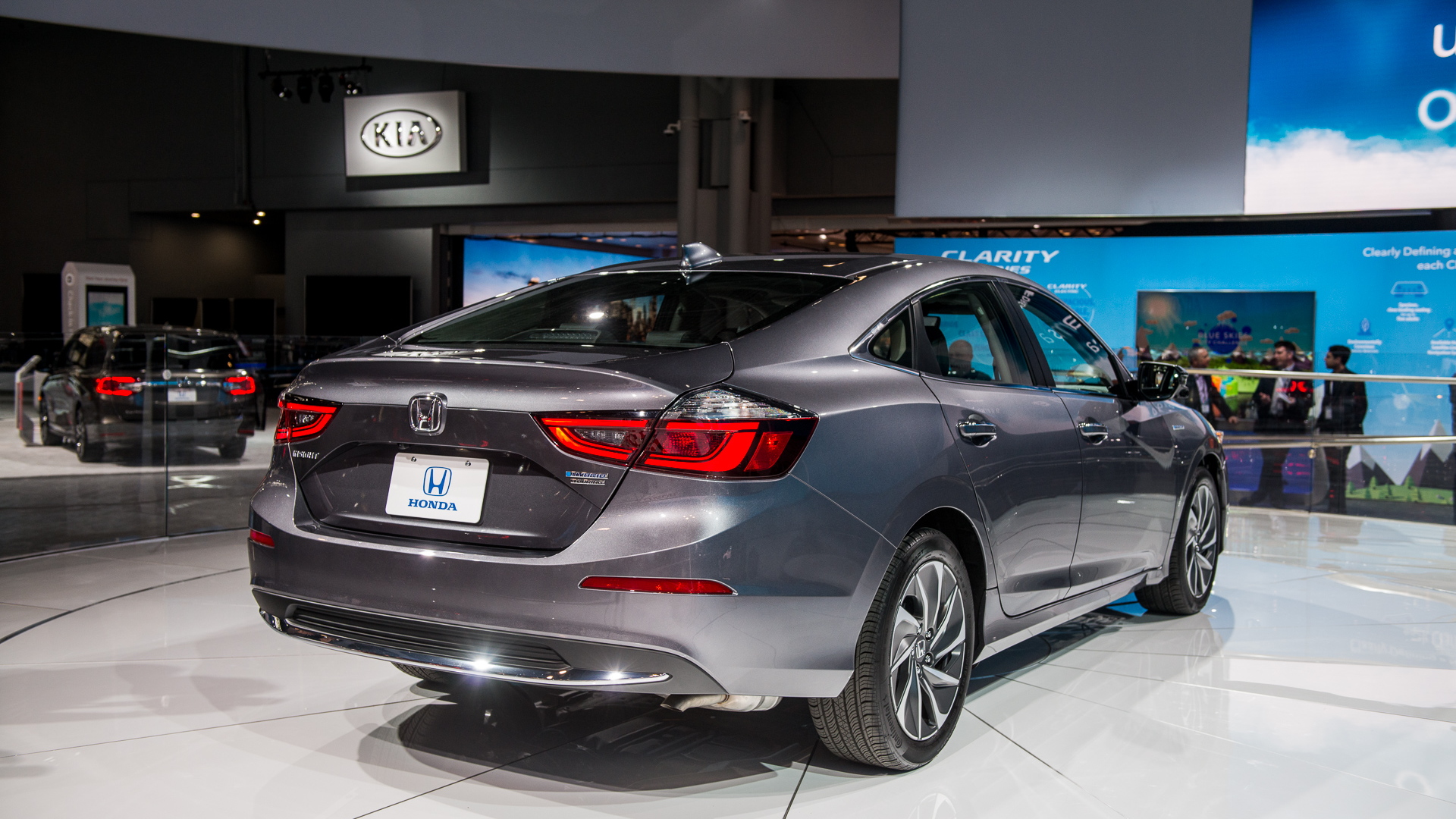 Teased in January as a "concept" without an interior, the production version of the 2019 Honda Insight hybrid sedan has been revealed just before this week's New York auto show.

EPA ratings aren't yet final, but Honda says the new Insight is projected to achieve "up to 55 mpg" on the city cycle, and a combined fuel-economy number of "50 mpg or better."

Based on the longstanding Civic four-door sedan, the Insight can effectively be considered a hybrid version of that car, redesigned with smoother, more aerodynamic, and more "adult" front and rear styling.

Arriving at Honda dealerships in the "early summer," the 2019 Insight uses Honda's two-motor full hybrid system—as do its 2018 Accord Hybrid sedan, which arrived at dealers this month, and the 2018 Clarity Plug-In Hybrid model that went on sale late last year.

In the Insight, that pair of motors (which substitute for a transmission) is paired with a 1.5-liter 4-cylinder engine operating on the highly efficient Atkinson Cycle.

Total output of the powertrain is 151 horsepower and 197 pound-feet of torque, compared to 158 hp and 138 lb-ft in the base Civic, making the Insight both more fuel-efficient and also torquier, with roughly the same power. 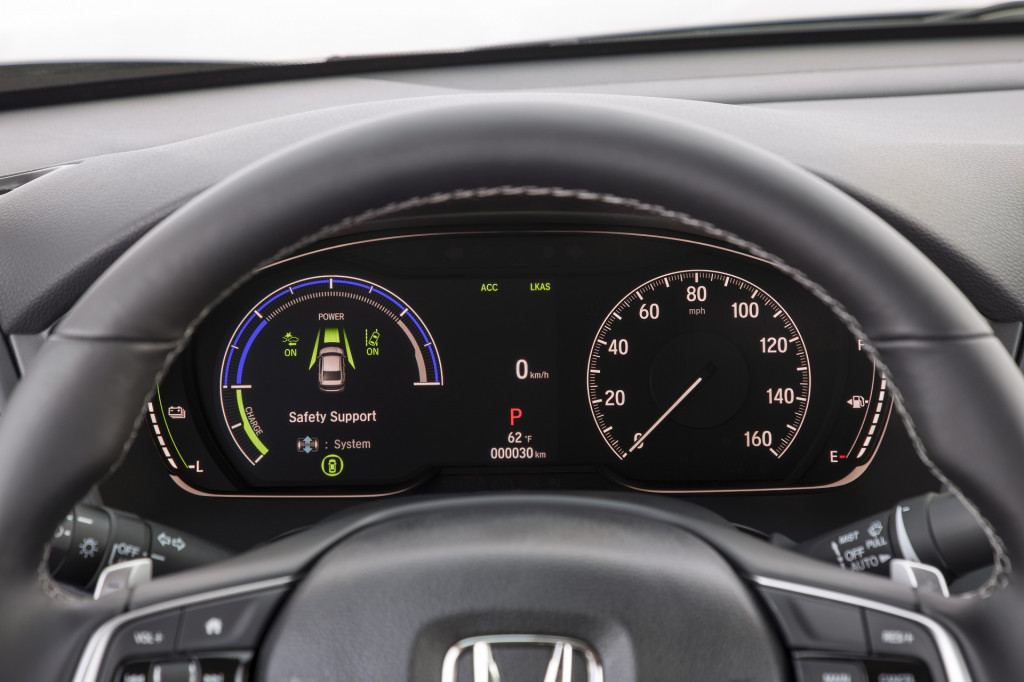 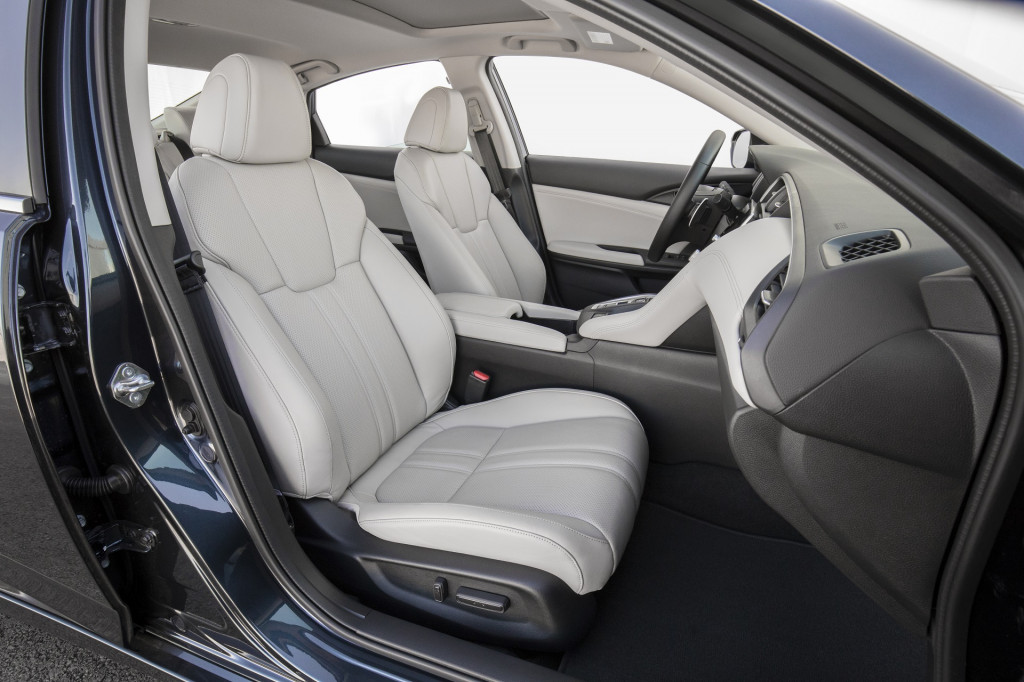 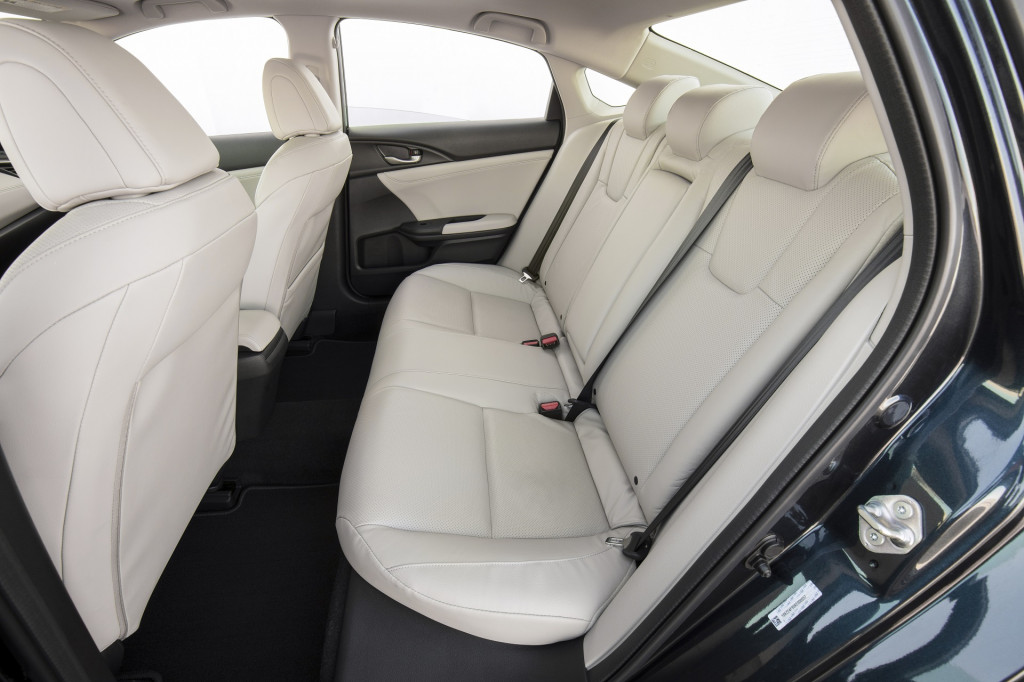 Honda claims the Insight has the best power-to-weight ratio of any compact hybrid, a group that would likely include the Toyota Prius Liftback and Prius C models.

The company didn't provide a capacity for the lithium-ion battery pack under the rear seat, but Honda notes the Insight's 15.1 cubic feet of trunk space is competitive with volumes in larger mid-size sedans.

Pack capacity is likely about 1.4 kilowatt-hours, which at lower speeds will give what the company says is "roughly a mile" of all-electric capability.

The 2019 Insight shares its understructure with the Civic, but both the front and rear styling have been redesigned, additional sound insulation has been added, and it alone features an aluminum hood to reduce its weight.

Because it will sit between the compact Civic and mid-size Accord sedans in price, the new Insight has more premium features in the cabin, including real stitching along the edges of the soft-touch instrument panel, and a standard . 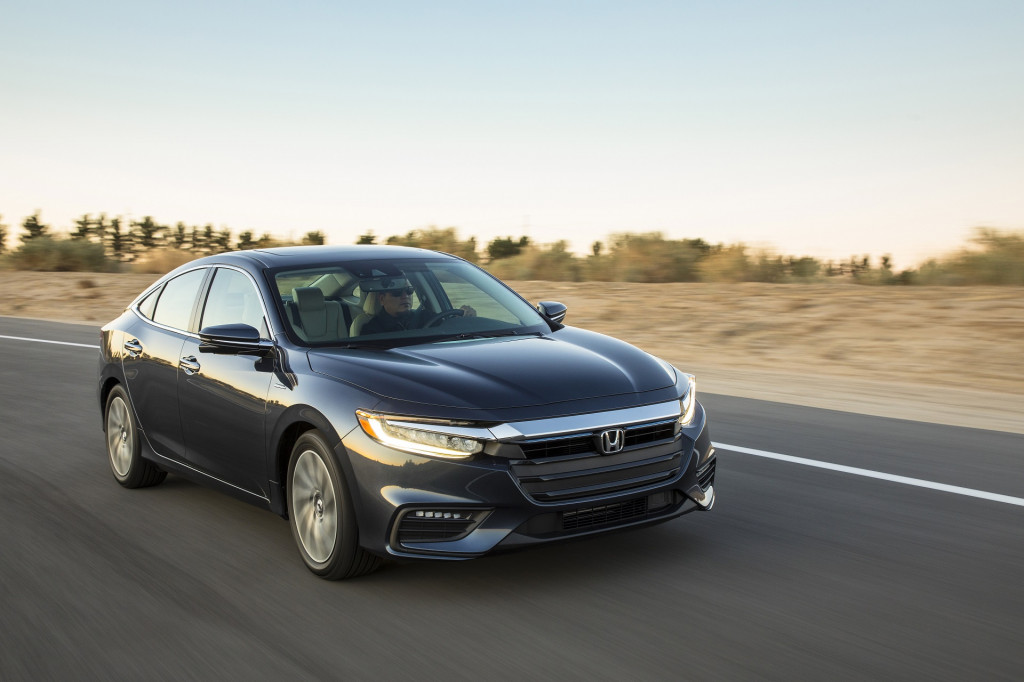 Three trim levels will be offered: the base LX, the mid-level EX, and the top-of-the-line Touring model.

All 2019 Insights will come standard with full LED lighting, 16-inch alloy wheels, a 7-inch digital display between the instruments, pushbutton start, heated side mirrors, a folding rear seat, and a six-speaker audio system, along with Bluetooth pairing, Android Auto, and Apple CarPlay.

The Insight EX, likely to be the most popular model, adds keyless entry, a 60/40 split folding rear seat back, an 8-inch touchscreen for the audio and connectivity features, satellite radio, and two more speakers.

CHECK OUT: 2018 Honda Accord Hybrid sedan now on sale

The EX and Touring models will add the Lane Watch camera to show an image of the right-hand blind spot on the center display. Honda says it is targeting top crash-safety ratings, including a 5-star overall score and a Top Safety Pick+ rating from the IIHS. 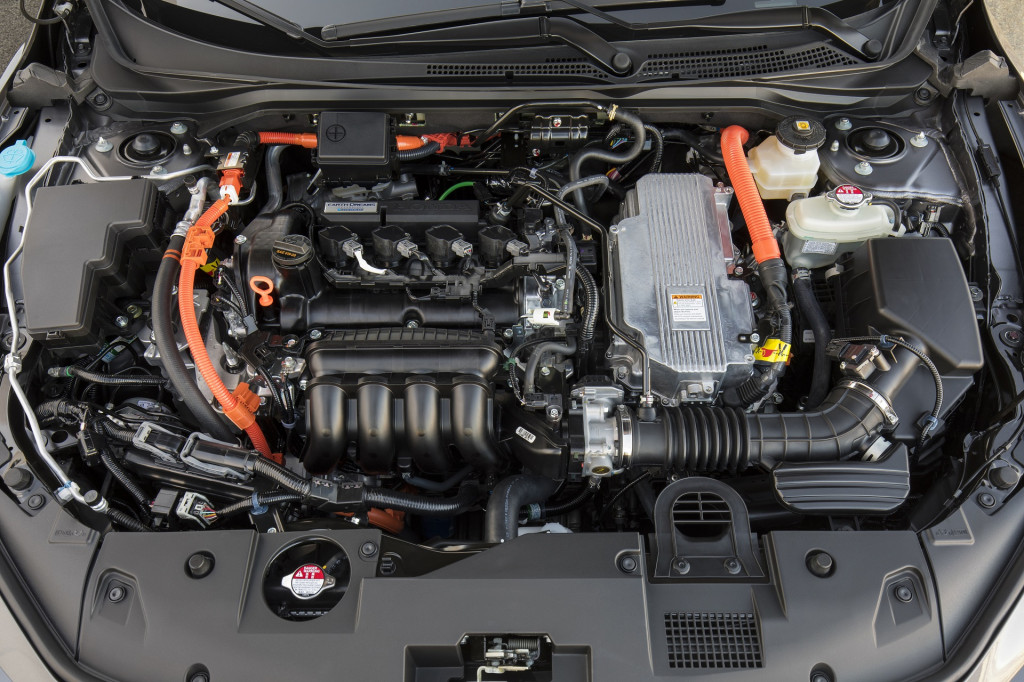 The 2019 Honda Insight will be built in Indiana alongside the higher-volume Civic line, and its 1.5-liter engine will be manufactured in Ohio.

The battery pack is assembled in Ohio, though the cells inside it will almost surely be imported from Japan.