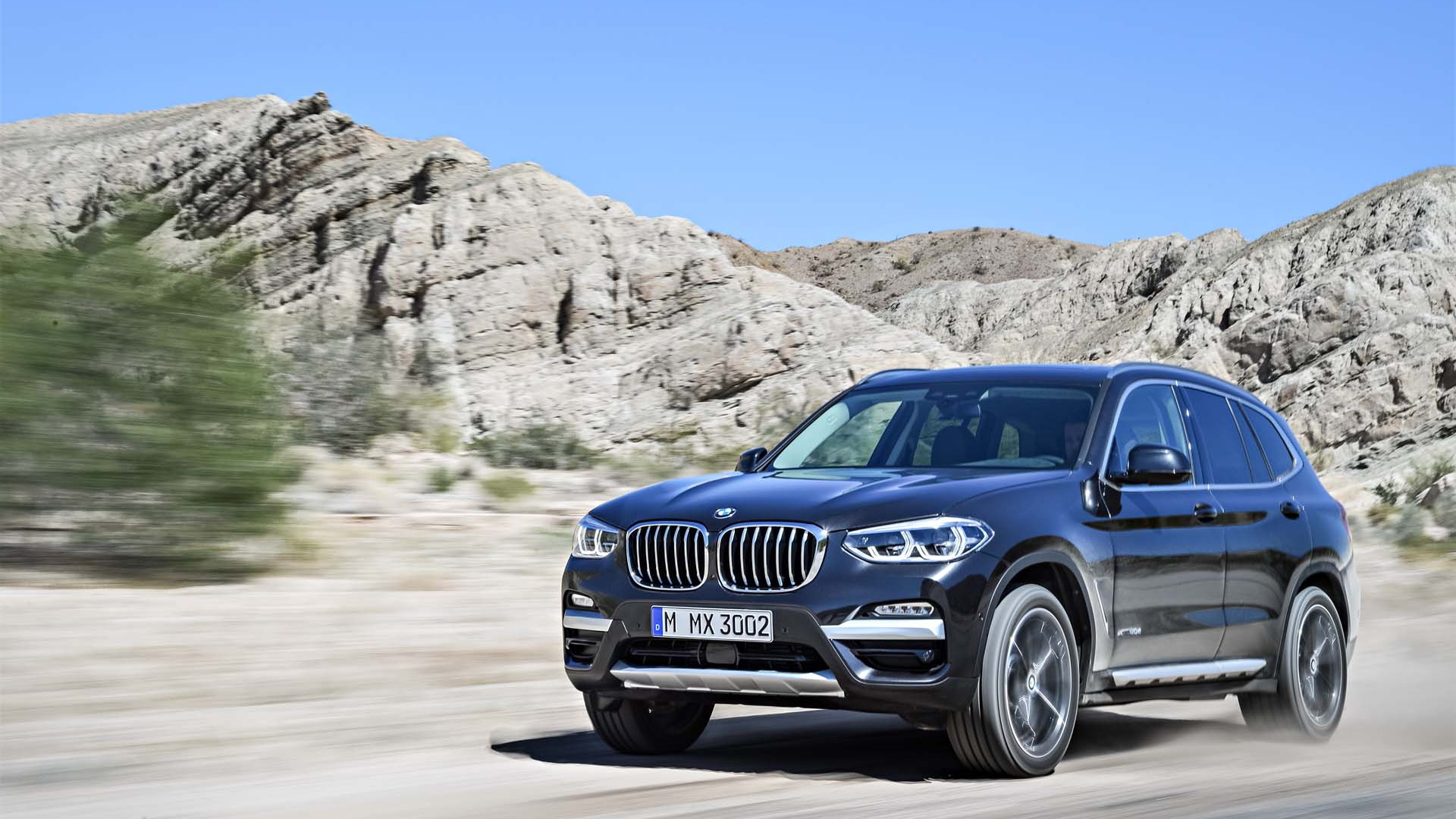 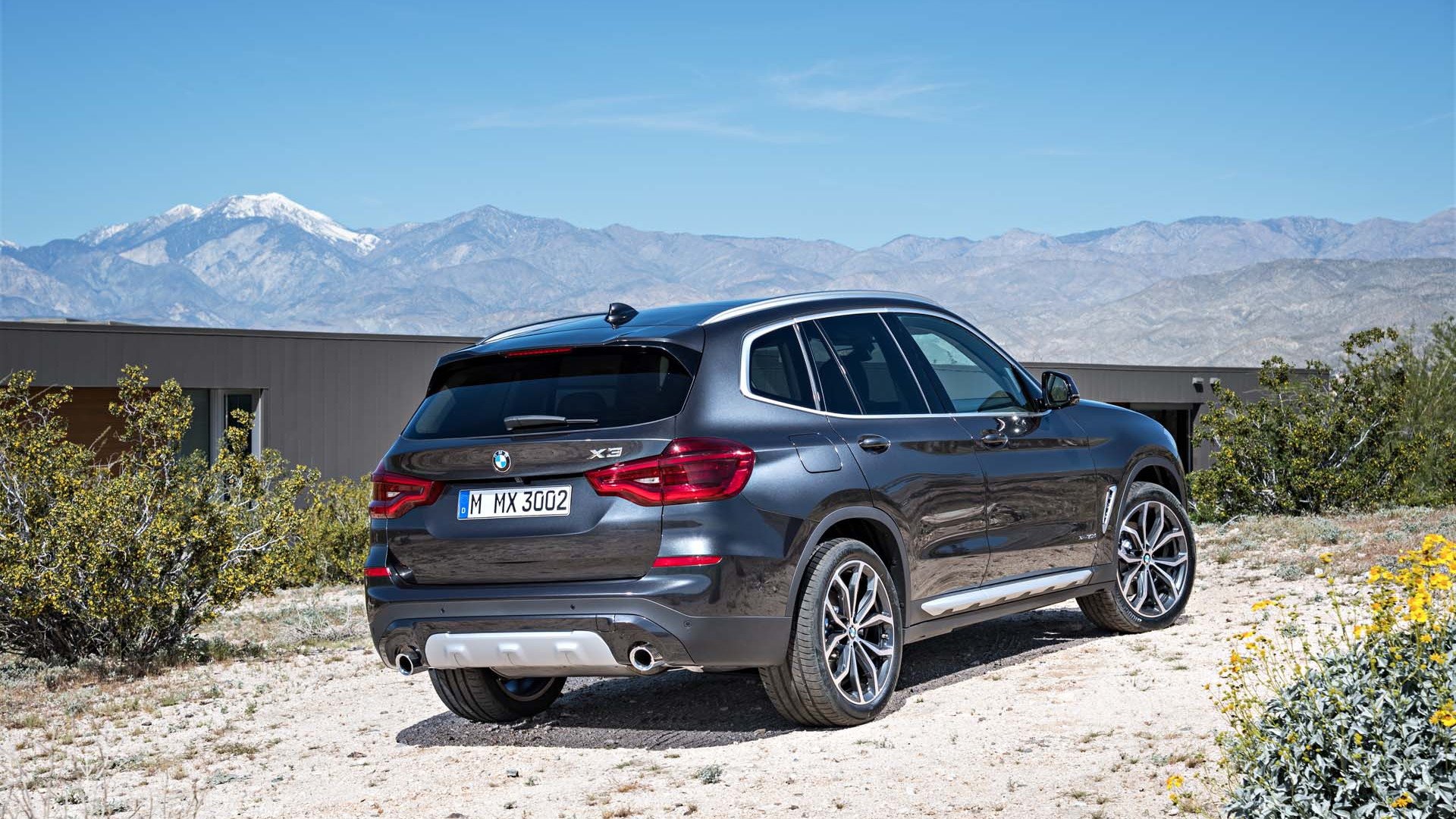 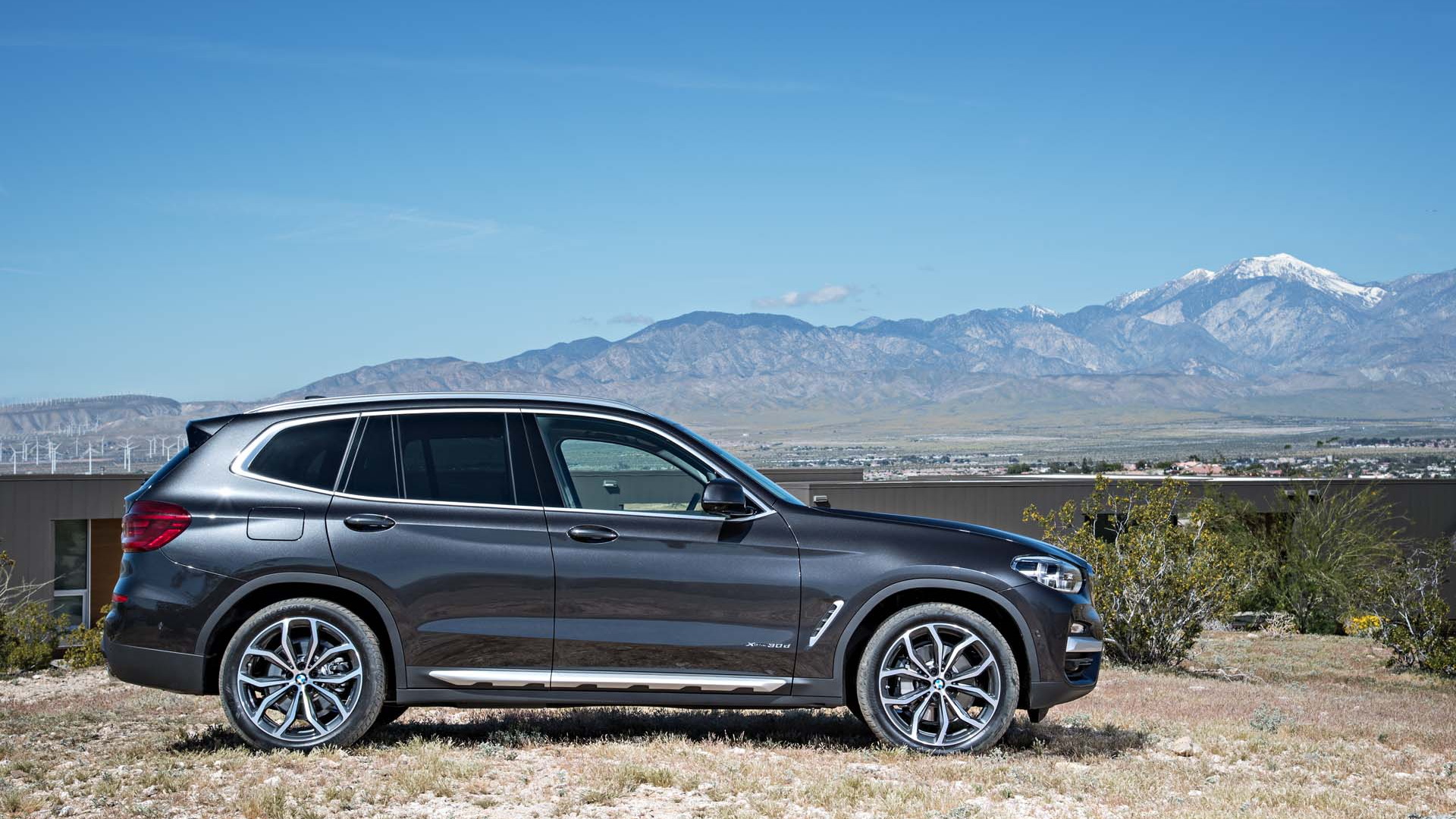 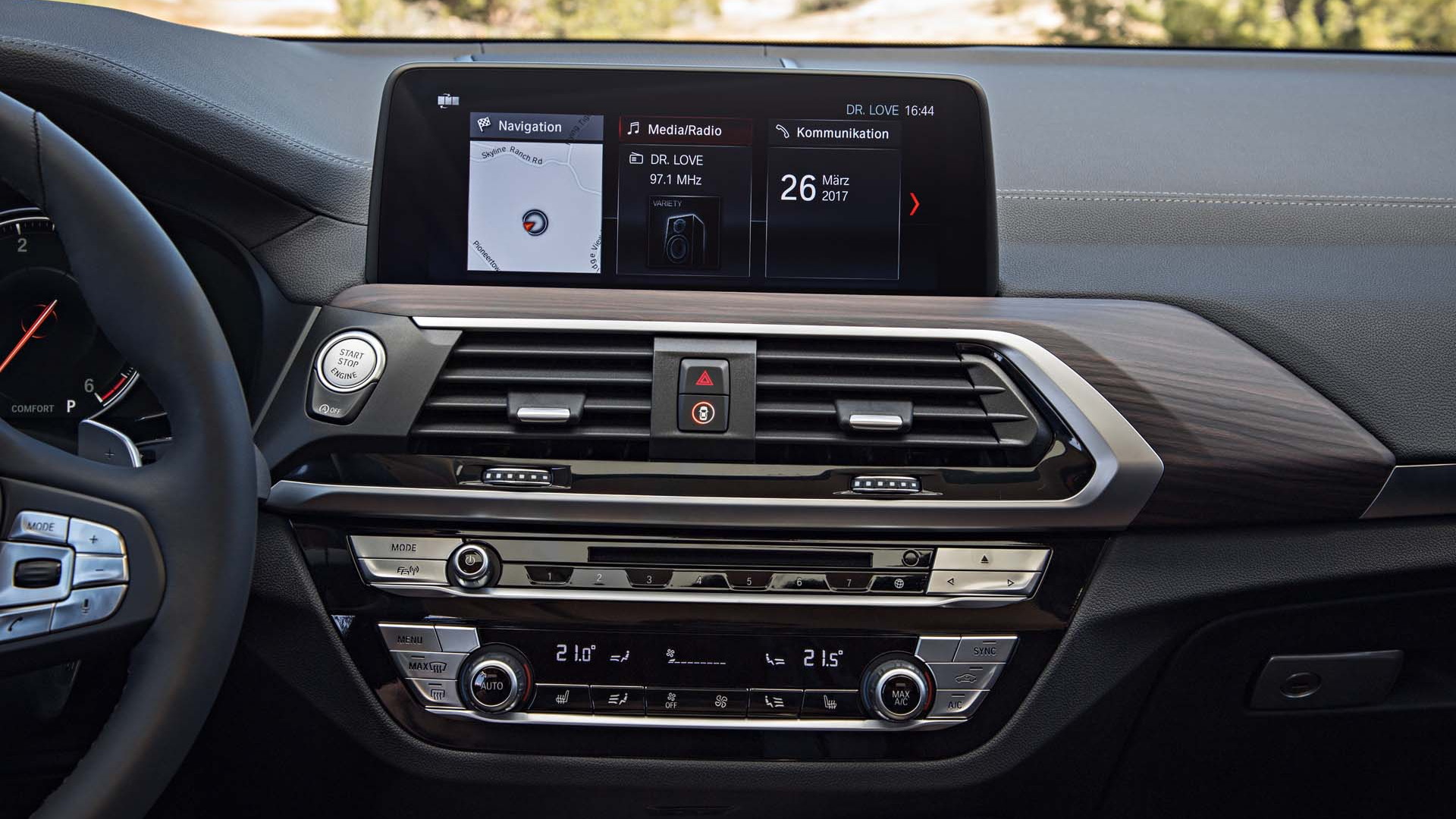 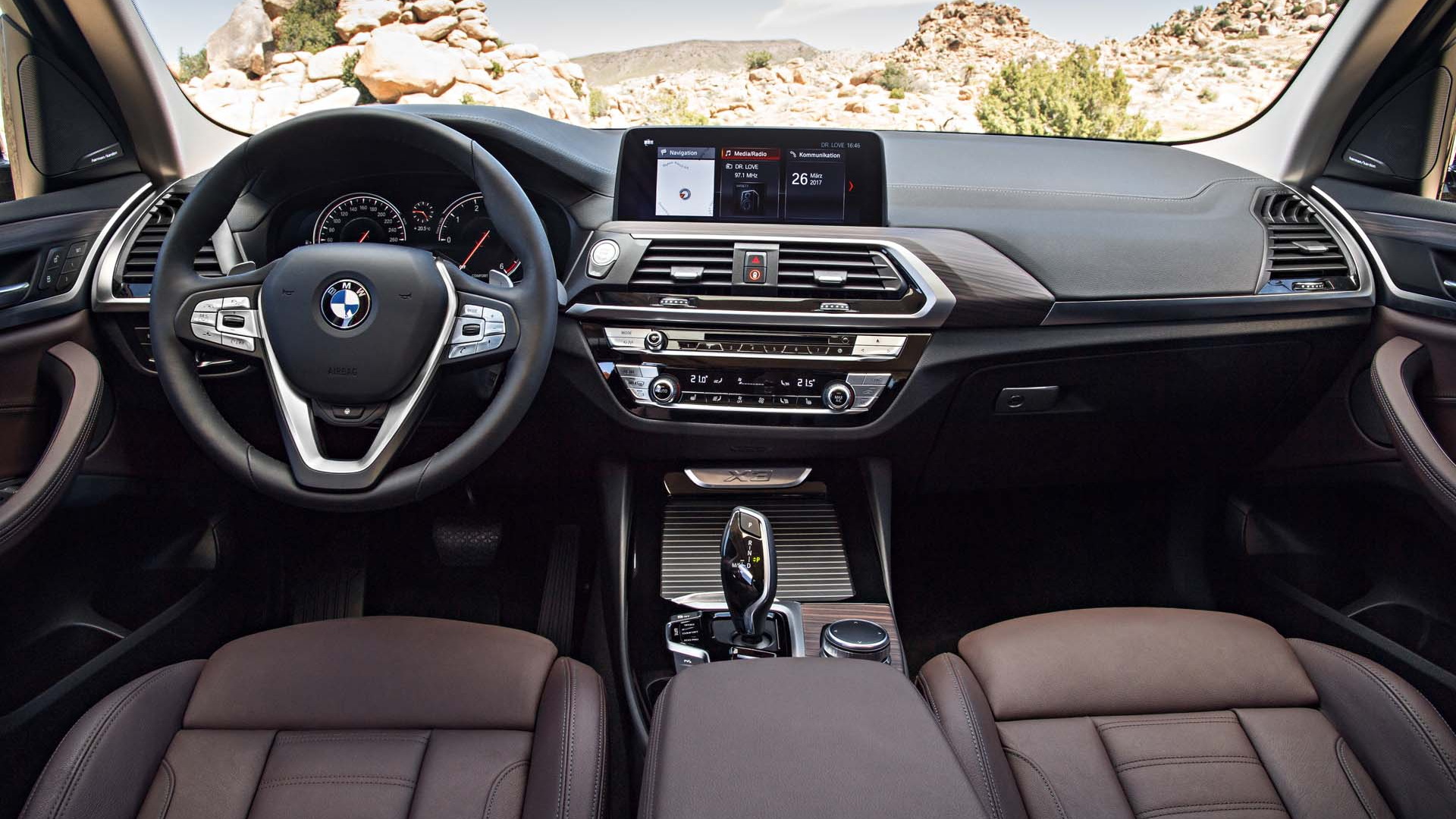 Over the last two years, Audi and Mercedes-Benz have released several all-electric concept cars that are thinly disguised production models to arrive in 2018 and beyond.

Its sole recent electric concept car was the iNext luxury sedan shown more than a year ago; it'll be a production model in 2021, but only a low-volume halo car.

Meanwhile, its innovative and technologically advanced BMW i3 is now entering its fifth model year—and reports suggest the BMW i5 all-electric concept crossover expected to be unveiled this fall may never see the light of day.

Instead, last October, BMW officially confirmed media reports that the company would offer battery-electric versions of its Mini Cooper hardtop and of the next generation of BMW X3 crossover.

That 2018 BMW X3 lineup was announced two days ago, with a pair of different gasoline powertrains—but not a word about the all-electric version to come. (There'll also be a plug-in hybrid version as well.)

EDITOR'S NOTE: This article originally referred to the "BMW X3e" as the all-electric version of the next BMW X3; the company subsequently announced it would be named BMW iX3, so we have updated the article accordingly.

The next generation of the BMW 3-Series compact sport sedan, the company's best-known and highest-selling model for three decades, will also reportedly have a fully battery-electric version on offer as well.

So what's going on at BMW?

We've been mulling over that question since news of the alleged i5 cancellation broke in May.

READ THIS: BMW iNext concept previews electric sedan flagship to come in 2021 (May 2016)

In looking at the differences between the approach BMW took and those of Audi and Mercedes, we might suggest BMW has concluded a few things:

(1) The cost and complexity of the i3's carbon-fiber-reinforced body shell and all-aluminum rolling chassis with powertrain and crash structures may not be necessary or even desirable for volume electric cars;

(2) Battery costs are coming down quickly enough that electric versions of standard models built of steel and aluminum can offer ranges long enough to meet market demands; and

(3) Electric cars can and perhaps should be "normal" looking, which is to say more or less indistinguishable from other vehicles in design.

Audi, Mercedes, and Volkswagen will launch new and separate model lines for their electric vehicle lineups to come—as BMW did in 2013 for the i3.

But the Bavarian company is now seemingly doing the opposite, offering battery-electric powertrains as options on at least some of its mainstream models, just as it did with plug-in hybrid versions starting a few years ago.

This has pros and cons, obviously.

CHECK OUT: If BMW i5 is canceled, what does that mean for its electric cars?

On the positive side, it eliminates the cost of developing new and dedicated platforms and model lines that will inevitably be lower-volume in the near term than the gasoline vehicles it makes money on.

And it "normalizes' electric power as one of several alternative powertrains; with a range of 200 miles or more and the familiarity of the BMW X3 or 3-Series or Mini Cooper shape, this might perhaps boost sales.

Oddly enough, it also follows the Toyota model: the innovative hybrid powertrain in its groundbreaking Prius has now spread throughout the Toyota lineup, with a hybrid version now offered in virtually every mainstream model it makes.

On the negative side, making electric powertrains just another option on the lengthy list offered for any BMW may also downplay its allure, especially with less-than-enthusiastic salespeople in its franchised dealerships.

Industry analysts also worry that underpinnings adapted to accommodate both combustion-engine and all-electric power can never be as efficient as the dedicated architectures that GM, Jaguar, Mercedes, and the VW Group plan to use.

Whether BMW proves to be ahead of the curve again, or falling back to being a less-creative follower, is a question only time can answer.

Electric Car: 2019 Nissan Leaf to cost $30,885, long-range battery... Luxury Sedan: 2015 Infiniti LE Luxury Leaf Sedan Put On Hold... BMW I5: Electric Mini to be made in U.K., despite BMWs Brexit... Generation BMW: If BMW i5 is canceled, what does that mean for its... Mini Cooper: 2020 Mini Cooper S E: Speedy electric hatchback due... Mini Cooper: Report: Next-generation Minis to go all electric