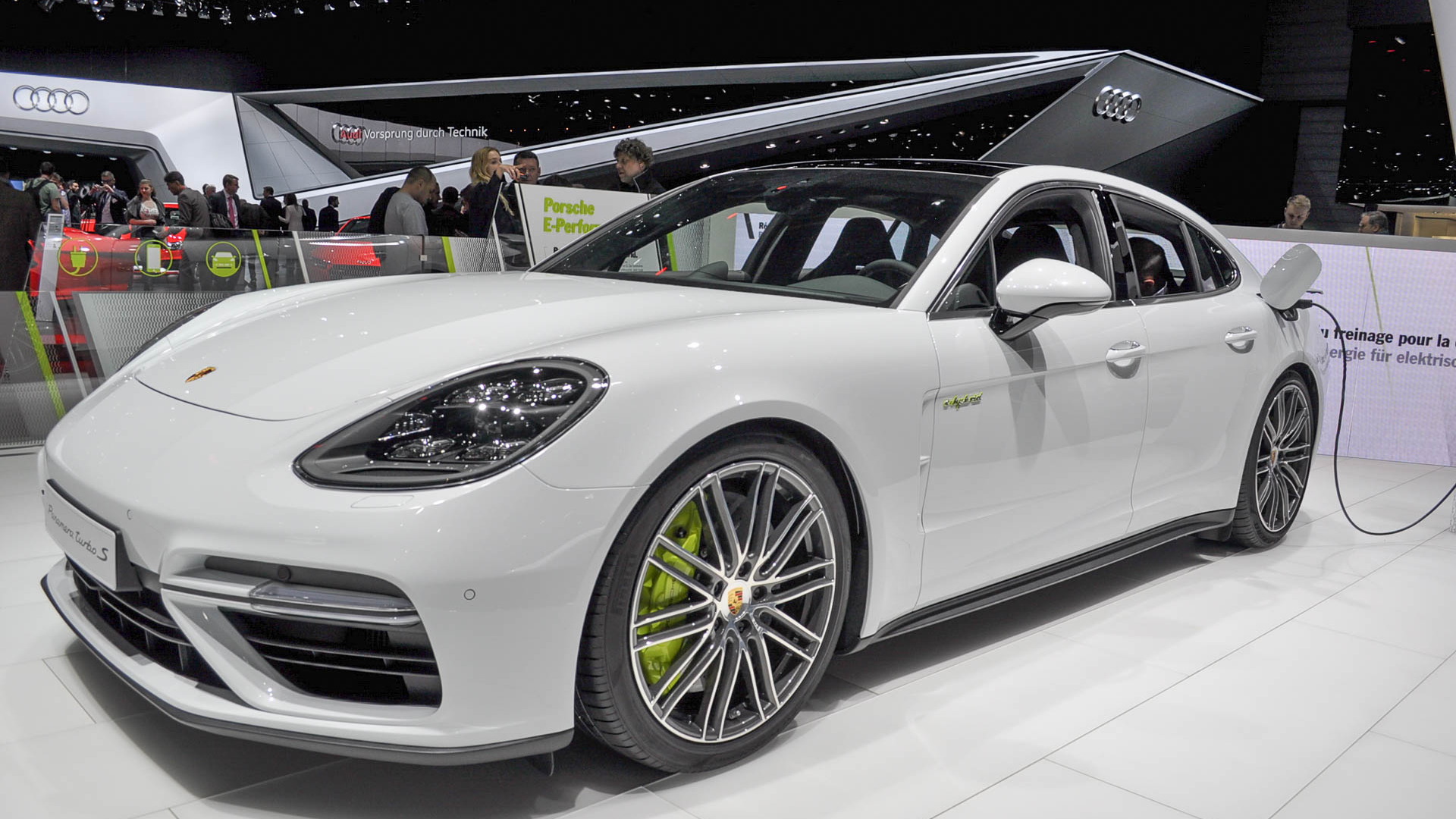 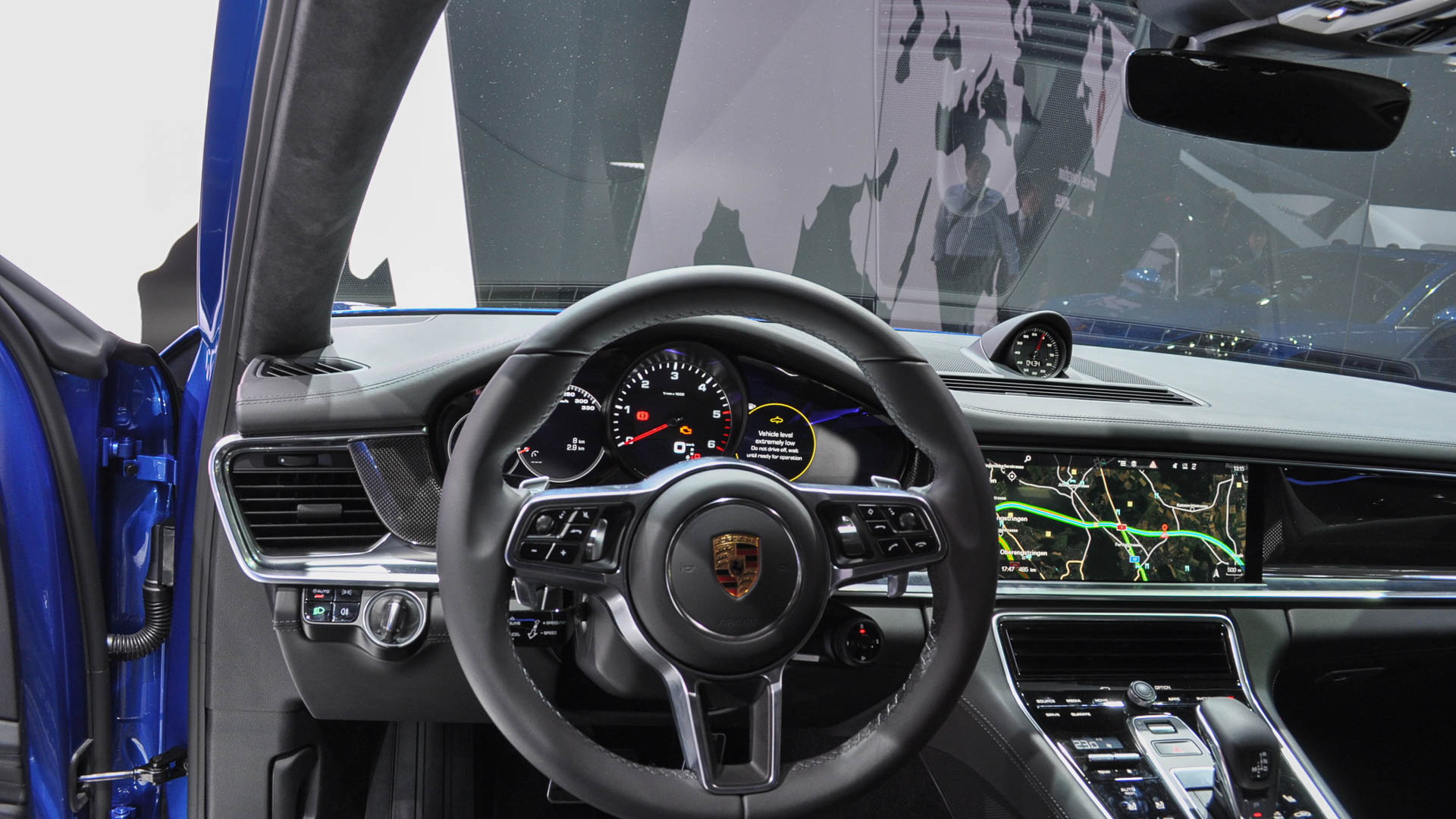 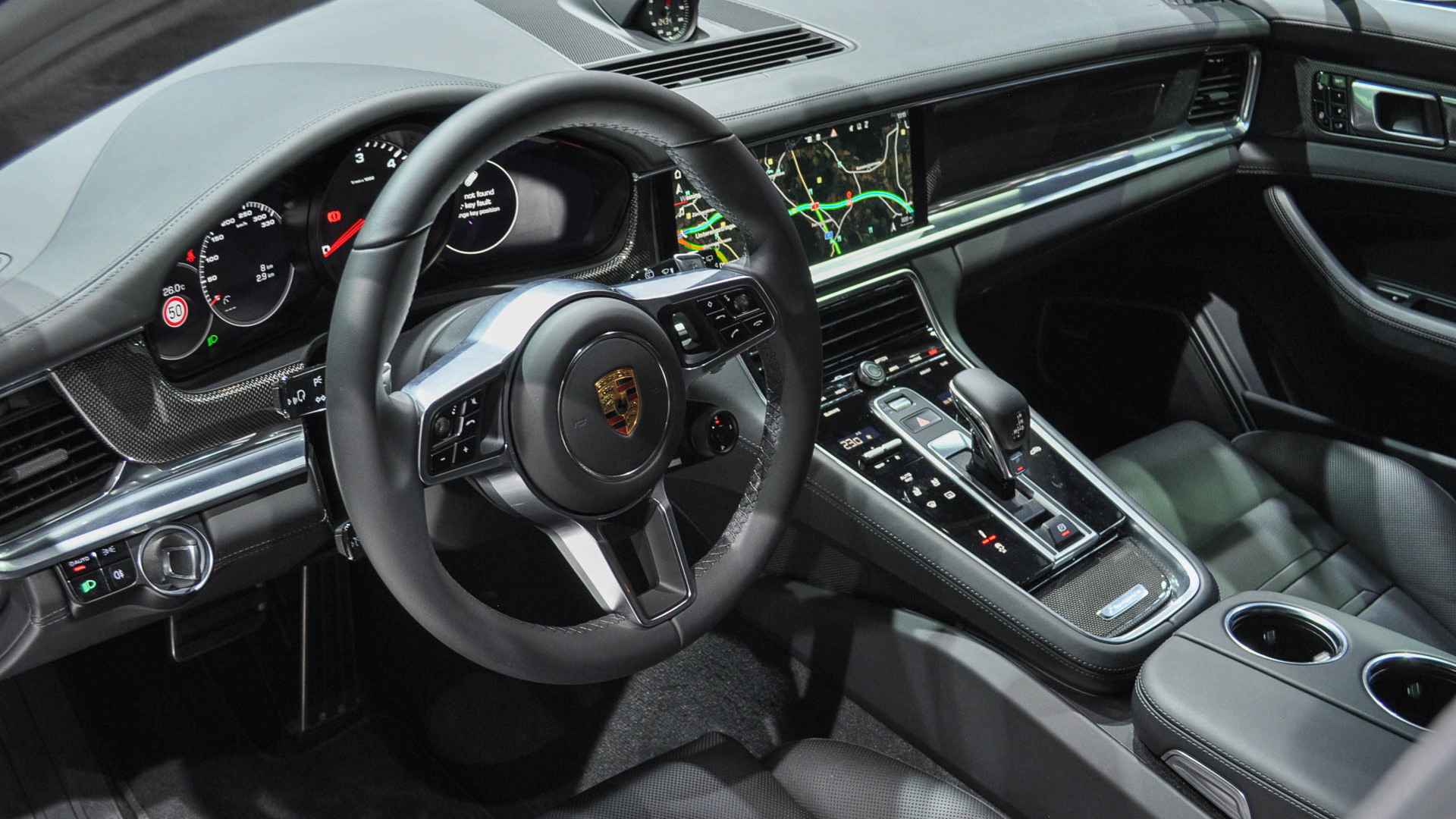 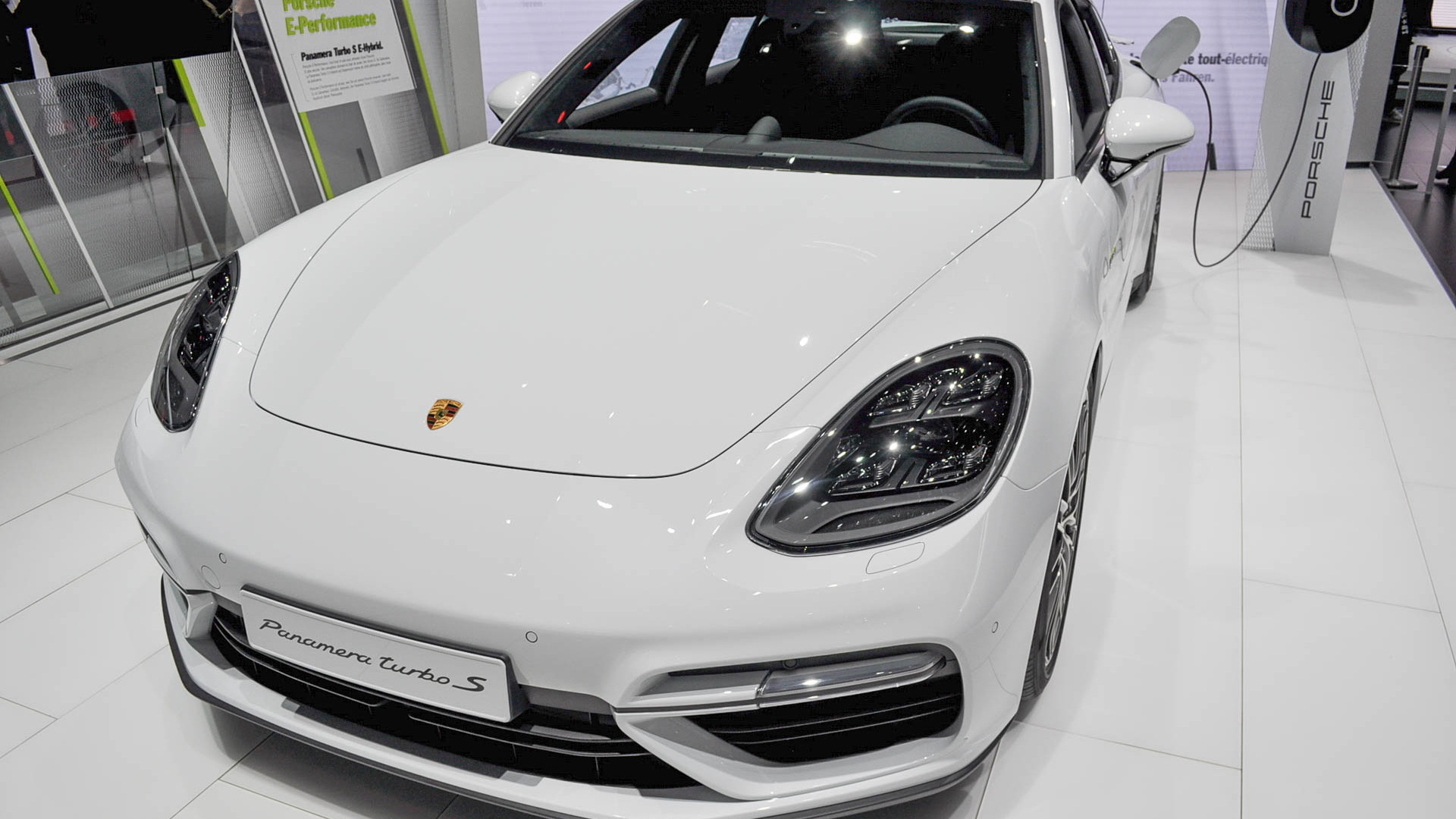 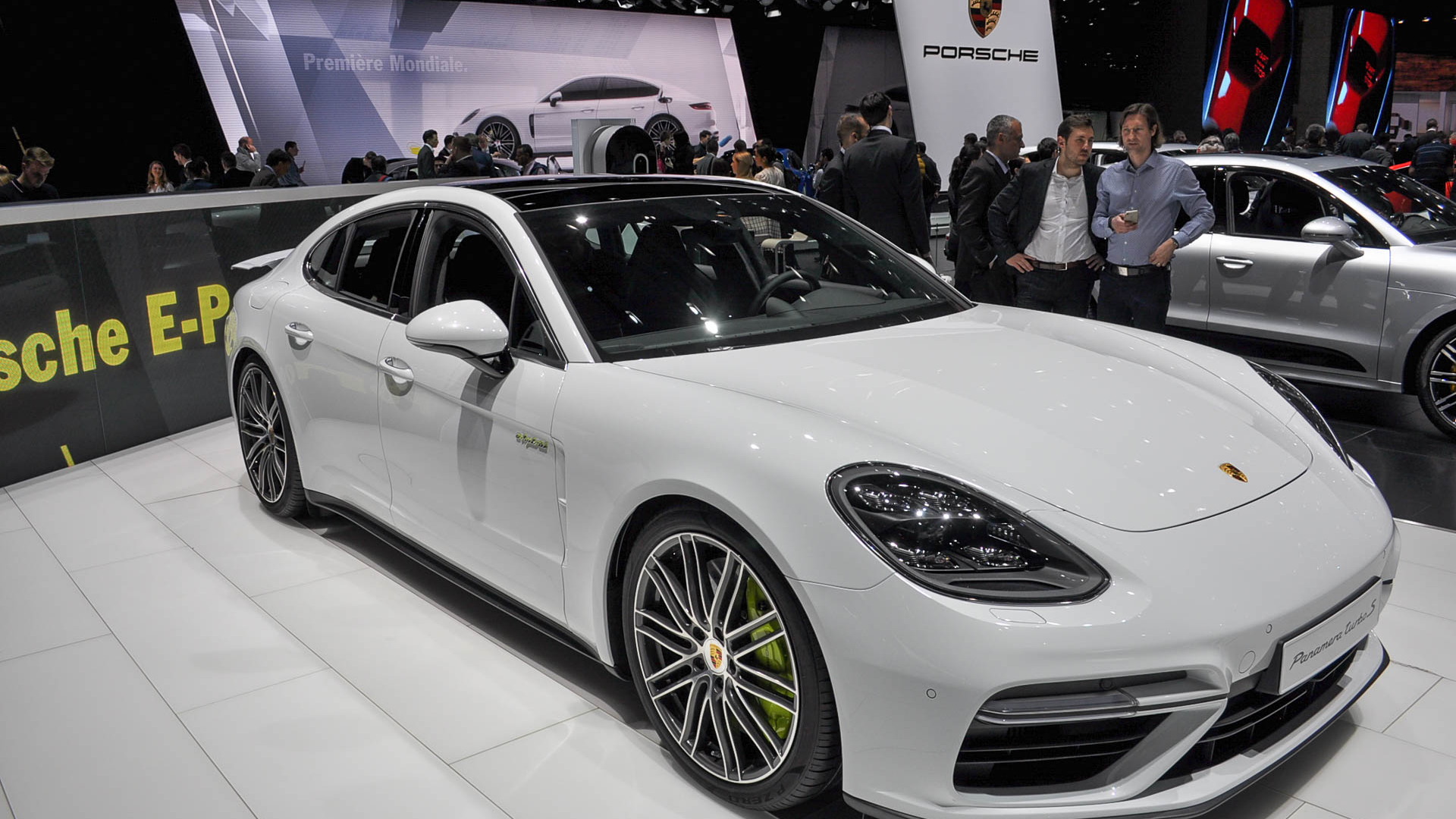 The top 2018 Porsche Panamera that money can buy now comes with a plug.

“I think what we have with the (2018 Porsche Panamera Turbo S E-Hybrid) is a range-topping sedan that is also a plug-in hybrid vehicle. The hybrids have been positioned in the middle of the range before. The top car now is an E-Hybrid,” Lawrence said.

The sedan, which was unveiled at the Geneva auto show last month and announced for North America last week, combines a 550-hp 4.0-liter turbocharged V-8 with a 101 kw (136 hp) electric motor for a combined output of 680 hp.

A 14.1-kilowatt-hour lithium-ion battery provides power to the motor and can drive the wheels for up to 31 miles on the New European Driving Cycle, according to the automaker.

It’s likely that the EPA-estimated range will be considerably less than the NEDC estimate when the U.S. agency rates the car for range and fuel efficiency.

Making the top Panamera an electrified model is a considerable philosophical shift for the company, but not without precedent, Lawrence said. The Porsche 918 represented the company’s future for sportscars—a “moonshot” moment, he said.

“Every (Panamera) engine is turbocharged now. When we add electrification, you get what you used to get from turbocharging, as far as performance goes,” Lawrence said.

Porsche’s approach to electrification as a performance-first strategy may be unconventional, but it’s one that Lawrence said should appeal to fans of the brand.

Even though the new Turbo S E-Hybrid won’t qualify for California’s coveted carpool sticker this year, Lawrence expects the car to do well in the Golden State and beyond.

“California, in general, is a fantastic market for Porsche. California does particularly well with electrified vehicles, but we expect it to be a strong vehicle for us nationally,” he said.

When it goes on sale later this year the Turbo S E-Hybrid will cost $185,450 and the longer-wheelbase model, which adds nearly 6 inches to the wheelbase, will start at $195,850.