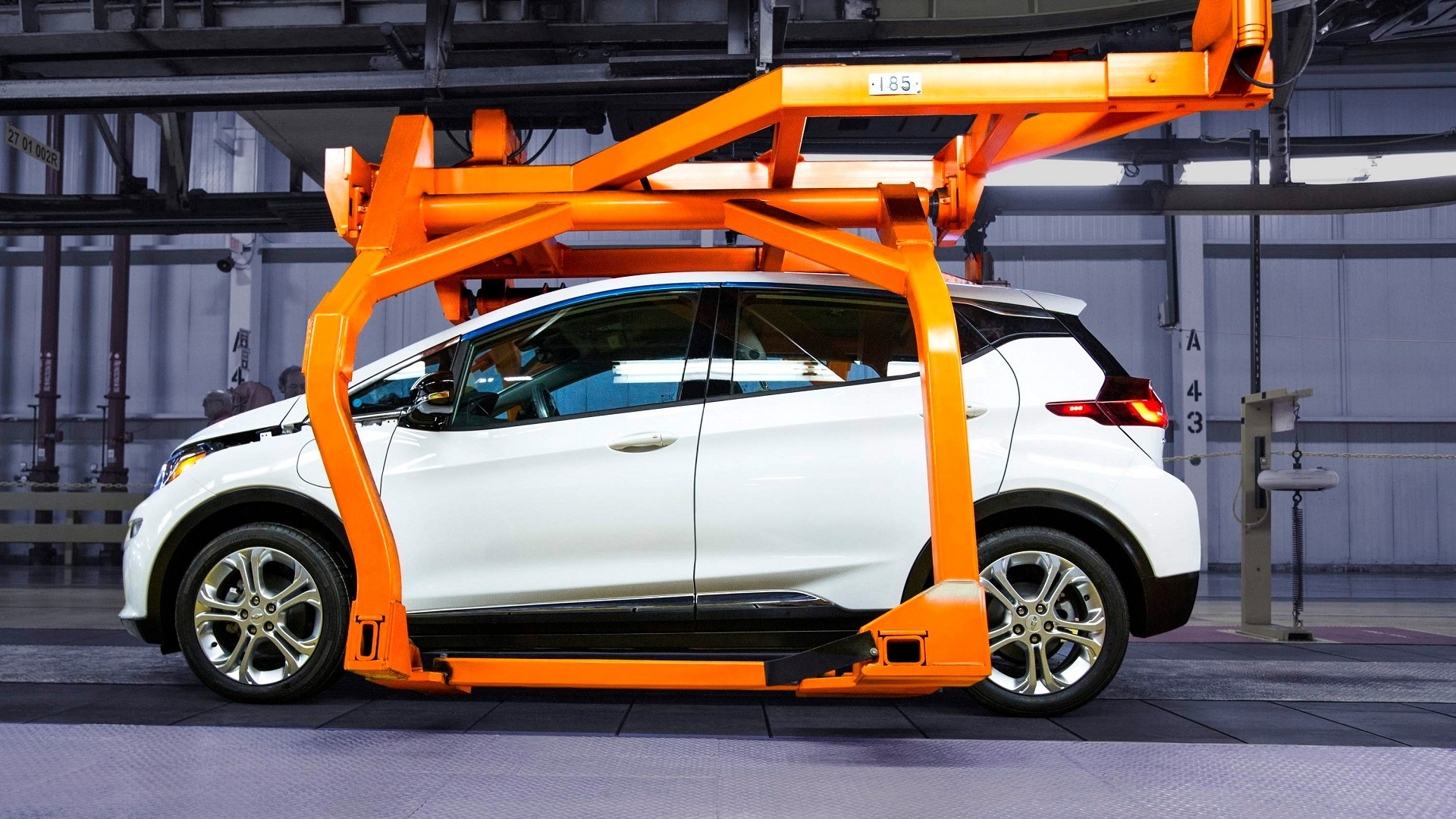 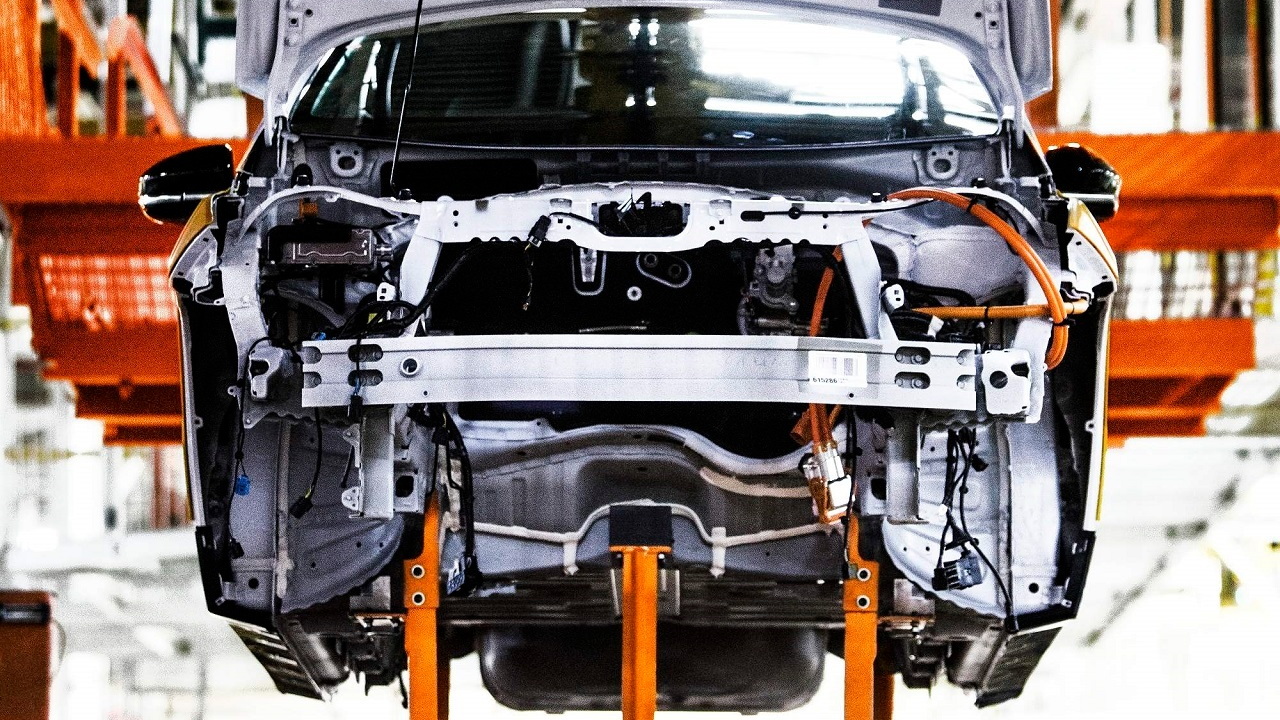 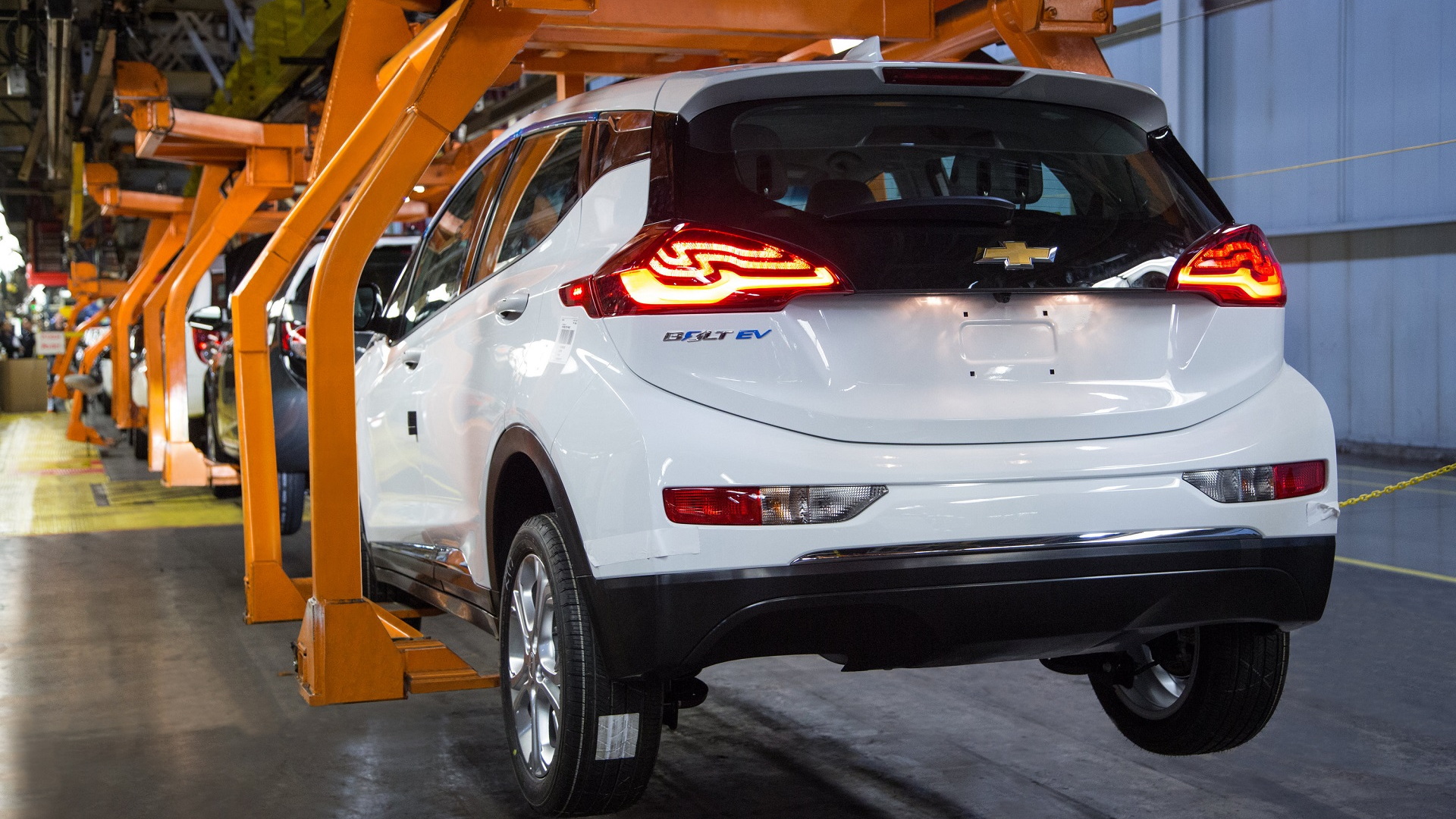 There are just nine days to go before the much-hyped Tesla Model 3 is unveiled to the world.

But it appears that the makers of a different affordable 200-mile electric car wanted to point out that their car will actually precede the Model 3 into production by at least a year.

Chevy said today that pre-production units of its 2017 Chevrolet Bolt EV electric car are now rolling off the line at the assembly plant in Orion Township, Michigan.

What's known as "retail production"—cars that can actually be sold to the general public—won't start until "the end of this year," GM said in a statement.

Until then, Bolt EV team engineers will be working together with the assembly-plant line employees to "finalize testing of plant tools and processes," it said.

In photos and a video provided by Chevrolet, a sequence of white and grey Bolt EVs can be seen moving down the assembly line, carried in bright-orange cradles suspended from overhead.

Another photo shows a Bolt EV body shell suspended above an assembly line, with what appears to be a powertrain behind and below it, presumably to be mated up as the line continues.

The start of pre-production marks an important milestone in the launch of any car, and the months that elapse before actual production underscore the efforts any major carmaker puts in to get the quality of any new vehicle absolutely right.

“We’re at another critical and important point in the development of the Bolt EV,” said Josh Tavel, the electric car's chief engineer.

“We’ve moved from working in math, and building cars by hand, to building Bolt EVs on the [assembly] line," he added.

The months to come will be used to test the plant's new tooling, and to refine the processes that govern parts delivery, assembly sequence, and regular quality checkpoints.

The 2017 Chevrolet Bolt EV was first shown as a concept at the 2015 Detroit Auto Show, and introduced as a production vehicle by CEO Mary Barra one year later at the same show.

GM has so far been close-mouthed about the target date for the first Bolt EV delivery, though it has pushed aggressively to get the car out on a very short development cycle.

Odds are that first Bolt could be show up in California, where more than 40 percent of all electric cars in the U.S. are sold today.