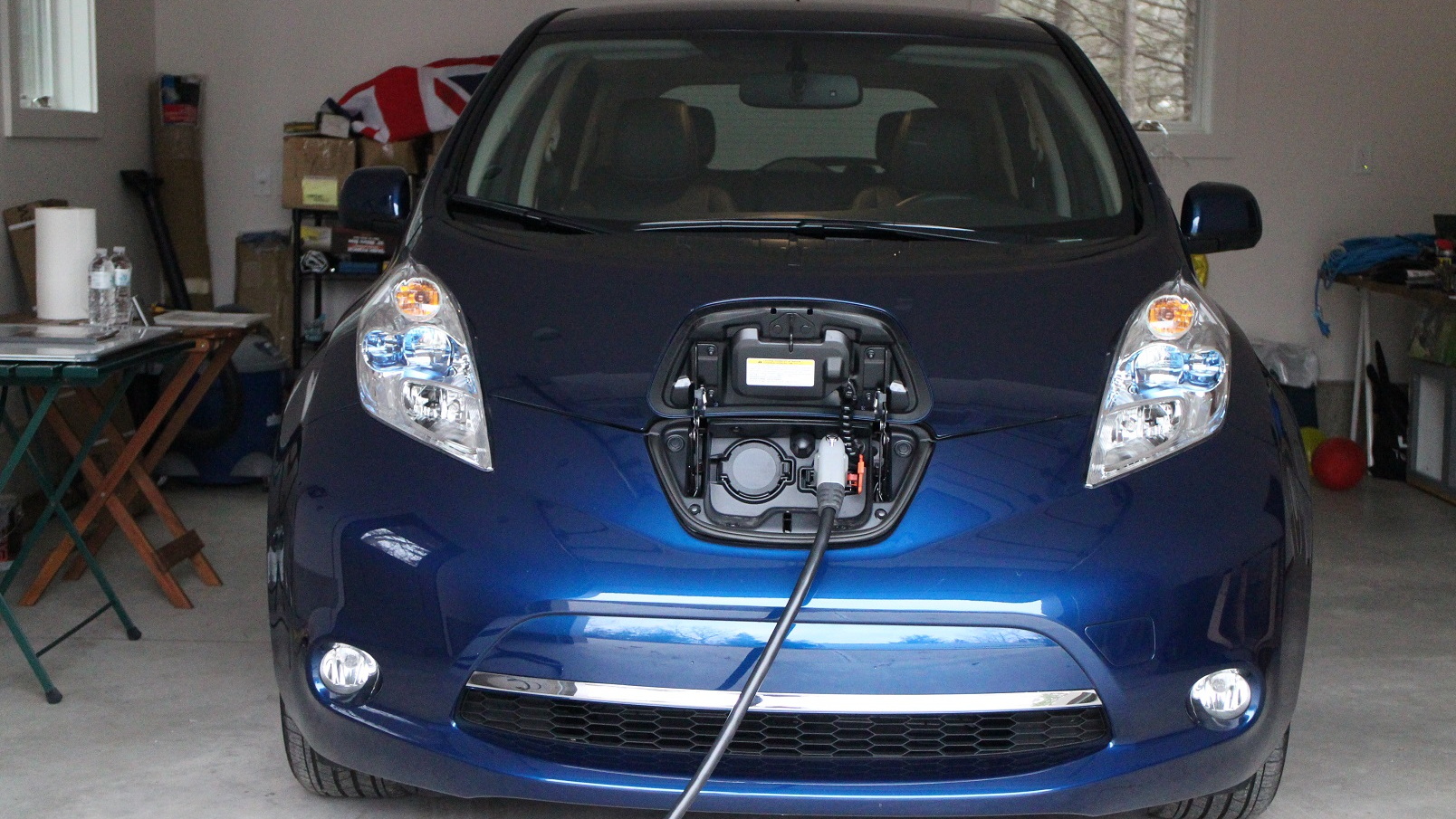 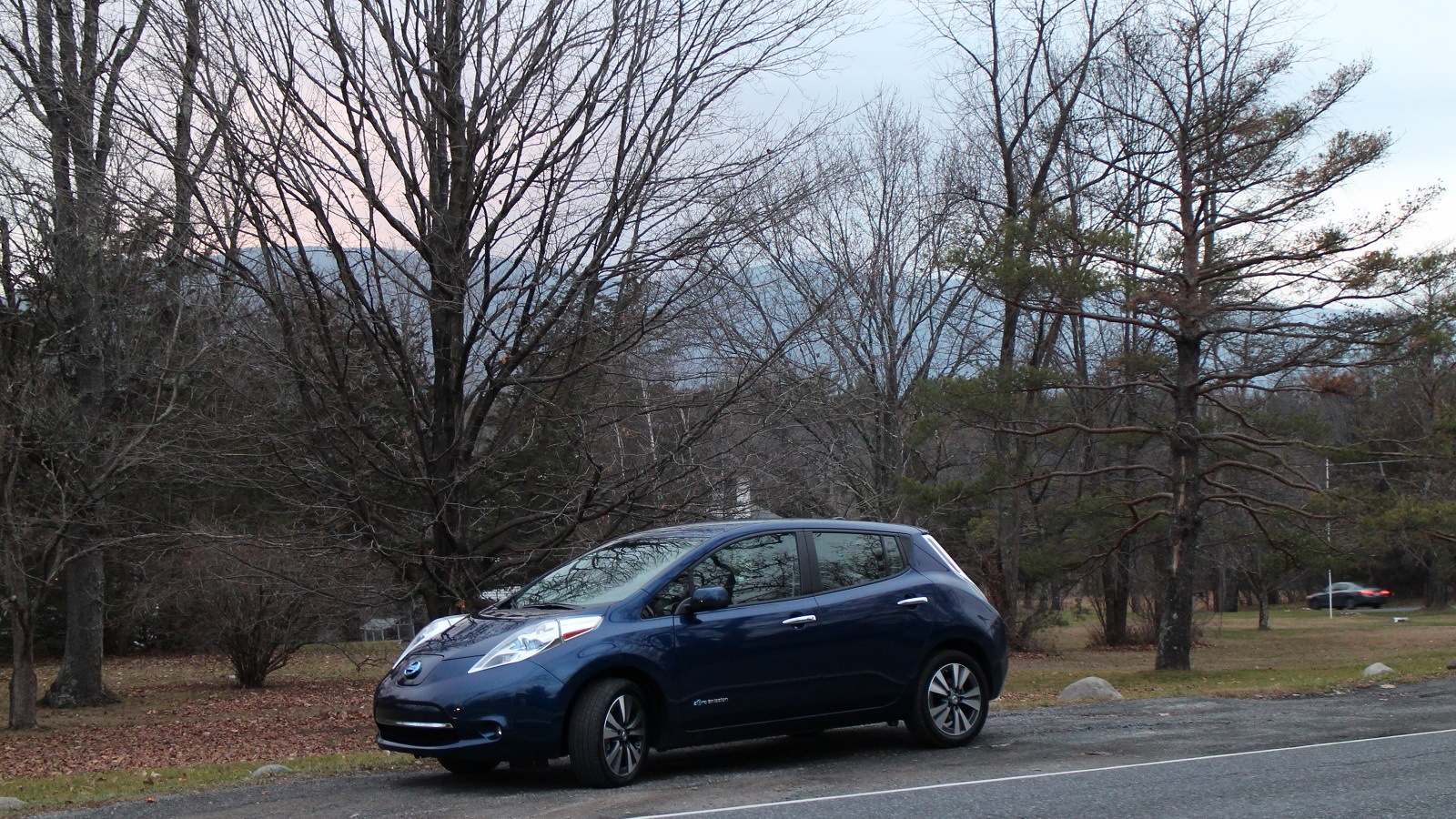 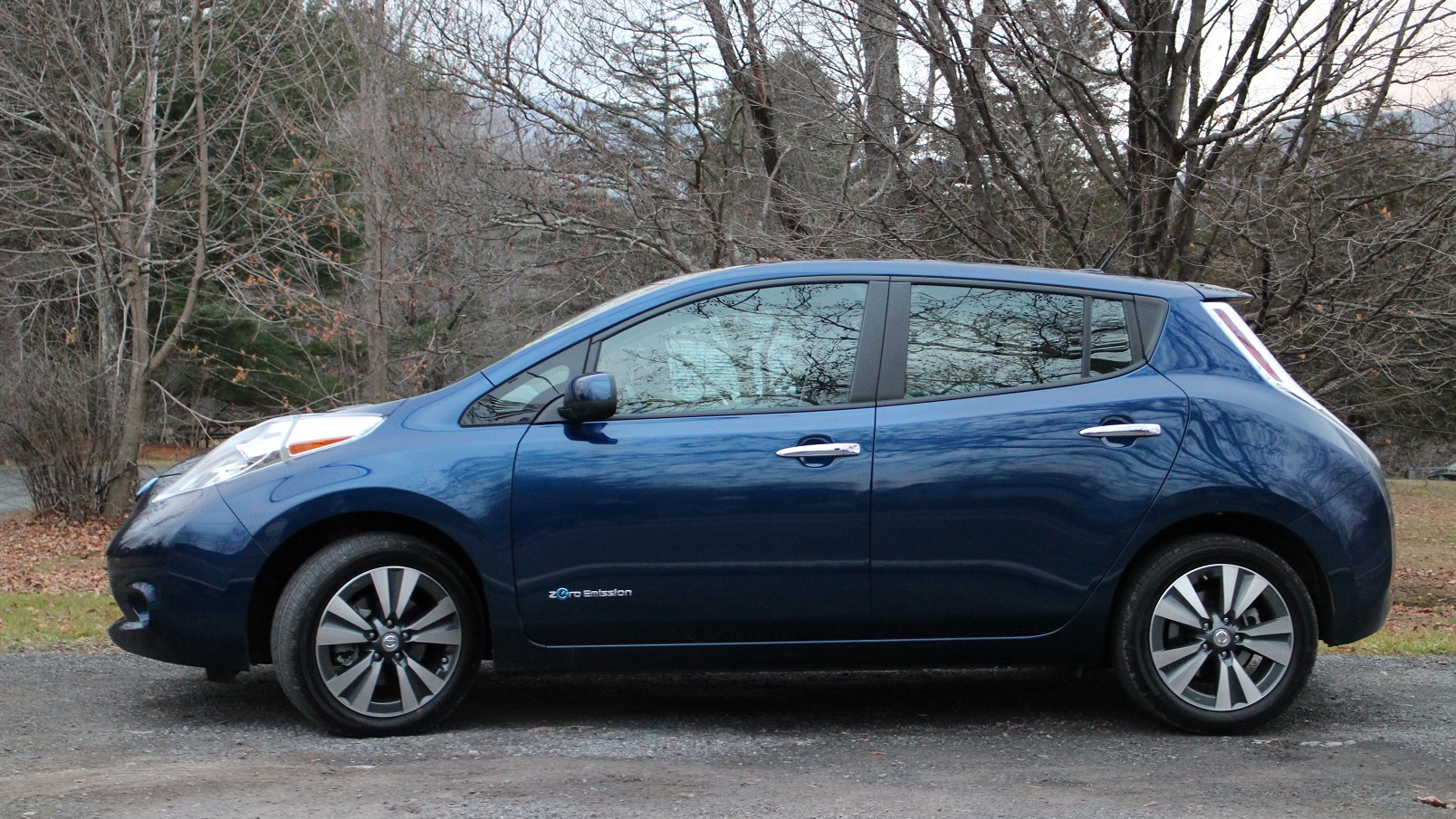 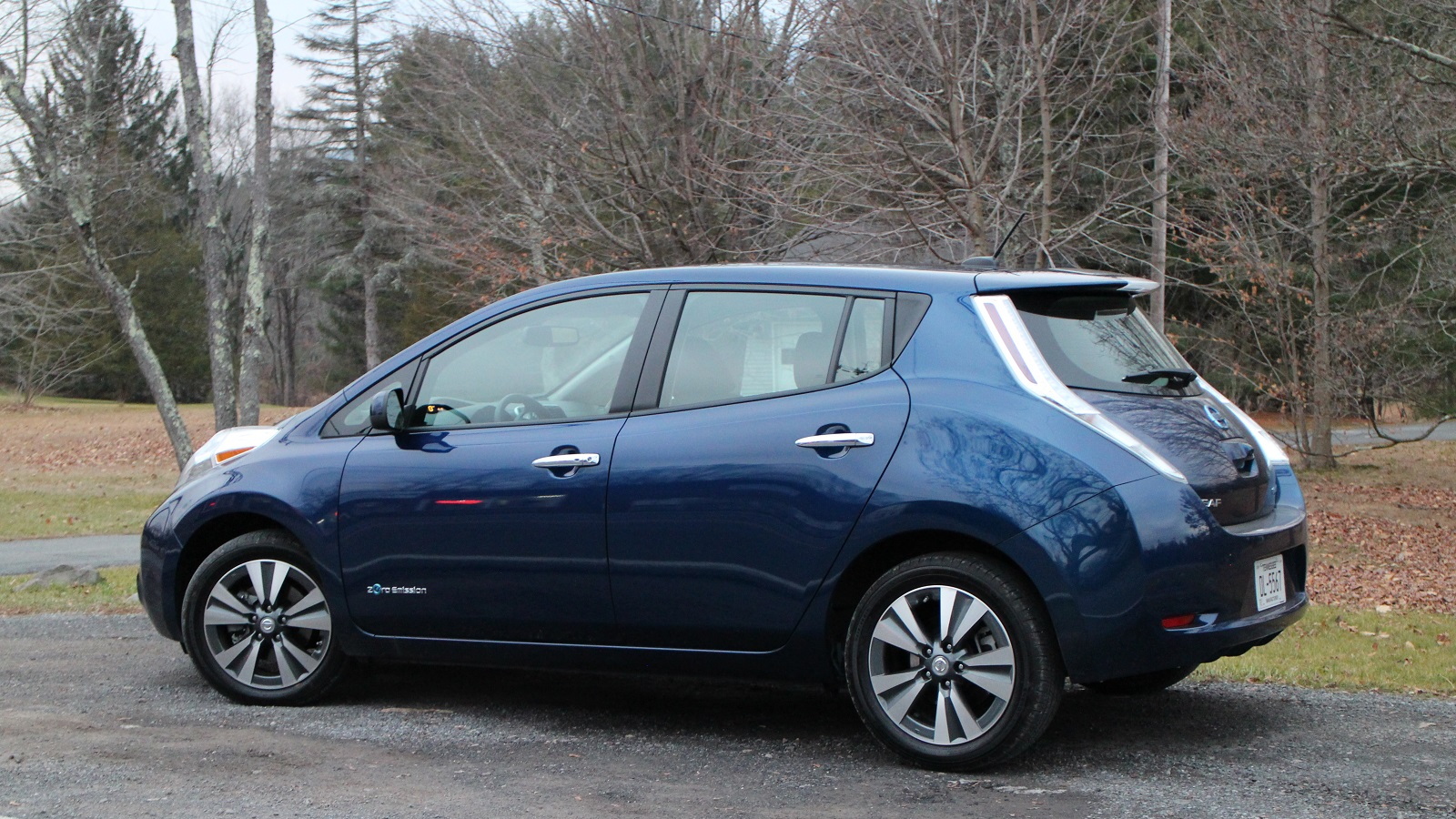 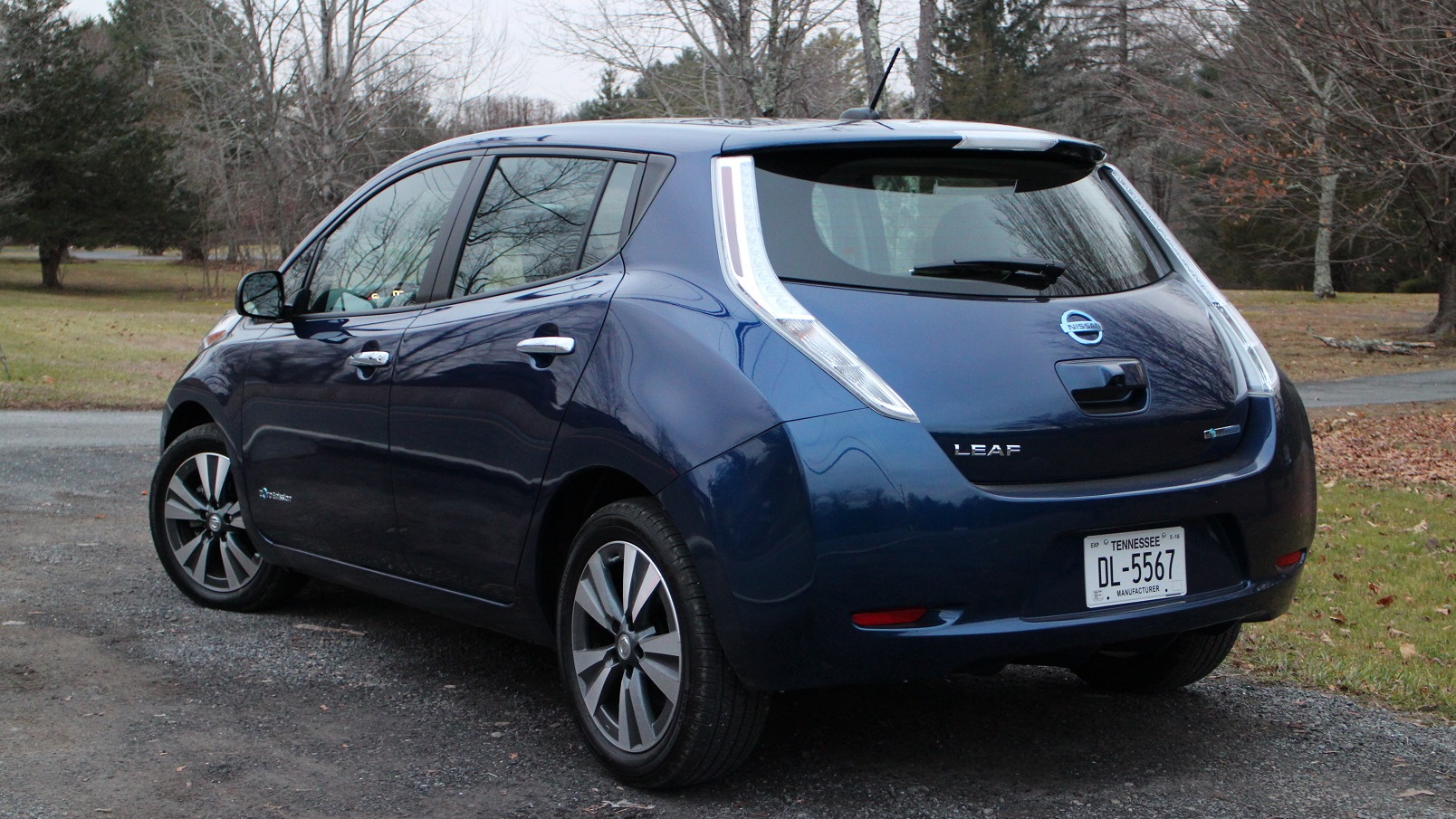 Electric-car buyers have eagerly waited for the 2016 Nissan Leaf, whose SV and SL models now offer a higher range, rated by the EPA at 107 miles.

That's up from the 84 miles of last year's Leaf, and so we eagerly accepted a short-term loan of a new 2016 Leaf SL to test the car ourselves.

The bottom line: The range is real, within the usual electric-car limits of speed and temperature, and the rest of the Leaf is all but unchanged.

That latter piece is worth underscoring, because in its sixth model year, the current Leaf has a number of features that feel relatively crude.

Over a 10-day period, we were able to test the longer-range Leaf, the new 2016 Toyota Prius hybrid, and the 2016 Chevrolet Volt plug-in hybrid.

In comparison to the other two, which are brand-new vehicles, the Leaf's interior in particular is simply outdated.

But first, about that range. We put 192 miles on our Leaf SL in a day and a half, with about two-thirds highway speeds and one-third around-town errands and stop-and-go traffic.

Given temperatures of 30 to 45 degrees over our two days, we expected some impact on battery range--exacerbated by a highway run at 70 mph.

Our first leg, an even mix of highway and local speeds, delivered 58 miles from 66 percent of battery capacity (from 99 to 33 percent).

After an overnight cold soak, our Leaf gave us a "Low Outside Temperature" warning. In the event, we got 79 miles from 88 percent of battery capacity (from 100 to 12 percent).

The last leg involved 54.5 miles, which used 58 percent of the battery--and we delivered it for recharging at our local garage with 28 percent left, indicating 33 miles of range.

The range indicator, largely called the "Guess-O-Meter" by Leaf owners, varied greatly, at one point showing us a range of 133 miles after a few miles of downhill driving.

Overall, we achieved 3.4 miles per kilowatt-hour across our three recharges. Those numbers appear roughly proportional to ranges in older Leafs with the lower-range battery.

As for the rest of our test, the 2016 Leaf has a new central display screen and some changes to the various NissanConnect screens

But it's been a long time since we've spent time with an earlier Leaf, so we're not capable of providing any useful feedback there. Contact your local Leaf owner for that.

What struck us, though, after time in the latest Prius and Volt, was how primitive the Leaf's interior is for a 2016 car.

The all-black interior of the test car, largely composed of hard plastic surfaces, looks old and utilitarian. And we were shocked that the steering wheel only tilted; it didn't telescope.

Some of the minor switches and controls looked and felt more suited to a $15,000 economy car than an advanced-technology halo vehicle for the brand.

The low-resolution monochrome readouts in the instrument cluster looked downright primitive, and required using a perimeter button to page through.

And we've never liked pendant parking brakes (the pedal hanging under the left side of the dashboard).

The second-generation Leaf that will launch for 2017 or 2018 will likely address most of these issues, as well as offering versions with ranges of 150 to 200 miles.

But it's a sign of how fast the design of plug-in and hybrid cars has advanced that only six years after its launch, the world's best-selling electric car now feels outdated.

To reassure readers, it was far from all bad.

The Leaf continues to be smooth and comfortable, with continuous acceleration and the calm, quiet travel of any all-electric vehicle. In that respect, it beat the Volt and Prius.

We liked the blue accent stitching on the black "leather-appointed" seats, which were comfortable and quite upright (which we happen to prefer).

The car is easy to drive, and we found it surprisingly simple to "grow" multiple leafy trees in the dash display, indicating we were driving efficiently (we didn't particularly try).

Some minor controls are fussy, however (radio volume was a particular sore point), and we found the heated steering wheel inconsistent--some times it would be toasty, others it would just switch itself off.

Between the heated driver's seat and steering wheel and a fleece jacket, we actually didn't use the cabin heat--but less-Spartan souls may not have the same experience.

Overall, the longer-range 2016 Leaf was exactly what we expected it to be: a battery with 27 percent more range in an otherwise unchanged and aging Leaf.

Drivers of existing Leafs will likely find the longer range useful, for commutes, more distance between fast charging sites (where they exist), and overall confidence.

But with the 200-mile 2017 Chevrolet Bolt EV being revealed in production form next week, a new Leaf is becoming a necessity for Nissan to stay in its current top spot.

Granted the Bolt EV is a subcompact, while the Leaf is compact to mid-size in capacity, but still ... electric range likely trumps interior volume in this case.

We look forward to the next Leaf. Meanwhile, the current one retains all the virtues and vices of last year's car--but offers a quarter more range for roughly the same price.

It had only two options: mats for the floor and cargo area, at $180, and a $1,570 premium package that upgraded the car to a Bose seven-speaker audio sytem and added Nissan's clever and useful Around-View Monitor.