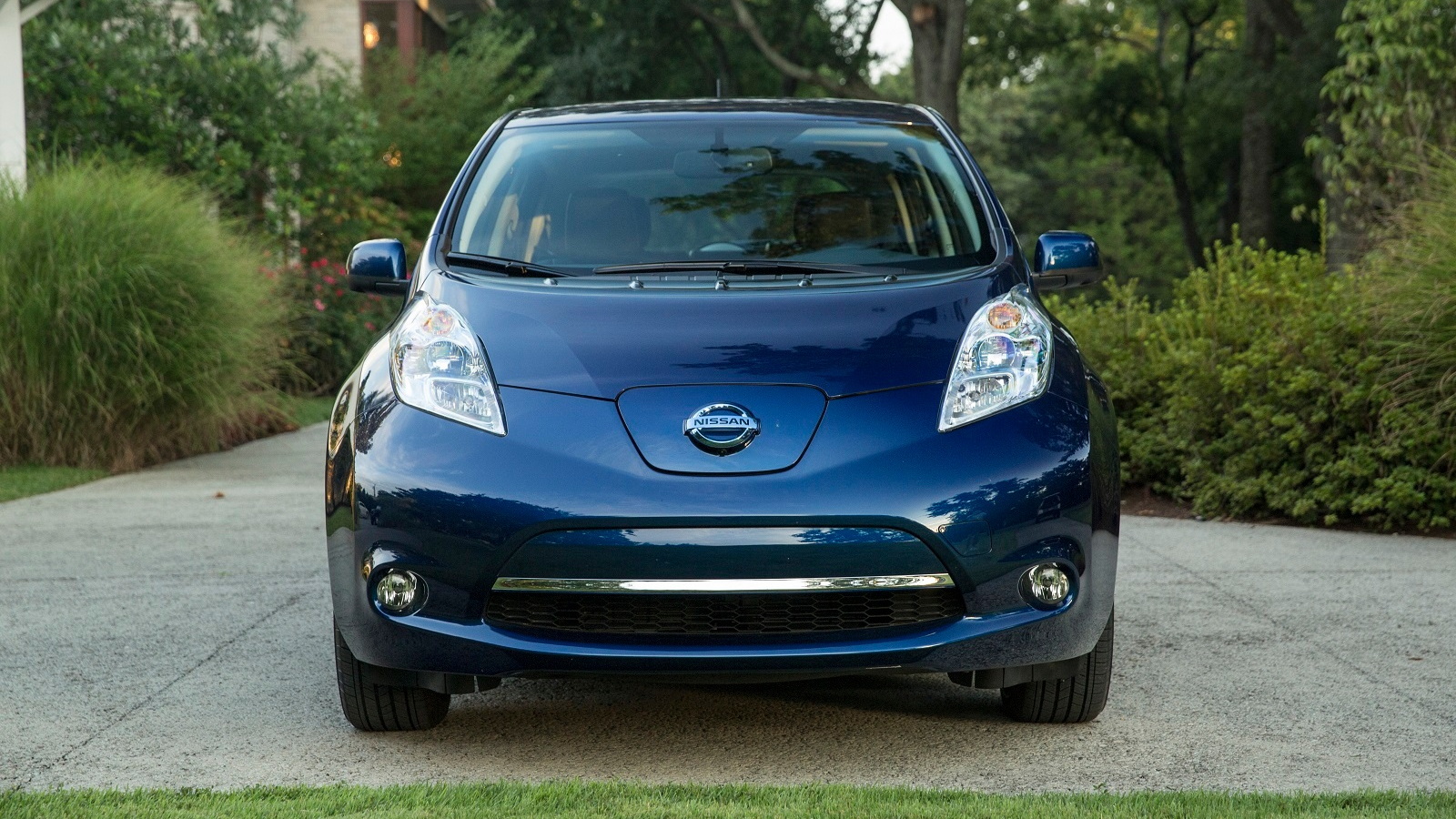 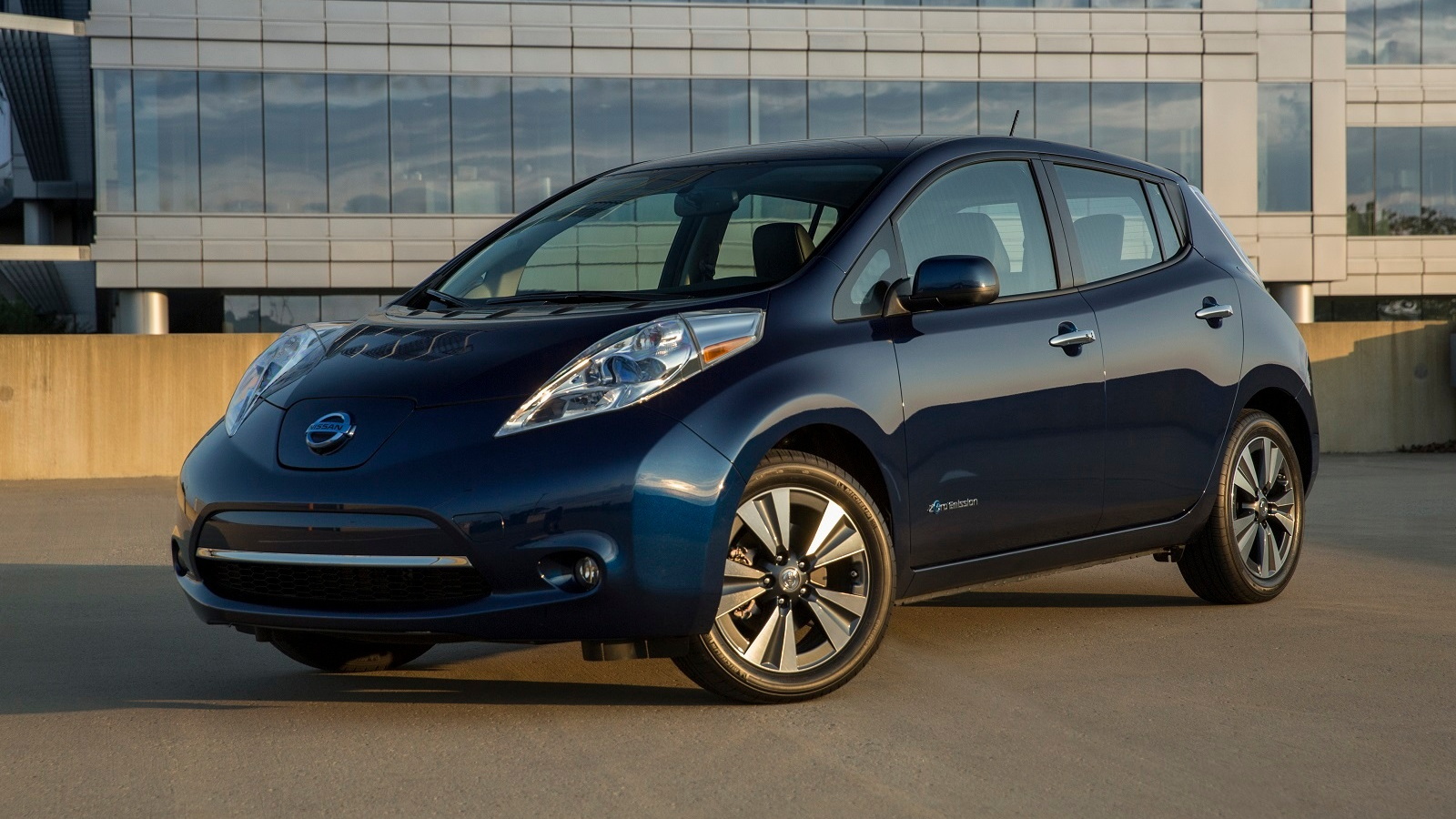 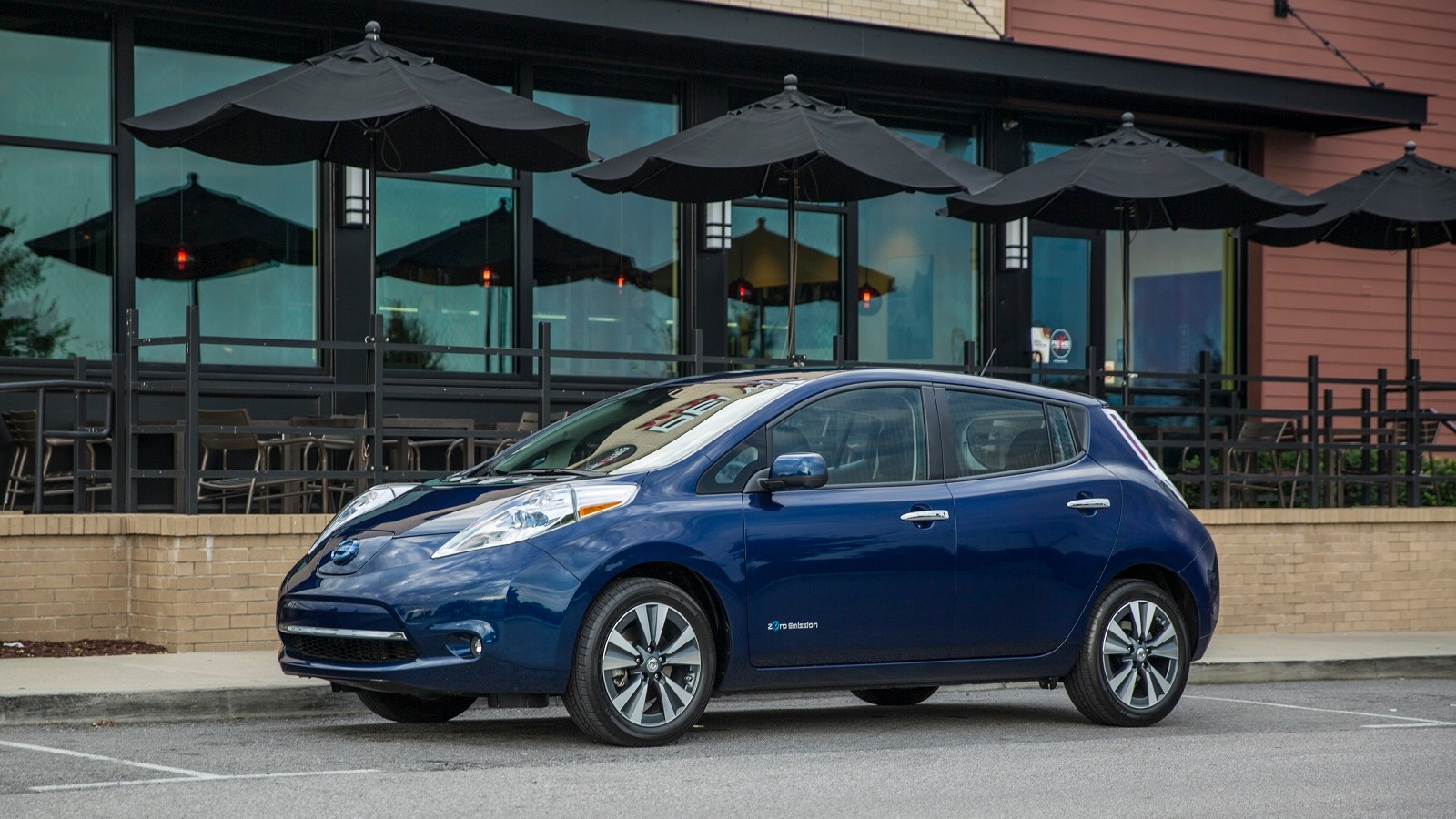 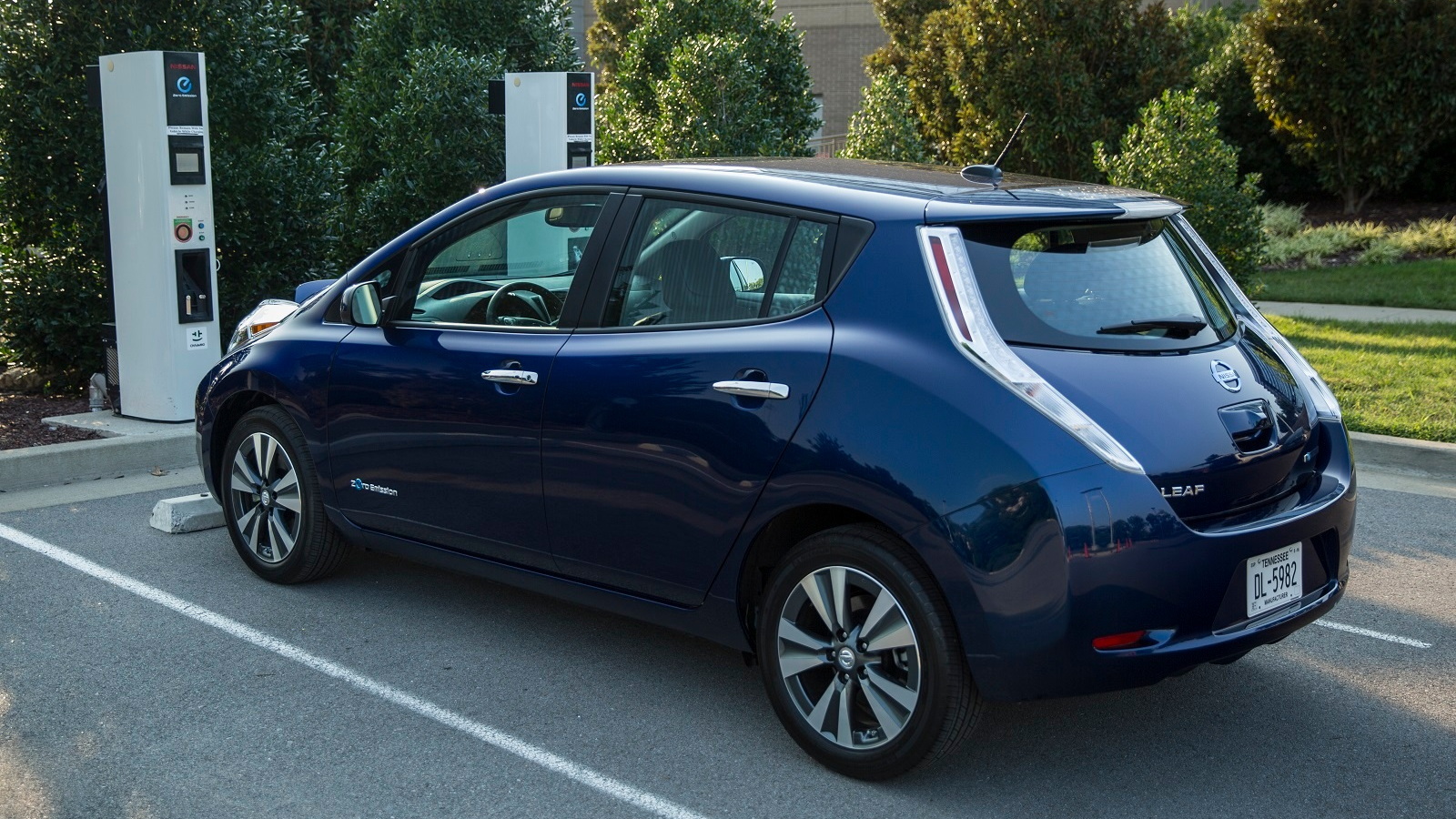 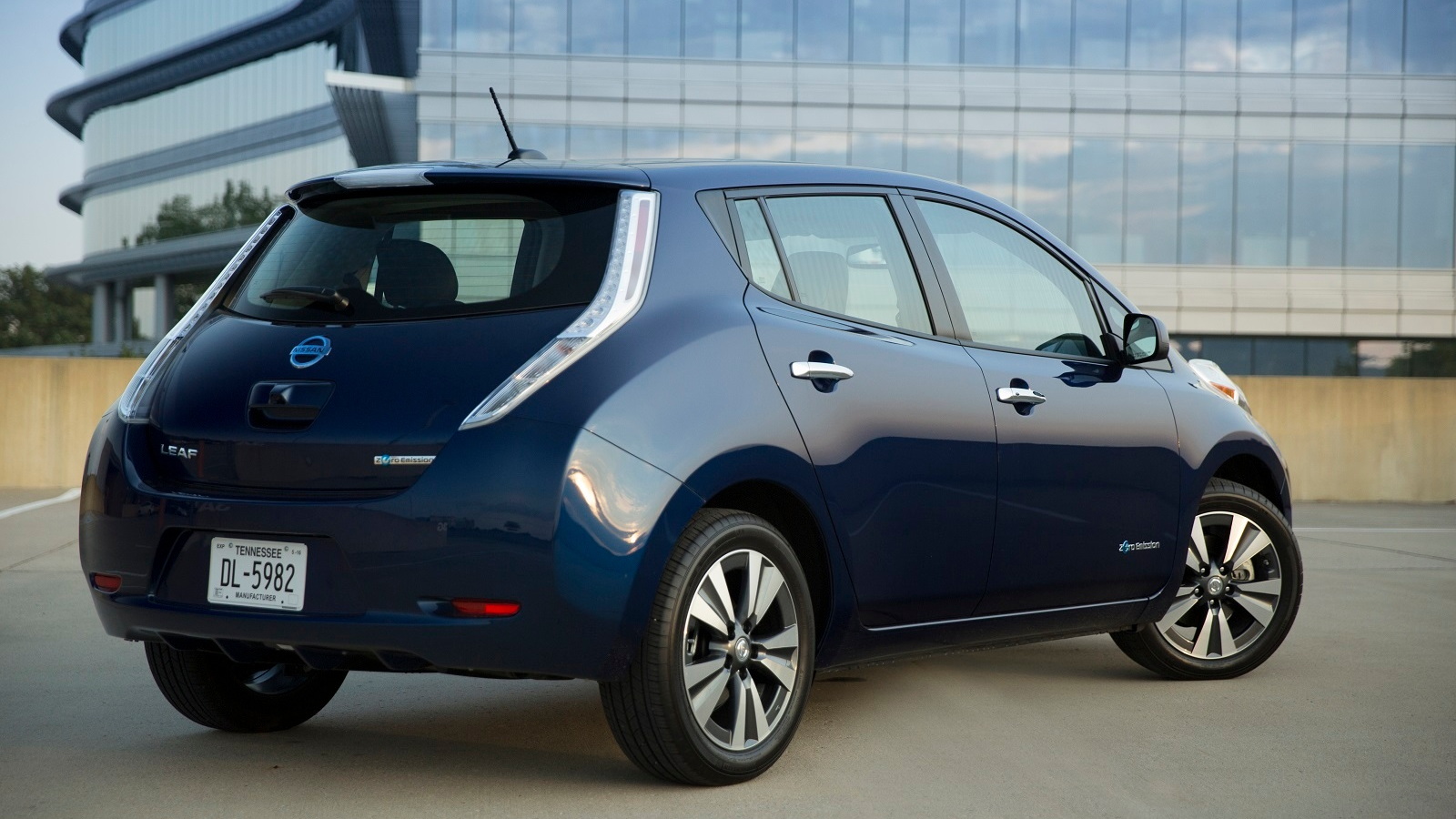 The 2016 Nissan Leaf electric car will offer a choice of two different battery sizes, with a new larger 30-kilowatt-hour pack giving an EPA-rated range of 107 miles on the mid-level SV model and the top SL trim level.

The base Leaf S model will stick with the current 24-kWh pack, rated at 84 miles of range; its price remains unchanged at $28,060. (All prices include a mandatory $850 delivery charge.)

The higher-capacity battery gives the 2016 Leaf the longest range of any electric car on the market except for those from Tesla, which start at $70,000 and can total as much as $130,000 for the highest-end versions.

The new 30-kWh battery pack occupies the same size and footprint as the existing 24-kWh pack, and weighs 46 pounds more.

The 2016 Leaf uses newer cells with revised chemistry for the electrode material that increases power density. Each pack still holds 192 cells, but newly-designed modules contain eight cells each, rather than four as in the existing battery.

The drivetrain is otherwise unchanged, with an 80-kilowatt (107-horsepower) electric motor producing 187 lb-ft of torque driving the front wheels.

Other changes for the 2016 model year include enhancements to the Leaf's infotainment system, intended to improve connectivity and make the system more user-friendly for drivers, as well as three new paint colors.

All models in the 2016 Leaf lineup get improvements to their infotainment systems that include Nissan Connect with mobile apps on the Leaf S, which now features a 5.0-inch color display as standard.

The higher-level Leaf SV and SL versions get Navigation added to that, and a 7.0-inch color touchscreen.

Also included are not only mobile apps but also Nissan Voice Recognition for navigation and audio, HD radio, and SiriusXM Travel Link for real-time data on weather, fuel prices, movie listings, stock info, and sports (Note that a subscription to SiriusXM is required, sold separately).

Nissan says that the graphics on the menu screens, and the process of customizing user settings, have been improved--and that charging information is now auto-updated whenever the Leaf is switched on, and after every 12 miles of driving.

A subscription to the Nissan Connect EV system carries no extra charge for SV and SL buyers, and provides remote connection to the vehicle.

That data includes monitoring of battery state-of-charge, start charging event control, and turning on the heating and air conditioning system before entering the vehicle.

In addition, the new graphic interface on the center screen has been redesigned better readability, and an improved system for voice recognition that includes a beam-forming microphone.

While the new 2016 Leaf rises to the top of the range ratings for electric cars under $40,000, you can view it as a trial balloon for the second-generation Leaf, which will have a much longer range yet.

The 2016 Nissan Leaf will be available at dealerships starting in October.