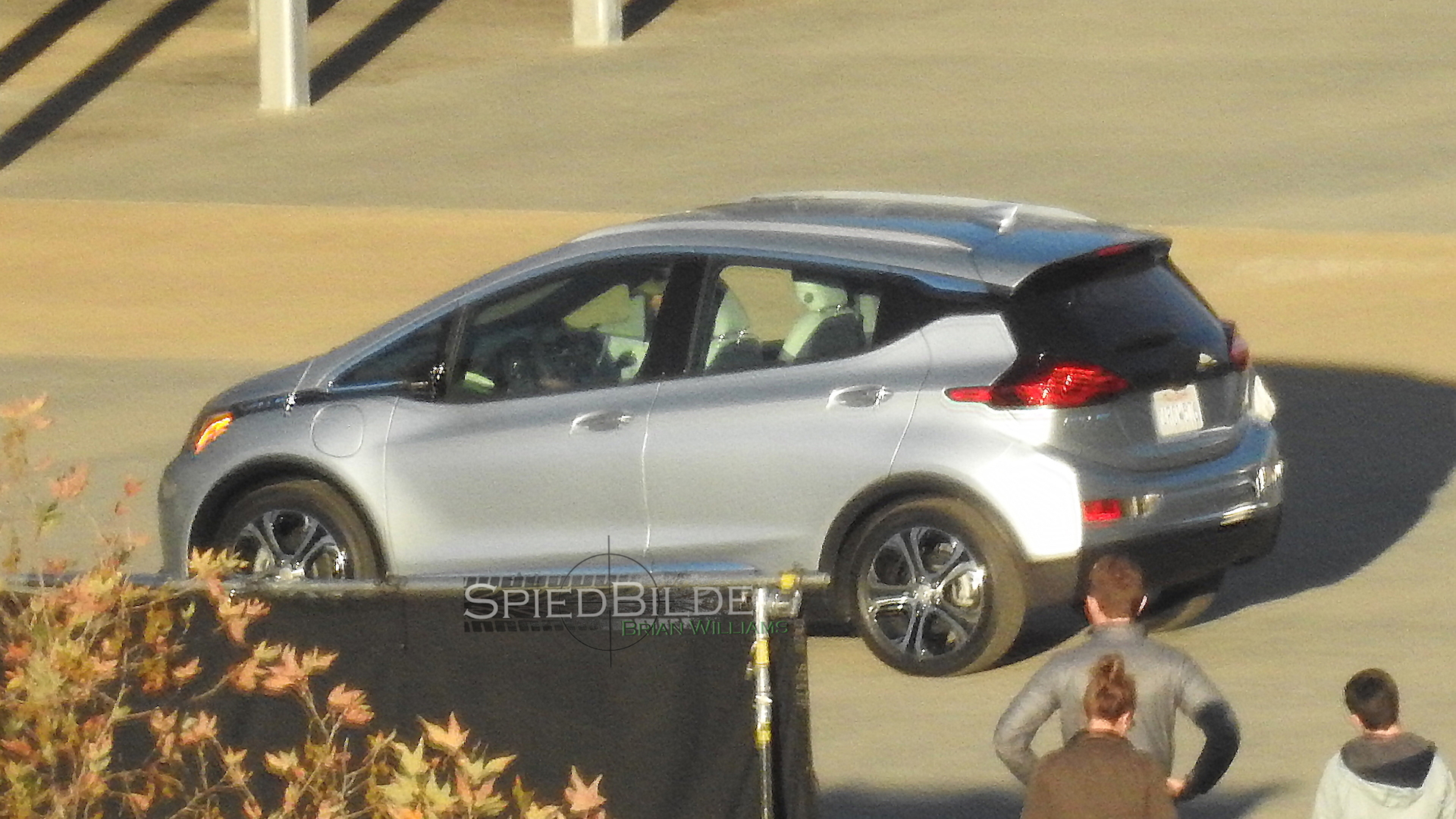 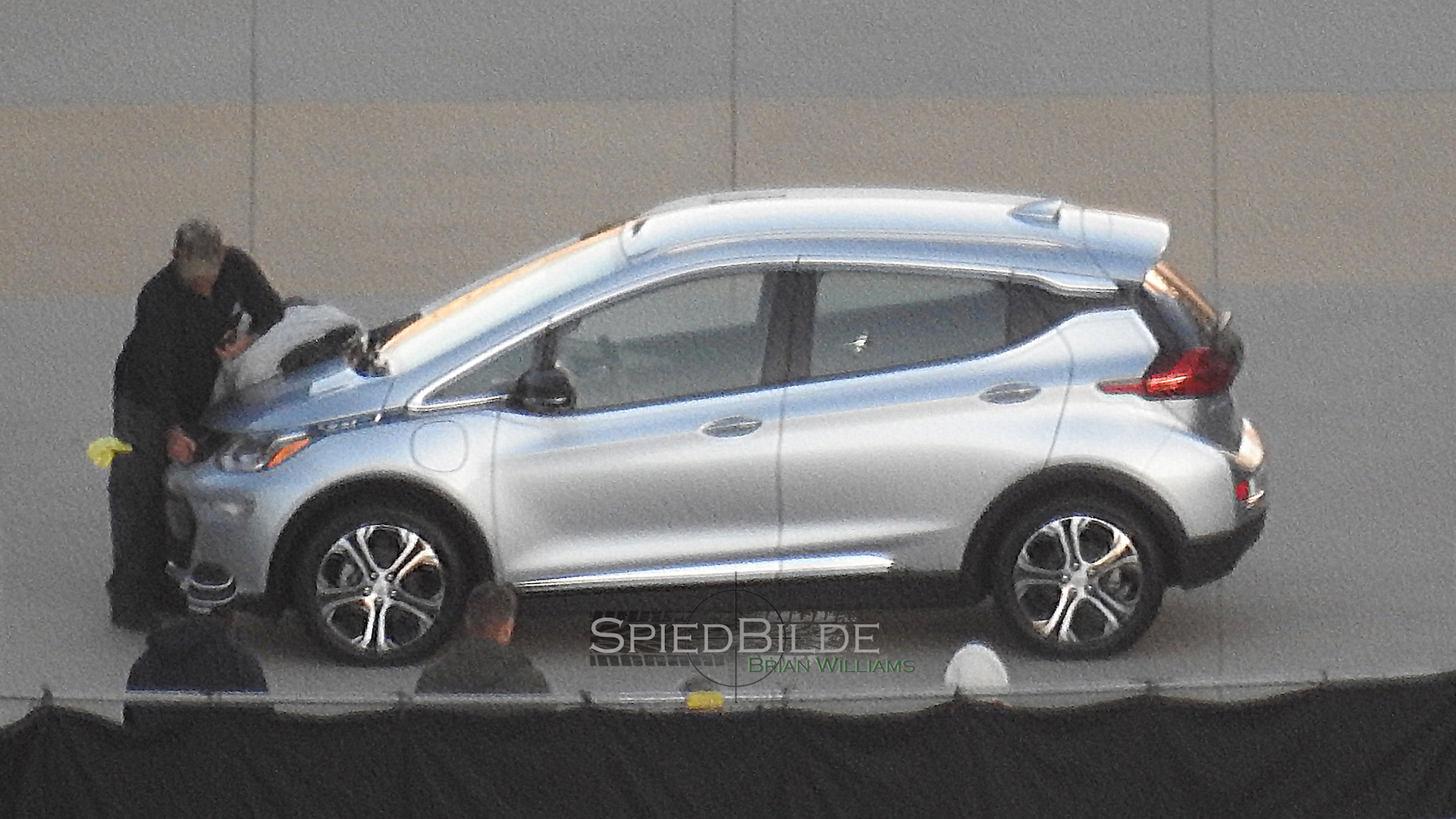 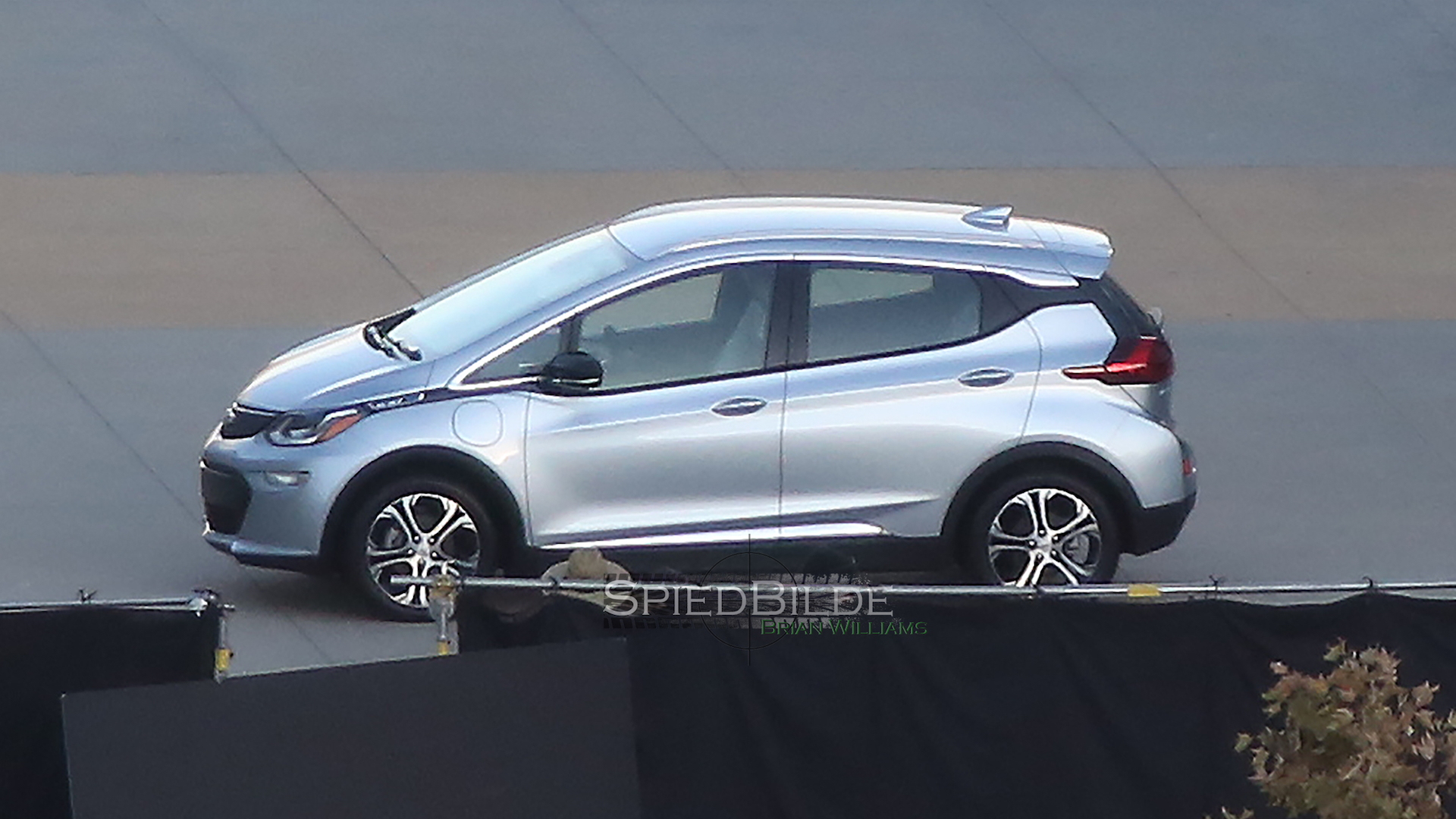 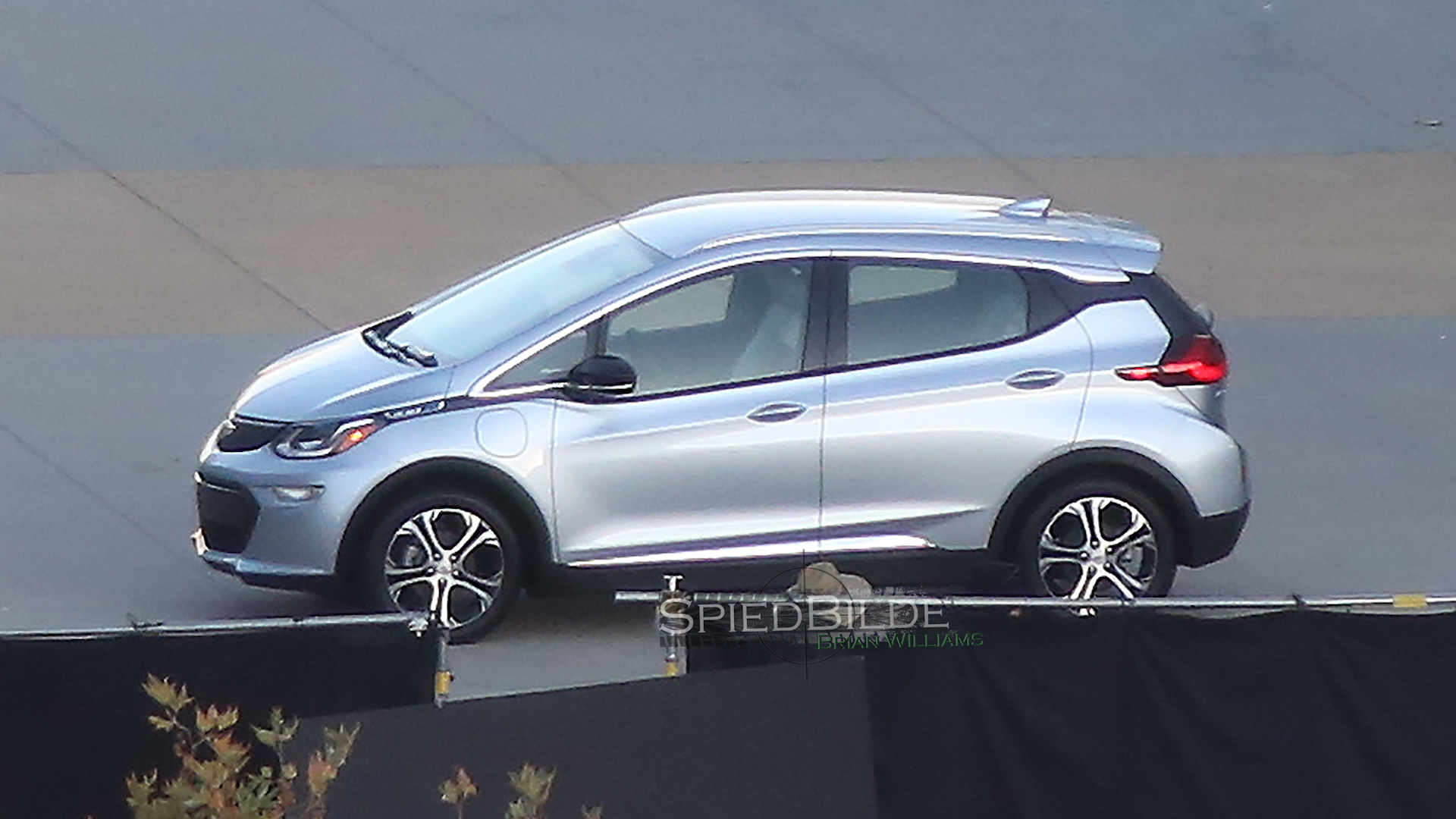 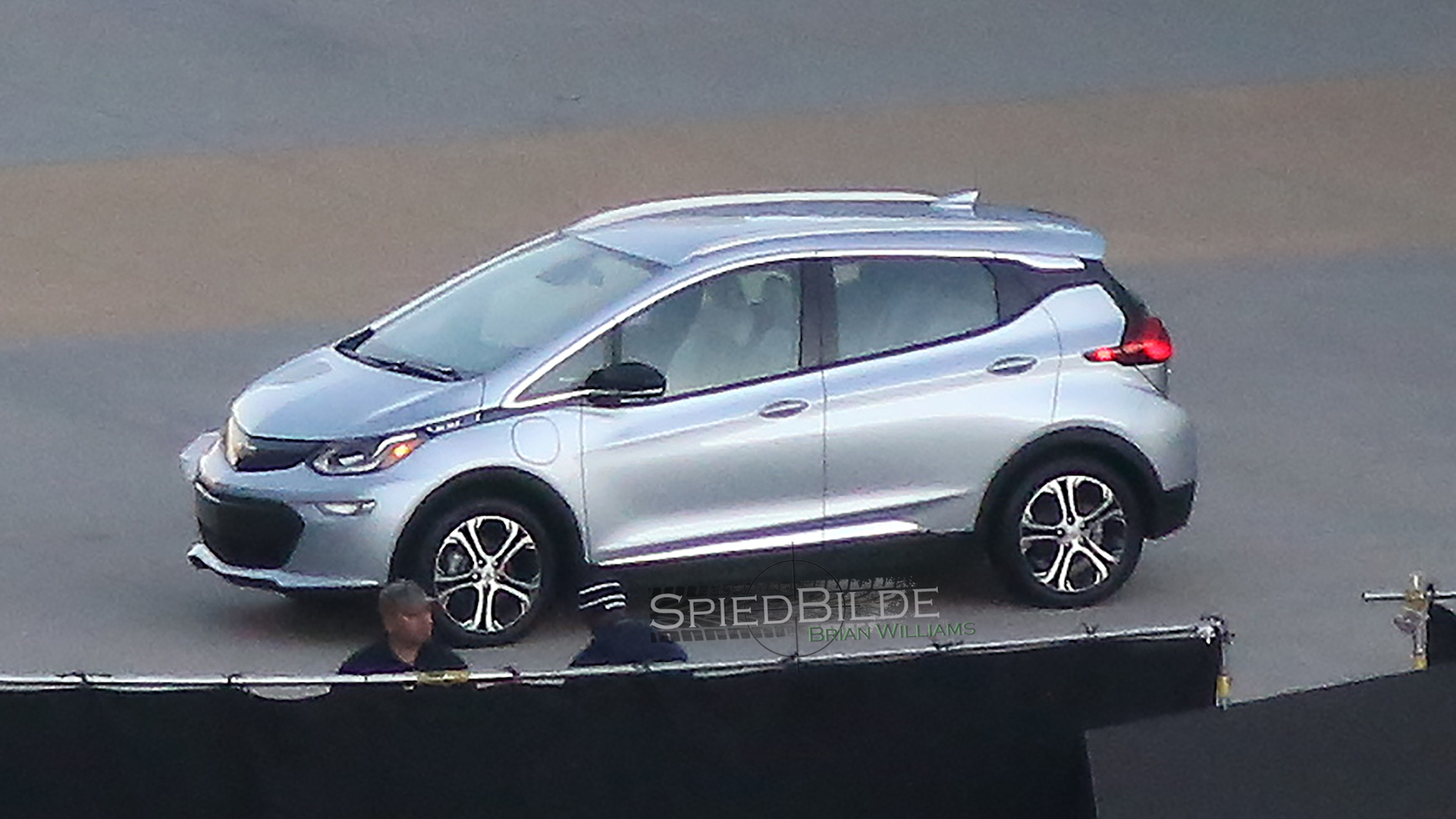 These are the first photos of the 2017 Chevrolet Bolt electric car.

The long-awaited, pure electric descendant of GM's EV1--and a cousin of the new Chevrolet Volt, or at least a close-sounding relative--the Bolt will go into production next year with an anticipated all-electric driving range of 200 miles.

GM also has said the base price of the Bolt will be about $30,000, after federal incentives.

Chevrolet also says it plans to sell the Bolt in each of the 50 states, a marked difference from other electric vehicles built largely as "compliance cars"--vehicles sold only in enough volume to meet strict emissions rules.

The Bolt was shown as a surprise concept at the 2015 North American International Auto Show, and has since been undergoing final development.

The most substantial change appears to be at the side and rear, where the Bolt adopts some of the gloss-black trim applied to the last-generation Volt--but also, at the rear pillar, where it adopts a floating-canopy look like the one on the current Nissan Murano and Lexus RX.

It's expected the rather wild concept-car interior will be toned down for production--but to what degree remains an unknown, since our spies weren't able to get interior photos.

Recently, the Bolt's production-version reveal had been all but confirmed for the upcoming 2016 CES, to be held the first week of January, in Las Vegas.

The Bolt's drivetrain is expected to generate 200 miles of driving range--but also, considerable interest. Its maker, LG Chem, won't just be shipping battery packs to GM; the battery supplier is also in charge of sending the rest of the powertrain, including the electric-drive motor, onboard charger, instrument cluster, infotainment system, and other components.