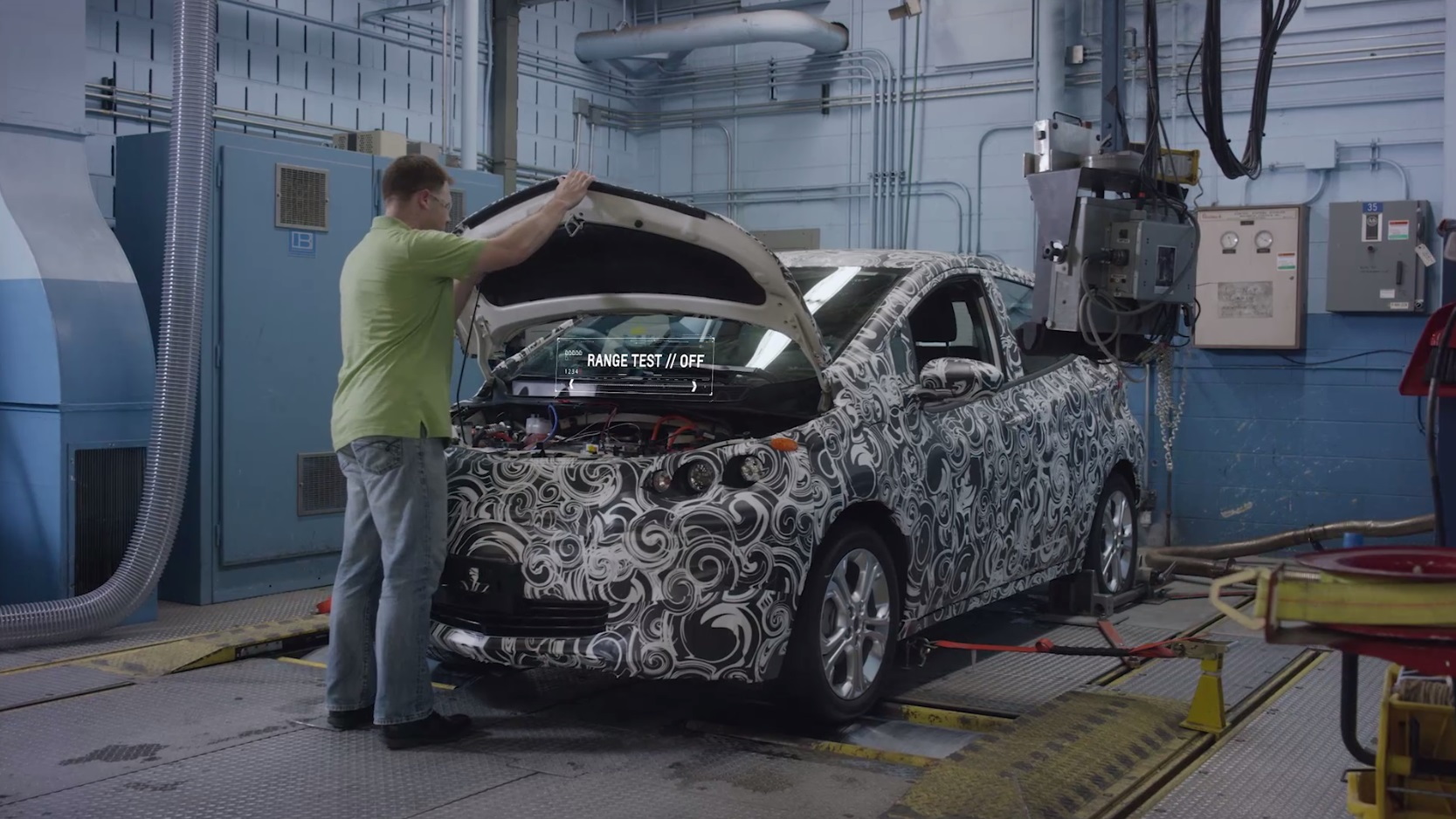 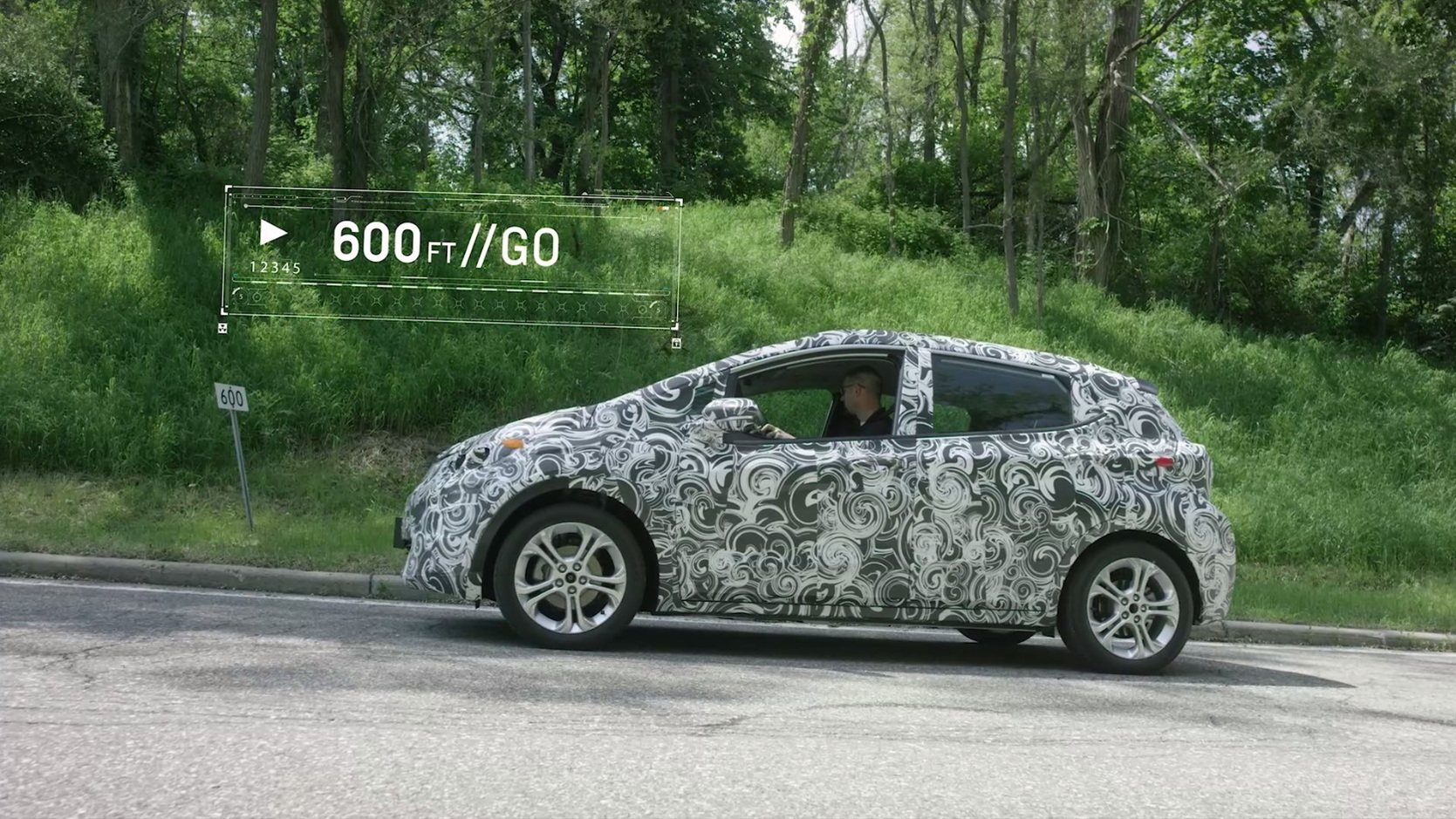 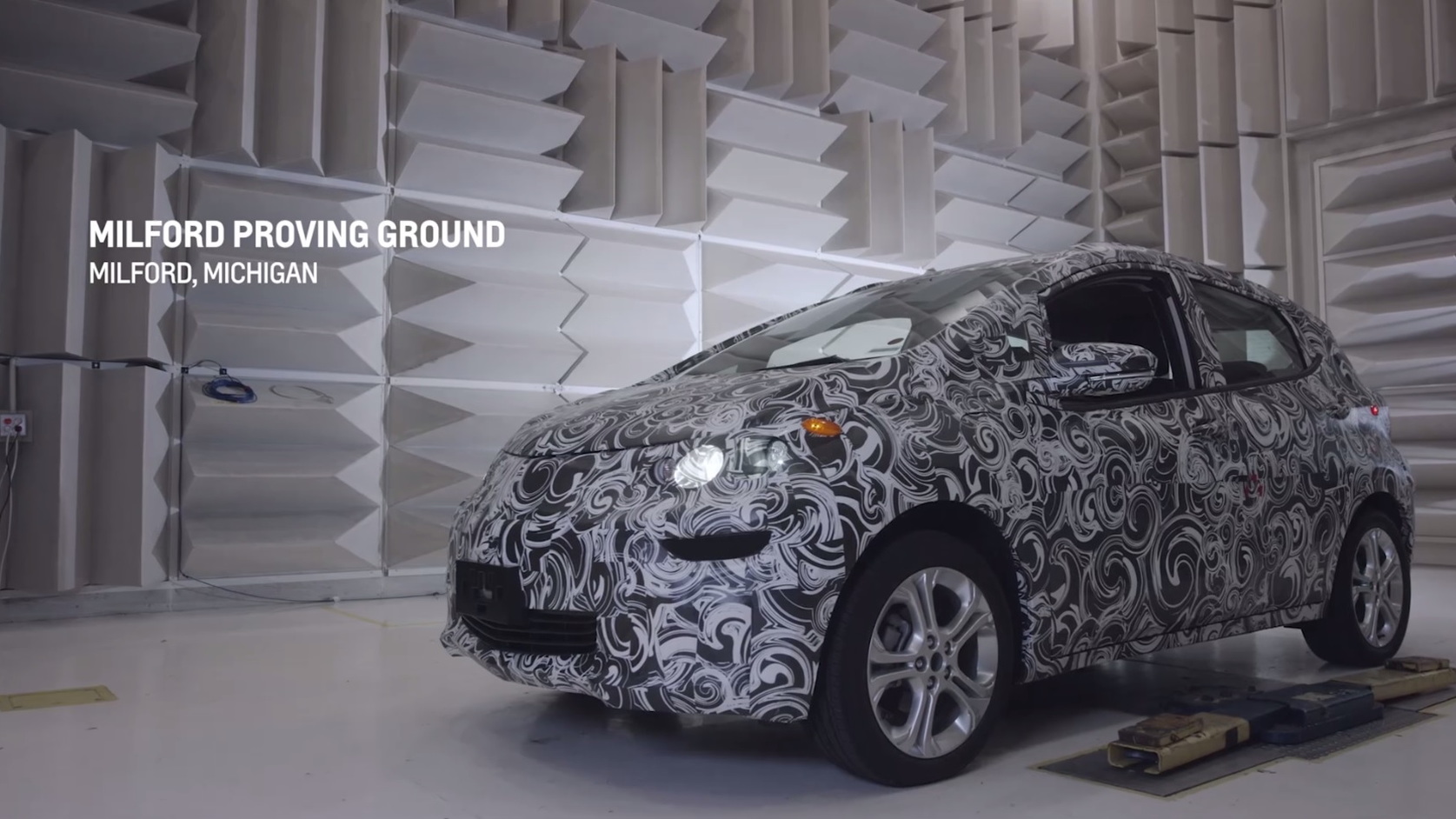 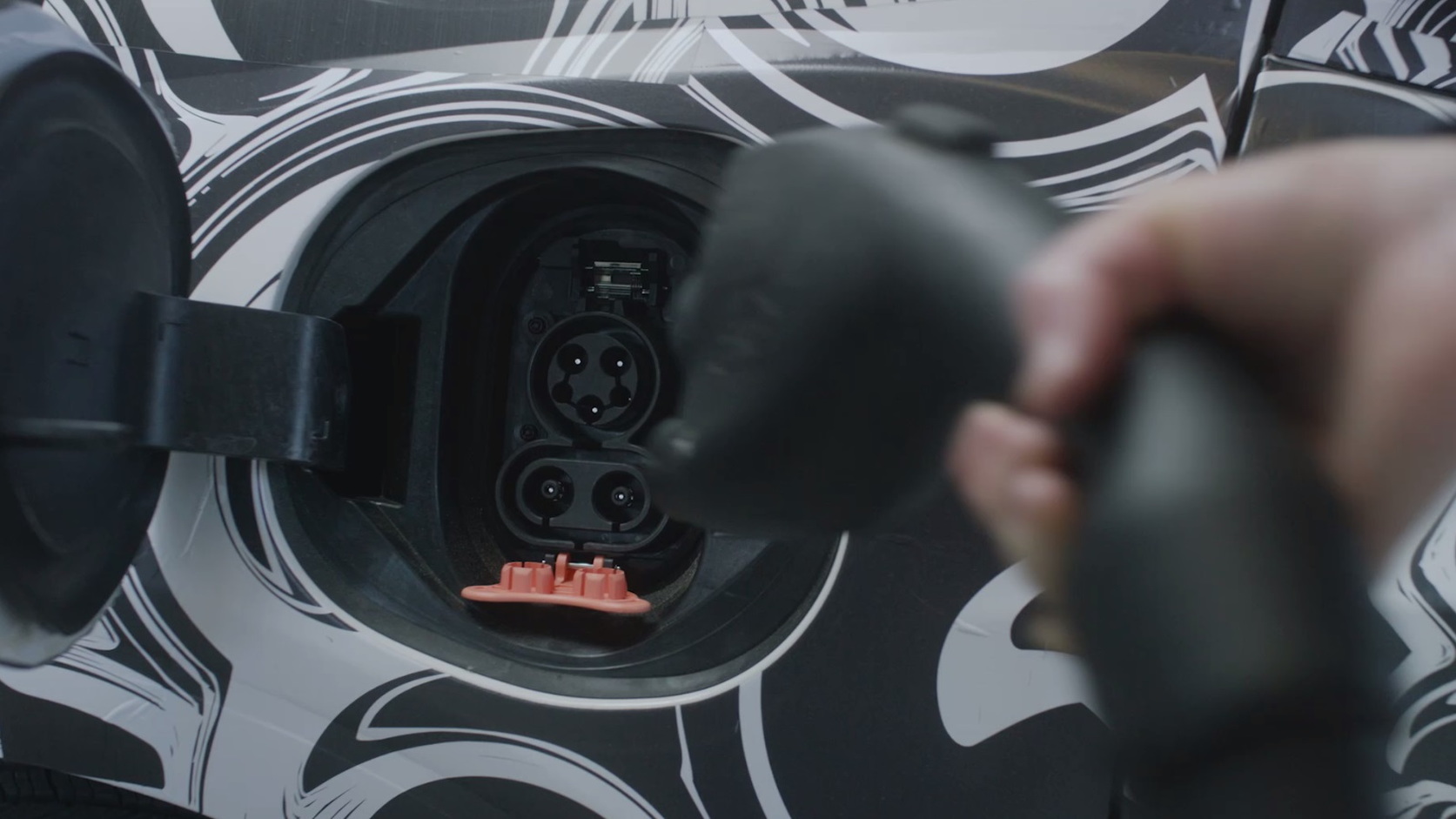 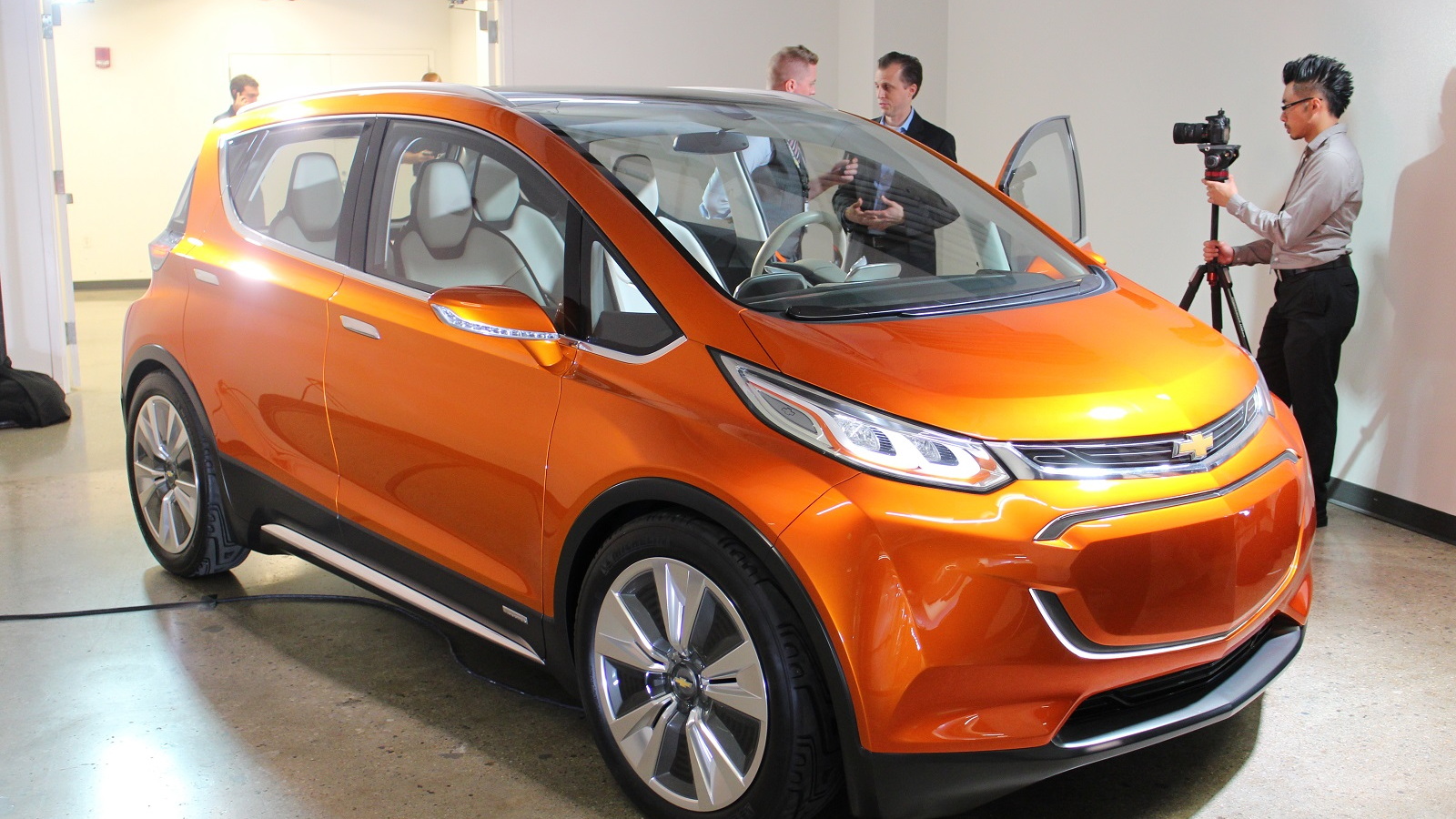 We learned very few new details about the 2017 Chevrolet Bolt EV today, but General Motors released a development video that will likely excite fans and potential buyers of the 200-mile electric car.

The bulk of today's GM media presentation is about the 2016 Chevy Cruze, to be unveiled tonight.

But GM's Electrification team turned out in full force to discuss the Bolt EV in the lead-up to the Cruze launch.

The goal of the Bolt EV, said Pam Fletcher, is to make "electric cars approachable to the all, not just to the elite."

That would be a thinly veiled dig at Tesla Motors, which routinely gets large amounts of media attention for its announced plans to deliver a 200-mile Model 3 sedan in late 2017 at a price of $35,000.

Josh Tavel, chief engineer for the Bolt EV, joined Fletcher to note that pre-production prototypes of the Bolt EV were already being assembled by hand in both South Korea and Orion, Michigan, in the plant where the car will be produced for global sale.

Indeed, the video shows camouflaged Bolts in speed and acceleration tests, being charged at a DC quick-charging station (using the U.S.-German CCS connector, of course), and in thermal testing.

The interiors are cleverly covered or obscured, so very few details are available.

But if there's an overall message, it's that GM is already well along on testing what will become the production Bolt--and more details will be forthcoming.

And, as Fletcher and team underscored several times, that GM firmly believes the Bolt will be a "game changer" for electric cars.

It will be sold in all 50 states, and with the 2016 Chevrolet Spark EV launching nationwide in Canada this October, it seems logical to expect the same for the Bolt EV as well.

Fletcher, Tavel, and the team declined to answer questions about the underlying platform or architecture used for the Bolt EV.

Industry reports suggest that it will be similar to that used under the next-generation Chevy Sonic subcompact lineup, which will also be built at the Orion Assembly Plant.

Those cars are likely to be joined on the assembly line by a new small Cadillac SUV, if this morning's reports are to be believed.

GM also declined to comment on the lithium-ion cell supplier for the Bolt EV or the size of its battery pack.

Fletcher did say, however, that "LG Chem has been a very valued and trusted supplier."

We think that's a nod and a wink.