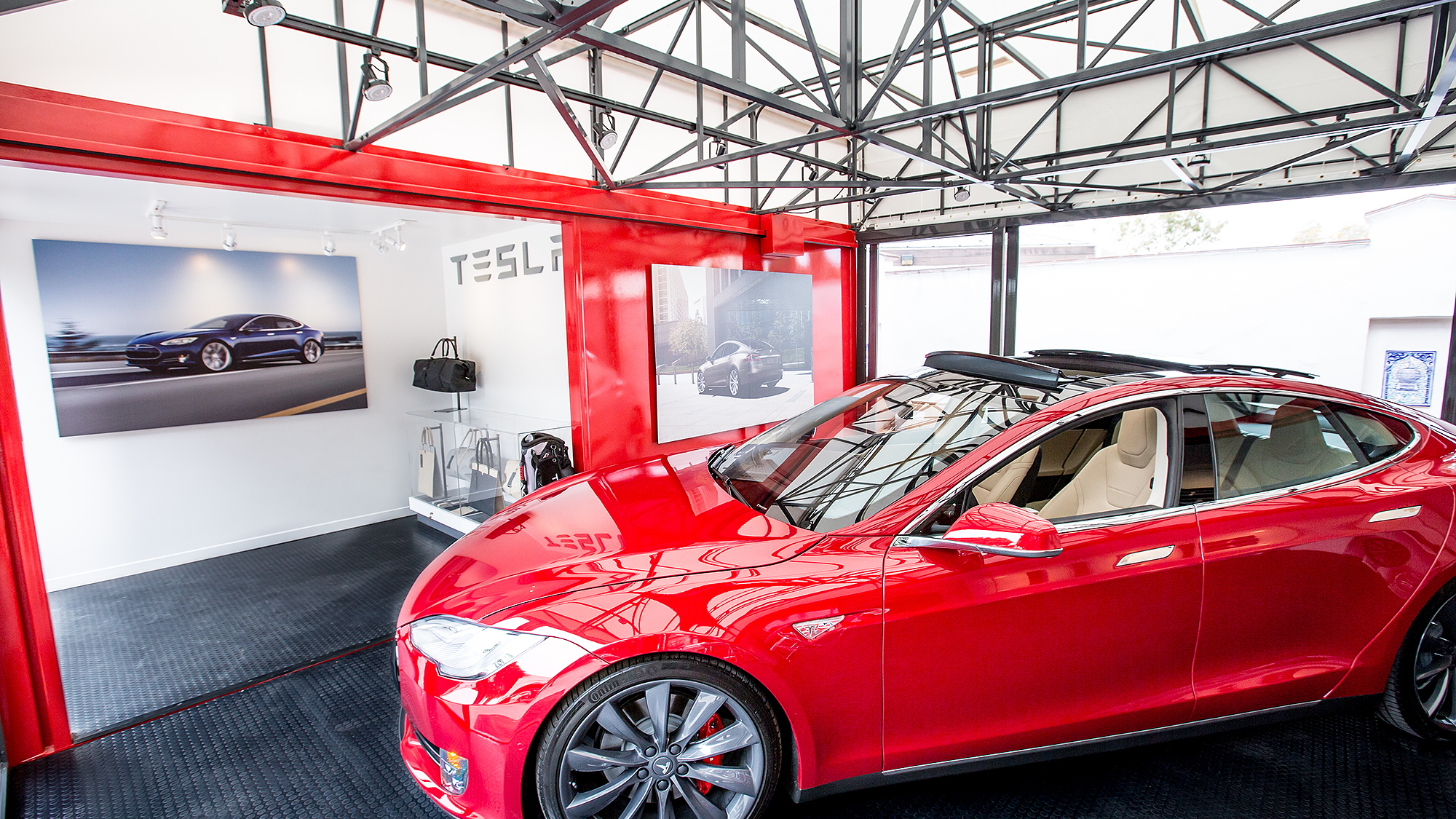 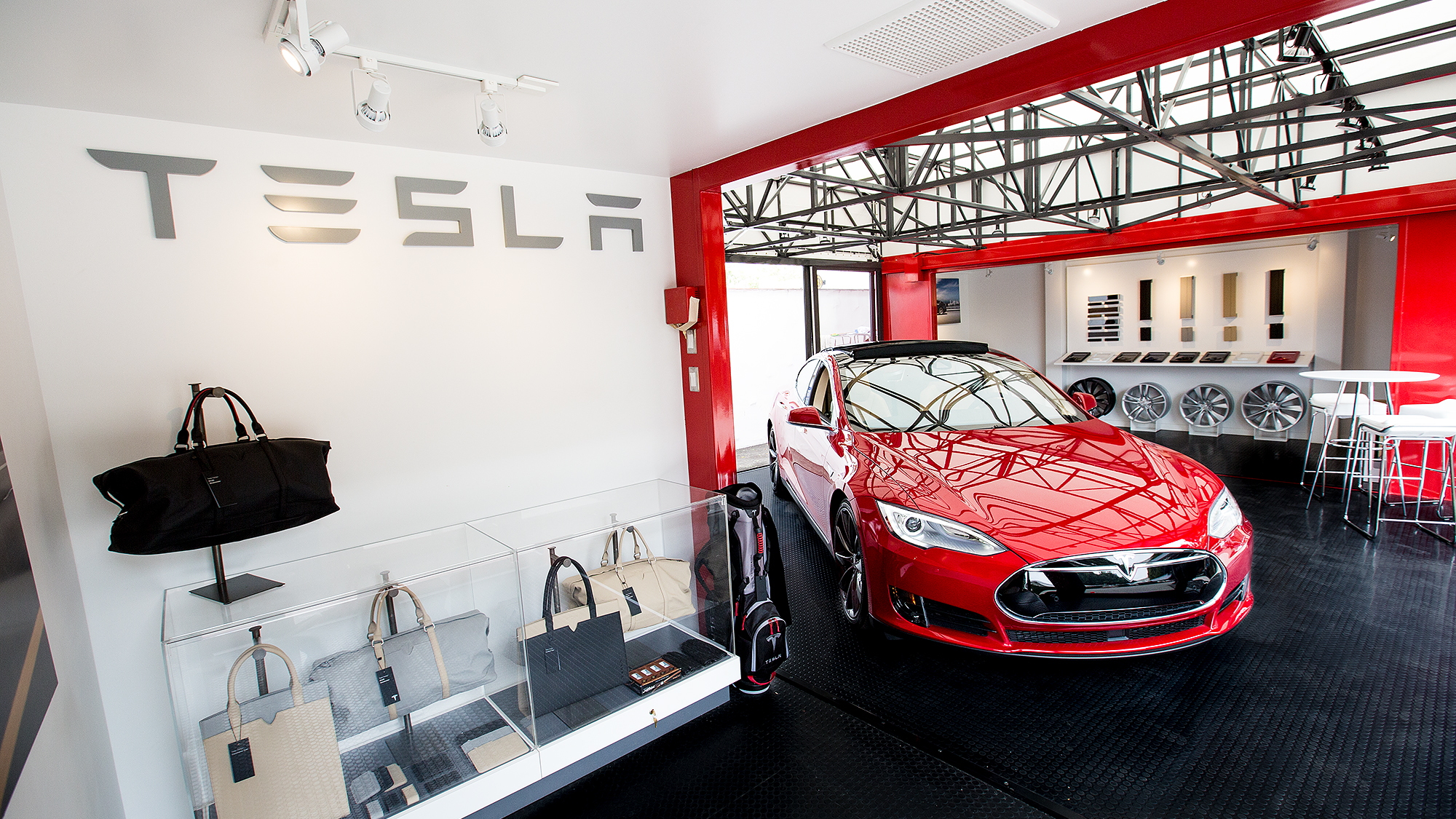 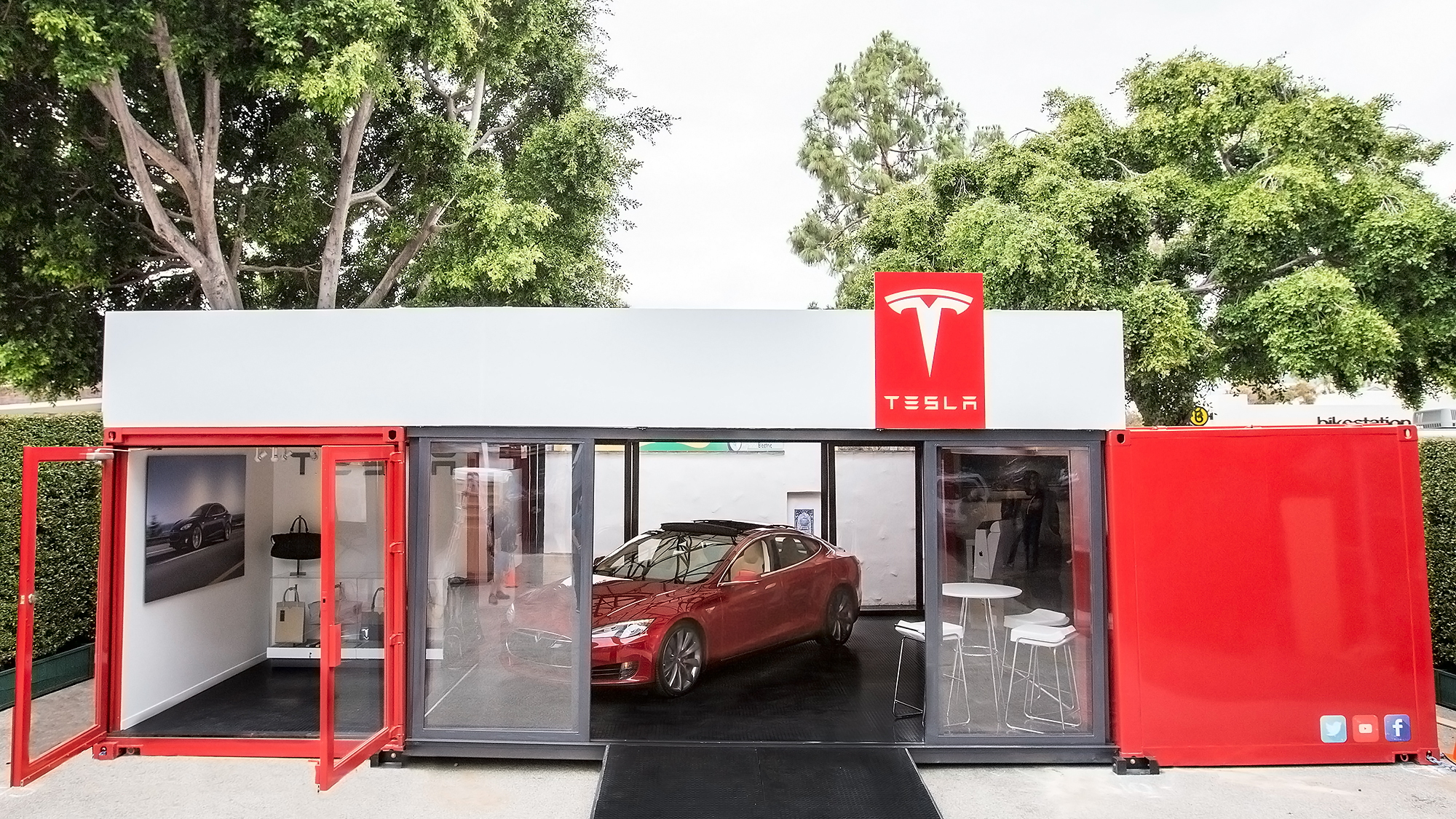 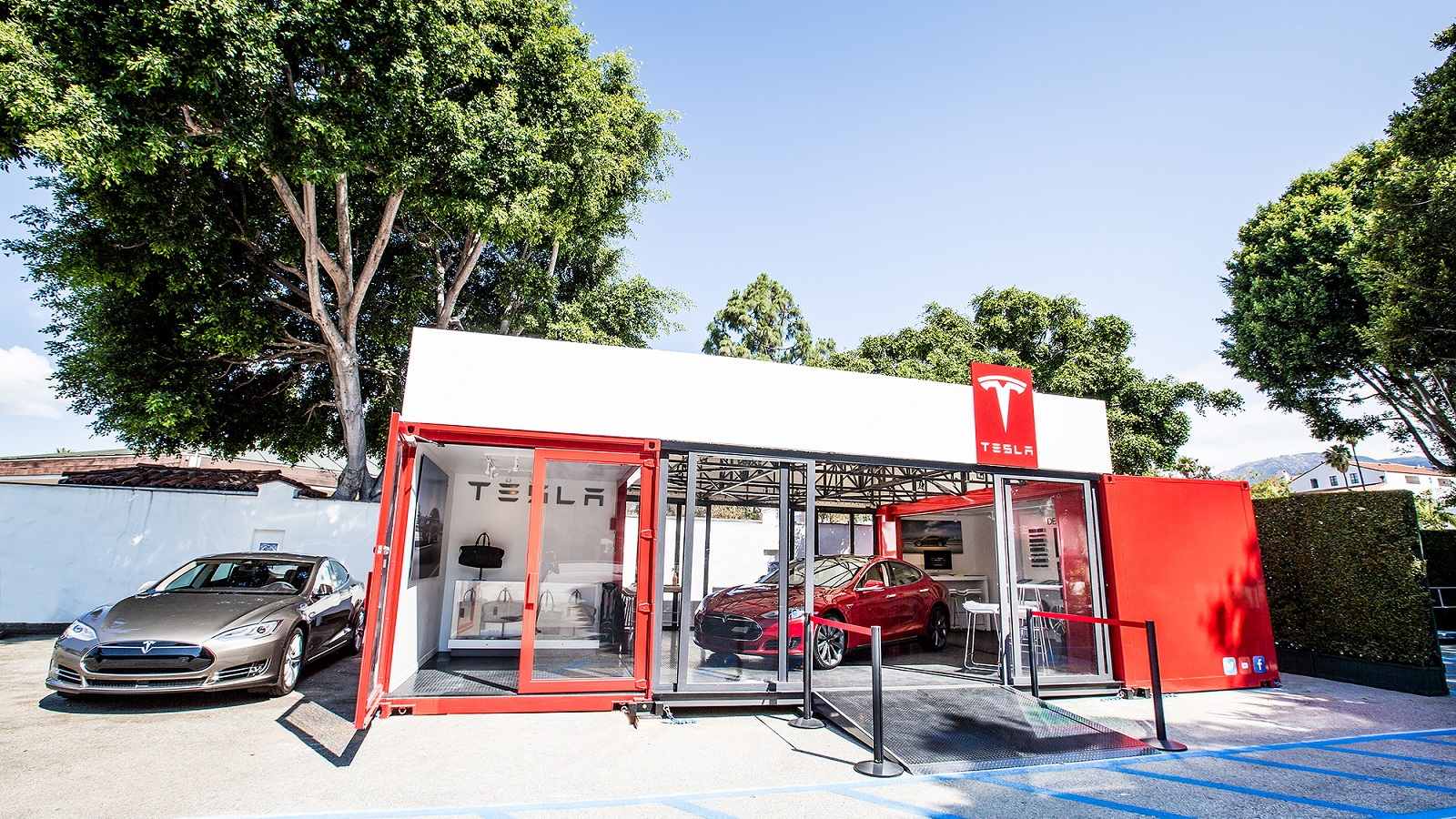 So-called popup stores are an increasingly common way for retail brands to get media attention and attract new customers, without the expense of building and staffing a full-time location.

As noted last week by the investment site The Fool, Tesla is offering "a touring, full-fledged store experience -- a feat auto dealers may have difficulty matching."

Contacted by Green Car Reports, Tesla's Alexis Georgeson said the store will stay in Santa Barbara for one month.

Then it will head to its next stop: the swanky group of towns that make up the Hamptons on the east end of New York's Long Island.

Store staff will educate visitors on electric-car ownership and driving, with interactive displays and personal consultations. Test drives will also be available.

Georgeson elebaorated: "The unique shipping container experience was designed to be mobile, and [to] follow customers to the summer’s most popular destinations.

"Designed in-house, the unit arrives and unfolds to double its size in just a few hours. The pop up is made of two shipping containers with steel beams between them and a canvas roof.

"The entire space, once assembled is the width of about four side-by-side shipping containers.

"The structure is mobile; it arrives by truck and assembles in just a few hours.

"The mobility and convenience of this design allows Tesla to bring our unique retail approach to customers in new locations where we do not yet have a brick-and-mortar location."

Tesla's model of educating consumers in company-owned stores and then selling cars direct to buyers online is being fought by state and national auto-dealer groups.

Those groups and their lobbyists have succeeded in getting laws changed laws in some states to ban the company from selling cars itself.