In a press conference this morning, Musk revealed the goods: an over-the-air firmware update that, while not increasing the range of the car, will at least set the driver’s mind at ease about how far he can really go before the juice runs out.

Firmware version 6.2 is now in Beta testing and, according to Musk,  will be sent out to the Model S fleet at large in about ten days.

The centerpiece of the upgrade is a Range Assurance app that will constantly assess whether the Model S has enough juice to reach its destination.

The app constantly monitors outside temperature, elevation changes, wind, driving speed, and heat/AC use. If the app determines that range is insufficient to reach the destination, it will warn the driver well in advance. 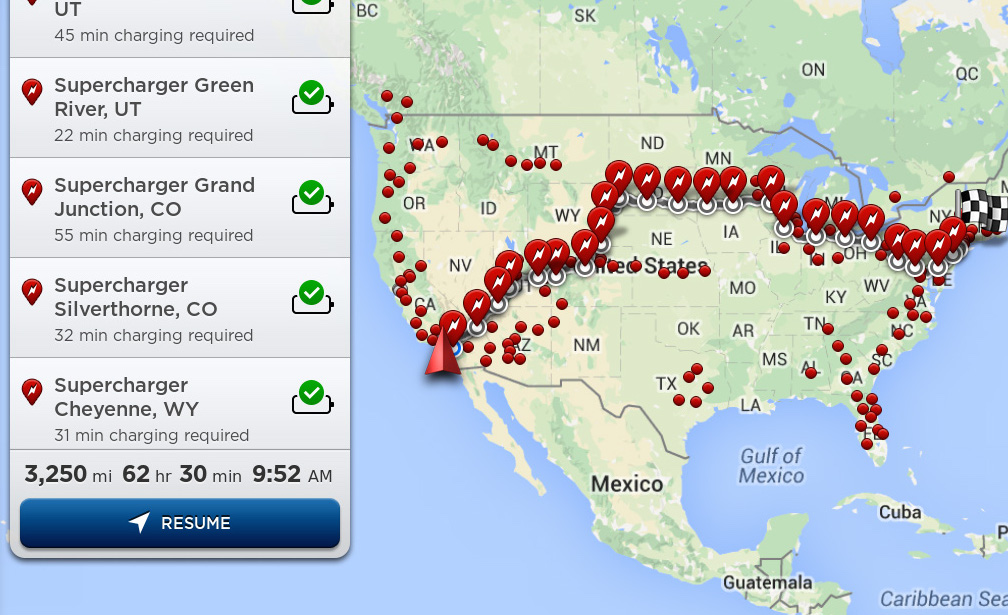 The app will make it “effectively impossible to run out of range unintentionally,” according to Musk.

He described the app as “incredibly good,” and said that early testing has shown it to be accurate within less than 1 percent.

Frankly, I’ll believe that when I see it. (Guess I’ll see in about ten days.)

A second app in 6.2 is a Trip Planner that selects the optimal route to a destination based on charger locations. The car will communicate with various Supercharger stations to determine which are operational and available, and select a route accordingly. 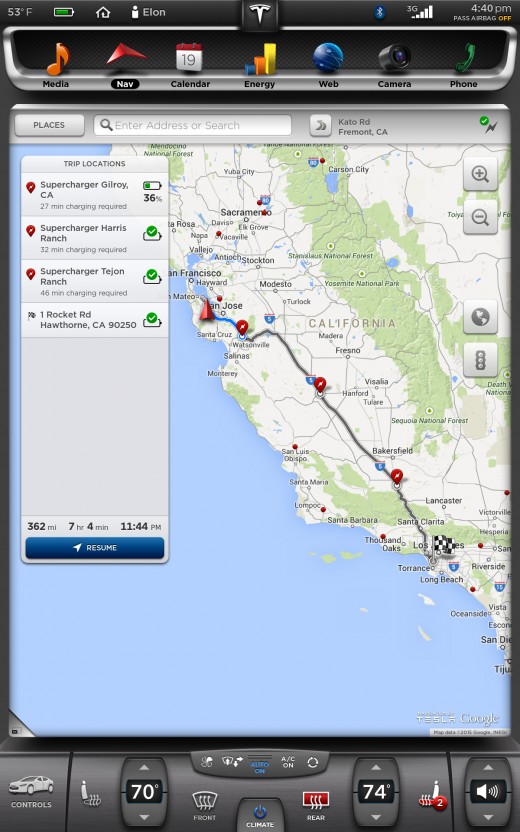 The app will also take into account the much-slower Tesla destination chargers now proliferating at hotels and restaurants around the country. It will give priority to the Superchargers, Musk said.

The Trip Planner will also notify drivers when their cars are charged sufficiently to reach the next Supercharger.

He described the trip planning app as “intelligent cars and intelligent charging stations communicating with each other in a big network.”

In addition, the new firmware will upgrade the sound system and improve radio reception. A “valet mode” will limit power, speed, and screen displays.

Finally, 6.2 will improve the “feel of the accelerator and brakes.” Musk did not elaborate on precisely what this meant.

For  sensor-equipped Model S’s built since last October, version 6.2 will also include some of the promised autopilot features, such as auto-emergency braking and blind-spot warning.

As is his wont, Musk also teased firmware version 7.0 for sensor-equipped cars, due out in about three months. 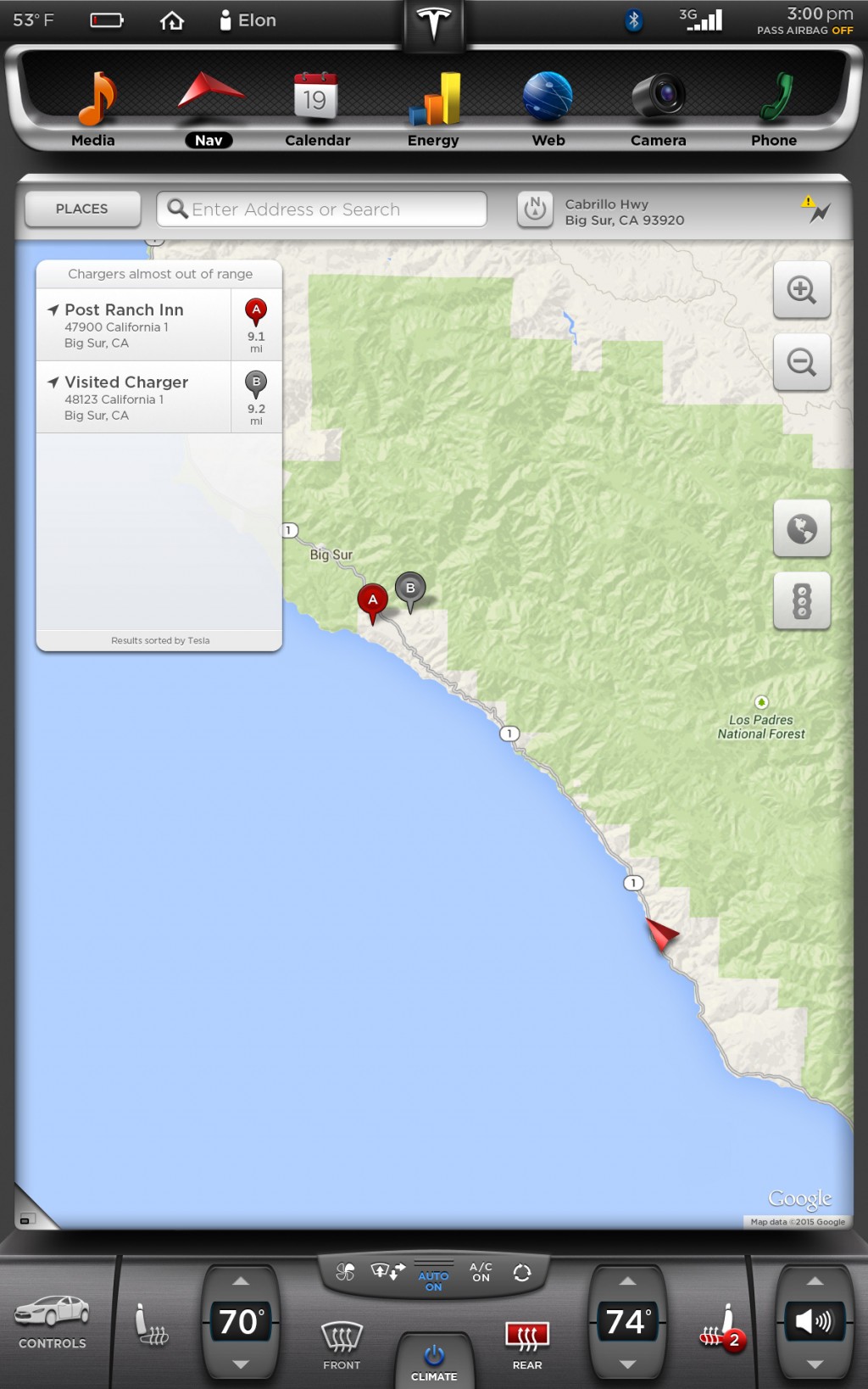 It will include more of the long-promised auto-pilot functions, primarily an auto-steering mode for highway driving.

According to Musk, the auto-steering has already been successfully tested on a San Francisco-to-Seattle run without the driver ever touching the wheel.

7.0 will also include a “Summon” mode, in which the car will drive itself to or from a given location—garage to front step, for example.  This feature can only be enabled on private property.

Put to the Test

For me personally, the timing of update 6.2 and its Range Assurance app couldn’t be better.  In 12 days, I’m scheduled to depart on a 2700-mile cross-country drive from my winter retreat in Carpinteria, CA back home to Mountainville, NY.

Will the Range Assurance app really be accurate to within one or two miles out of 265?

If so, it will be a huge step forward for Model S drivers on long trips. Range anxiety will indeed be a thing of the past.