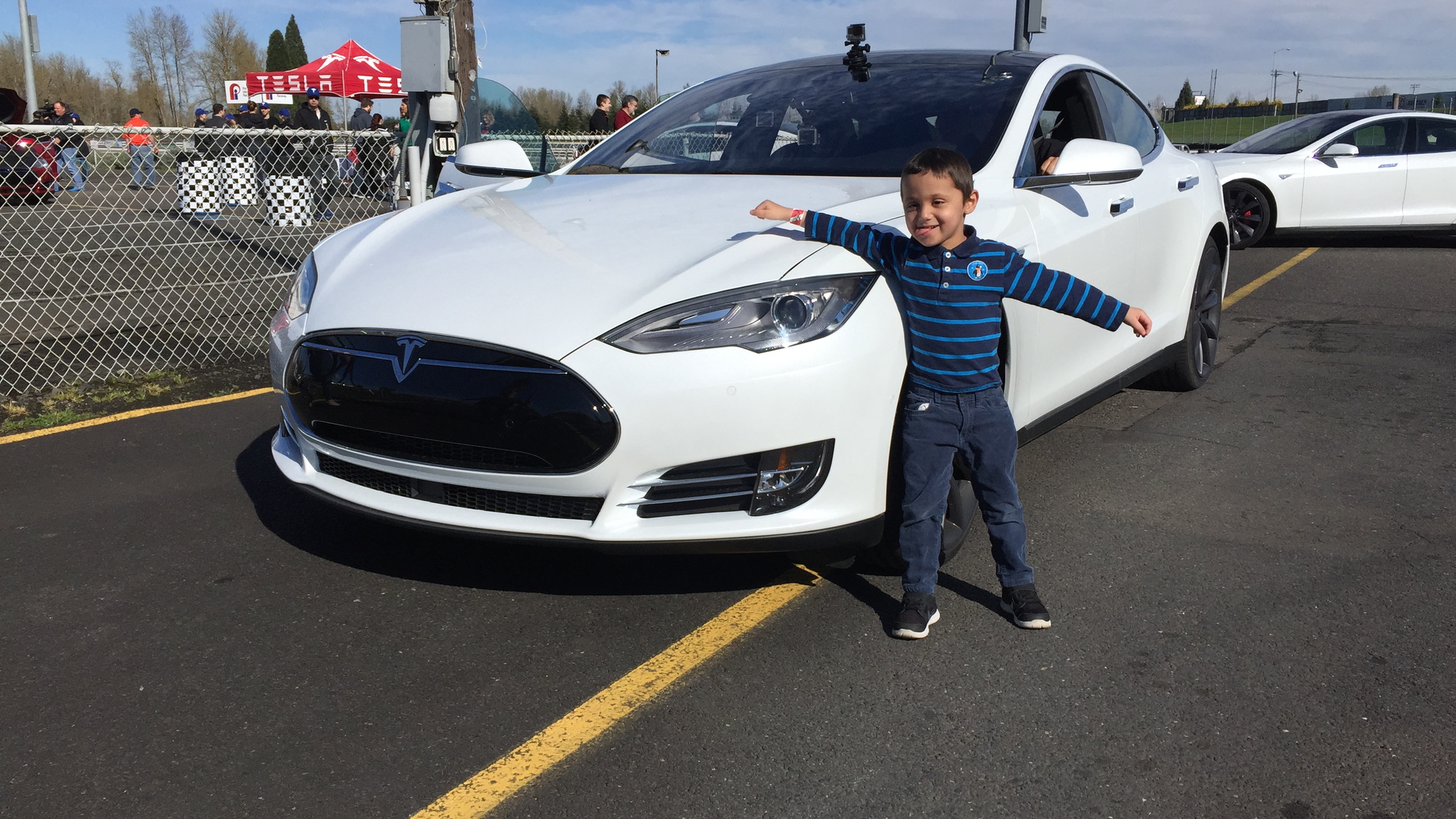 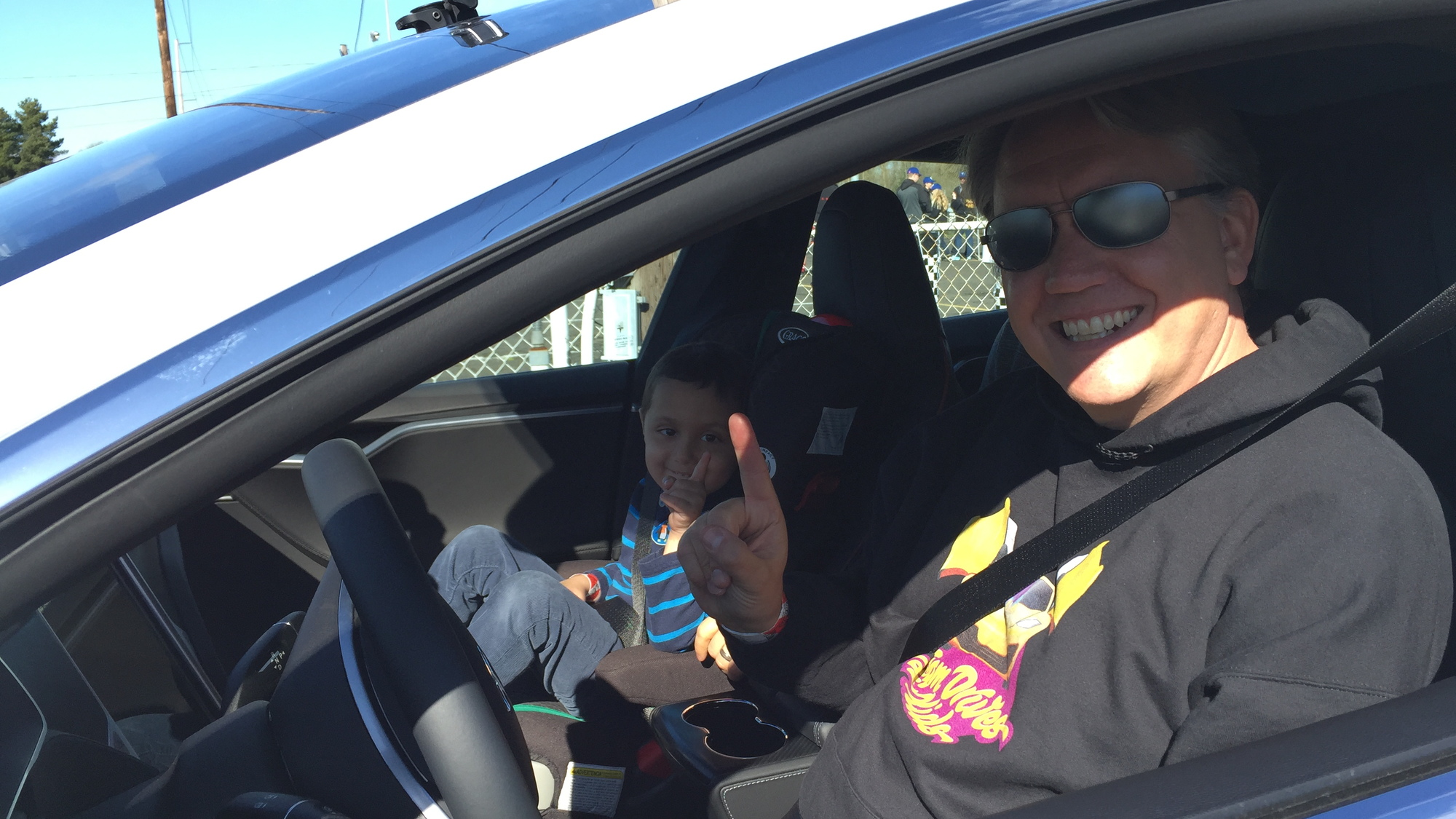 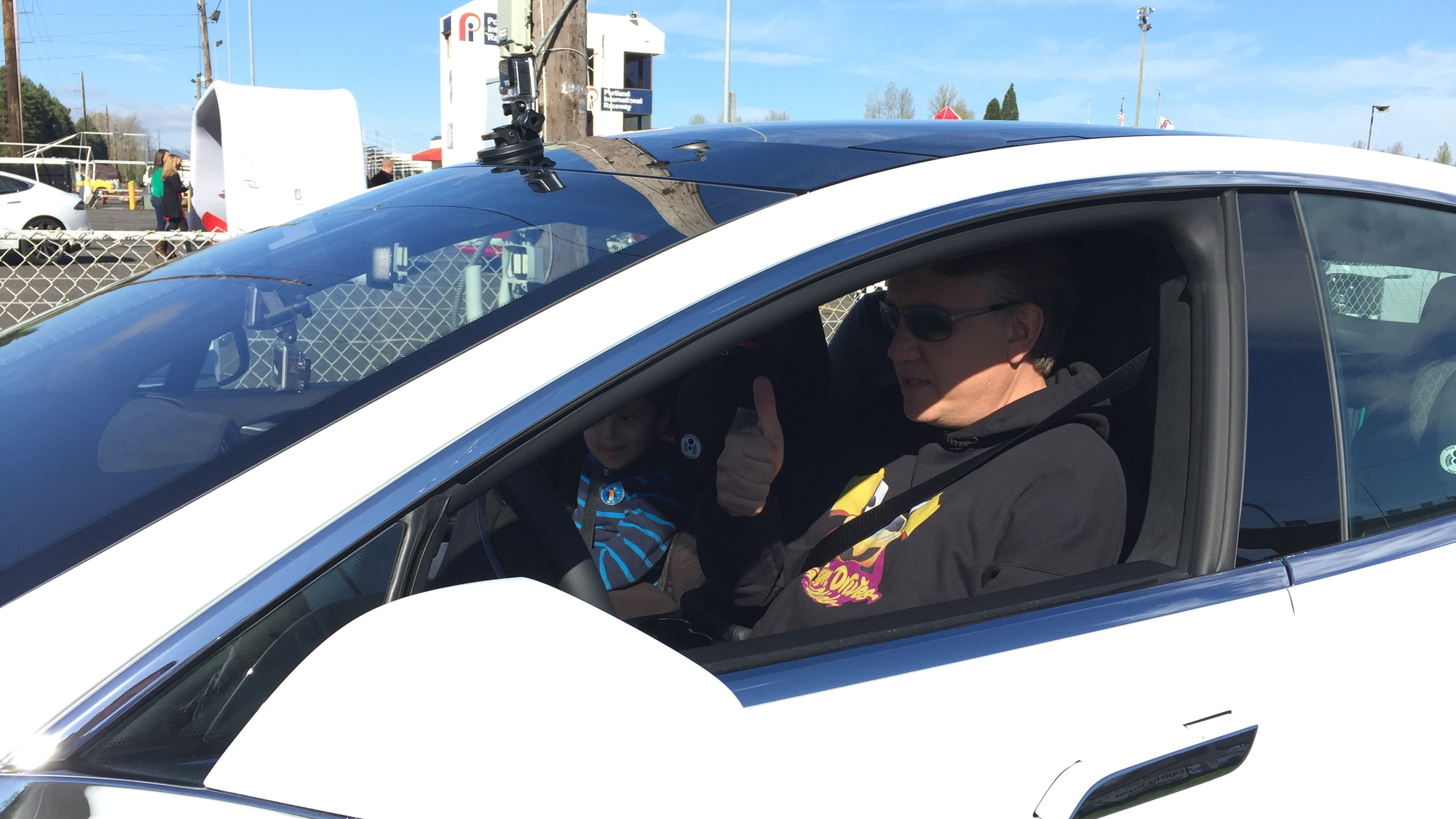 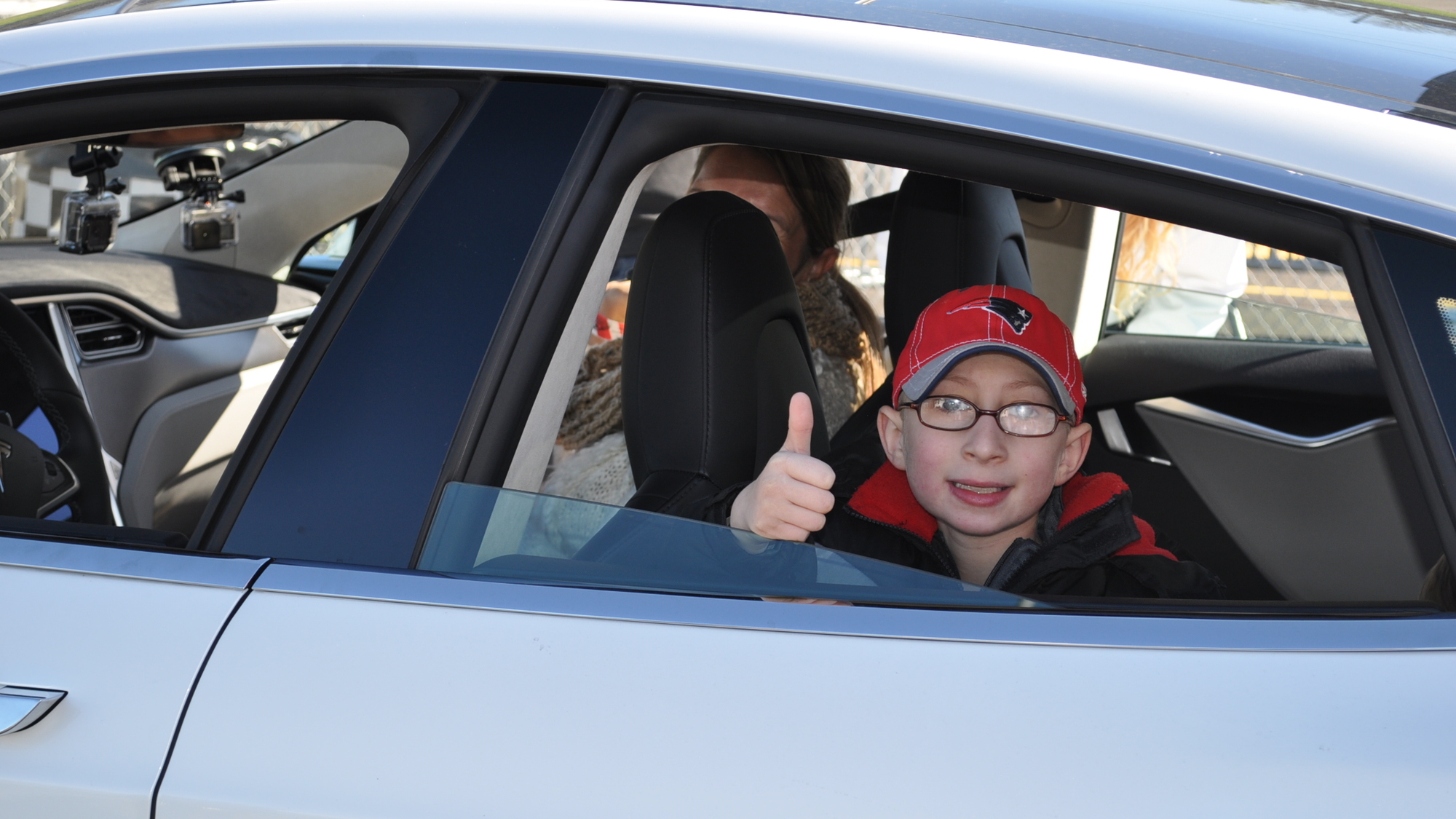 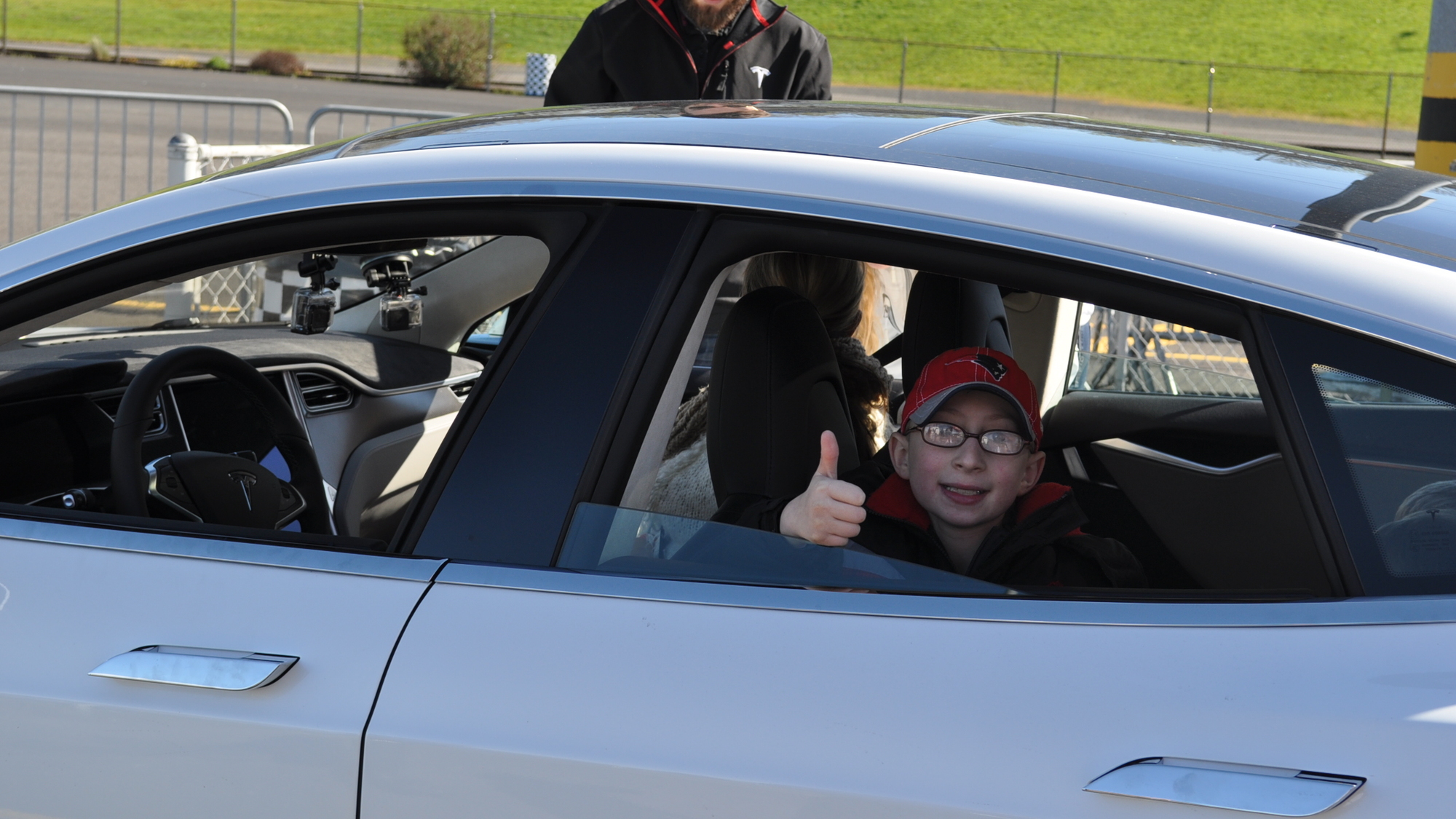 If you haven't heard of the all-electric, all-wheel-drive Tesla Model S P85D--and you're reading about green cars--you may not have been paying attention.

Tesla Motors claims the P85D is the fastest four-door sedan on the market, at least from 0 to 60 miles per hour. To date, no other automaker has stepped up to argue about it.

We've seen the Tesla P85D destroy supercars and muscle cars, and we've seen it scare the daylights out of adults.

But what about kids?

How do they react to Tesla's "insane" mode?

Thanks to Tesla and Dream Drives for Kids, we now know the answer to that question.

Our video shows kids experiencing a wide range of reactions. Some scream and laugh; others go completely silent and close their eyes as they experience the g-force produced by the car's "Insane" mode.

Tesla's doing a tour with some of its new P85D models these days; in Portland, Oregon, it partnered with Dream Drives for Kids for a few hours of fun.

The Dream Drives group helps local children who are fighting life-threatening diseases by giving them a dream drive in a supercar--and a memory that will last a lifetime.

The Petersons--who created and run the Dream Drives for Kids program--invited families they've worked with to Portland International Raceway to let the kids experience the P85D's "Insane" mode launch, along with a lap around the race track.

The parents came along for the ride too, because who could resist?

A quick refresher: The P85D is the all-wheel-drive version of the Tesla Model S, and it's also the highest-performance model you can buy from the Silicon Valley automaker.

It has the ability to modulate power delivery to each of its two electric drive motors to ensure maximum traction at all times.

This allows the car to literally launch itself off the line using 100 percent of the available torque, and no wheelspin at all.

Of course, these kids don't truly care or know how the car works. It could run on unicorn dust and they'd still be laughing and screaming as it launches--but the reality is that it runs on battery power.

We asked a few of these kids for their thoughts on the Model S, and electric cars in general, after their rides.

While some were a bit shy, the overall consensus seemed to be that the Model S P85D and electric cars are really cool--and very different from what most of their parents drive.

Naturally, some begged their parents to buy a Tesla, so they could ride in one all the time.

One of the best comments basically summed it up: "That thing is kind of like a roller coaster!"

You can learn more about Dream Drives for Kids here.