Say "P85D" to Tesla owners and fans, and you will see the drooling and twitching and heavy breathing and lustful stares--and more drooling--that Tesla's fastest, highest-performance electric car brings.

The same happens with the word "Hellcat" for fans of high-powered Hemi V-8 performance.

Now, courtesy of two owners--each convinced that their car is the fastest, baddest beast on the road--we know what happens when the two cars face off on the drag strip.

Hint: It's no contest. At all. And the quieter car wins decisively.

As StreetCarDrags notes, the Tesla P85D set a new world record for the fastest-accelerating electric car, with a quarter-mile time of 11.6 seconds and a speed through the finish of 114.6 mph.

The two cars aren't exactly comparable; the Tesla is a five-seat luxury sedan with four doors and a hatchback, while the Challenger is a traditional muscle-car coupe with only two doors and a trunk.

The Charger Hellcat sedan might have been a more direct comparison. But they're fairly evenly matched on horsepower, with the Hemi-engined Hellcat coming in at a stated 707 hp (some suggest the actual rating may be higher). 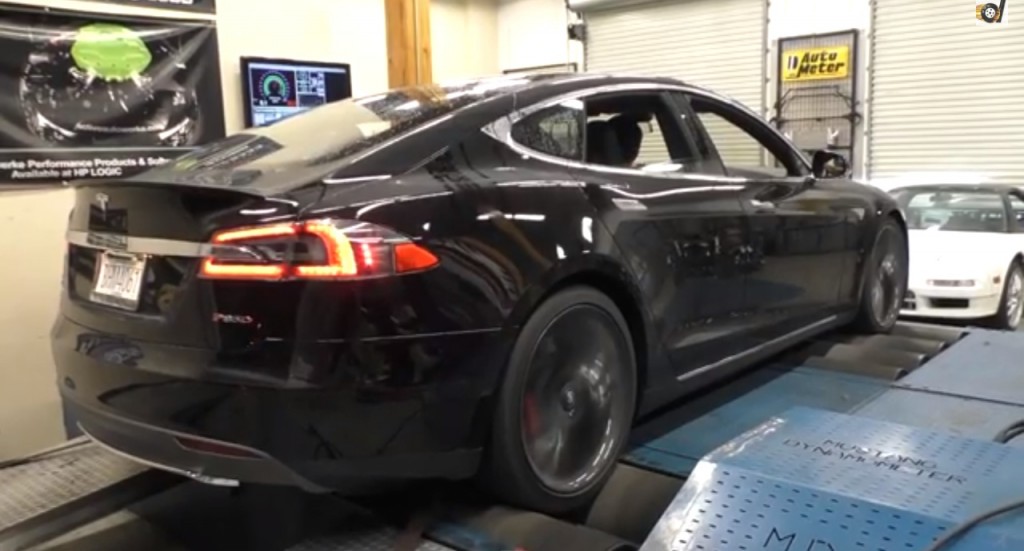 The P85D, meanwhile, has a combined output of 691 from its front and rear electric motors.

That may indicate one reason why the electric luxury car thrashed the old-style gasoline muscle car so decisively: All four wheels are powered.

The Hellcat, as you'll see, is all about rear-wheel burnout. Fans of tire smoke will like its practice burnout (starting around 0:41). 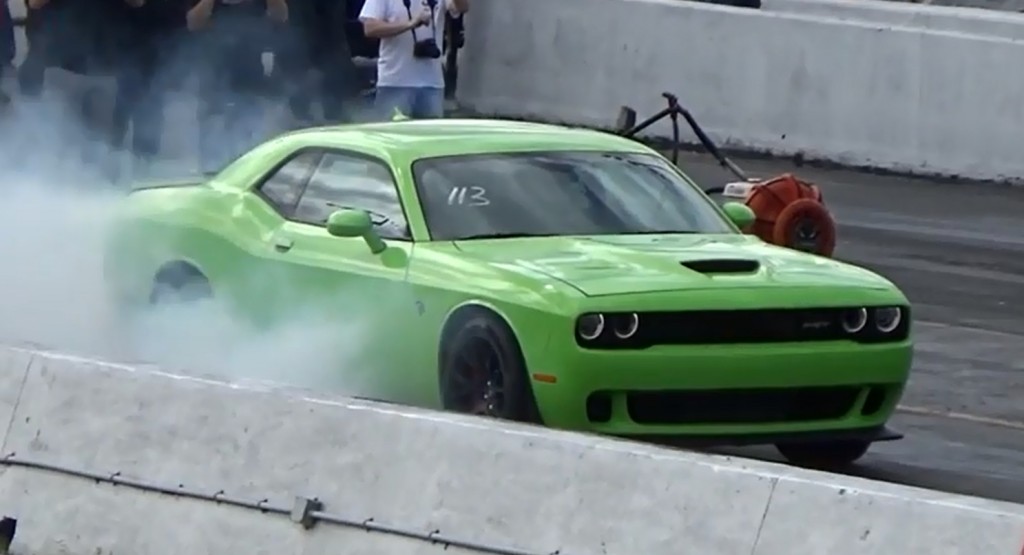 But the appeal of raw electric power is amply demonstrated in the video.

So which soon-to-be-humbled high-performance car will be next to face off against the P85D?

And, now, can we please stop with the "wimpy electric golf car" stuff?